10 Reasons You Should Visit Paris in the Summer 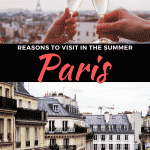 People usually tell you to avoid Paris in the summer because of the crowds and humidity. This is why it can actually be an ideal time to visit.

The warm spring days we’ve been having in the Pacific Northwest lately have only made me think more about summer and what I want to do with it. Summer is a time for adventures, of getting lost in new cities, enjoying long days, and having chilled wine catch-ups on rooftops during warm summer nights. Summer is also the time to travel.

The first time I ever solo traveled was doing a trip to Paris in the summer. It was by no accident that I ended up in the City of Light by myself. From a young age I had always been fascinated by Francophone culture and had dreamt of going to Paris for years. I thought it was only fitting that it would be the first place to find my independence as a solo female traveler.

That summer, I had just finished up a culinary program in Florence, Italy with a group of other Americans. When it was done, I took a one way flight to Paris to explore the city on my own for a week before tackling the rest of Europe with a group of new traveling friends.

I quickly fell in love with the very lovable French city, and realized just how many things there were to do in Paris in the summer and how a week was simply not long enough for one of the coolest cities in Europe. At least it gave me a reason to make a return visit in the near future!

Now, Paris sometimes gets a bad rap for summer travel since it’s the busiest tourist season and a lot of locals flee the hot cobblestone streets for their own vacations, but you have to remember it’s busy for a reason. Paris can be absolutely wonderful in the summer! The questions now is, if you could get to Paris in an affordable way this summer, would you?

Here are 10 reasons why you should plan a trip to Paris in the summer. 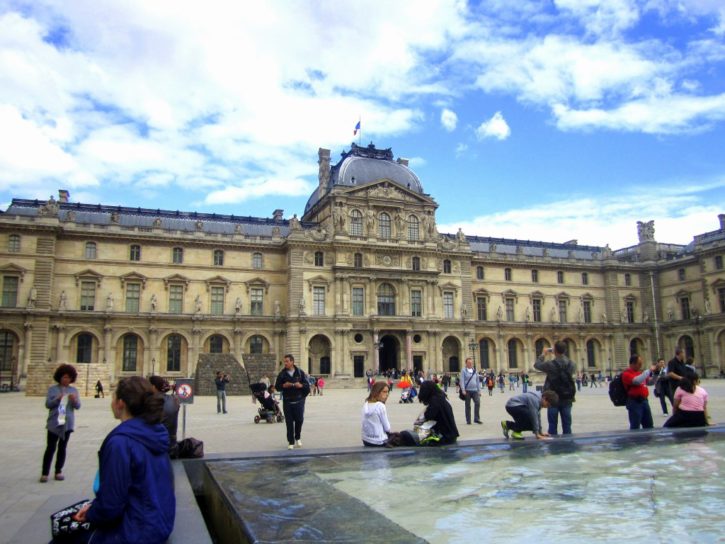 10 Reasons to Visit Paris in the Summer

It’s a city for the romantics at heart

Paris isn’t called the City of Love for nothing. Even when I was traveling there by myself I couldn’t help but sigh with the romantic vibes I found everywhere I went in the city.

As soon as you walk out of your hotel or hostel in Paris, you see the elegant architecture, the colorful cafes, and scenic walks. Paris is the city for the romantics at heart. It’s a place to celebrate and enjoy life in the simplest pleasures and delights.

Summer romances are fun, but who ever said it had to be with a person? A summer romance with the city of Paris or maybe even the French language is such a great way to enjoy a trip to Europe. The most fleeting romances can be some of the best.

Enjoy the best museums in the world…with air conditioning

Did anyone say the Louvre? There’s no reason you can’t sightsee and be comfortable while doing it. Although I love the outdoors, one of my favorite things to do in Paris is museum hopping for a day (or week!).

No matter what type of art strikes your fancy, you’ll find a museum for it in Paris. Honestly, you probably couldn’t even get to all of them in a week. When you’re melting from hot weather, slip into a museum for a day to learn something new. 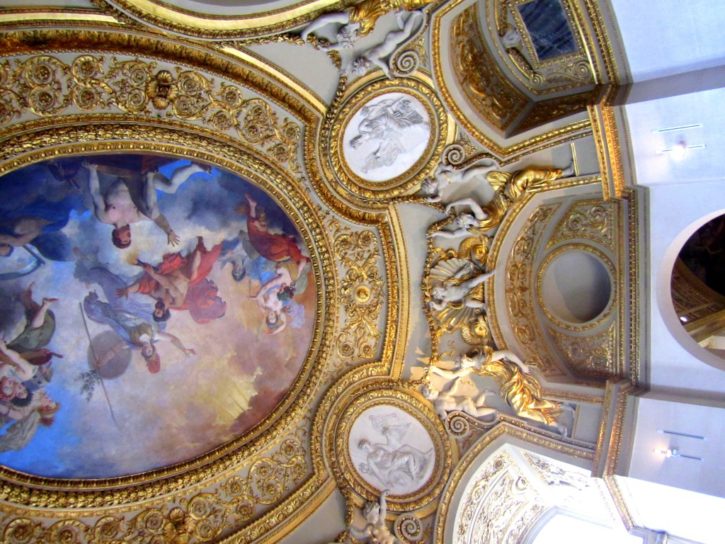 If there’s one thing Parisians know how to do it’s picnics!! A summer picnic at the Champ de Mars next to the Eiffel Tower with beautiful weather is a stunning experience. Make sure to bring the corkscrew, wine, baguette, and cheese!

If picnics aren’t your thing, there are also tons of great food tours in Paris to check out to really get a taste for this foodie capital of Europe.

The UEFA Euro Finals are in town

Football, or soccer for you Americans, is HUGE in Europe and what better way to celebrate getting into it than going to the UEFA Euro Finals, happening from June 10th to July 10th this year? And if sports really isn’t your thing, you could always just go see David Guetta play a free concert at the Eiffel Tower on June 9th – another Parisian treasure.

Take a break from US politics

There’s nothing like a little European getaway to take a break from the media frenzy and constant coverage of the divisive US elections right now. If anyone else is as tired of the mudslinging as I am, use it as an excuse to take a holiday and enjoy a little peace and quiet away from the crazy 2016 election year.

There is so much going on!

Paris in the summer comes alive with a variety of festivals and open-air events. Not that you could ever really find yourself bored in Paris no matter the season, the summer especially has SO much going on.

The Paris Street Music Festival (Fête de la Musique) on June 21st is a popular event, as well as the open-air cinema at the Villette park from July to August, both of which are completely free. The Paris Jazz Festival, Les Etés de la Dans, and Rock en Seine are just a few other notable festivals that all happening in Paris in the summer.

If shopping is your jam, it’s sale season

Unlike America, where there seems to be sales year round, retail discounts in France are state-regulated and are only allowed twice a year in six week periods called Les Soldes. The summer period goes from June through July. If you fancy yourself some classy Parisian outfits, this is the time to come for the massive sales.

There are a ton of gardens to stroll through in Paris, and most of them are in full bloom from April all the way through September.

June is the perfect season to see the popular rose gardens at Parc de Bagatelle and L’Haÿ-les-Roses, and September can actually be a great time to visit Paris for the gardens since the crowds will have thinned out by then but the blooms will still be in full force.

The same can also be said for seeing Monet’s Garden in Giverny if you want a quick garden getaway. Summer is the perfect time to go on this popular day trip from Paris. 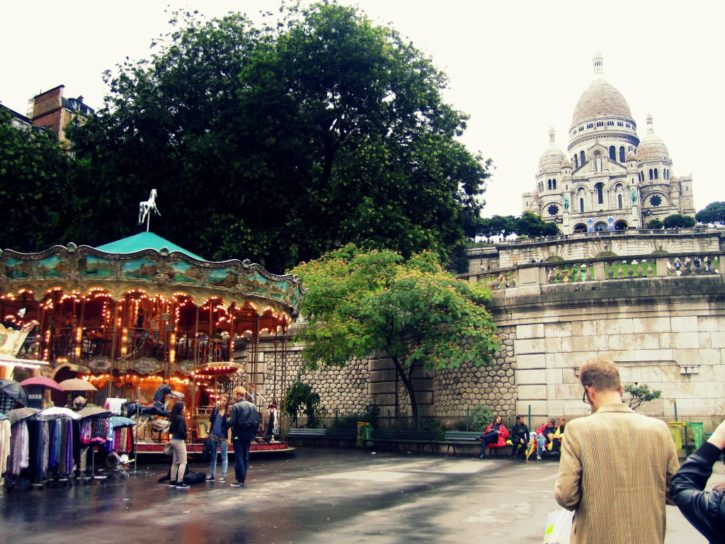 Bastille Day, or more commonly called in France, la fête nationale, is on July 14th every year and marks the day of the Storming of the Bastille in 1789 and the start of the French Revolution. What the 4th of July is to Americans is what Bastille Day is to the French, and I can’t think of a better way to celebrate this day than in Paris to show your love for all things French history and culture.

There’s a traditional military parade that happens in the morning and carries on to a free concert at the Champ de Mars underneath the Eiffel Tower during the evening in Paris. There’s also an epic fireworks show at the end of day and plenty of celebratory spirit to go around. This is one of those things to experience at least once in your life.

Support a vibrant city that has been through a lot

To anyone who says they don’t want to travel somewhere because they deem it unsafe, now is the time to fight that urge and travel there anyway. 2015 was not the best year for Paris. The violent events that happened in January and November of last year were tragic, but that doesn’t mean that Paris is a place you should no longer visit.

On the contrary, now, more than ever, is the time to support local business and the essence of what makes Paris, and the French as a whole, great. Never let fear win or prevent you from doing something you want to do, you’ll miss out on so many profound opportunities if you allow it to.

How to get to Paris in the summer

Now that you’re inspired for the “why” you should visit Paris, what about the “how”? I did promise you an affordable way to get there, after all. Well, I’m excited to let you guys in on a little secret – XL Airways is launching a new direct flight from LAX to Paris in the summer that’s flying 3x weekly from June 1st to September 28th!

There will also be the usual affordable flights from the airline that depart from New York, Miami, or San Francisco as well, making it 18 flights in total connecting America to Paris every week. What better excuse to hop on that plane and indulge in pain au chocolat, French wine, and all the macarons you can handle. And I mean all of them. 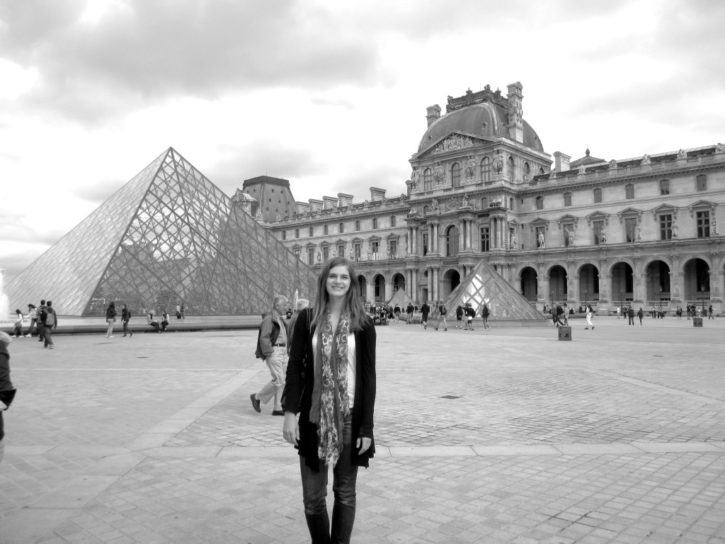 The best part about XL Airways is that it’s not only an affordable way to get to Paris but they’re known for their good value and lack of hidden fees – the main problem with most affordable airlines. Unlike the majority of inexpensive airlines, XL includes meals and baggage in the price of the ticket. A traveler’s dream come true!

This goes a long way in saving money on all the usual secret fees you generally only discover once you go through booking, or even worse, when you arrive at the airport and realize you’re paying about 3x as much for your ticket to add on luggage. I’ve seen this happen so many times before.

If you’re traveling from Los Angeles this summer, you can find direct flights to Paris on XL Airways for as low as $515 one way, or $980 roundtrip, with all taxes and fees included! Truly, there has never been a better time to go see Paris than this summer. And you can easily book tickets directly on the XL Airways website or other discount type sites, like Kayak.

So, are you ready for your Parisian adventure yet? Whether it’s your first time in Paris or your third, a trip to the City of Love is never a bad idea.

The world awaits you, it’s time to get out and discover it for yourself.

Note: This post was brought to you by XL Airways 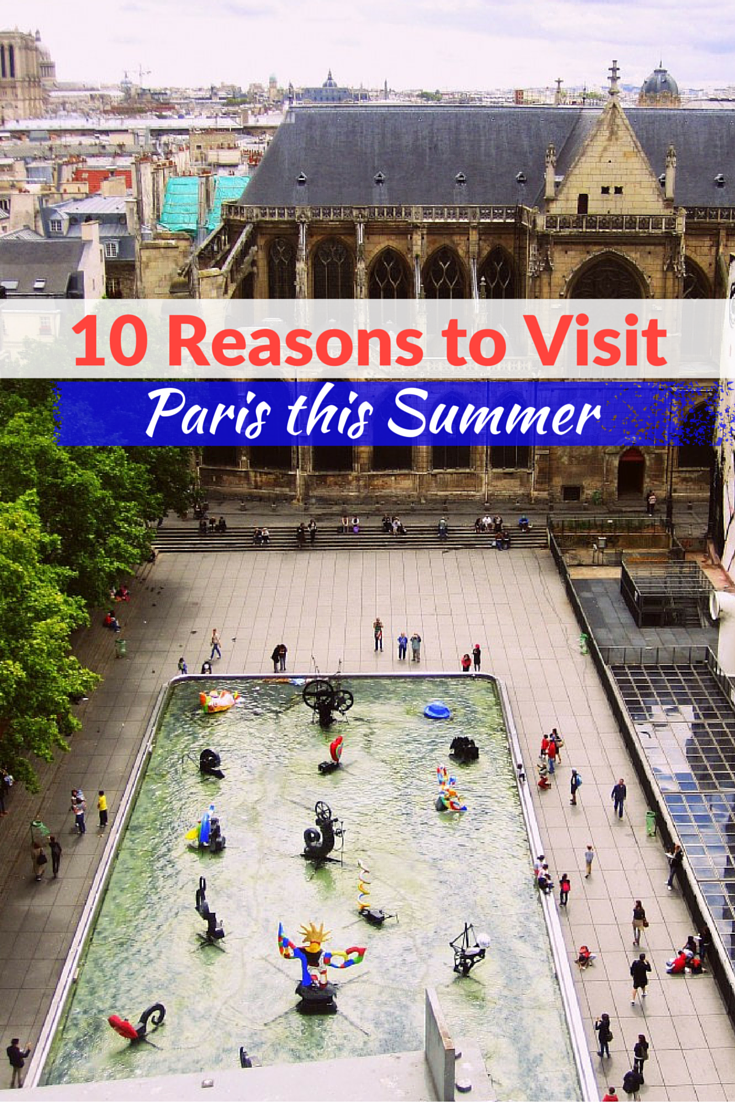