30 Thoughts That Went Through My Head in Paris 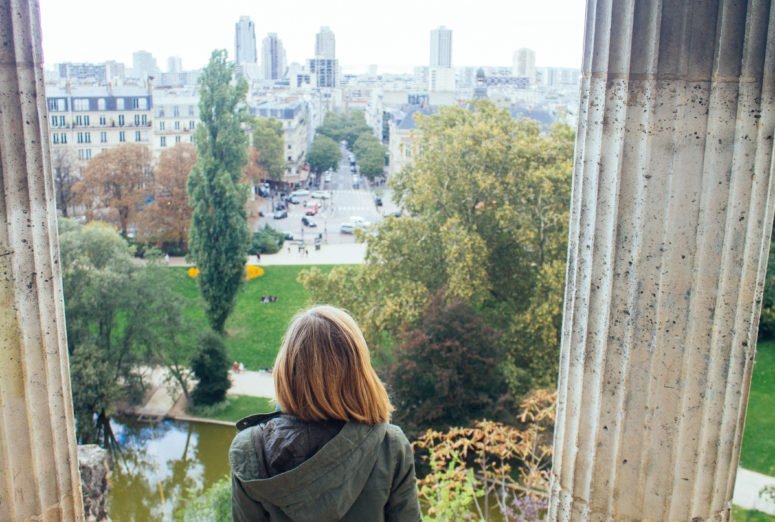 I just finished up a week in this French capital, and as usual, I had a range of thoughts that went through my head while I was in the city. Writers’ brains seem to be in constant motion. Call it a gift or a curse, but my brain is no exception.

In fact, my brain is more the equivalent of a dog when he sees a squirrel – easily distracted and excited about the mundane things in life. But who can blame me when the city is filled with so many hidden gems.

I make it sound like a cool superpower when I describe myself as having “the curiosity of a child”, but really I just have a lot of random thoughts that ramble through my brain on any given day.

These were a few of the deep thoughts and reflections I had about French life while I was in Paris.

Is he… wow, yep he’s peeing into that grate next to the metro platform. Do you think that’s what it’s for? Do they have a public urinal in the metro? No, surely not.

French men seem to be partial to beards and pointy shoes.

Why do people run like their life depends on it to catch the metro?… guys, c’mon the next train is coming in like tops 3 minutes.

I love the cafe culture here, people drinking espresso and talking about deep things. *sigh* what a life. 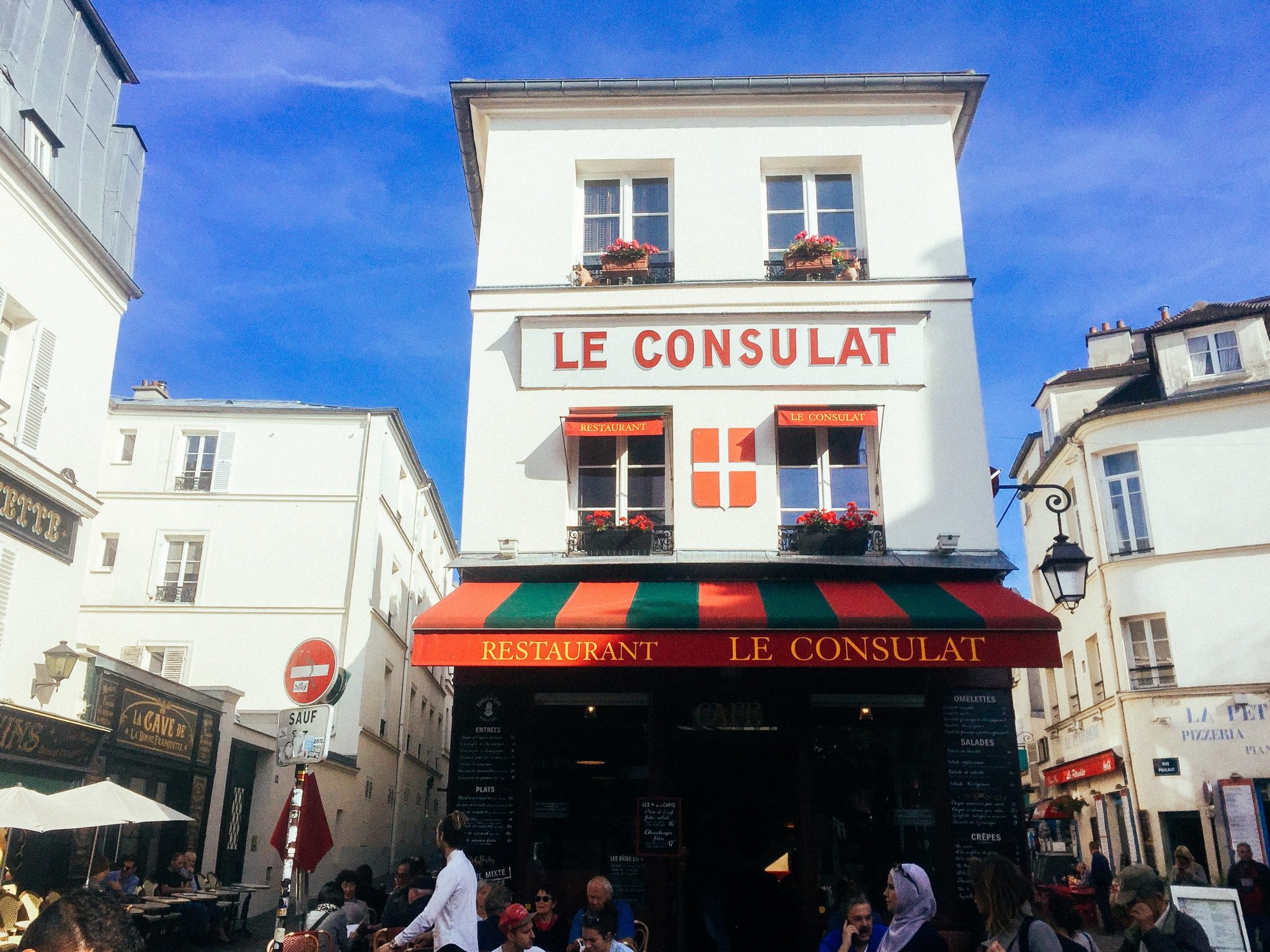 Why do people fixedly stare at me when they’re sitting at cafes? People watching is pretty much a national sport here. I feel eyes on me again. I should make a silly face next time I pass. Should I? No… Maybe. I got it, I’ll do the Jenna Marbles face. HA HA.

I just heard THE laugh. The quintessential French laugh from a French man who was not joking – a la Lumière in Beauty and the Beast. HON HON HONNN. I’m pretty sure there was even a little snort in there. I can die happy now.

Is that an accordion I hear? In the metro? So cliche but what a sweet way to spend those 3 minutes waiting for the next train. If only he was wearing a beret. Okay Paris you’re cool, I get it.

It’s totally socially acceptable to walk down the street chewing on a whole baguette. I dig that.

French women have that messy bun, I woke up like this #flawless look down pat. When I try that look, I look like, well, like I just woke up..but in a way where my hair is sticking to the side of my face and I didn’t realize I still have last night’s eyeliner on, smudged like a 4 year-old was testing her abstract crayon skills.

Parisians are such lovely people, why do people say they’re rude? *Guy hocks a loogey next to me almost hitting my shoe.* DUDE. But really, other than him, people have been so friendly here.

When did bagels become a thing in Paris? I’m down with that. Hmm now I really want a bagel. Bagelzzzzz.

French men are not actually smelly unless you count the lingering smell of stale cigarette smoke…or you find yourself on the metro during evening rush hour situated just perfectly under the armpit of the man next to you. Like right now.

There are so many tiny dogs here.

What a wide range of fashion in Paris – everything from chic homeless to Harvey Specter’s wardrobe from Suits.

Awwww more groups of school kids all wearing the same Hi Vis vests on a day out, like little ducklings.

Look at him, dressed to the nines in his suit and pointy shoes, he’s everything I would imagine a French Don Juan to look like…fuck, he’s coming right toward me. Oop now he’s… is he trying to dance with me? Why is he whispering into my ear, IS THIS CLUB NOT LOUD ENOUGH FOR YOU SIR? 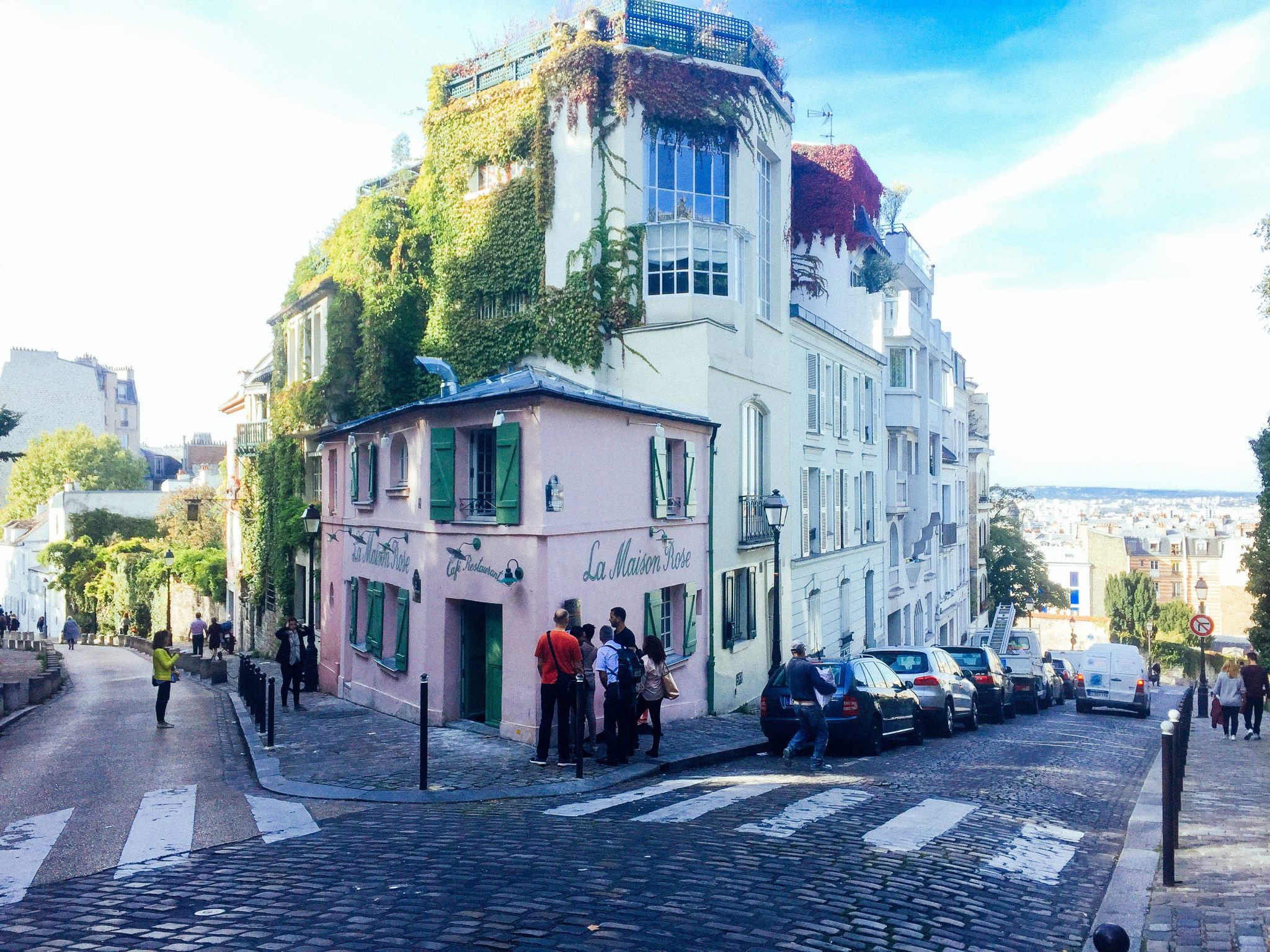 People are really dedicated to reading on the metro. That woman almost gets hit by the metro doors at every stop, is constantly being jostled by people coming on and off, just got off and on again to let someone off behind her, yet has never once taken her eyes of her book. Impressive.

Shit is expensive… but really, not as bad as I thought it would be.

It’s so funny that models are called mannequins in French. They must be extremely good at the mannequin challenge. Now I’m just imagining models standing in shop windows, like live mannequins, haha what a hoot. I love the French language.

Is that a small mouse or an awfully large cockroach running across the tracks?!? Never mind, I don’t want to know.

That is not a DJ in the window of the Gap… OH MY GOD IT IS A DJ IN THE WINDOW AND THERE’S A GUY DANCING BEHIND HIM HAHAHAHAHAHA. *Both in full Harvey Specter suits.

Is it wrong to have a budget just for macarons? 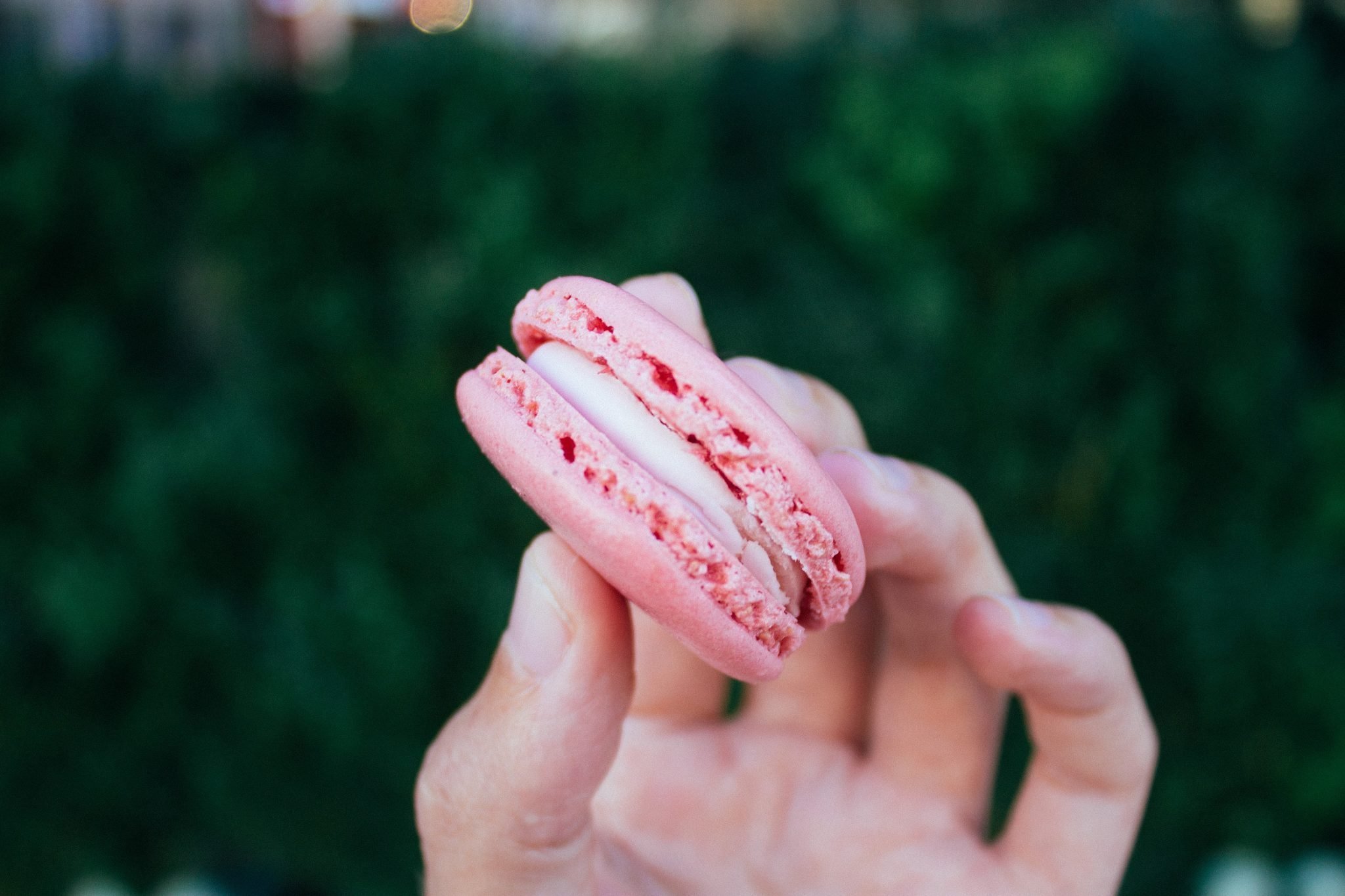 I’ve never thought the French accent particularly sexy, but I’ve taken a liking to it when it comes out of 6’2 guys who have a wicked sense of humor, and look like they just left a poetry reading and are ready to have a deep conversation about the philosophy of John Paul Sartre over espresso.

Woooh that is some strong smelling urine. Someone must’ve peed right where I’m standing about 95 seconds ago.

Even with its smells, hustle, and off-and-on weather, Paris really is a beautiful place. I wonder if I could ever live here. 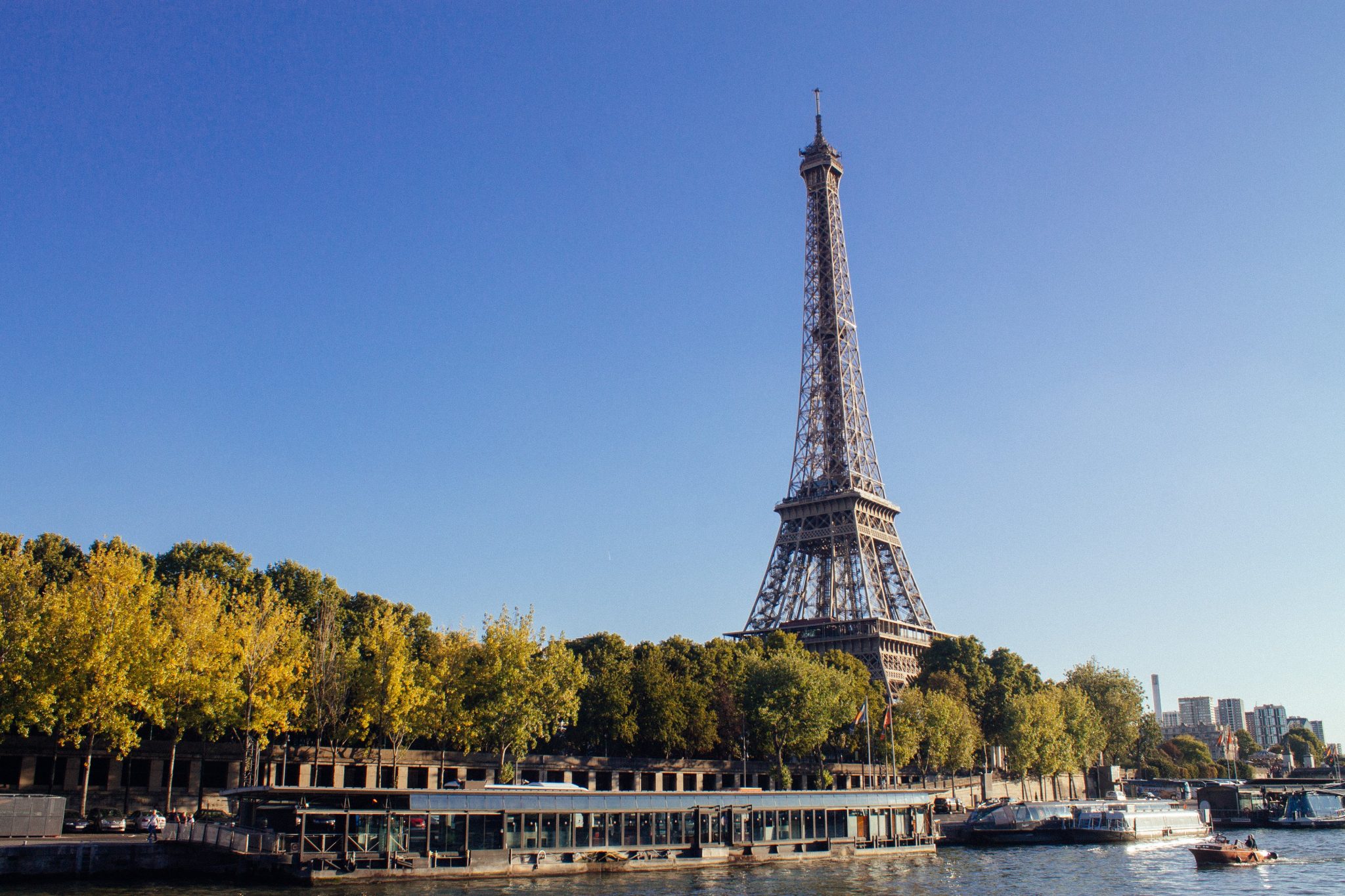 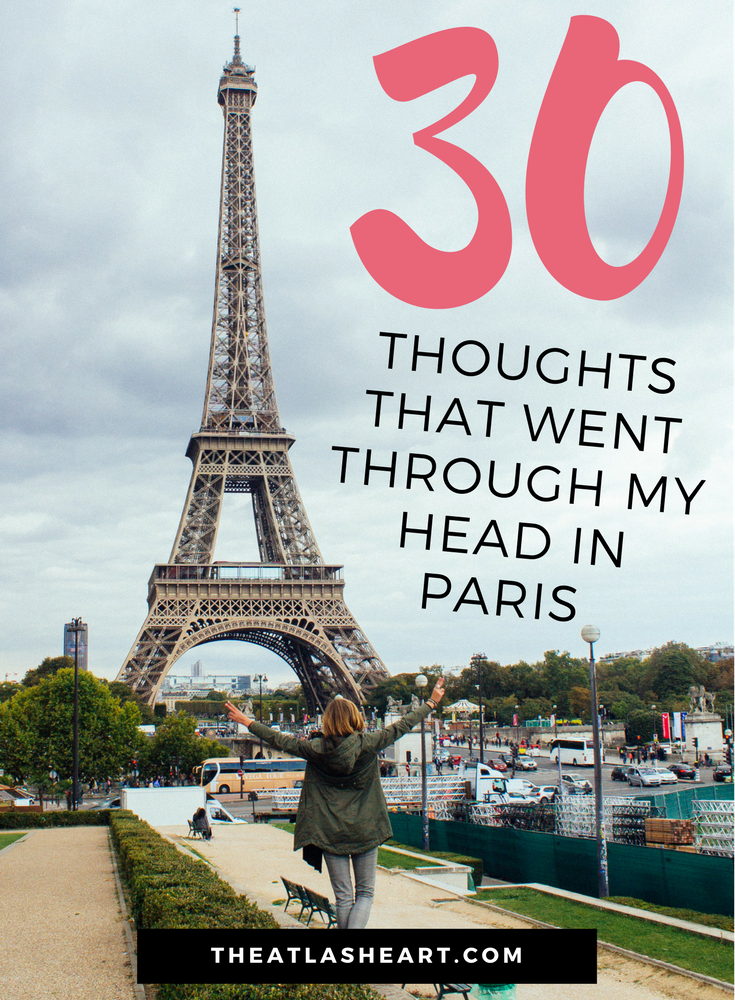