A hike to the Brooklyn Wind Turbine in Windy Welly 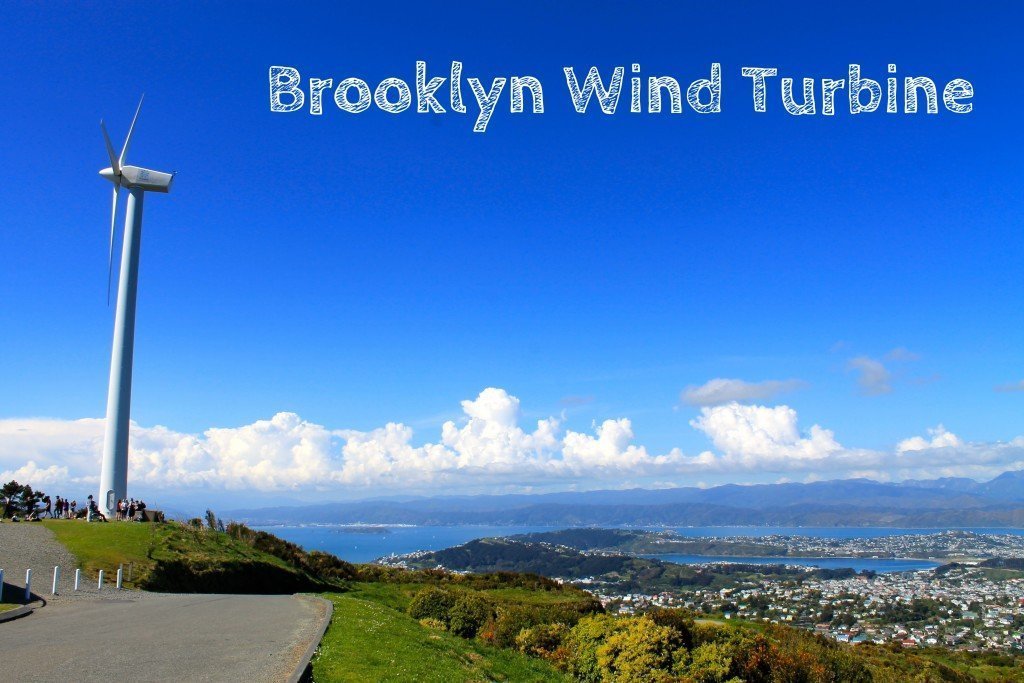 If Wellington as a city was a character in the Captain Planet crew, it would most definitely be Linka, the planeteer that possesses the power of wind. Wellington is the windiest city I’ve ever been to, and for someone who isn’t particularly fond of gale force winds, it has been a transition to say the least.

Wellington is in the perfect geographical position to be a windy city. On the tip of the Cook Strait, the city lies in the only major gap between the many mountains to be found on both islands. The location of the city creates a natural wind tunnel, making the thought of carrying an umbrella around on a rainy day almost laughable.

Locals affectionately call the city Windy Welly, and know as soon as they leave their houses, it’s pretty much impossible to have a good hair day in Wellington.

I haven’t been able to do any beloved outdoor activities recently, such as hiking, because I overextended my Achilles tendon a little over a month ago, and I’ve painfully been out of action ever since.

As the weather became nicer and the spring rains started to dissipate, I kept looking longingly at the many hills surrounding Wellington, knowing how many hiking trails there are hidden beneath the foliage that I hadn’t yet tackled.

Although my Achilles tendon hasn’t completely healed, it’s a lot better than it was, and I finally felt strong enough to go on a good hike yesterday. A hike I’ve always thought casually about doing, but never got around to actually putting in the effort to do. Yesterday, I hiked up to the Brooklyn wind turbine from Newtown, which took a better part of a sunny afternoon. It was basically one hill after another for a good few hours as is usual for Wellington, but it was a good workout for my calves and leg muscles which have been stationary for awhile now. I guess now is as good a time as any to introduce my boyfriend, Kendall, a Kiwi originally from Nelson, and who also seems to have an insatiable adventurous spirit akin to my own. He was more than keen to get some hiking in as well, so he happily came with me and we enjoyed a drop dead beautiful day up on a big windy hill. We left early from my place and ventured off in the general direction of the main trail up to the wind turbine, stopping in for a coffee at one of the many local Newtown cafes. Kendall had already hiked the trail once before so he knew, for the most part, where he was going. While heading through Brooklyn, before reaching the trail, we stopped in for a cheeky beer at the adorable Cornerstore Bar and said a quick hello to a couple of his friends he knew from school. After knocking back a refreshing raspberry wheat beer to quench our thirst, we continued on up some more steep hills. Once we had climbed what seemed like the worst incline of the day, we found ourselves on flat ground with an incredible lookout beckoning for us to pause for awhile and take in the view. There were strange concrete bunkers all around the lookout, and I’m still not sure what they’re used for exactly, but they’re covered in colorful and vibrant graffiti, so I enjoyed walking around and checking out all the talented artwork. We picked a bunker particularly suited for the nice view, jumped on top and ate our packed lunch in the sun. Once we were thoroughly satisfied with our feed, we continued on to the last hill of the day, and finally saw the ridiculously big wind turbine on display up ahead.

This specific wind turbine is the oldest operating wind turbine in all of New Zealand, put in place on the Brooklyn hill in 1993. It stands at 31 meters (102 feet) tall, which is a baby size compared to the ones to be found at the Te Äpiti Wind Farm across the gorge, which stand at 70 meters (230 feet) tall. The wind turbines around Wellington supply a good amount of the city’s daily energy needs, and is another example of how green New Zealand can be. We made our way back to town on a different trail that randomly wove through the mountainside and popped us out from where we had started.

We saw a lot of interesting things along the way…

As well as some traditional Kiwi plants, such as the silver fern and a few korus, the Maori name for unfurling fern fronds.

Overall, it was a good hike that I would recommend to anyone wanting to see the famous Welly wind turbine and experience another great view of the city.

It was seriously the perfect way to spend a spring day in Wellington and to celebrate my returned mobility.

Have you ever explored the many hiking trails around Wellington?