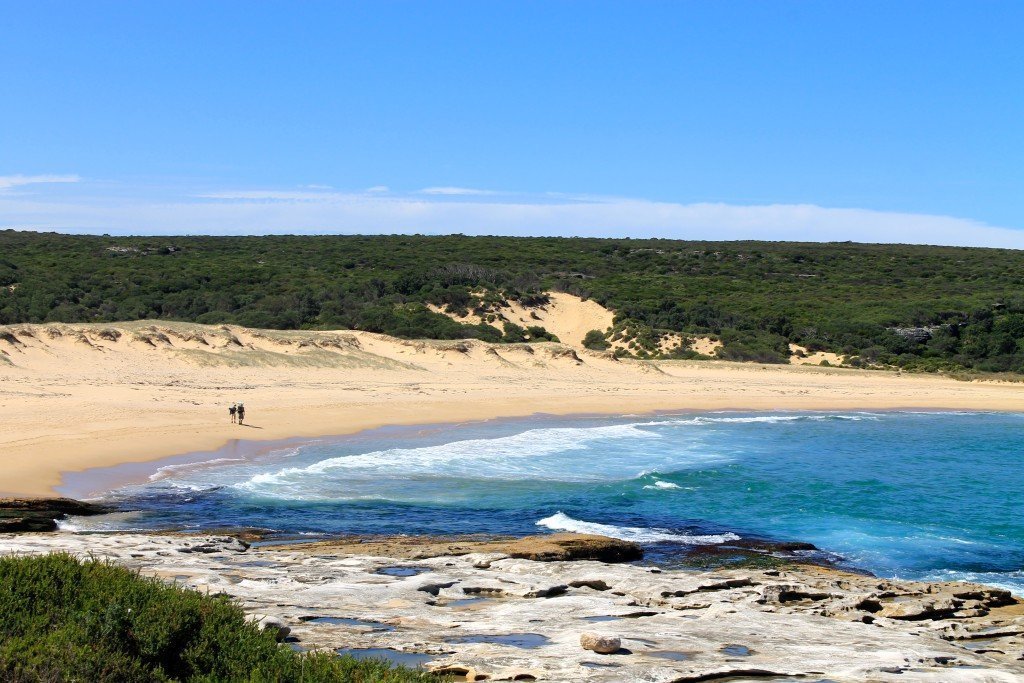 You can tackle whatever outdoorsy activity suits your fancy, whether that be camping, bushwalking, or simply exploring the local fauna and wildlife.

I have to admit, I didn’t do much planning before jumping on a train down to the National Royal Park – I’ll call it Nasho from now on – and it quickly made me realize how stupid that can be when you’re bushwalking by yourself. 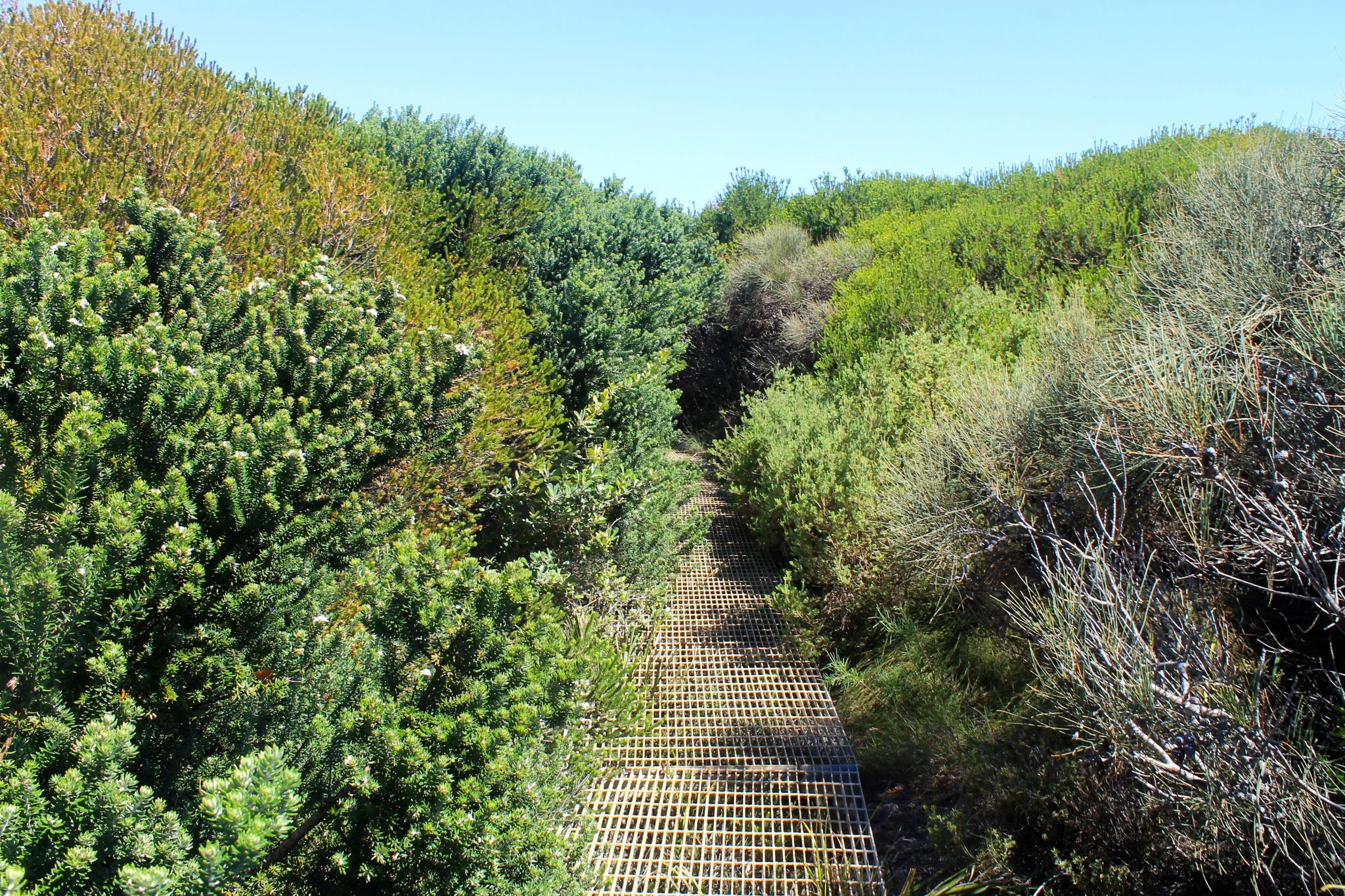 I’ve hiked around the world, most times on my own, so I don’t think too much about it and usually just go for it. Australia is a different animal all together, and I mean that literally because there are so many animals that can kill you, and the land and weather themselves are deadly.

Related: A Day Trip from Sydney: The Blue Mountains

I took a ferry from Cronulla and walked through the little town of Bundeena until I arrived at the entrance of the park, what looked like someone’s backyard. I started into the wilderness, and soon came across one of the only signs I would see all day for the Coast Track. I made my way through the track, all the way down to the deserted Big Marley Heads Beach, and from there cut across a fire trail to get back to the main highway.

I had to walk along the side of the highway until I made my way back to Bundeena. I’m sure there were better ways to go about hiking the park, but it worked out well enough for not planning much of anything beforehand.

I decided to start from Bundeena because it looked like the most direct and easiest way to get to the Coast Track via public transit. I knew I wouldn’t be able to see even 1/4 of the National Park, so I wanted to see the part I thought would have the most drastic views and varied scenery. The Coast Track is the most popular track in the park for a reason, but if you want to complete it fully it takes about two days. I told you it was a big park. 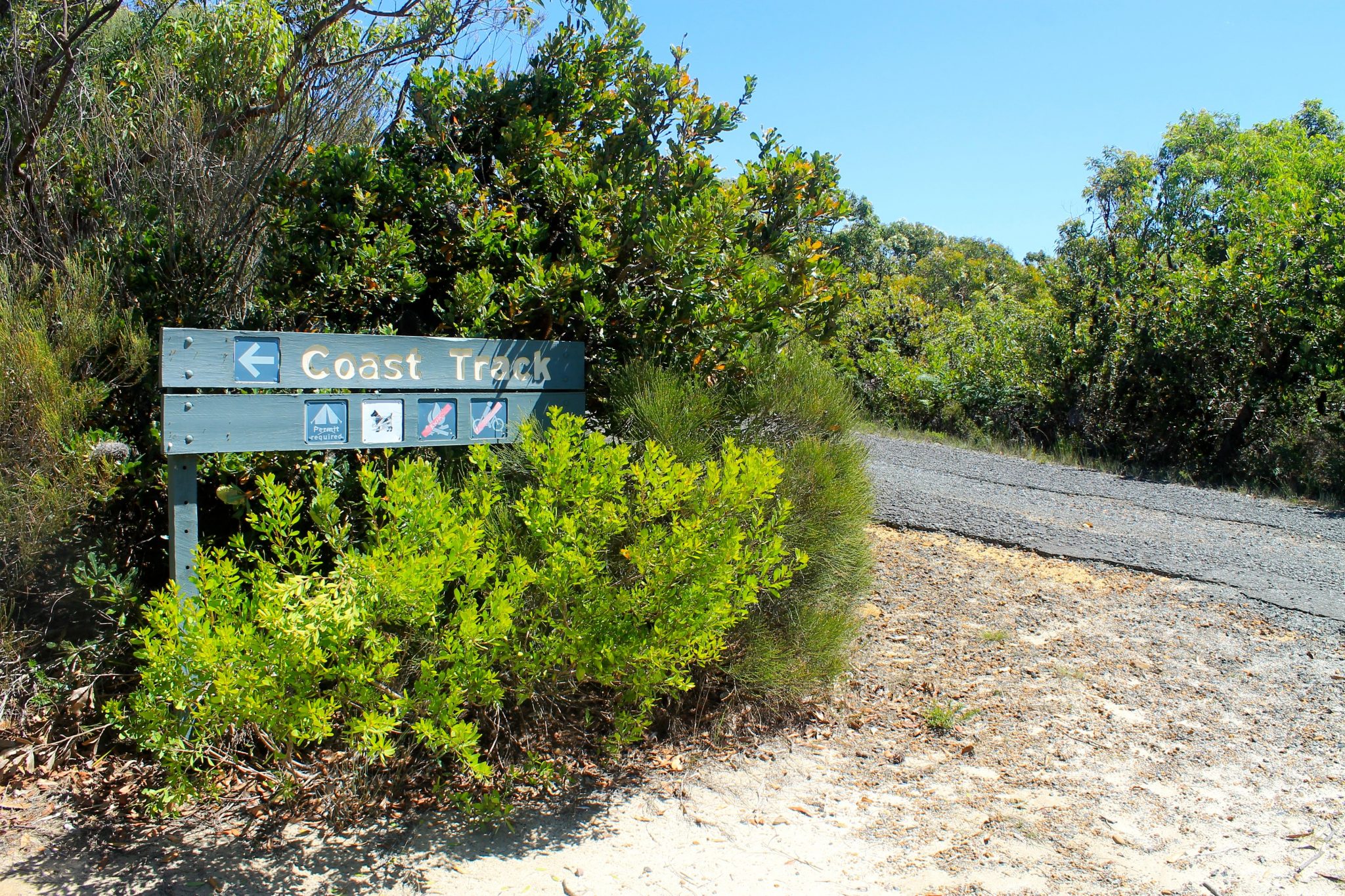 I figured I would just backtrack once it started getting too late, but I was having too much fun along the track and decided to keep going a bit further until it was too late to turn around and make it back before dark. My bad. 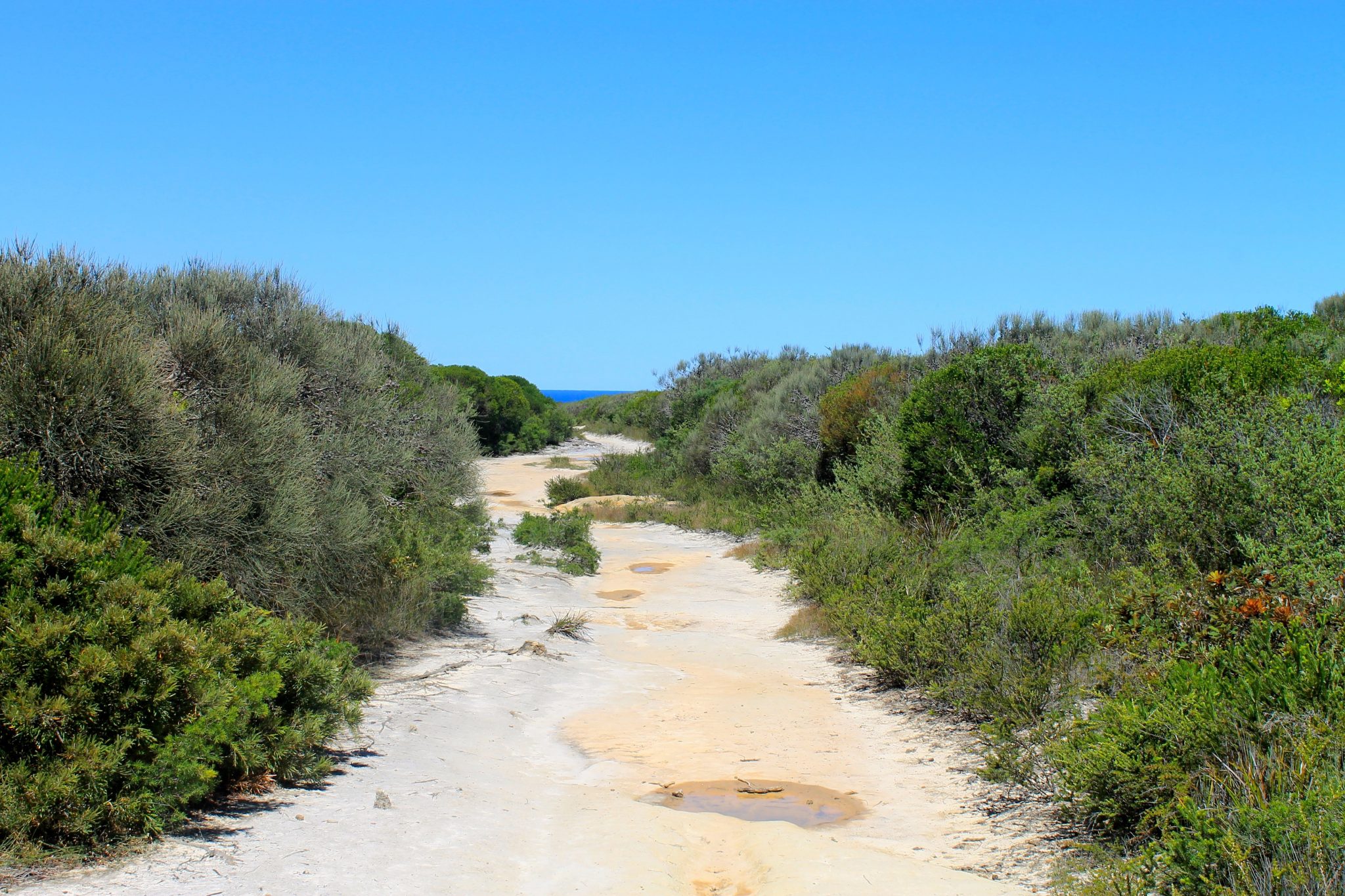 I luckily found the fire trail that cut back to the main highway that would eventually lead to the Bundeena wharf, but I realized too late that Google Maps doesn’t really work at such a dinosaur of a place as Nasho. I had to hope for the best, and thankfully the fire trail did get me back in time for the last ferry. 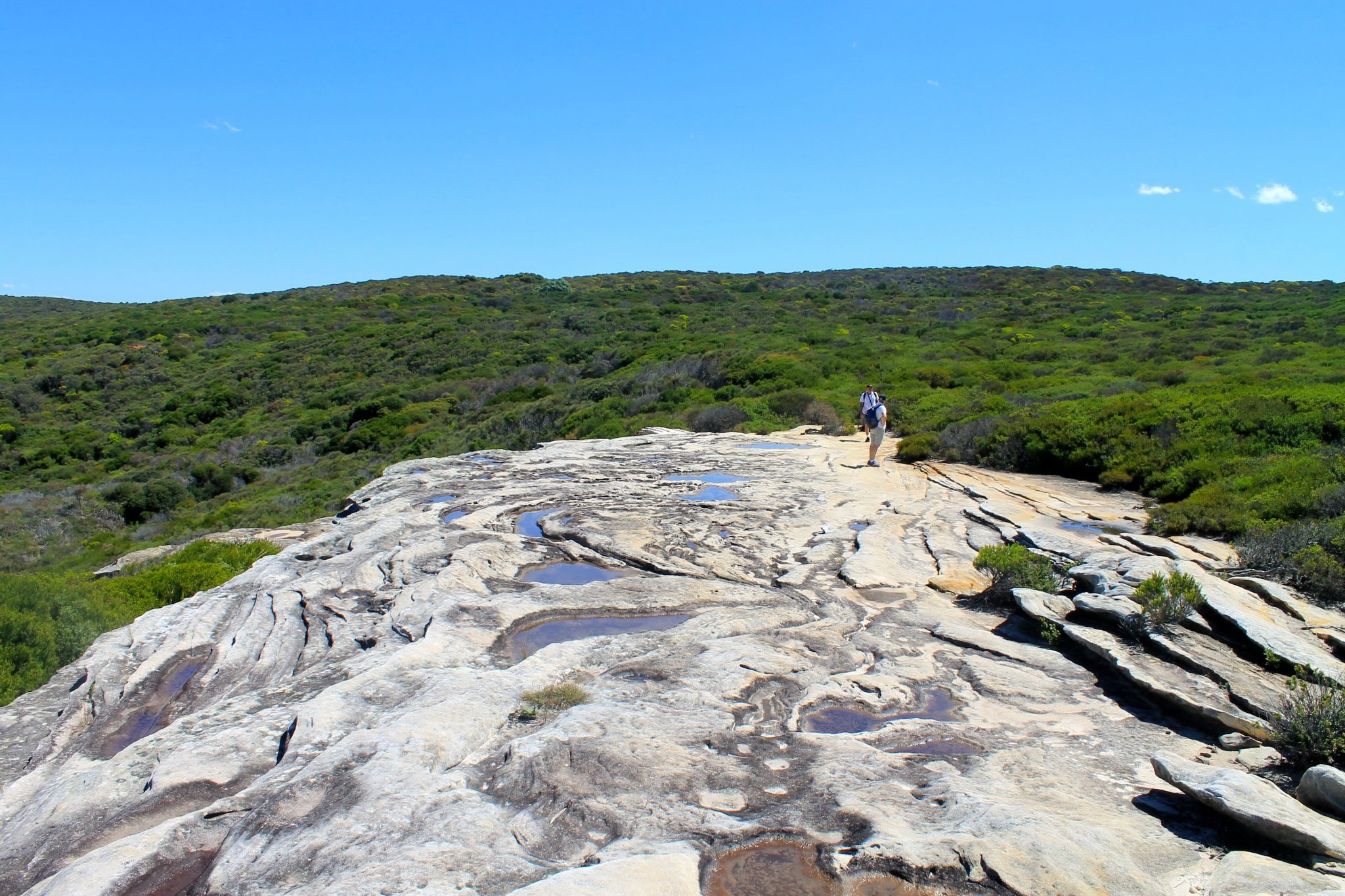 I also didn’t bring any extra food and water with me in case of an emergency, and not that my phone worked well out in the bush anyway, but I didn’t charge it all the way before I left, so it died towards the end of my hike. Note: These are all the ways you shouldn’t bushwalk! 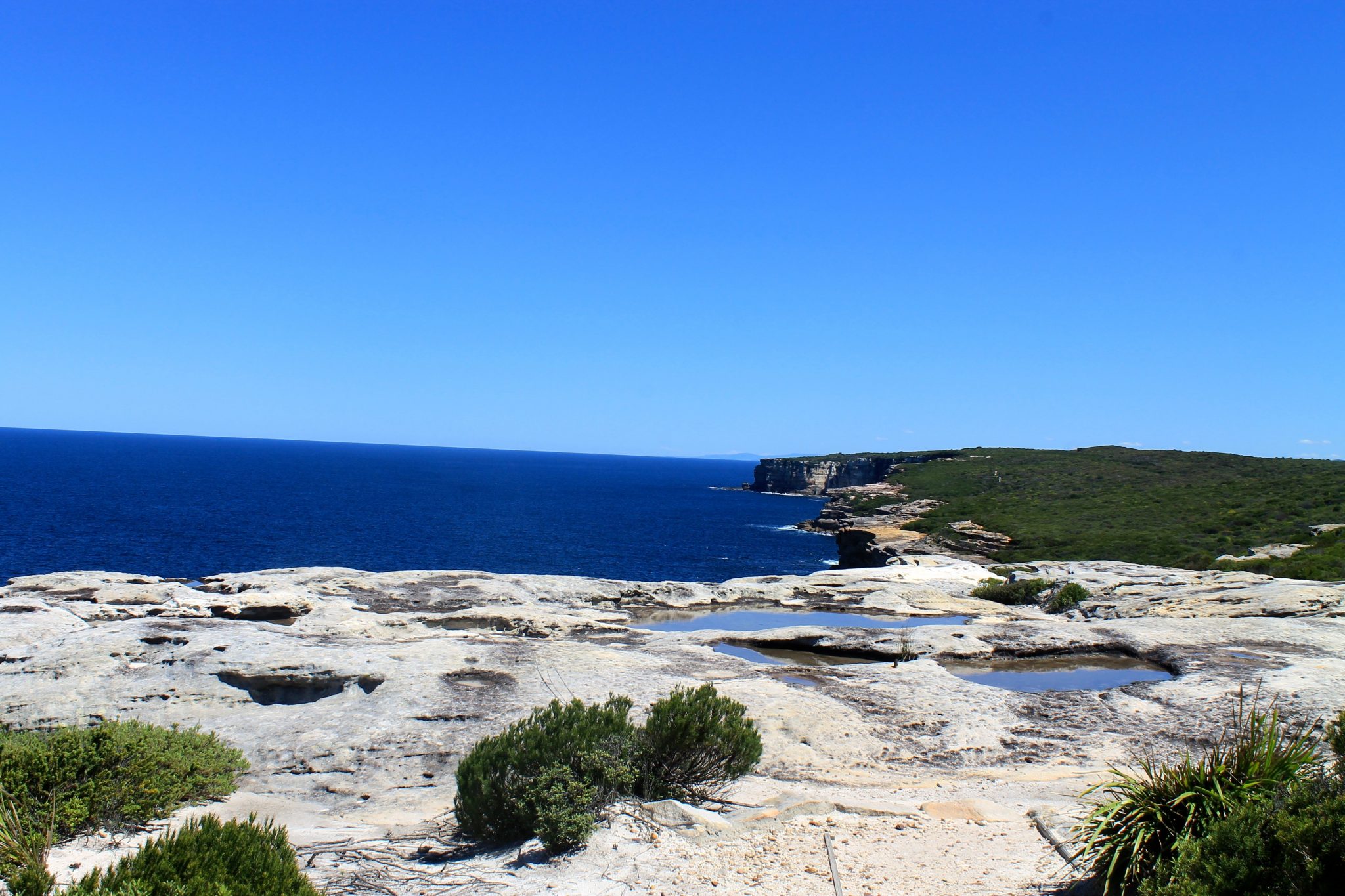 I think at this point I was just used to heavily populated trails that always had people on them and visitor centers, neither of which were found at Nasho. The lack of people I think surprised me the most. At first I found it refreshing, like I was on a true bushwalking experience. But as the day went on and I still hadn’t come across anyone, and I became a bit lost, it was more worrying. 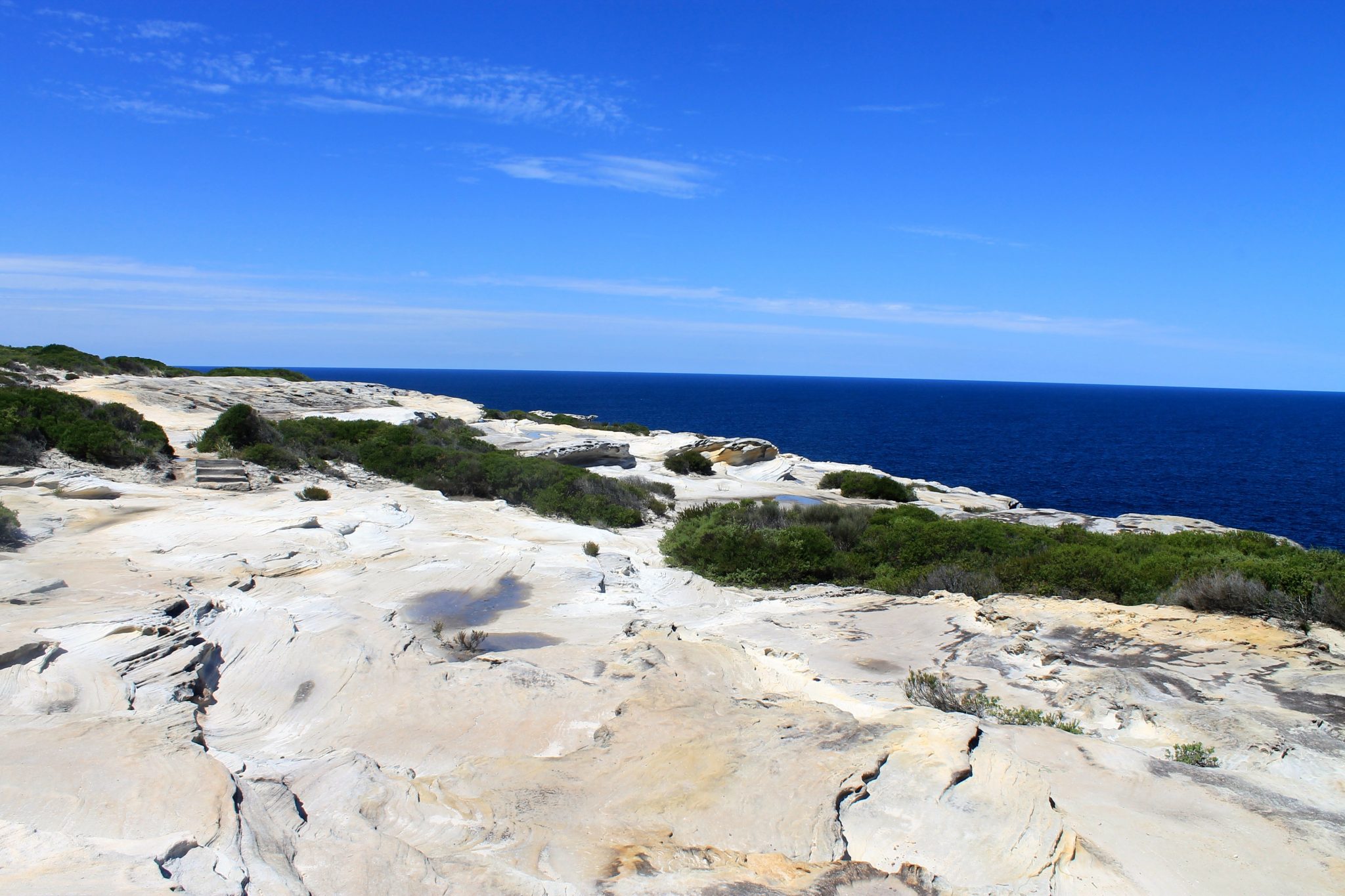 I should’ve known with the size of the park that it was a big place to tackle on my own, but I’m a very stubborn person and I wanted to explore the park independently.

In the duration of my hike I came across what must’ve been every type of terrain in Australia, from red dirt to cliff views, to forests, to untouched beaches, to complete and utter desert. I came across a wild kangaroo and desert mice, I was almost attacked by three local birds, and I saw remnants of snakes along the trail. 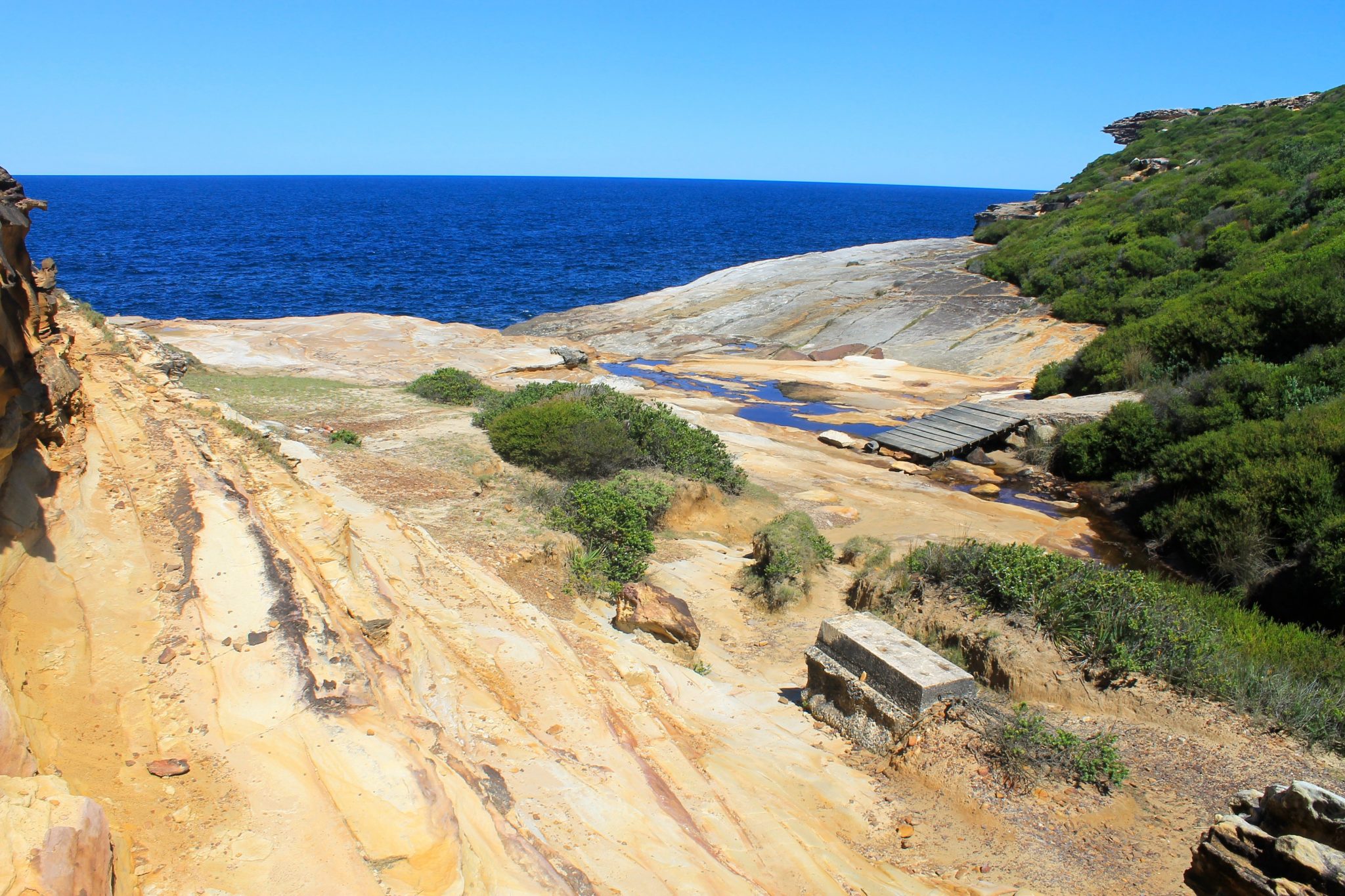 I’m glad I made it back to Bundeena for the last ferry, but it was also the uneasiest I’ve felt while hiking on my own, something that could’ve easily been avoided with a little more planning. Lesson learned. 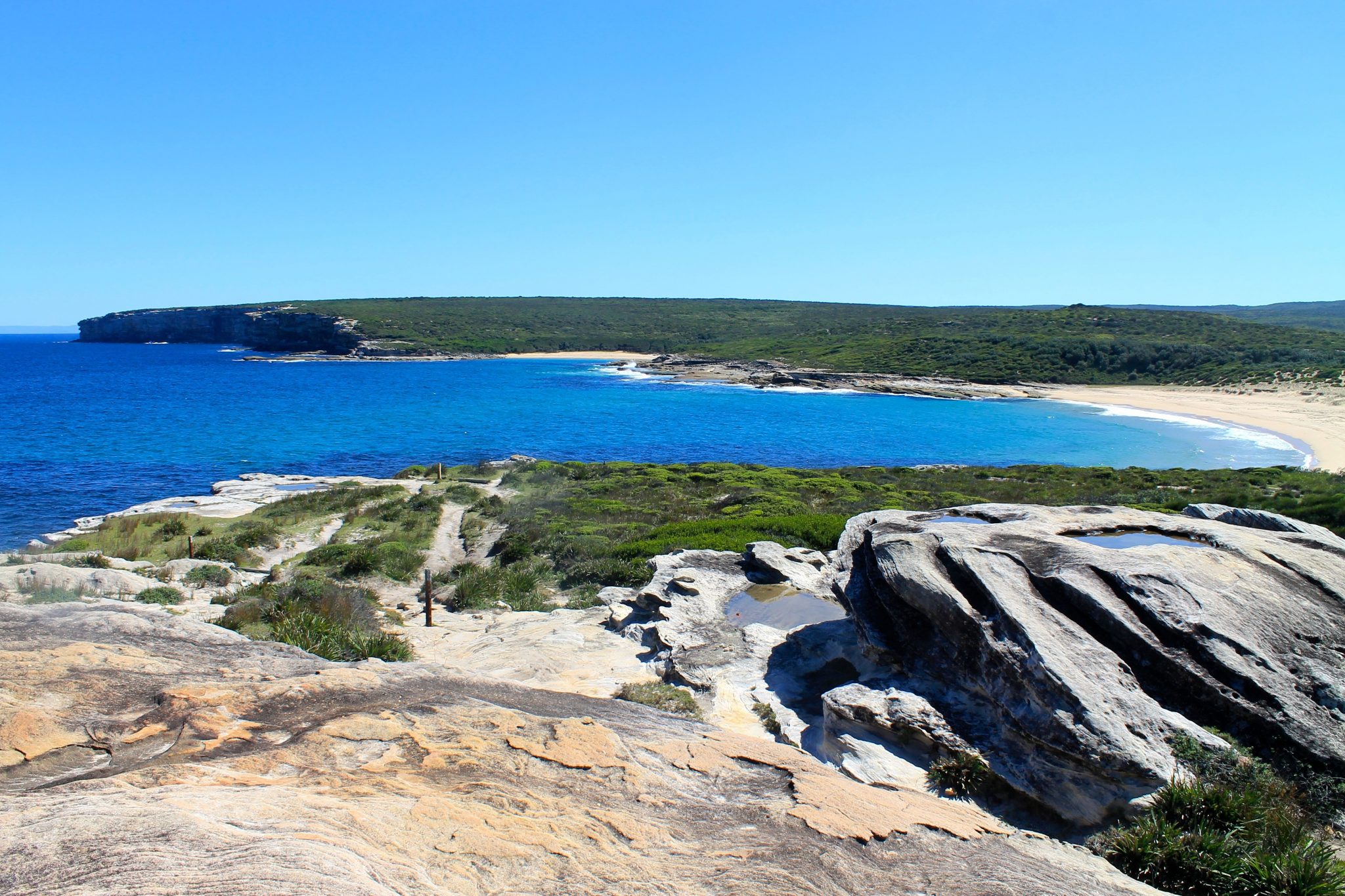 Even with the unpleasant feeling that I was going to be lost in the park for good, I had an incredible day in Aussie nature, and it was a feat I was proud of accomplishing on my own. 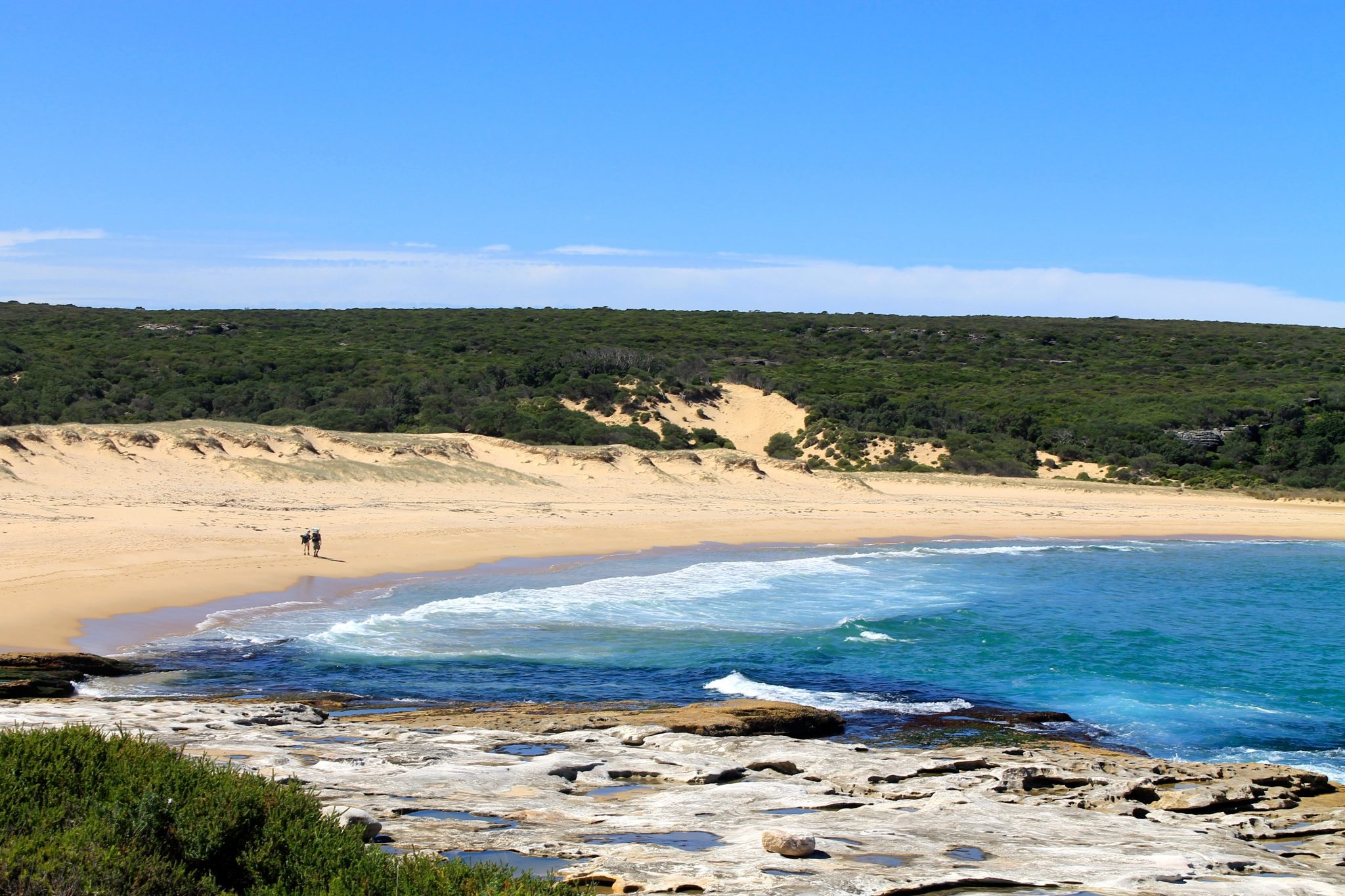 The Nasho is the most overgrown and wild park I hiked in Australia, and the lack of people only added to the complete desolate feeling you have while hiking it. The lack of signs made me wonder if I was going the right way at all for most of my journey. In a word, it was most definitely an adventure.