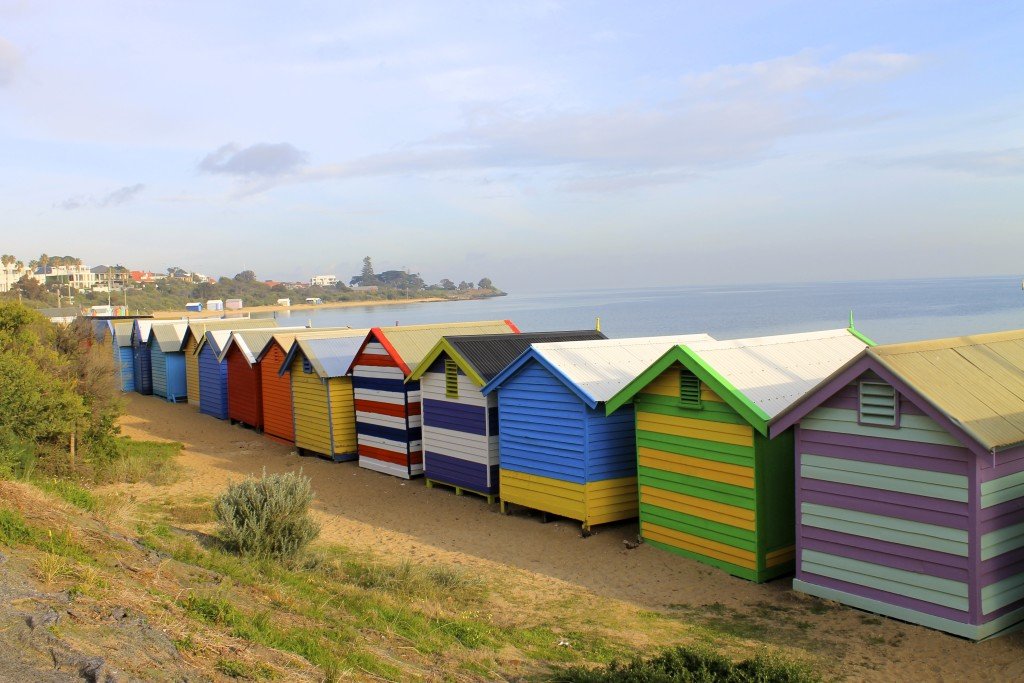 I remember seeing pictures of the Brighton Bathing Boxes before I arrived in Victoria. Being a person drawn to colorful and quirky things, I knew immediately I had to go see them for myself.

There are 82 total boxes on Brighton Beach, a tourist and historical attraction, they are still a sight to see. They have kept their original Victorian build from the 19th century.

Even with the lack of amenities, such as running water or electricity, you can still buy one of these babies for a little over $200,000. The only catch – you have to already be one of the wealthy local residents of Brighton. 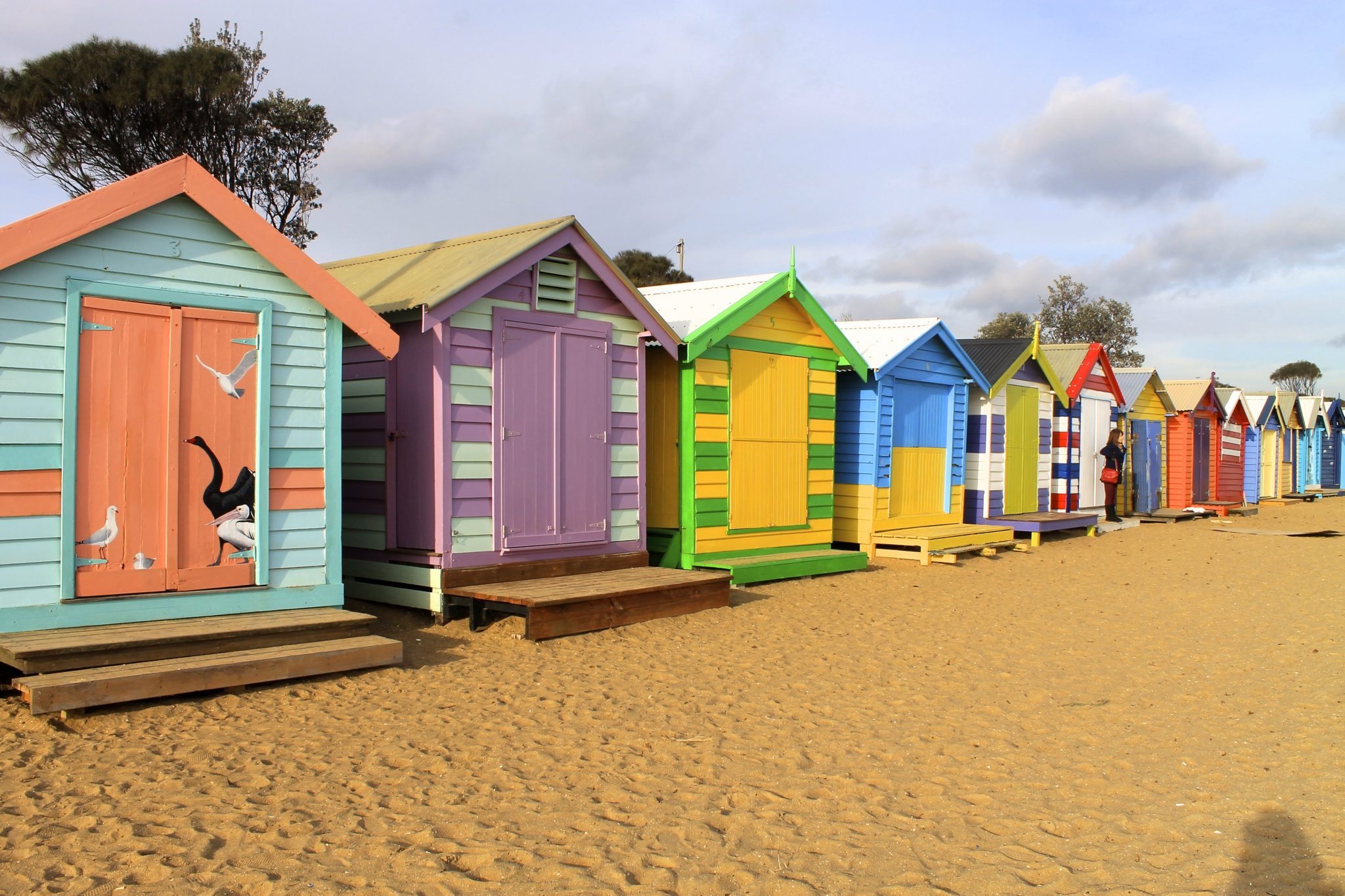 I’ve been meaning to take a train to Brighton for the last two months, but there was always a reason not to. Mainly, that it’s winter and either rainy or cold most days, and the beach does not sound like the best place to go when you can’t feel your fingers.

Well, I finally made the 20-minute train journey to get to Brighton!

The bonus, that it was at no extra cost to me. Brighton Beach Station is the last stop you can get to with a valid transportation (Myki) card before it starts costing extra money to travel around Victoria. 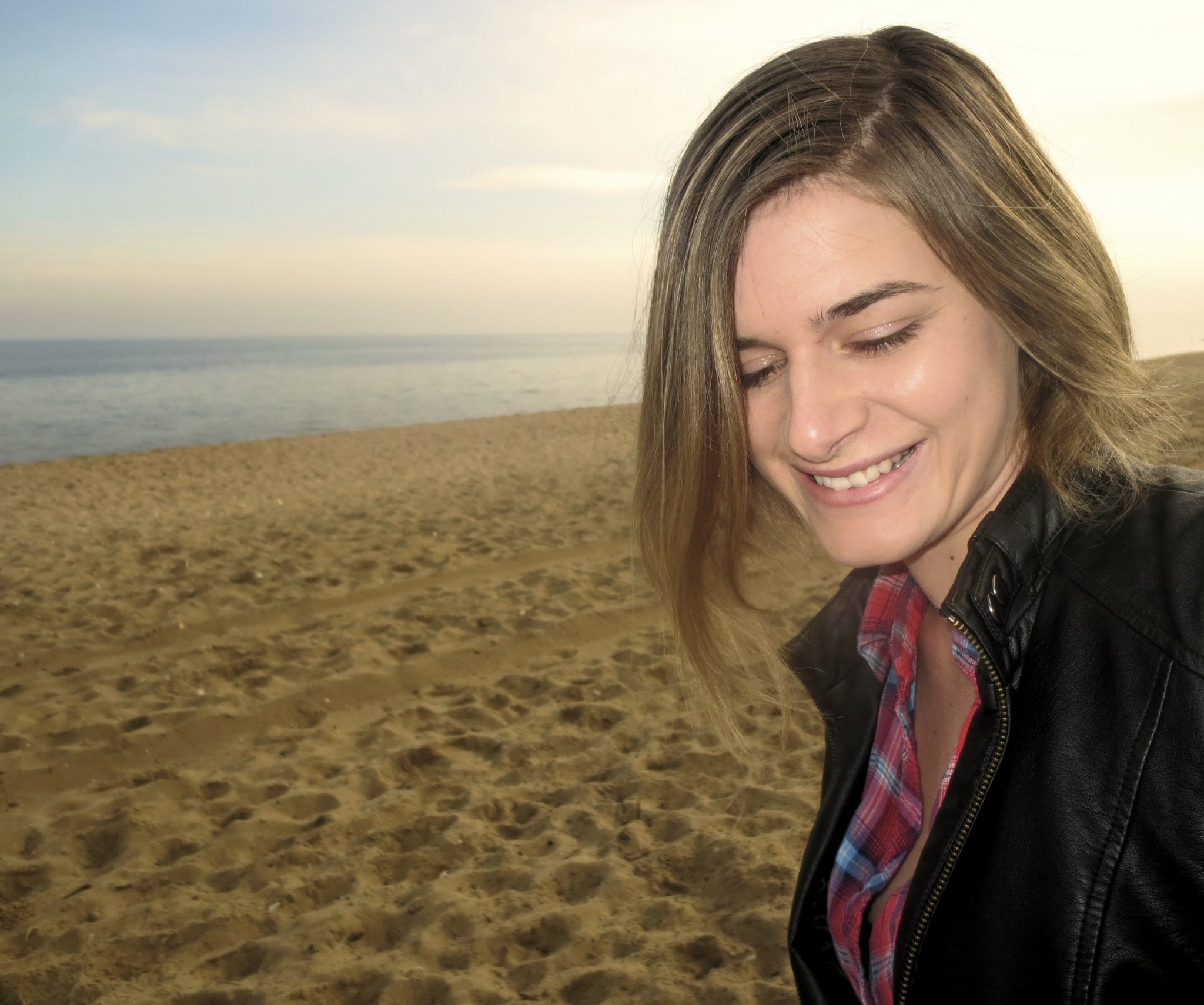 It was a beautiful blue sky weekend, so I thought, perfect, I’ll go on Monday on my day off because the weather is finally decent enough for bundling up and walking on the beach. Hey, at least the pictures will look good with some color in the sky.

Instead of the bright blues skies I was expecting, I woke up to the densest fog I’ve ever seen in Melbourne – BUT at least it wasn’t raining!

I had a ridiculous weekend, working 13 hours on Saturday only to go out dancing with my new housemate until 3am that night, and then working a 7 hour shift the next morning, and finishing off with an intense Bikram yoga class.

I may or may not have almost passed out a couple times in the sauna-like room, due to my exhaustion and slight delirium. 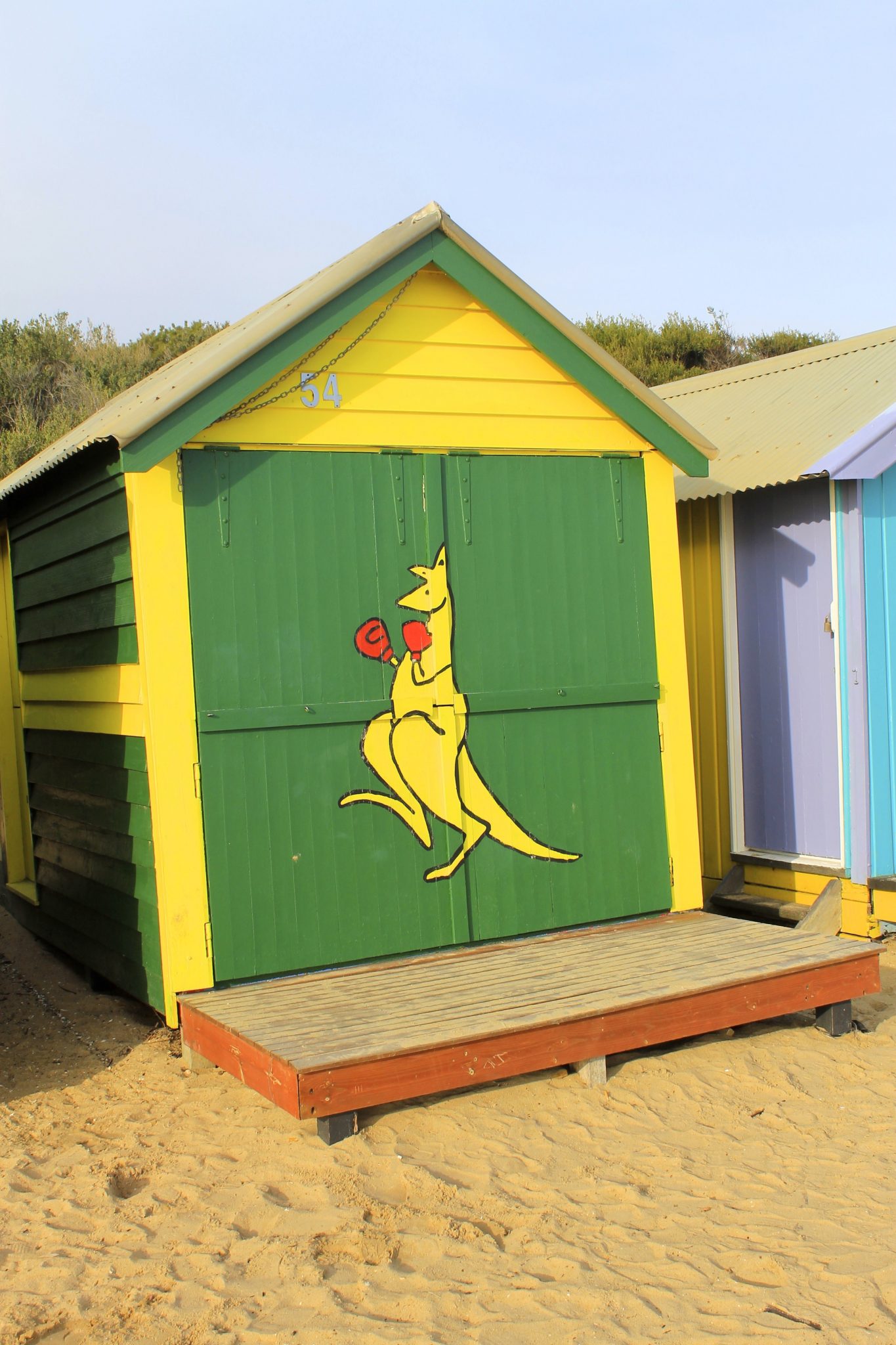 When I woke up on Monday to horrid beach weather, I surprised even myself that I still took the trip to Brighton Beach. Although I took my sweet time to finally get my butt out of bed and out the door.

I love train rides, even short 20-minute ones. I popped in my earbuds and took in a different side of Melbourne and the surrounding areas whirring past while listening to Mumford & Sons, my go-to epic journey music.

When I walked down to the beach from the station, there were even glimmers of blue skies in between passing clouds. I walked around a bend and suddenly all the little beach boxes were there glistening in the partial sun. 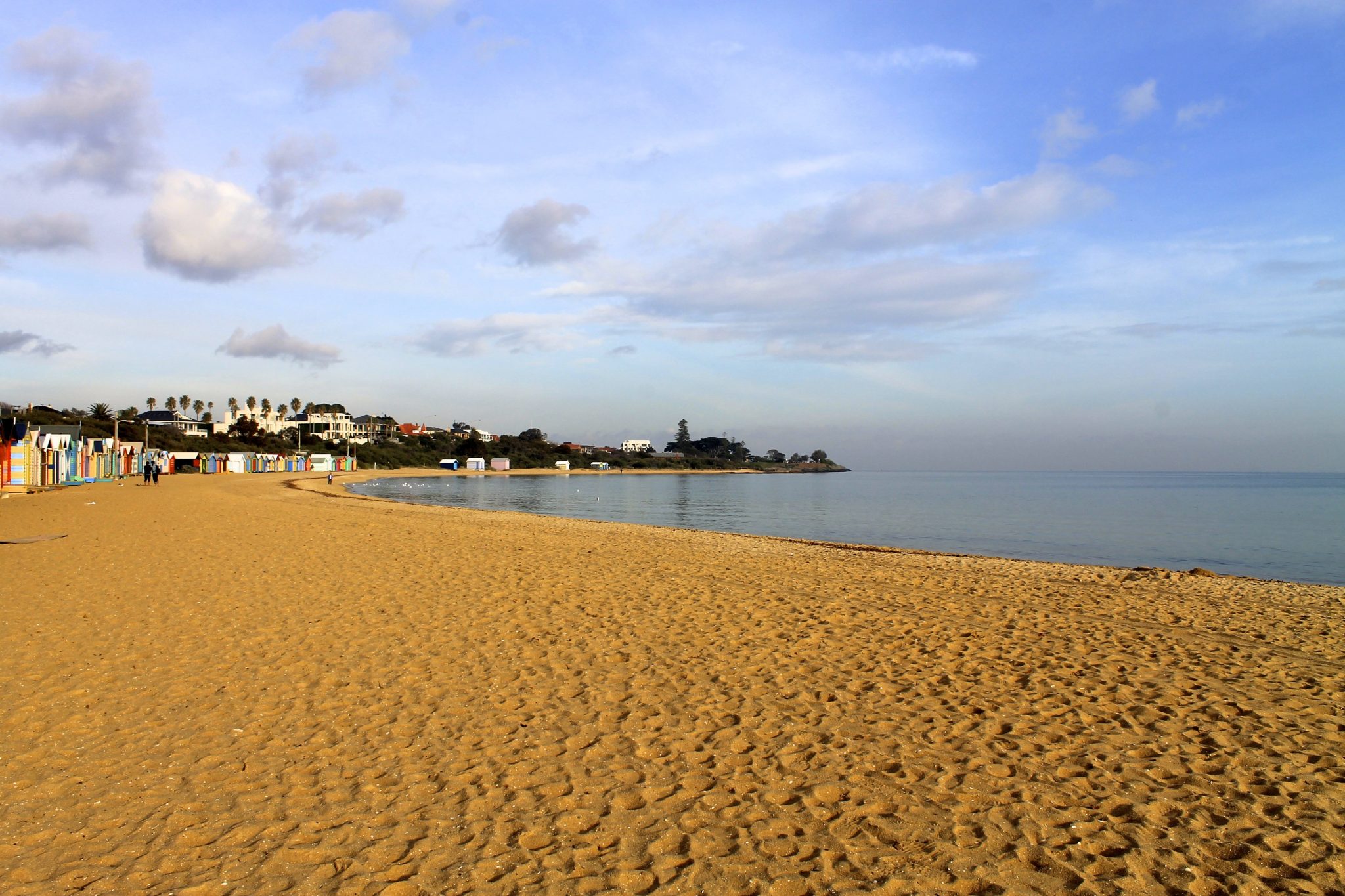 Believe it or not, it was my first time feeling sand beneath my bare toes since arriving in Australia, and it was definitely the prettiest beach I’ve been to over here.

Although maybe that’s not saying much since Melbourne isn’t known for its beaches. Combine that feeling with exploring all the colorful bathing boxes, and I would say that I had quite that satisfying day off. 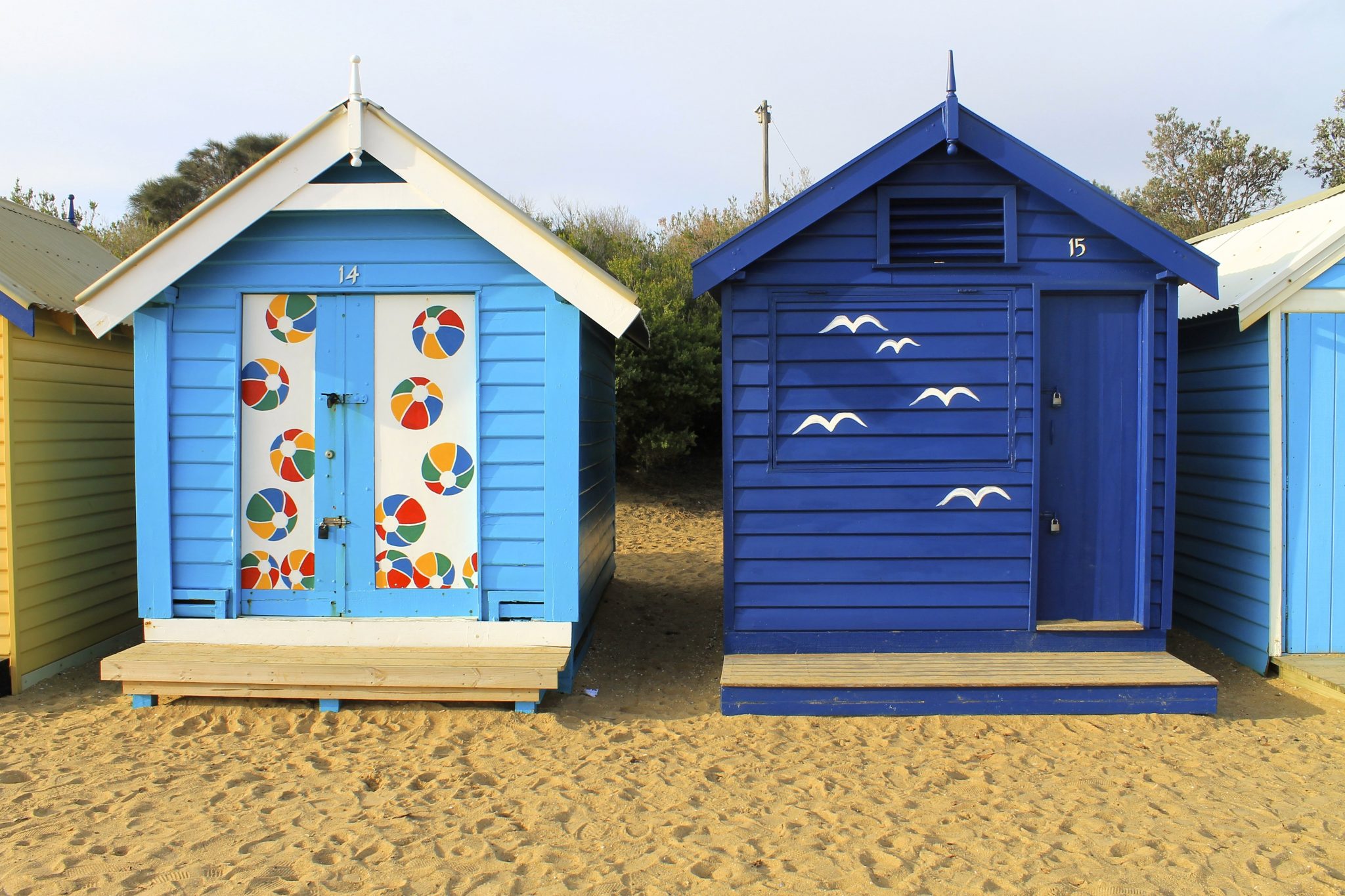