Where to Find the Best Pizza in Chicago 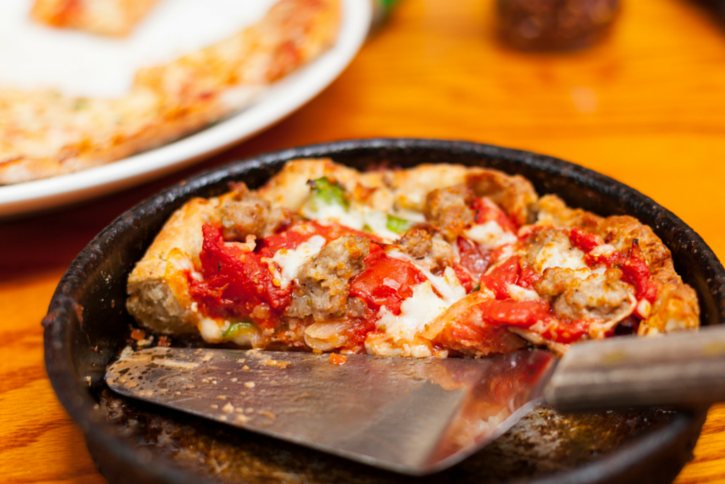 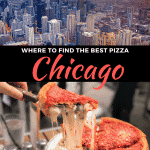 The best pizza in Chicago – from the heavy deep dish hitters to the more local finds in the city.

One of my major goals with my birthday trip to Chicago was finding the best pizza in Chicago. I took the hunt seriously and had pizza every single day I was there, to the glee of my taste buds. I based my pizza journey off of my own research, other bloggers’ tips, and recommendations from locals.

I’d only tried deep-dish pizza a few times at one of my favorite pizza places in Portland, called Via Chicago. I don’t think anything could’ve prepared me for the feasts I had in store once I arrived in Chicago, however.

From having pizza within 30 minutes of arriving to the city, to eating pizza on my way to the airport on my last day, I may have gone a little overboard. It was all in the name of research though! Right?

When Chicagoans call their deep-dish pizza “pie” they’re not kidding around. There would be a whole “pie” delivered to my table with each pizzeria I went to. I couldn’t believe how massive even the personalized pizza sizes were and how filling 1-2 pieces were. They pack a lot into those babies! It was completely different from the New York style pizza the I’m used to.

Be prepared to budget for pizza if you’re planning on doing your own pizza hunt in Chicago. These pies will set you back about $20-$30 at minimum.

These are my picks for your the best pizza in Chicago. Warning, your stomach may be bursting after these stops. Also, it’s recommended to space these out to one a day in order to appreciate each place without feeling sick, unless of course you’re doing the pizza tour! I’ll get to that later though.

My Picks for the Best Pizza in Chicago

Lou Malnati’s was the pizzeria that everyone recommended to me, locals and visitors alike, for my first Chicago deep-dish pizza experience. I managed to try their pizza immediately after arriving in the city and I was not disappointed. The atmosphere was casual and friendly and the pizza was large but not overly so, which was fine by me.

This is one of the deep-dish pizza chains in Chicago and they have locations everywhere, so there’s really no excuse to not try them out while you’re in town. Although be forewarned that this is the tourist pick for deep-dish pizza so be prepared for crowds depending on what time you go.

The Giordano’s location I went to on E Randolph St. came off as more upscale, and the brand itself seemed more commercial than any of the other pizza places I went to around town. They’re the big name in the Chicago deep-dish pizza scene, and the company you’ll find being served at Wrigley Field for Cubs games.

I preferred Lou Malnati’s over Giordano’s pizza but both would represent a classic Chicago deep-dish pizza experience.

Bartoli’s is probably just as well known for its thin crust pizza as it is its deep-dish. There is always the argument over Pequod’s and Bartoli’s about which one has the better pizza, since they both have fairly loyal followings.

According to some locals, Bartoli’s is known for their thinner crust (even when it comes to deep-dish) and the olive oil and salty flavors in their crust. This is quite different from most of the crusts you’ll find at other Chicago deep-dish pizzerias, including Pequot’s, where the crust is much thicker and more buttery. Really, I’d say it’s down to your preference and what type of crust you prefer.

A nondescript, casual brick-walled pizzeria is what you’ll find at Pequod’s Pizza. This place is raved about by locals and it’s not hard to see why once you try the pan pies for yourself. The cult following of this place comes from their signature caramelized crust.

They have two locations in the Chicago suburbs now but it’s still seen as a relatively unknown gem for locals and they have a dedicated fan base. Many claim this one to be truly the best deep-dish pizza in Chicago.

I didn’t get to stop by this one myself sadly, but it was recommended to me by Cailin over at Travel Yourself – and I trust her when it comes to knowing the best foodie spots! Coalfire doesn’t do deep-dish pizza. But, if you have a couple of days in Chicago and you’ve already tried your fill of deep dish pizza, grab a bite to eat here before a Cubs game!

It’s Chicago’s original coal oven pizzeria – that’s code for savory deliciousness – and it’s labeled as one of the “craft” pizzerias in town. They use locally-sourced ingredients, and they’re known for their great service but also how busy they usually are. I’ve heard their pepperoni and whipped ricotta pizza is super tasty!

And lastly, if you don’t want to figure out how to get to individual pizza spots on your own, there are pizza tours to get you to the best pizza in Chicago. There are a few different pizza tour companies in Chicago, but the one that was recommended to me by Cailin again was Chicago Pizza Tours. Being that it has 5 stars on Yelp I’d say it’s worth the experience!

The standard Chicago Pizza Tour is $60 per person, and takes you on a bus through the city on an adventure to find the best pizza in town.

They point out historical and popular sights as you make your way through Chicago, and you’ll even get to go behind-the-scenes at some of the pizzerias to get a VIP experience. There are four pizzeria stops (with full servings at each one) throughout the tour, and the stops are always varying depending on the day.

If you’re trying to figure out what to do in Chicago, a pizza tour is an absolute must.

So, I’d love to hear from you! Have you tried Chicago style pizza before? Do you prefer deep-dish or thin crust?

Looking for more Midwest travel inspiration? Check out my related posts below!

A Guide to Craft Beer in Grand Rapids

Postcard from the Streets of Michigan

5 Best Things to do in Grand Rapids, Michigan 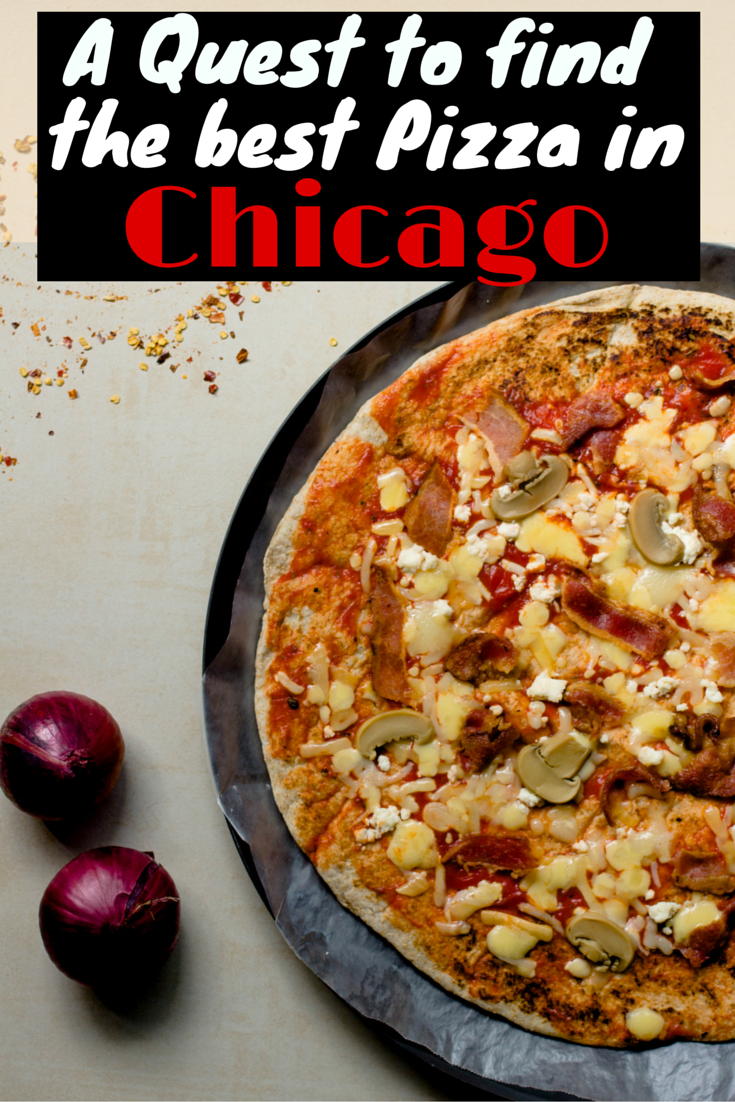 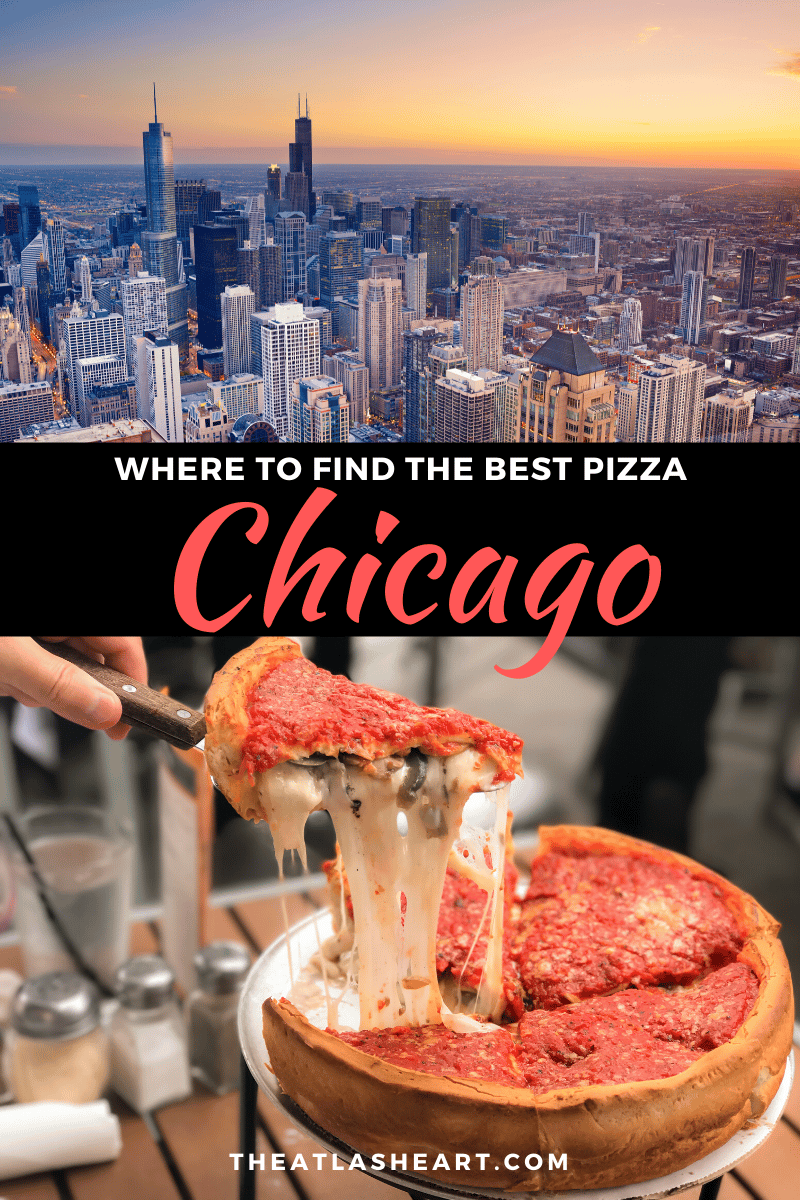