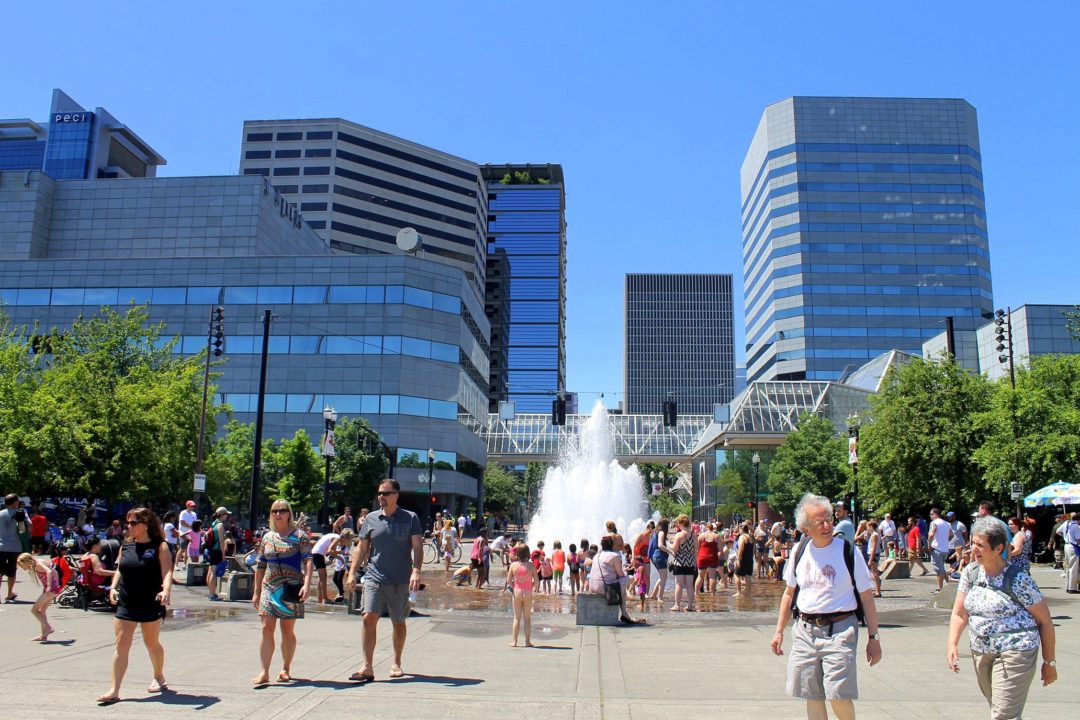 There are plenty of free things to do in Portland, Oregon if you know where to look. Here are 8 ways to stay busy in ‘Stumptown’ without spending any money.

Portland is one of those cities where you sometimes need a little help to see what’s what rather than just taking it for what it is on the outside, especially when it comes to the best free things to do in Portland.

I’ve lived in Portland for a year and a half, and, to be honest, it wasn’t the easiest nor most welcoming city to move to without an already established friend group.

A lot of the best things to go see and do are not immediately apparent when strolling through the city, you have to dig a little deeper to find out where that Portland charm lies. 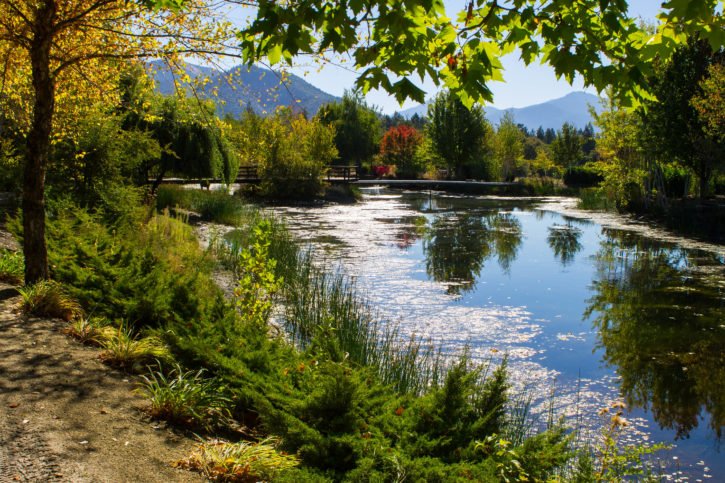 6 unique things to do in Grants Pass, Oregon and why it’s easily one of the most charming cities to visit in Southern Oregon.

As little as two years ago, Grants Pass wasn’t known for its bustling downtown. If you lived in Josephine County, where the city is located, you would have one of the lowest property taxes in Oregon.

However, with a very low property tax in Grants Pass and no sales tax in Oregon, there was little to give to local services, such as the sheriff and fire departments. Crime rates rose. There was a meth problem on the outskirts of the city, a drug that continues to haunt many cities around Oregon.

But this city’s story became a much happier one. 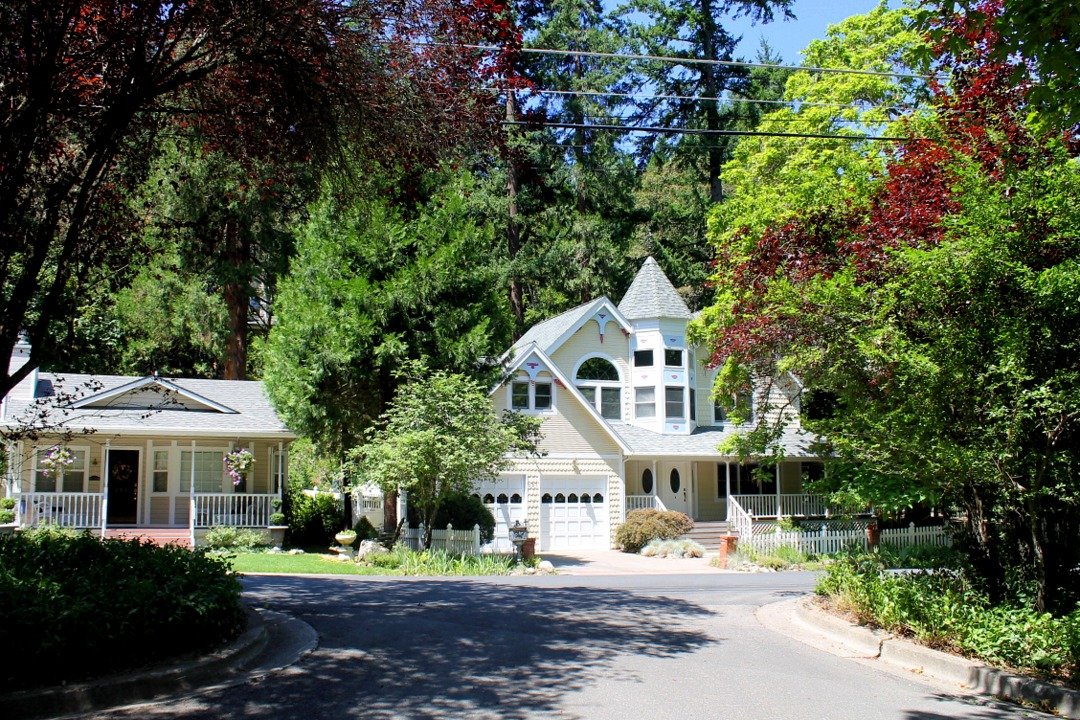 These are the best things to do in Ashland, Oregon to get a good overview of the city and all it has to offer.

I think I’ve already raved enough about Ashland on this blog that you guys should know how much I’ve enjoyed my time there. It is a one-of-a kind place and easily a favorite city of mine in Oregon.

I’ve only visited Ashland twice, so I’m by no means an expert on the place, but I did want to share with you my top 7 things to do in Ashland, Oregon with the time that I’ve spent there. 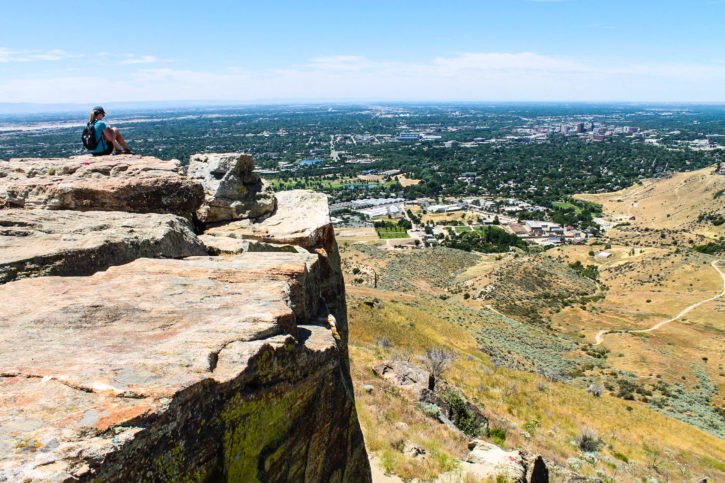 The best things to do in Boise, Idaho – from street art to the best bars, live music, hiking and more!

I had the pleasure of seeing a new state last month: Idaho! Surprisingly, I had never ventured into Rocky Mountain territory until this year. As I’ve traveled this area more, I’ve only become further impressed with the amount of natural beauty that lies in this region of the states.

I knew I wanted to go through Idaho at some point this summer while I was planning my road trip around North America. Boise was high on that list since my blogger friend, Brianne from Everyday Runaway, is from there originally and she had great things to say about it. 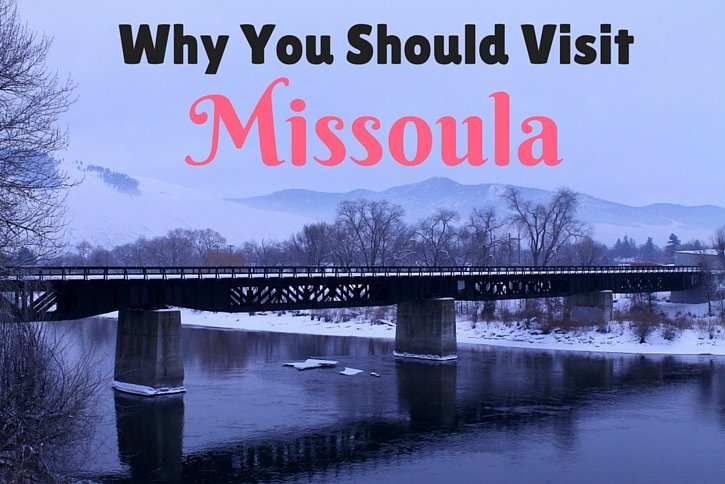 The 6 best things to do in Missoula, Montana, no matter what season it is.

I knew when I first heard Nomadic Matt talking about all the things to do in Missoula, Montana during his book tour a year ago that it was a place I wanted to visit. I did a little research, started following the Visit MontanaInstagram (warning: they post photos that will make you move to Montana), and was soon inspired for my own trip to Big Sky Country.

Less than an hour and a half flight from Portland, tickets were quickly booked and I put out my blog feelers to see if Destination Missoula would like to work together for my upcoming trip.

I knew I would be fond of Missoula before I arrived. It is exactly the type of place I love visiting. A vibrant arts culture, foodie cafes & restaurants, an up and coming craft beer scene, and known to have some of the friendliest people around. It’s also a place with rustic architecture and is incredibly photogenic no matter the season. 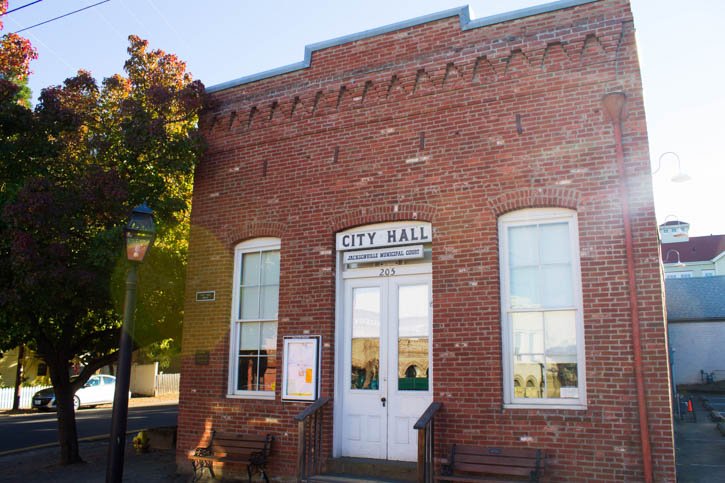 The best things to do in Jacksonville, Oregon to explore the best of pioneer gold rush history in Southern Oregon.

Travel and history so often go hand in hand. It’s one of the aspects I enjoy most about a new place, learning about the events and the people that came before I was standing there myself. I remember the many field trips I would go on around the Bay Area in California, to learn about the California Gold Rush or the lifestyles of the early Mexican immigrants.

When I visited Europe, I was in awe for a whole summer to see monuments and pieces of art that I had only seen in the pictures of my history books.

In Australia, I would go to spots like Cockatoo Island to learn about convict history, or Ku-ring-gai Chase National Park for the rich Aboriginal heritage.

In New Zealand, I would spend all afternoon in Wellington at Te Papa to educate myself on Maori culture, and the struggles and strides they’ve made in the last 176 years since the Treaty of Waitangi. 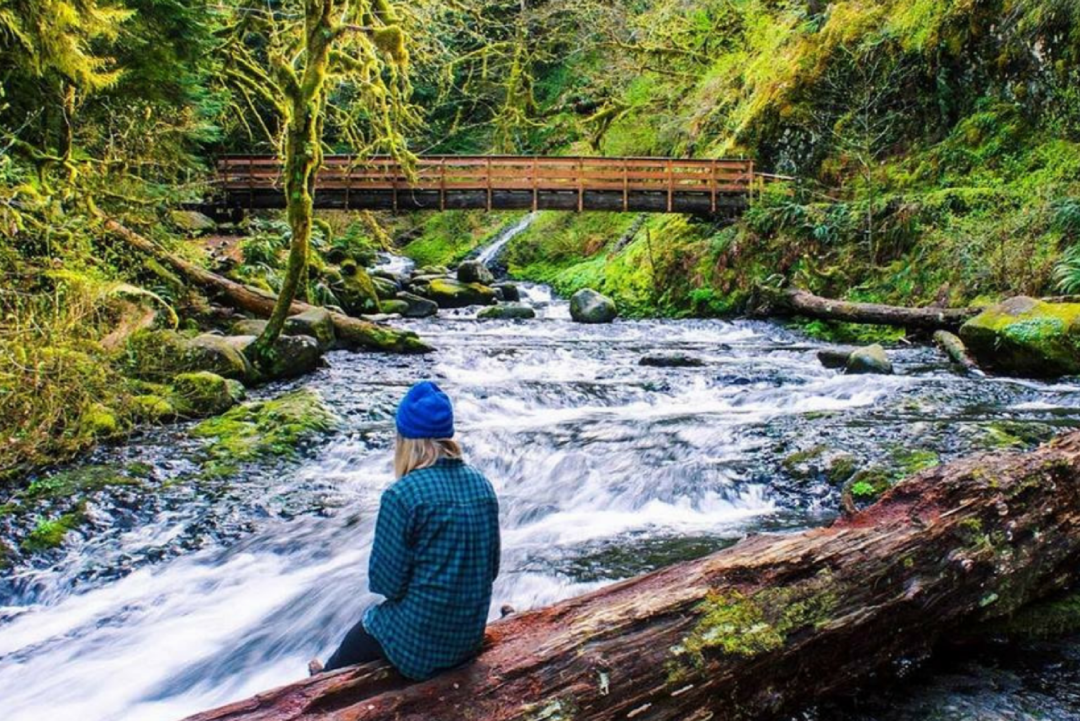 What is Portland, Oregon like to live in? This was my honest first-hand experience with the Pacific Northwest City.

I’ve gone back and forth about whether I wanted to write about the last year and a half I lived in Portland, Oregon.

It seems to be a city that is loved by many and disliked by none. There seems to be countless reasons to live in Portland, yet no one talks about the downsides.

Well, here I am to talk about the not so pleasant aspects of Portland – I honestly found it to be a city that constantly made me depressed and negative on a regular basis.

I’m generally a positive person. I try to focus on the good aspects in life and shake off the bad. I tried my best to adhere to that positive mentality while I lived in Portland. However, there was an underlying nature to the city that I could not get on board with. 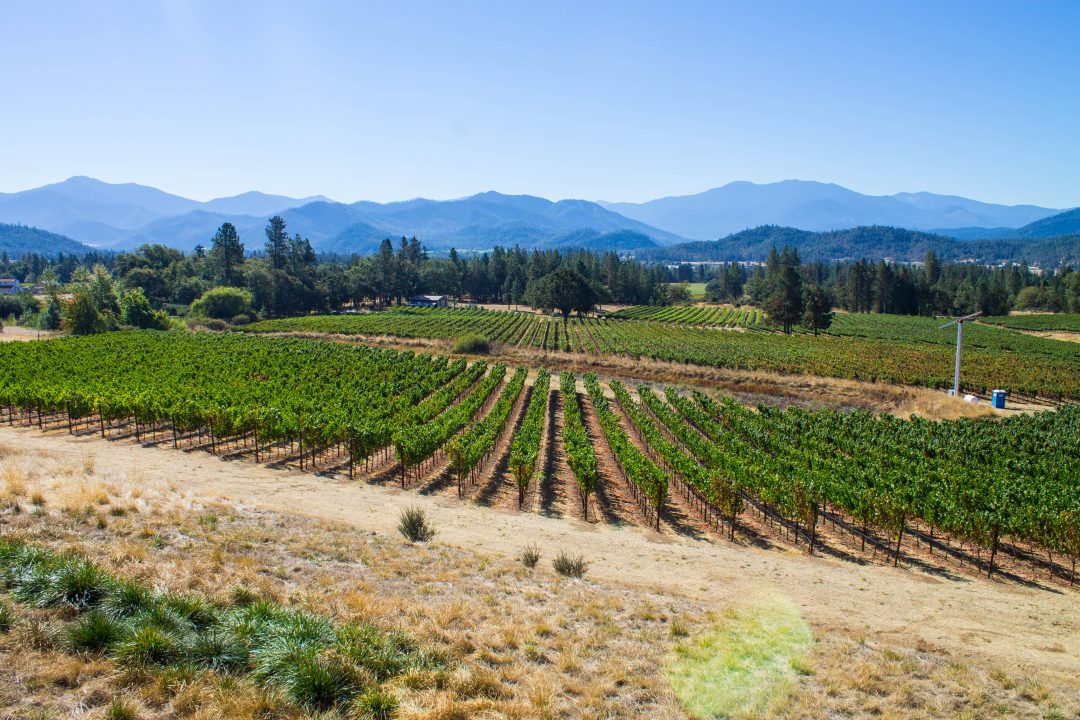 A Guide to the best Southern Oregon wineries to visit around the Applegate valley, including wine tasting options Ashland, Medford, Grants Pass, and Jacksonville.

Unless you’re involved in the Oregon wine scene, you probably won’t know much about the vast amount of Southern Oregon wineries that are open for wine tasting.

When you think of Oregon wines, most people will immediately cling to the idea of rich and earthy Pinot Noirs like what you’d find in the Willamette Valley. And although you’ll still find plenty of those in southern Oregon, there are even more varietals down south than you could begin to imagine.

Southern Oregon has 6 AVAs (American Viticultural Areas), or in plain English, 6 distinct grape-growing regions. These regions actually have some of the most diverse growing conditions in the world.

A simple definition of “terroir” is how a region’s climate, soils, and overall environmental factors effect the taste of the wine. Southern Oregon has more terroirs than most wine growing regions in the world. In addition, it was named as one of the top 10 global wine destinations by Wine Enthusiast magazine in 2016. 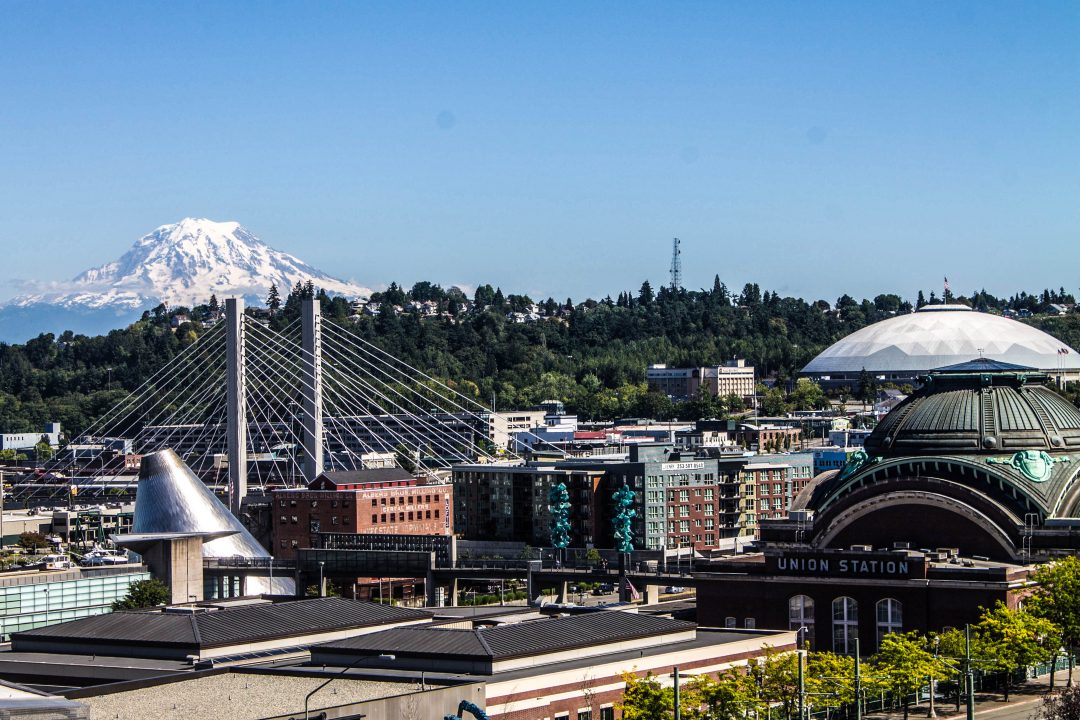 8 things to do in Tacoma for a weekend – whether you’re looking for a good Washington road trip stop or a quick break from Seattle.

Tacoma has had a renaissance of sorts in the last few years. People used to comment on the “Aroma of Tacoma” in reference to the overbearing sulfur smell that used to hover over the city. Visitors would pass right on through on their way to Seattle. Most people didn’t think there were many things to do in Tacoma and saw it as a backwater city that wasn’t worth the stop.

A lot has changed in a short amount of time. Travelers are finally starting to see the draw of this Pacific Northwest city and all it has to offer. I was luckily enough to visit Tacoma for the first time this past July and I was impressed with the beauty, history, and local hangouts that I found there. If you’re unsure of what there is to do in Tacoma, or you’re simply looking for a new and lesser known city to explore in Washington – these are my recommendations on how to spend two days in the city. 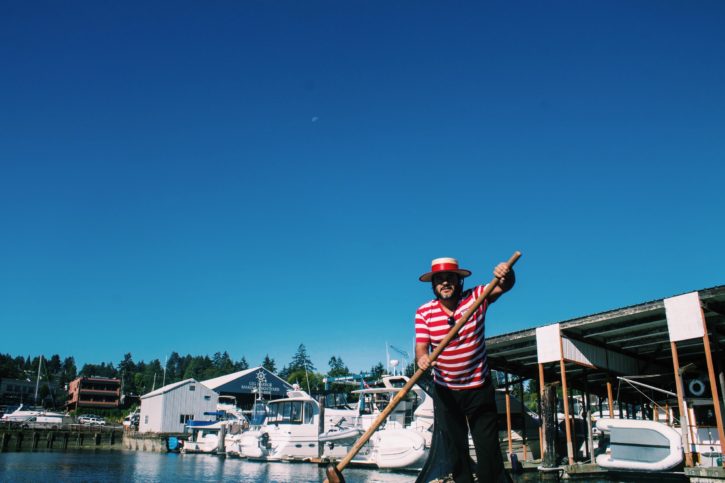 The only other time I stepped onto a gondola was in Venice, Italy back in 2011 when I was on a TopDeck tour around Europe. None of the 20-something year olds I was traveling with could afford a gondola ride by themselves, so 5 of us split the cost and piled into one together.