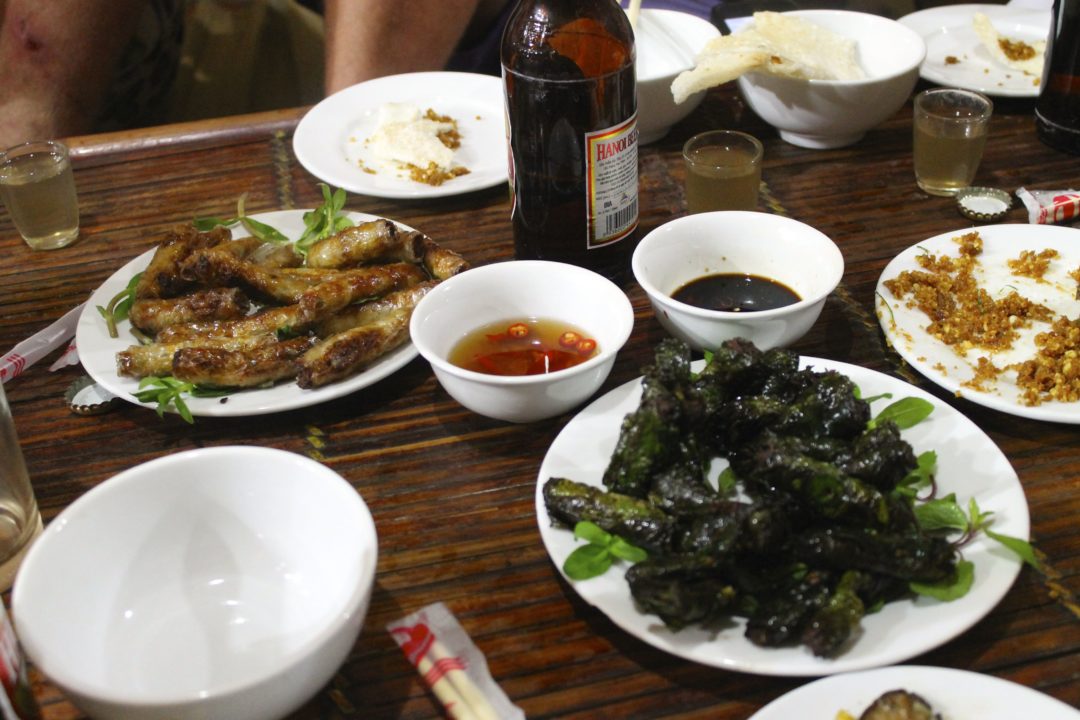 Trigger warning: this is a graphic post that includes images of snakes being injured and killed. If you’re squeamish about blood, you should probably pass on this post.

It was my first night out in Byron Bay last night, we had a good crew going of Norwegians, an Italian, a few Kiwis and Aussies thrown in for good measure, and me as the token American as per usual.

There was this Aussie at the trivia night at my hostel, he looked so familiar but I couldn’t place where I knew him from.

A few beers later, I ran into him again at one of the local bars and it suddenly hit me: he was the tour guide that feasted on snakes with me back in Hanoi, Vietnam, the guy who was pouring rice wine all night. 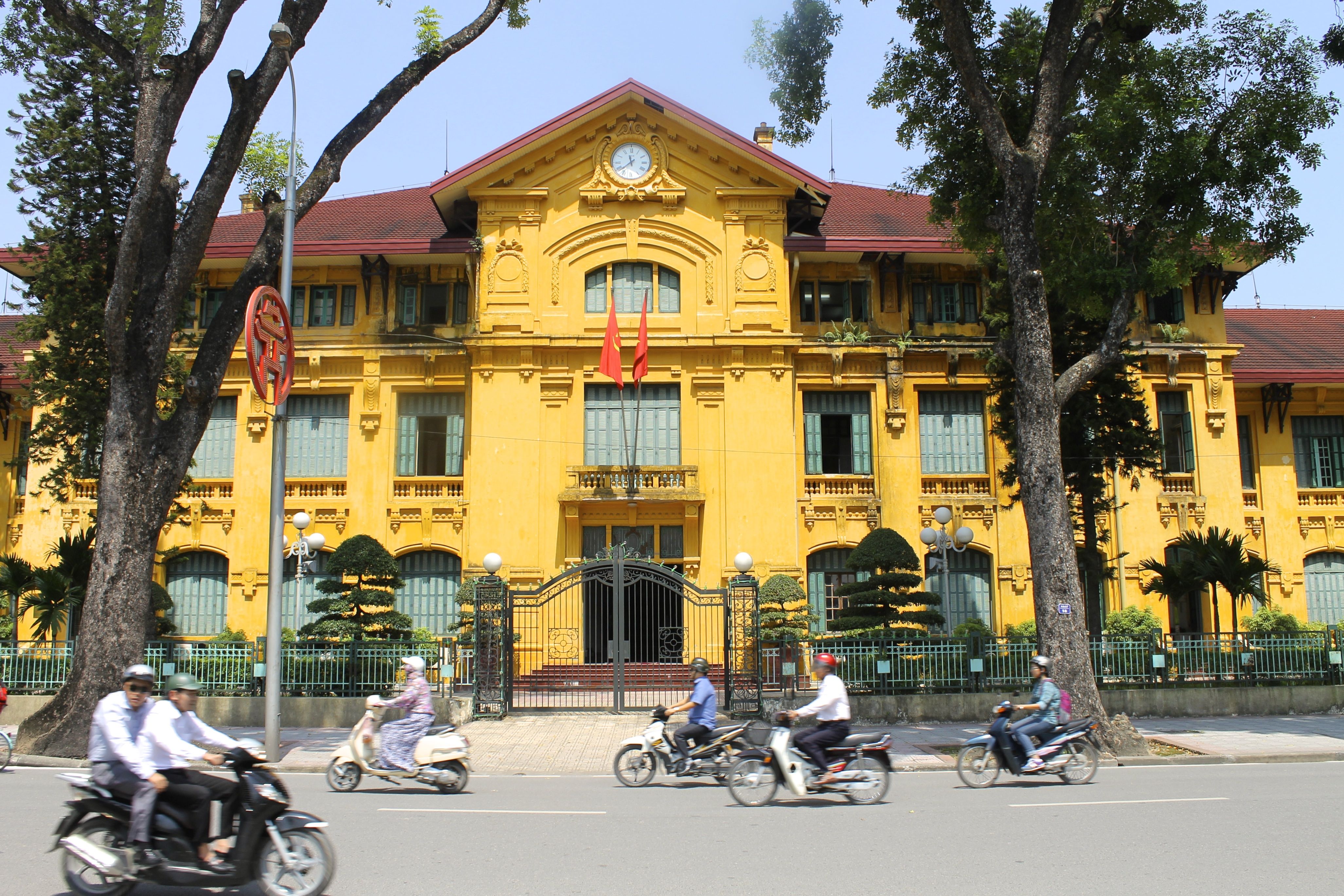 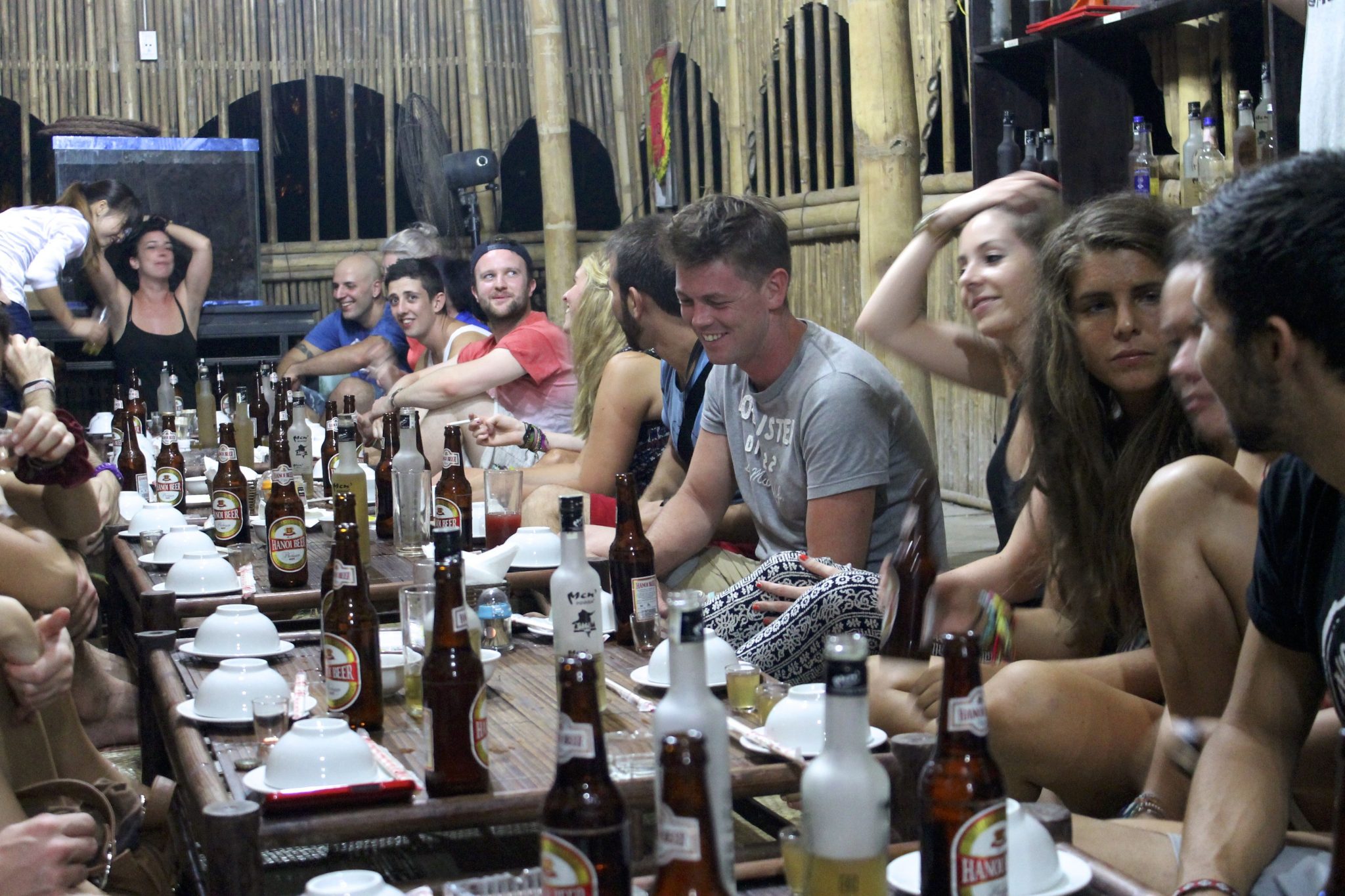 He came back to Byron Bay, his hometown, for a short trip before moving back to Hanoi. It’s moments like these when you realize how small the world really is (cliche epiphanies for the win).

Anyway, it reminded me that I still hadn’t written about my experience in Snake Village, and boy what an experience it was.

If you’re faint of heart or PETA enthusiast, I recommend you pass by this post and try not to judge me too hard.

I came across Adventurous Kate’s post about visiting Snake Village and drinking snake blood wine while I was planning my trip to Southeast Asia.

I put it in the memory bank for when I arrived in Hanoi to look up how to make my own visit. It sounded like a highly unique experience, to say the least.

I talked to the Vietnamese chef who worked at the same bar as me in Melbourne to find out if ‘Snake Village’ was really a cultural experience or more of a tourist gimmick.

He said eating snake is common in Vietnam, drinking the blood is meant to make you stronger and increase virility. Being chosen to eat the heart is synonymous with sitting at the head of the table, it’s a sign of great respect.

That’s not to say that Snake Village isn’t geared towards tourists, it 100% is, but it’s still a part of Vietnamese culture that I probably wouldn’t have been able to experience otherwise unless I had been invited into a Vietnamese home.

Related: Getting Lost (a few times) in Hanoi, Vietnam 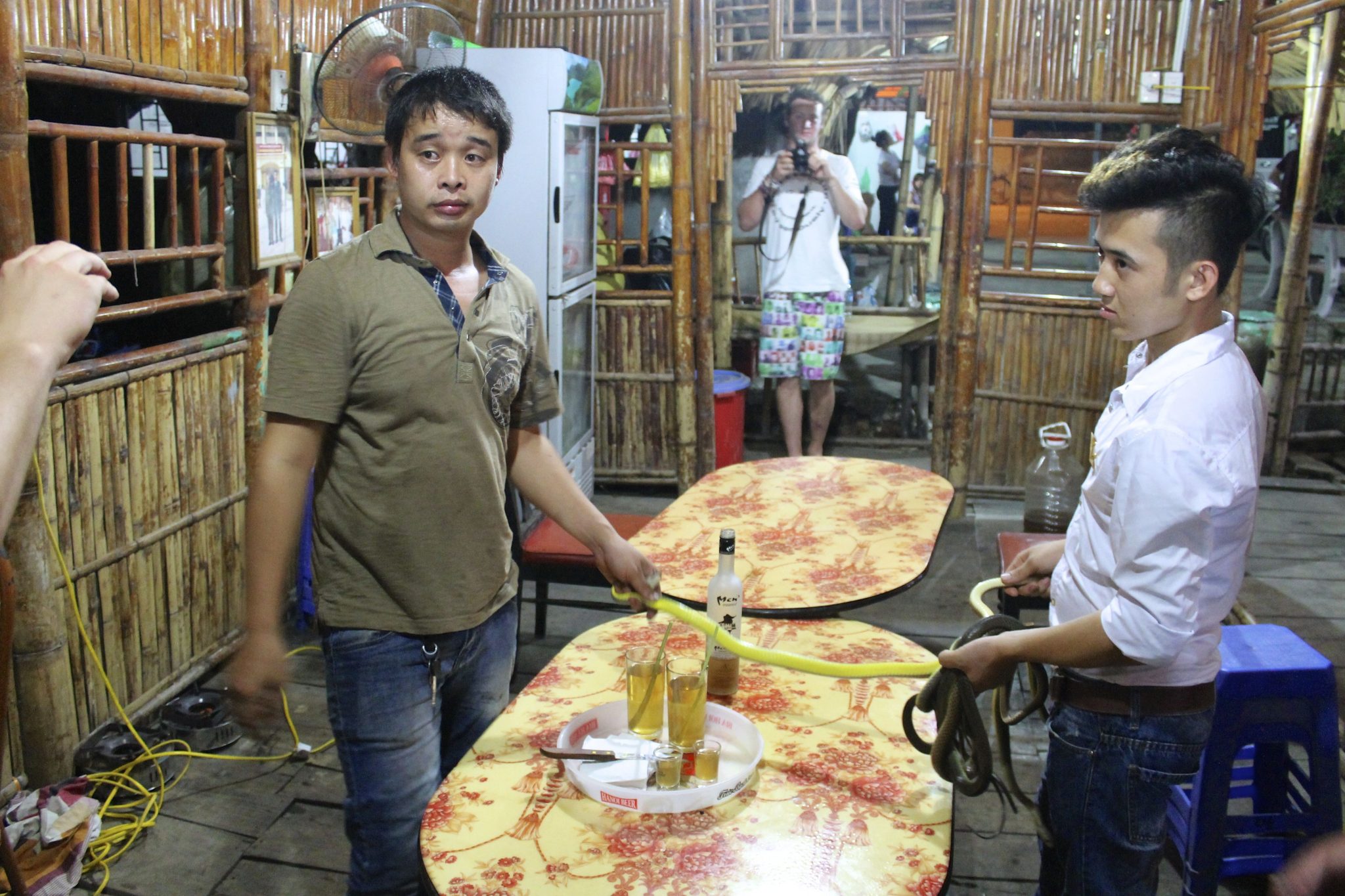 We heard that Hanoi Backpackers was well known for doing decent tours to Snake Village, and we just happened to be staying there.

However, when we first arrived, we kept hearing rumors that they hadn’t done a trip to Snake Village in over a year, something about tourists getting too drunk off rice wine and falling into the ponds in the village.

I was bummed because it didn’t seem like many other places were offering tours to the infamous village. 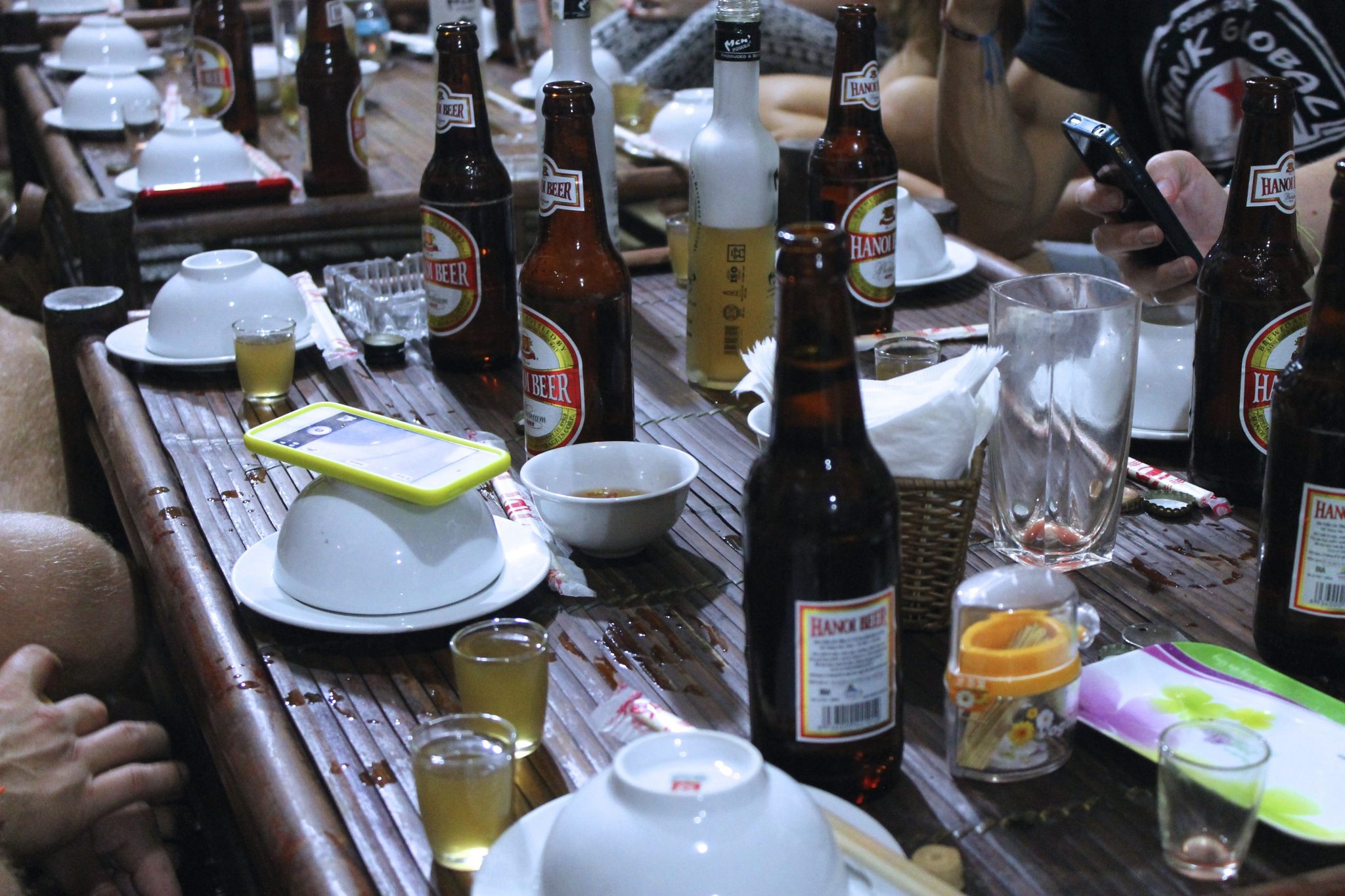 But, when we went down to pay for our Halong Bay tour later that day, there was a signup for a trip to Snake Village on the front desk.

The date landed on our last day in Hanoi, right after we arrived back from Halong Bay. I took it as a sign that it was meant to be, put my name down immediately, and paid the equivalent of around US$25.

When the day came, we all piled into a van and headed to Lệ Mật, commonly known as Snake Village and a bit of a rough place, about 7km northeast of Hanoi.

We jumped out and were immediately greeted by an enthusiastic Vietnamese man who showed us to the snakes.

He was apparently the snake charmer of the village. He did everything entertaining you could possibly do with a snake, including sticking one all the way into his mouth and bringing it out alive again.

Then it came time to hold the snakes. Some of the girls in our group were deathly afraid of snakes, and the snake charmer made sure to keep sneaking up on those who had initially squealed and put a snake on them. He was a hoot.

Related: Phu Quoc Island: A Different Side to Vietnam 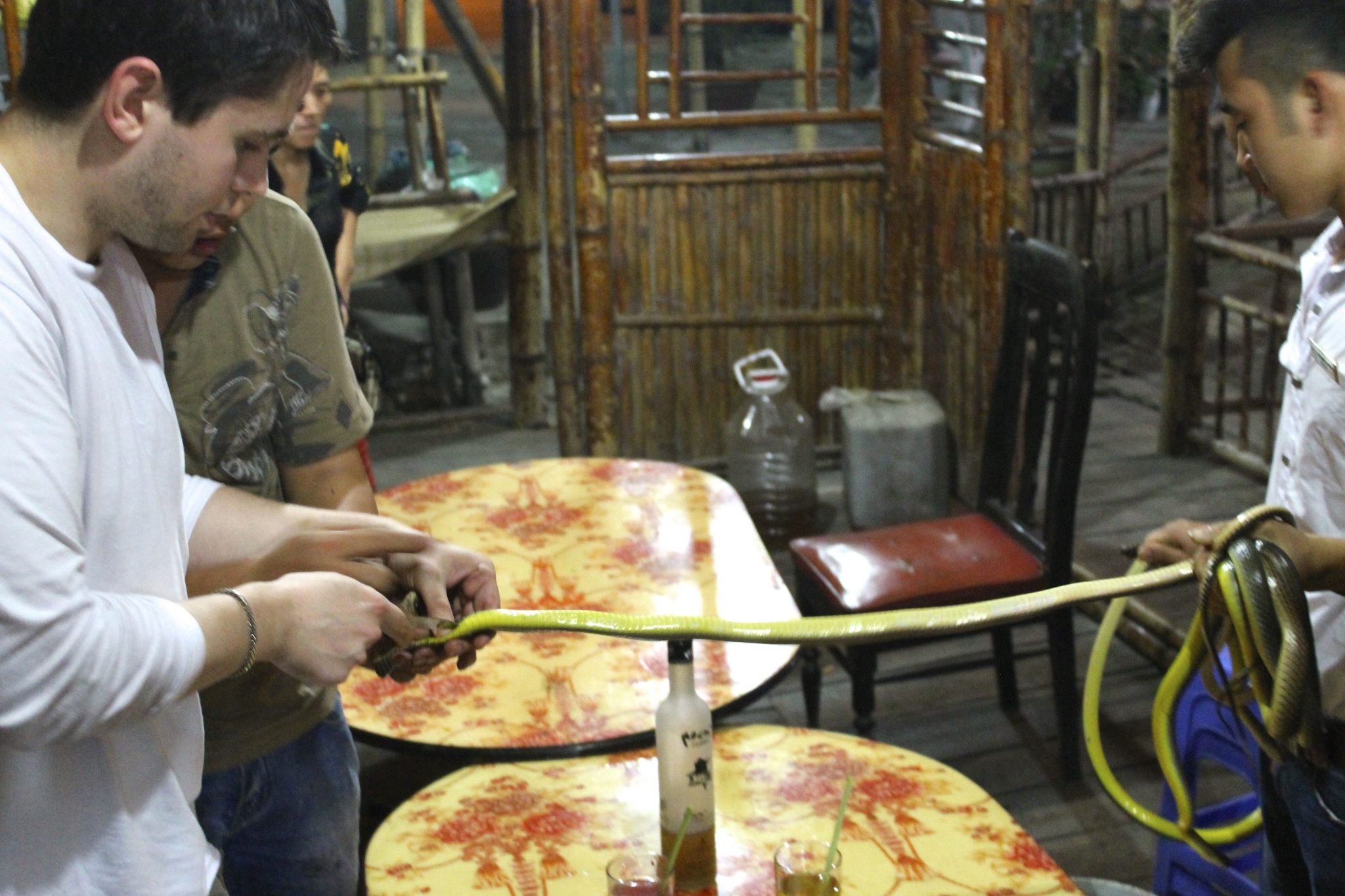 I happily volunteered to hold a couple different snakes, and trusted the snake charmer to wrap them around my neck and coil them on my head.

It was a strange feeling though knowing that we were playing with the snakes that we were most likely going to kill and eat later.

When it came to the feast, there was a lot of rice wine involved and about 7 different snake dishes that came out. You had to take a shot of rice wine between every dish, and let me tell you, rice wine is strong stuff.

Before the feast started though, the killing of the snakes had to happen. It’s something they do in front of everyone to show you exactly what you’ll be eating. 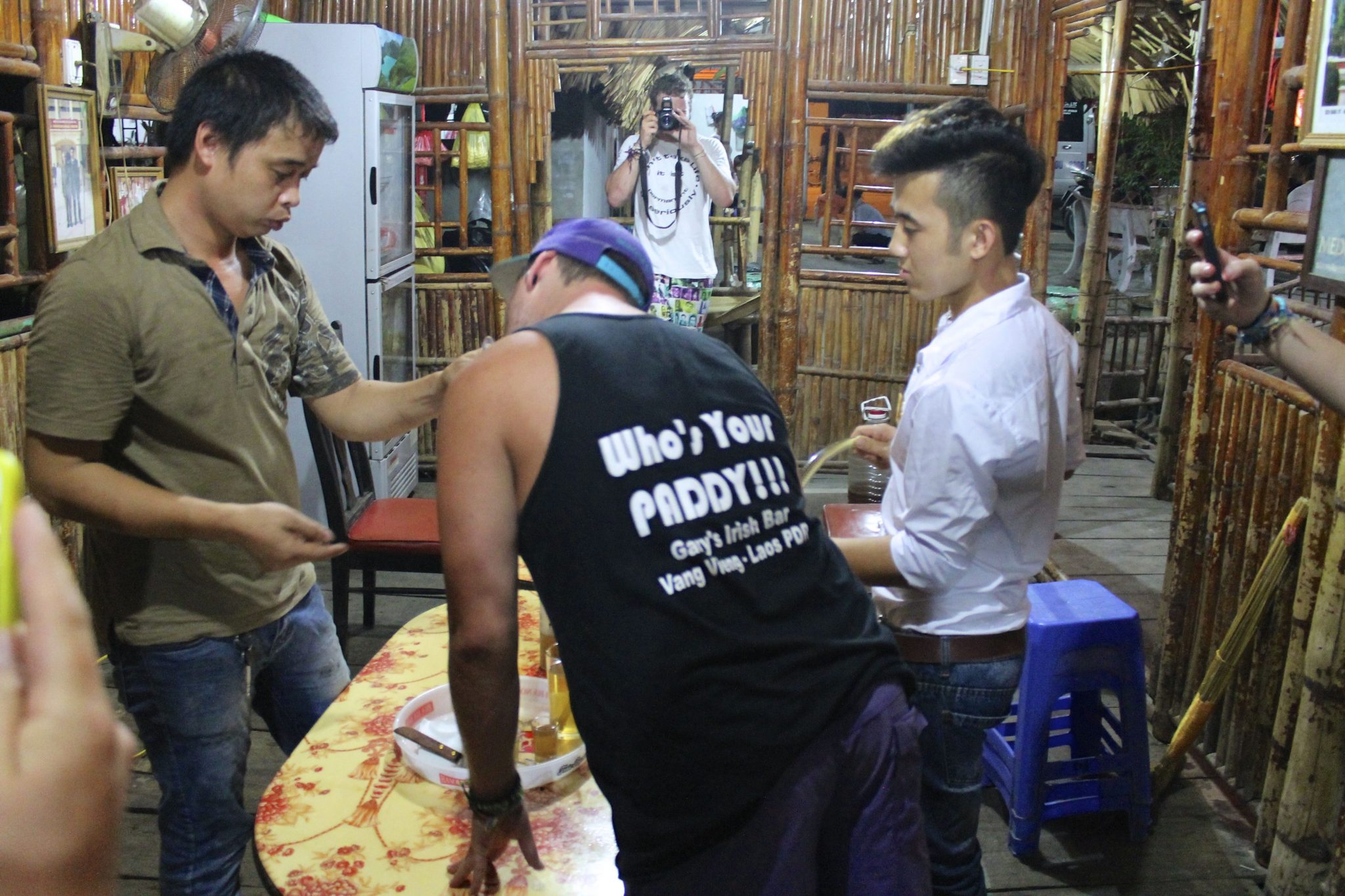 They killed about 7-8 snakes, meaning that many people were able to eat the beating heart if they wanted to. I thought about it for half a second and declined. I guess even I have limits sometimes.

For every snake, they cut it open just below the throat where the heart was, and someone would swallow the still beating heart.

We were told that you’re not supposed to chew the heart because it releases a small amount of venom that makes you pass out for a few minutes. After the heart was out, they squeezed all the blood and bile into two separate cups, and mixed both with rice wine.

We all had a shot of the blood and then the bile, which wasn’t as bad as I expected because the rice wine was so strong, and, really, I tried to not think about what I was drinking too much. 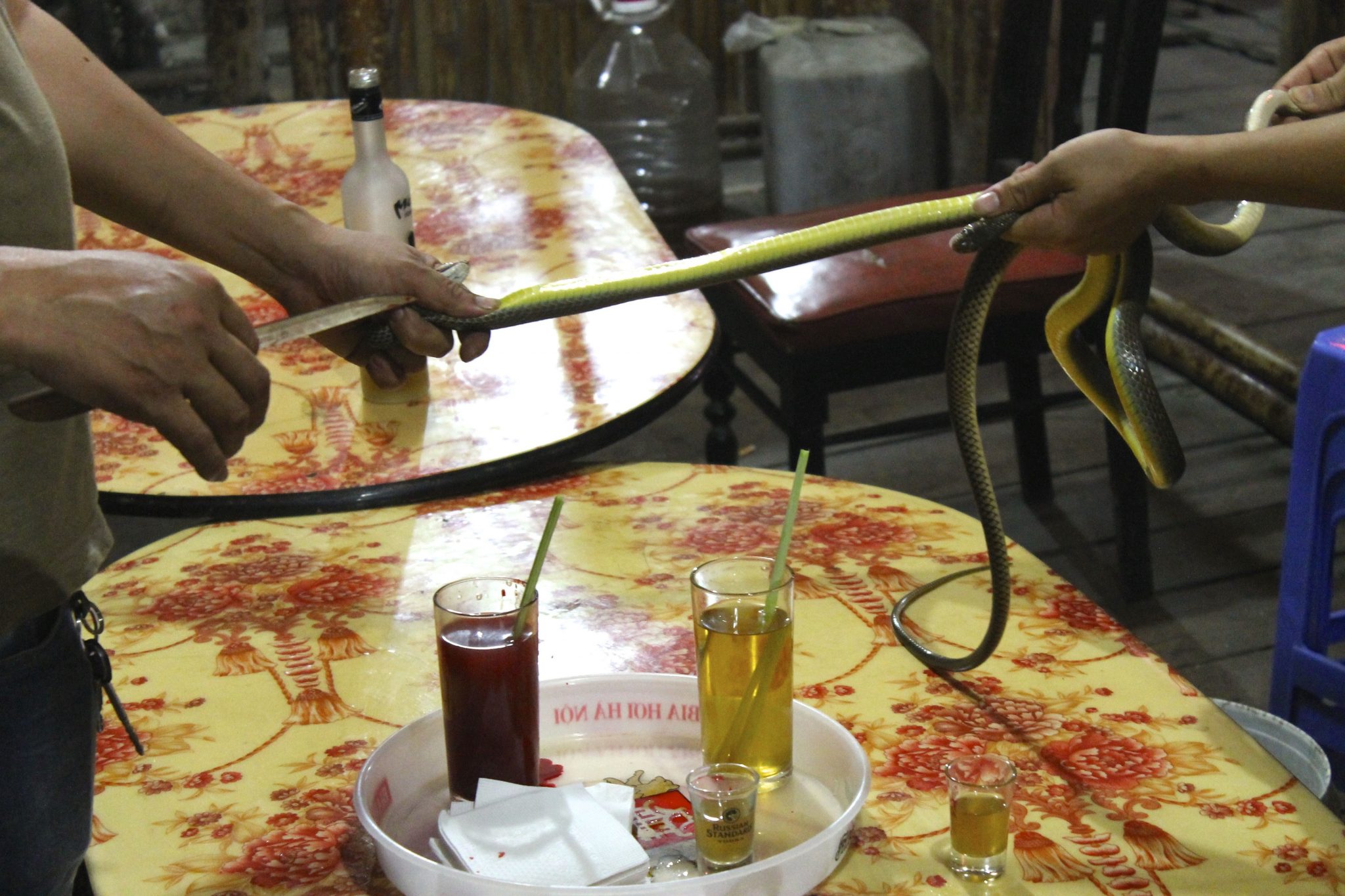 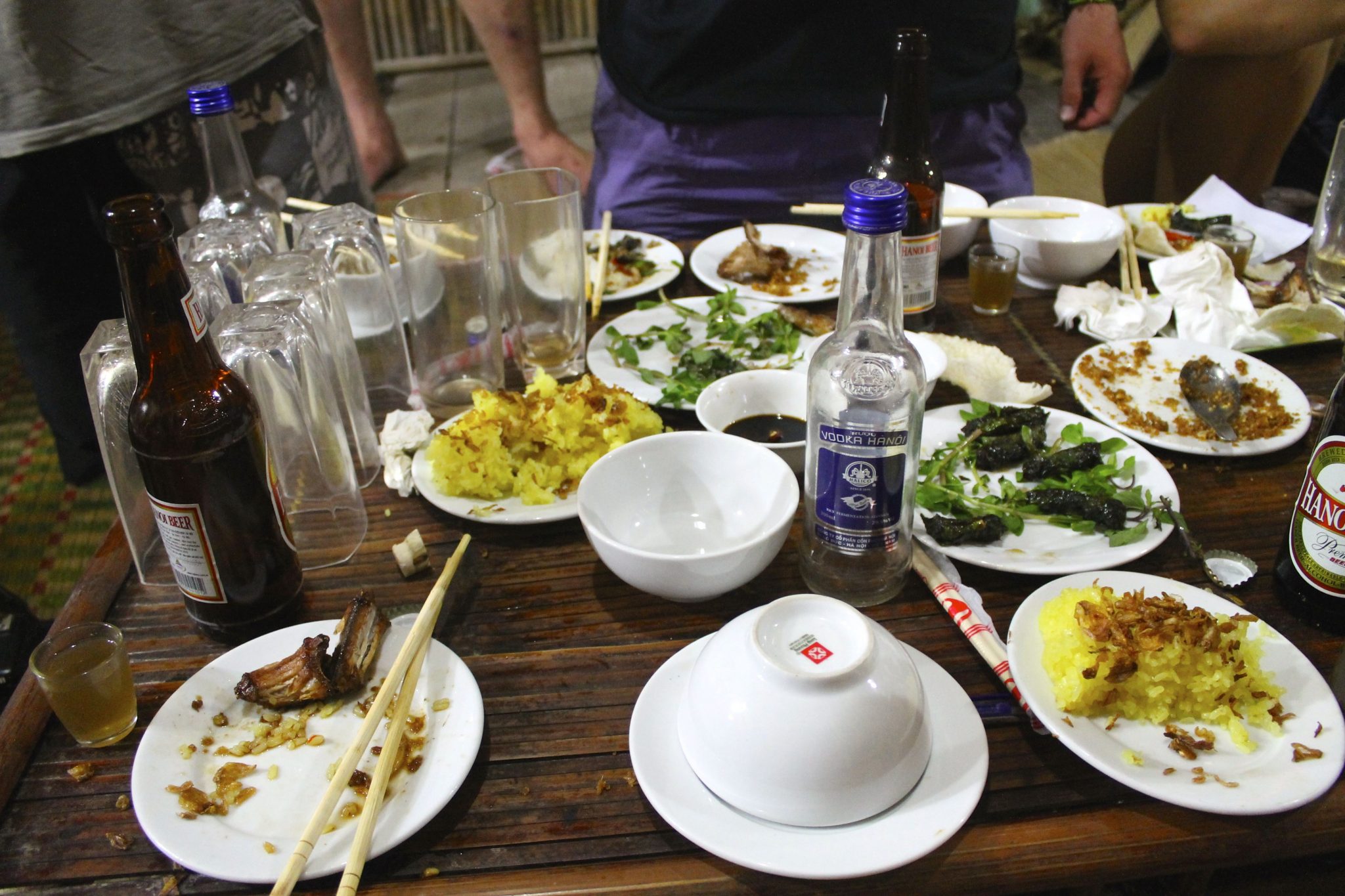 And then it was on to the dishes. The guide at our table (who I ended up meeting again in Byron Bay last night), was hilarious. There was a bit of a competition between the tables over who could drink the most rice wine, and for our table of four he was bent on us winning.

Again, rice wine is very potent, so you can imagine just how happy we were by the end of the meal.

We feasted on everything from crushed snake bones, to snake vertebrae (“snake ribs”), crispy snake skin, to a seasoned grilled snake. Literally, no part of the snake was left uneaten, including the blood and bile.

When the feast was over, we piled into the van full of snake and all a bit tipsy. On our way back to Hanoi, we fervently talked about how we would not soon forget our time at Snake Village.