My First Impressions of Victoria, Canada 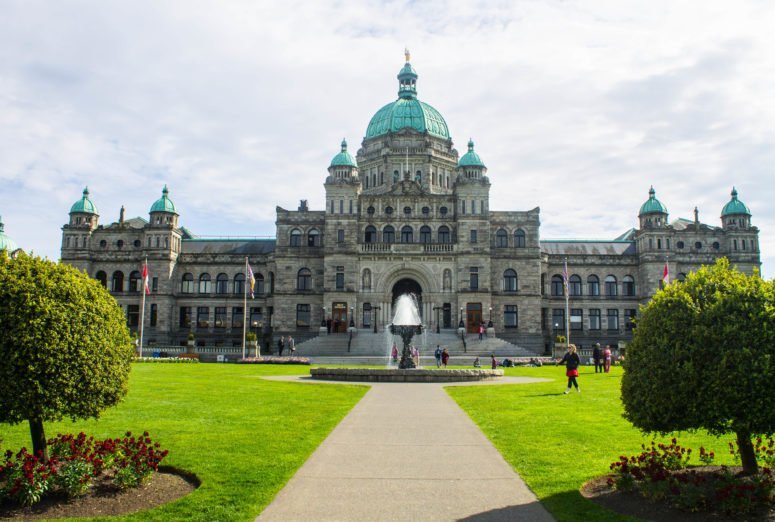 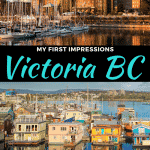 I’m just finishing up my 5-night stay in the British Columbia capital of Victoria and I’ve been blown away by the friendly, welcoming, and genuine nature of the city and its inhabitants. This trip was my first time in Canada and I could not have asked for a better experience.

I’ve learnt a ton about British Columbia history, wildlife, and the overall pace of life and great standard of living here on Vancouver Island. I love how fit everyone is, their fondness for brunch and high tea, and the way I immediately felt at home from the moment I stepped off the Clipper Ferry from Seattle.

These were my first impressions of the dynamic city of Victoria and my first time in Canada as a whole. It is a country that reminds me of the USA in some ways, but also very much of British culture. And of course, Canadians have their own traditions that don’t have anything to do with either of those as well.

Okay, Canadians don’t actually speak like they’re from London, but nonetheless they’re really into their tea. Most people I met in Victoria drank tea in the morning vs. coffee and high tea is very much a tradition in the city as well.

There are plenty of places around town to go for either a proper high tea experience with mini cakes and pastries cut into triangles, as well as other spots that are better for a more casual afternoon tea time. The Empress Hotel is potentially the most popular and elegant place to get high tea, but it will set you back about $50 to $75 CAD.

If you’re okay with just enjoying a regular afternoon tea, a lot of the gardens around and just outside of the city also have the option for afternoon tea at onsite cafes. 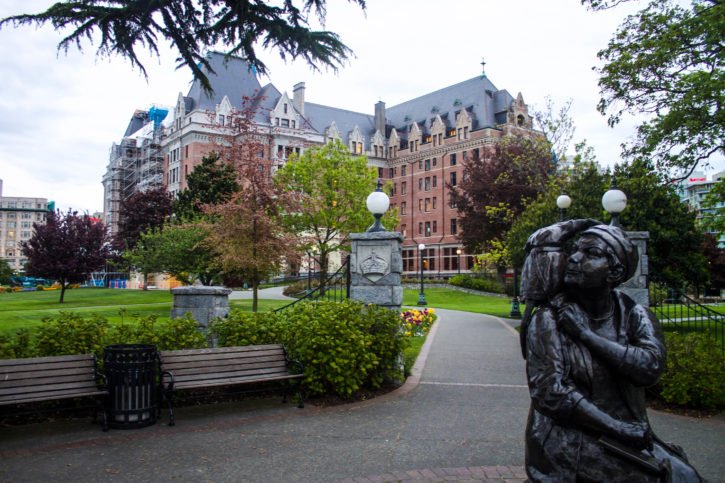 There’s no way to get around it, Victoria is expensive when it comes to going out for meals or drinks. I couldn’t believe how almost every meal I had in the capital was at least $15-$20 CAD, in both nicer brewpubs and more hole-in-the-wall Vietnamese phở places.

I’ve heard that you are able to find relatively affordable food if you know where to look, but it would be hard to come by anywhere in the downtown area. If you’re going to Victoria and you’re planning on eating out each meal, assume you will be paying around $50 per day just on food at the minimum. 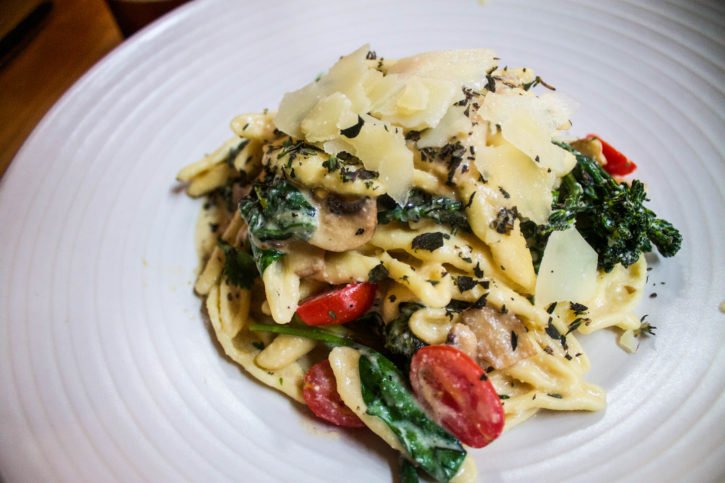 When it comes to drinking alcohol, it doesn’t get much cheaper. I focused on the craft beer while I was in town, and most pints cost me anywhere from $6-$10, the majority of the time I paid around $8. And, that’s not including the alcohol tax that’s put on top of drinks and a tip for your bartender. Coming from Portland where local Oregon beers can be as low as $4 a pint, even in pubs, this was a hard one for my wallet.

Victoria is one of the more expensive cities in Canada for food because they are so well known for their foodie scene and it’s on an island. Expect to pay slightly more than you would think and budget accordingly.

Canadians really are that nice

I know, I know, it’s such a cliche to say how nice Canadians are, but oh my gawd, I didn’t quite realize how true that was until I went to the country myself. I couldn’t believe how much kindness I found in Victoria from complete strangers and new acquaintances alike. People actually pay attention to what they’re doing and how it affects their neighbors, they go out of their way to be friendly and welcoming no matter who you are.

I think it’s more than just being nice though, I found a sincerely genuine nature to Canadians that I find very hard to come by in a lot of American cities, especially regarding strangers. It was as if I was seen as a close friend by most people that I came across, regardless if we had just struck up a conversation two minutes ago. 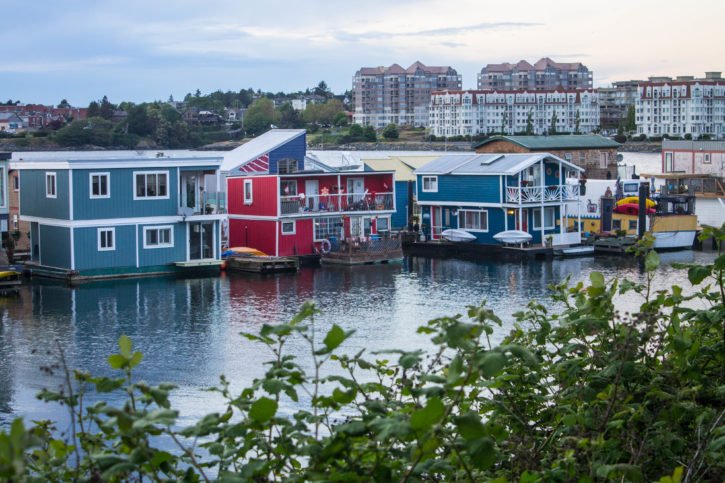 There was really none of that attitude of superiority or judgement that I’ve grown so used to ignoring in Portland, especially concerning customer service. It was nice to not have that standard tinge of sarcasm attached to most interactions like there is oftentimes in the States.

Even though I was traveling by myself in Victoria, I came away with so many wonderful conversations and temporary new friends that I hope to meet again someday.

Poutine is amazing..as well as brunch

I am very happy to say that I FINALLY tried poutine in Canada and it was even better than I could’ve imagined. I don’t know how or why but melted gooey cheese curds are so much better in Canada than they are anywhere else. Poutine actually started on the eastern side of the country, in Quebec, but it’s still a huge fan favorite and culinary gem celebrated in the rest of Canadian territories.

For those of you who don’t know, classic poutine is fries topped with melted cheese curds and gravy, aka the most heavenly combination known to mankind. I tried my first Canadian poutine at Swan’s Brewpub with pulled pork on top and it was incredibly delicious and about the size of my head. 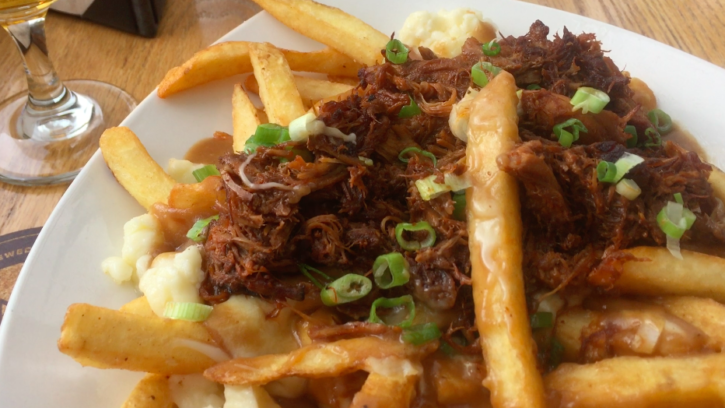 Having such a big foodie scene as I mentioned before, Victoria is also huge on brunch culture. I was lucky enough to be there for the weekend and had brunch on both Saturday and Sunday. And know that people in Victoria take it seriously, some even get up at 8am to get a spot at their favorite place that usually has an hour or more wait.

There are numerous brunch spots around town, but the most popular ones would be Blue Fox Cafe and Jam. I ended up going to Pluto’s and Floyd’s Diner while I was there to avoid long lines and a crowded brunch experience.

Ice hockey is where it’s at

Sadly, I didn’t get to go to an ice hockey game myself (I wish!), but I did see a lot of hockey in pretty much every place that had a TV. This is another cliche that is 100% true in how much enthusiasm Canadians have for the sport.

I watched my fair share of ice hockey games while I was in Victoria, from pubs, to my hotel, and beyond, it’s hard to go far without seeing a game on the telly during the right season.

To my excitement, I vaguely heard about there being some craft breweries in Victoria before I arrived, but I discovered so many more once I actually started walking around and doing my research. There are breweries, brewpubs, and bars that carry a lot of craft beer, all with very different liquor laws, but I don’t think I went a day without trying at least one new brewery out. 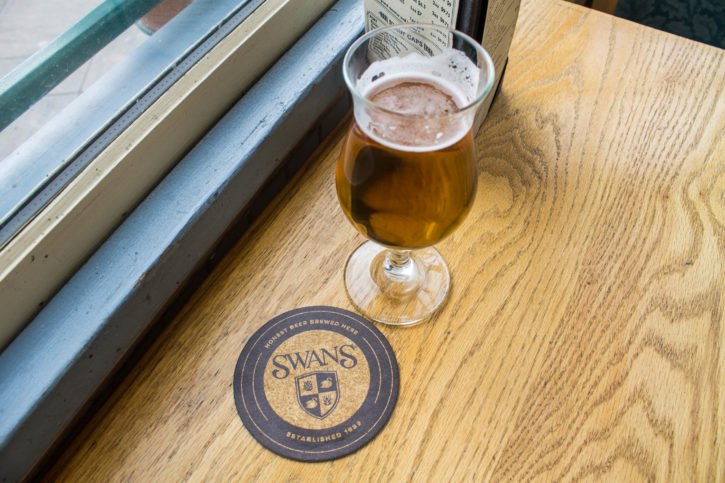 I couldn’t get to all of them within 6 days, but I did give it my best shot! I’ll be writing a full guide to the craft beer scene in Victoria soon, but just know that it has one of the best craft beer scenes in Canada and produces some very tasty brews.

It’s a city full of gardens

And lastly, I love how colorful Victoria is, from the architecture, but also very much from the many gardens you’ll find around the city. Victoria is known as the City of Gardens for good reason, and you’ll find little ones all over downtown and beyond. There are even little garden plots just outside the city that residents who don’t have a yard can rent out – that’s how much they love their gardens!

Just outside of the city center is also where you’ll find the most beautiful garden I’ve seen, the sprawling Butchart Gardens that were created in the early 1900s and has close to 1 million visitors per year. It’s obviously hard to stay away from that kind of beauty. 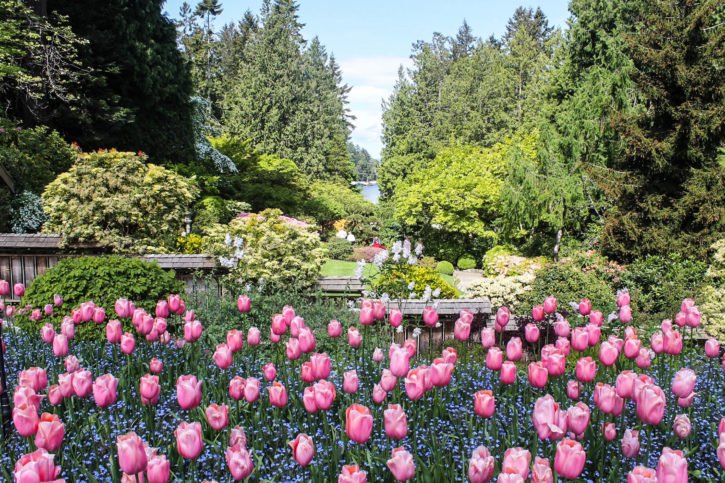 Overall, I had a fantastic time in Victoria and it has only made me realize how much I want to start exploring the rest of Canada, it is such an intriguing and lovely place to visit.

Victoria is a great day trip from Vancouver or Seattle, so if you’re visiting one of those major cities, don’t forget to include Vancouver Island in your itinerary.

Have you been to Victoria before? What were your first impressions? What is your favorite city in Canada?

Looking for other weekend trip ideas from Vancouver? Check out this post! 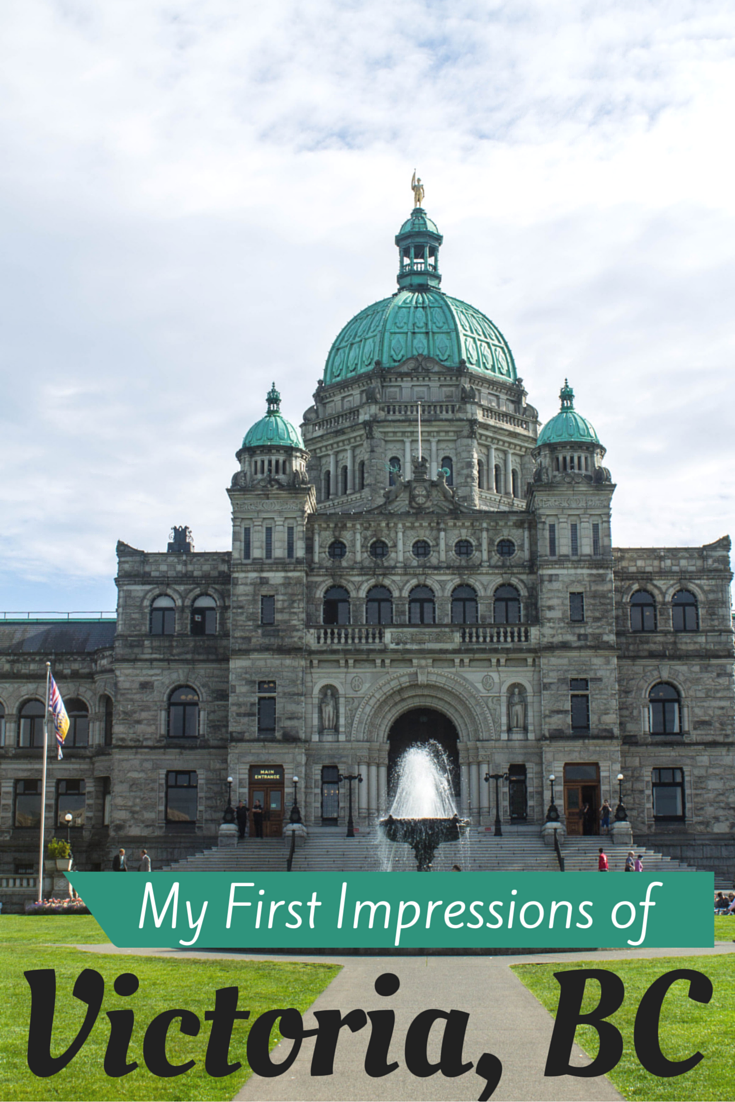