Getting lost (a few times) in Hanoi, Vietnam 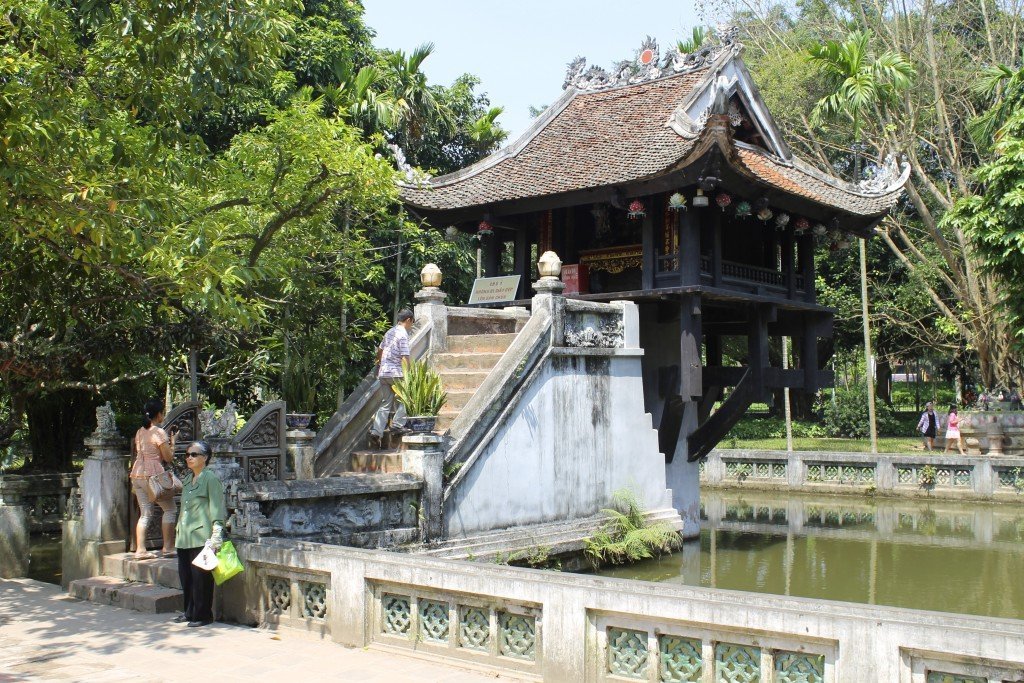 The motorbikes whiz past, missing me by an inch again. A woman walks by balancing food on either end of the bamboo stick across her shoulders. The overpowering smell of raw fish and meat wafts towards me as I walk through the local market. This is Vietnam, along with Cambodia, it’s my favorite place in Southeast Asia. 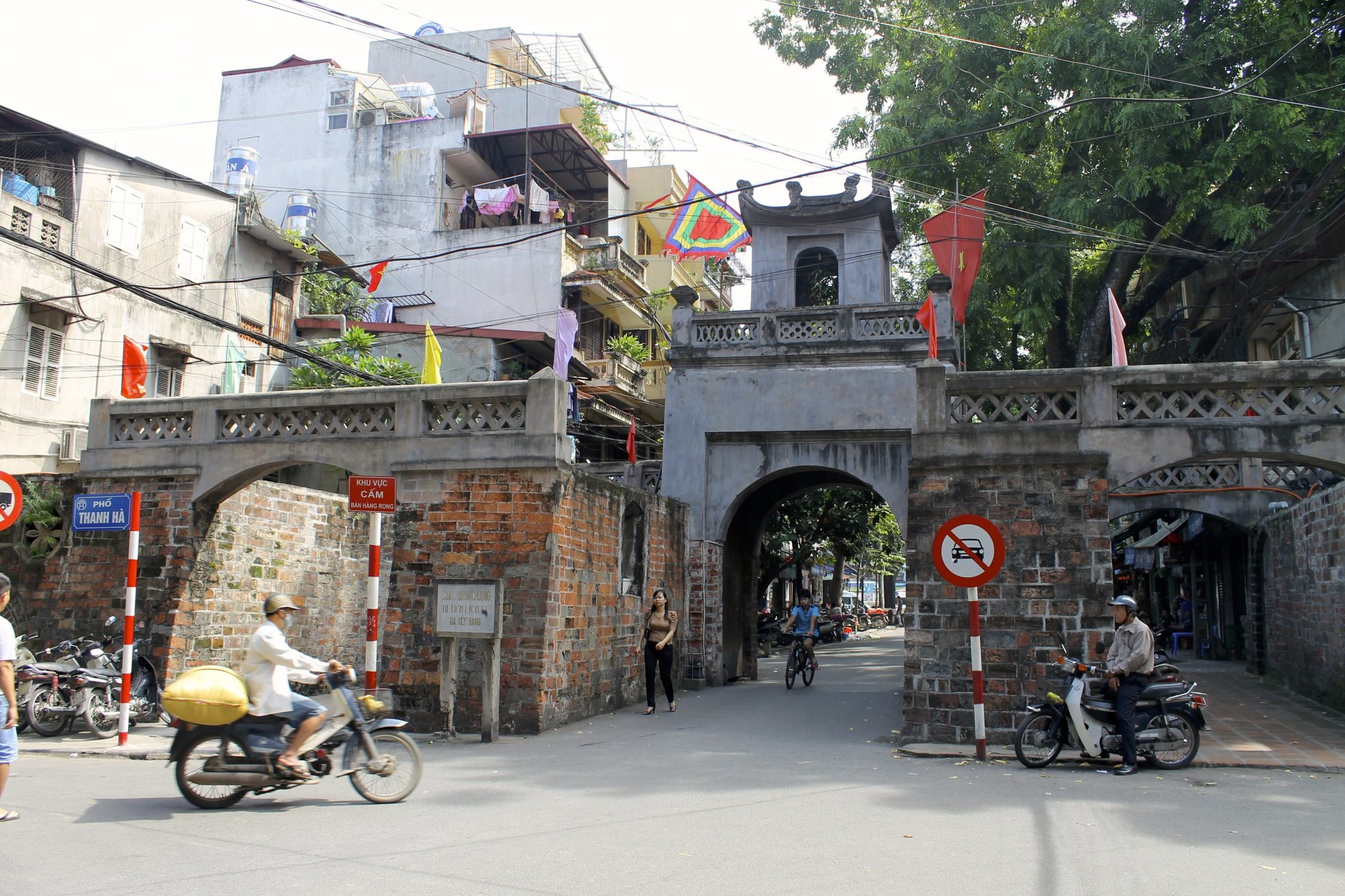 After weighing cost vs. time, we cut Laos from our travel itinerary with a heavy heart and decided to fly straight to Hanoi, Vietnam from Bangkok. We already had a taste of Vietnam a month previous back in Ho Chi Minh City, before we bussed it to Cambodia and traveled through Thailand. Silly as it was, I was a bit nervous coming into Vietnam because of the nationality on my passport and my own American guilt over the relatively recent Vietnam War (called the American War in Vietnam). However, it’s a country that has been high on my list to visit for quite awhile now, and it did not disappoint. 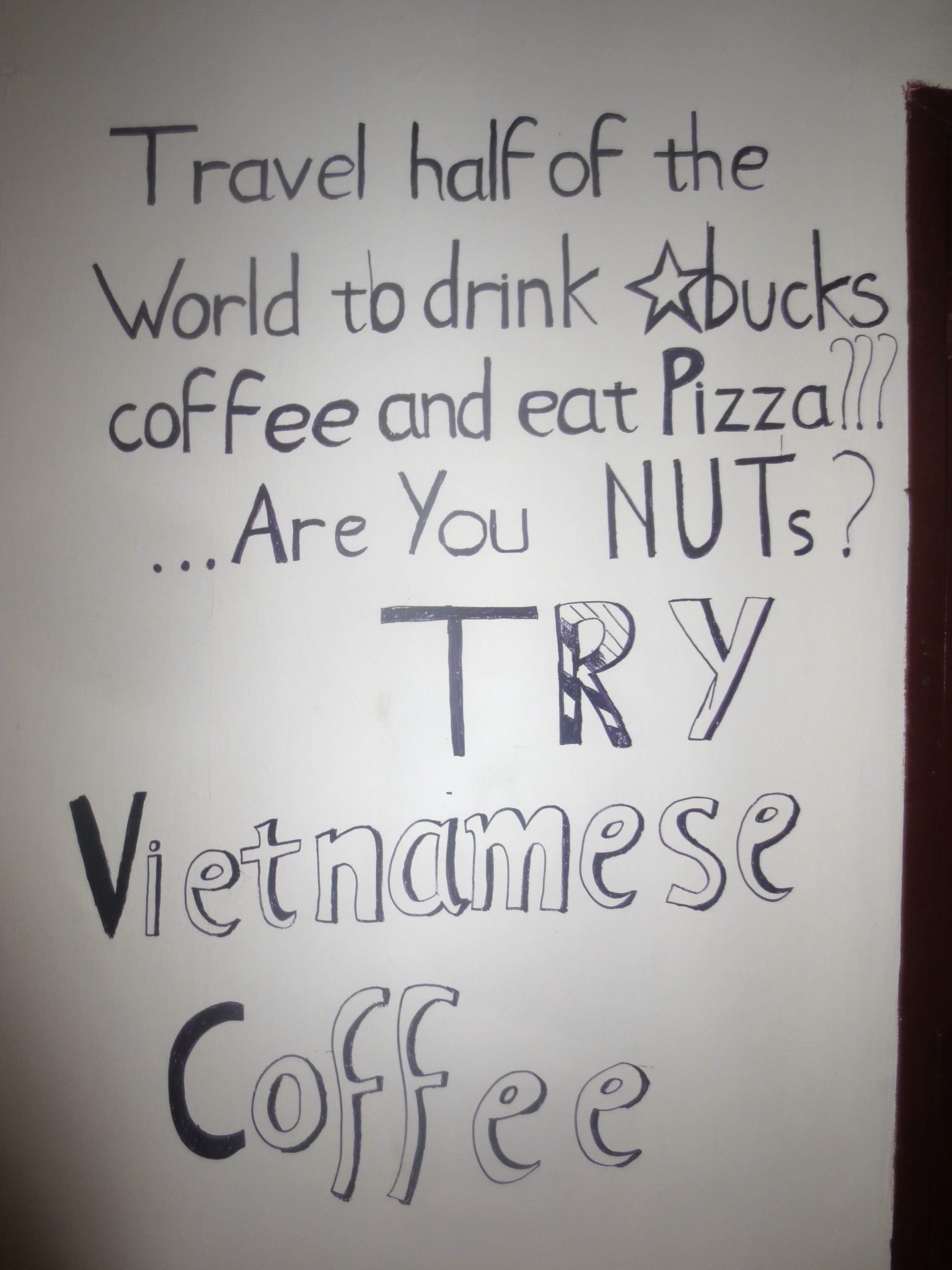 Sweaty and tired from the plane, we jumped off the bus full of Vietnamese people. Before arriving, I heard many a horror story about Hanoi and the notorious amount of scams on tourists (especially when it comes to taxis and cyclos –  the foot peddled taxis). I heard it was a place that was in your face, blunt, yet a fast paced unique beauty with its Colonial history. So, I wasn’t sure what we would be walking into when we tumbled out of the bus on the outskirts of town with our heavy backpacks on.

It was quite the hike to make it to our backpacker glam hostel called Hanoi Backpackers. We decided to splurge a bit more than usual on accommodation in Hanoi, and it was money well spent. Hanoi Backpackers has everything a backpacker could pretty much desire, from themed nights, a relatively cheap bar, free walking tours, discounted day trips, and nice and clean rooms. Besides the “bro” staff vibe, it was one of my favorite hostels in Southeast Asia.

Even with the negative feedback I heard from other travellers, I loved Hanoi from the moment I stepped off the bus. Walking through town with the red sun setting over Hoan Kiem Lake and motorbikes trying to kill me from every direction, it was one of those travel moments where you feel a contented sort of bliss. 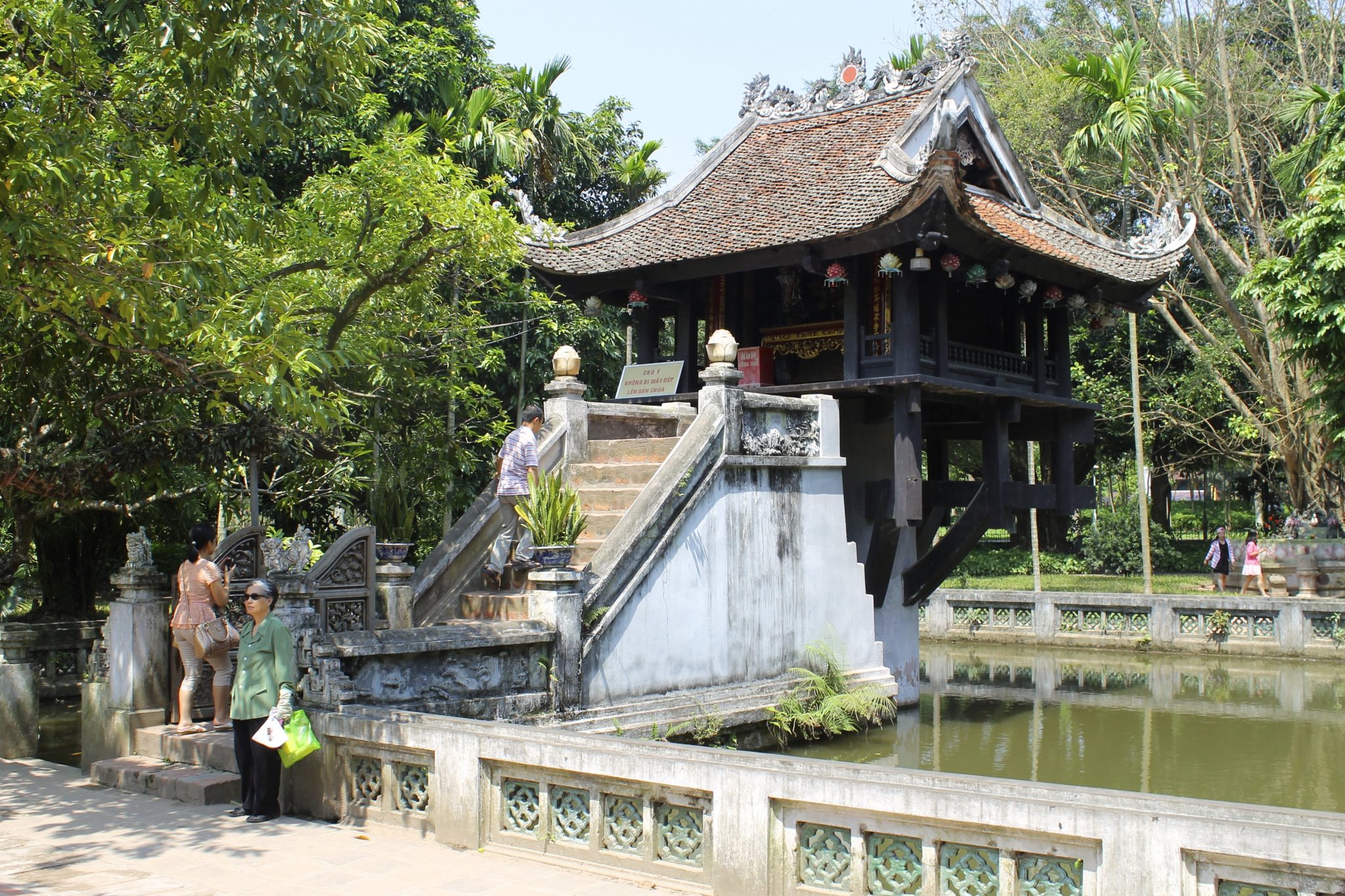 The French Colonial city is a place most people either love or hate. Even though there are indeed scams galore to be found, two of which I came across in the few days I was in town, there’s still a lot to love about Hanoi.

It was my base for exploring Halong Bay, it’s where I dined on a snake feast in snake village and drank snake blood and bile, it’s where I found some of the best baguettes and waffles, and where I learned more about a heartbreaking past. 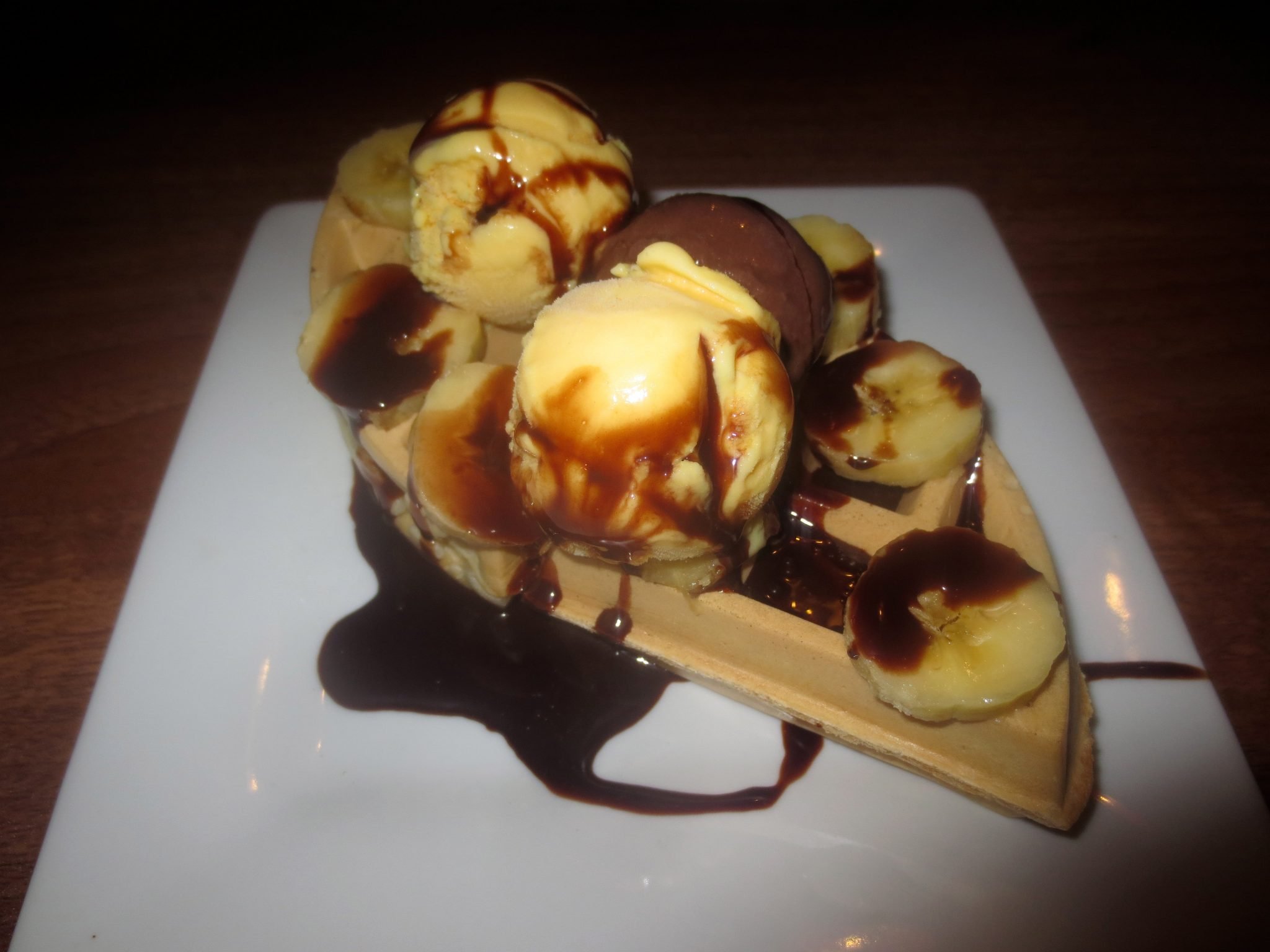 I explored the Old Quarter, got lost in the night market near our hostel, saw the Opera House in the French Quarter, walked around the Ho Chi Minh Mausoleum (as it was closed), took a picture of the One Pillar Pagoda, and delved a bit deeper into the city’s history at Hoa Lo Prison (where John McCain was a prisoner of war). I also enjoyed a peaceful stroll around Hoan Kiem Lake, walked to the scenic Long Bien Bridge, and had some delicious phở bò at Phở 24. 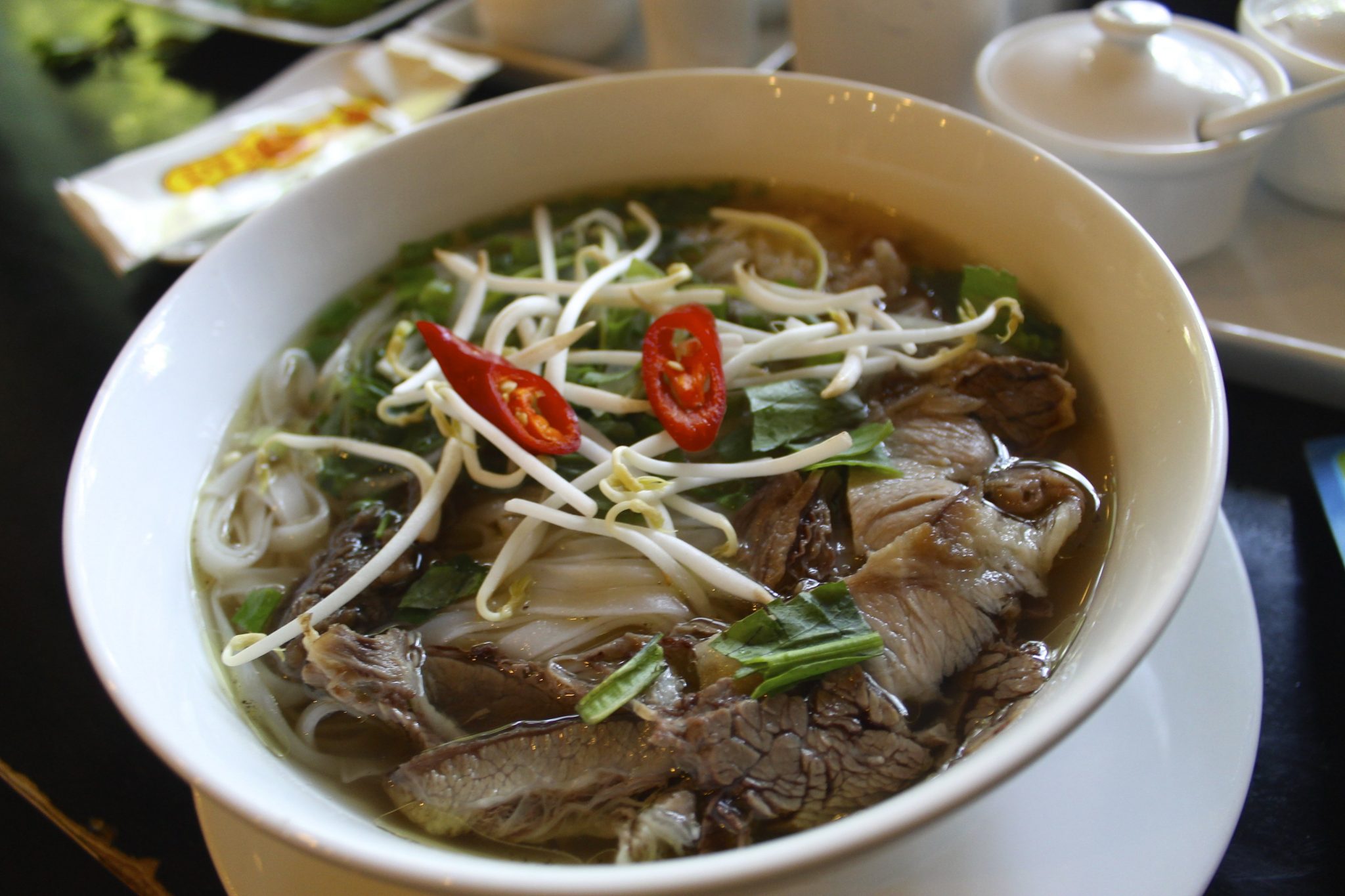 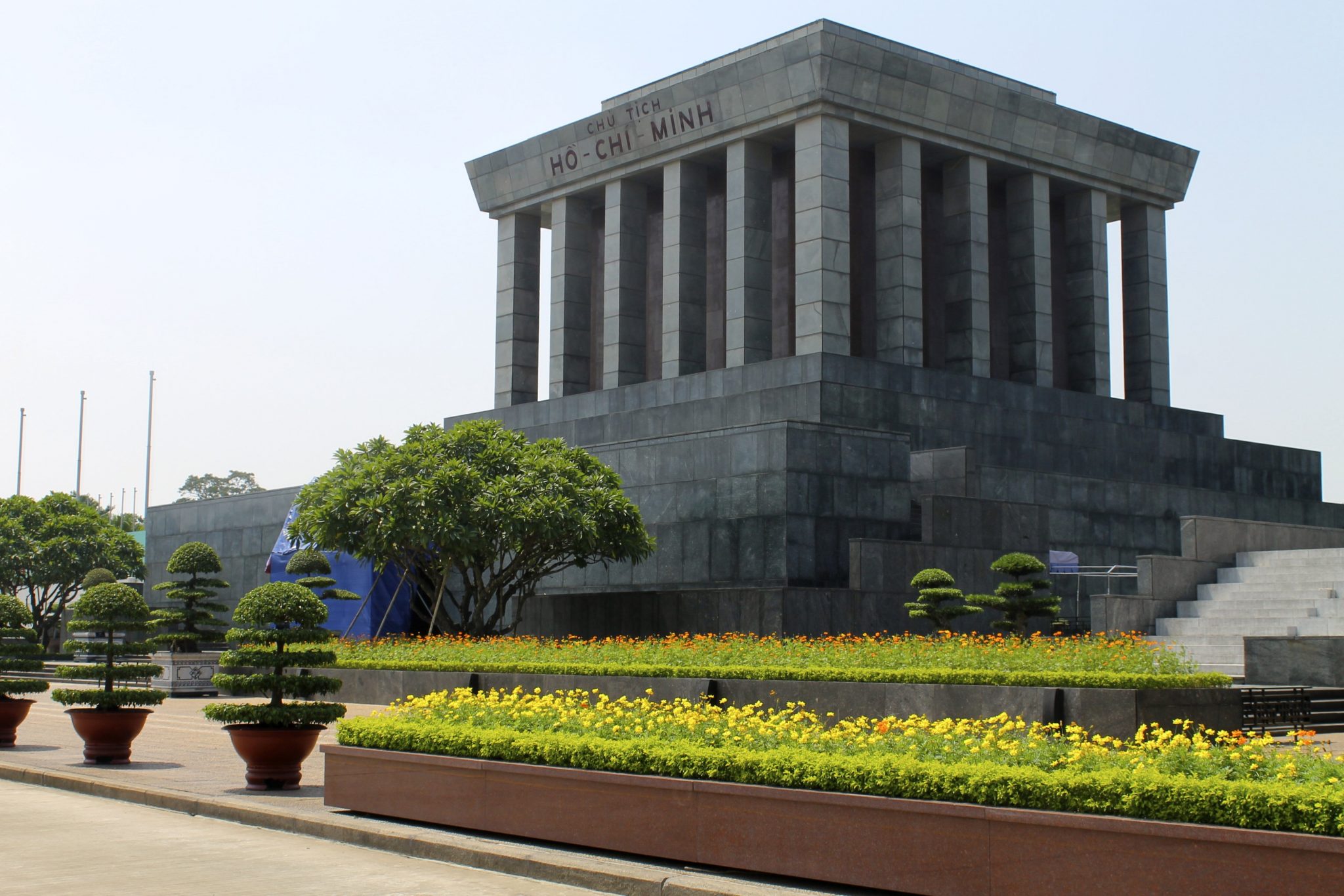 One of my favorite moments in Hanoi was when my friend Laura and I spent the day, a very long day, walking to the French Quarter. After getting a little lost and trying to find our way back to our hostel, we went down an alleyway lined with plastic picnic benches and little plastic chairs. No one spoke English, but you could smell how mouthwatering the street food was that the stalls were cooking. Although we were in the mood for phở (I mean, when would I ever not be in the mood for phở?), the place we sat down to was only cooking one dish. We ordered two bowls, and later found out it was a dish called Bun Cha, a local favorite in Hanoi. Let’s just say it was a dish that made our day and long walk worth it. If you’re ever in Vietnam, don’t miss out on the street food, it’s the cheapest, adventurous and most authentic way to go. 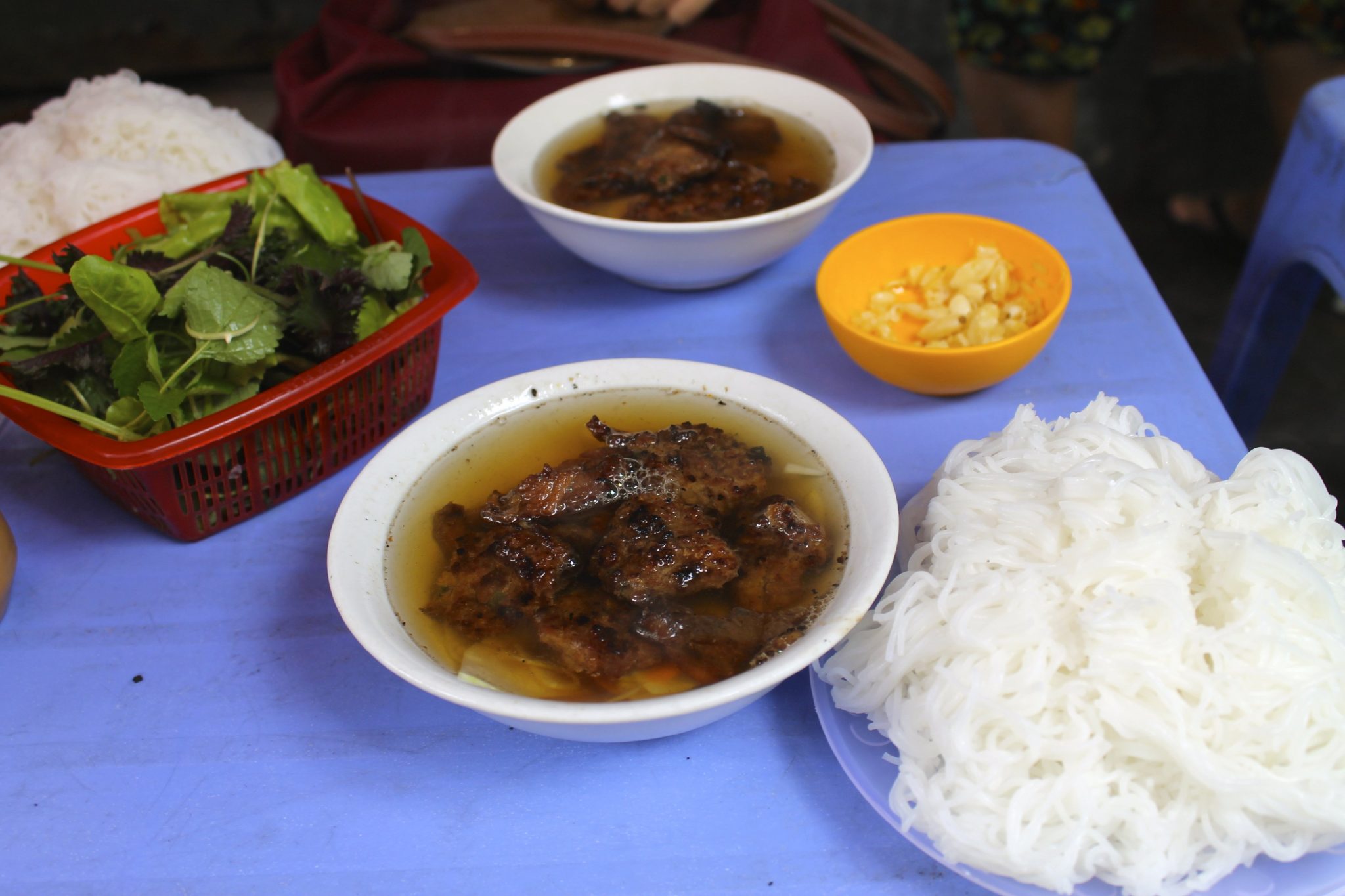 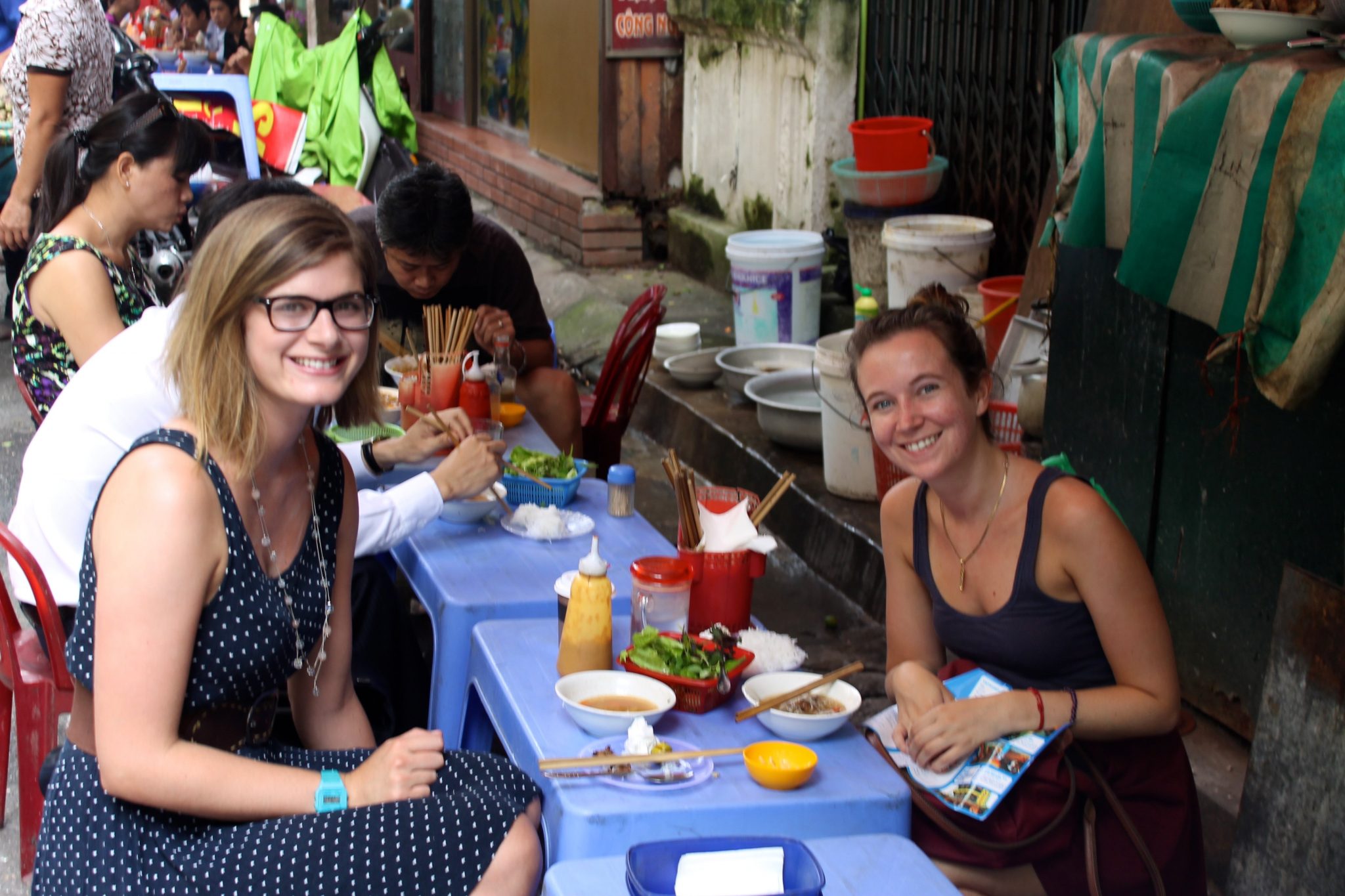 Even with a map, Hanoi is a city that you’re meant to get lost in and that’s part of its charm and probably why I liked it, you never really know where you’ll end up.

There are so many distinct, varied and historical parts of the city that it would be very hard to find yourself bored or indifferent, whether you’re solo, traveling with friends, or with kids in Hanoi. 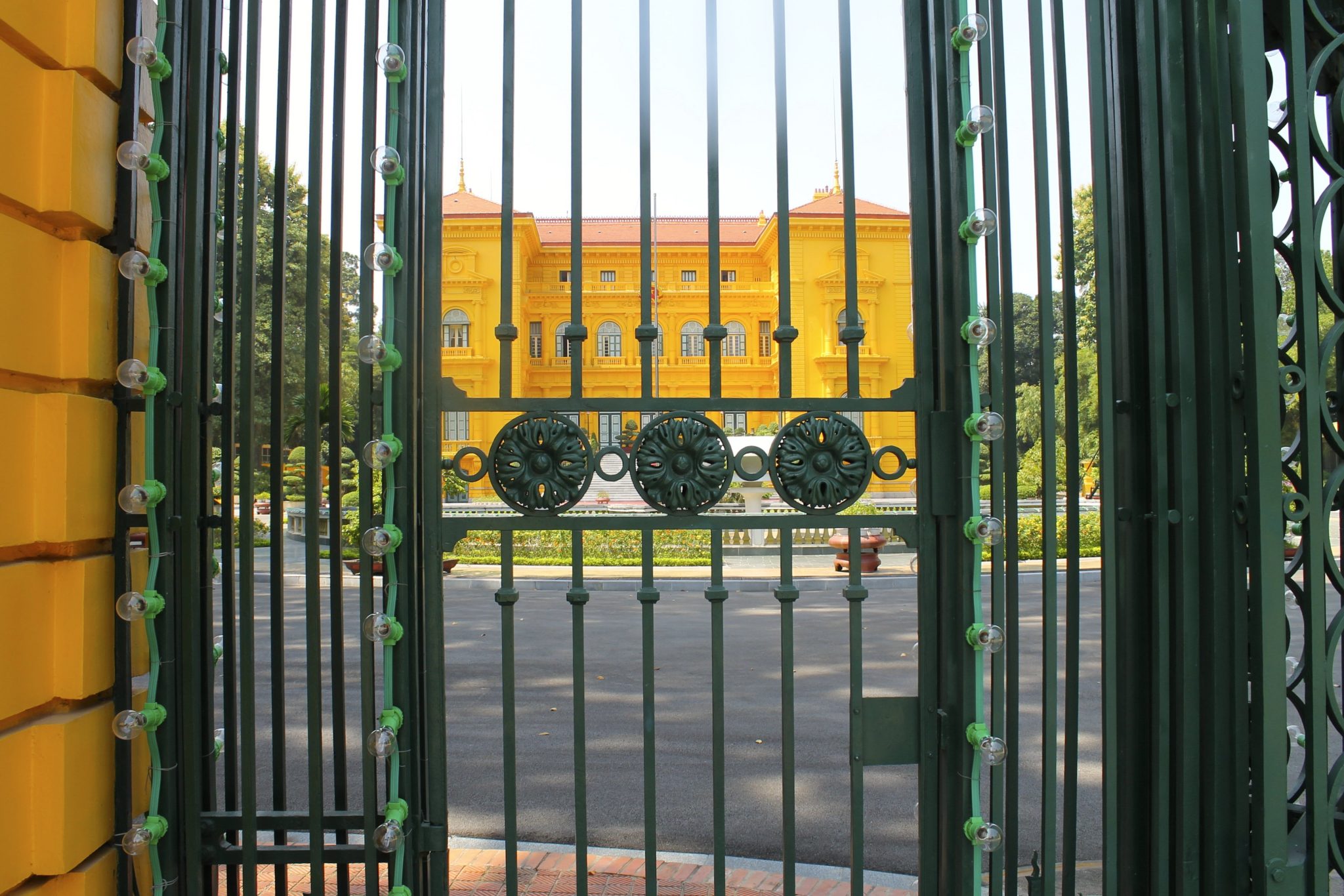 There were more than a few hilarious stories even just in the short time we were there. My friend went to go read by Hoan Kiem Lake at one point, and was approached by some Vietnamese adolescents doing a “survey” for school. They wanted to go into details about her *ahem* personal life and know exactly how many guys she had slept with, for research purposes, of course. Another time, I was walking down the street with my broken sandal (broken since Cambodia!), and I was followed by countless Vietnamese shoe repairmen who wouldn’t stop pointing at my feet and trying to grab the broken strap on my sandal. They also make beer towers (with cans of Heineken or Hanoi beer) as offerings in their temples, how cool is that? C’est la vie in Vietnam, it’s hard to beat the atmosphere.

Oh and did I mention the baguettes? 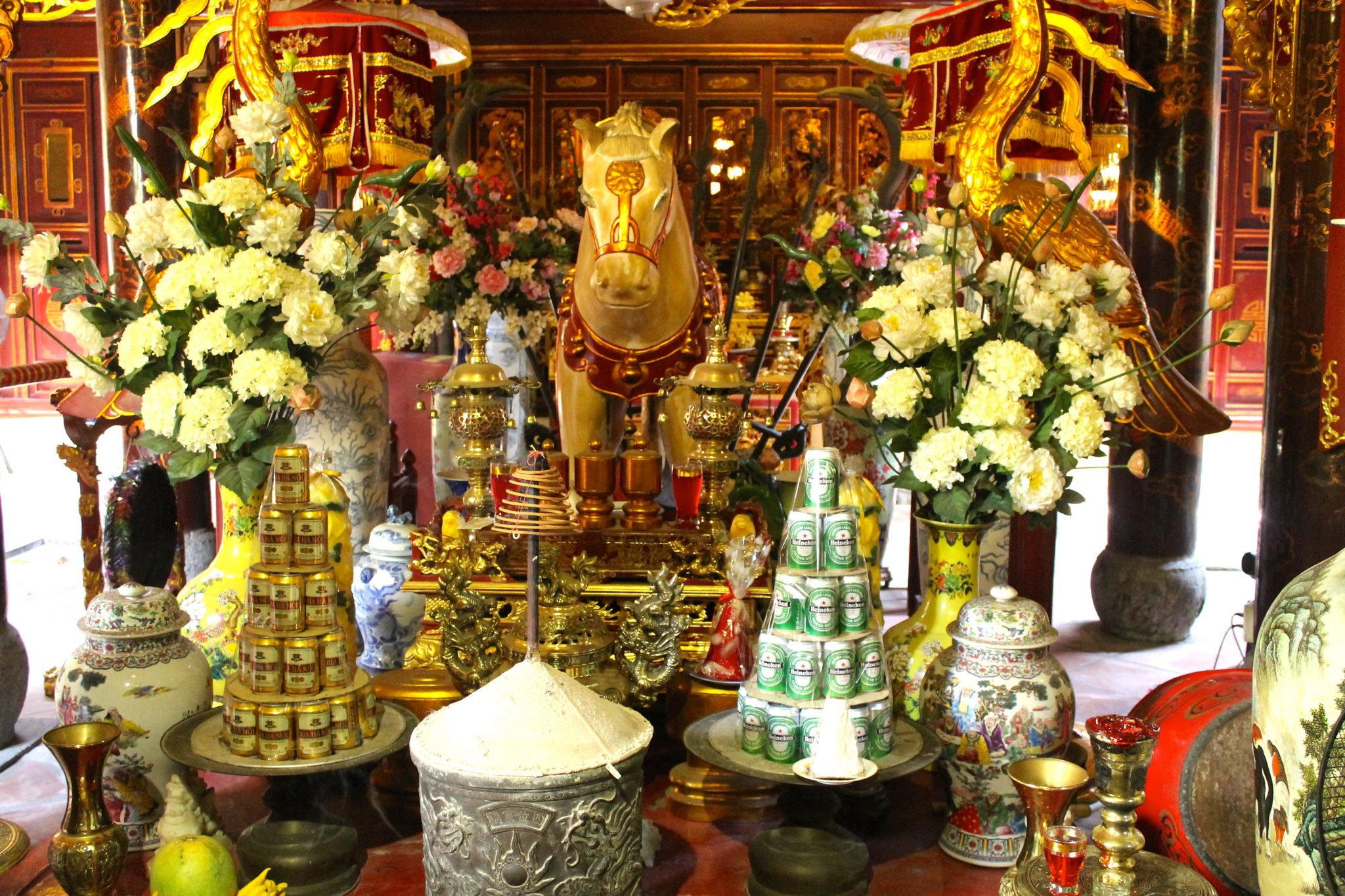 Have you ever been to Hanoi? What’s your favorite city in Vietnam?