I’m Moving (Back) to California! 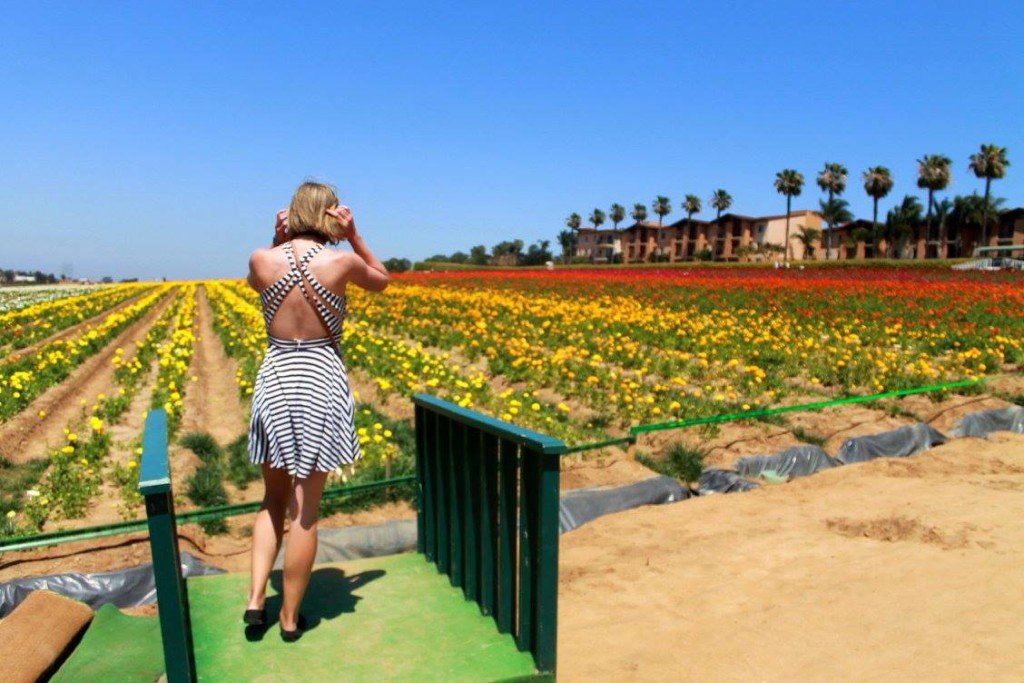 After 5 and a half years of slow travel around the world, I’m ready to have a more stable life in California. This is why.

When the wheels lifted off the tarmac for Iceland in May, I felt my heart sink and float back down to San Francisco.

A realization set in. I was leaving for yet another indefinite amount of time abroad, and all I could think about was how much I was going to miss California.

I rarely get homesick, and the fact that I was already feeling a homesickness creep in during takeoff was proof enough that, at least for now, California is where my heart and mind are at.

I planned to live in Europe for the rest of spring and summer, and maybe find a base on the continent to set down roots for a while.

On one hand, I was excited as I always am for new travels and new cultures to explore, to finally experience Portugal, a country I’d heard such good things about.

On the other hand, I knew deep down that I was setting off on a wild goose chase to find a base, because I’d already found a home in California during my 6 months back between travels this past winter. I just wasn’t ready to admit it.

But, after spending a few months in Europe this summer, I was even more sure of that decision to move to California. I knew I was ready to call it home again.

I made it my goal for 2018 to find a more permanent base this year, to finally unpack my bags and start creating a life for myself that wasn’t just about travel.

I lined out the reasons for wanting to settle here, but it ultimately came down to an untethered feeling I had about my place in this world and what I was actually doing with my life.

In the past year, I noticed travel losing the allure it once had for me. And it scared me.

I’ve not only made travel my job, but my identity over the past few years, and I realized how unhappy I had become with that identity because it doesn’t represent all of who I am, and it’s not only who I want to be.

It was hard to come to that realization because I liked being the adventurous friend who tells the craziest stories over a round of beers.

I liked being the exotic foreigner who decides to take off and live in another country for a few months to a year at a time. I liked getting carried away with travel romances, and reluctantly leaving them behind once they lost their whimsical glow.

I liked finding my independence and coming to the realization that I don’t need anyone but myself to be happy, but also how I’d like to someday share my life with someone who complements me in the best ways.

I still plan to be that adventurous friend who you can rely on for a good story, but I also plan on doing a lot more with my life than just saving up for my next big trip.

This is far from me saying I’m giving up on travel. In fact, I think this move will allow me to enjoy travel more because I won’t be working while on the road as much as I am now.

When I do take trips, I want to really enjoy every minute and detail of them, not get lost in the daily minutiae of client work and running a business out of a backpack.

Adventure will still be a huge component to my life, and I’m excited to see how it will unfold in other ways than just the travel realm – although I still plan on scuba diving (more), hot air ballooning, paragliding, and bungy jumping in the near future in a few different exotic locations.

I left San Diego over 5 years ago with the intention of getting outside of my comfort zone, having international adventures, and figuring out what I wanted to do with my life.

And I did just that. My travels from the past 5 years have been life-changing, real, and led me to the career I’ve made for myself today as a travel writer and business owner.

But, by continuing to stay on the road, even after I figured out my place, it made me lose my footing again.

It’s time for me to slow down, enjoy the solid connections and friends in my life, and become truly comfortable with who I am and what I’m doing with my time here.

And for right now, California is the next step on the journey for me.

Over the past year, I’ve traveled to cities like Brussels, Paris, Montreal, Chicago, Edinburgh, and now, Lisbon, to see if any of them had a spark for me, to make me consider moving there.

There were pros and cons to each, but ultimately it was always California that I looked forward to coming back to.

I’ll be the first to say that I never expected to move back to California more permanently in my 20s (or even in my 30s), but my mind changed when I got back from another year abroad last fall and spent a solid 6 months in the Bay Area.

I had just gone through probably one of the roughest emotional years of my life, and California welcomed me back with open arms.

I reconnected with all of my oldest friends, my family, and had the chance to say goodbye to my last grandparent before he passed away – something I didn’t get to do with my last two grandparents because I was abroad.

And I noticed something funny about being back in California for longer than I had since leaving it 5 years ago – I had a different type of confidence at home than I did abroad.

Even though the US frustrates me to no end sometimes, I knew how the culture worked without having to think about it, I felt a sense of calm every time I drove down the streets I grew up on, I had a built-in community and packed weekends every week with various friend groups from different parts of my life.

Dating was nowhere near as challenging as it has been abroad. When I got back home, I realized that I hadn’t dated an American in over 5 years (!!).

And, honestly, it was refreshing that the first guy I dated when I got back was a born and bred Californian, who understood all my references and humor without a second thought.

Although I would be lying if I didn’t say that I’m still attracted to foreign romances (against my better judgment, usually 😀 ).

I was originally planning on staying in the US for only a couple of months when I flew in from Ireland last October, but I ended up staying 4 months longer because I couldn’t bring myself to leave.

It felt too good to be in a place where I felt comfortable and at ease. I realized how much being back in California healed me in terms of my mental and emotional health from the past year, and it was hard to let that go.

Around this time is also when I realized that maybe it’s okay to not always feel the need to challenge myself in every aspect of my life, that it’s okay to make this one part of my life easier.

Because sometimes it can feel truly wonderful to just go with the flow and fit in completely with the culture you’re living in.

Now, even though it feels like a huge weight has been lifted now that I know where I want to be, I know it’s not going to be all daisies and roses.

I always have reverse culture shock when I come back to the US, no matter how long I’m away, because it’s a very different mindset and culture from pretty much anywhere else I’ve been.

I also know better than anyone how many flaws my country has, especially right now, but hey, at least I can actually try and change what I don’t like about my country when I’m back on US soil. Or at least stand with and support those who are trying to change it.

As of now, I plan to live in San Francisco, although I haven’t taken San Diego or Los Angeles off the table either.

There are plenty of pros and cons to living in SF that I’ve already thought about in great detail before making my decision to move there. They are as follows:

After I set up my base in San Francisco, I plan to grow this blog in ways I haven’t been able to while traveling full time. Most importantly, I want to start making more passive income, writing more, and doing a bit of a reorganization with The Atlas Heart brand.

You might start seeing more Bay Area/California travel posts and guides, because, let’s be real, I’m excited to share my knowledge about a place I truly feel like I can be an expert on. And, to show you how much there is to do in the Golden State!

I’m not saying that my move to San Francisco, or even to California, is a permanent one, but it’s the biggest commitment I’ve made in quite a few years, and I’m excited to see where this new path takes me.

I hope you guys stick around and follow along on this new adventure as I learn how to reconnect and fall in love again with my home state, and continue to travel to new exotic locales in my free time.