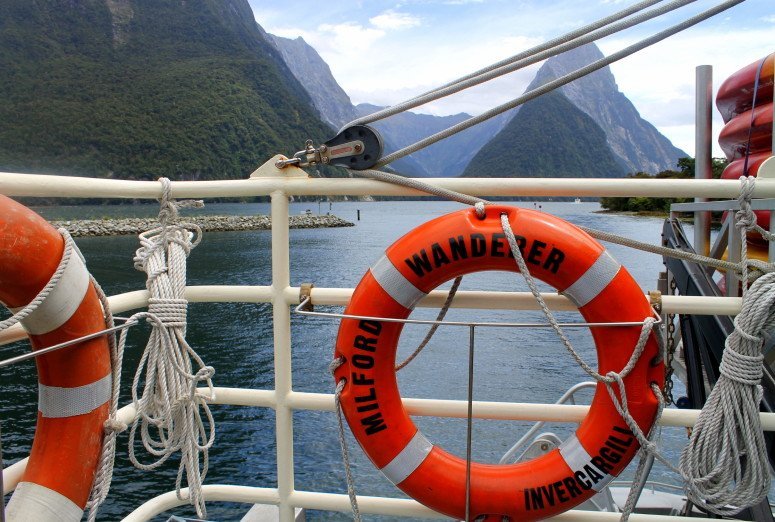 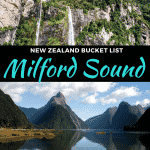 I brushed the sleep away as my phone relentlessly buzzed underneath my pillow for my wake-up call. I looked at the bunk below me to make sure Kelsey was getting up as well. Today was our long journey to Milford Sound and I was ready to soak up every minute of it.

Milford Sound is a 5 hour drive from Queenstown, where we were staying, so we hit the road early to make it for our afternoon tour with Real Journeys. Our day would consist of a cruise around the majestic Milford Sound, a place I had already heard so much about. 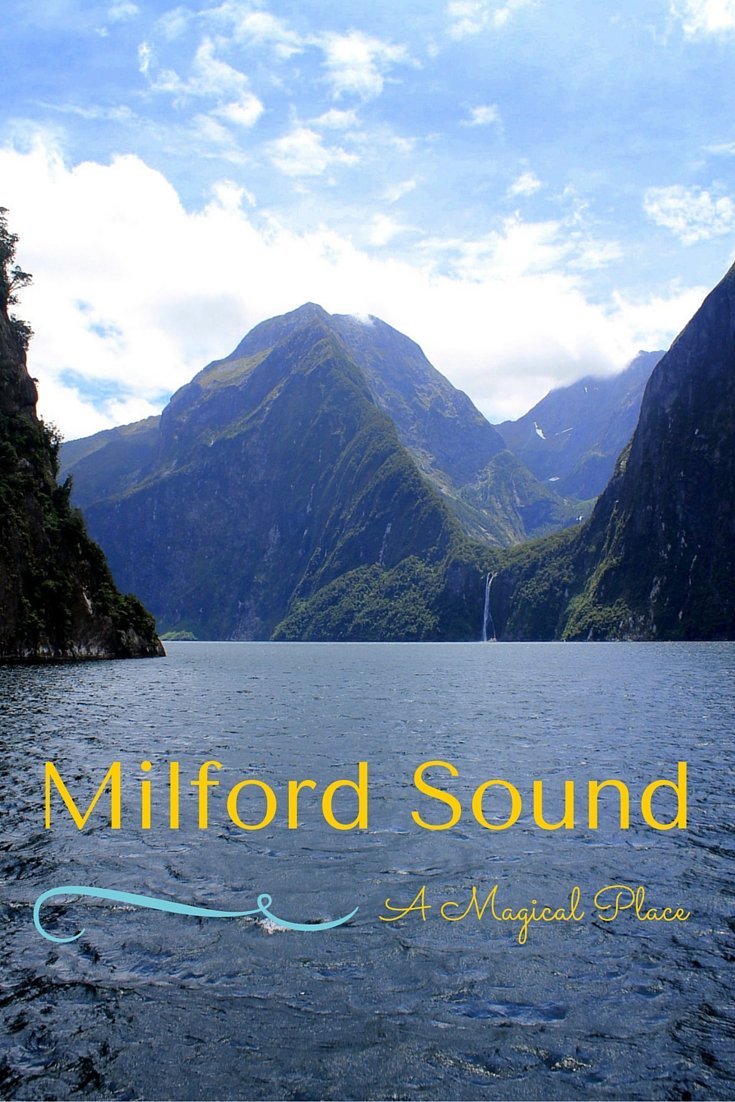 What I found so magical about Milford Sound was the serenity.

There was a stillness in the air, most of the people on our boat hushed as we first entered into the sound with the steep cliffs and waterfalls welcoming us to our new scenery. We even had a relatively sunny day which is almost unheard of at a place that’s considered one of the wettest spots in the world. 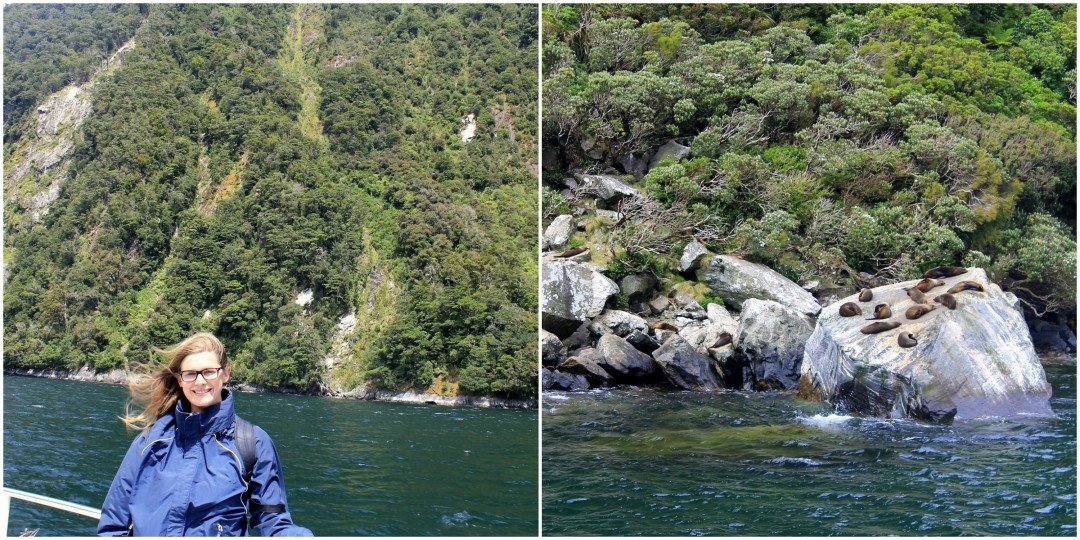 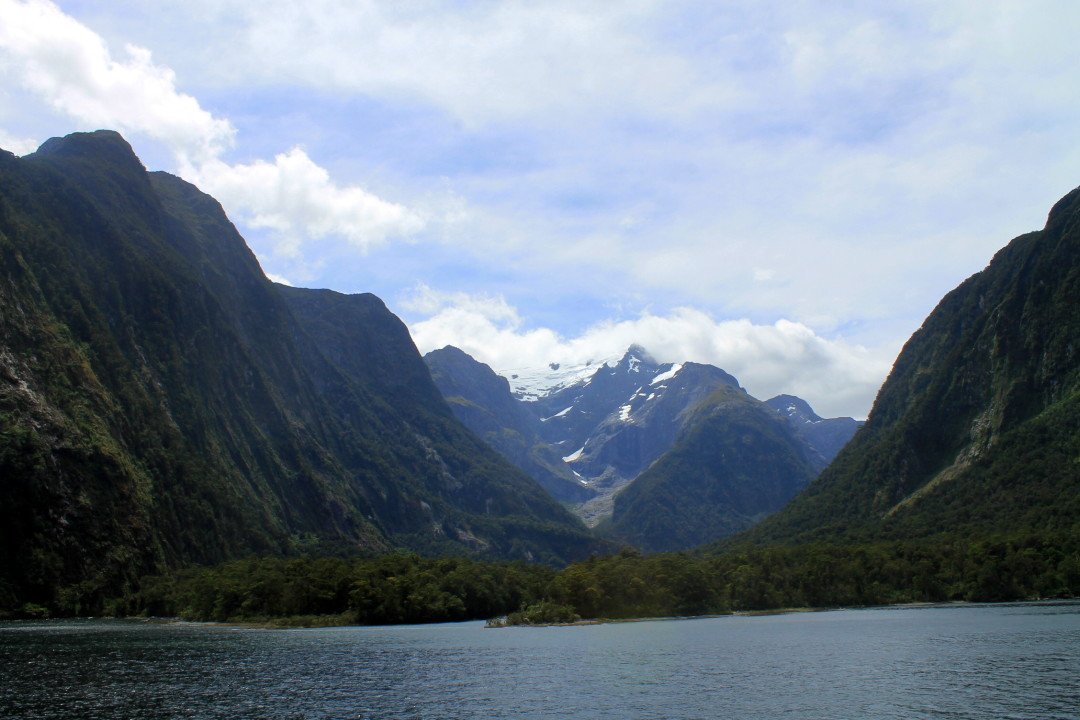 As with most important sites in New Zealand, there is a Maori legend behind Milford Sound. According to the legend, this special place was formed by the god, Tu-te-raki-whanoa. His job was to create the expansive Fiordland coast (no pressure!). He methodically chanted and chipped away at the rock walls of the rugged coast with his toki, ending with Milford Sound, his masterpiece.

The Maori name for Milford Sound is Piopiotahi, meaning a single piopio, the name of a now extinct native bird. When Maui, the hero of so many Maori tales, died trying to attain immortality for mankind, it is said that his piopio flew to what is now Milford Sound in mourning. The Maori people named the place Piopiotahi in honor of their beloved and legendary hero’s untimely death.

For years, Milford Sound has attracted numerous people to its waters. The British writer, Rudyard Kipling, once called it “the eight wonder of the world” because he was so impressed by it. In addition to a couple of noticeable resident waterfalls, because of how wet of a place it is, there are also little tiny streams of water running down the cliff faces everywhere you look.

The scene brought to mind the idea that the cliffs were literally weeping – because it’s so damn beautiful, obviously. 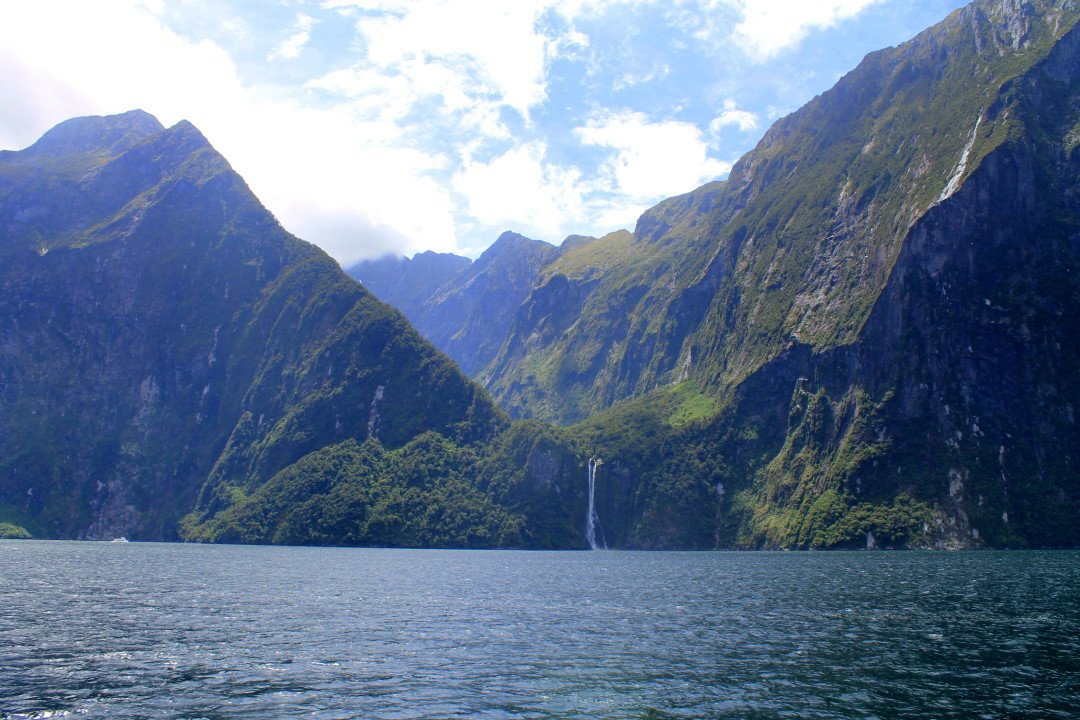 For the biggest waterfall of the day, the captain situated us close enough that we could feel the spray from the water jutting down at us. I went as far to the edge of the boat as I could, closed my eyes, and let it all soak in. 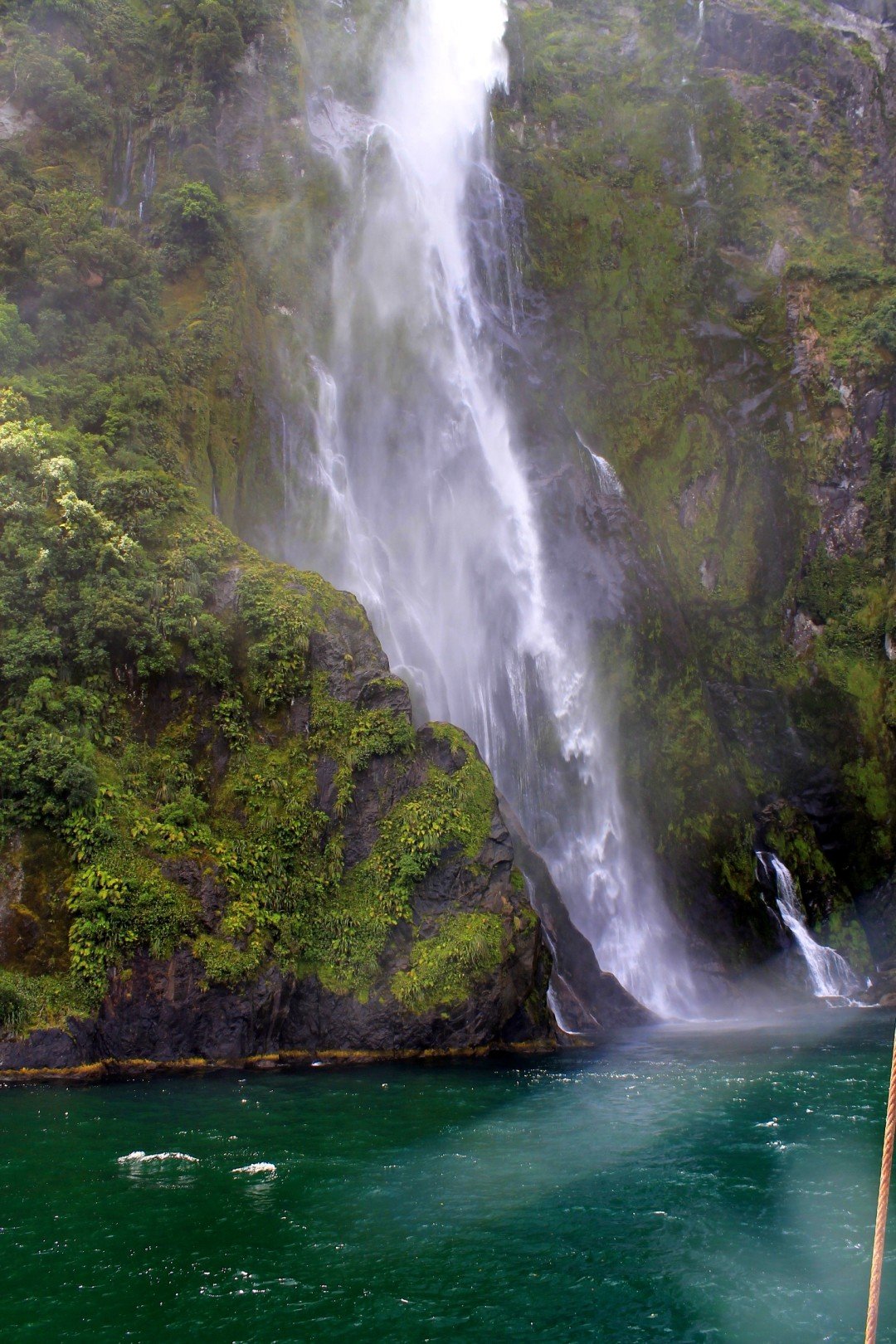 The only downside to the place would have to be the abundance of sand flies, said to have been put there by the goddess Hinenui-te-po to prevent people from coming to this sacred spot. No matter how itchy those bites were for weeks afterwards, it was worth it for this uniquely satisfying experience. You don’t often come across a place that actually feels like it has some magic in it, but Milford Sound was definitely one of those places.

I’ve heard the harder-to-get-to Doubtful Sound is just as beautiful if not more rugged and serene due to way less tourists. That will be high on my list to go see next time I’m in New Zealand, but for now I’m happy I was at least able to experience the wonders of Milford Sound up close and in person. 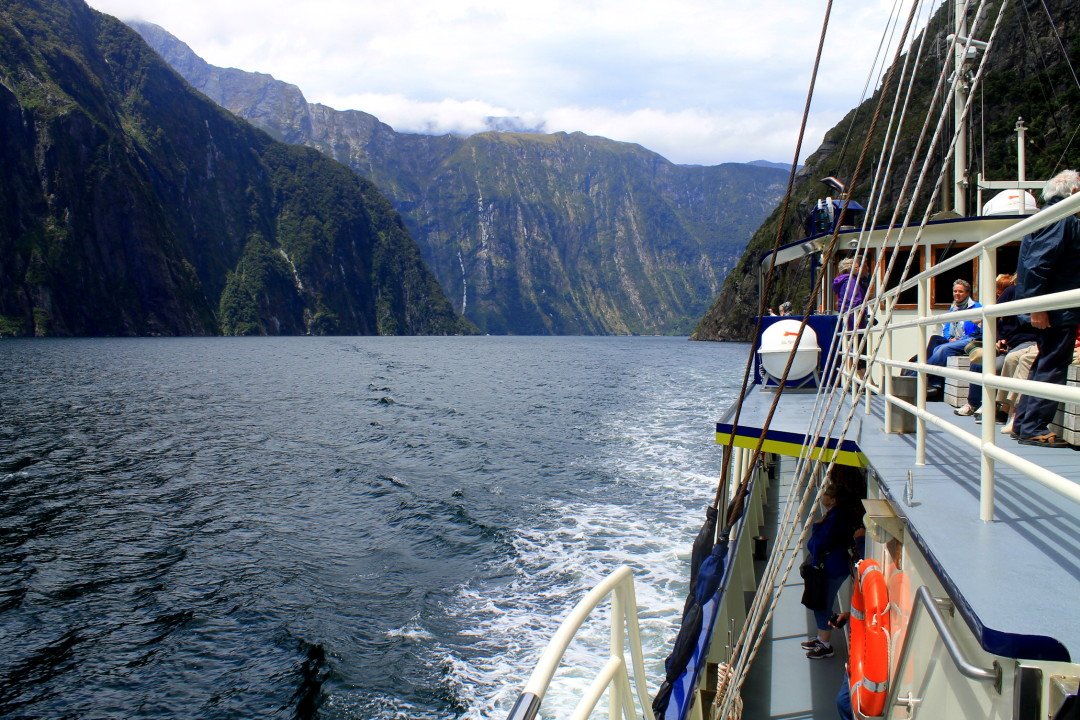 Have you ever been to a magical place in your travels? What’s your favorite area of South Island, New Zealand?