My (Almost) First Impressions of Seattle 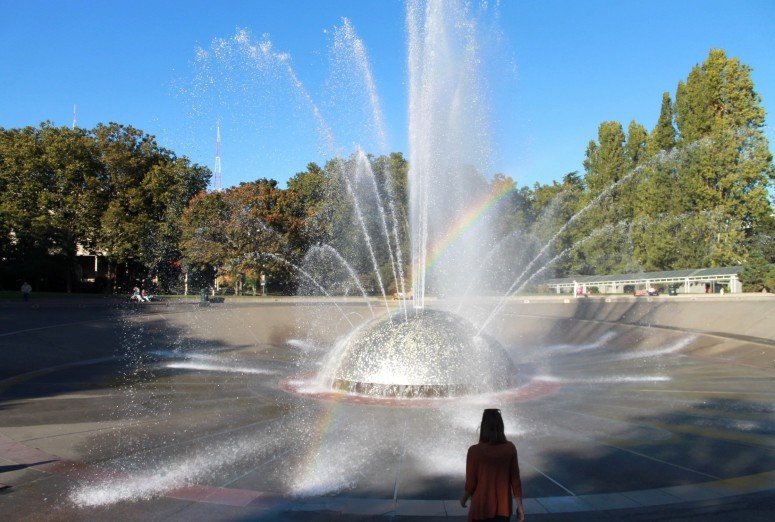 It wasn’t exactly my first impression of Seattle, since I had been to the city 8 years previously to look at colleges – wow, I feel old! However, it truly felt like I was seeing it for the first time when I went for a visit this month. I looked at travel so much differently back then, and at that time I had only spent one day in the city, en route to Puget Sound University for an overnight dorm stay.

All I remember was how pretty the view was from the top of the Space Needle.

This time was different, I was looking forward to getting out of Portland for a bit. After being a tad too stagnant for the likes of my traveling soul, I ran towards Seattle with open arms. It was a new place to discover, a new place to explore. 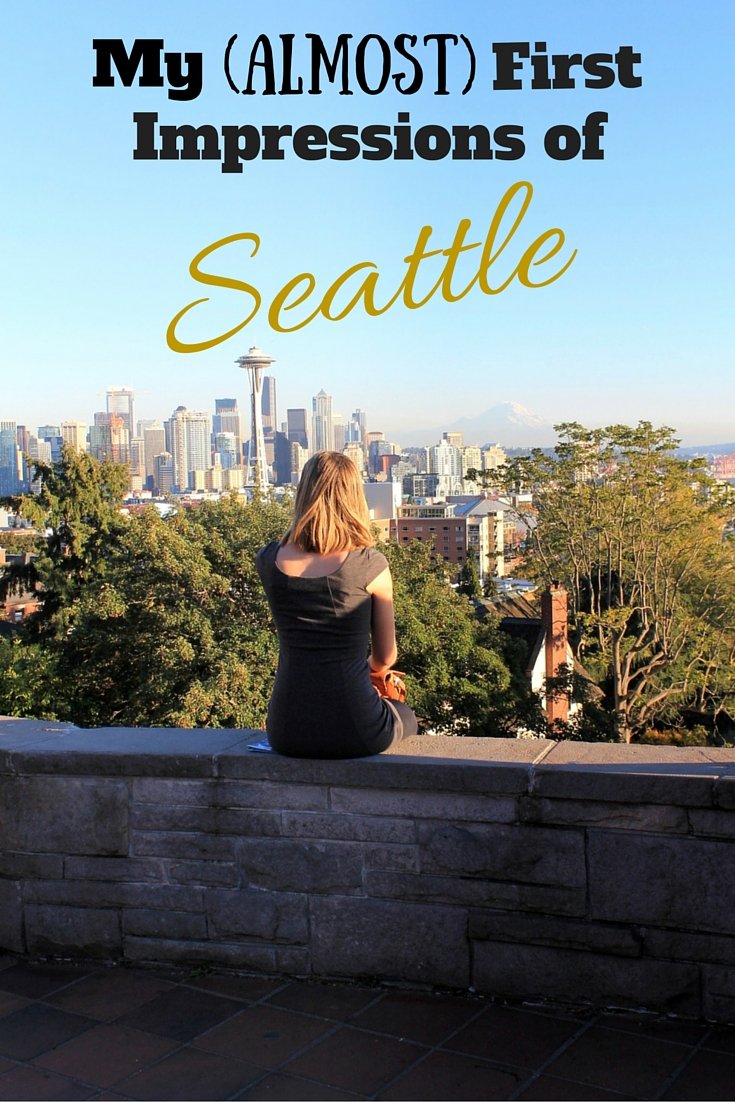 The blue skies of the city beckoned us as we continued up I-5 and the skyline came into focus ahead. We drove on with excitement, not even realizing when we passed right by Pike Place Market and found ourselves on the other side of the city. It wasn’t a worry, we were just happy to be in a new city, exploring a new place that already had a vibrancy I couldn’t quite put my finger on.

Get your FREE Seattle Quick City Guide + a free checklist of 50 experiences to have in the city!

Success! Your free guide + checklist should be on their way to your inbox now. 🙂

Related: Where to Stay in Seattle

Everything seemed to fall into place in Seattle.

As soon as we turned the car around and made our way back towards the southern part of the city, we quickly found Pike Place Market, no directions or map necessary. A few hours later, when I mentioned we should probably start looking for our accommodation, we walked around the corner and our hostel was right there, smiling back at us.

The live music on the streets, which seemed to have a tinge of southern New Orleans’ influence, filled my ears as I went from place to place around the city. There was a man singing the blues as we walked out on the street from lunch. All he had was a newspaper and a paper cup in place of a kazoo, and from that, he produced the best live music I’d heard in months.

The quirky lovable side of Seattle quickly came out as we settled into the city for a couple of days.

I soon heard of the infamous gum wall near Pike Place Market. There was the homeless man who kept coming up to us while we were sitting outside a bar, asking if I would be his sugar mama. The vendors in the market were all friendly and full of practical jokes – I’m talking to you, man working behind the fish counter who had a string attached to a dead fish to scare the crap out of passerbys. All examples of what made me love Seattle, I love reminders to not take life too seriously. 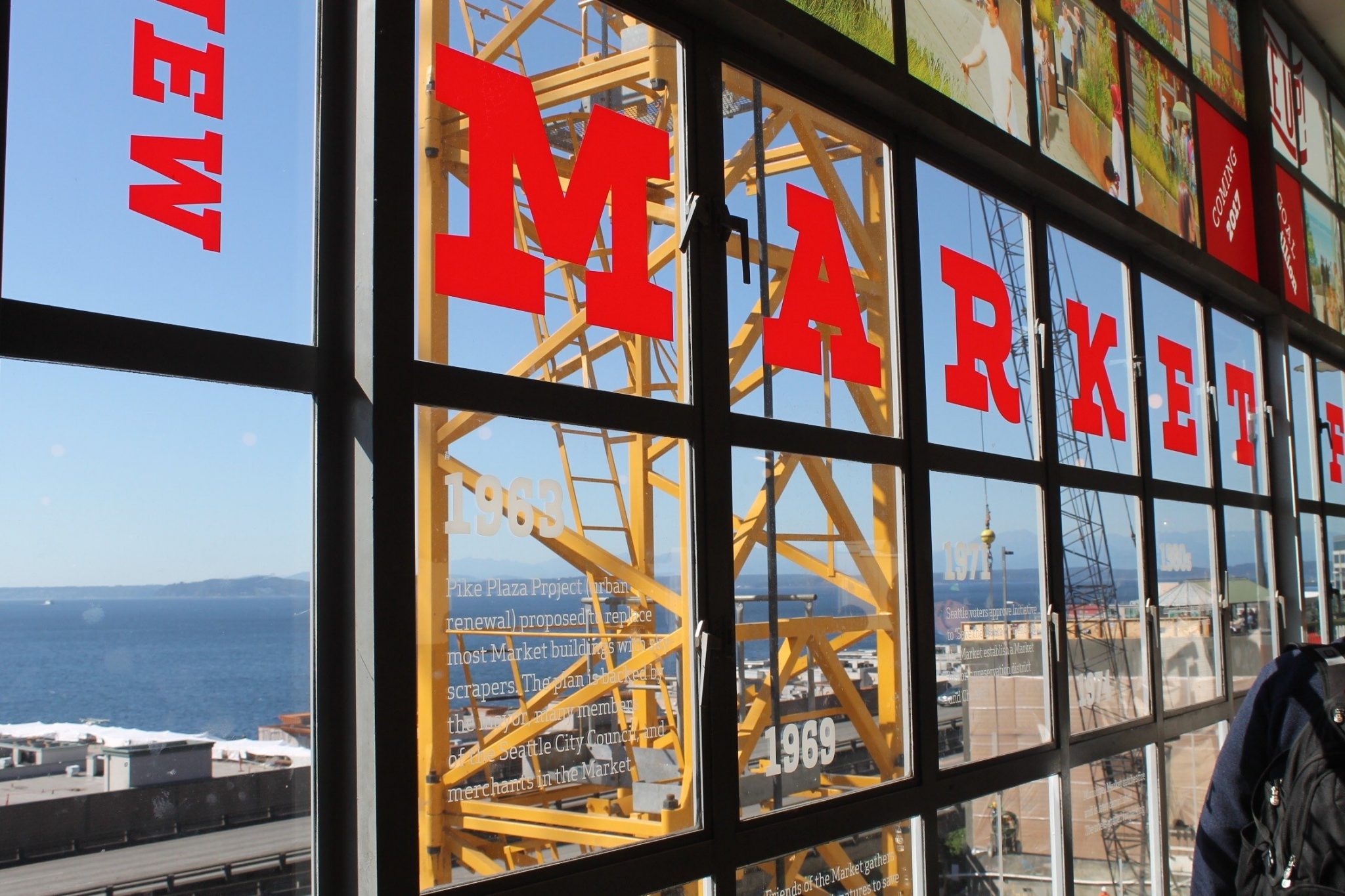 It was a place that constantly made me laugh – in a good way.

I don’t know if it was just our luck for those two days, but everything seemed to fall into place as soon as we arrived in the city. The skies stayed cloudless and blue, everyone was friendly, and the scenery had a way of making me sigh with contentment.

Not to be melodramatic, but I’ve battled with the feeling of constantly swimming upstream since I moved to Portland in May. Once I arrived back from Seattle, though, I felt refreshed and more accepting of the Portland way of life. I guess all I needed was a little break and a little more travel.

Seattle has a lot going for it, and I’m glad that I had the chance to see it in all of its glorious good weather and happy vibes. I’m looking forward to heading back to that corner of the Pacific Northwest in the near future, and exploring more of Washington State while I’m at it.

Seattle is a place I can see myself going back to, time and time again while I’m living over here. Who knows, maybe I’ll one day even call it home.

Have you ever been to Seattle? Have you had a magical time in a city for a couple of days that stuck with you long after you left?