I remember reading the Diary of Anne Frank around the same age Anne was in the story. Although her story is not one that I could even begin to fathom, I had an incredible amount of empathy for a girl who was my age, but had the misfortune of being born into the wrong time and place.

I’ve seen a lot of movies about the Holocaust, from Schindler’s List to The Pianist, and read more than a fair share of books on the subject.

One of the more profound experiences I’ve had in my life was visiting the concentration camps of Auschwitz and Birkenau in Poland.

It was an intense experience walking into all the barracks and streets of a place where so many horrors were witnessed. It was sickening that so many atrocities were allowed to take place, that all the murders, torture, and experiments were kept so well hidden for so long.

It was a lot to wrap my mind around, that we as humans could commit such things based on someone’s race, appearance, and physical deficiencies. It really makes you think.

There were a few in my group who couldn’t complete the tour, they broke down into tears after seeing the shoes and human hair piled up in a case.

I feel like going to these types of places with a tour group can sometimes bring out the worst sides of fellow travelers. It no longer becomes a site where a tragic historical event took place, but just another tourist experience to take too many pictures at, to say that you’ve been there done that.

There were a few in my tour group who were actually taking pictures of the wall of human hair, who were posing and smiling in front of gas chambers. These were the same people who, instead of listening to the history behind the Holocaust memorial in Berlin, were running around and jumping on top of the memorial taking pictures of each other.

To each his own, but to me, that is such a disrespectful way to visit a memorial. It should be the time to take a moment to honor the lives of all those who died. 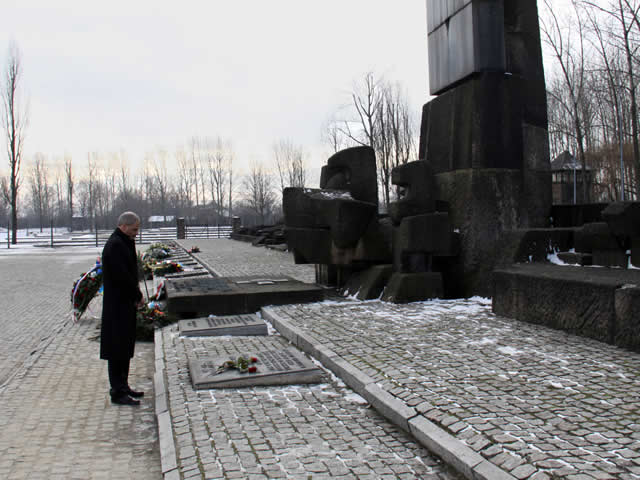 Even though it was a sad day, I’m glad I was able to pay my respects.

Walking out of Birkenau, after just seeing the remnants of what used to one of the largest gas chambers in existence, I couldn’t help but think how lucky I was that I was able to walk out of those gates and back to the bus, when so many people never got the chance to do the same.

So many innocent people who never wanted anything more than to be able to see the other side of the gates that enclosed them until their death. The ride into Prague was a quiet one, everyone taking their own time to comprehend the extent of what we had experienced.

Yes, this was definitely one of the most profound and sobering experiences I’ve had in my life.