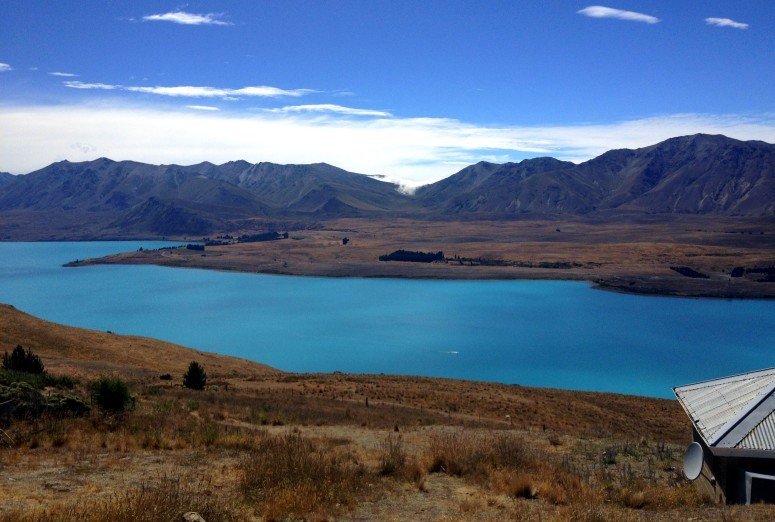 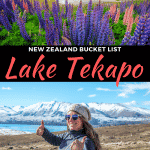 As soon as I saw a picture of Lake Tekapo on my Pinterest feed one day, I saved it in the memory bank as a place I had to visit for my road trip around the South Island. In fact, it was one of the places I was most excited to see, mainly because I love lupins and turquoise blue, two aspects that Lake Tekapo is known for.

This place is the dream for any photographer, with the colors, the lighting, and the old stone church you’ll find looking out over the lake. It’s considered the highest alpine lake in New Zealand. 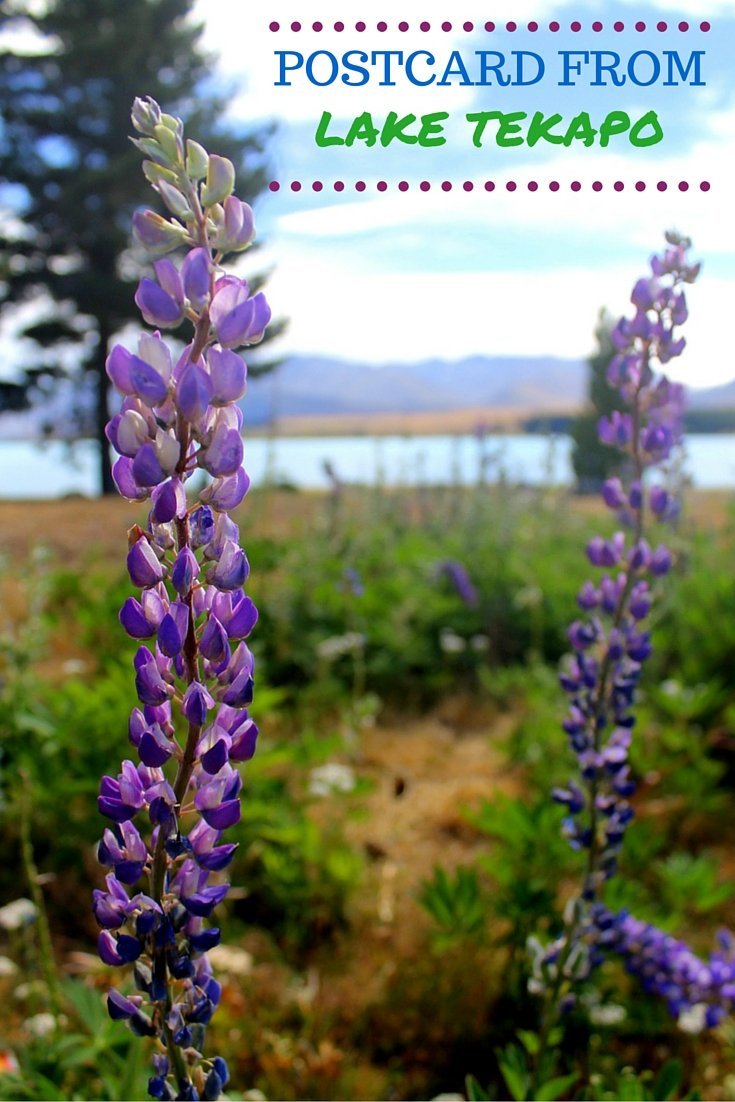 Generally, the lupins are in full bloom from mid-November to December, but I was lucky enough to still see quite a few while I was there in January. 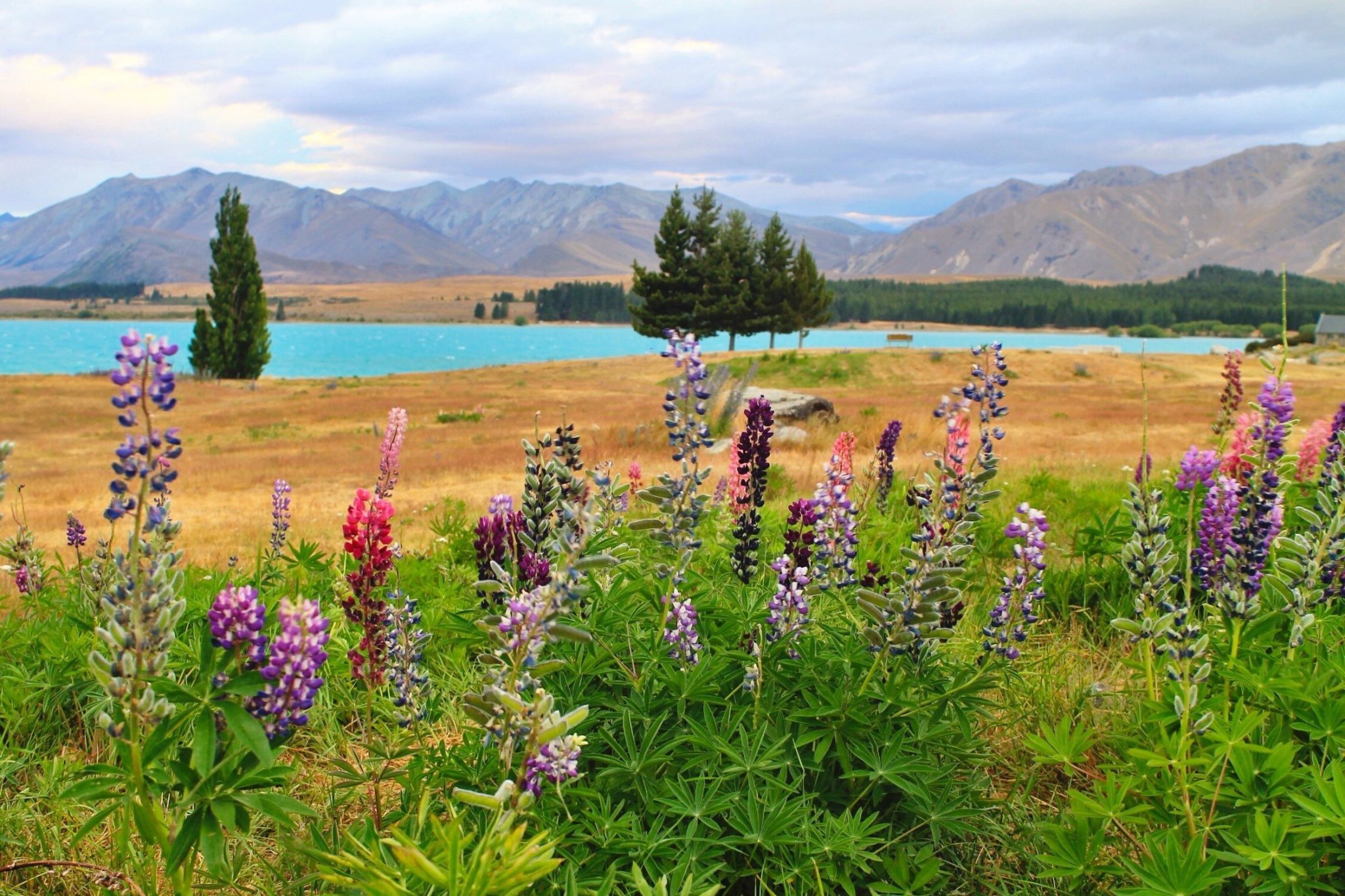 So how did the famous lupins get there in the first place? Well, it’s not just Lake Tekapo where they’re found, these colorful flowers pop up all around different parts of the Mackenzie District in New Zealand’s South Island.

The legend goes that the wife of a local farmer wanted to spruce up the uninspiring landscape of the area, so she took to horseback (naked on a white stallion as some stories go) and secretly spread lupin seeds each spring.

Did you know that the Russel lupin is actually considered a weed by the department of conservation? Who knew a weed could be so colorful and pretty!? 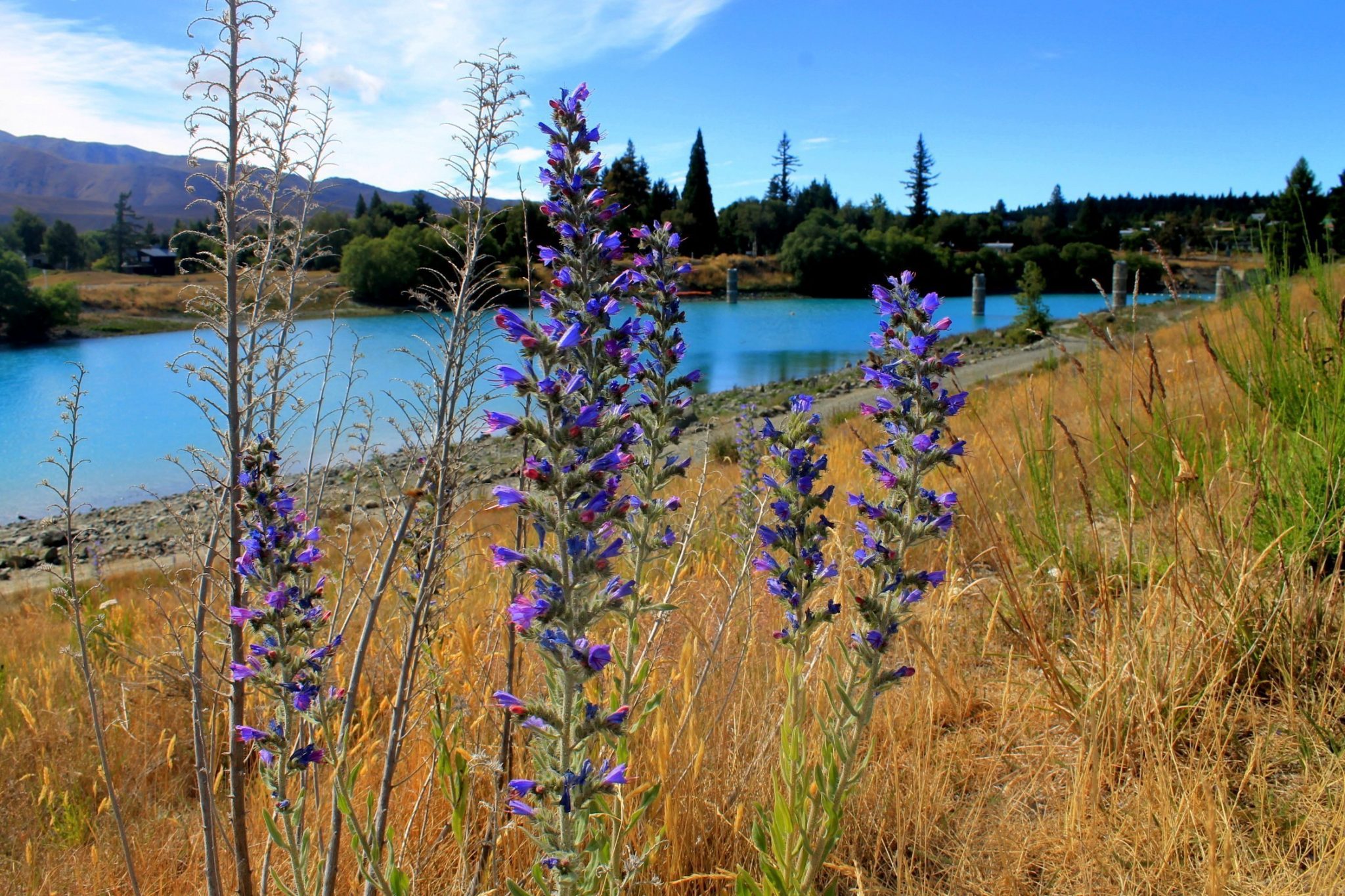 Another popular facet of Lake Tekapo is the Church of the Good Shepherd that was built in 1935 and looks out over the ice blue lake. 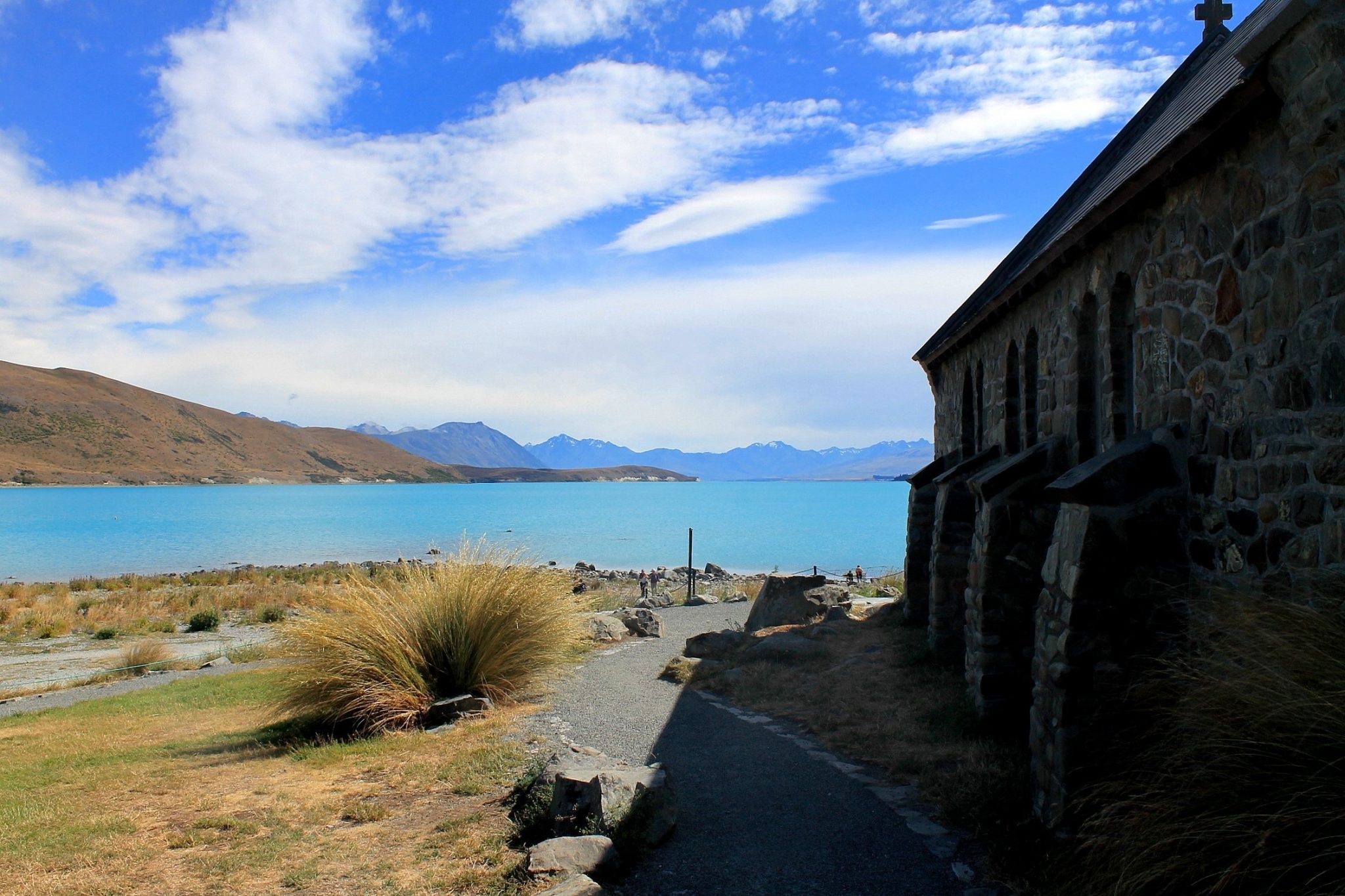 This is one of the most photographed churches in New Zealand, and it’s clear why with the breathtaking scenery you’ll find in the background. 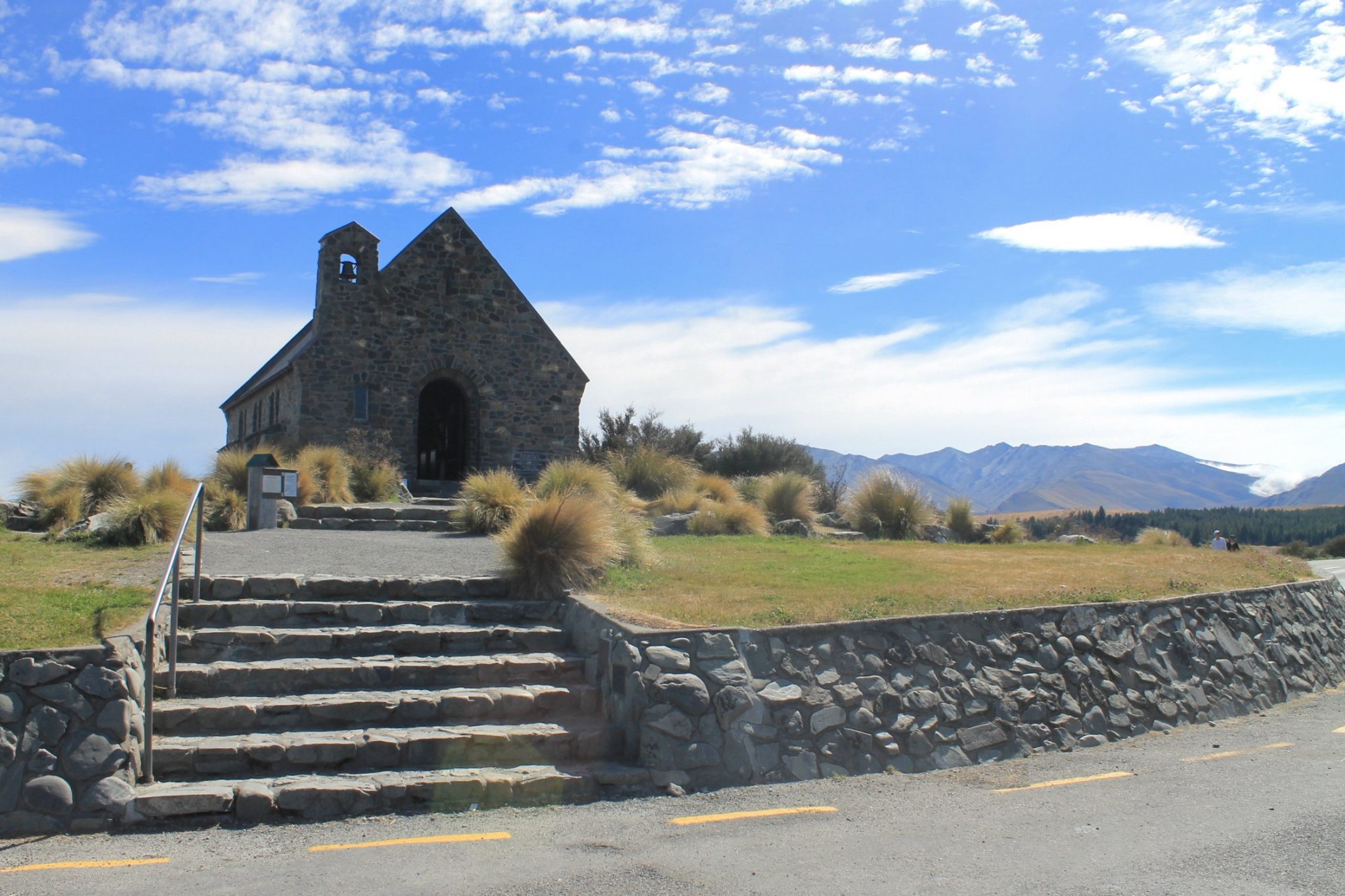 If you look inside the small church, you’ll see that the altar window perfectly frames the lake and mountains in the distance. 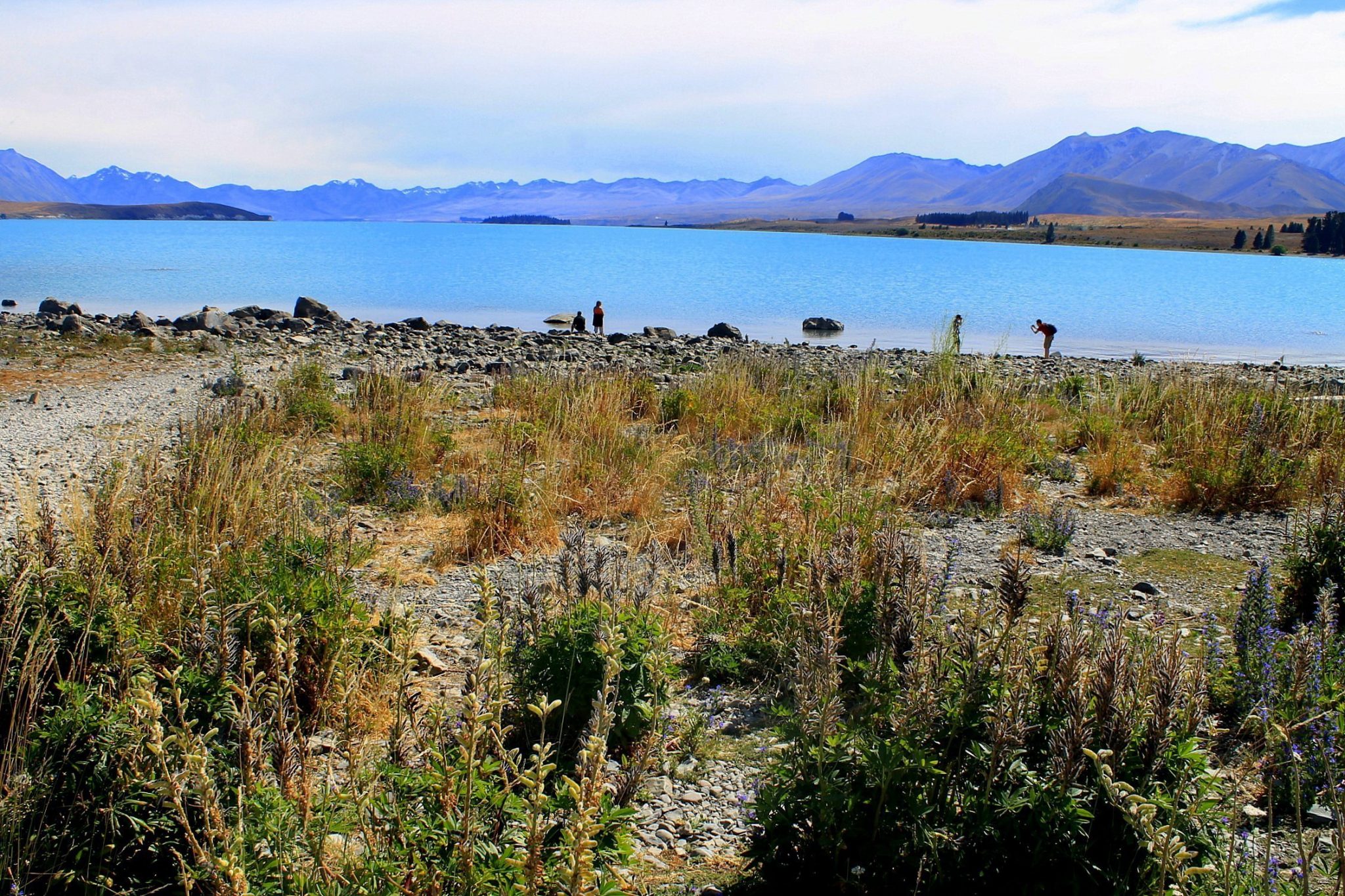 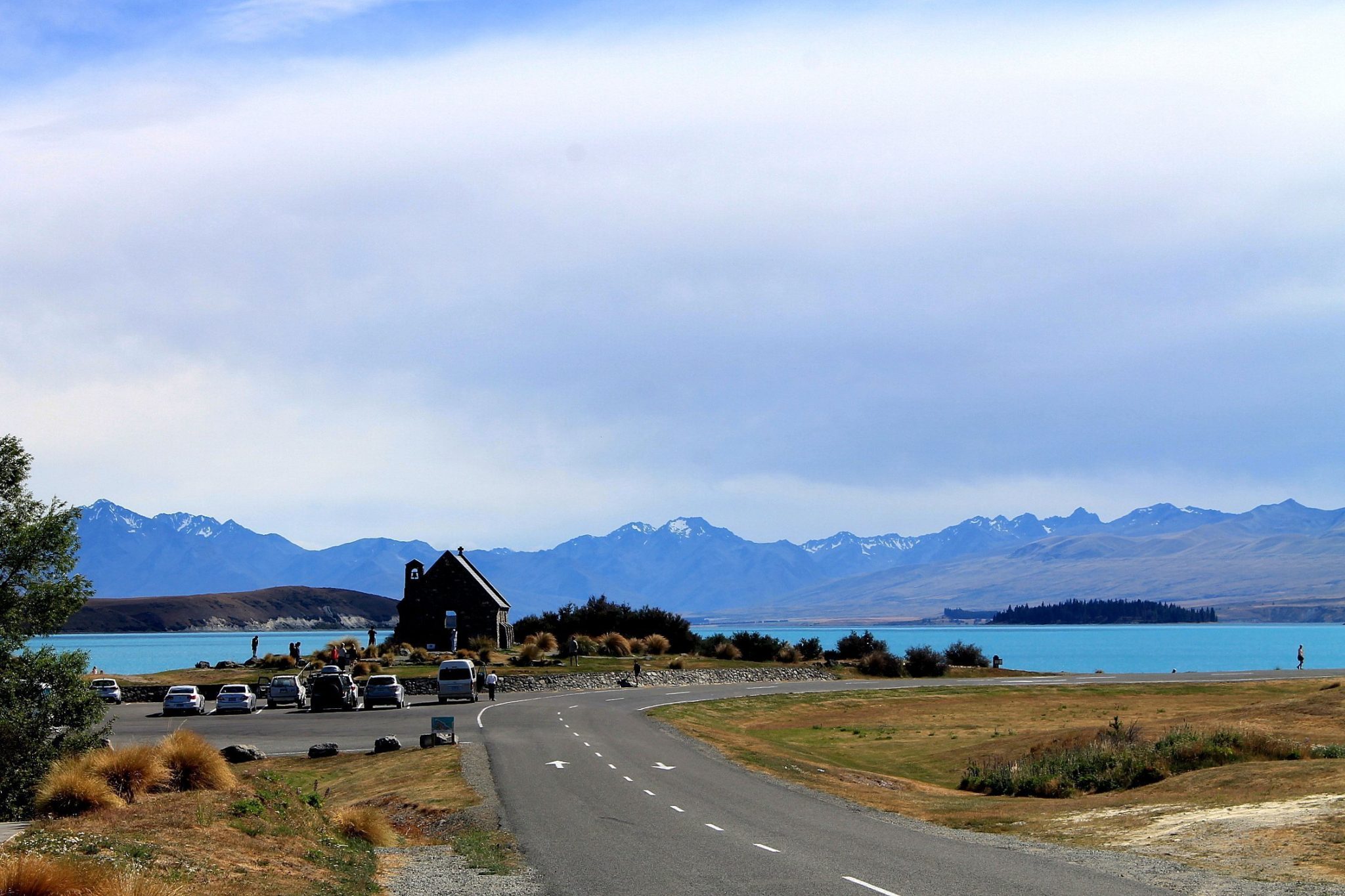 Mt John University Observatory is another place that’s worth a stop if you’re in the area. If you have the money and time, try and get a spot for the Earth & Sky tour at the observatory. Lake Tekapo has some of the best starry nights due to the lack of civilization, and the observatory boasts the largest telescope in New Zealand.

There was a big storm brewing with dark heavy clouds for the night we were there, so we missed out on this experience, but it’s one to add to the list for next time! 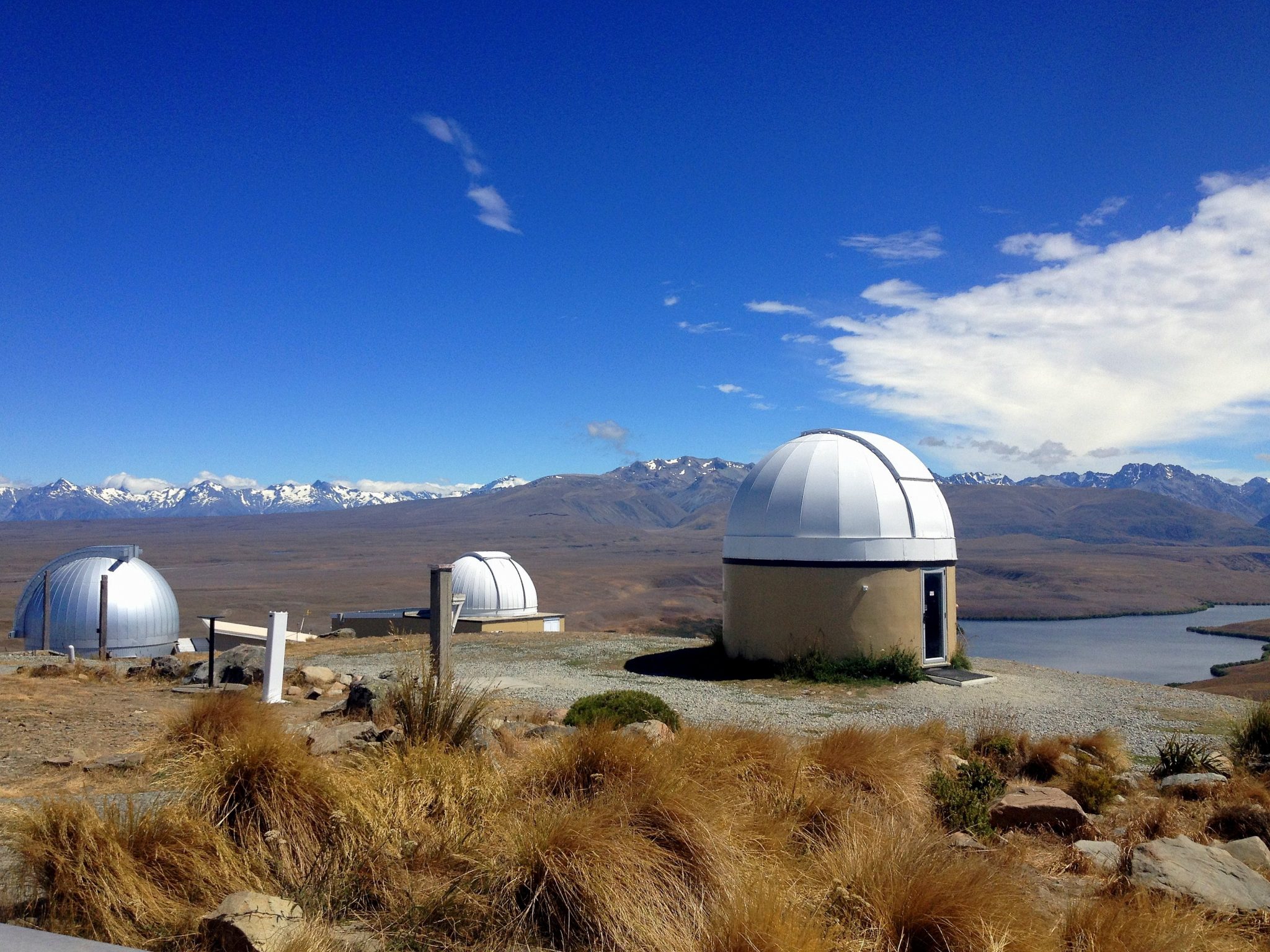 If you don’t end up doing the tour, going up to the Mt John Observatory during the day is still well worth it for the views looking down over the lake. There’s even a little cafe at the top for some warm coffee and tasty bagels. 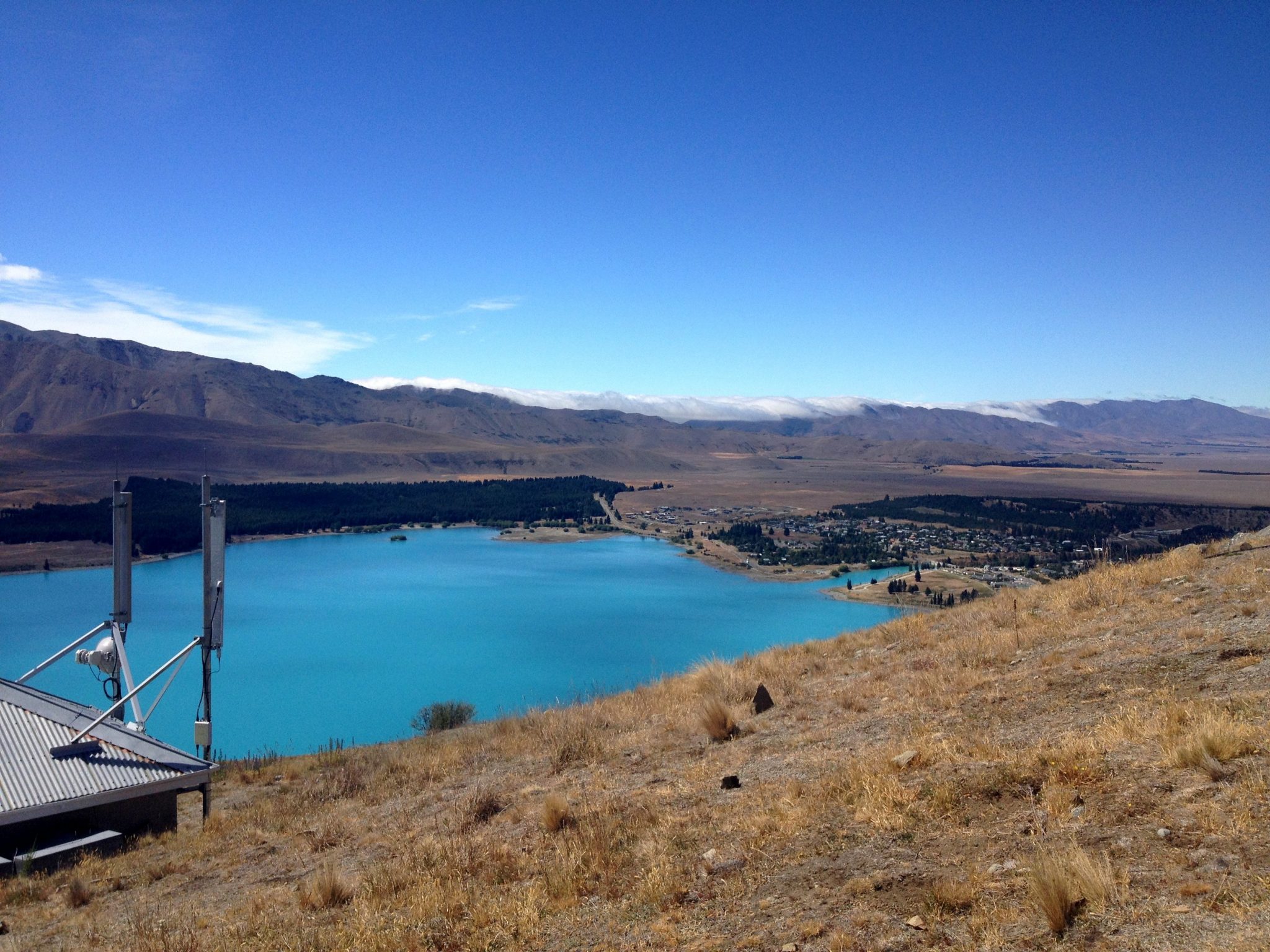 I’ve never seen a lake this piercing of a turquoise blue before and it was truly a sight to see. 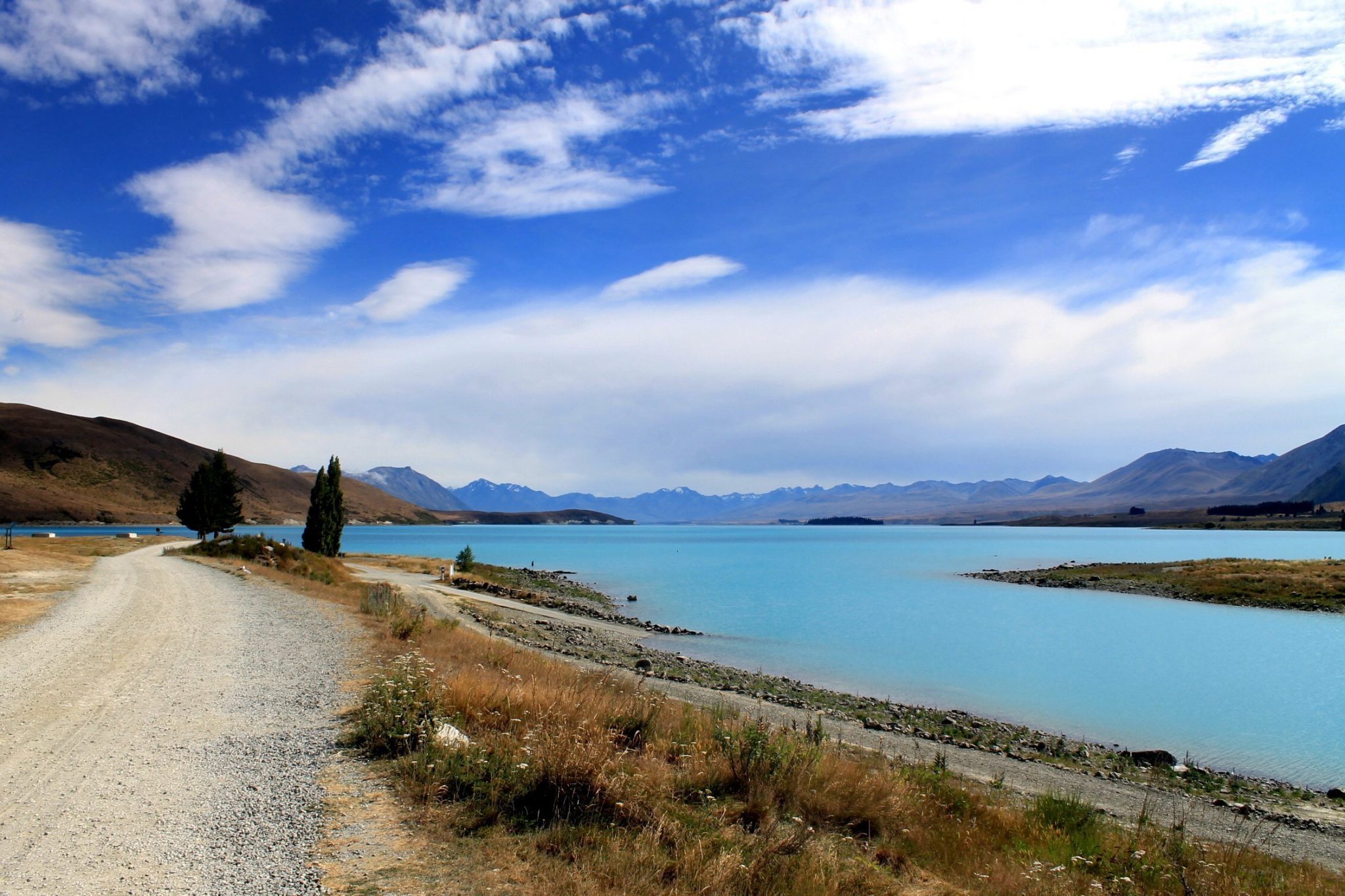 I couldn’t put my camera down whenever I ventured outside my little hostel. Every angle was perfect, even with the foreboding dark clouds that came in the evening, I couldn’t get enough of that color. You could say I was a tad mesmerized. 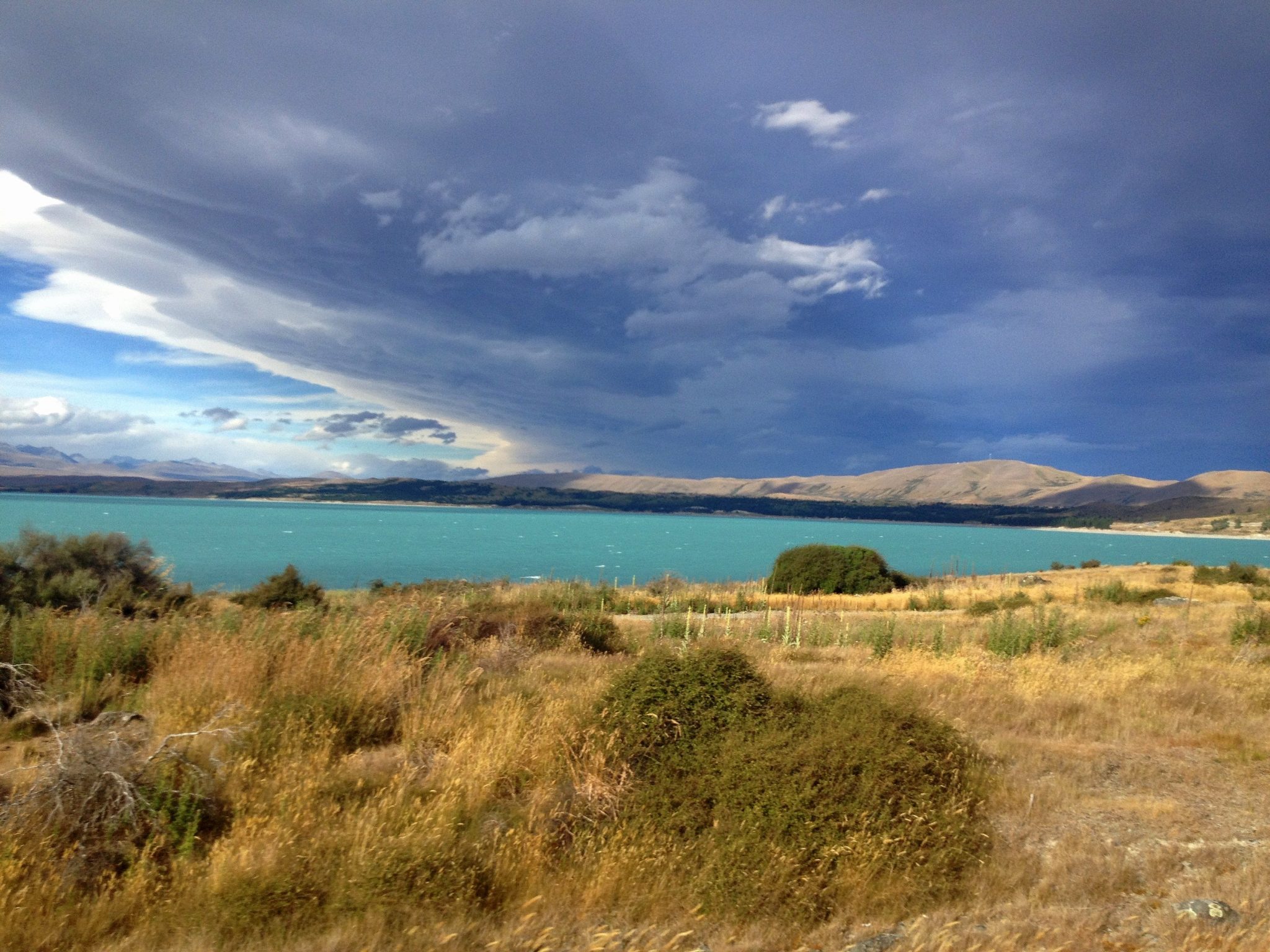 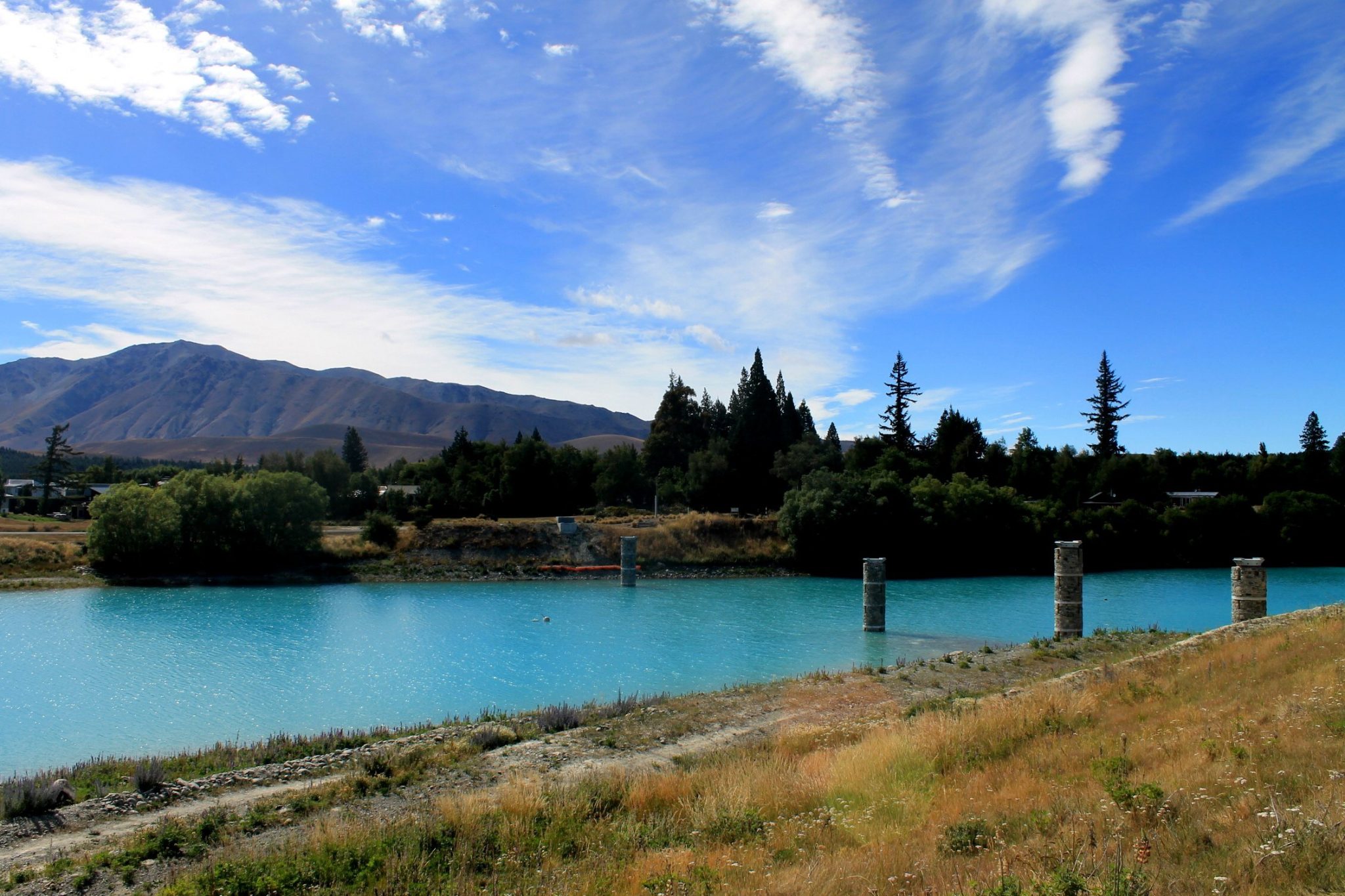 Have you been to Lake Tekapo? Have you ever seen an alpine lake that was so vibrantly colorful?