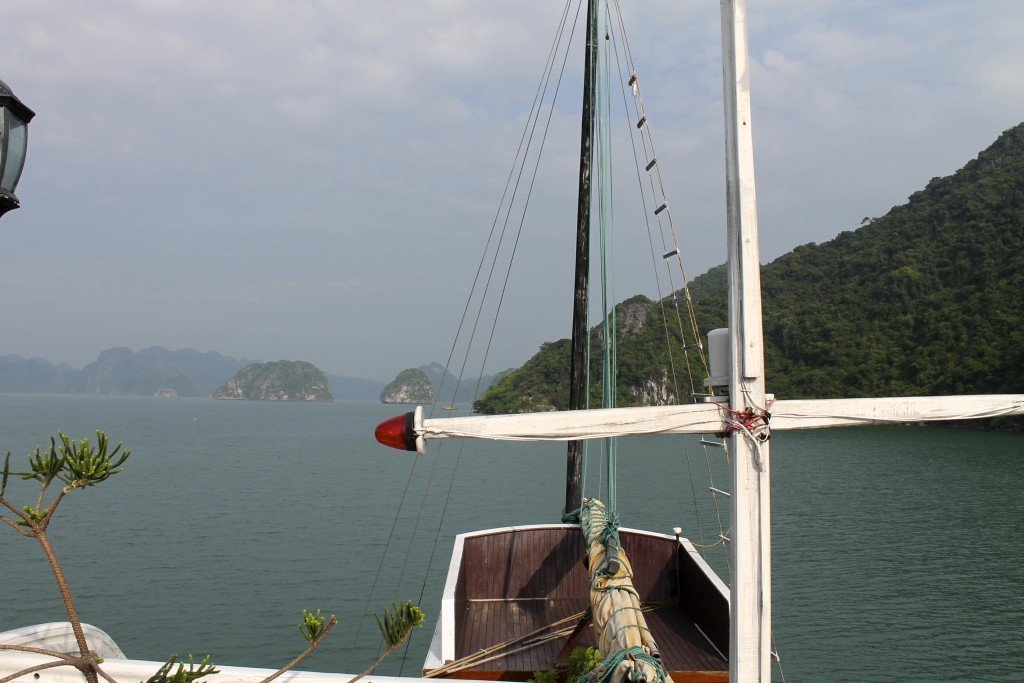 I crossed another experience off my travel resolutions when I sailed Halong Bay last October. I had researched profusely on which tour and boat company would be the best. Wanting to not find myself on an elderly retirement cruise, I leaned more towards the party cruise scene with a tour I had been recommended from multiple backpackers. 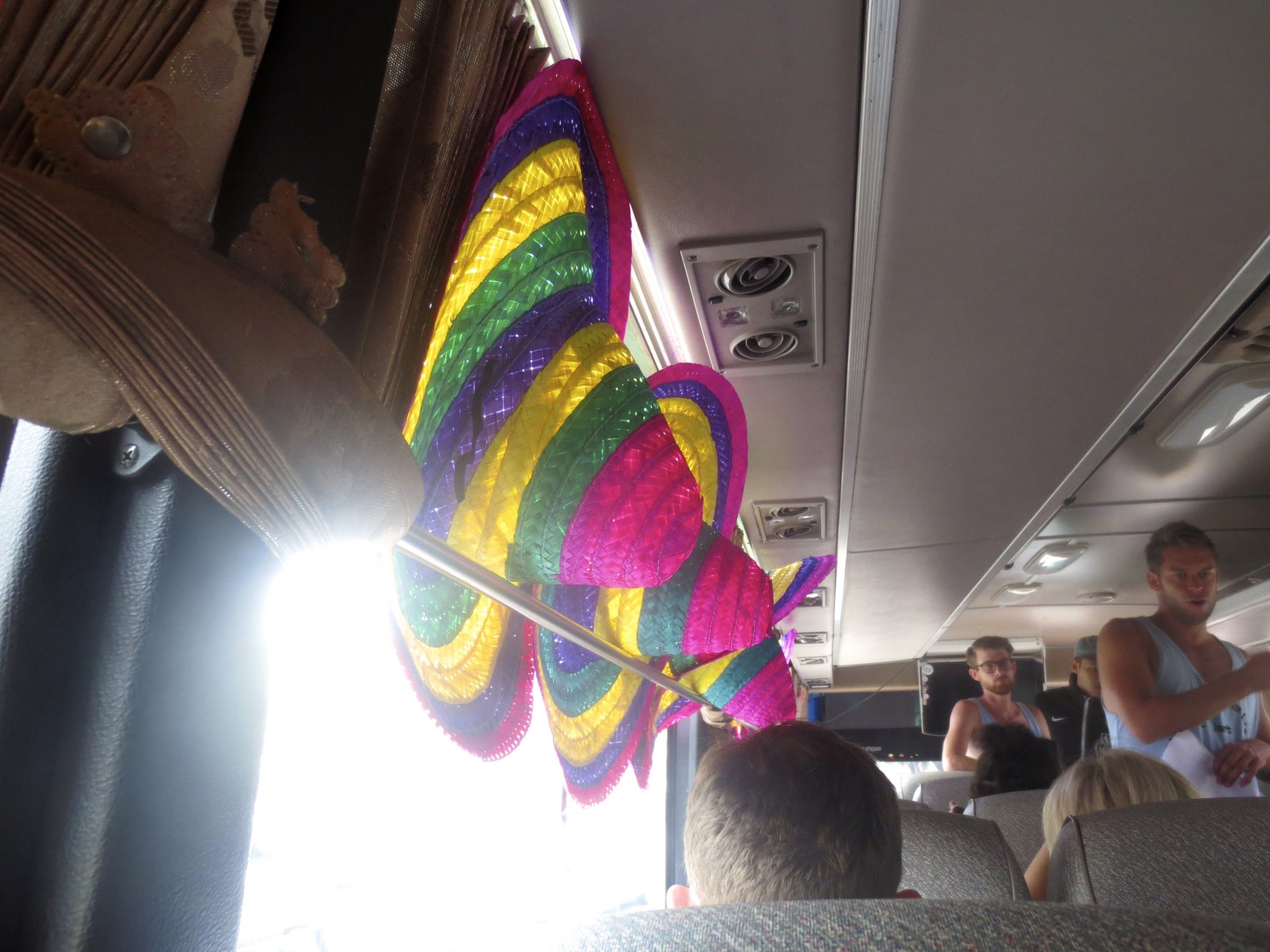 The Castaway Island Rock Long Rock Hard tour is offered through Hanoi Backpackers, the hostel we just happened to be staying at. Although I heard mostly good things about this particular tour, even that it was possibly the best one offered for Halong Bay, I also heard it really depended on who you lucked out on for the tour guides and your fellow group of travelers. I can definitely attest to the fact that it really depends on the group dynamic as to what kind of experience you’ll have, every tour seems to be different from the last. 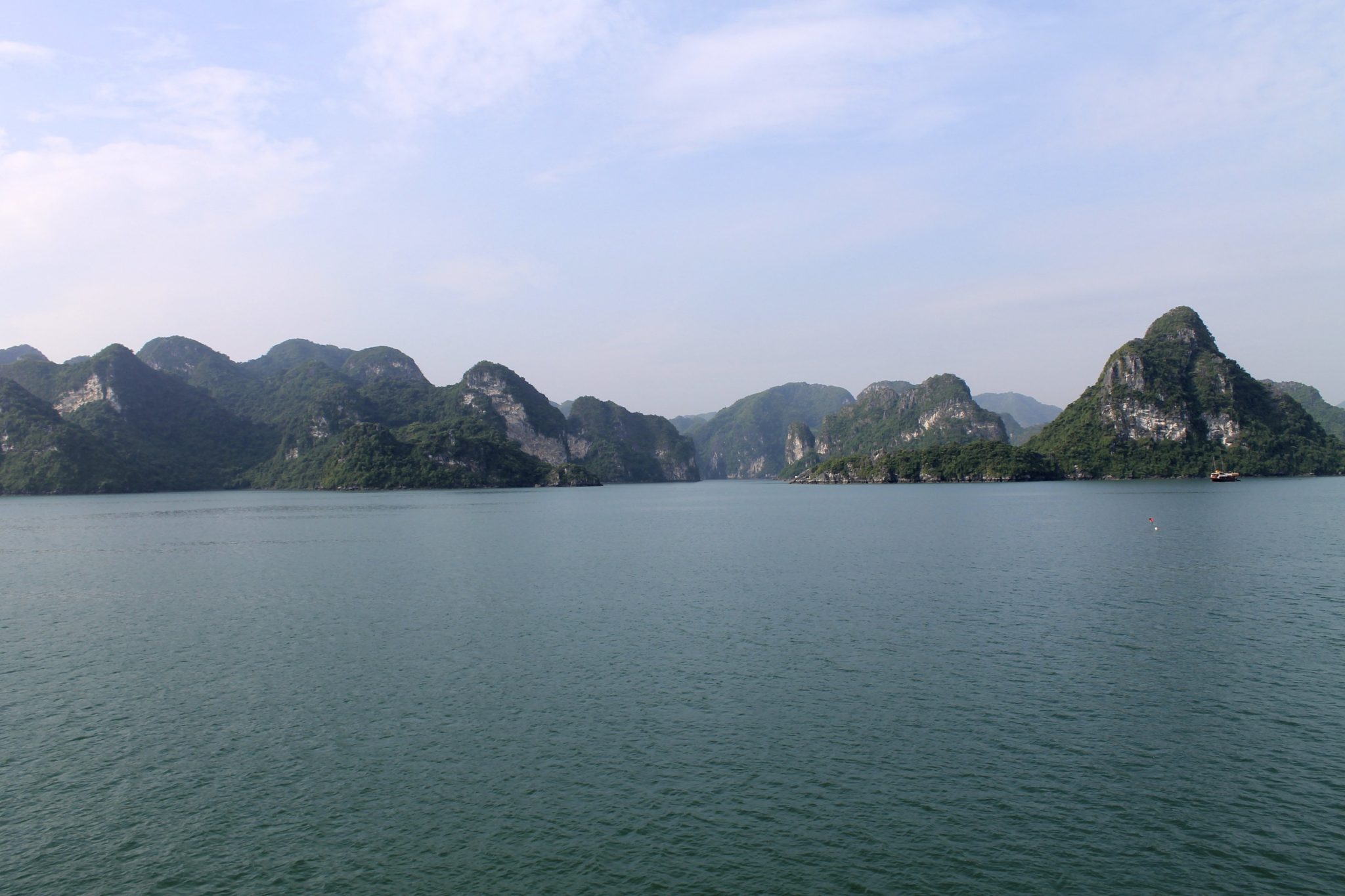 Our tour consisted of a mixed bag of characters, but in the end I think I still lucked out with the group I had. I made some great travel buddies on one hand, some of whom I would meet up with again in the course of my journey. There were a couple of English guys we met the night before on the hostel pub crawl, and who tried their best to turn us into Liverpool football fans. I met a group of Irish guys who kept me laughing the whole trip, and who I met again later in my Vietnam travels and even back in Melbourne. There was a German guy traveling by himself who I immediately hit it off with, bonding over the many commonalities we seemed to have between us, and the fact that he played American football back home in Germany. We also made friends with some fellow American women who had recently been teaching English in China, and some other English girls that had just traveled through India and had more than a few interesting and hilarious travel stories to tell. 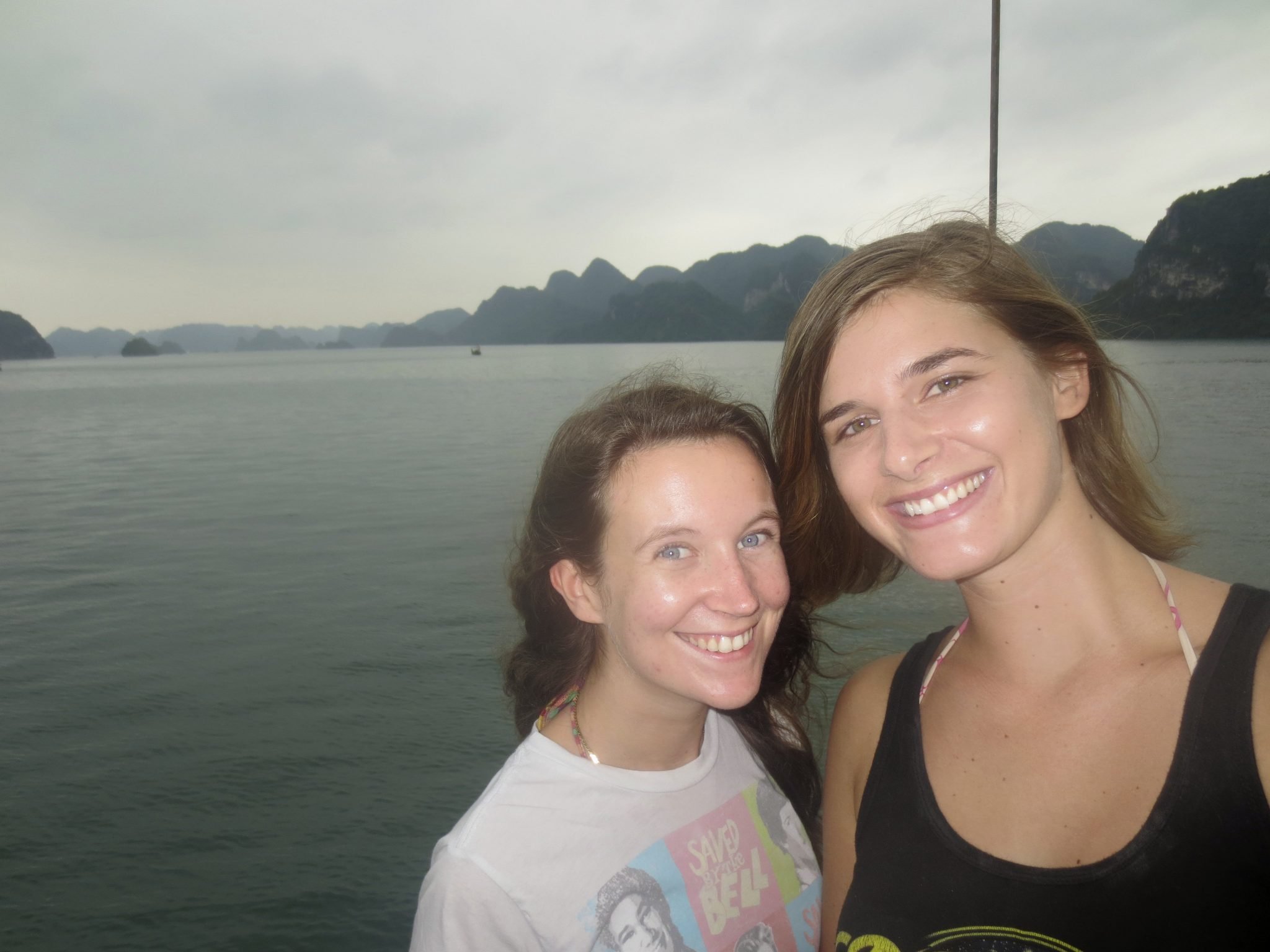 On the other side of the coin, we ended up with an obnoxious womanizing English chap as our head guide, who was more interested in bragging about his conquests than telling us any useful information about Halong Bay or Vietnamese culture. Luckily, our other guide was a funny, sarcastic, friendly English guy who could answer most questions we posed to him about our surroundings. We also had a large group of younger Germans on the tour that didn’t want to participate in any of the games or be social with anyone but themselves, and a group of Oxford guys who had been tricked by their friend into thinking they were going on a cultural tour. You can imagine how social they were once they found out that it was a party boat, they mostly kept to themselves and didn’t say much for the rest of the trip. 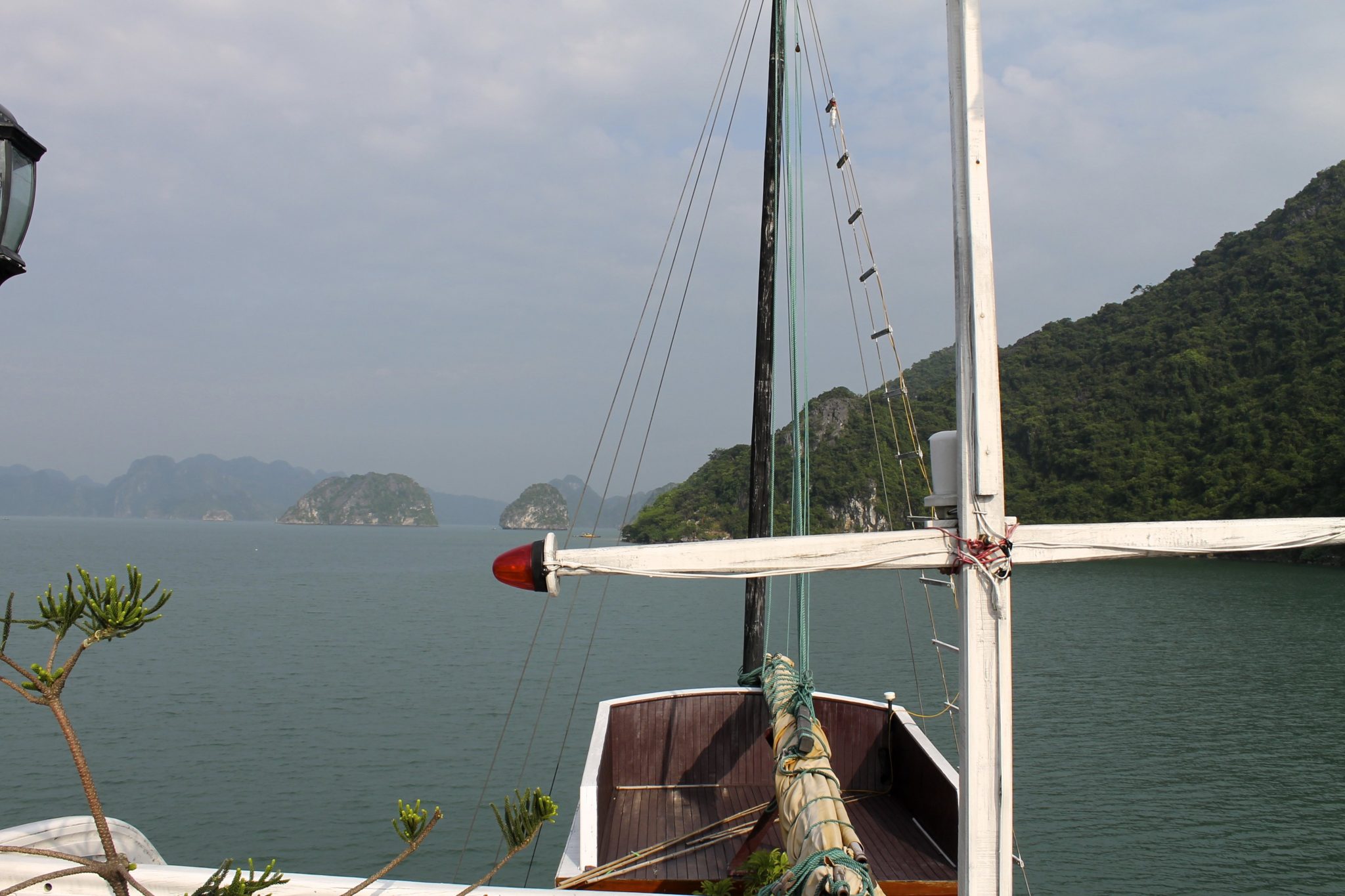 I was unfortunately strapped for cash and time by the end of my Asia travels, so I only did one night and two days in Halong Bay. Most people chose to pay for two nights, which included going to Castaway Island, supposedly a paradise on Earth from what I’ve heard. If I had the resources, I definitely would’ve paid the extra to do the full trip. From the stories I heard from the other travelers, the night on the island was even crazier than the night on the boat.

There wasn’t much to complain about. The Castaway Tour, although a splurge for most attractions you would do in Asia, was well organized and set up nicely for the 20-3o something backpacker crowd. The rooms were clean and spacious for a boat, the food was decent and we were fed often, and there were cheap drinks abound. I went kayaking for the first time ever, and I couldn’t imagine a better place than in the beautiful Halong Bay. As the day went on and the sun started to set, people began jumping off from the top of the boat or shotgunning beers while they waited and made an effort to get to know one another. I somehow ended up in a circle of all guys racing to see who could shotgun a beer the fastest, I managed to hold my own. 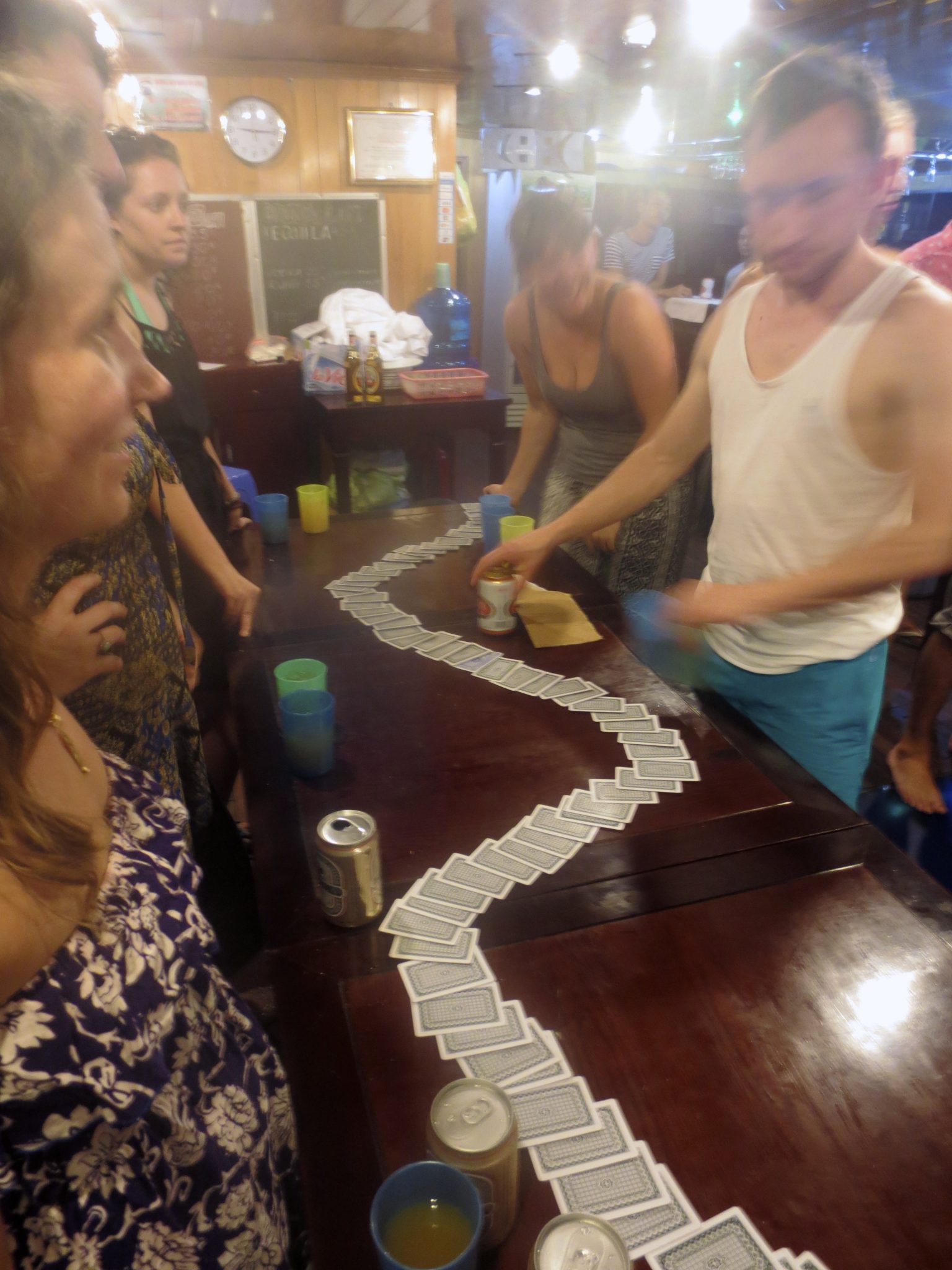 I truly think you need to do one of these party boats to get an idea of what it’s really like, but let’s just say it included two boats tied together, a bit of nudity, copious amounts of drinking, loud music, clothing swaps, an epic card game that usually included some form of public humiliation with each card drawn, and some good times that were some of my favorite memories from Asia, creepy English guide be damned. And of course, even if party boats can get a little much and over the top sometimes, it’s important to remember that you never have to do anything you’re not comfortable with, so you can make it what you will. 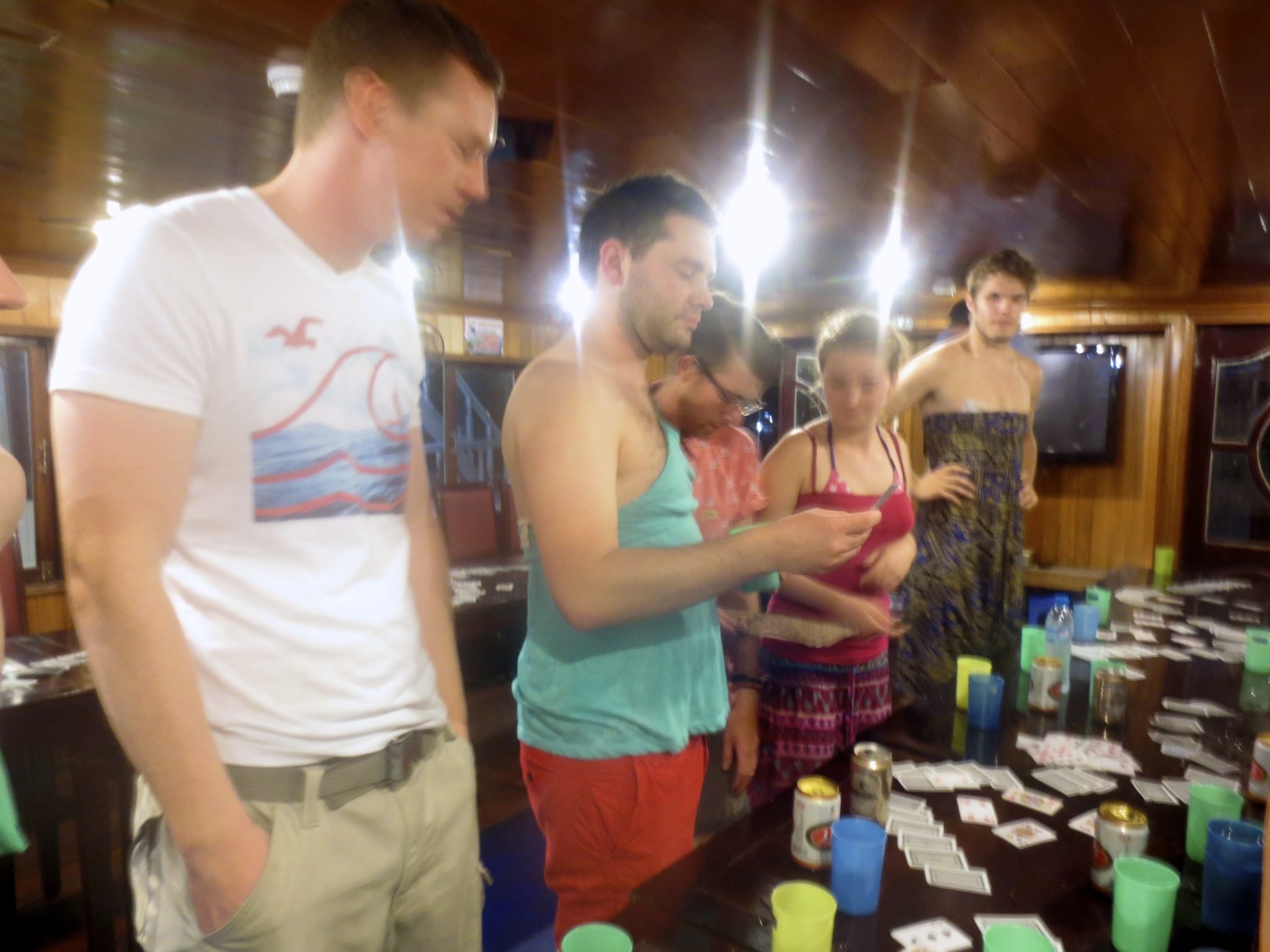 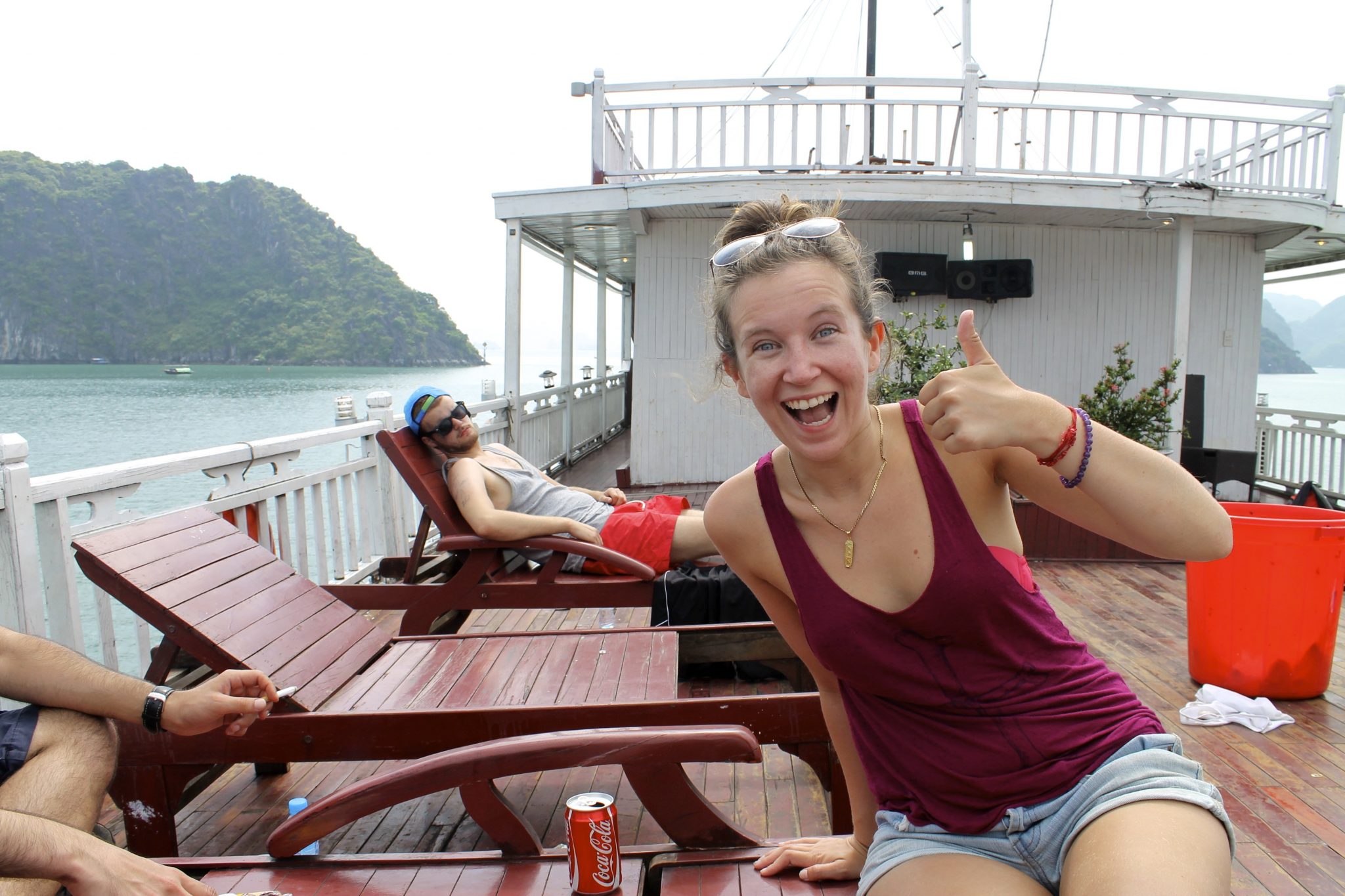 The night ended with everyone shaking their thing on the dance floor, I was content to just sit in the corner with the German guy, swapping life stories and travel anecdotes. It was one of those moments you remember from time to time, and one I’m not soon to forget. It still baffles me, even with how much I’ve traveled, the closeness you can feel with a group of travelers you’ve just met when you experience something beautiful together. The limestone cliffs swallowed by shadows was our background, the stars shining bright above, our canopy, and in that moment, there was no place I would rather be. 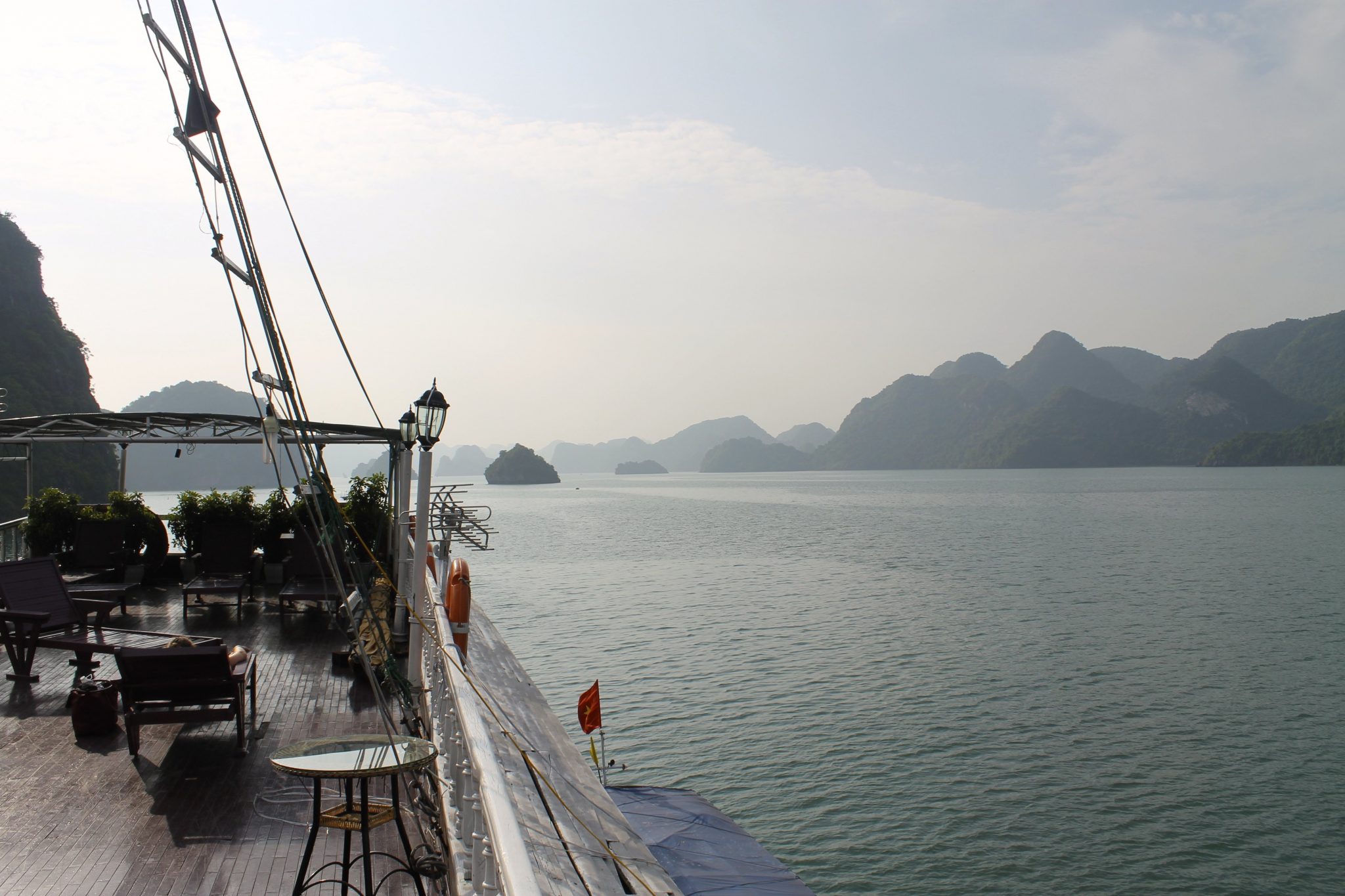 Have you ever been to Halong Bay?