Shark Fin Cove: How to Get the Most Out of This Hidden Beach 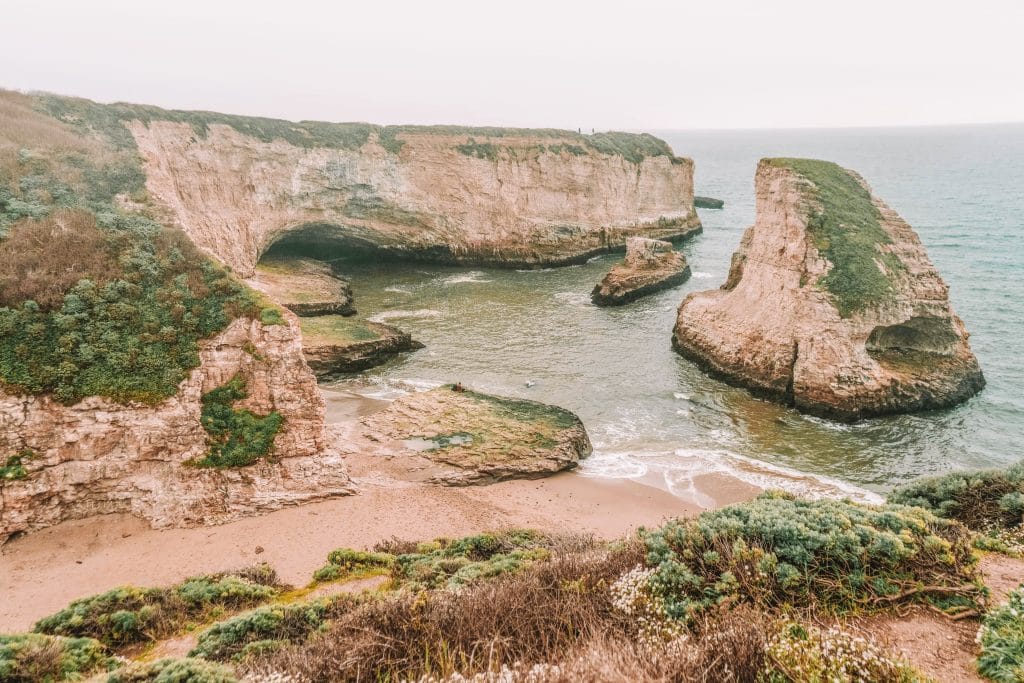 When you first arrive at Shark Fin Cove, it’s unclear if you’ve just walked into a post-apocalyptic movie or a hidden beachy paradise. Sometimes it’s a little bit of both, depending on the weather.

This is where you’ll discover a different side to the usual Santa Cruz beaches that are beautiful but often brimming with families, locals, and tourists from over the hill.

Shark Fin Cove offers something different for the people who are willing to make a slightly longer trek up Highway 1.

On the beach, you’ll often find UC Santa Cruz students hanging out on the weekends, photographers looking for that perfect golden hour shot, or anyone in search of a rugged, windswept place to spend an hour or two.

The charm of Shark Fin Cove comes from its remote (but not too remote) nature and its scenic views that really come out to play on a sunny day. This is how to get the most out of a visit there.

How to Get to Shark Fin Cove

If you’re coming from the north, it’s about a five-minute drive past downtown Davenport, on the right-hand side.

If you’re coming from the south, drive 15 minutes past Santa Cruz and the beach will be on your left. On clear days, you can usually see Shark Fin Rock pointing out in the distance as you get closer.

There are usually at least a few cars in the dirt parking area on the shoulder of Highway 1. Once you park, you’ll walk to the south end of the parking lot, cross the train tracks, and take the somewhat steep trail down to the beach.

You’ll see the sign for Shark Fin Cove right before you head down the steeper path.

If you don’t have a car, you can take bus 42 from downtown Santa Cruz to Davenport and walk the 15 minutes down to the beach. A one-way journey takes around 40 minutes.

What to See & Do at Shark Fin Cove

If it’s a sunny and warm day, one of the best ways to experience Shark Fin Cove is to simply lay down on its sandy Shark Tooth Beach and listen to the waves. Bring a book or simply take in the scenery and relax.

The most impressive rock formation that the beach is named after, the massive Shark Fin Rock stands on guard at the entrance of the cove.

This is the most photographed piece of scenery at the park and a fun one to look at or capture from all different angles.

To the left of the beach, you’ll find a sea cave that’s been carved out from many years of waves crashing into the jagged rock.

Although it might seem enticing, I wouldn’t recommend going inside unless it’s during low tide. And even then, sneaker waves can come through in a matter of seconds so use caution.

Even without being inside of it, you can take in the pretty views of the ocean poking out from the end of the cave.

If you head to the right instead of down the steep path to the beach, you’ll discover a trail that cuts around the top of the cliffs.

This is a great area to explore to get different perspectives of the beach and the scenic Shark Fin Rock below.

Do the short walk around the cliffs to take in the different viewpoints before looping back to where you started.

With its isolated nature and distinct features, Shark Fin Cove is a haven for photographers.

Grab a nice camera or just your phone to test out your photography skills around the beach. If you’re looking for some really stellar shots, come around sunrise or sunset on a clear day.

If you can time your visit for golden hour on a clear day, there’s no better time to enjoy Shark Fin Cove.

Whether you’re a photographer or looking for a romantic sunset spot, this is one of the prettiest yet least crowded spots to be in Santa Cruz County at sunset.

If you’re up for a longer walk, doing the 2.5-mile loop hike to Bonny Doon Beach is a beautiful way to take in the coastal scenery and stretch your legs.

Make sure to wear long pants since the trail can be overgrown and there’s poison oak in the area.

Explore the other pocket coves in Coast Dairies State Park

Shark Fin Cove is one of many pocket beaches that you can find along the five-mile stretch of coastline that encompasses Coast Dairies State Park.

If you want to make a day of it, visit Shark Fin Cove as one of a few different stops on a beach road trip to check out some of the least visited (but still gorgeous) beaches in Santa Cruz County.

Bonny Doon Beach and Panther Beach are stunning spots to add. And even though they’re not technically in the state park, nearby Davenport Beach (including the Instagram-famous Davenport Pier) are ideal road trip stops too.

Looking for more Santa Cruz travel inspiration? Check out my related posts below!

101 Things to do in Santa Cruz

Best Things to do in Capitola 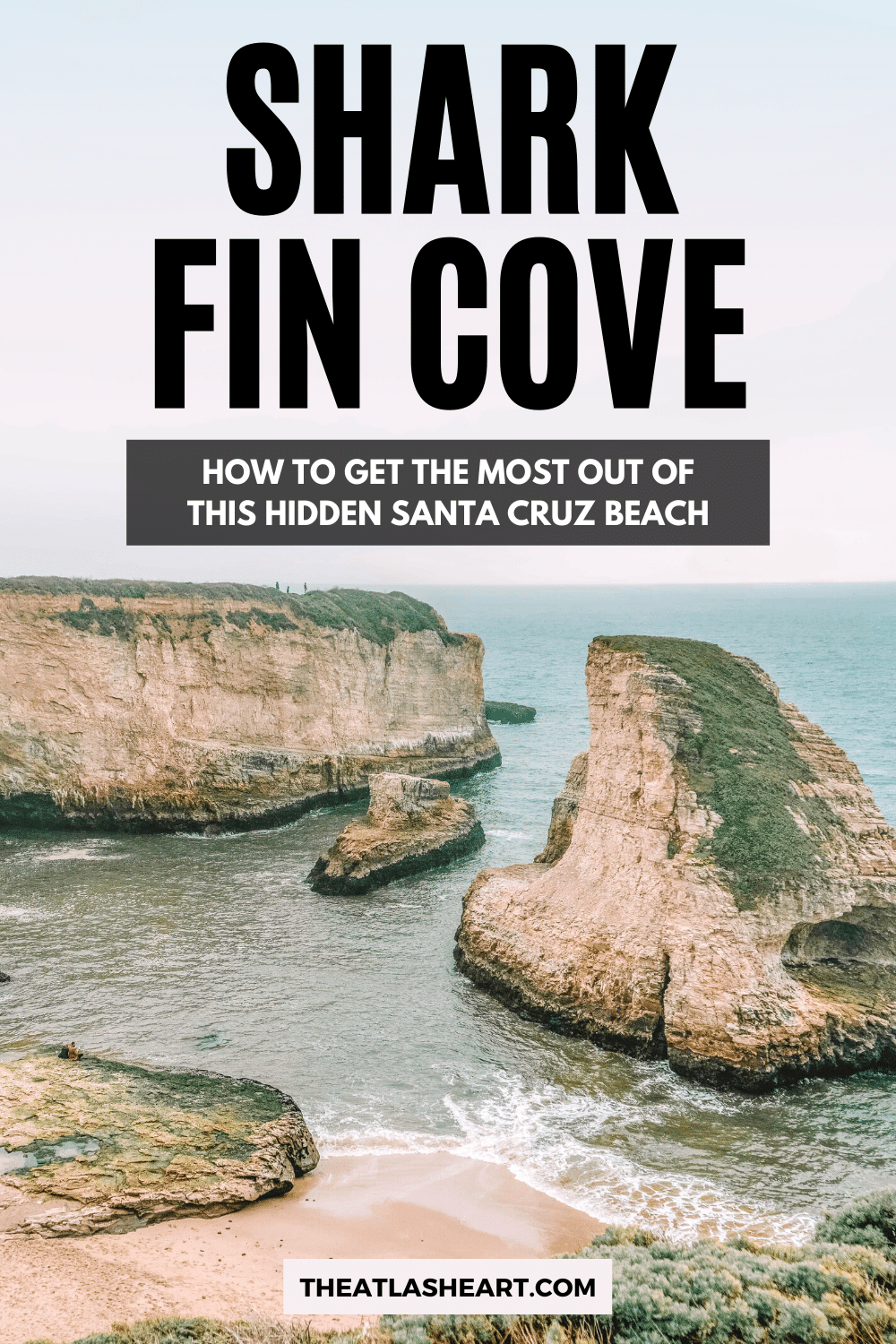