Te Ahumairangi Hill, a close rival to the best view in Wellington 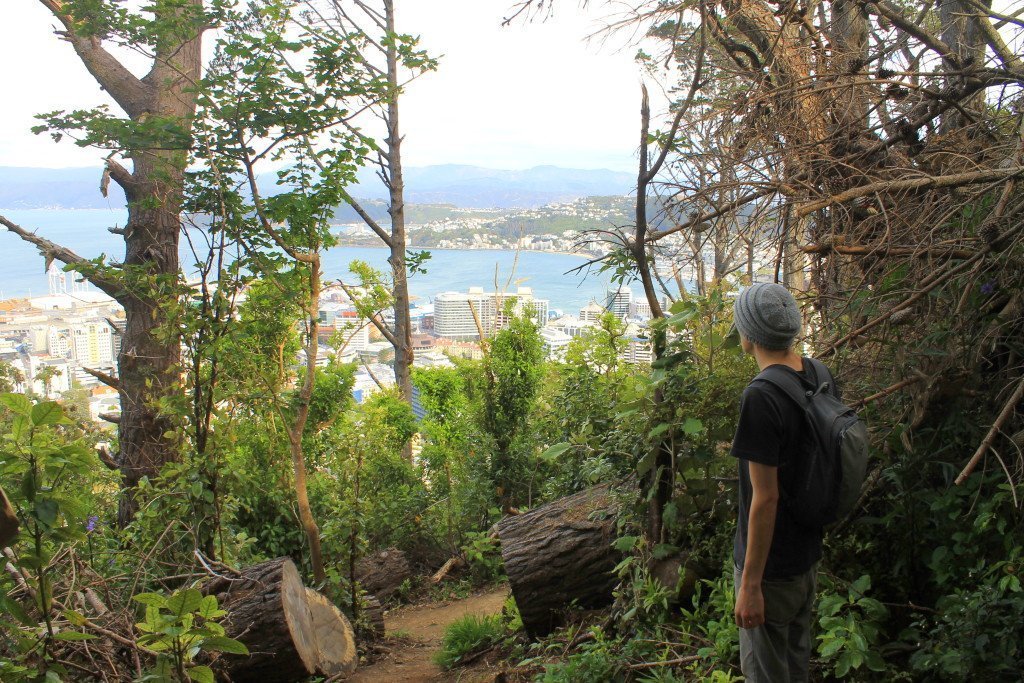 It’s incredible how much you come across when you’re walking around Wellington city, it reminds me of why I tend to love small, manageable cities that you can lose yourself in.

I’ve already talked about my love for Mt. Vic, and the fact that it’s a very popular place for tourists and movie mania folks alike, but I also kept hearing about another lookout on the other side of the harbor that was supposedly Mt. Vic’s rival for the best view in Wellington – Te Ahumairangi Hill.

I had to check it out for myself to see if this was better than the spot I just named as my favorite place in Wellington.

We set off from the middle of the city and had a beautiful 45 minutes or so of walking through all sorts of settings to find the lookout. There were a lot of stairs and hills involved, a rose garden, a hiking trail, and plenty of native wildlife to lead the way. We traipsed through back alleyways, car parks, a memorial tomb and small graveyard, and plenty of places I’ve never been to before even though I’ve been living in Wellington since April. In terms of comparing it to the Mt. Vic lookout, I can see why some people like Te Ahumairangi better. It’s on a higher hill, it gives a different perspective of the harbor, and it’s much quieter with no tourists in sight.

With that said, Mt. Vic still takes the cake for me. The aspect I really love about the Mt. Vic lookout is that it gives a 360 degree view of the city, something that Te Ahumairangi is lacking.

The positives to checking out Te Ahumairangi is the chance to see more native wildlife because it’s in a quieter and less populated area – I finally was able to see my first Tui bird! It’s also apparently a great place to watch the sunrise, although we were there during midday.

Similar to Mt. Vic, Te Ahumairangi is located on the town belt, and is at the edge of a good few hiking trails, one of which we took down to get back to the city.

My final consensus: If you’re short on time and you want a good view of the city, I would still recommend Mt. Vic over any other place in Wellington, but Te Ahumairangi is still worth checking out if you’re here for long enough.

I mean, is any day a waste when there’s a good lookout involved?