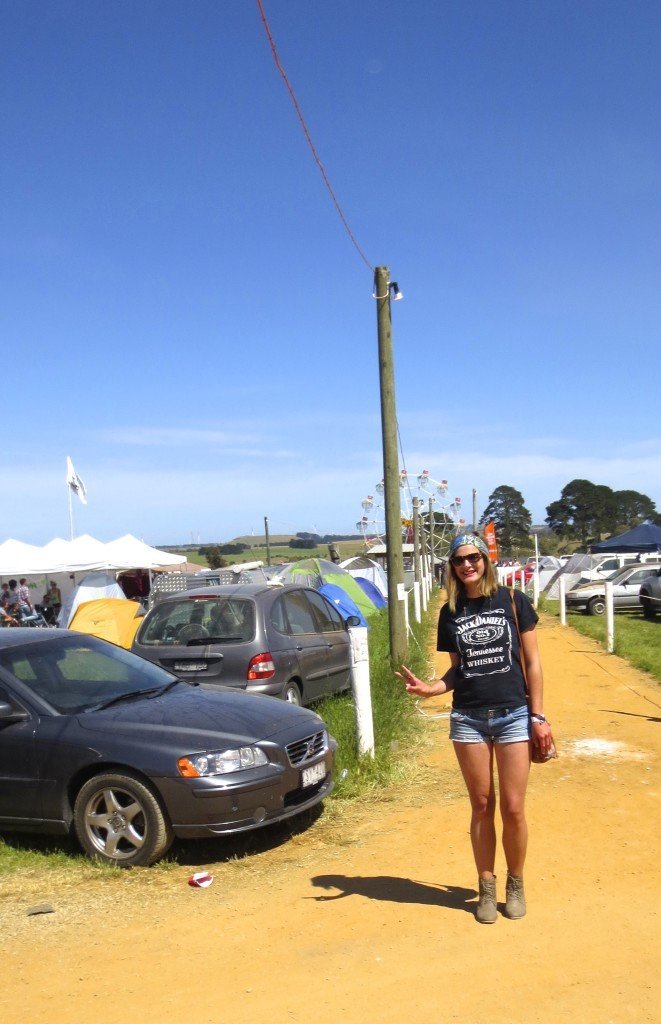 I heard about Meredith through a friend, my housemate actually, who became one of my closest companions in Australia. Meredith is one of those festivals that all the cool kids attend, nondescript, it’s a festival that hardly advertises, that doesn’t give away too much about itself. 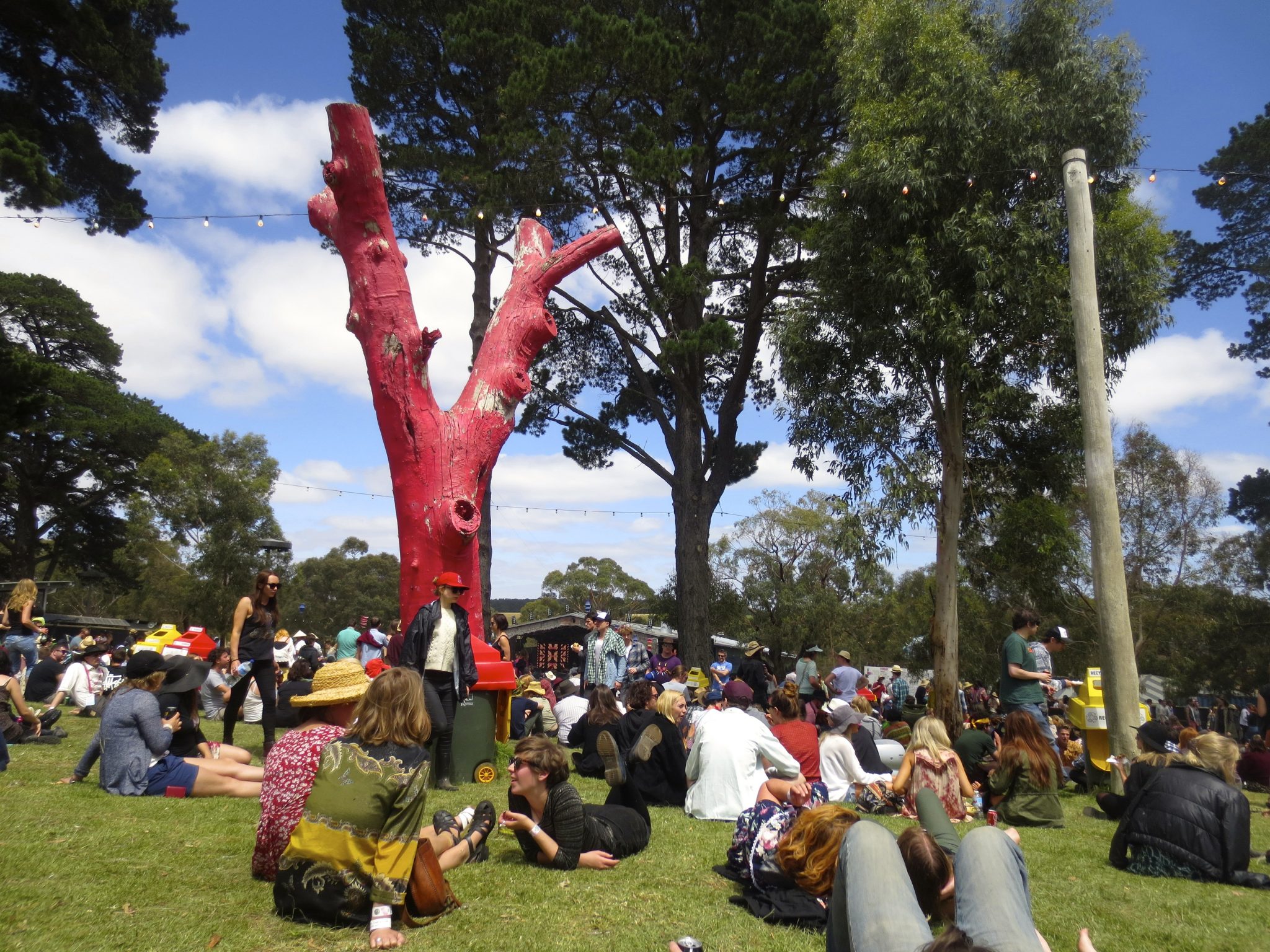 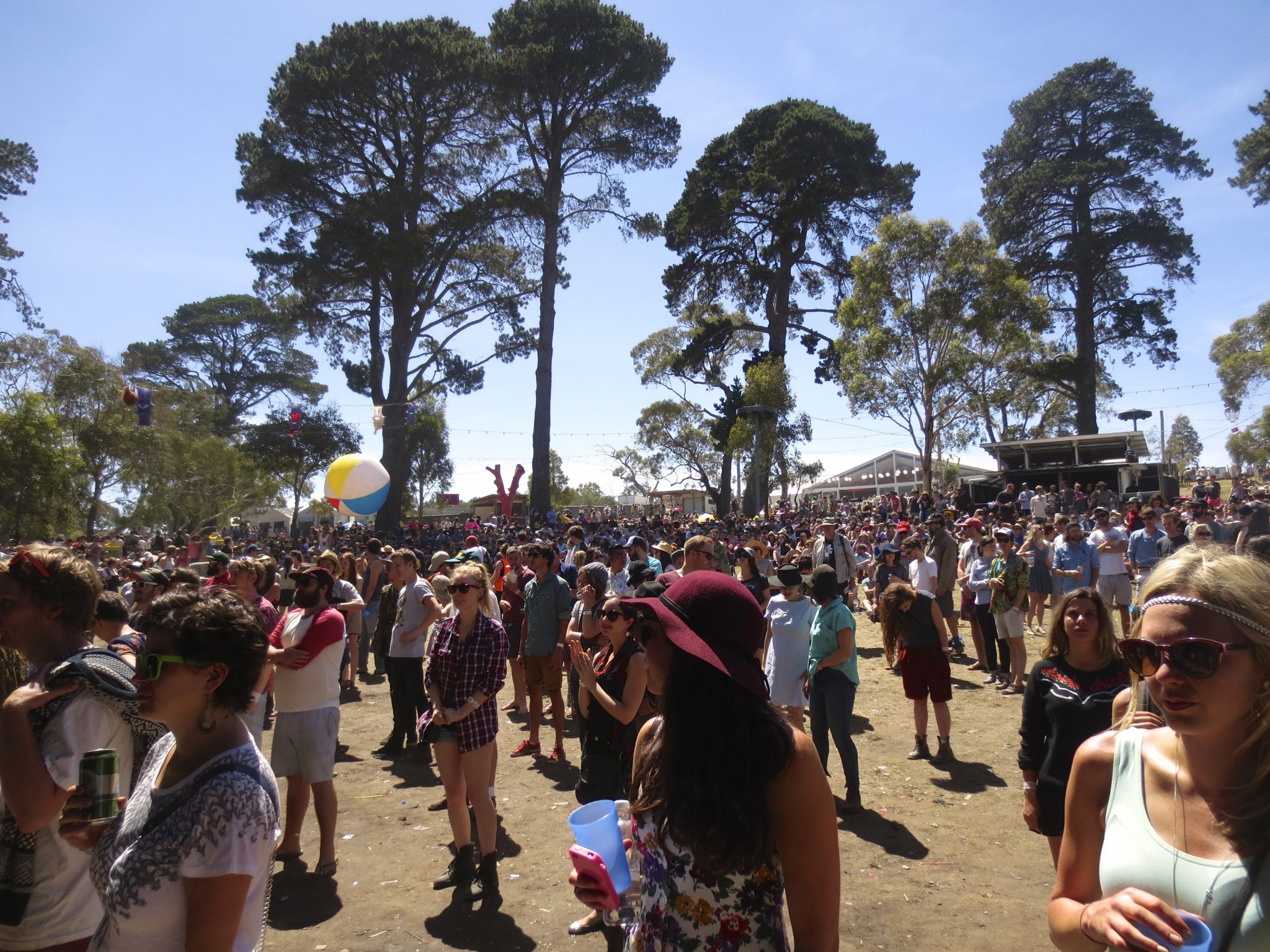 You can’t simply buy a ticket to Meredith, you enter into a lottery, which randomly chooses who gets to go. The creators of Meredith wanted to keep it at the right size and not expand it like a lot of festivals tend to do once they get popular, so it has become a bit exclusive in the process, but for the right reasons. 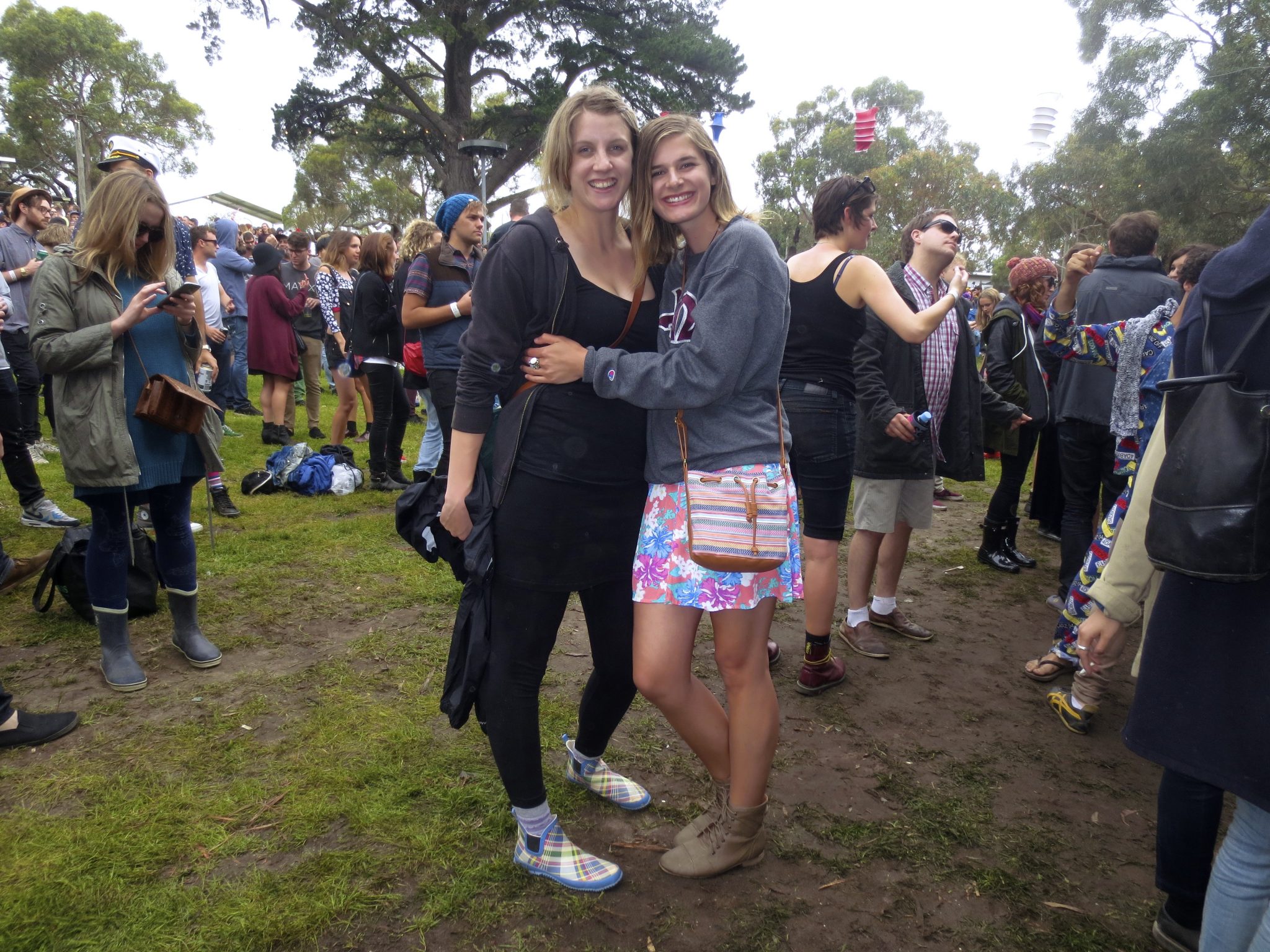 Even with its slightly mysterious nature, Meredith is one one of the best festivals I’ve been to. It’s one of those festivals that actually provides good vibes, akin to a big group of friends getting together to enjoy themselves for the weekend. There’s a no dickhead policy, which I especially loved because dickheads for some reason seem to love being right next to you at festivals. If you are being a dickhead at Meredith (i.e. jumping on someone’s shoulders and blocking the people behind you), you can actually get kicked out of the festival. 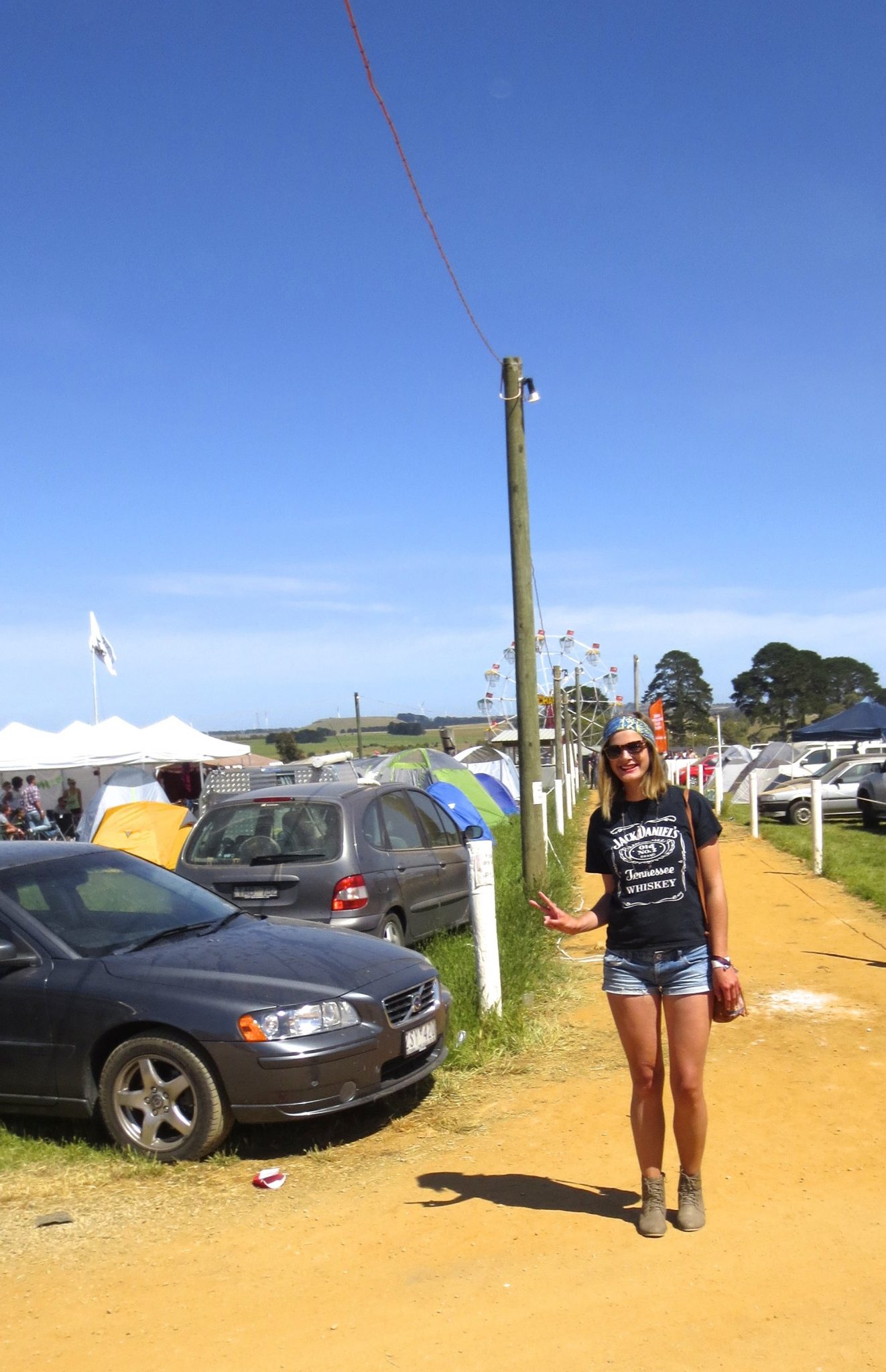 Another aspect I love about Meredith is the bring your own couch rule. On the way there and the drive back, there were so many cars with old couches attached to the tops of vans. Unlike most festivals, you can bring your own couch to the amphitheater to have a place to rest your head, a cushion to dance on, or a comfy place to meet new friends. The couches were surrounding the outskirts of the amphitheater like a hippie fence wrangling in all the festival goers. 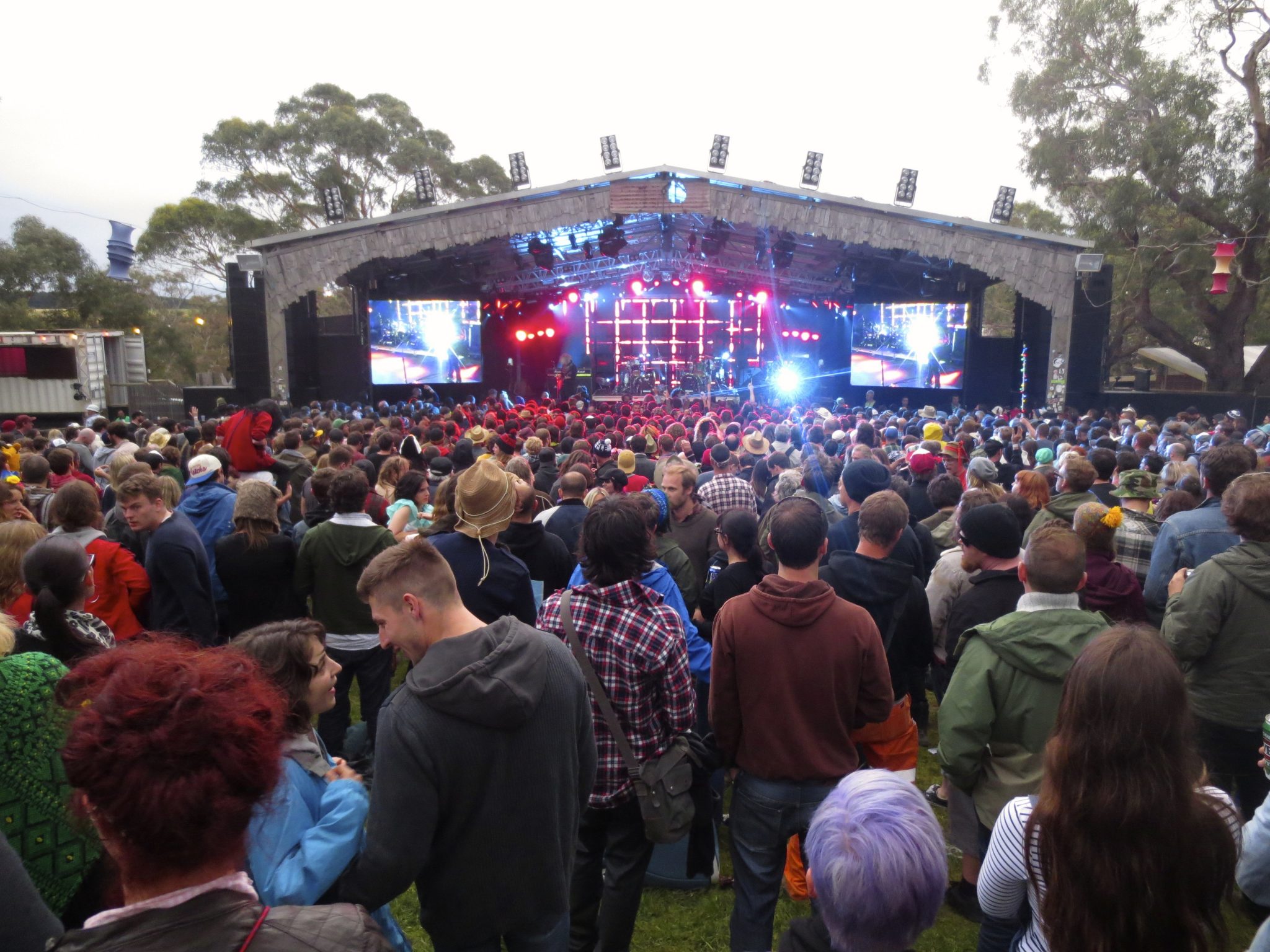 The age group of festival goers was a good variety as well, although there were a lot of 18-2o somethings like most festivals, there was also a good combination of late 20-3o year olds, and older career types that wanted to take a break and party for the weekend. Take our camp neighbors next to us who let us share the space under their canopy for the weekend, they were some of the nicest people I’ve met at a festival. They were a bit older, some even had kids back home, but they were a hoot and a great group to hang out with for a few days.

It was also the first festival I’ve attended where I wasn’t sweating profusely in hot weather, which was a nice change. Even though it takes place in Aussie summertime, the festival location is in one of the cooler parts of Victoria. At night, I actually had to bundle up to keep warm since it was shivering temperatures, but during the day it was pretty perfect weather wise. 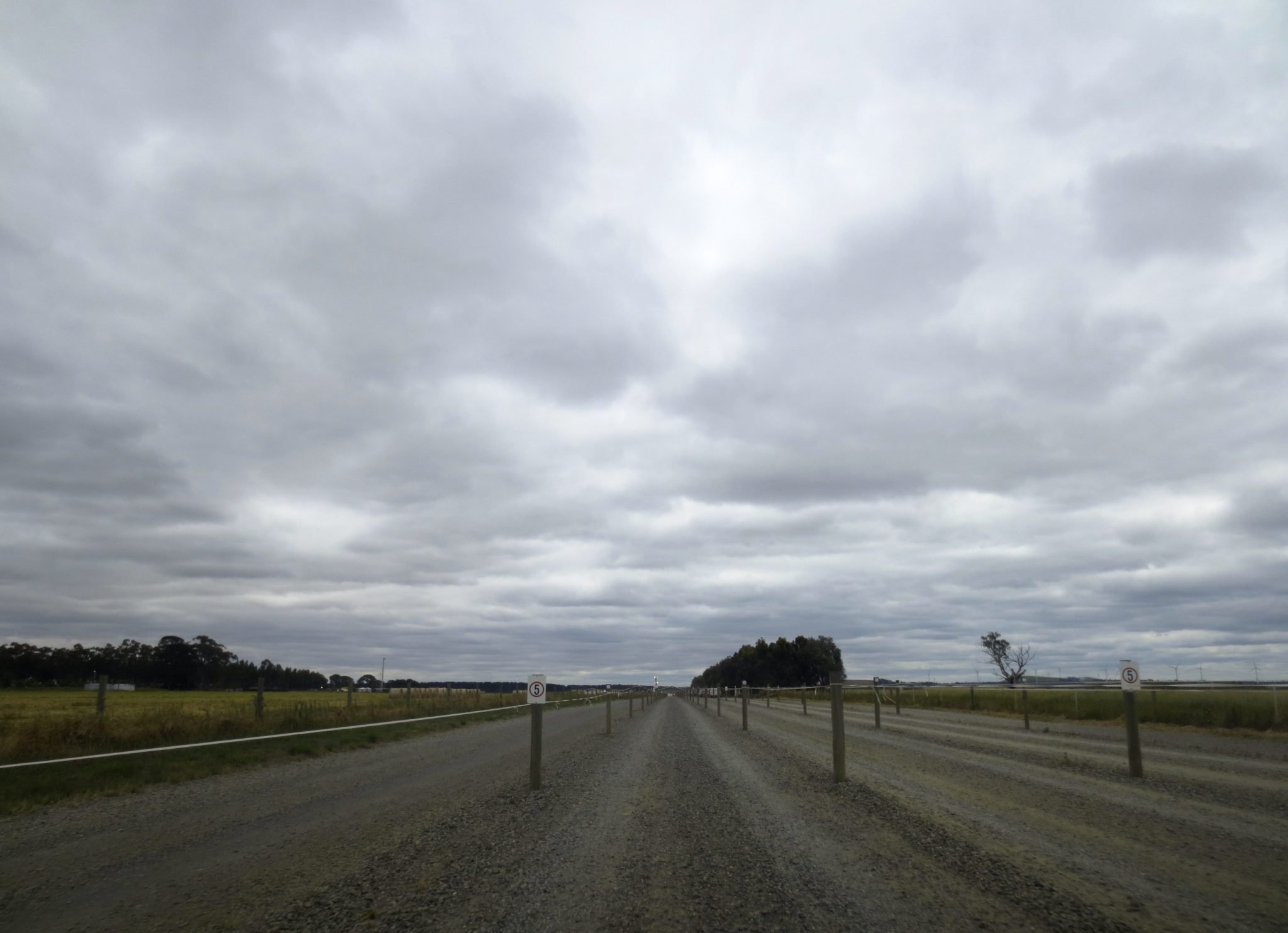 The “Meredith Gift” on the last day was a great end to the festival. Described as the world’s greatest nude footrace, a bunch of naked festival goers race around the amphitheater for prizes and for the crowd’s amusement. They have female and male races, and more than a few runners fell down in the process of the race to the hoots and hollers of the crowd. It’s not a pretty site to fall on your ass buck naked in the dirt, but it was quite hilarious to watch as a spectator.

Here’s some previous footage to give you an idea:

I had recently moved to Sydney at the time, so I flew down to Melbourne for the weekend. My old housemate from my Melba days picked me up, and we went straight away to buy snacks and alcohol for the festivities. We had a massive Aussie brekkie (the best) in town before taking off for the festival grounds, and soon hit the road, singing Backstreet Boys at the top of our lungs with the windows rolled down. 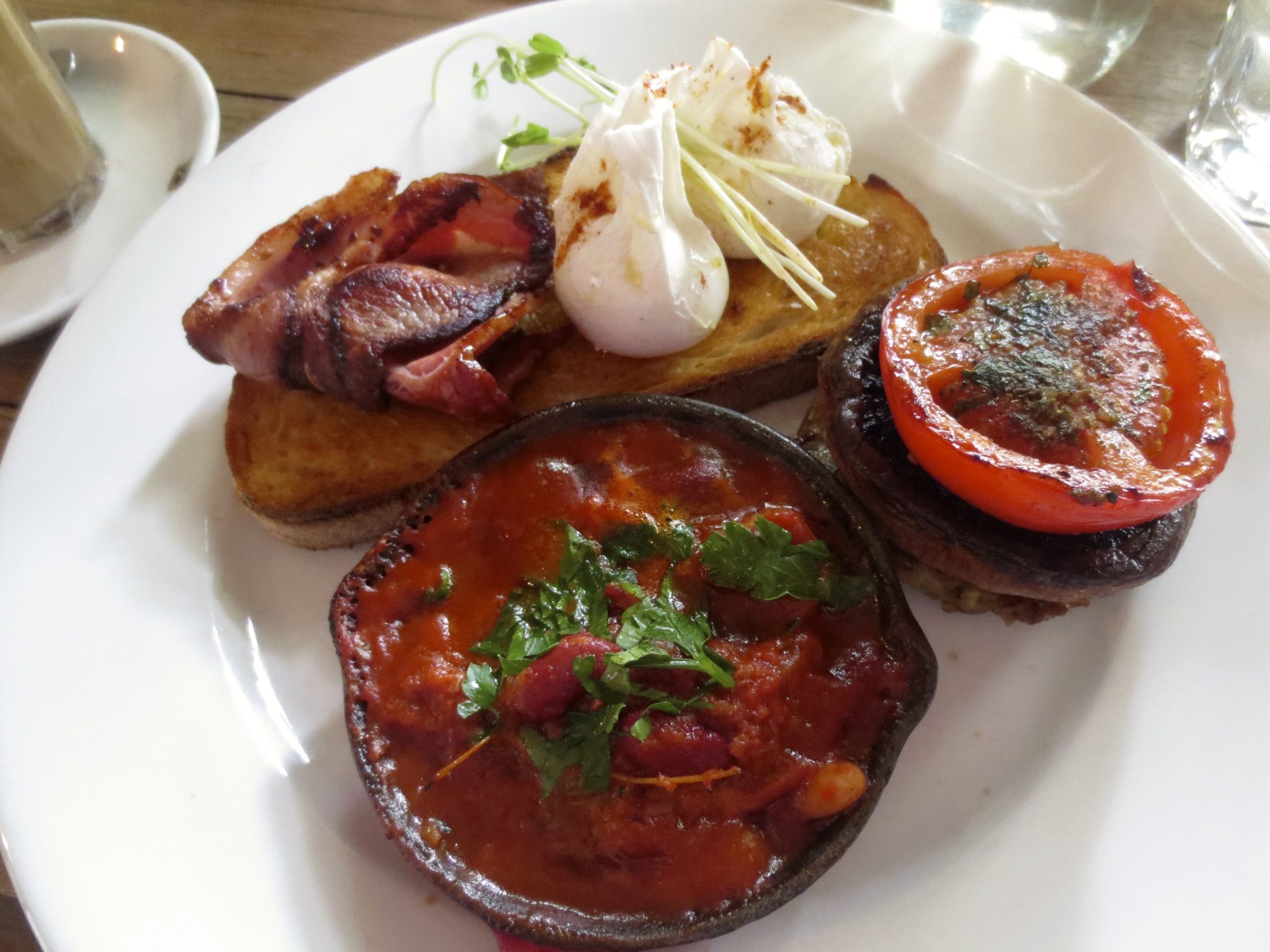 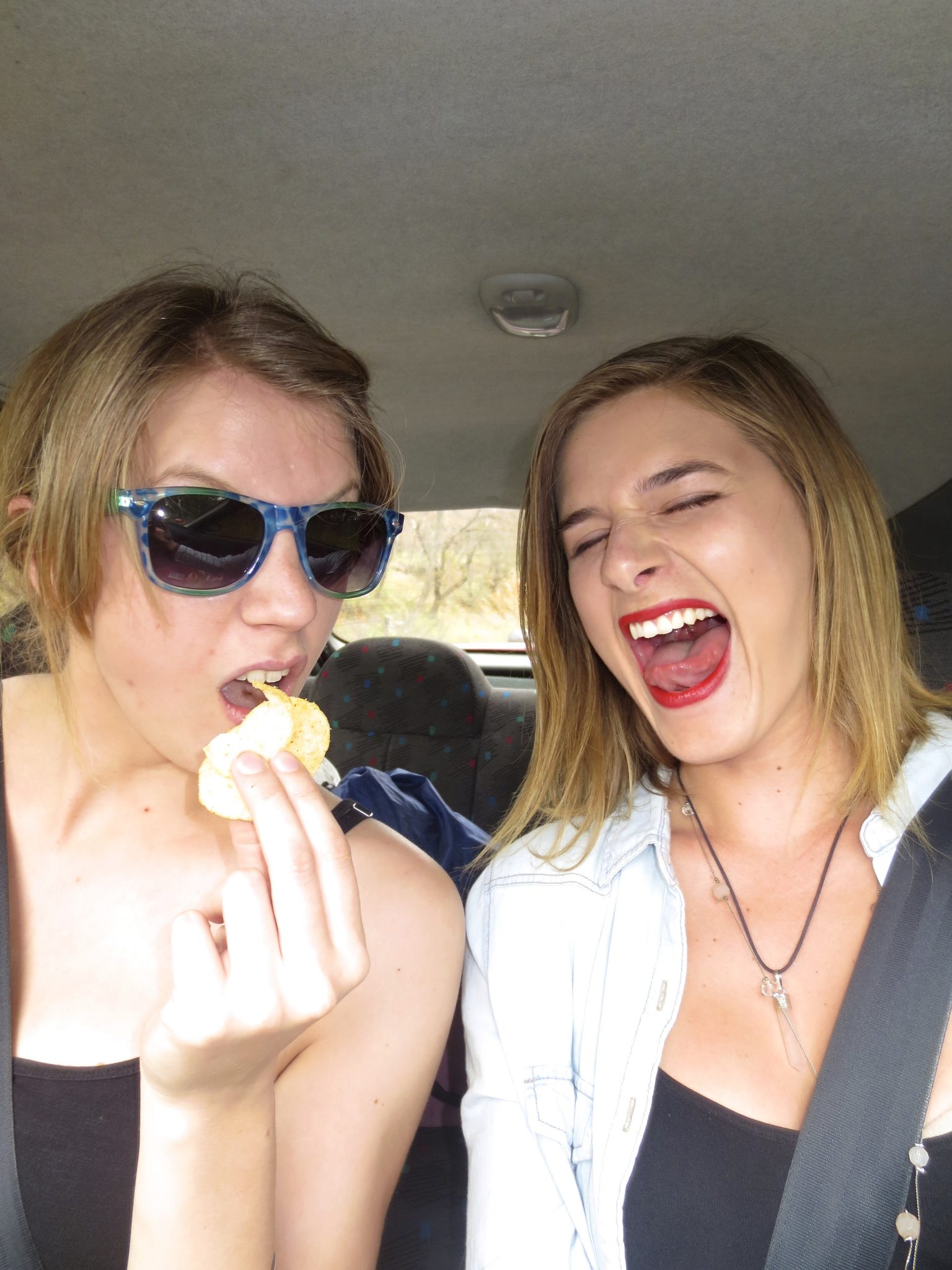 I lucked out in grabbing a volunteer spot for this festival, simply by knowing the right people. My housemate works at Meredith almost every year, because she’s good friends with one of the coffee vendors at the festival. Our job for the weekend was working a low key six hour barista shift on Saturday arvo (afternoon for non-Aussies), from which we had free entry to the festival. 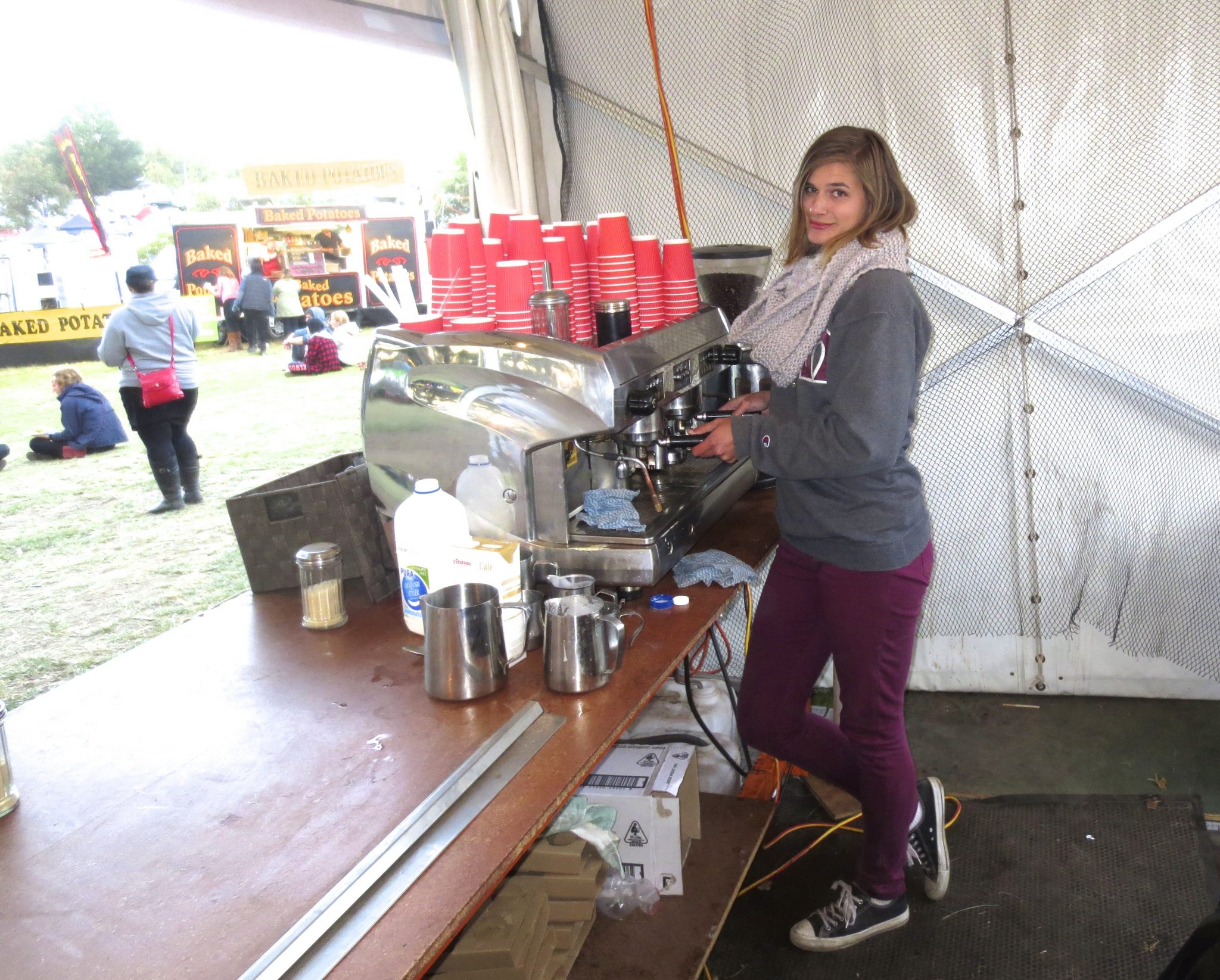 It was a great mix of bands, from indie/alternative, to subtle electronic, to old school rock, to funky disco. My favorite acts including Oliver Tank and Chic.

The whole festival was so chill – i.e the no dickhead policy, bringing your own couches, choosing your own campsite, and not really caring or checking about the drugs and alcohol you chose to bring with you for the weekend, as long as you look after one another. 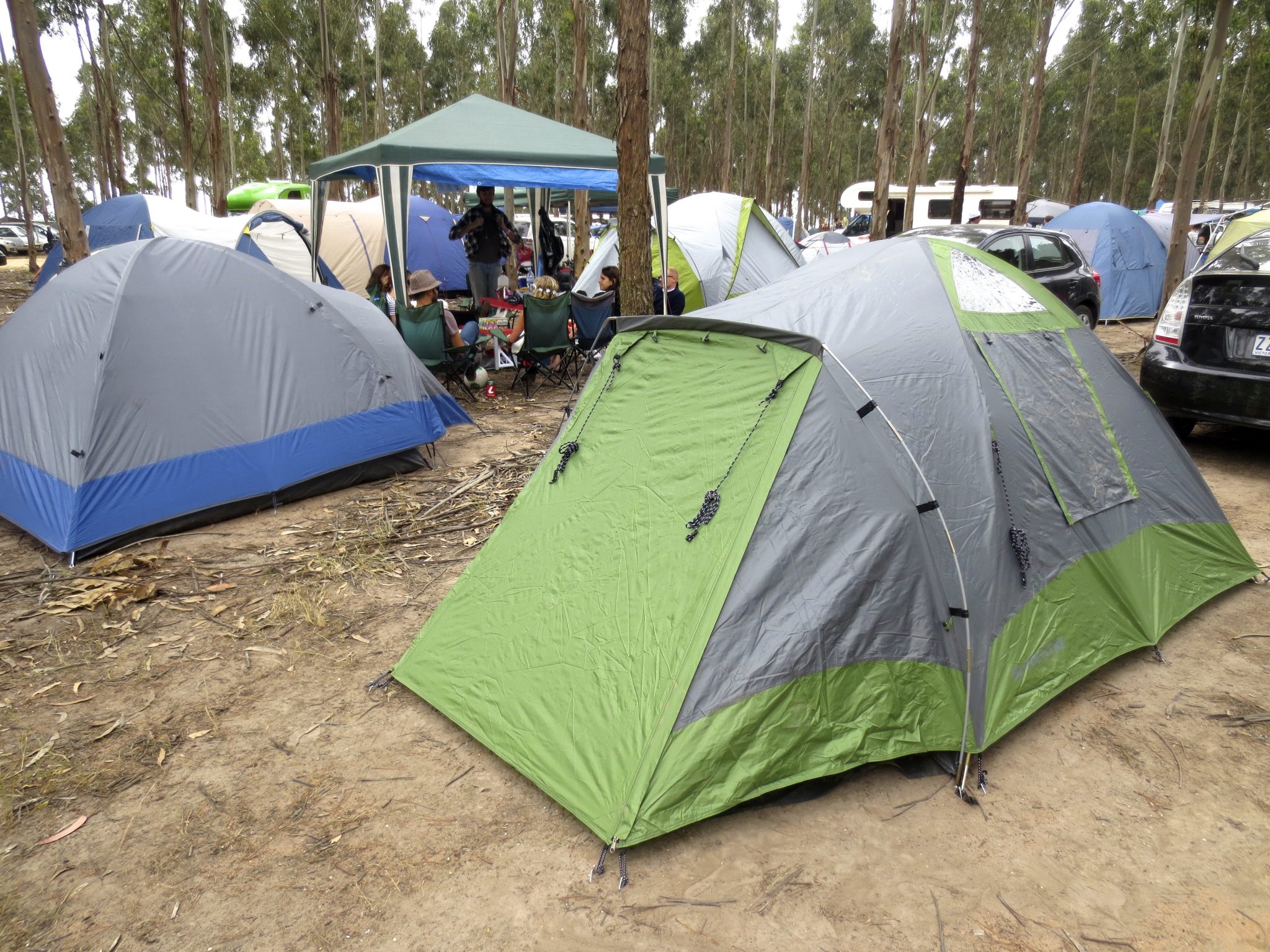 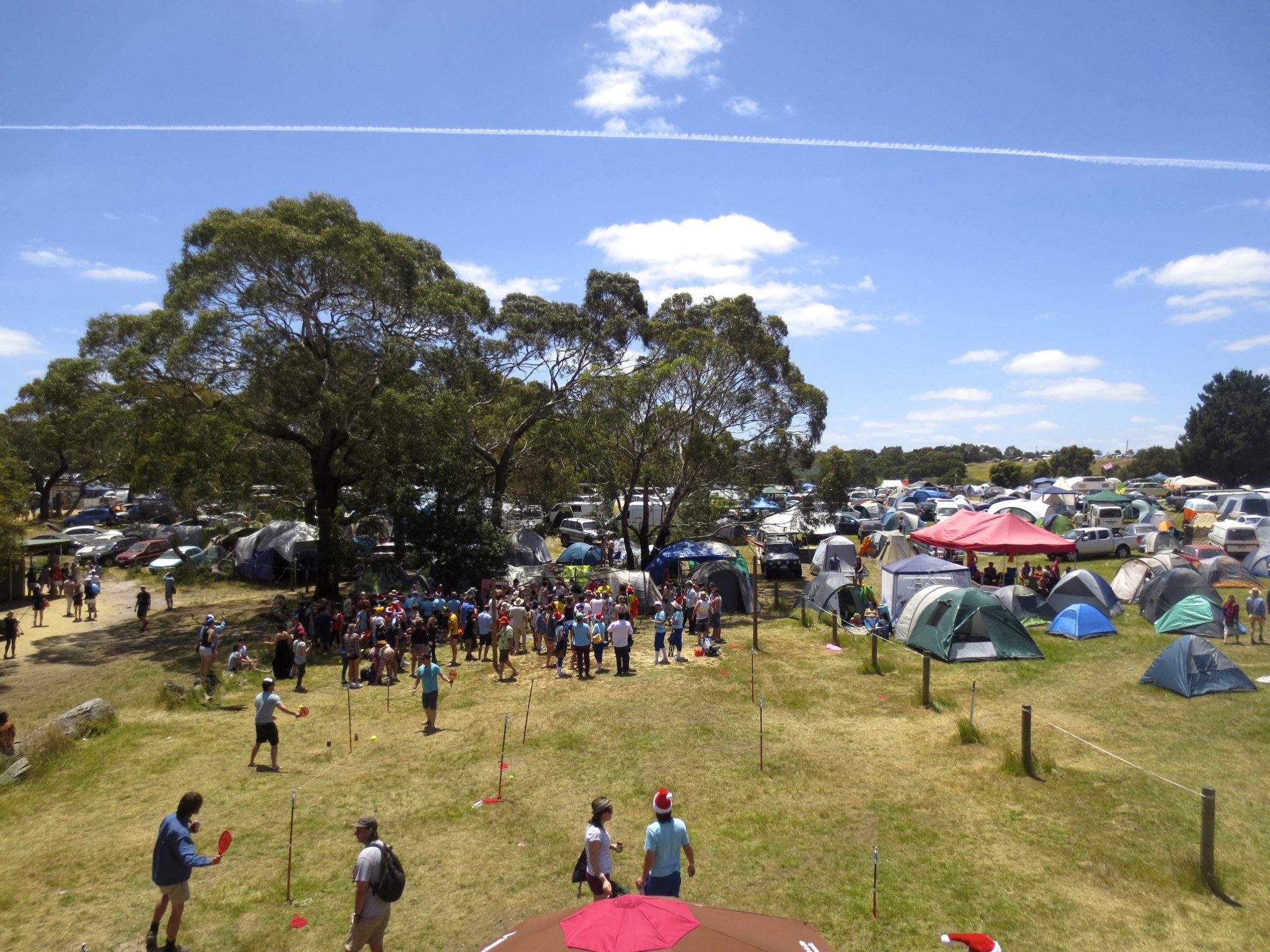 Even the toilets were awesome. They were waterless composting toilets and completely green. They blew my mind.  All you do is scoop in a bit of sawdust after you’re done, no flushing needed, and the wastage is treated at a remote part of the site. Pretty damn cool.

From the whole festival being in tune with the “ahhhhhhhhhh freak out!” of Le Freak by Chic, dancing and belting out Toto’s Africa with hundreds of other people in between sets, looking out and over the festival grounds from the top of the ferris wheel, eating some of the best festival food I’ve tried in my life (including prawn tacos), having some mad chills during Oliver Tank’s set on a dusty Sunday, watching numerous naked inebriated people running and falling around the Meredith Gift Track, and spending the weekend with one of my closest friends in Australia. It was hands down, some of my favorite memories out of my year in Oz.

If you live in Australia, or if you’ll be there during the time of the festival, go to Meredith! You won’t regret it.