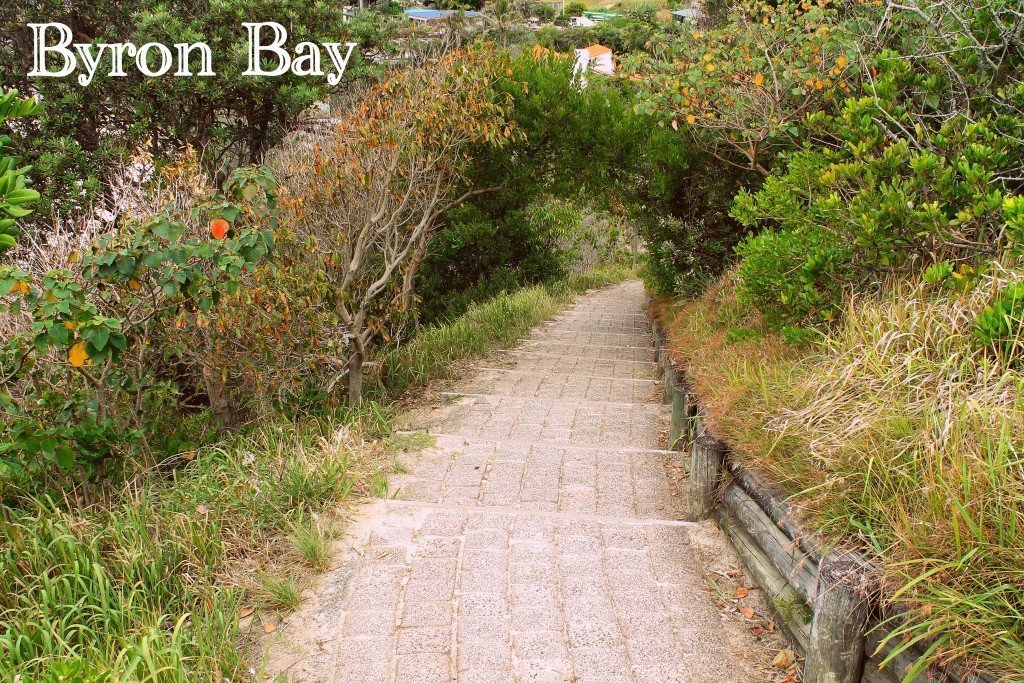 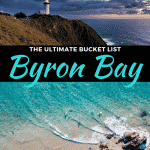 The best things to do in Byron Bay for the perfect hippie weekend on the East Coast of Australia.

Byron Bay is the smaller Aussie version of my hometown: Santa Cruz, California.

With the dreadlocks, the choice of vegan and vegetarian restaurants, healthy smoothies, the tie-dye stores, the local hippies playing bongos on the grass, and of course, the beautiful beaches and a lighthouse, I felt right at home.

To be honest, I didn’t get up to all that much in Byron, but that’s also kind of the point of being there. It’s a place to relax and chill out, a sleepy town that is as beautiful as it is quaint.

I stayed at Aquarius Backpackers because a friend of mine lived there for a while and couldn’t rave about it enough. It was one of the best hostels I stayed at in Australia, and one that made it very easy to meet new friends with free activities and meal/drink specials every night. Chilling out watching movies by the pool with a fellow Californian I randomly met didn’t hurt either.

It was the first stop of my East Coast adventures at the end of my time in Australia, and it was the first time I was able to relax and not worry about work and the daily stresses that come with living in any big city. Basically, I split my time between reading in a hammock and hanging out at the beach across the street. The hard life of Aussie vacationing. 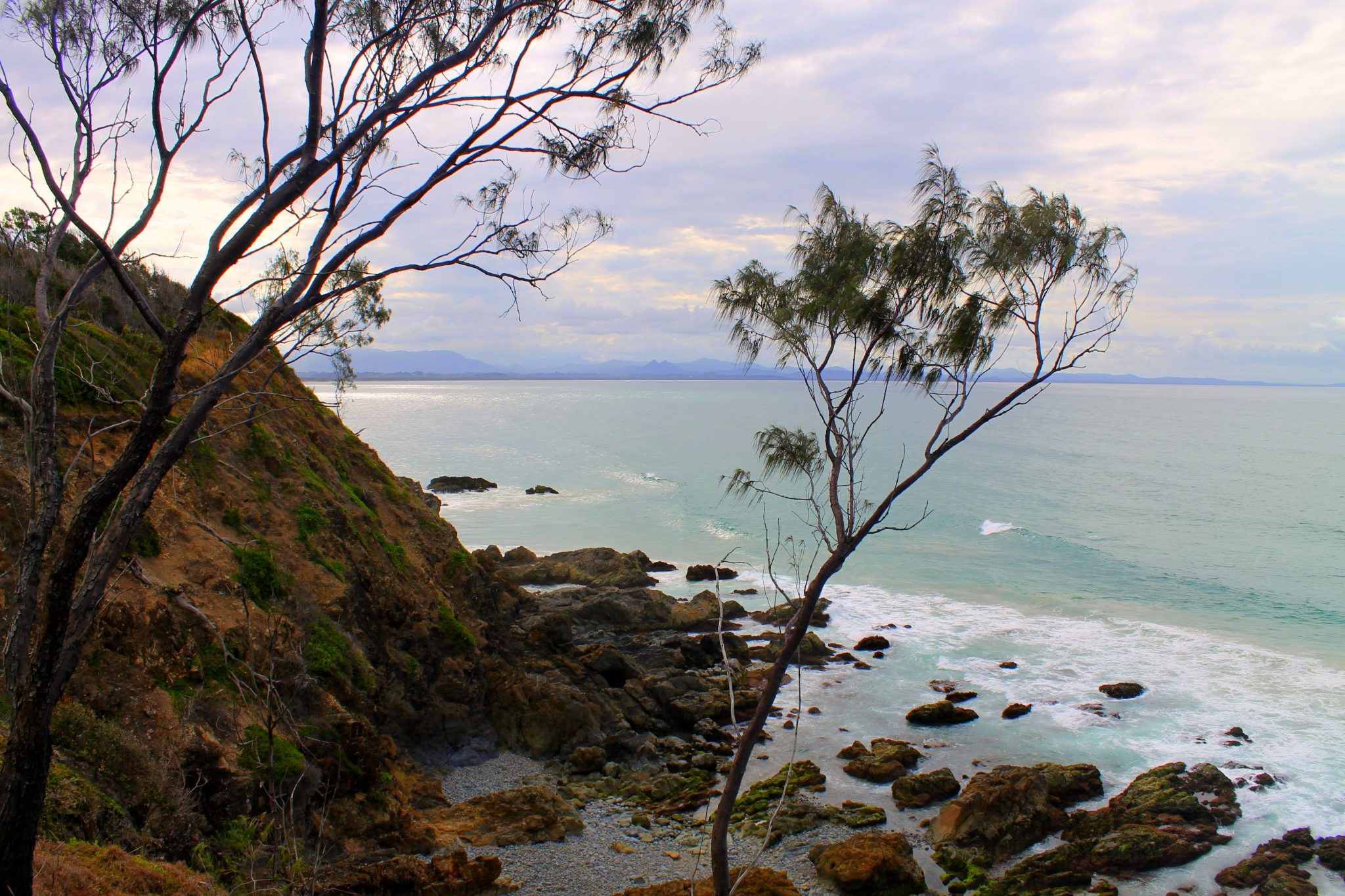 Surprisingly, I did manage to do a few activities even with my lax attitude, and missed out on some other ones which I would’ve done if I had more time.

Here’s my ideal list of what to do with your time in Byron Bay.

Hike to the Lighthouse

One of the first things I heard about Byron is that the views from the lighthouse are phenomenal, and it’s also located at the easternmost part of mainland Australia which is pretty cool. 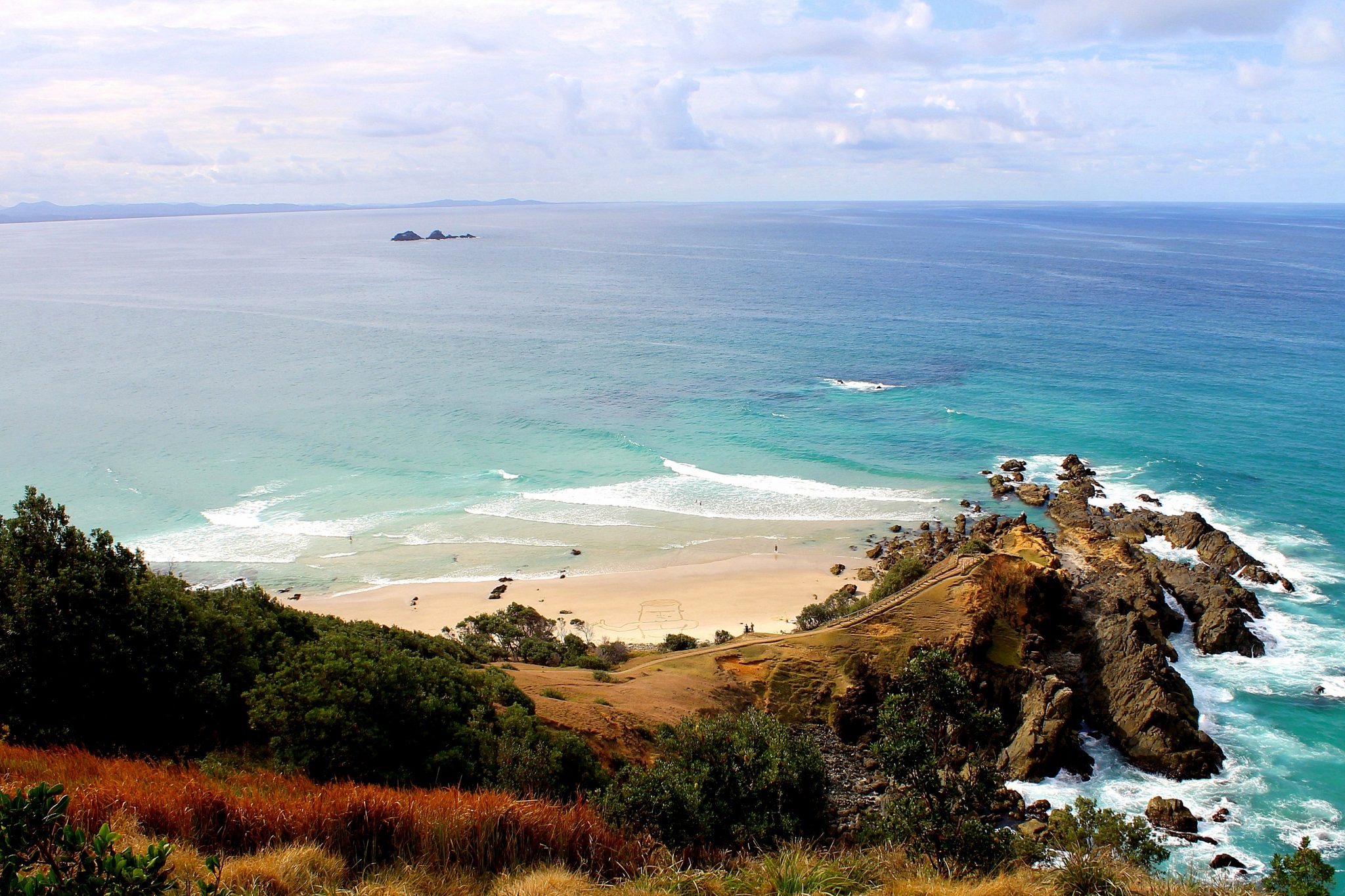 I just walked from the hostel as it looked close enough, and the walk promised stunning beach views and gorgeous weather for the day. The lighthouse itself was built in 1901, and was unique to my eyes because I’d never been to a lighthouse located so high up on a hill, a guarantee that ships lost at sea would see its beacon.

The trail around Cape Byron was varied and full of detailed beauty as so many parts of Australia can be. From the sea to forests, to meeting many new friends in the form of brush turkeys, it was a delightful way to spend the afternoon.

There’s a little cafe near the lighthouse, so I stopped to grab water and read my book, looking out over incredible sights. I don’t think pictures do it justice to how peaceful it was sitting up there by myself, at the edge of Australia, literally.

Related: A Complete Guide to Brisbane 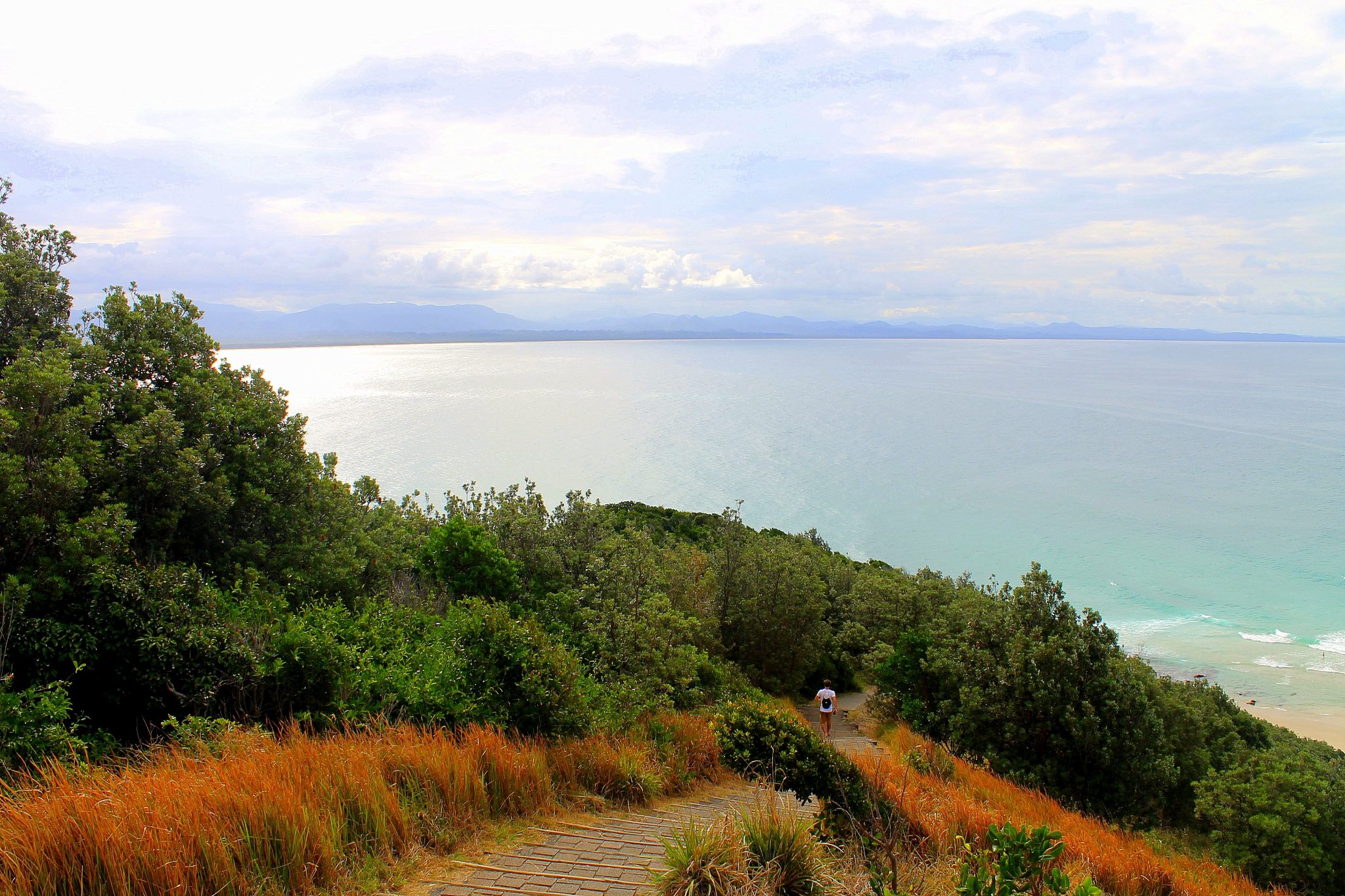 The best aspect of staying at Aquarius was the communal hammocks on the upstairs deck. Hammocks are wonderful creations, and the perfect way to sink into complete and utter relaxation, and maybe take a sway and doze off in the process. Laying in hammocks in Byron is a must.

The small town area of Byron is filled with souvenir and cute boutique stores, as well as some really cool cafes and organic smoothie places (my weakness). Somehow life just feels better with a smoothie in hand.

Catch the Sunrise at the Beach

My last day in Byron, I forced my butt out of bed and walked to the beach across the street. I sat on the cold sand and waited in the dark for the sun to come up over the ridge where the lighthouse stood. I made a promise to myself that I would try to watch a sunrise or sunset at each town I stopped at along the way up the coast to Cairns. The sunrise in Byron did not disappoint. It was the perfect way to say goodbye to the little piece of paradise I found in Byron. 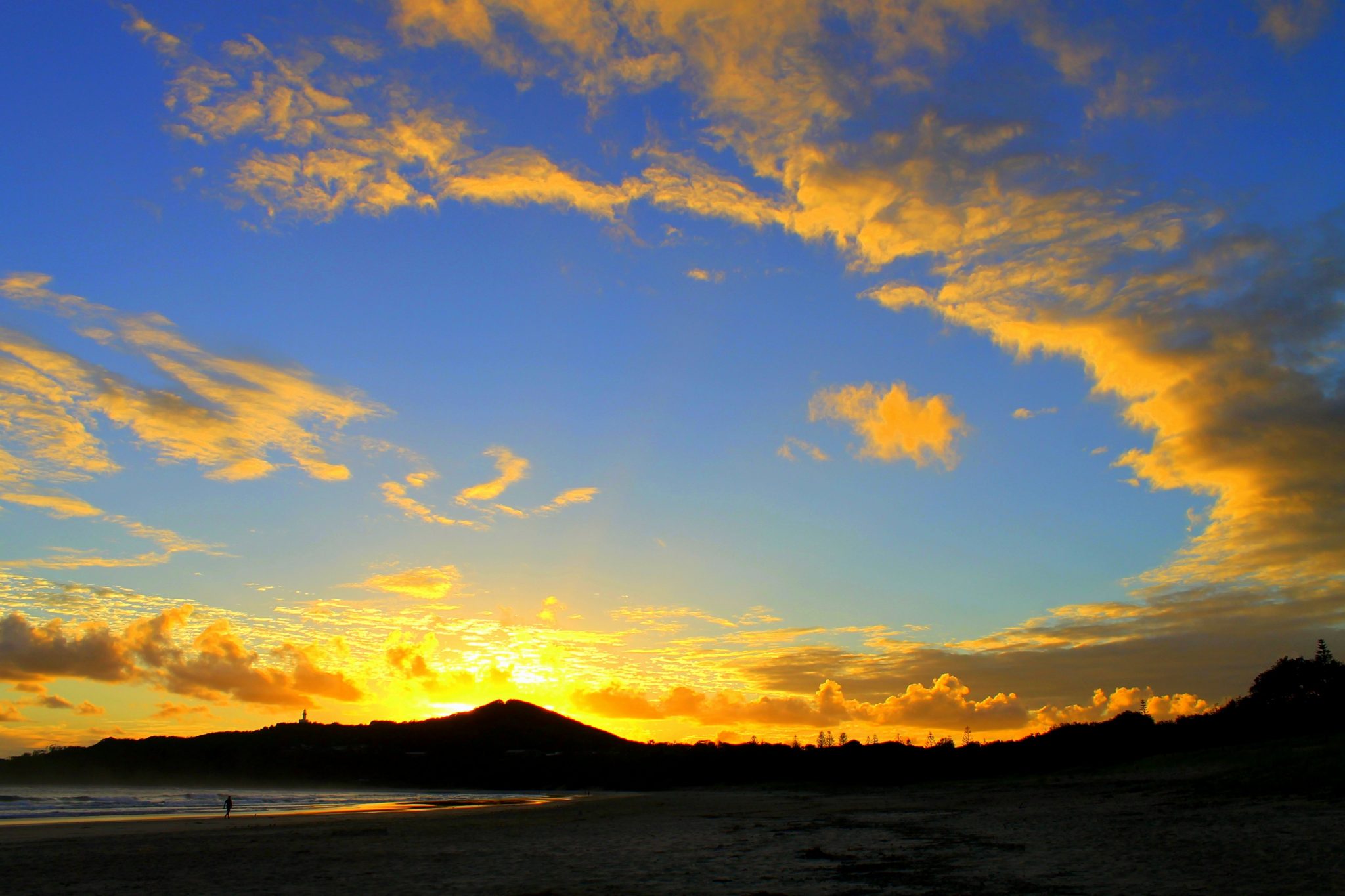 Okay, technically Falls Fest is just outside Byron, and I went to the festival a few months previous to this trip to Byron, but still, if you happen to be in the area for New Year’s Eve, spend it at Falls Fest. Gorgeous festival grounds, beautiful people, and good vibes made it my favorite festival in Australia. 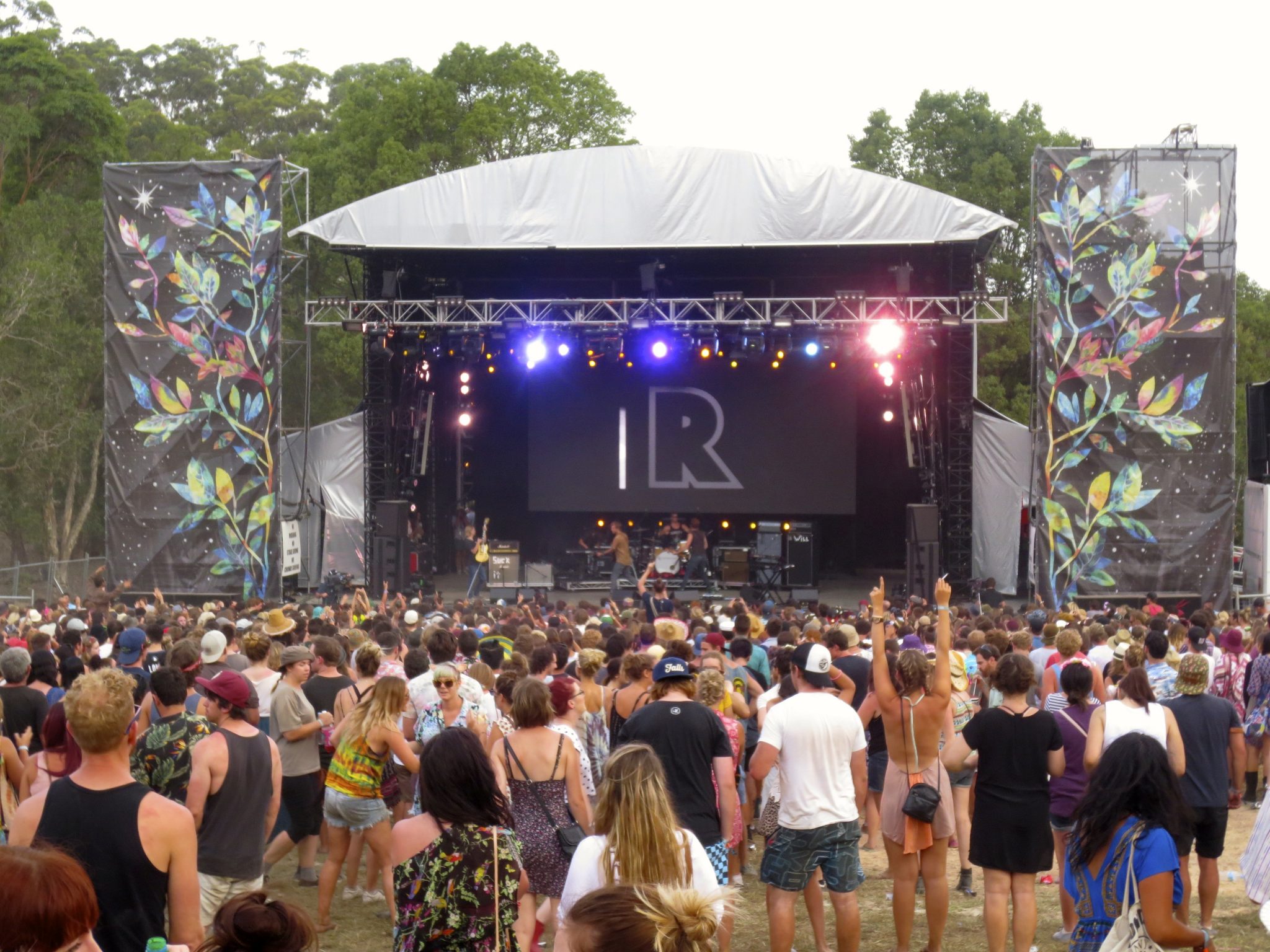 There are plenty of other festivals to choose from throughout the year, as you’d expect with any hippie town. To name a few, the Bluesfest, Writers Fest, and Surf Fest I’ve heard are all quite fun. And don’t forget about Splendour in the Grass, one of the most well known and best music festivals in Australia, especially for the Winter. I sadly didn’t get to go, because it was too soon after I arrived in Australia and I was just setting up my life in Melbourne, but it’s a festival I still plan on going to someday.

Things I didn’t do but would’ve liked to:

Byron Bay is one of those magical places where you can actually swim/kayak with dolphins and snorkel with turtles! There were a few different kayaking tours lining the beach as I walked around and they all sounded amazing. If I had budgeted more for this trip, I would’ve partaken, but hey, there’s always Hawaii! Apparently there’s around 1,500 “resident” dolphins in the Byron Bay area, meaning about a 90% chance you’ll have contact with a dolphin while you’re out at sea.

If you’re in Byron from May to November, you can even kayak with whales, which would have to be one of the coolest experiences. 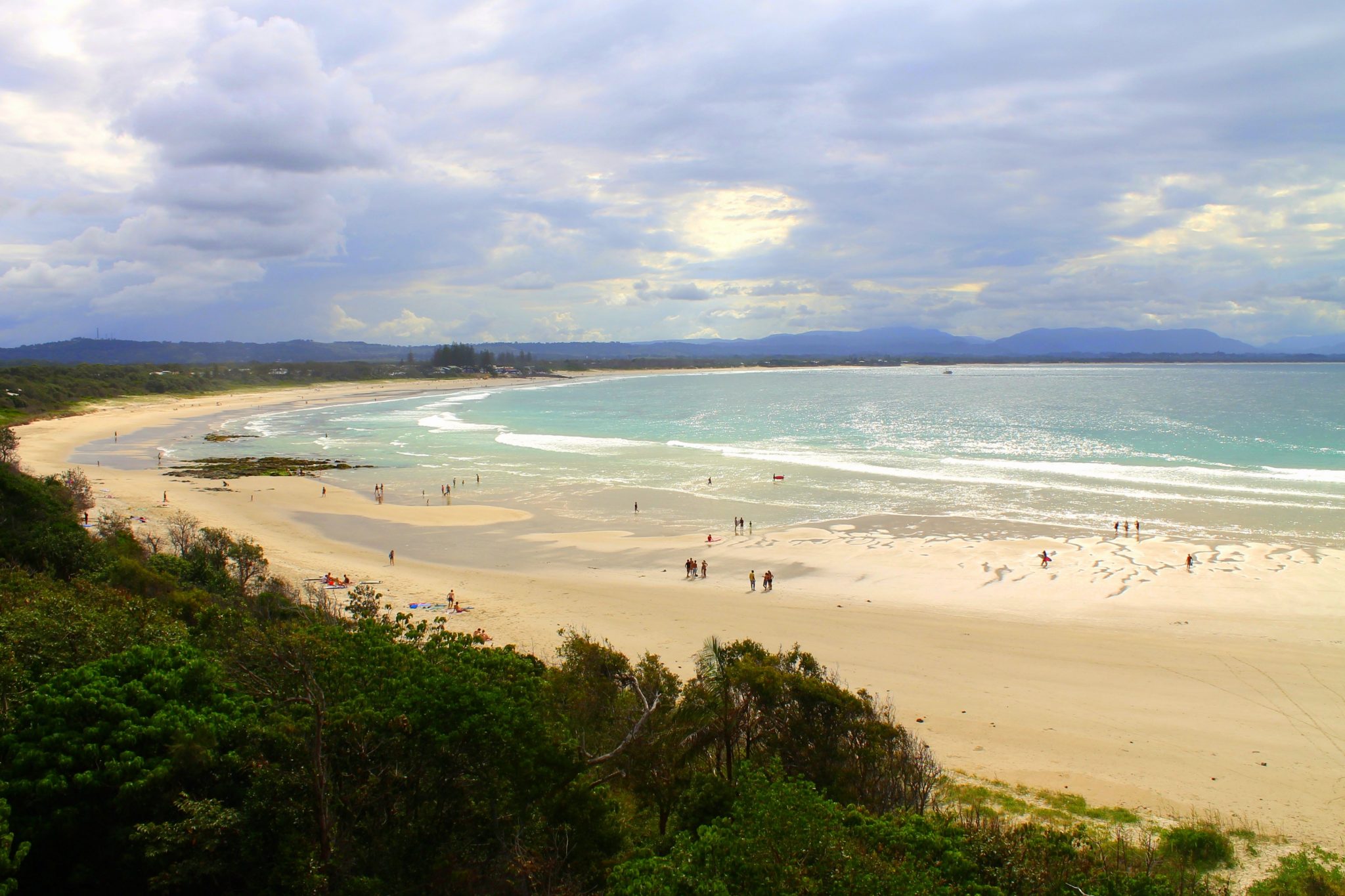 Take a Bus to Nimbin

Nimbin is the stoner hangout of Australia. You’re offered drugs as soon as you step off the bus and people openly smoke weed in public. I was tempted to check it out as it sounded like a hilarious alternative society, but short on days, I decided on slightly more productive activities like laying on the beach. Also, being a local of Santa Cruz, which is known for having stoners galore, Nimbin wasn’t incredibly enticing compared to lounging in my hammock.

Learn How to Surf

Byron Bay is one of the best places to learn how to surf in Australia. There are countless surf lessons to be had with the nice weather and naturally good waves that find themselves to Byron’s shores. 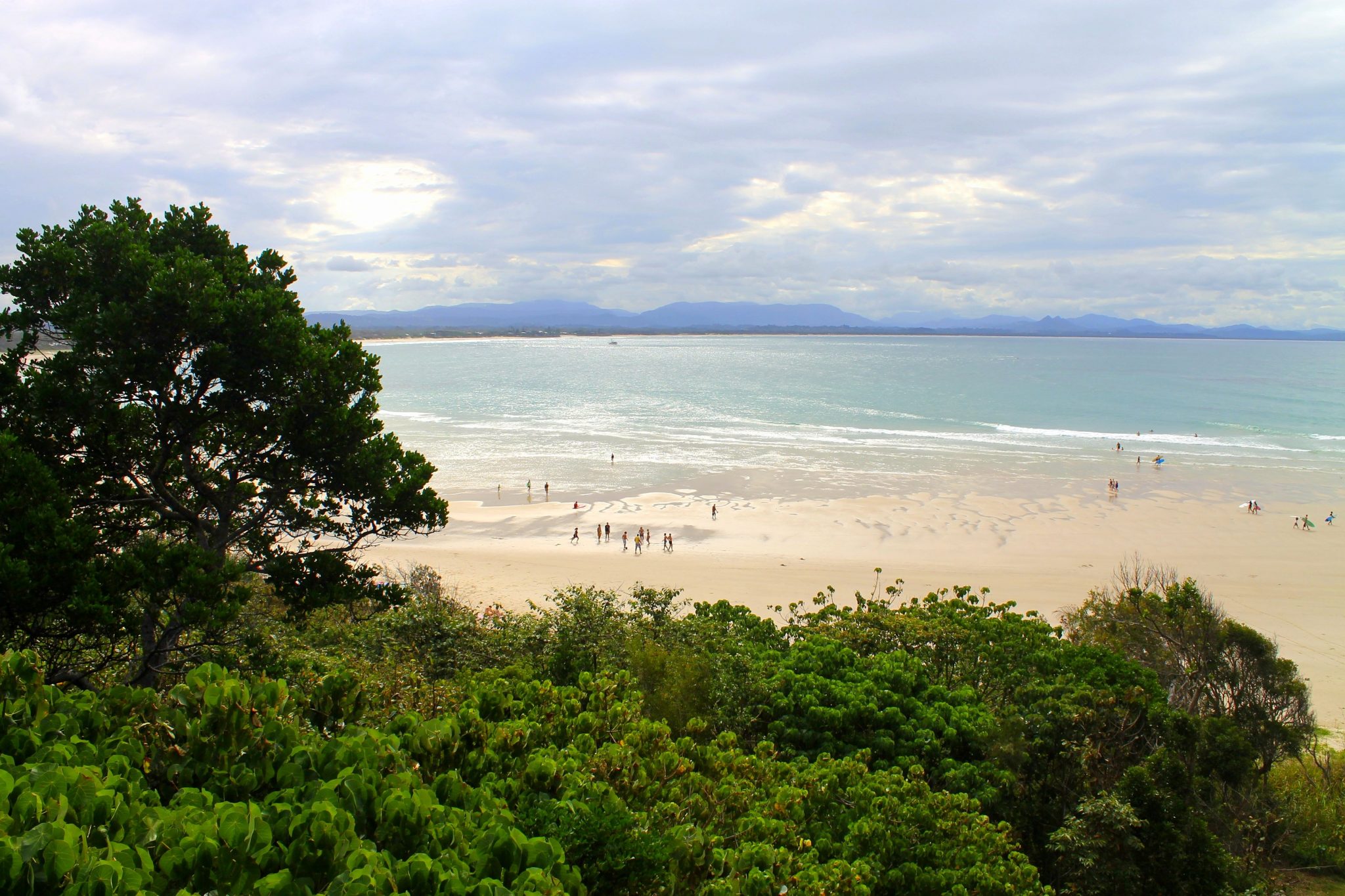 I’m one of those walking oxymorons: a California girl who has lived her whole life within walking distance to the beach and has never learned how to surf. I talked a little about my anxieties with the deep blue sea in my post about getting my scuba diving certification.

I would’ve been willing to finally tackle my fear of the ocean, but again, I didn’t quite budget enough for pricey extras on my trip, and I was saving for the big bucket list item up the coast, scuba diving in The Great Barrier Reef. Alas, just another experience I’ll add to my list of what to do once I get to Hawaii.

Byron Bay was my first stop traveling up the coast of Australia, and it was the ideal place to transition from city life to the life of a backpacker once again. I can see why so many travelers get stuck in Byron and never leave again.

Related: Another Side of New South Wales: Terrigal & Newcastle

Have you ever been to Byron Bay? Any other recommendations for what to do around the area?

Looking for more unique things to do in the area? Check out this guide to chasing waterfalls near Byron Bay!