The Best Things to do in Gisborne for a Romantic Getaway 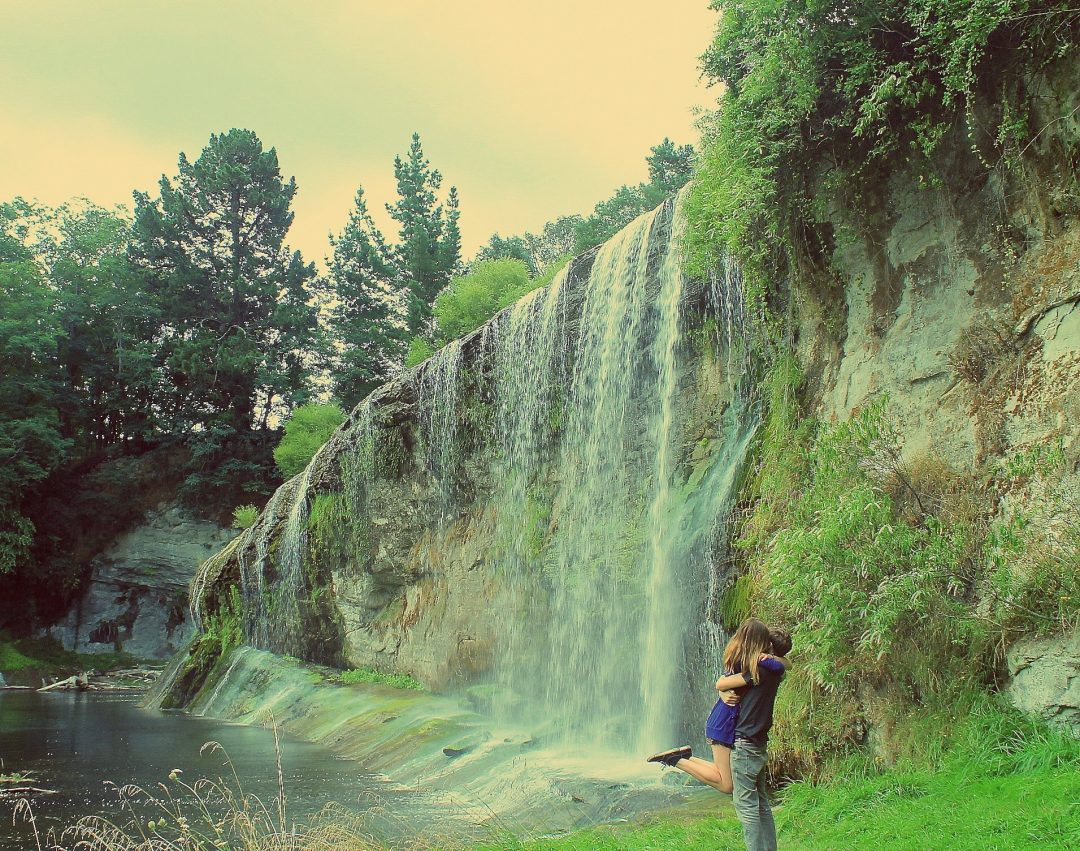 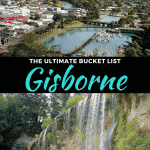 The best things to do in Gisborne for a romantic getaway on the North Island of New Zealand!

I’ve never been big on the whole Valentine’s Day mania. There’s an unnecessary amount of pressure put on couples to one up each other with gestures that show just how much they care for each other, while more often than not undermining the day in the process.

There’s also the fact that a “romantic” holiday is actually named after a martyr in the 5th Century AD, but that’s another story all together.

With past dismal Valentine’s Days aside – and a few good ones thrown in – without the need for gifts, I’ve grown to think of it as a day to simply focus on appreciating someone whom you care for in your own little way, whether that’s with your best girlfriend watching rom coms or spending time with the beau. Of course, it’s just a reminder that you should focus a little part of every day on making someone feel special.

Back in February, I hadn’t had a special Valentine’s Day in what seemed like forever. I wanted to celebrate a weekend away with my boyfriend to cherish a relationship that makes me happy. So, I invited him to take a road trip with me to the East Coast of the North Island to explore all the things do in Gisborne. I knew a couple of people from Gisborne, including one of my housemates, and everything they told me made me want to explore it for myself. I didn’t know exactly what I’d find there, if anything, I was just hoping for a new place to go adventuring.

Even with my lack of expectations, I was impressed with how perfect the city was for a romantic getaway and the amount of things to do in Gisborne. Gisborne is full of history, a cute downtown, and glamorous lookouts. It was the perfect recipe to get lost.

Going back to when Gisborne was first put on the map and what the city is famous for, in 1769 the British captain, James Cook, landed in Gisborne.

Captain Cook is the man who first discovered New Zealand, or I should say the first European explorer to discover New Zealand. The Maori had already been in the country for many years, after all. There’s a famous statue called Young Nick’s Head on the picturesque headland at the southern opening of Poverty Bay. The statue represents that first voyage to New Zealand, and the young cabin boy Nicholas Young who first saw a piece of Gisborne in the distance. If you’re more into the historical side of Gisborne, there’s the leisurely Tairawhiti Heritage Trail that leads you through city and harbor and gives you an additional idea of Maori ancestry in the region.

If you’re looking for beautiful scenery, well, it’s New Zealand so you don’t have to look too far. The spots that stood out to me in Gisborne were the Titirangi Domain and the Rere Waterfall. The Titirangi Domain is a huge parkland area that gives you awesome views over Poverty Bay and back down to the city. Seriously, it was rainy, cold and windy while we were there, and the views were still stunning enough to put me in a good mood. The Rere Waterfall may have been my favorite spot of the whole weekend, just 50km outside the city of Gisborne, or about a 30 minute drive that’s beautiful in itself.

The waterfalls are only 5 meters high, but when you stand underneath them you can’t help feeling a little lighter and in awe. The surroundings only add to the effect, it’s a picturesque place to picnic or even just drive by. Nearby is the Rere Rockslide, popular with locals, you basically take any kind of makeshift board – there have been anything from boogey boards and inner tubes to full on air mattresses – and cruise down a steep incline into the pool below. It’s a 60 meter natural slip and slide that gets your heart pumping real quick.

Related: 7 Things to do in Rotorua Back in town, I fell in love with the adorable downtown area. Abundant with cafes, boutiques and an old double story used bookstore called Muirs Bookshop, it was my kind of place from first glance.

Our favorite cafe by far had to be Verve Cafe & Bar on Gladstone Road, the main drag in town. With the combination of a colorful ambiance, deliciously sweet breakfasts, and properly done bagels (oh how I missed you!), we ended up going here two different mornings to start our day off right in Gisborne. For dinner one night, we tried a cuisine we don’t have often: Turkish. Sato Restaurant was a classy and romantic place to eat with affordable prices. I devoured my tasty mushroom guvec, but my boyfriend was less than impressed with his roasted chicken brochette (shish), so it does depend on what you order.

Related: A Land of Hobbits: Where to Indulge in the Lord of the Rings Even though a chain, Lone Star is the place to go if you’re a meat eater, and in Gisborne it’s right on the harbor so the view is there as well. I’m not a fan of lamb usually, but this restaurant represented the Kiwi specialty phenomenally. The North Island in general, compared to the South Island, has a much richer Maori history and culture. Gisborne especially is a great place to learn about the Maori and understand a bit more of their background.

We stumbled across the Tairawhiti Museum when we were coming back from the domain and found it a good place to start, as well as one of the more interesting things to do in Gisborne. The museum looks much smaller on the outside, but its huge once you actually start exploring inside, you could easily spend a whole day there. There’s a lot of chronological Maori history to read about, as well as artwork from local artists, and a big section for the maritime history in Gisborne. My favorite part of the museum was the Bob Marley exhibit. Reggae is huge in New Zealand, and in Gisborne the Bob love and Rastafari culture is even more evident. Marley only played once in New Zealand in his lifetime, but the Maori love his teachings and music. Many found common ground with the Rastafari movement and the fight for equal rights during an oppressive existence with white New Zealanders. Bob Marley, and reggae as a whole, became huge in New Zealand in the 1970s. Gisborne is not only a scenic place but a place of various cultures and history, of good coffee and used books, of mouth watering breakfasts and expansive vistas. Although it was overcast and rainy during the weekend we were there, Gisborne is considered one of the sunniest places in New Zealand. If you’re looking for a place to take someone, or even just a place to explore on your own, Gisborne is an awesome little hideaway on the far East Coast of the North Island.

Why Auckland Surprised Me

The Best Things to do in Coromandel: The Ultimate Road Trip 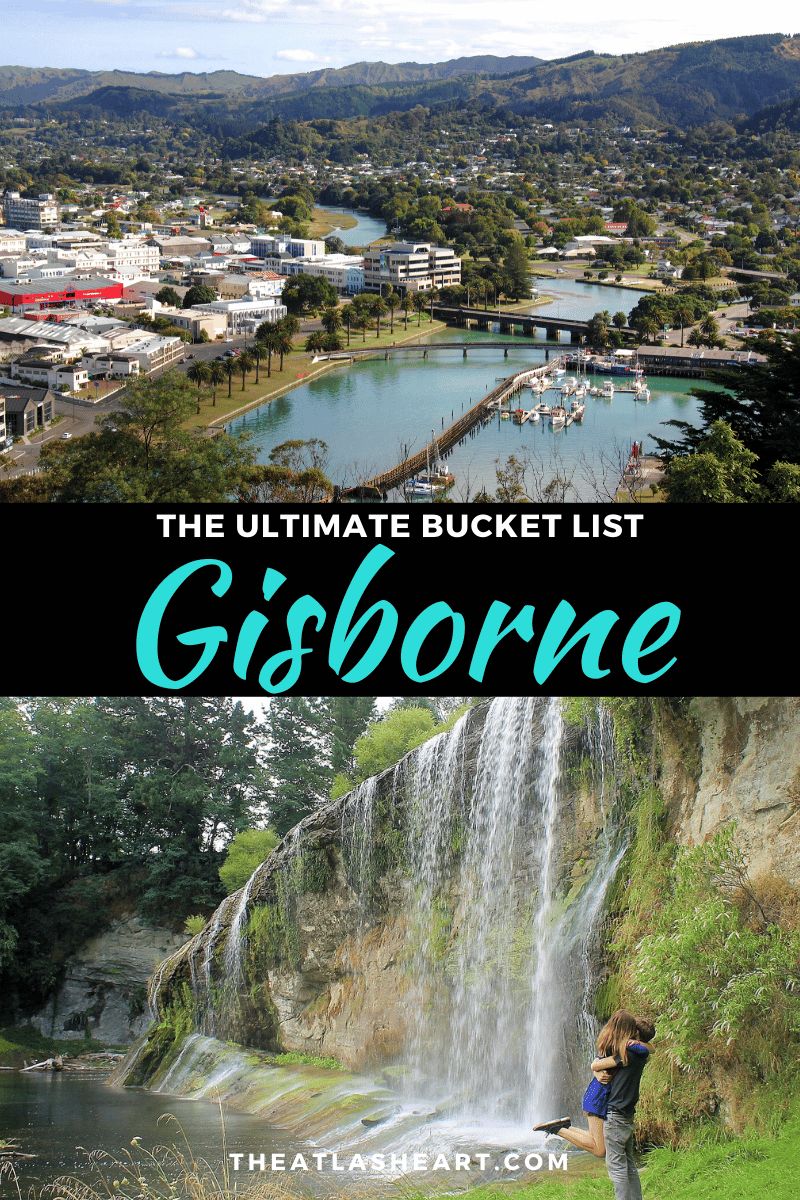