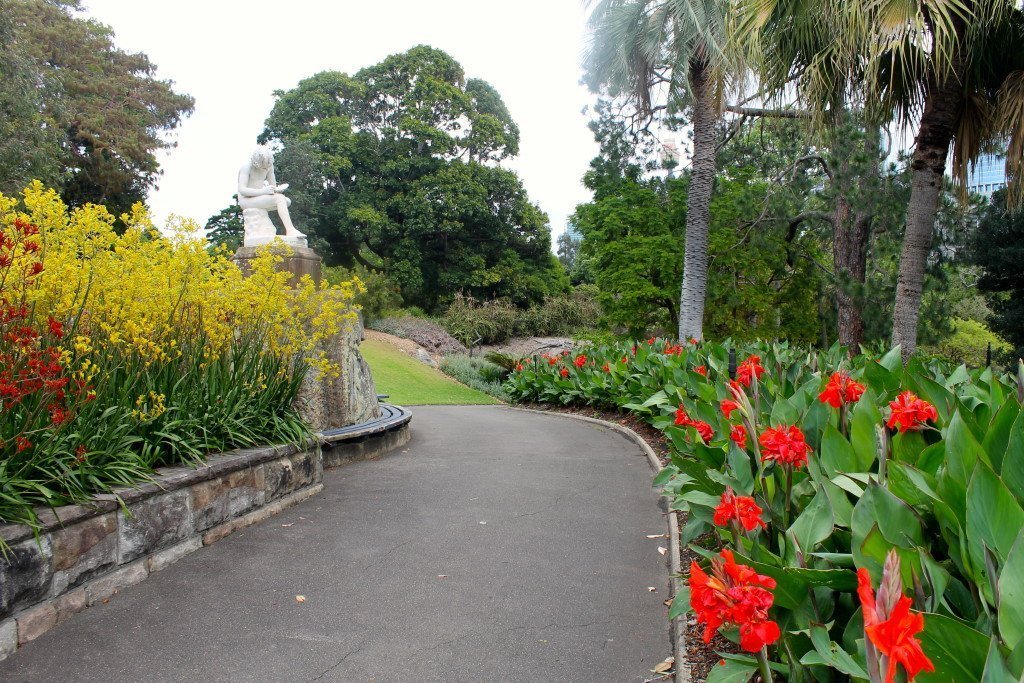 This is going to be one of those brutally honest posts that I needed to write, not just because writing is therapeutic for me, but also because I think it’s important to document the good and bad sides of moving abroad, especially when you make that leap by yourself.

People never hesitate to tell me how lucky I am that I get to live abroad and travel so much at such a young age, how jealous they are that I was able to just get up and go do exactly what I wanted. And I’m not saying I don’t consider myself incredibly lucky that I was born in as rich of a country as America, and into a middle class family that supported me and allowed me to go to college, and grow into the person I became today, that all this good fortune led me to have the confidence to move abroad on my own. However, moving abroad is not just the bumming around, laying on the beach all day in Australia that most of my friends seem to imagine my life over here to be. 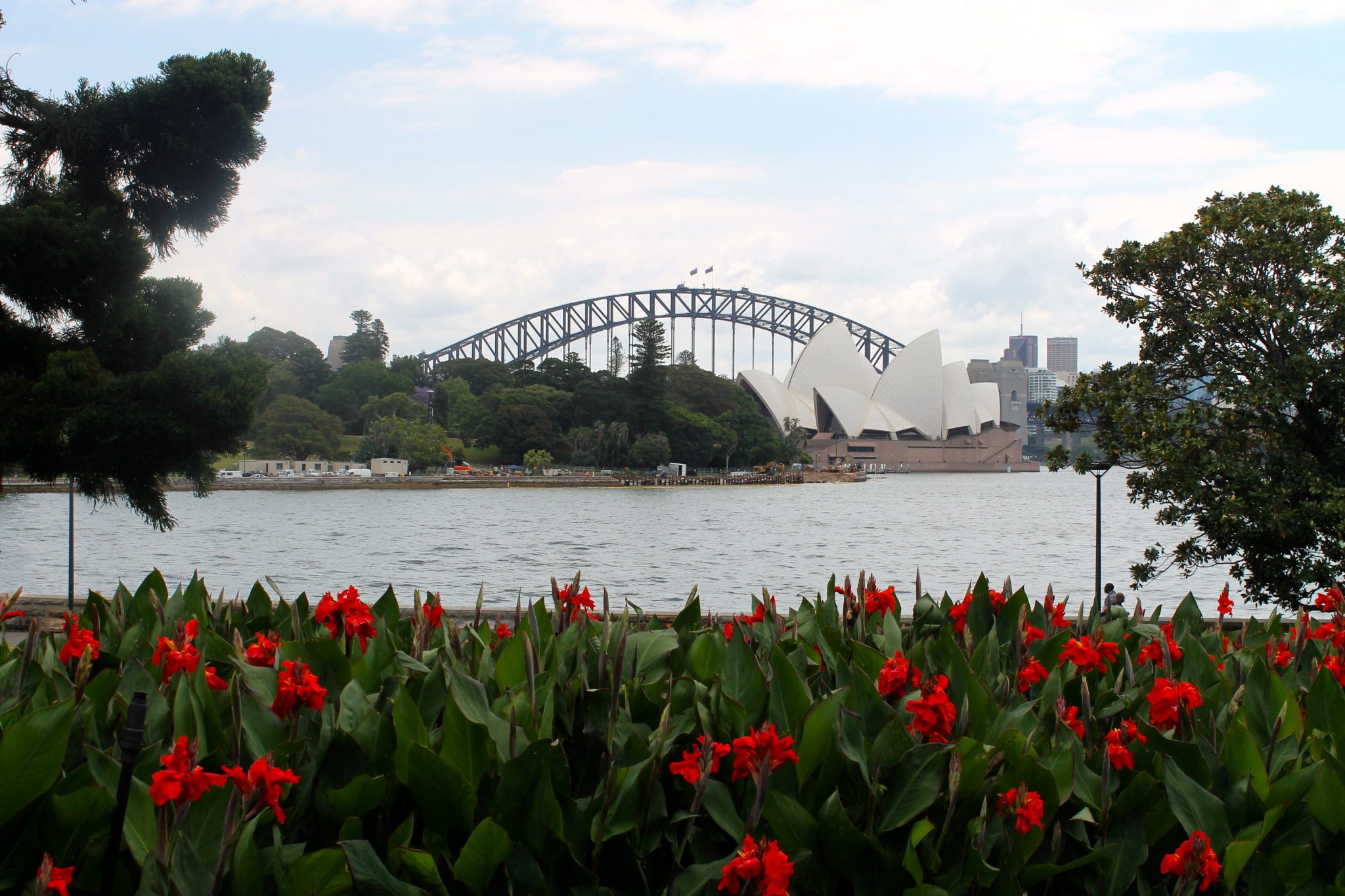 Some days are ridiculously hard, some days I just want to curl up into a little ball and go back to before I stepped on that plane to Melbourne, some days are overwhelming…I find it hard to catch my breath some days, especially in the last week settling into Sydney. Moving abroad alone is still one of the best things I could’ve done for myself and my character, because if anything, this year has been one of the best learning experiences of my life. I’ve had some unbelievable good times, and new adventures, and I’ve met so many new people that have opened up my perspective and my own goals in life.

Sydney has been a harder move than I thought it would be, and I knew from the get-go it wouldn’t be easy. Perhaps it has to do with how long it has been since a reunion with my one true passion, music & guitar. Perhaps, it’s due to my current living situation in a hostel dorm with three guys. My bunkmate, an Irishman, snores so loudly it shakes the bed, and tends to wake me up at 4 in the morning drunk and acting creepy. Regardless, I am still incredibly thankful I found a job right off the bat, or I would be in dire straits right now, but sometimes I wonder why I’m doing this to myself when I could fly home to San Diego tomorrow and call the last 6 months a good run. 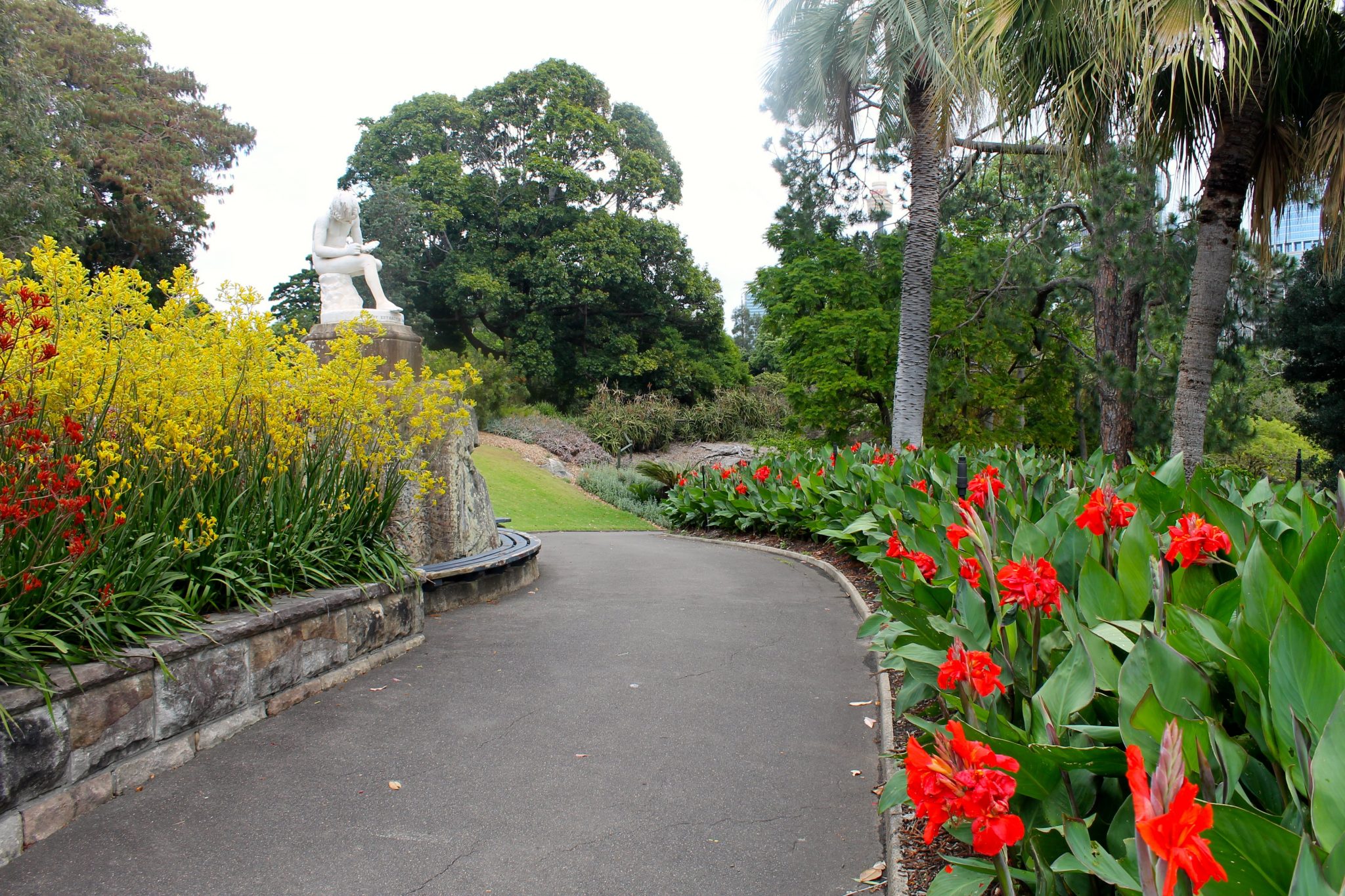 But then some little bit of serendipity reminds me of why I’m here, a chance encounter with a friendly stranger just when you need it, the best latte you could never find back in the States, being a boss at your job as a bartender, and finally being an expert in Australian beer. I know what I came here to accomplish isn’t finished yet, and I’m not quite ready to say goodbye because I’m as stubborn as they come, and I know I have more good times, perhaps even the best of times, ahead of me in Oz.

I’m officially a little over my halfway mark of my time abroad, and even though I’ve said before I don’t get homesick, more and more these days, and especially on days like today, I just imagine being home with a burrito in hand, watching the waves from my favorite spot on the beach in California, having lunch with my mom and sister at our favorite restaurant, or chatting over a beer with my best friends and old roommates in San Diego. 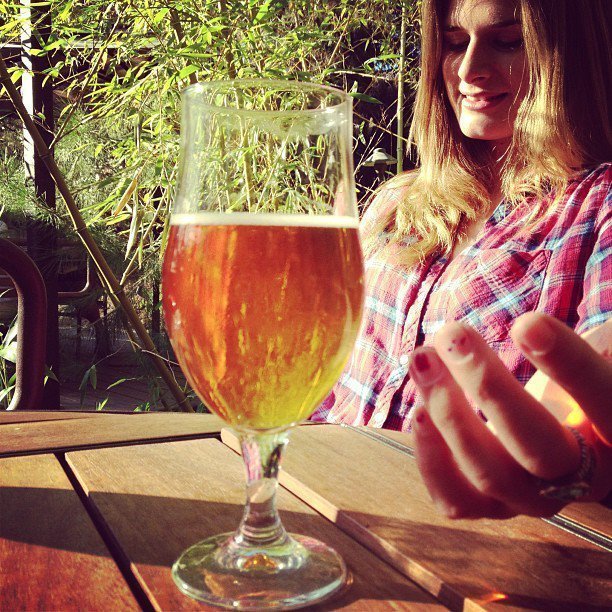 The hardest part of my time abroad so far isn’t the uncertainty of my finances, or my housing situation, or diving into a new culture, it’s the relationships with the people I’ve met – romantic, friendship, and work related. I can’t remember a time in the last 6 months where I’ve felt that I 100% belong here, and honestly, why should I? Although Australian culture is similar to American, it’s still nowhere near my upbringing and it’s a country multiple time zones and thousands of miles away from my own.

What I’ve found to be the most disappointing part of moving abroad is that when people learn you’re only going to be here for a year, they a lot of times use it as a reason to treat you as disposable. This was especially evident with a couple of my jobs back in Melbourne that I lost without warning, one a few weeks before I left for Asia and which I was counting on for income. However, if you’re a casual worker in Australia, it’s just business and you’re not supposed to take it personally. 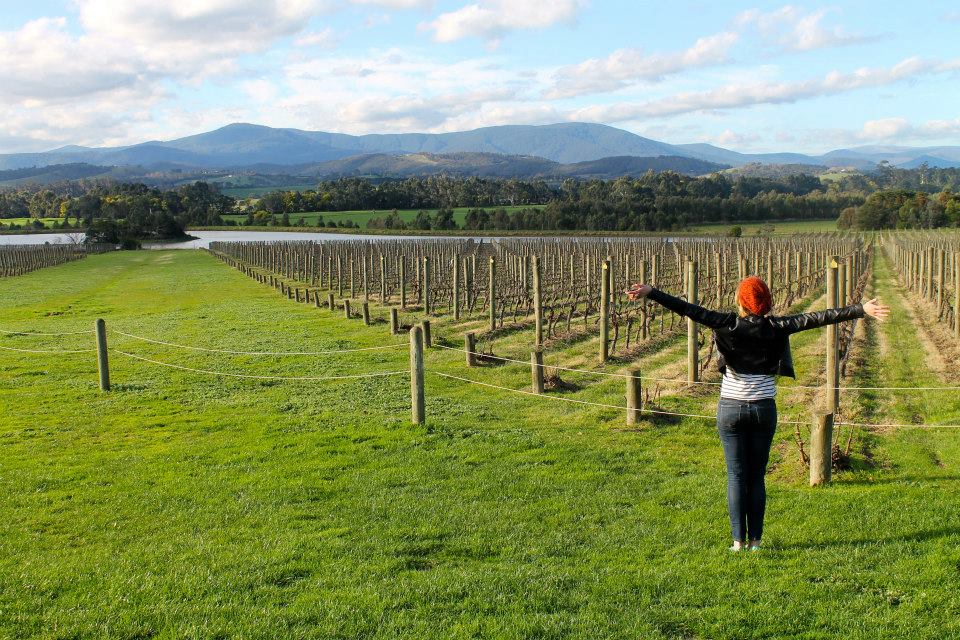 In terms of friendships, I’ve made some great friends in Melbourne that I look back on fondly, and I still stay in contact with a lot of these people. But again, right before I left for Asia, one of my best guy friends since I first arrived in Melbourne turned into someone I didn’t recognize anymore, and became someone I no longer have contact with.

I’ve realized that on-the-road romances are the worst in terms of feeling like you don’t belong somewhere, because they all inevitably end unless you’re destined to be part of  a cliché romantic comedy, which doesn’t actually pan out in reality. I’ve never been good at casual relationships, I had enough of them in college and I vowed to never go back to that after I graduated, but when you’re abroad, mostly you’re seen as unavailable for anything more than casual because your time isn’t permanent. 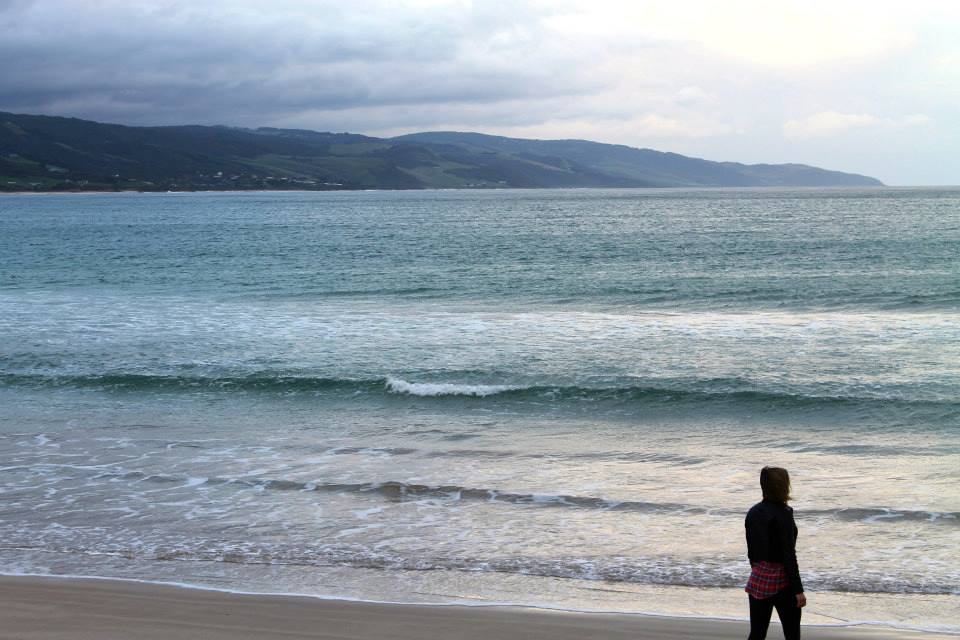 I originally was planning on having this year be my year of singledom, and to only focus on being alone and enjoying my time in Australia. After getting out of a longterm relationship back home it seemed like a reasonable and sensible plan. Of course that idea is harder to put into practice when you’re on the road constantly meeting new and intriguing people, it’s hard not to find romantic connections along the way.

The last decade has shaped a lot of how I live my life today, especially when it comes to  my relationships with people. After losing a grandfather and two separate friends unexpectedly at different times in college, I’ve accepted that nothing in life is permanent. In my mind, it’s best to enjoy the present, and appreciate what you have, instead of waiting on a nonexistent someday. I feel like so many people are waiting for their “real life” to begin, once they graduate, or get married, or they get that big promotion at work, but don’t truly appreciate just being happy in the moment.

But then again, I also understand why that’s not practical for a lot of people, and more often than not, they want solid proof that you’re still going to be there when the day is done. 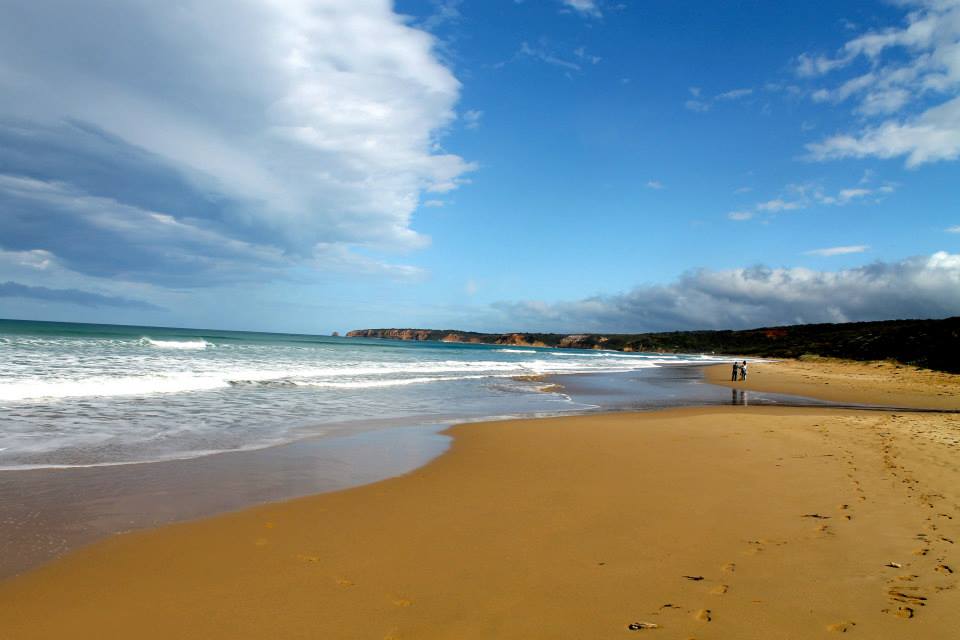 After I was feeling a bit run down over a romance in Melbourne that inevitably ended after lasting longer than I thought it would, my roommate comforted me by saying, “you’re doing a lot better at life than you think you are”.  Those are some of the best words someone can say to you, and I’d like to believe that’s true.

Everyone is dealing with their own battle every day, but we’re also our own worst enemy. In reality, when you gain some perspective, you tend to realize you’re doing much better than you think you are. I for one, know I’m incredibly hard on myself sometimes when there’s no need to be. And to be fair, I’ve only been in Sydney for a little over a week, so it’s no wonder I still feel a bit out of place. 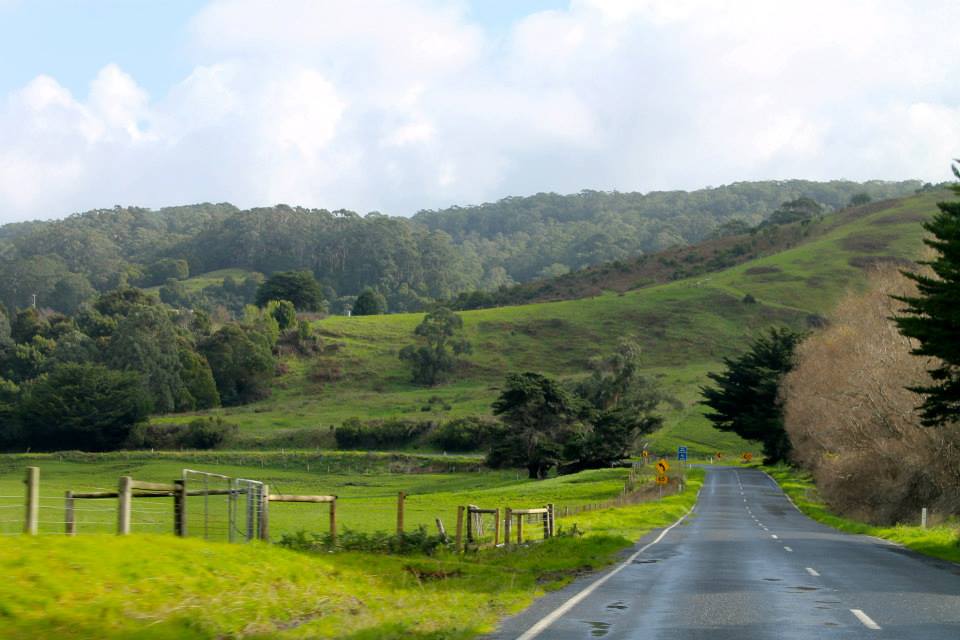 When I moved to Australia, yes it was because I wanted adventure and to try something new, but I think it was also a way to escape from everything I felt wasn’t quite right with my life back home: my relationship, my nonexistent career, and the lack of a clear path of what I wanted to do with my life. What I’ve learned in the last 6 months is that you’re going to find shitty guys, horrible bosses, disillusionment, and still not a clue to what your future entails with your life abroad as well. Lucky you, you can find these things everywhere!

Sadly, there’s no magic place where all the bad aspects of life go away, but, of course, there can’t be the good without the bad as comparison. That’s what makes life so complex and interesting, the hurdles you come across, make your best days just that much sweeter. There is no such thing as a new beginning. Even when you start over in a new place, you’re still going to be you, you’re still going to have the same baggage that has made you into the person you are today, there is no escaping who you are to your core. I’m finally understanding who I am as a person, and what I want out of my life now, and even that alone has made my time in Australia worth it. 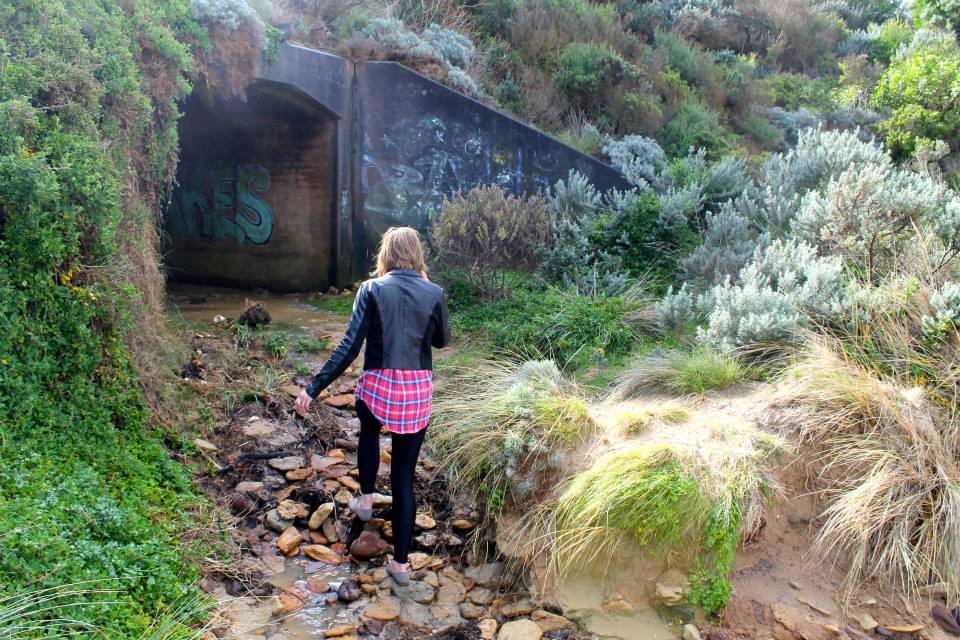 Before I left for Asia, I was telling everyone that I was going to try and find sponsorship in Australia to stay for at least another year, or possibly go over to New Zealand to live a year over there. I’m not saying those still aren’t possibilities, but at least today, I feel like I’ll be ready to come home after my year abroad is done. And I think I’ll finally be okay with that when the time comes. Until then, I have summer, music festivals, new friends, finding beautiful places to get lost, good beer, and travel lined up for the next 6 months in Australia, and I’m not backing down now.

As my roommate in San Diego used to say:

When life is rough, just remember, it could be worse… 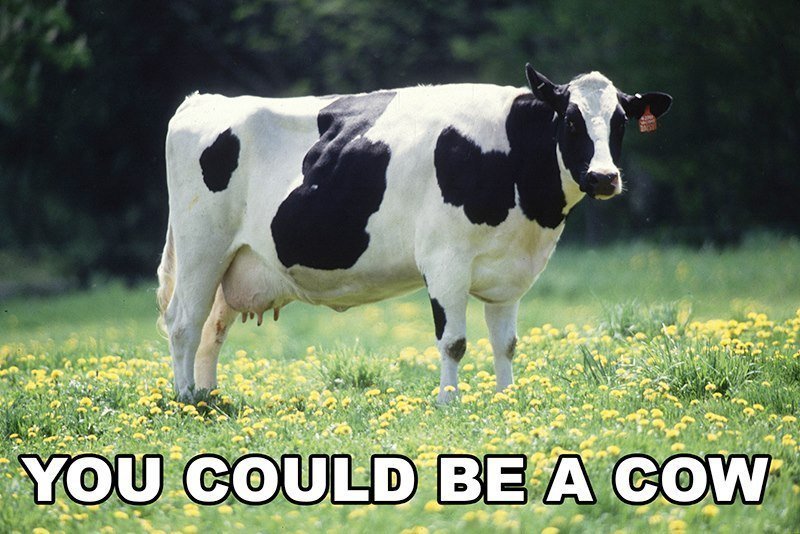