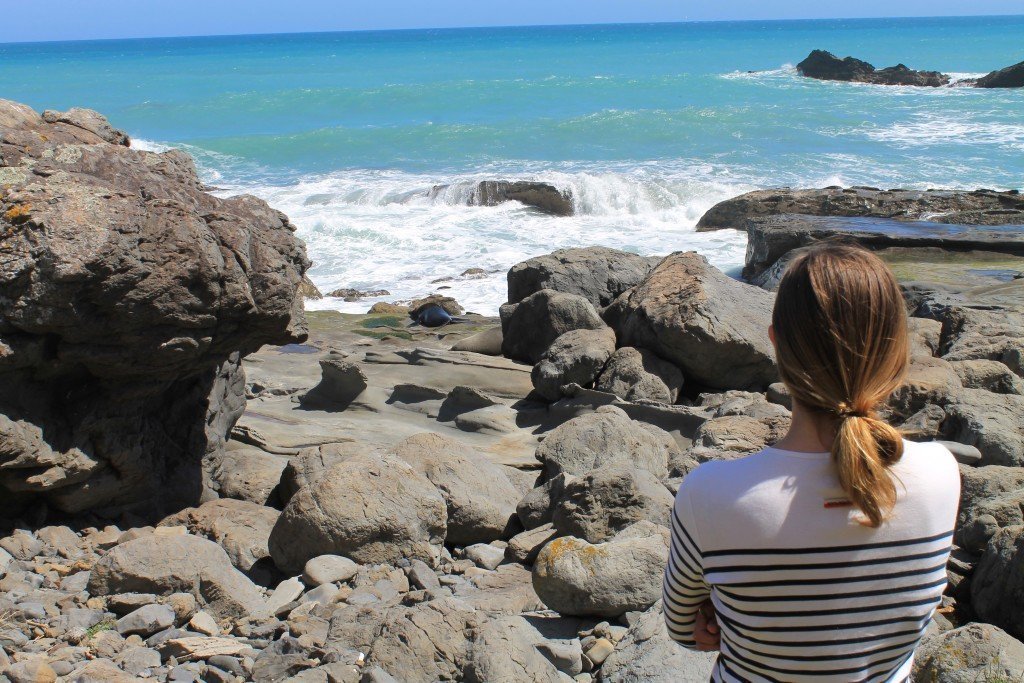 When I first left home, I wrote this post the day I left San Diego. When I left San Diego on a train taking me to LA, which would be my departure city from the States, I remember watching the sun fade under the canopy of palm trees, and feeling like I knew, at least I was 95% sure, that I was doing what was right and leading myself to where I was meant to be. I feel that way again now, but in the opposite direction. I have an underlying notion, a hunch I can’t shake, that my life is meant to be at home right now.

In a month, I’ll be walking on a plane that will take me back to the US. I’ve never felt the ache of homesickness as much as I have since I’ve been in New Zealand. There are little reminders, a quote, a picture, little things that come back to me and remind me of a specific memory of home, and I get an ache like I’ve never felt before.

An ache that something is truly missing.

I never thought I was someone who got homesick, but then again, I had never been abroad for (almost) two solid years before, with nothing so much as a visit. I consider myself incredibly fortunate that my life has lead me to where I find myself today, and that I’ve had the tenacity to keep myself financially afloat while traveling the world.

But, without a doubt, it’s time for me to see home, at least for a little while. It was not an easy feat to leave San Diego behind, and I can’t tell you how excited I am to see it again very soon. The taquerias with the best Mexican food I’ve tried in my life, the sandy beaches that are perfect at anytime of the day, but especially at night when you can look up and see all of the constellations lit up in the sky.

The microbreweries, my college friends, sorority sisters, and Taco Tuesdays, even La Jolla, the slightly snobby suburb of San Diego where I went to school, I spent 5 years of my life there and it still holds a lot of fond memories. North Park, with one of the best live music venues and hip bars filled with whiskey, mustaches, and black and white movies. A suburb brimming with art, or at the very least, a unique take on society.

Even with all this love for San Diego, I think it would be hard to move straight back to the last place I left, so I’ve decided to try out a new city. You can bet I’ll be spending my brief time in San Diego to the fullest, and seeing it in a new light I never appreciated when I actually lived there. Instead, I’ll be going into unknown territory, probably Portland, Oregon, and bringing my Kiwi boyfriend with me who has never seen the West Coast before.

I’ve never lived with a boyfriend before now, let alone moved across the world with one, so it’ll be an interesting next year, but one that is sure to be heaps of fun.

He has been planning on coming to North America to explore the craft beer in the US for over a year now, it was actually one of the first things we bonded over when we were still just friends, and now that we’re a couple we’ve decided to plan our trip together, it worked out quite serendipitously. There’s also the case of visas and everything that comes with a multicultural relationship, but his dual Canadian citizenship should hopefully help a bit, we won’t know until we actually get to the States.

It may still be up in the air, but we’re just happy to be able to travel with each other, and hopefully he’ll find a sponsored job in a brewery once we arrive in Portland.

With that said, being able to show someone I love where I come from, where I grew up and went to school, my family and friends, it’s a profound feeling of joy, an experience that I’m greatly looking forward to. With the unknown bits and bobs that make life interesting, I sometimes feel that I’m more excited than I should be to be coming home. I have had a lot of time to build it up, after all.

Maybe after spending two years of life abroad, I’ve realized how much I appreciate and love where I’m from in sunny laid-back California, but perhaps I’ve been away long enough to sugarcoat it as well. I guess I won’t really know until I’m physically back home. Most people dread the thought of having to go home after an extended time abroad, but I guess the difference is that I’m choosing to.

Just imagining seeing the look on my mom’s face when we see each other again, walking the dogs and playing guitar with my dad, going out for Thai food with my stepmom, drinking a beer with my brother, and laughing at another inside joke with my sister while devouring delicious Mexican food. I can’t help but get the feels. I guess those thoughts make me think I’m not building it up in the least, that it’ll be just as good as I think it’ll be, as comforting as a steaming plate of mom’s homemade enchiladas.

The reason for this post is to emphasize how important home is to me, and how honored I feel to be able to write about it for you readers as it’s something clearly very dear to my heart. Regardless if you’ve never wanted to visit the States, I hope my writings about Hawaii, California, Oregon, and American culture in general will touch you in some way that’ll make you keep coming back.

I’ll be back to the Northern Hemisphere in a month’s time, full of new adventures, plans, and experiences. You can bet I have a lot of further travels planned along the way to keep things interesting.