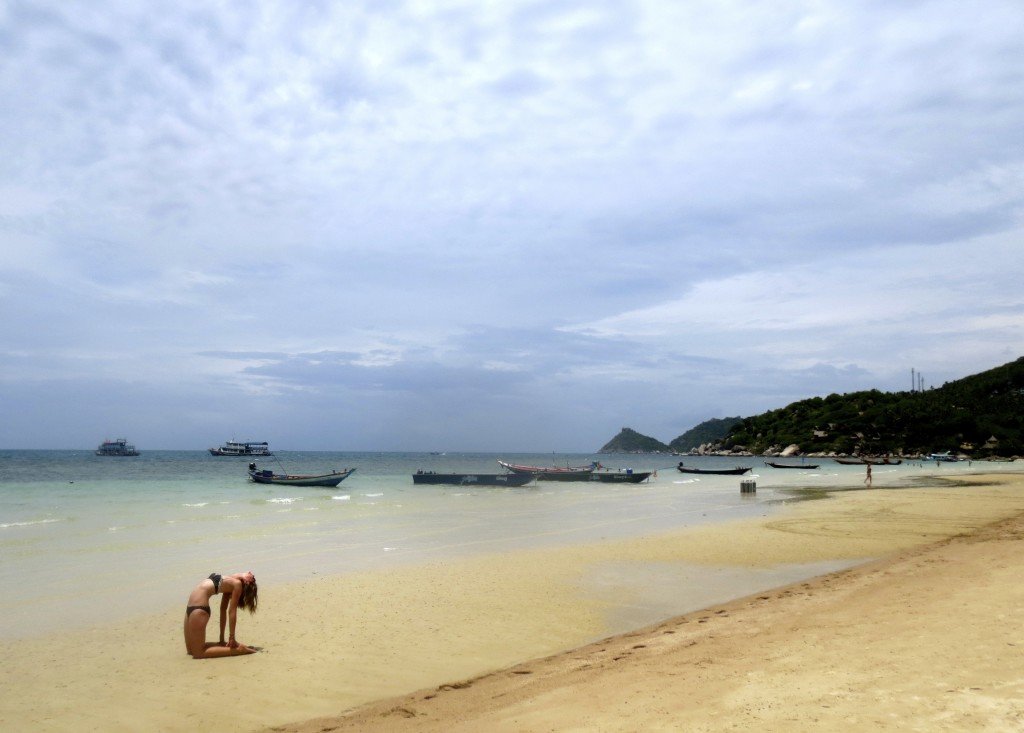 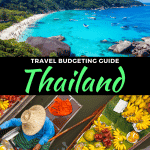 Thailand was full of surprises, one of the biggest being that it wasn’t my favorite country of my trip as I thought it would be. In fact, it was one of the places I enjoyed the least in my travels through Asia. I owe this to not having enough time to see the “real” Thailand, and only spending time in the more tourist-centered areas of Bangkok and the Southern Thai islands. Don’t get me wrong, it was a gorgeous place full of beautiful sandy beaches, delicious food, and an intricate culture, but if there’s anything I’ve learned from this year, it’s that you cannot force yourself to love a place just because you think you should. 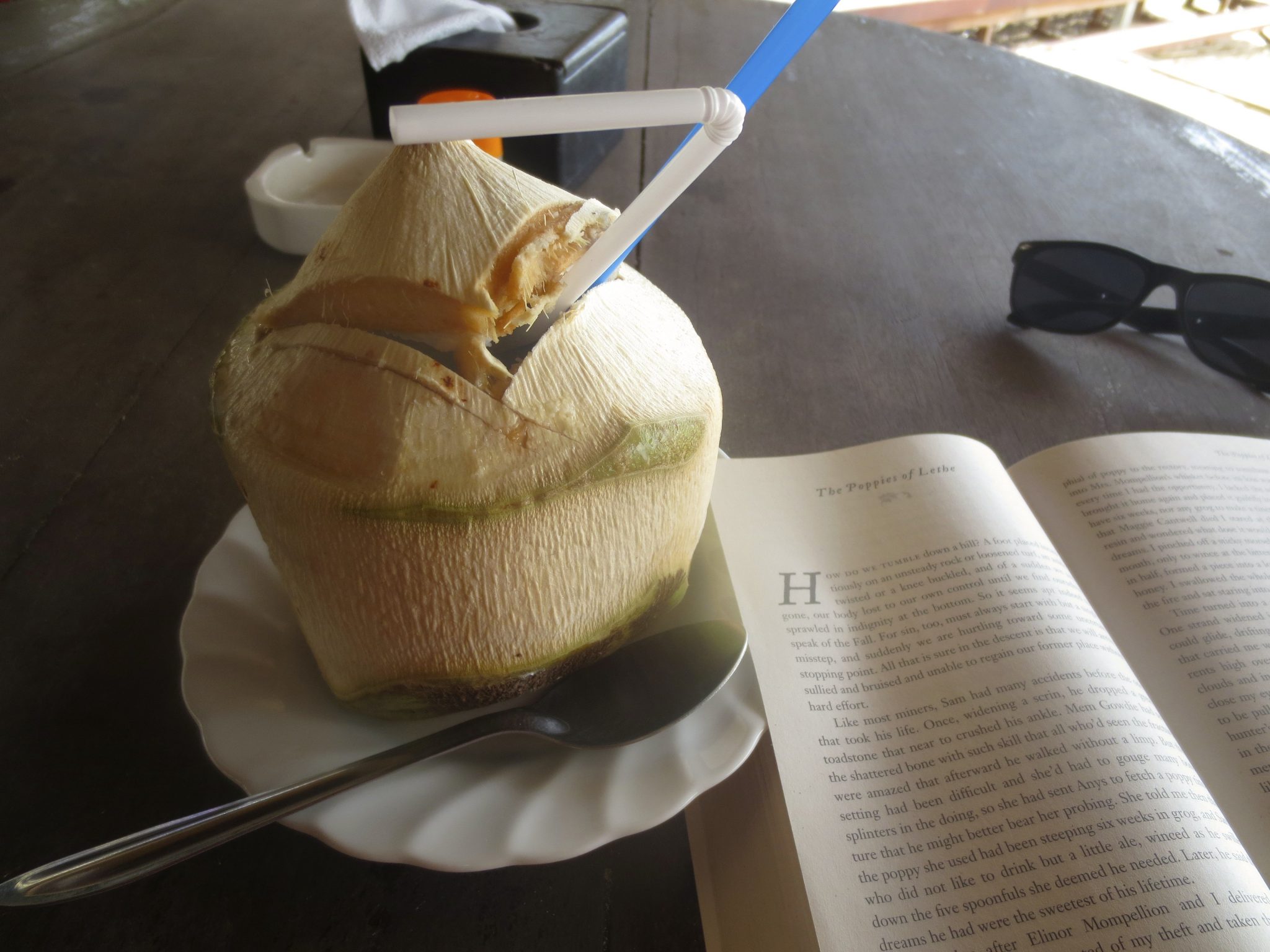 Again, probably due to the places we traveled, but I felt time and time again that we were met with a deep rooted hostility and unfriendliness towards travelers, which I think surprised me the most. I still want to go back for a longer period someday and give Thailand another chance, because there are so many places I would like to see within the country. However, from the amount of scams we found in Bangkok to having my money stolen on an overnight bus to the islands, I did not have the best of luck in Thailand. 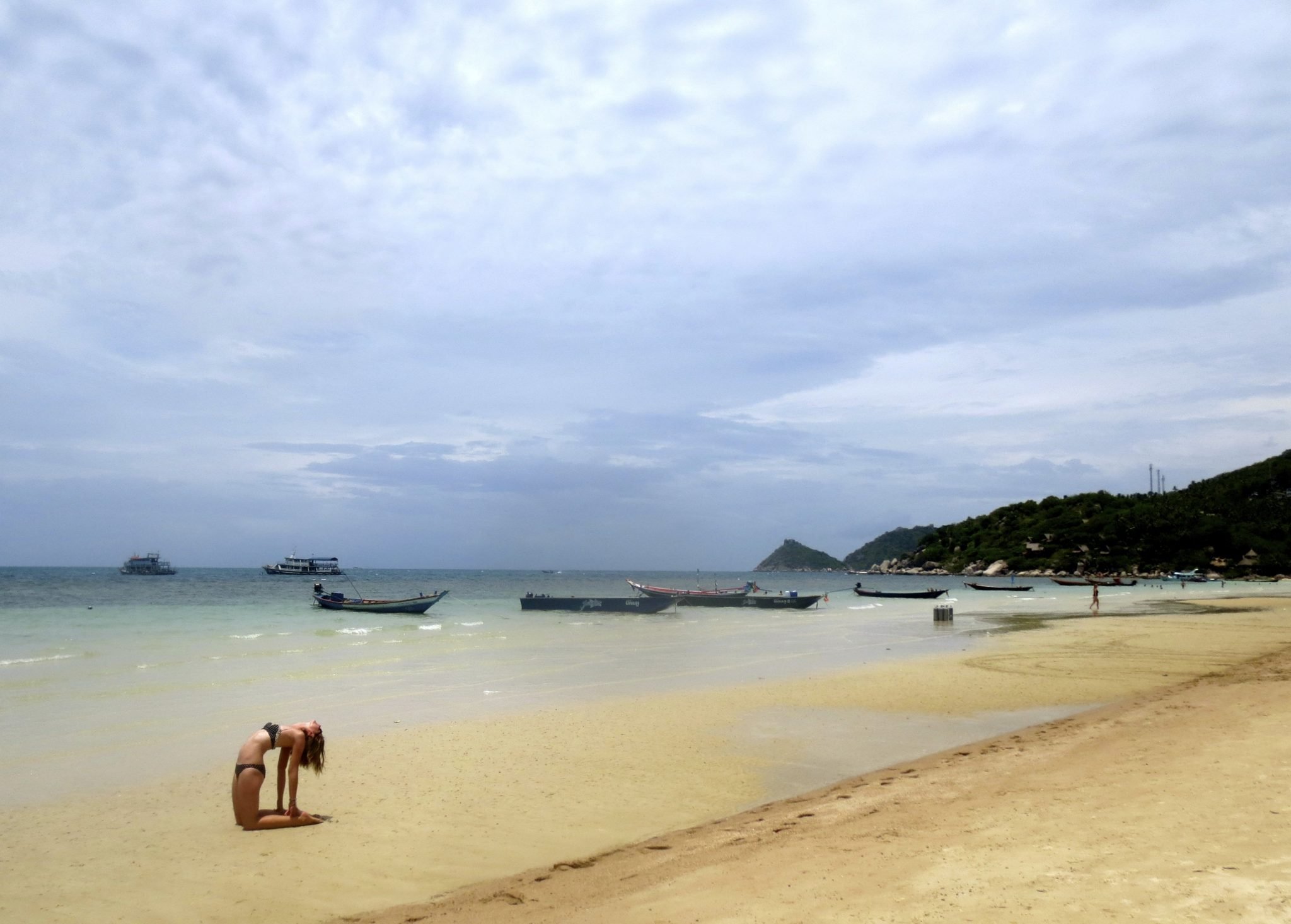 Note: All prices are in US dollars, and I rounded when necessary to keep things nice and easy.

The currency in Thailand is the Thai baht, and the conversion rate comes to about $1US = 33 baht

We met an American woman on the bus ride to Bangkok from Siem Reap who was doing the Peace Core in the Phillipines, so we ended up all splitting a room between the three of us at a place called Mom Guesthouse since she was traveling by herself. Although cheap for Bangkok, I don’t think I would ever stay there again. It was right off Khao San Road, and you could literally feel the bass beats from the bar across the road vibrating your bed all night. Earplugs were of no use. 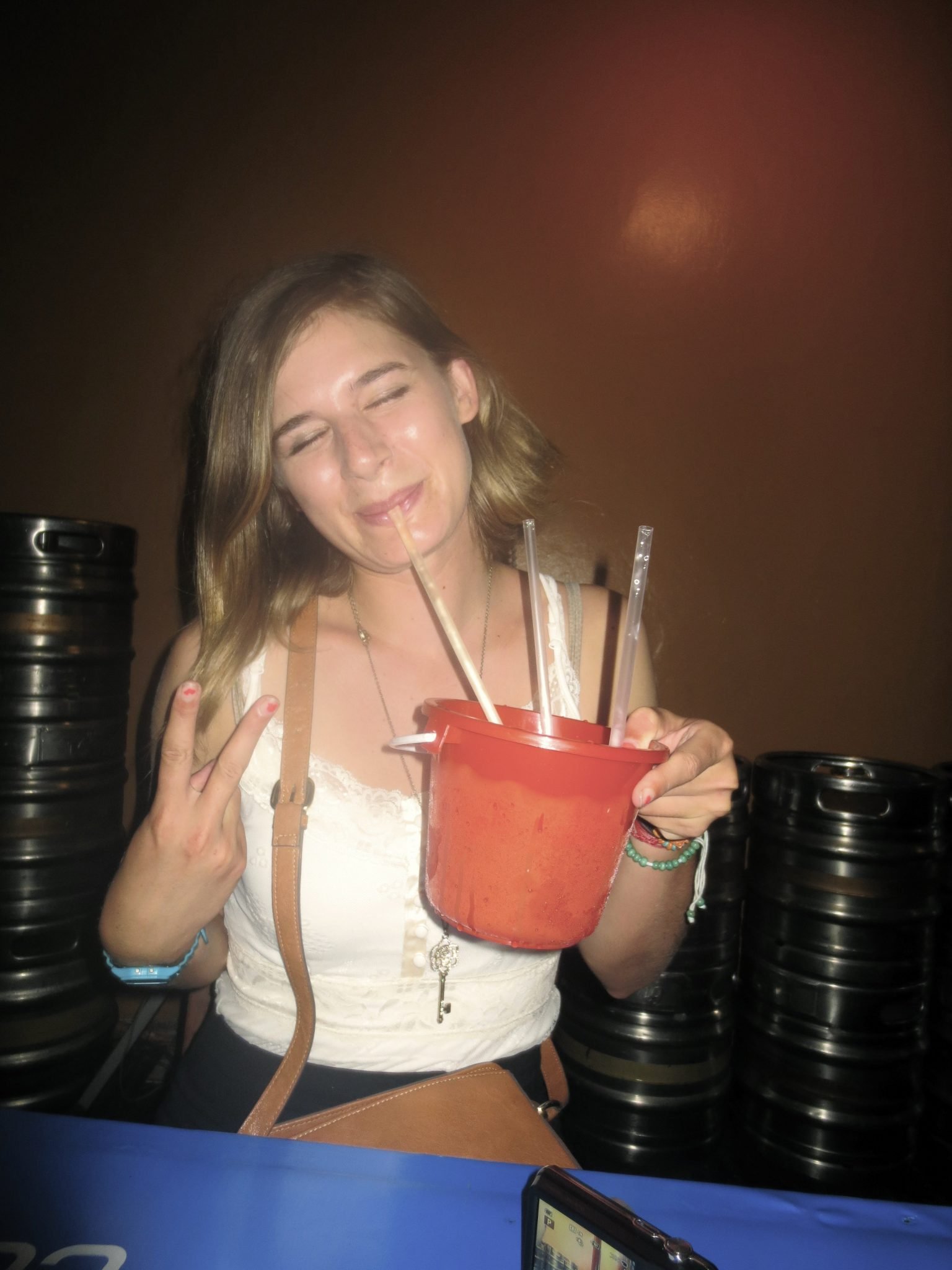 We spent many a night “sleeping” (aka staring off into darkness listening to music for me as I can’t sleep on buses) on the sleeper buses. Almost every one we were on had a bus thief that stole everyone’s money while they were sleeping. I had my money stolen on my first sleeper bus in the country (and I was awake the whole time!), I caught a thief on my second bus and stopped him from stealing money from my neighbor. Note to anyone traveling on the buses in Thailand, never put your bags at your feet, even if you have blankets covering them. It is always wise to sleep with everything of value. 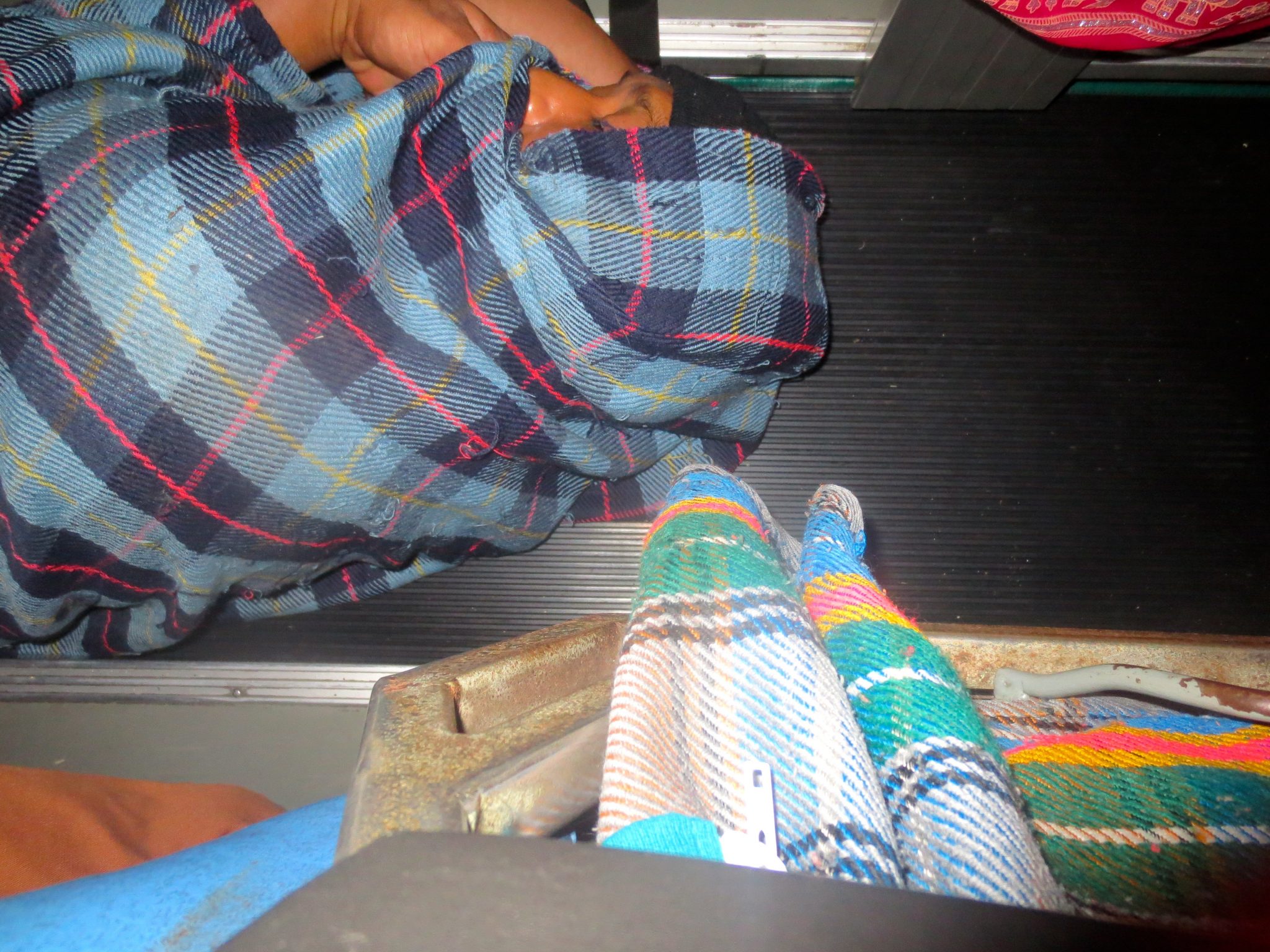 In Koh Tao, we realized it was easiest to walk around from where the ferry lets you off, and try and find the cheapest place around. The taxi boats are expensive, and especially if you’re heading to the Full Moon Party from Koh Tao, it makes the most sense to stay near the docks. We opted to stay a little off the main road in a more hidden hotel, as we had heard that theft was quite common during the Full Moon Party when everyone was off the island for the night. 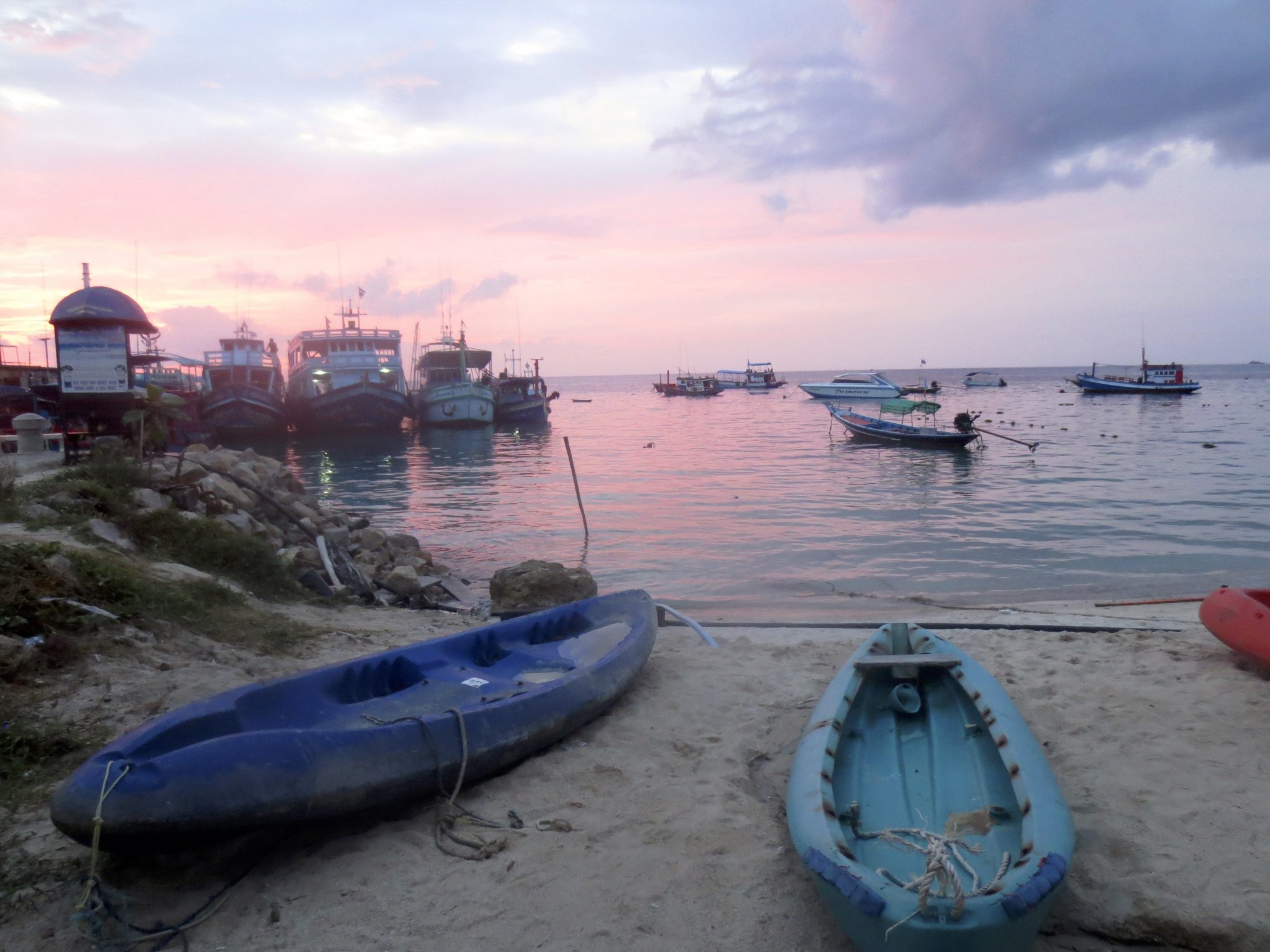 We had to come back to Bangkok from the islands, as there wasn’t a direct bus to Chiang Mai in the North. We had a 12 hour layover, and we had both already had about enough of Bangkok, and were incredibly tired from not sleeping on the long journey from the Southern islands. We opted to splurge on a room, so we could get some sleep during the day before another sleeper bus that night. I would say it was the sketchiest place we’ve stayed as of yet, even in the daytime. Basically those places where only prostitutes go and people get murdered. Rooms just big enough to fit a creaky bed, no windows, and weird stains all over the creepy child cartoon sheets. But hey, it was cheap and a place to sleep, so we each took our own room and had a glorious nap. 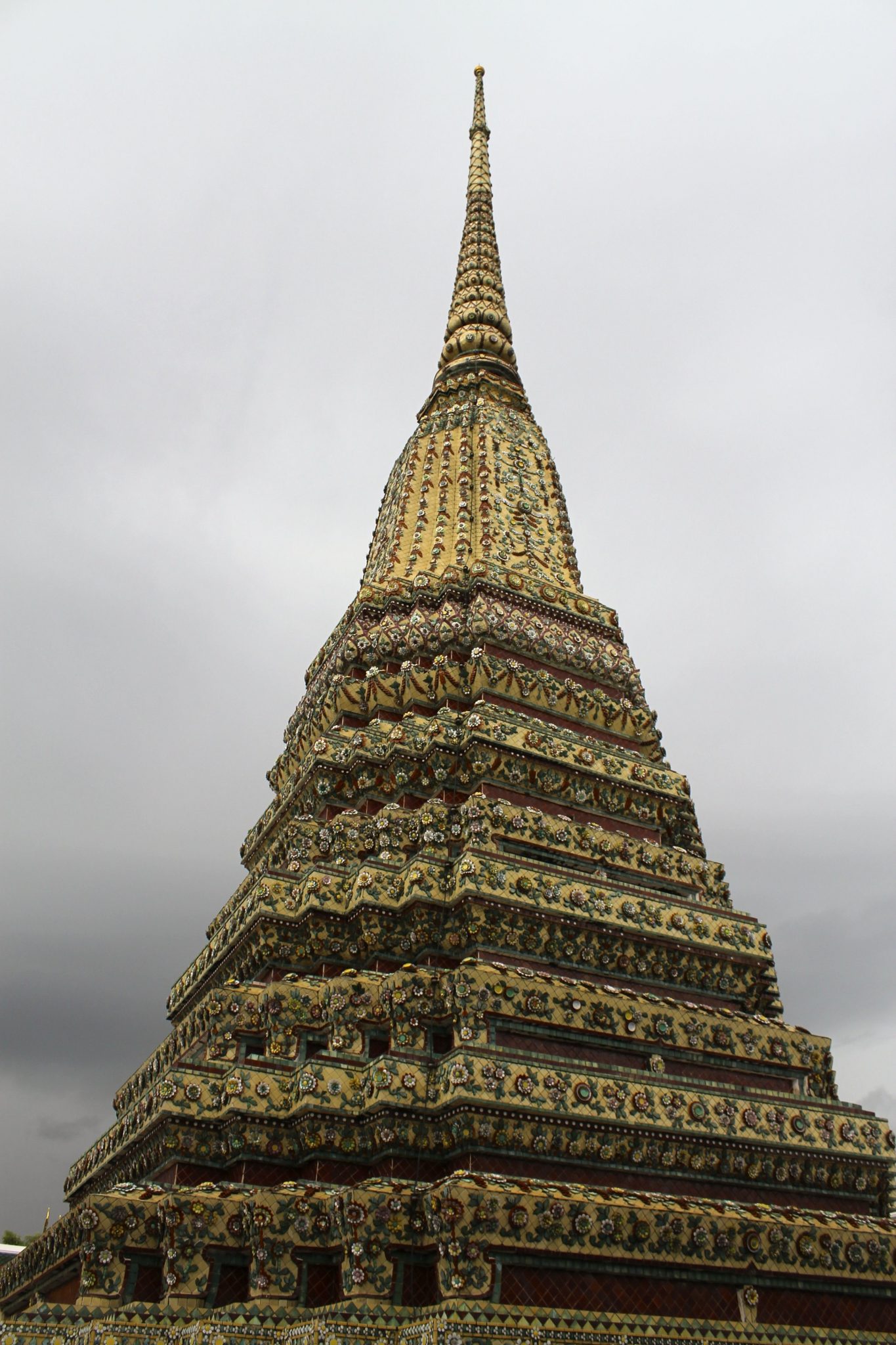 In Chiang Mai, we kept being recommended a place called Julie Guesthouse. It was the perfect backpacker hangout, with a cheap kitchen menu, day trips from the hostel, and decently sized and colorful rooms. However, since everyone recommends it, it is incredibly overcrowded and has some of the most unfriendly staff I’ve met in all of Asia. We only stayed there for a night, and opted to move to the quieter and cheaper place next door for our remaining time in Chiang Mai.

Most of our transportation costs consisted of sleeper buses, ferries in the Southern islands, and a few taxis and tuk tuk rides around the town.

Free breakfast wasn’t included in any of the accommodations, and food ended up being pretty expensive in Thailand. Chiang Mai was the most affordable, but Khao San Road in Bangkok is so Westernized that it was hard to find authentic budget friendly food until we went over to Chinatown, and the islands were a bit pricey because most food is imported. 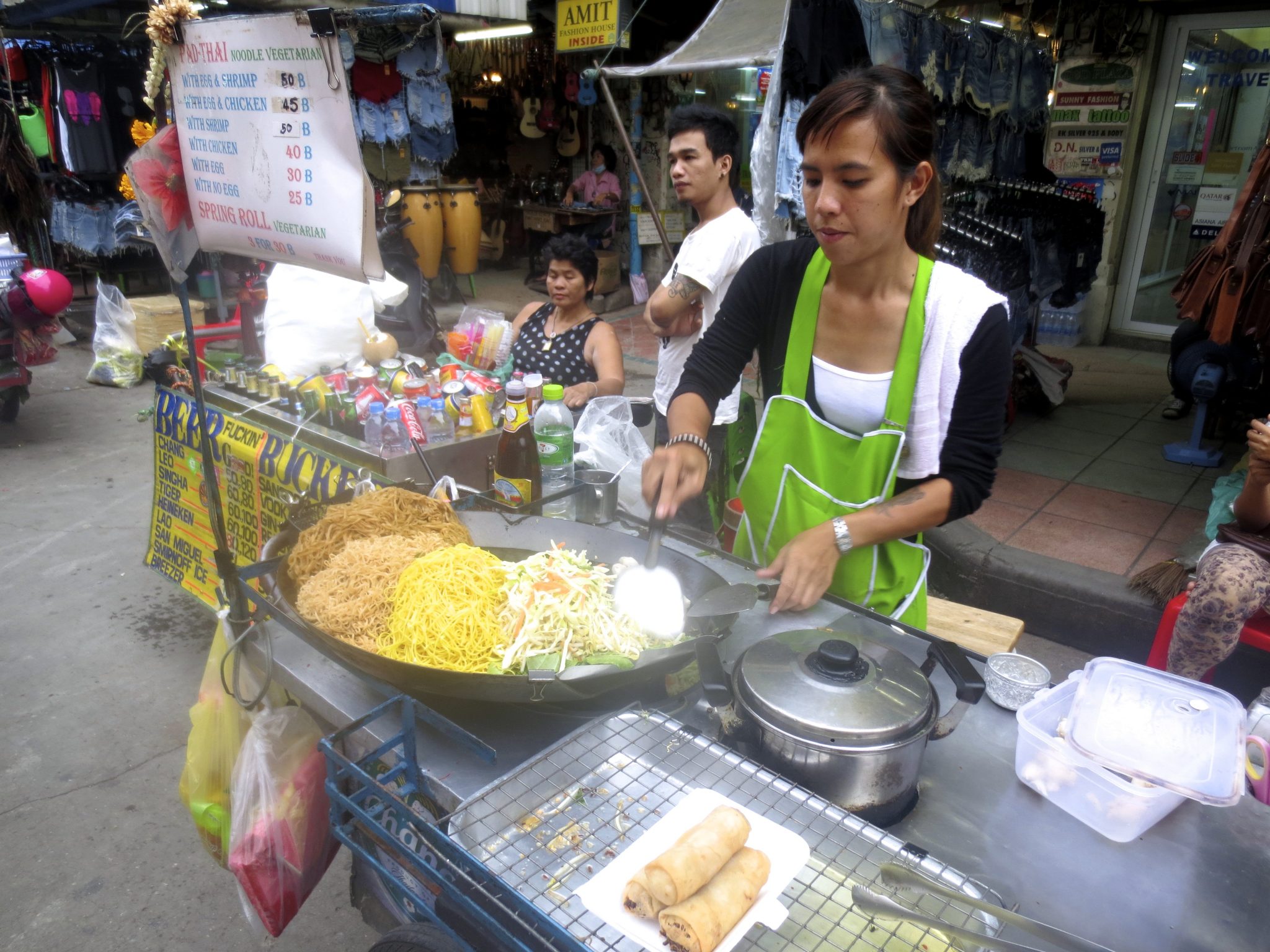 I still kept my smoothie fiend reputation going in Thailand, although maybe a bit less so since they were more expensive and I spent far too much money on alcohol instead. 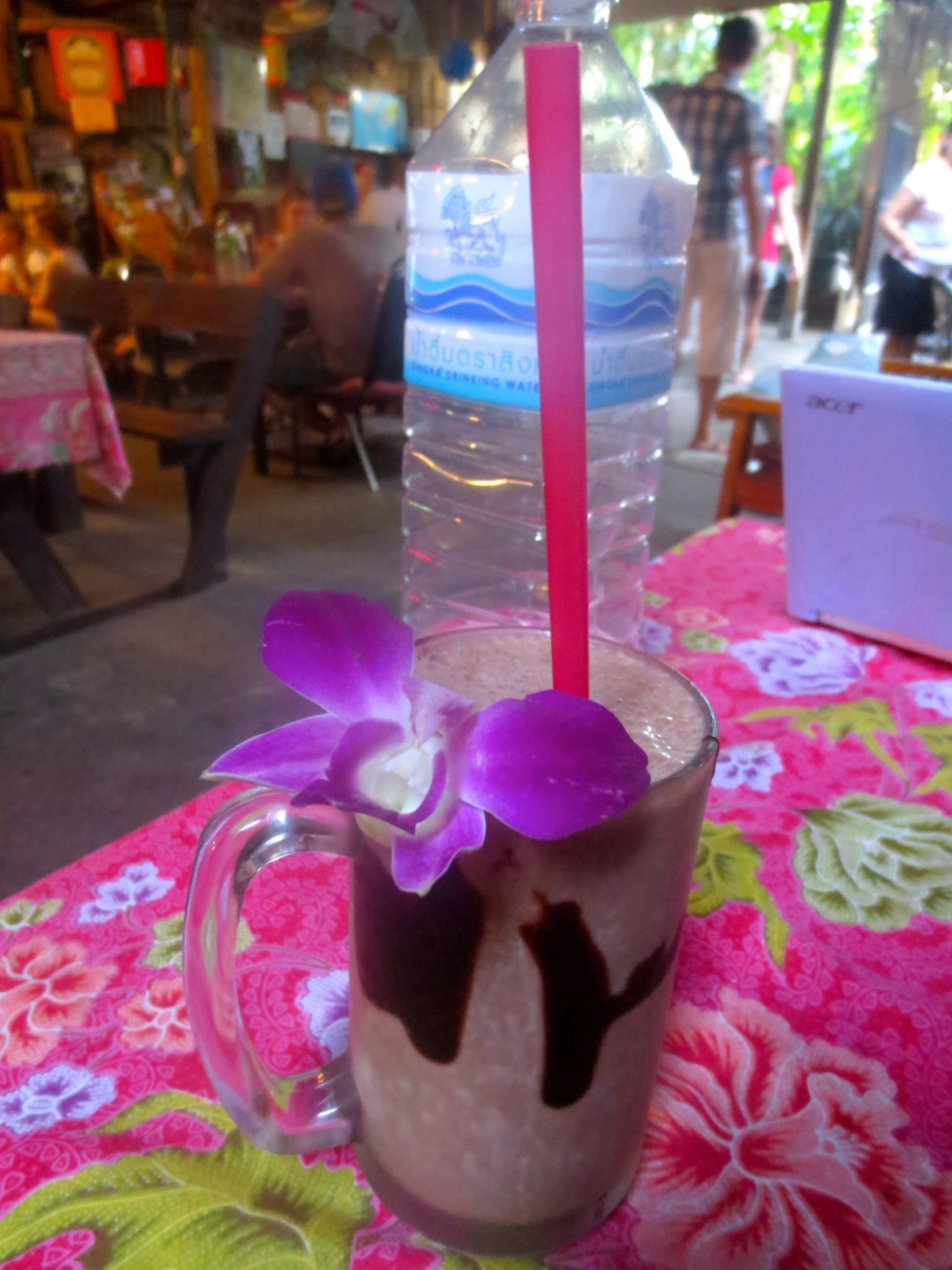 Alcohol = $20? This amount could’ve been higher, but it was hard to keep track of expenses after your first bucket. Also, probably about half of my alcohol intake was bought for me, the plus side of going to as social a country as Thailand with so many fellow backpackers.

Thailand is the place to party, I will definitely give it that. From The Full Moon Party to endless buckets in Bangkok, it was a good time all around no matter where we traveled, and a very easy place to meet fellow travelers. 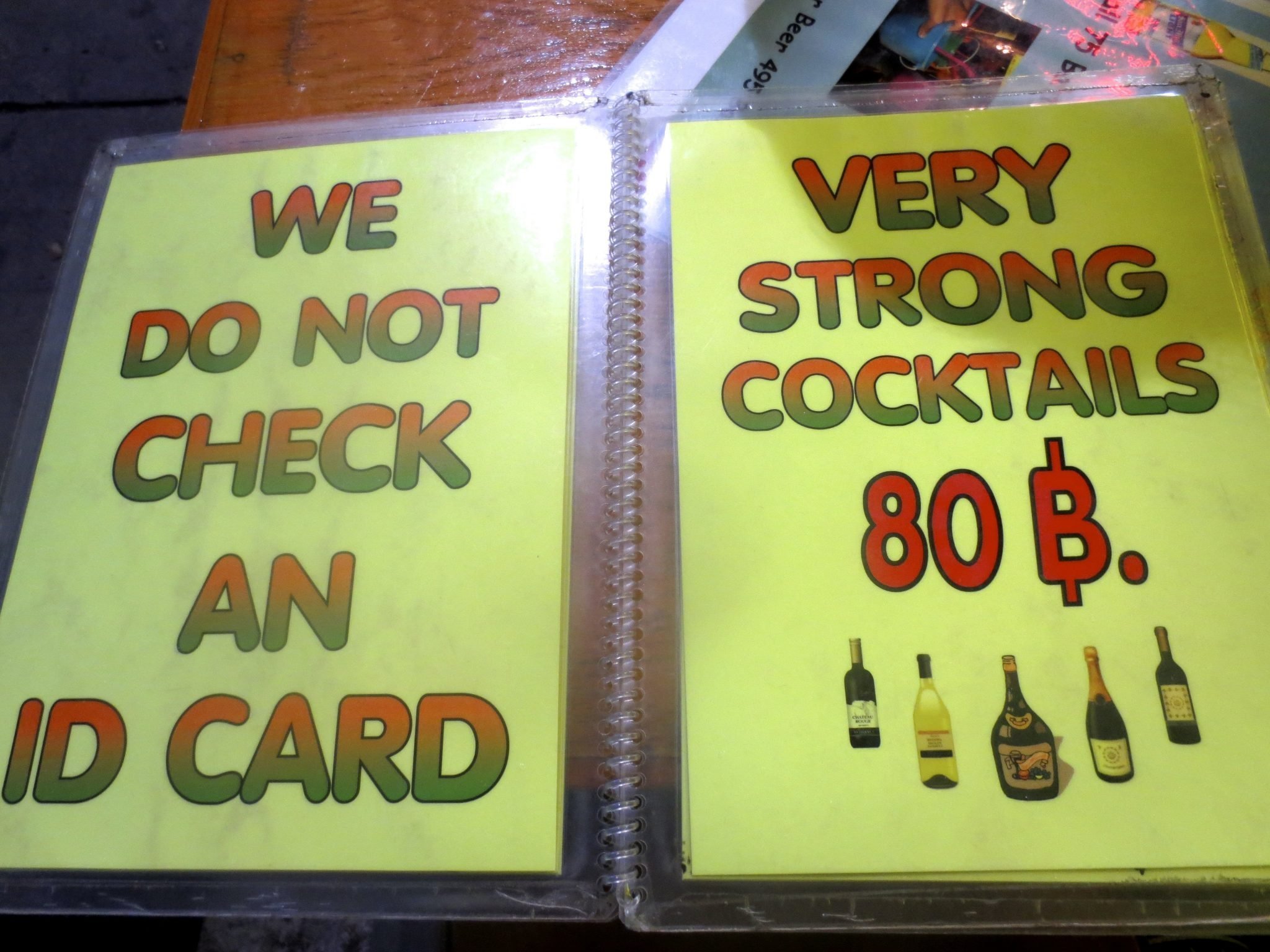 Breakdown of my miscellaneous purchases: 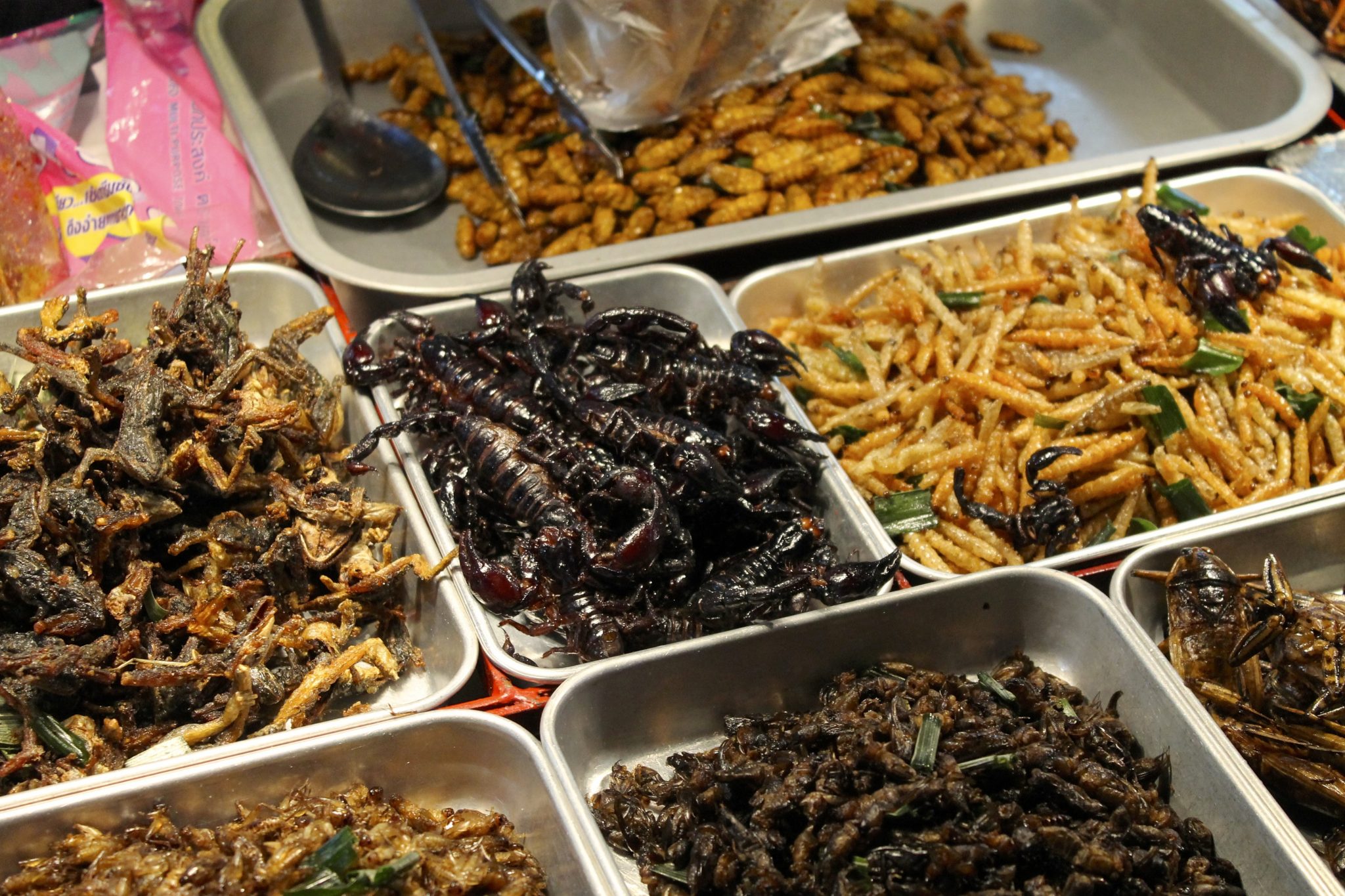 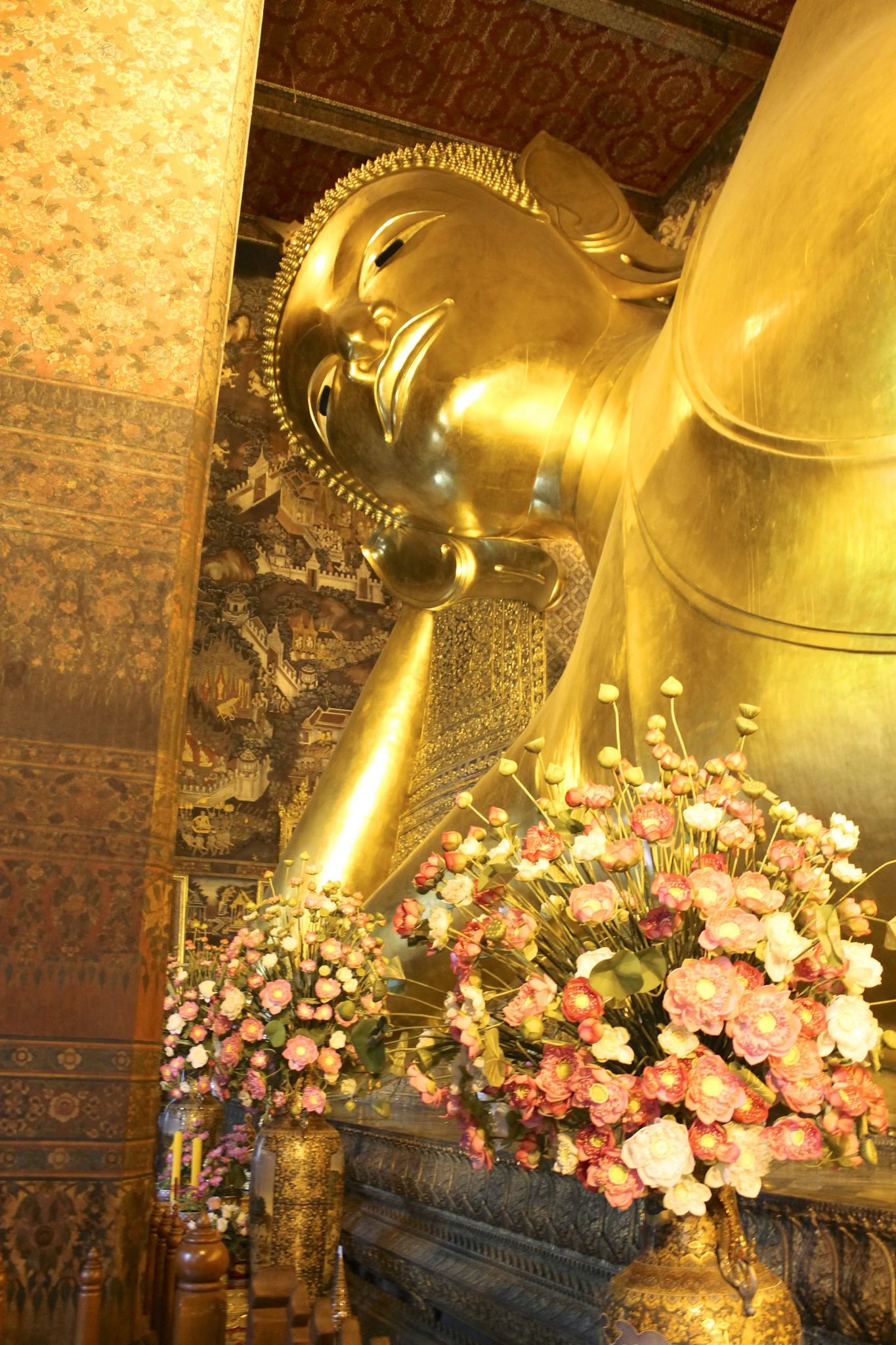 Overall, Thailand turned out to be one of the more expensive countries, as to be expected with the increase of tourism. I splurged on a few things such as the Full Moon Party, Tiger Kingdom, a cooking class, and the Elephant Sanctuary, but I also saved money where I could. I would’ve loved to have gone diving while I was in Koh Tao, but with a few more weeks of my travels to go, I thought it would be best to save my money and go diving when I went up the coast of Australia. Especially after my money was stolen halfway through my Thailand travels, I was conscious of tracking my expenses and saving where I could, and my budgeting turned out better than expected.