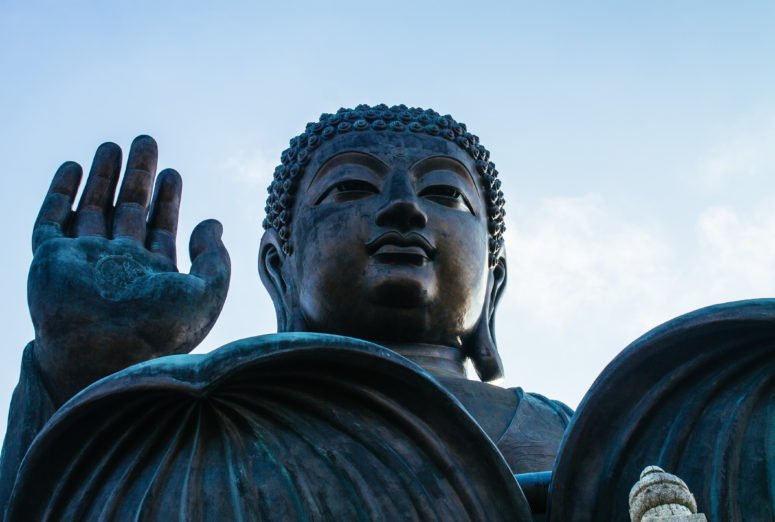 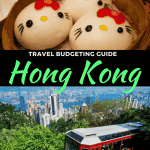 To continue my travel budgeting series around Asia, next up is Hong Kong!

Hong Kong was actually my first Asian destination for this trip, but I somehow didn’t get to this budgeting post until now. I think it’s because I’ve spent the least amount of time in Hong Kong so far, so it wasn’t as much of a priority.

But, the time has come to talk about travel budgeting for this metropolitan city. Hong Kong is one of the most expensive places in Asia, so it’s good to know what you should budget before you arrive.

Since this was my first stop on my Asia journey, I was still in the mindset of US prices and thus didn’t budget as well as I could’ve. Things were still much cheaper than back home, so I spent money a little more freely in Hong Kong.

Note: All prices are in US dollars, and I rounded when necessary to keep things nice and easy. Please note as well that this is the budget for one person in Hong Kong. Although I was traveling with one other person the whole trip, so accommodation came out cheaper than if I was traveling by myself. 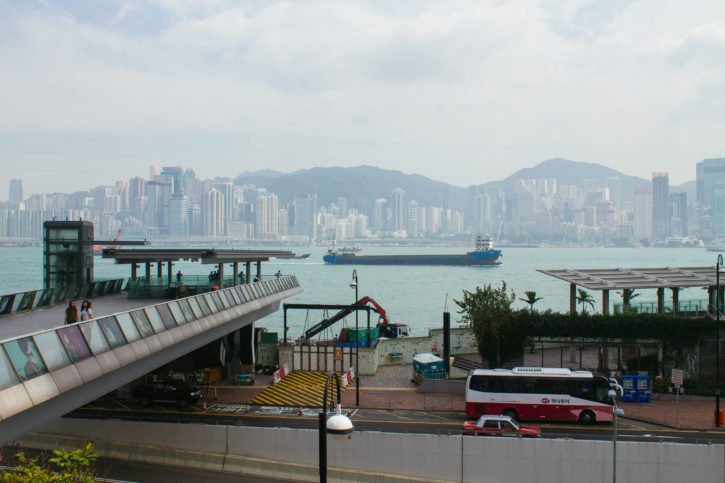 Accommodation in Hong Kong is the most expensive item. I stayed in Kowloon throughout my 10 nights, which was meant to be the cheaper and more authentic part of town, but I still averaged $22/night.

A private double room cost over $40 in the dingiest and sketchiest guest house (i.e. Chungking/Mirador Mansions). I knew it would be an expensive city, but it was still surprising to come across those prices.

During my time in Hong Kong, I stayed at three accommodations, all in Kowloon.

My first two nights were at The Mahjong Hostel. I really liked this place even though it was a bit far from the action, and more in the residential and small business district. It was clean and comfortable. I shared a queen bed with my partner in an eight-bed mixed dorm.

Unfortunately, when I went to go book for one more night I found that they were all full. This also happened to land on the day that the super typhoon came to Hong Kong. I had to move to my next guest house, a 30 minute walk away, when they typhoon was almost to its height. 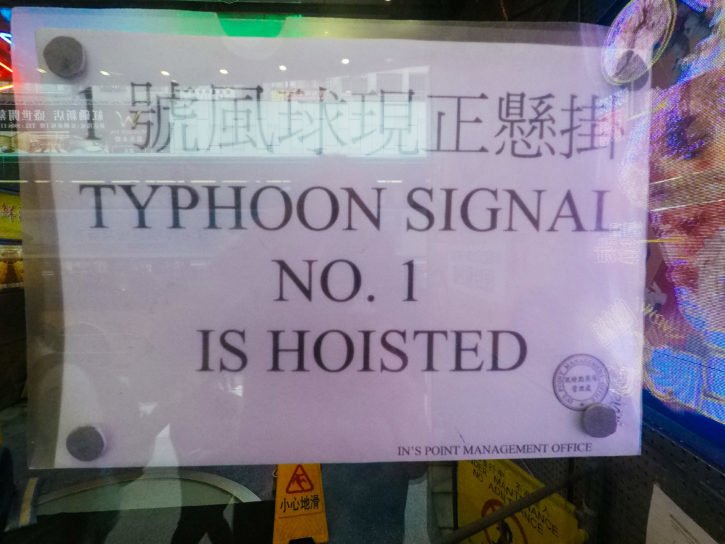 I don’t even remember what the name of the next guesthouse was, just that it was in Mong Kok, the most densely populated neighborhood in the world apparently.

Surprisingly, I really enjoyed my time in Mong Kok, crowds and all. I stayed there for three nights in total because my partner got sick and was in bed all day for one of those nights.

Even though it was crowded, it didn’t feel anymore crowded than the rest of the city. There were markets everywhere, plenty of food options, and live music. It was probably my favorite part of Hong Kong.

And oh, how I wish I would’ve just stayed in that place for the remainder of my stay because the next place was to Mirador Mansion in Tsim Sha Tsui. 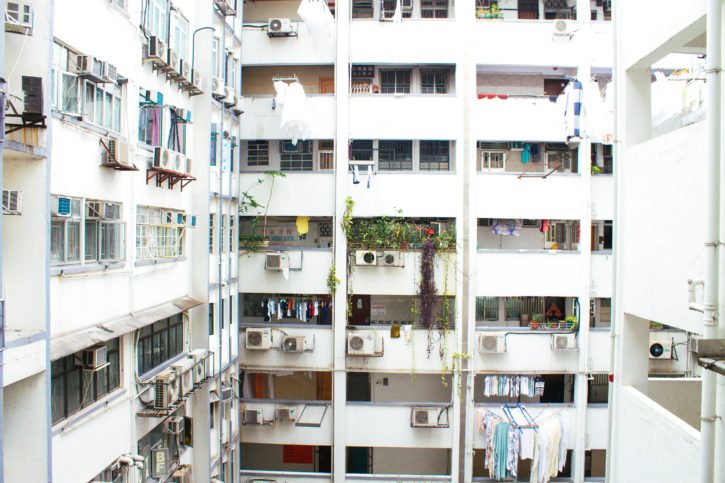 Yes, it was the cheapest place I found in Hong Kong but with how sketchy of a place it was, it just wasn’t worth it.

Although they’ve cracked down on the amount of shady deals, kidnappings, and even murders that used to take place at Mirador and the Chungking Mansions, I didn’t feel very comfortable there. I definitely wouldn’t have felt comfortable at all if I was staying by myself.

I should note, I didn’t quite realize the extent of the mansions shady past until I looked into it more once we had already booked. I stayed there for five nights total and I was so happy to check-out by my last day.

Transportation in Hong Kong isn’t that cheap, but it’s super efficient and easy to use. There are countless buses, minibuses, and MTR lines that will take you anywhere you need to go.

I bought an Octopus card (their transport card) from the airport, and it made getting around the city easy and fast. You can use the Octopus card on any kind of transport and in some stores and restaurants as well. 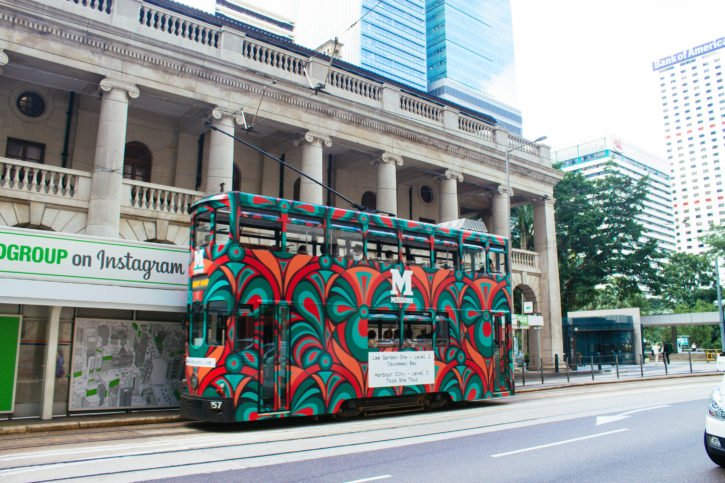 I mainly took the MTR around the city, but I also took a few buses to get to and from the airport, two mini buses to get to the Sai Kung Pier, a couple of ferries to go over to Hong Kong Island, and one gondola to get across Lantau Island.

As I mentioned in my first impressions of Hong Kong post, I wasn’t as impressed with the food in the city as I thought I would be. That may have been because I didn’t go to the right places, but I just didn’t click with the food as much as other parts of Asia.

With that said, it was one of the cheaper items around Hong Kong if you knew where to look. I stuck to mainly local restaurants where I couldn’t read the menu for more local and cheap meals. I only splurged once to experience the Hello Kitty Dim Sum restaurant, but I mean, that was a must. 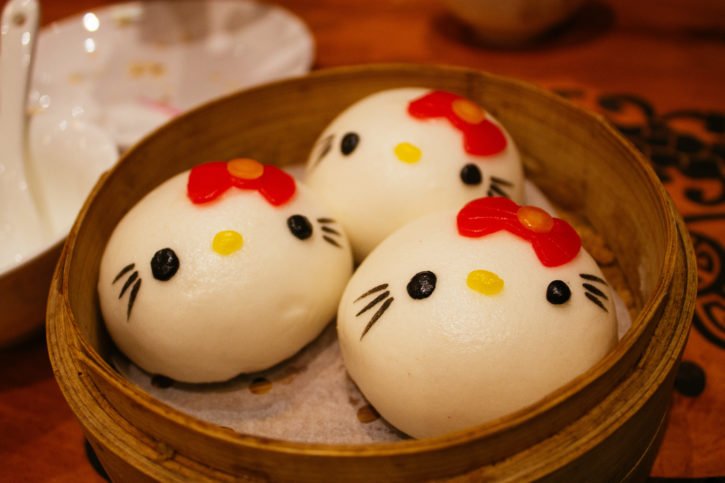 One inexpensive, simple, and delicious place you have to go if you’re in Kowloon is the local hotspot, the Australia Dairy Company.

Apparently most of the people who work there are ex-cons and they’re super serious, but I’ve never had a quicker meal in my life. It’s a Hong Kong institution.

A splurgy item in Hong Kong was the coffee and tea. I became slightly addicted to Hong Kong milk tea while I was in the city. Oh my god, it is amazingly refreshing when you’re thrown into intense humidity again! 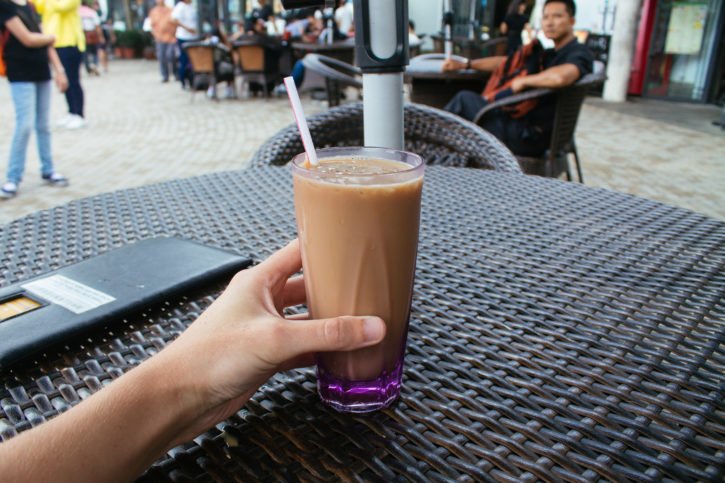 And there were a couple of Starbucks trips here and there while I was based in Tsim Sha Tsui, because the WiFi was horrible at the Mirador Mansion. Starbucks is much more expensive in Hong Kong than it is back home.

Crazy but I didn’t have any smoothies or fresh juices while I was in Hong Kong. To be honest, I didn’t see fruit very often around the city, and the Hong Kong iced tea stole my heart for most of my visit.

Alcohol expenses were what they were because my partner and I thought it would be a good idea to go craft beer hopping around Lan Kwai Fong, the touristy party area. Craft beer is very expensive in Hong Kong, no $4 pints here like you can get in the US. 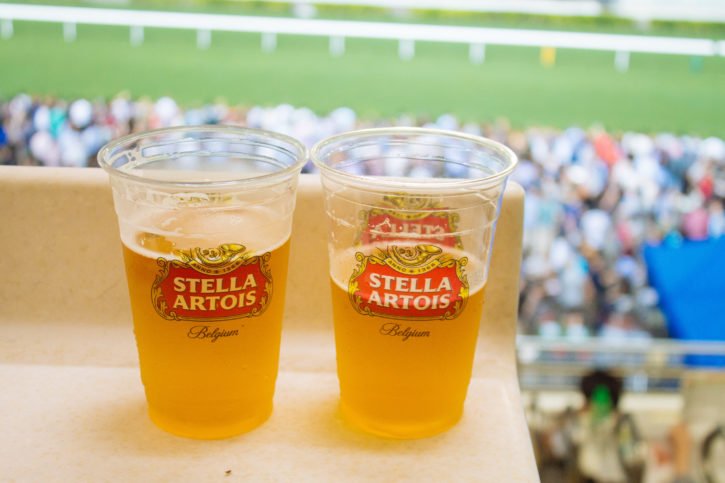 I also had a fun night out with one of my college friends who had been living in Hong Kong for awhile, and splurged on a few rounds of drinks at the Happy Valley Horse Races. It was worth every penny.

Compared to the rest of Asia, the price of water in Hong kong is expensive. However, it is still probably less than or comparable to what you’d find in the US for the same size.

Breakdown of my miscellaneous purchases: 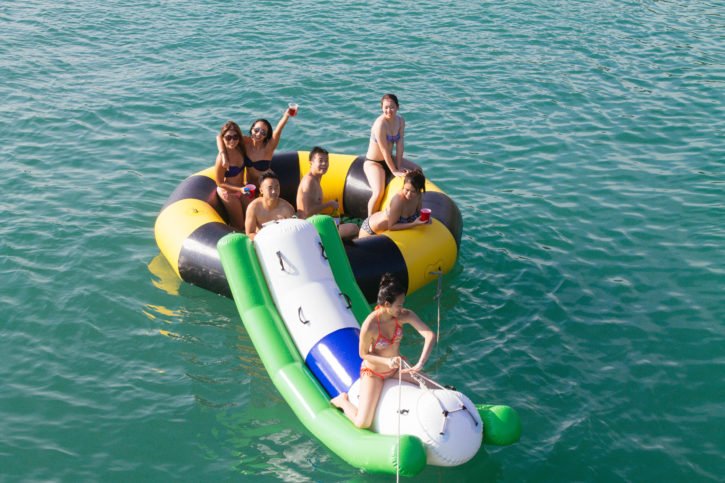 My biggest miscellaneous expense was spending a day partying on a junk boat with my college friend and his friends. Yes, it was a bit spendy, but honestly it was such a good day that I don’t mind splurging on those types of activities.

Wowza! They were right when they said that Hong Kong isn’t cheap. $687 is more than I spent in Myanmar for a whole month, and Hong Kong was just 11 days.

Even though it was an expensive first stop, I wouldn’t take back my time in Hong Kong for the world. I’d been wanting to see this cosmopolitan city for years, and I’m happy I finally got to experience it first hand.

Maybe next time I just won’t go for quite so many days, it definitely blew through my budget quickly. 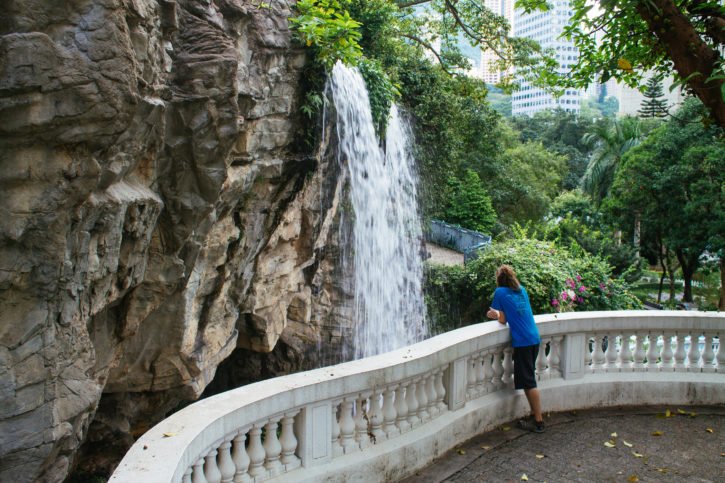 Let me know – did you know that Hong Kong was that expensive? Have you been to Hong Kong or do you have an interest in visiting? 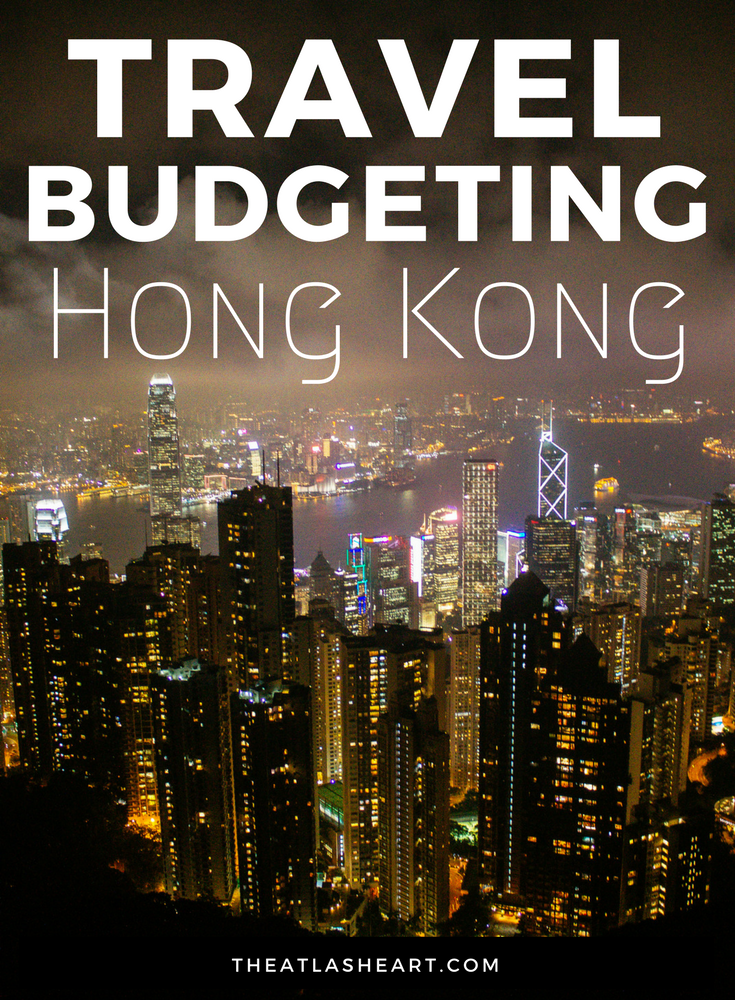 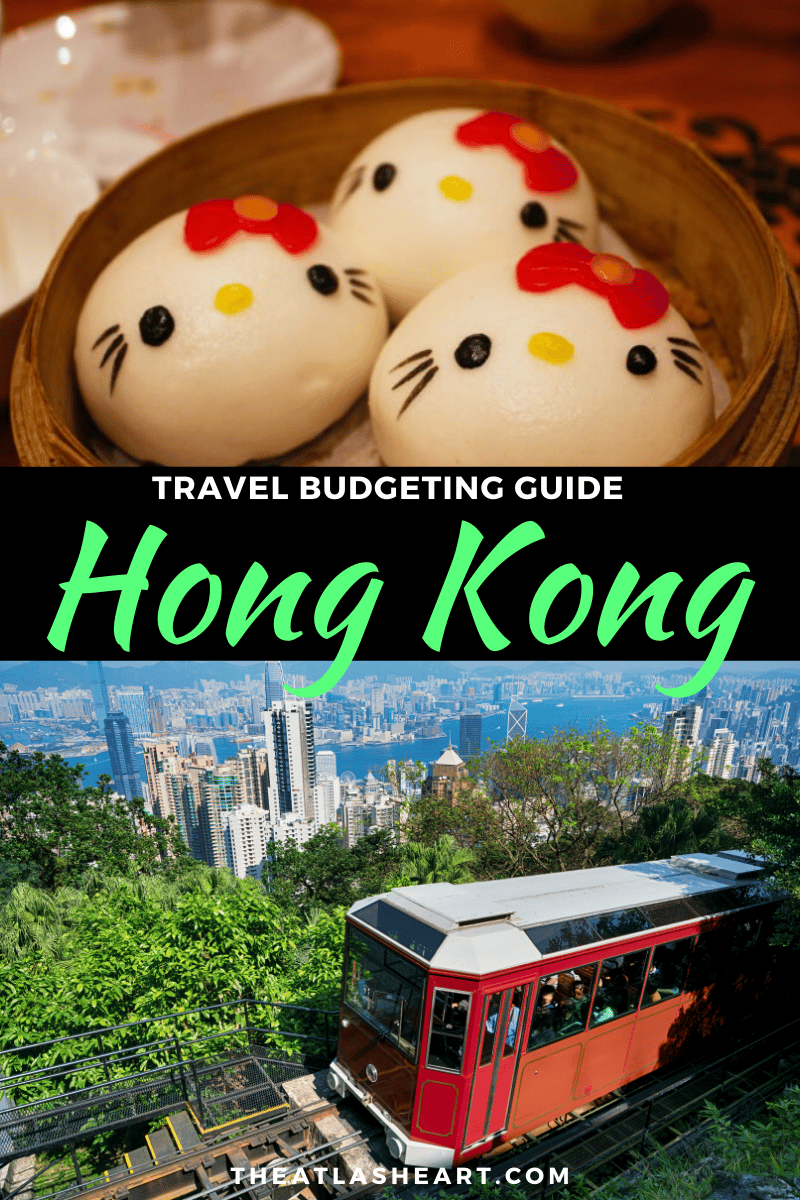