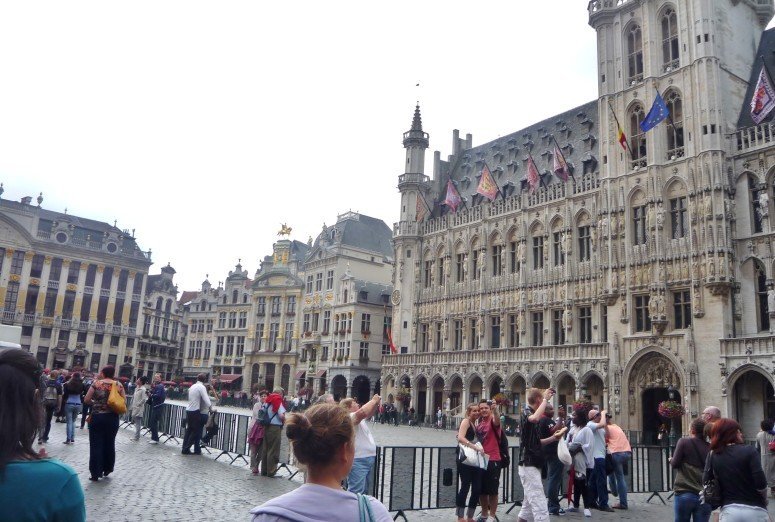 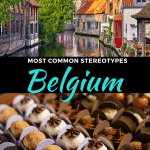 Without further ado, I’m happy to introduce the next guest poster on this blog – Alex from A Work in Progress – who is talking about the clichés that surround her home country of Belgium, and some of the odder questions and misconceptions she has been asked in regards to her culture. Take it away, Alex!

When I initially moved to the States, I spent the first few years answering questions about what life was like growing up in Belgium. Some questions were straightforward: What religion did we practice? Catholicism. Is our chocolate really that amazing? Yes. And do we drink a lot of alcohol? Pretty much, yeah.

Though other questions were a little strange: Do you watch TV? Do Belgians only speak English? And perhaps the most common one: So, is Belgium in Brussels then? Hopefully, this post answers all the questions you’ve ever had about Belgium.

Belgium is a trilingual country; you’ll find its citizens speaking Flemish (Dutch), French, German, or sometimes even all three. Although English is not a national language, many Belgians are fairly comfortable attempting to speak it when approached by tourists, especially in the bigger cities. Be patient with their responses though, some Belgians only learn English as their second, third, or even fourth language. 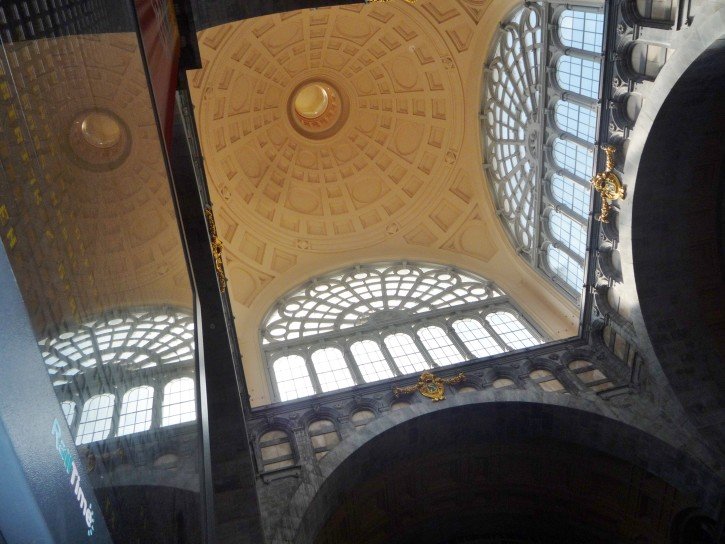 Although most people are familiar with the Belgian waffle, especially in the U.S., most people don’t know that there are two kinds of waffles in Belgium. The most well-known Belgian waffle is called the Brussels waffle and is most commonly sold by street vendors in the city of Brussels.

It is a larger, rectangular waffle and is topped with either powdered sugar, strawberries, chocolate sauce, and/or whipped cream. The Brussels waffle can also be purchased as an afternoon snack, known as a “vier uurtje” (a little four o’clock) in ice cream shops and small restaurants.

The Liège waffle is named after the city of Liège, and is a sturdier and heartier option. This dense yeast waffle is served without toppings and comes to you hot, allowing the small chunks of pearl sugar that are scattered throughout the waffle to melt and caramelize. These waffles are only sold by street vendors and are a great pick-me-up snack during a busy day exploring the streets of Belgium.

Brussels is the capital of Belgium and is predominantly French speaking, though it is technically a bilingual city. Brussels is incredibly diverse due to the many immigrants who have made a new home for themselves and still continue to express and celebrate their culture. Because of this, there are many international restaurants, shops, and markets to explore.

Brussels is most well-known for housing the headquarters of both NATO and the EU. It is also home to the Royal Palace and many other landmarks such as ‘Manneke Pis,’ the peeing boy statue. 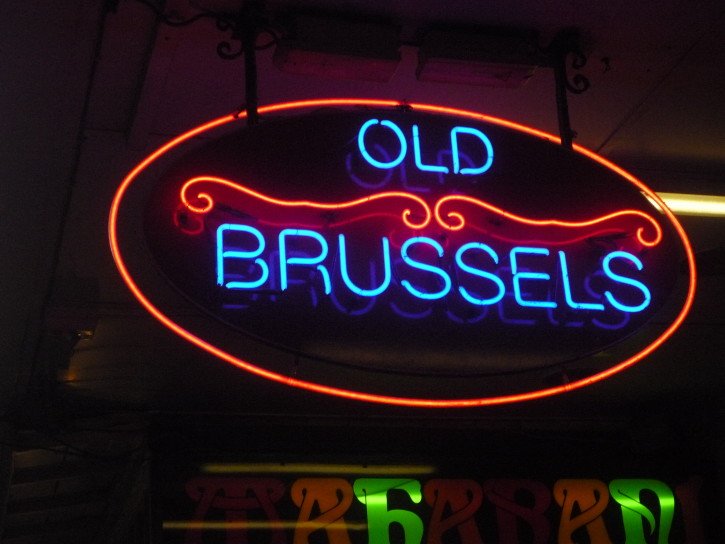 Belgium has an incredible transportation system that is pretty easy to get the hang of. Whether you want to take the bus, tram, subway, or train, any of these are possible when exploring the busy cities of Belgium. It’s easy to pick up a pass that lets you navigate public transportation for limited amount of money, allowing you to hop on or off at any stop without the hassle of exchanging money.

Smaller towns are trickier to navigate, though you can always find a few bus stops and are usually able take the train into the town of your choosing. However, Belgium is a bicyclist and pedestrian friendly country, so don’t hesitate to walk or bike to your location, as long as you don’t mind the rain.

Belgium can’t be talked about without mentioning the beer, the several hundred beers we offer. Even if you don’t consider yourself a beer person, I can promise you that Belgium has a beer with your name written on it.

The beer variety ranges from an incredibly low option known as ‘piss beer’ (and can be bought for about one Euro, though I strongly recommend you don’t), to nicer beers with alcohol content up to 13.0%. Interestingly, many beers are associated with different abbeys throughout Belgium because they were brewed in those abbeys by monks. You can even visit these abbeys if you like.

As much as I love my country and fellow Belgians, we just don’t have the friendliest of dispositions. I don’t know if it’s because of the gloomy weather, the lack of space (over 10 million people sharing nearly 12,000 square miles), or the rough road to independence, but compared to many other countries, Belgians just aren’t very friendly.

There is no spontaneous chitchat with strangers, no holding doors open for others, and their gruff exterior makes their ‘please’ and ‘thank you’s’ sound not so sincere. That being said, when you find yourself on a sunny afternoon, sitting at a table outside of a café surrounded by Belgians with beers in their hand, you will find us to be quite amicable indeed.

Although Belgium is not the most romantic of countries and therefore one of the first to be bumped off the list of Western European countries to visit, I find it has a beautiful blend of architecture, incredible food, beer and wine, history, art, and beautiful vistas accessible by bike. It is a must-experience adventure and should be added to the top of your very long list of travels.

Alexandria is a Belgian living in the U.S. She is a writer, poet, photographer, and artist. She loves to explore, hang out with animals, and tap dance like an amateur. Check out her blog, A Work In Progress, or her Etsy page, AlexandriaKSlegers, where she combines her passion for sustainable fashion and individual expression. You can also find her on Instagram! 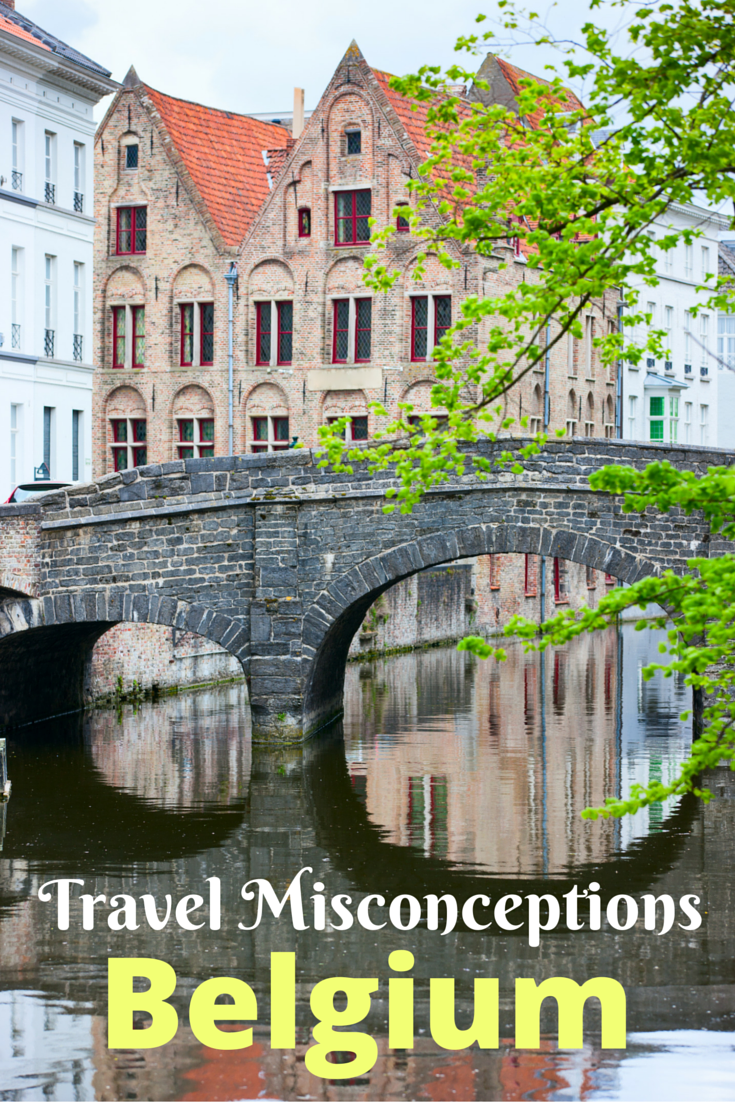