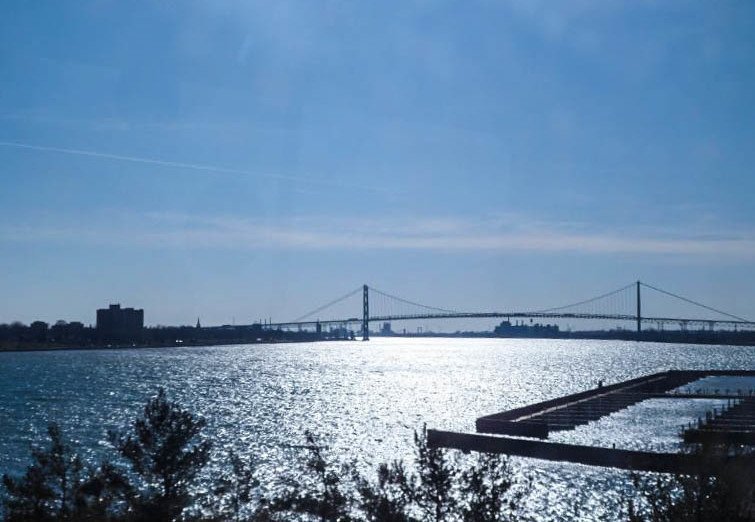 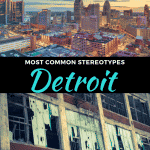 Without further ado, I’m happy to introduce the next guest poster on this blog – Anne from TravelTheGlobe4Less – talking about her time in Detroit, Michigan. Take it away Anne!

Detroit has a bad reputation. The subject of ‘Eight Mile,’ it’s famous for drugs, murder and a failing economy. What people fail to hear about is its thriving music scene, vibrant sport life and incredible architecture.

Wandering the empty streets of downtown, it’s hard not to be saddened by the sight of huge decadent buildings crumbling into disrepair, empty shopfronts, the lack of bars and restaurants and the sheer number of homeless people. Hotels resemble ghost towns with their deserted lobbies, and it must be the only Starbucks I have ever visited that has no queue!

Few tourists pass through yet this is a city with soul, one of the founding stones of blues and 1960s dance hits, home to Eminem and Kid Rock.

It’s a city with heritage, synonymous with Ford and the car industry. Many a man got rich on the opportunities to be found here in the 1920s, and the evidence lives on in antebellum mansions lining the shores of Lake St Clair. Nearby, rows of spacious Victorians lie cheek to cheek with overgrown empty plots where houses have been mown to the ground leaving the odd coca cola can languishing in the grass and rubble.

It’s hard to imagine the excitement and bustle of parties in the Roaring Twenties or Swinging Sixties such is the sense of decay in some of the areas surrounding the Motown studios. 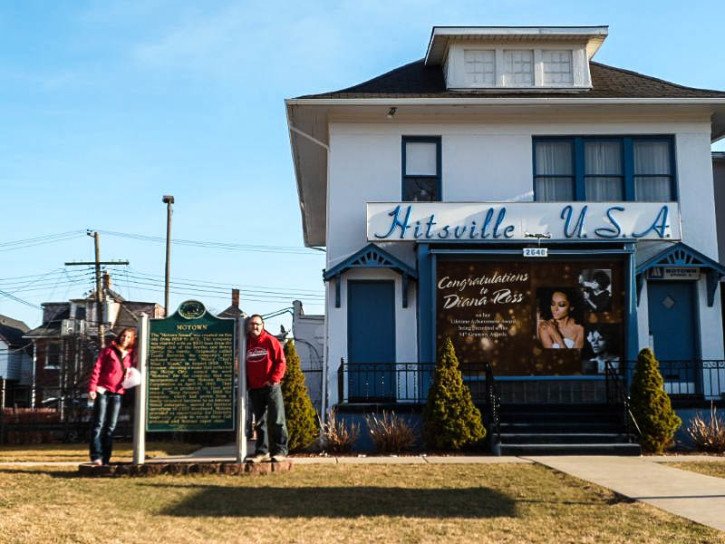 Not everything has died here, however. Locals are fiercely proud of their city, quick to show you the attractions and talk about the city’s history. In the suburbs you will find quaint, picket fence streets with charming homes reminiscent of ‘Back to the Future’ scenes. In Ann Arbor, a vibrant University town, a huge football stadium (at around 109,000 it is bigger than anything in the UK Premier League) hosts college football games which take on almost hysterical reverence.

In Frankenmuth you can visit the largest Christmas store I have ever seen. Wander the aisles for a themed tree ornament to perfectly showcase any of your interests whether it be skiing, sailing or even your loved one! Bronners is huge, fun and a somewhat surreal experience in August! Don’t just stop there though, Frankenmuth has a quaint high street which looks like a setting from ‘Gone with the Wind’ with sweet tea shops and quirky gift stores to steal your pennies.

This is a side to Detroit no one hears of (certainly not on my side of the pond). Cookies, Christmas and candies don’t make great TV I guess, but this is a city that’s wormed its way into my heart, that makes me want to return to explore further.

If you like sport, you can take your pick of basketball, baseball, ice hockey and American football games. I was made an honorary Tiger fan by my friends and couldn’t help but be impressed by the huge tiger sculptures guarding the gates of Comerica Park. I like to think that my wearing of a Tigers shirt helped propel them to the top of the league!!

You can also catch bands at the stadium or head over the river into Canada to Caesars for some music action. The music legacy continues albeit a little less in your face.

Now if you do feel a little nervous, you could always allow your pals to persuade you that a good day out is to head to the shooting range. For the record, every shot I took was a head shot!! (Jason just pinched my paper in the shot below!) Don’t let my antics put you off though. 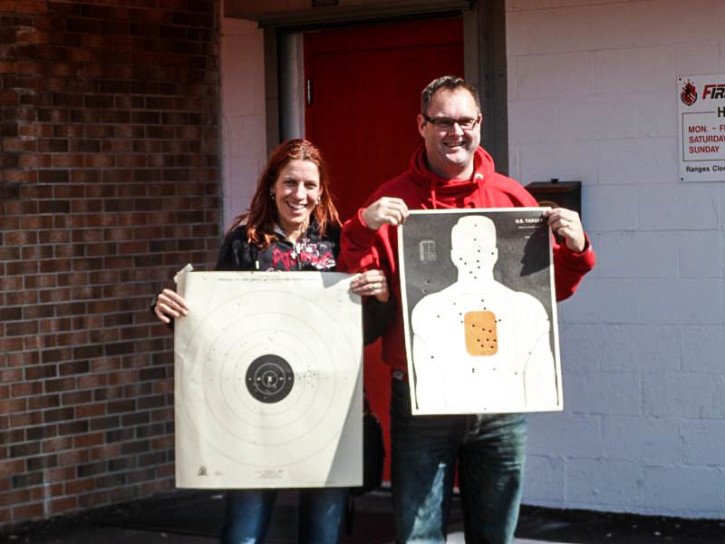 The city may be notorious, it may have bad areas (what city doesn’t?) but never did I feel threatened (other than after a trip to White Castle for a late night takeout) other than by a sense of loss for the heart of the metropolis, a shadow of the former automobile capital it once was.

Disclaimer: My last visit to Detroit was in 2012 so times may have changed!!

Anne is the founder and editor of TravelTheGlobe4Less. If she isn’t travelling, she is thinking of travelling or planning her next trip. She has visited over 70 countries on six continents and sampled everything from backpacking to bank bursting travel. Her mission is to show you that luxury travel is possible no matter your budget. Find her on Facebook, Twitter, and Pinterest! 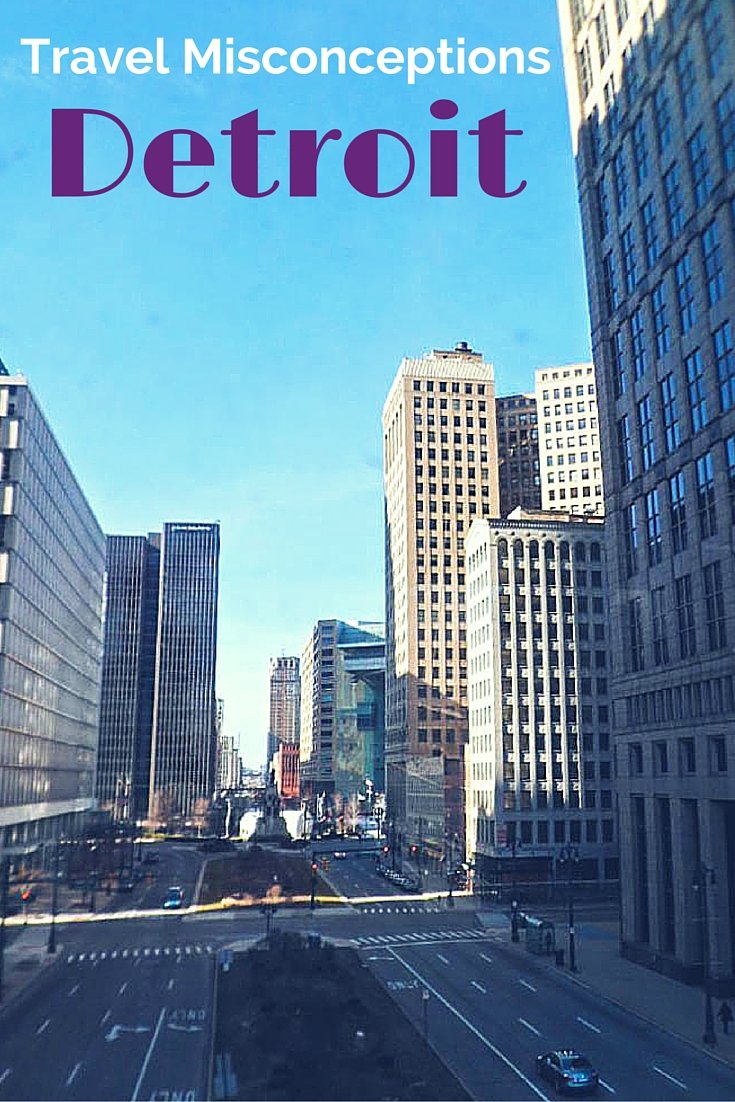