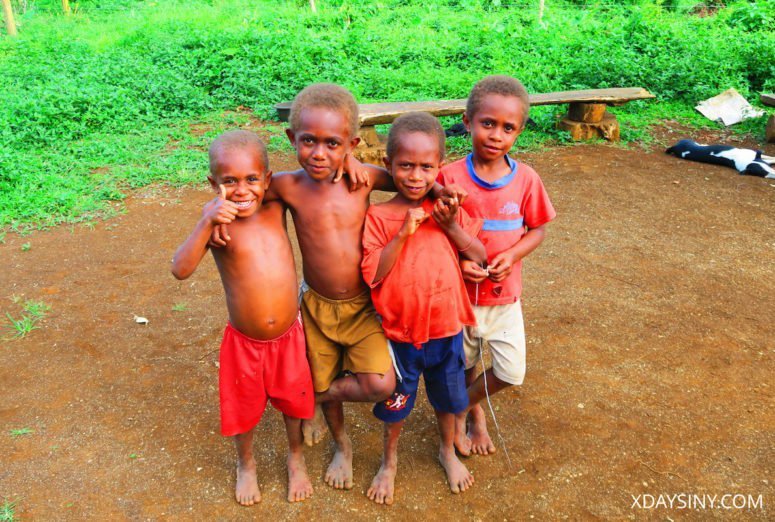 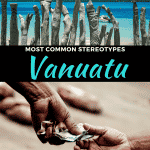 Without further ado, I’m happy to introduce the next guest poster on this blog – Avichai from X Days In Y, who is discussing his time in the South Pacific island of Vanuatu and the misconceptions he had about the island nation before he saw it for himself. Take it away Avichai!

If we were to stare at a large world map and zoom in on those tiny islands in the South Pacific Ocean, what images would be flashing through your mind? My guess would be those of pristine tropical beaches, with soft white sand and coconut trees everywhere. 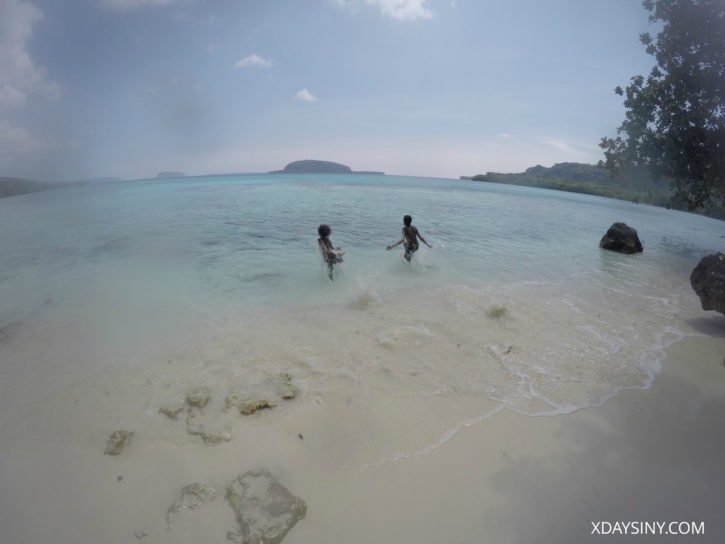 That’s exactly where I thought most of my time would be spent when embarking on a six month backpacking trip across the islands of the South Pacific. “But won’t you get bored of the beach very quickly?” That was the typical question I got from family and friends prior to departure.

The misconception of a strictly beach-only vacation was quickly shattered upon arrival in my first destination –  Vanuatu. The tiny nation is a mosaic of 83 islands and atolls running north to south in the shape of a giant V. It would be the biggest surprise on my trip, a place completely different than I imagined it to be. Here’s why…

Despite being one of the poorest countries in the Pacific, the people of Vanuatu always score high in the global ranking of the happiest nations in the world. To a westerner visiting Vanuatu, this might seem very strange. After all, many locals live in simple villages without all the comforts we are used to back home.

I remember visiting a small village in one of the islands that had no electricity or running water. Residents were in the midst of petitioning the electricity company to extend the power line just a few kilometers up the road and into their village.

But what I also remember is the constant smiles on their faces despite the hardships. They always seemed to see the glass half full, appreciating the fact that children can grow up in a safe environment and that nature will provide them with all the food they need. 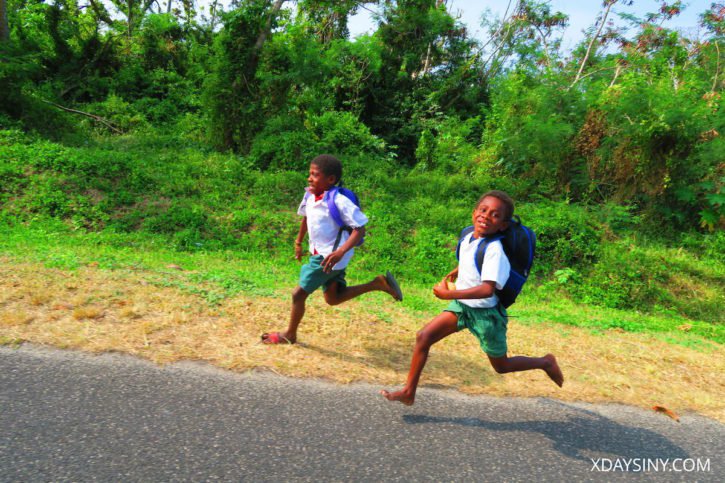 When I asked them what their secret to life is, they simply said “we focus on the present.” This sounded all too naive at first, but the more I thought about it the more I realized just how right they were. A lot of us spend our mental energy analyzing the past and planning the future, without leaving much capacity for what’s happening right now in front of our eyes.

Perhaps there’s a simpler explanation to the secret of happy life in Vanuatu. As the sun sets, colorful neon lights begin to shine outside seemingly inconspicuous wooden shacks. If Dublin has its Irish pubs, Vanuatu has its kava bars. 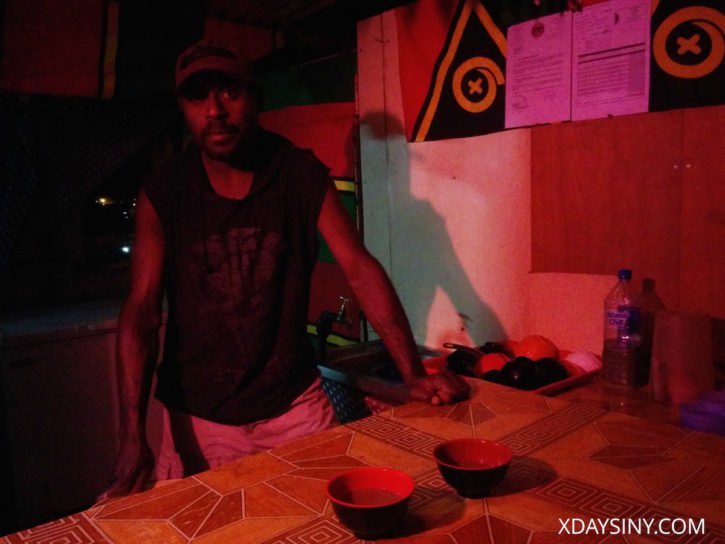 Locals make the evening pilgrimage to one of these bars for a few rounds of kava, a muddy looking drink made from the roots of a local plant. It has got somewhat of a sedative effect and all you want to do after is go home and nap.

In a nation of former ‘hard core’ cannibals, little is left of that tradition these days (thank God). There is however one tribe that still hasn’t changed its ways over the years. I paid a visit to the Yakel Tribe on the island of Tanna to see how these families live and to understand why. 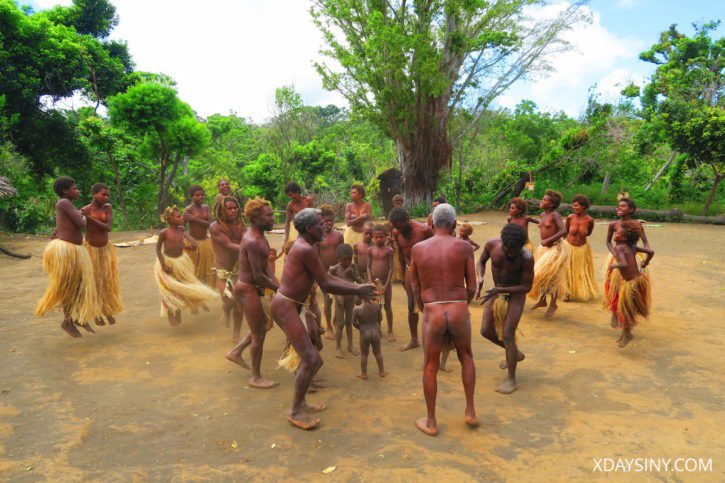 Completely living off the land, the tribe’s villagers still dress in the old way, only putting on modern clothes when going to the island’s hospital or to fetch something from the pier. They have resisted the change in order to preserve their unique culture and to avoid following the path of neighboring villages that have lost touch with nature. 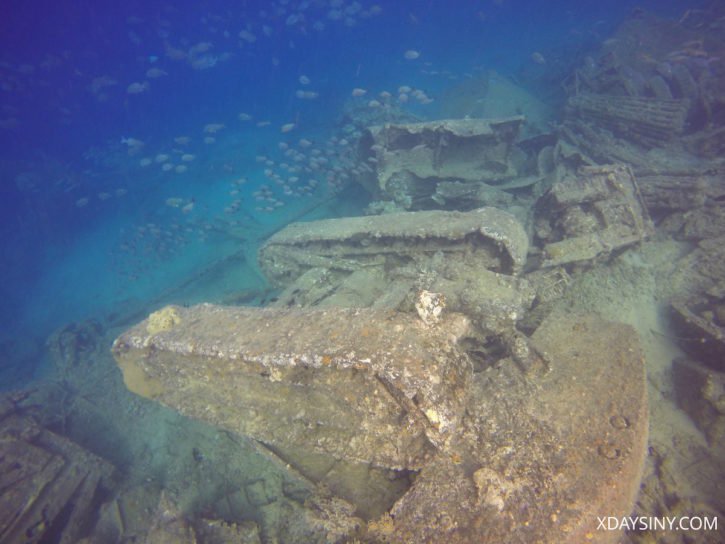 But history not only lies in the jungles of Vanuatu but also beneath the waves. During WWII, the allied forces used the islands of Vanuatu as major supply bases. At the war’s end, surplus equipment was too costly to ship back home so much of it was dumped at sea. I visited a particular spot known as Million Dollar Point to see this for myself. Just a few meters off the coast, you can still see airplanes, jeeps, cannons and other equipment left to rust away.

Being a huge fan of tropical beaches, I really wasn’t expecting to be ‘wowed’ by anything happening inland. This all changed when I visited the first of many ‘blue holes’ Vanuatu is blessed with.

In the island of Espiritu Santo, a local villager took me to Matevulu Blue Hole. This natural swimming pool is fed by underground rivers and the water is simply crystal clear. There were local teenagers jumping off the giant banyan tree and children learning how to swim in the confines of the calm pool. Every island in Vanuatu is scattered with such marine wonders. How incredible! 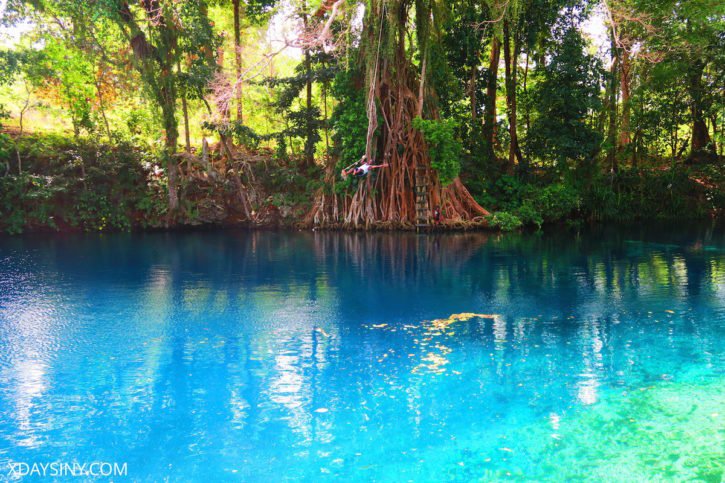 But is there anything non-water related in Vanuatu? How about ‘the world’s most accessible active volcano’? That’s right! The island of Tanna is home to Mount Yasur, an active volcano that you can pretty much drive to its rim.

The volcano has been active for quite some time, even drawing the great Captain James Cook to the island’s shores after spotting the lava eruption from way out at sea. Sitting on top of the volcano as the sun sets is something I’ll never forget. Lava erupts every few seconds, sending ash clouds high up in the air looking like some kind of gateway to the underworld. 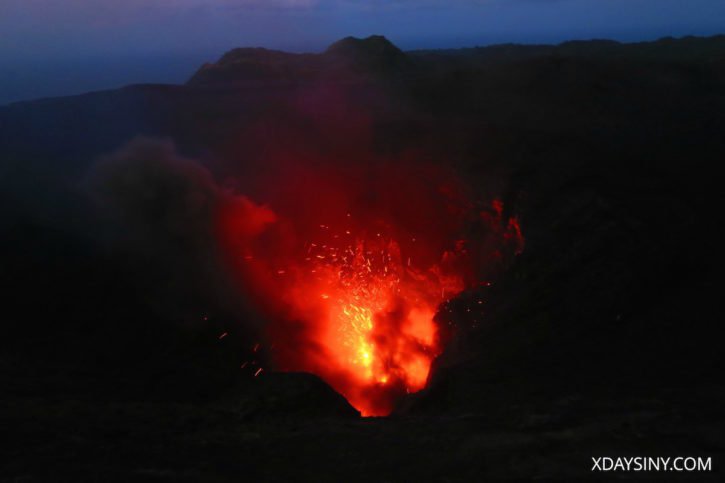 I only spent two weeks in Vanuatu and felt there was so much more left to discover. I arrived thinking I’d pass the days away at the beach, but left with lasting memories of the incredible nature, history, and the friendliest of people. Vanuatu taught me to get rid of my travel misconceptions and to let curiosity lead me the rest way of the way. With lots more Pacific islands to come over the next few months – this was a very valuable lesson.

Avichai has spent the last 5 years living in Ireland so he was very happy to have six full months of summer in the South Pacific Islands. He publishes practical travel itineraries to the places he visits on X Days In Y, and you can explore the islands he has visited on the blog. He hopes to be back to this remote part of the world in the near future and adjust his watch back to ‘island time’. You can also find him on Facebook, Twitter, Instagram and Pinterest! 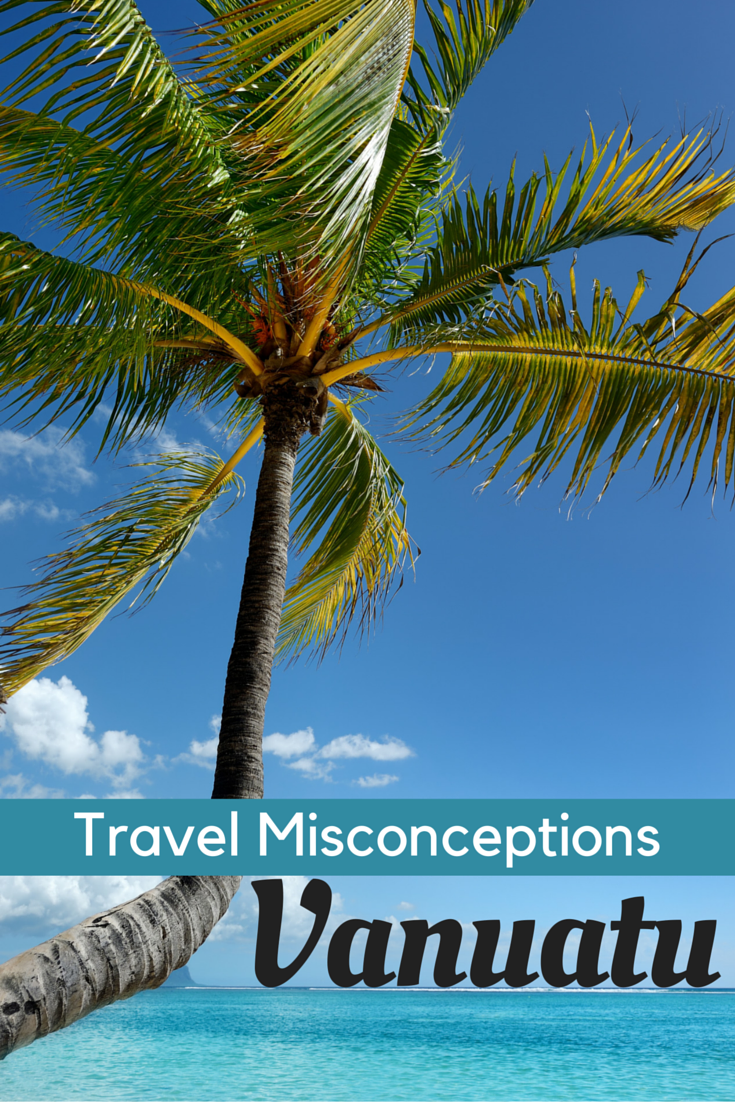