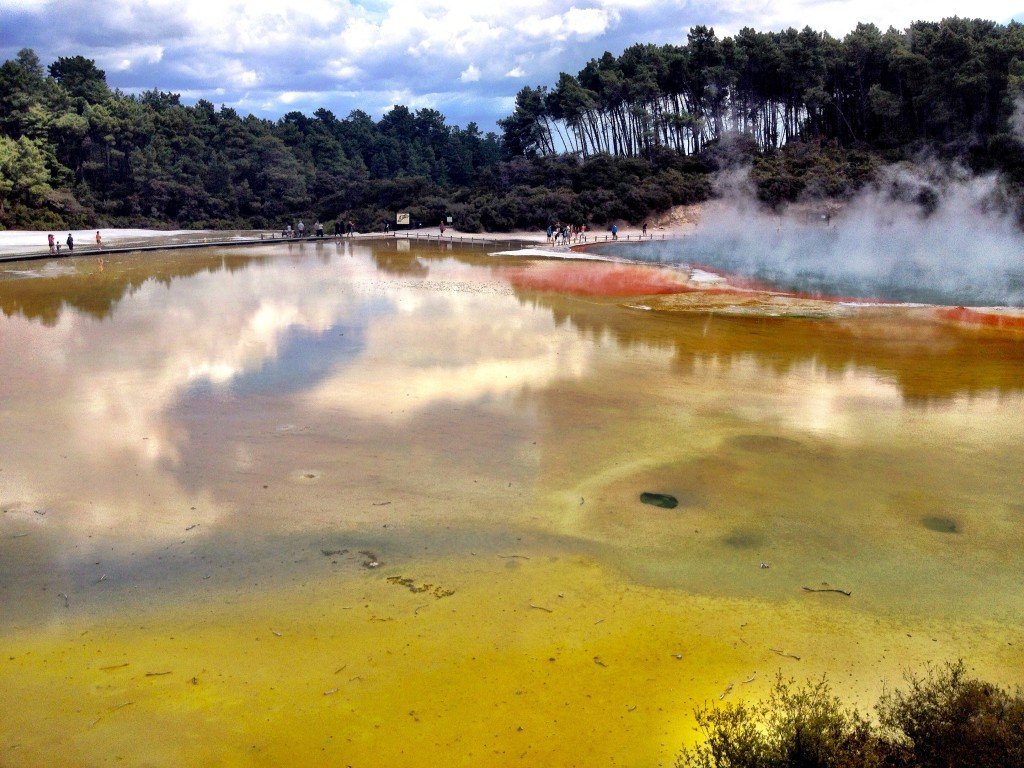 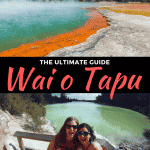 If you’re traveling around the North Island of New Zealand, a visit to Wai-O-Tapu Thermal Wonderland is a must have experience. This is why.

You can smell the sulfur from the moment you drive into Rotorua with the windows rolled down.

Once you pass the Agrodome and its sheep shows, and the OGO Zorb hill, the smell hits you and knocks you back a little.

Rotorua is a thermal hot bed of cool attractions, interesting smells, and colorful minerals, and even though our bathing suits smelled like sulfur for the rest of our three-week trip, dare I say you get used to the smell after awhile. 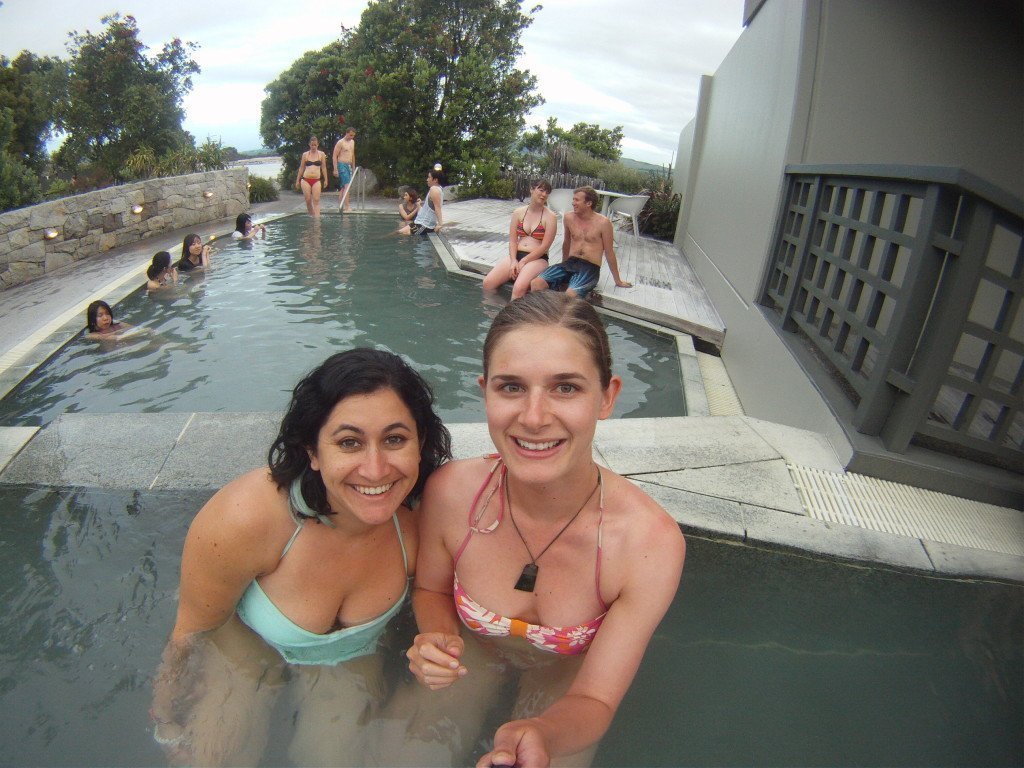 One of the most vivid and intriguing attractions in Rotorua was the Wai-O-Tapu Thermal Wonderland, just a 20 minute drive outside the city.

Wai-O-Tapu, meaning “sacred waters” in Maori, presents itself as a special place from the initial walk through the gates. Just knowing you’re about to explore an area that has been sculpted for hundreds of years by geothermal activity sparked my curiosity and my excitement to explore the place. The cost for Wai-o-tapu Thermal Wonderland is $32.50 per adult, and we spent about an hour and a half walking around the three distinct trails and reading about certain hot pools, caves, rock formations, bubbling mud pools, and even a geyser that erupts daily at 10:15am to the height of 65 feet! It was the perfect place to learn more about the lush geothermal history surrounding Rotorua, and to see one of the most colorful and unique places I’ve been to in New Zealand.

Named before as “one of the 20 most surreal places in the world”, walking into Wai-O-Tapu Thermal Wonderland almost feels like you’re walking into another planet.

To give you an idea, I’ll use the example of two of the more popular attractions in the park, the Champagne Pool and the Artist’s Palette.

Related: 7 Things to do in Rotorua The Champagne pool is called as such due to its resemblance to a glass of bubbling champagne, a look which is caused by the efflux of carbon dioxide in the 900 year-old hot pool.

It was formed by a hydrothermal eruption way back when, which produced the huge crater it is today at 213 feet in diameter and 203 feet in depth. Now that’s a big hot pool that you do not want to find yourself in.

Related: A Land of Hobbits: Where to indulge in The Lord of the Rings in New Zealand While we were walking around the border of the pool, we were continuously engulfed in the hot steam coming up off the surface, it was a serious force of nature to be reckoned with. The Artist’s Palette had to be one of my favorites of the day because of the pastel colors present. This particular hot pool is caused by the intense mineral rich run-off from the Champagne pool, but it sure does make a pretty picture. Other parts of Wai-o-tapu Thermal Wonderland, such as the bright lime green Devil’s Bath and the rippled Primrose Terrace round out the walk to give you an in depth look at all of the natural wonders to be found in such a dynamic geothermal area. As you can tell, if you’re looking to explore the smellier side of Rotorua, Wai-O-Tapu Thermal Wonderland is a good place to start. I had only really been to one other geothermal hotspot before Wai-O-Tapu Thermal Wonderland and that was at Craters of the Moon outside of Taupo, but Wai-O-Tapu definitely took the cake for all it had to offer and the size of the park as well. There are plenty of other geothermal wonders around New Zealand, and it proves to be just another reason why the country constantly reminds me of an exquisite example of the Jurassic Period in modern times, an almost Icelandic, untouched and rugged magical place in the Southern Hemisphere.

Looking for more North Island travel inspiration? Check out my related posts below!

8 Things to do in Taupo for an Adventurous Weekend

What it Means to Fly: Skydiving in Taupo

My First 36 Hours in Wellington