What I Really Thought of Christchurch 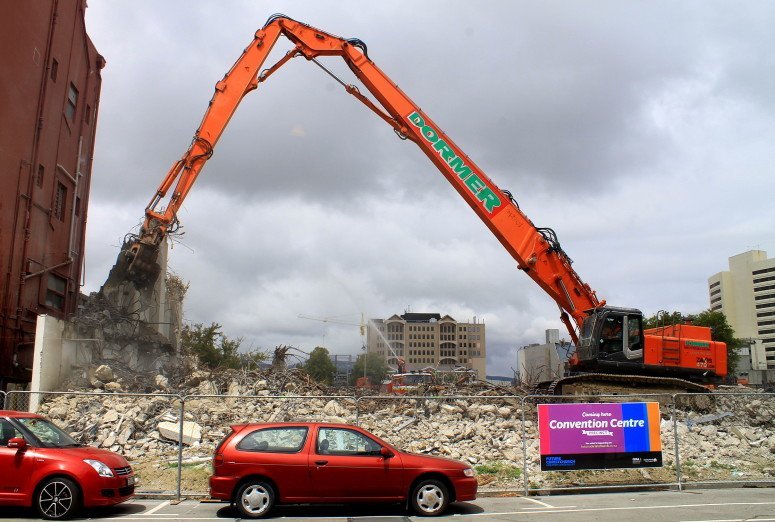 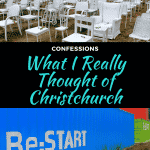 I have to be honest with you guys, I’ve been putting this post off for months.

I try to start and every time I stare into the blank page, the cursor blinking back at me, taunting me to begin. The truth is, Christchurch is a hard place to talk about because it’s not a place that I enjoyed. It’s a difficult statement to make for me, because it’s a city that has been through so much and one that I wanted to support and love with open arms.

But, in the spirit of sincerity, I thought it was finally time to share with you all what I really thought of Christchurch. 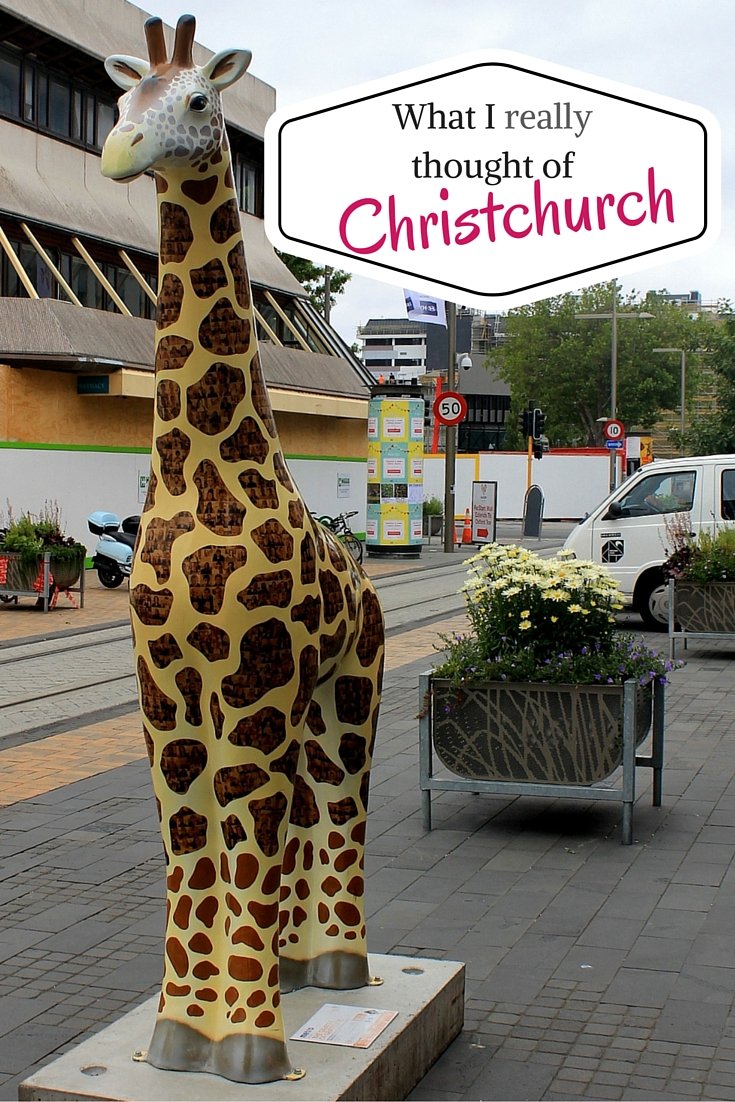 The 6.3 earthquake that occurred just outside of Christchurch on February 22nd, 2011 at 12:51 pm, wreaked havoc across the city and killed 185 people. It was New Zealand’s second deadliest natural disaster to date. 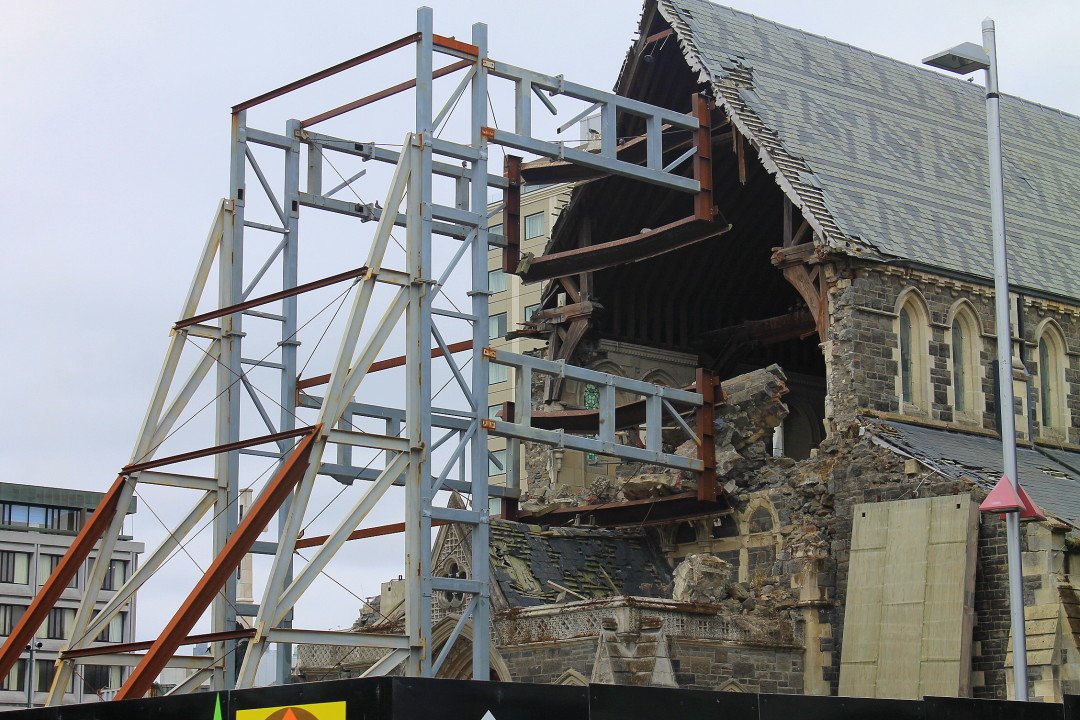 There have been ongoing efforts to rebuild and even a Re:Start movement within the city, but it doesn’t feel like there’s any heart behind it. Over four years later and the city is still defeated, emotionless, and subdued from the after effects of the quake.

There is rubble and constant construction, there are still the remains of buildings that have been left there, forgotten in the sadness. 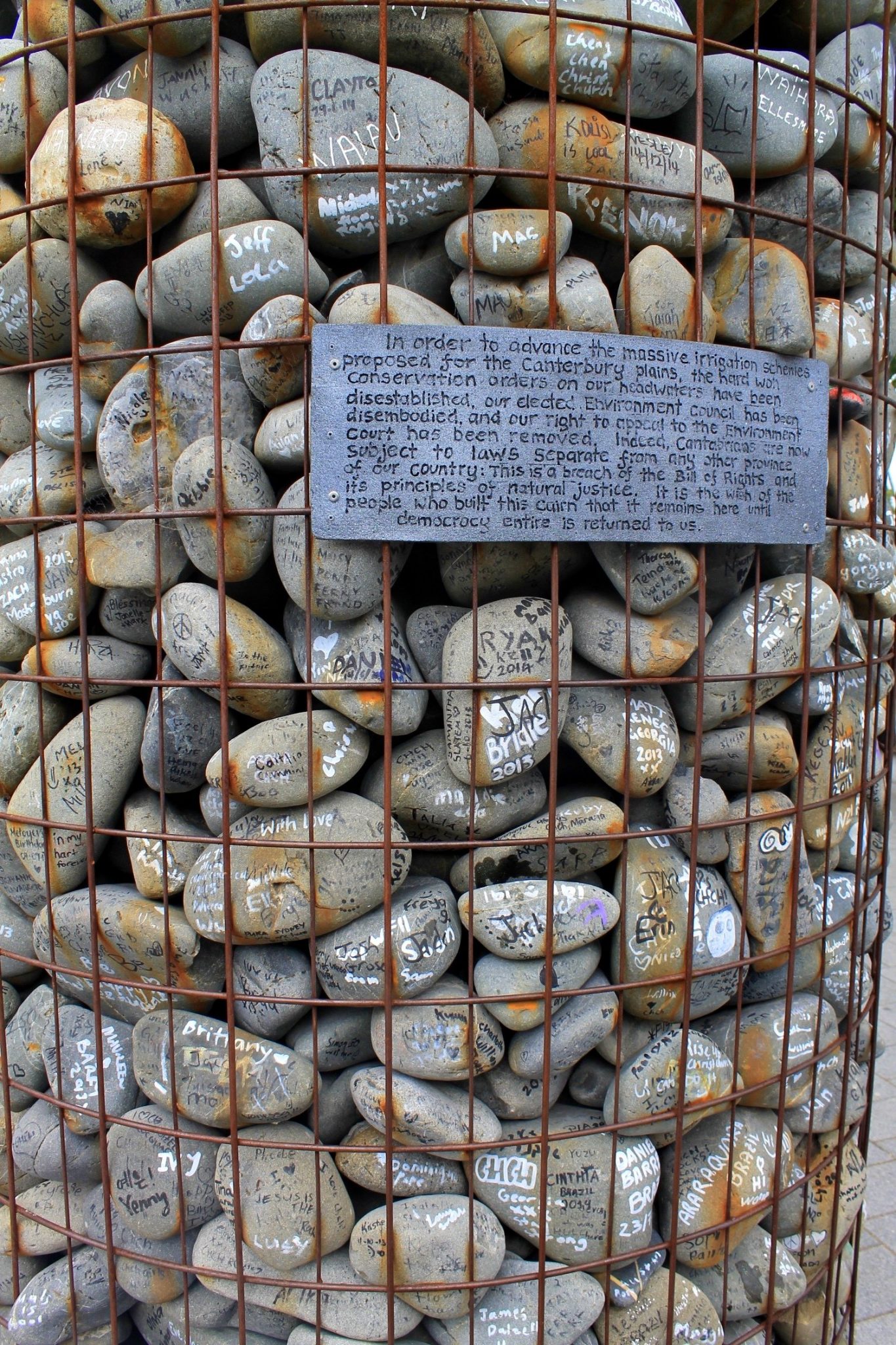 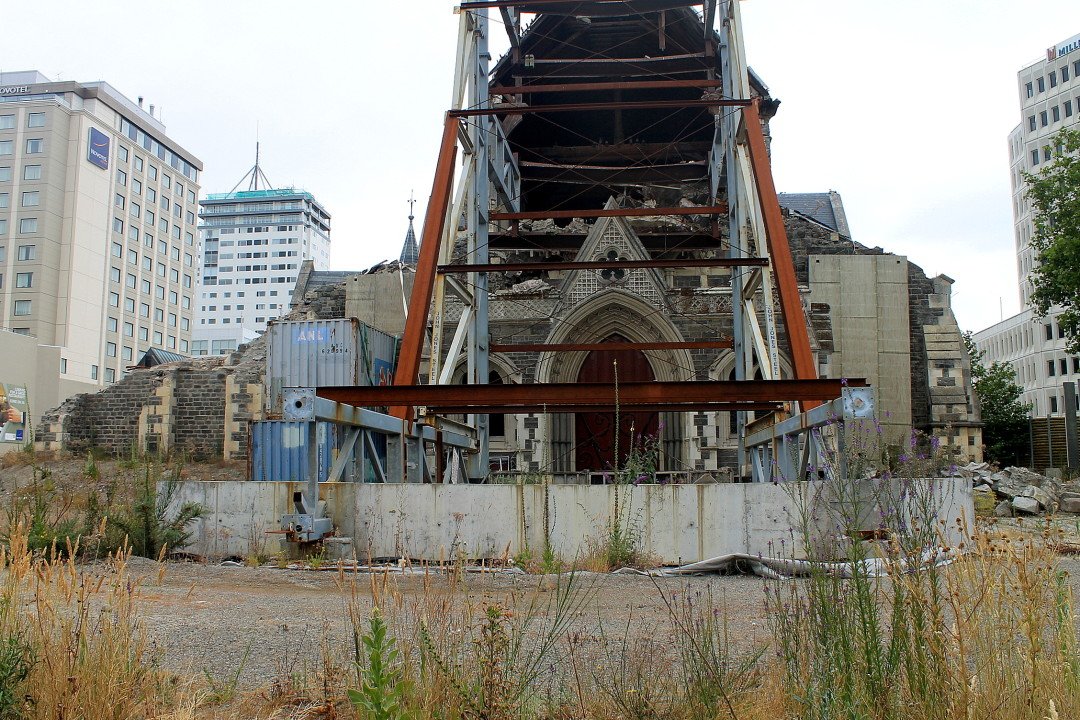 When we went on a trolley tour around town, the elderly guide constantly referenced buildings that used to be there, but barely talked about the new ones that had gone in since the earthquake. Just before we stepped off, he related to us a fond memory from childhood of the old movie theater that used to be across the street before it fell down.

Christchurch seemed to either still exist in pre-2011 or be centered around the earthquake, the general mindset was not one of the future, but of the past. 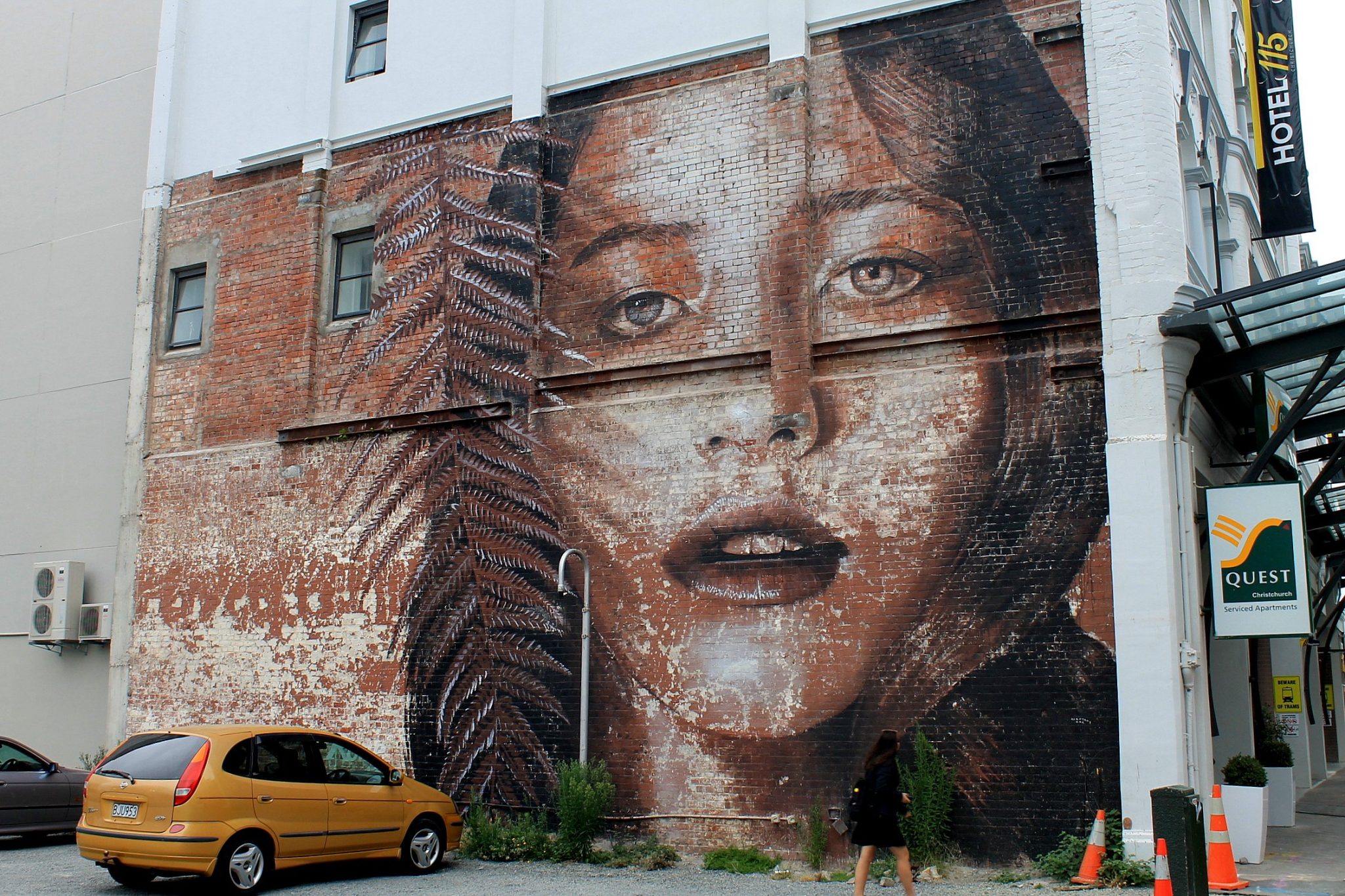 No matter what activity we chose to do, there was a lackluster joyless manner in the random strangers we came across on a daily basis. We went punting on the river at one point, and although it was a relaxing day, the oarsman’s forced jokes fell flat and awkward. The stoney faces of the other workers looked at us blankly as we came back through the shop on our way out, after kindly refusing to buy a picture we didn’t ask to have taken. 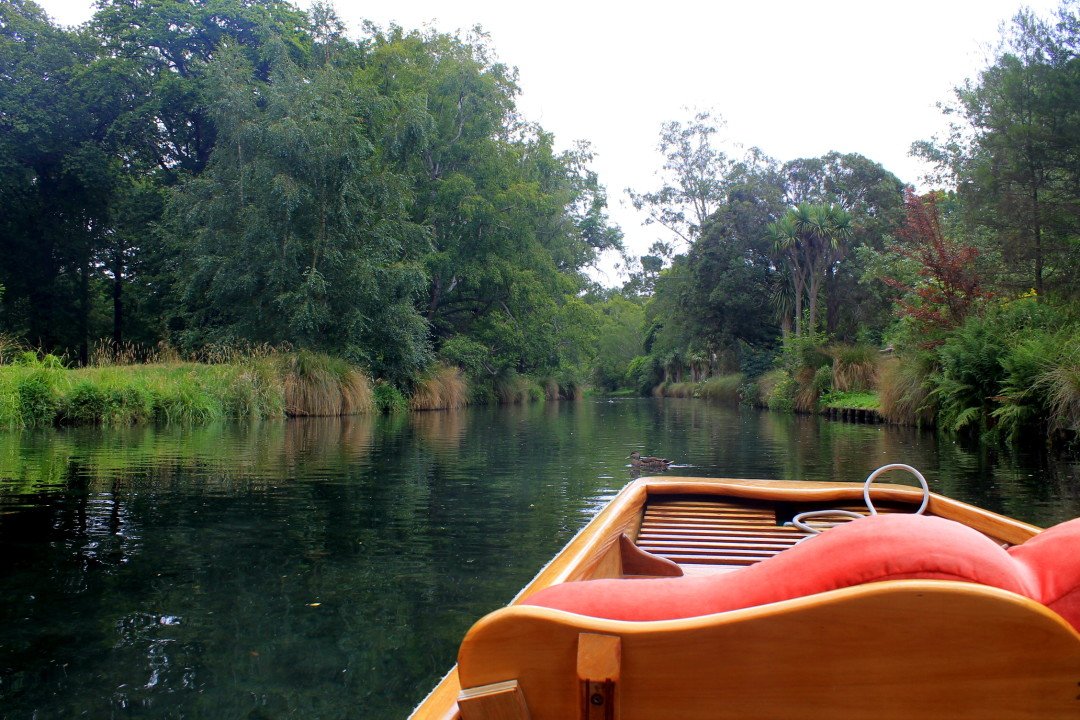 The hardest part was going to see the Cardboard Cathedral and the memorial for the many people who died in the six-story Canterbury Television building (CTV) in 2011.

I met the nicest man of my whole time in the city at the Cardboard Cathedral. He was passing out pamphlets and interested in learning more about each and every visitor that came in. He was genuinely happy for the tourists that were still coming to Christchurch, and that we were inquisitive about the earthquake and the history of the makeshift cathedral. 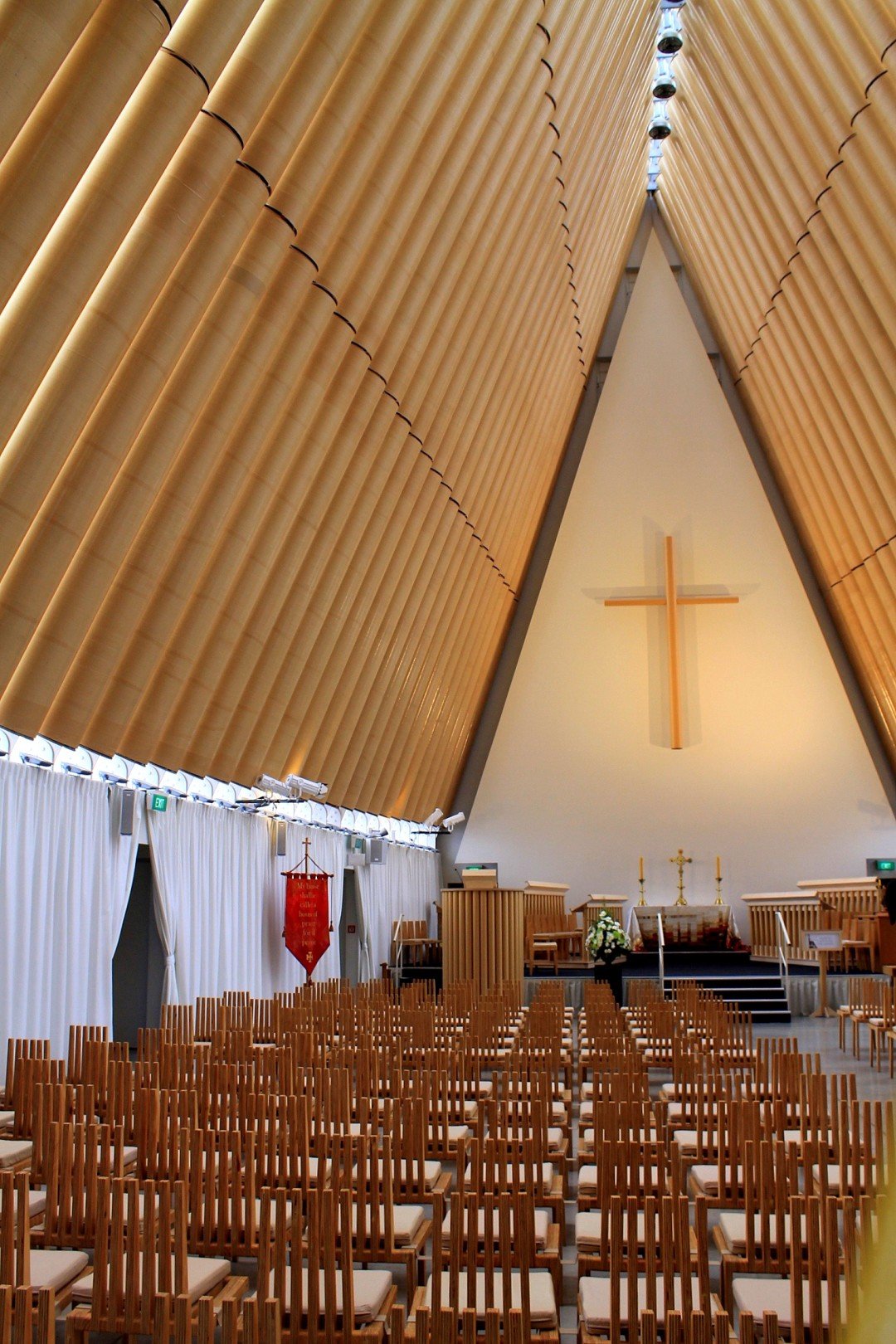 The Cardboard Cathedral is one of the few signs of hope in a city that is still recovering. It was meant to only be a transitional cathedral after the original Christchurch Cathedral fell in the earthquake, but it has become such a beloved place by tourists and locals alike that there are no plans to take it down anytime soon. The cathedral was made mainly from cardboard and structured and designed with earthquakes in mind.

Other signs of creativity and resilience could be seen in small doses around the city. While I was there, they had colorful giraffes to represent a community that stood tall. They were meant to be auctioned off last January, with proceeds that would go to local charities.

The Re:Start area of the city that I mentioned before is also a new place. It’s an artsy, alternative space that is colorful, communal, and full of food carts and music. 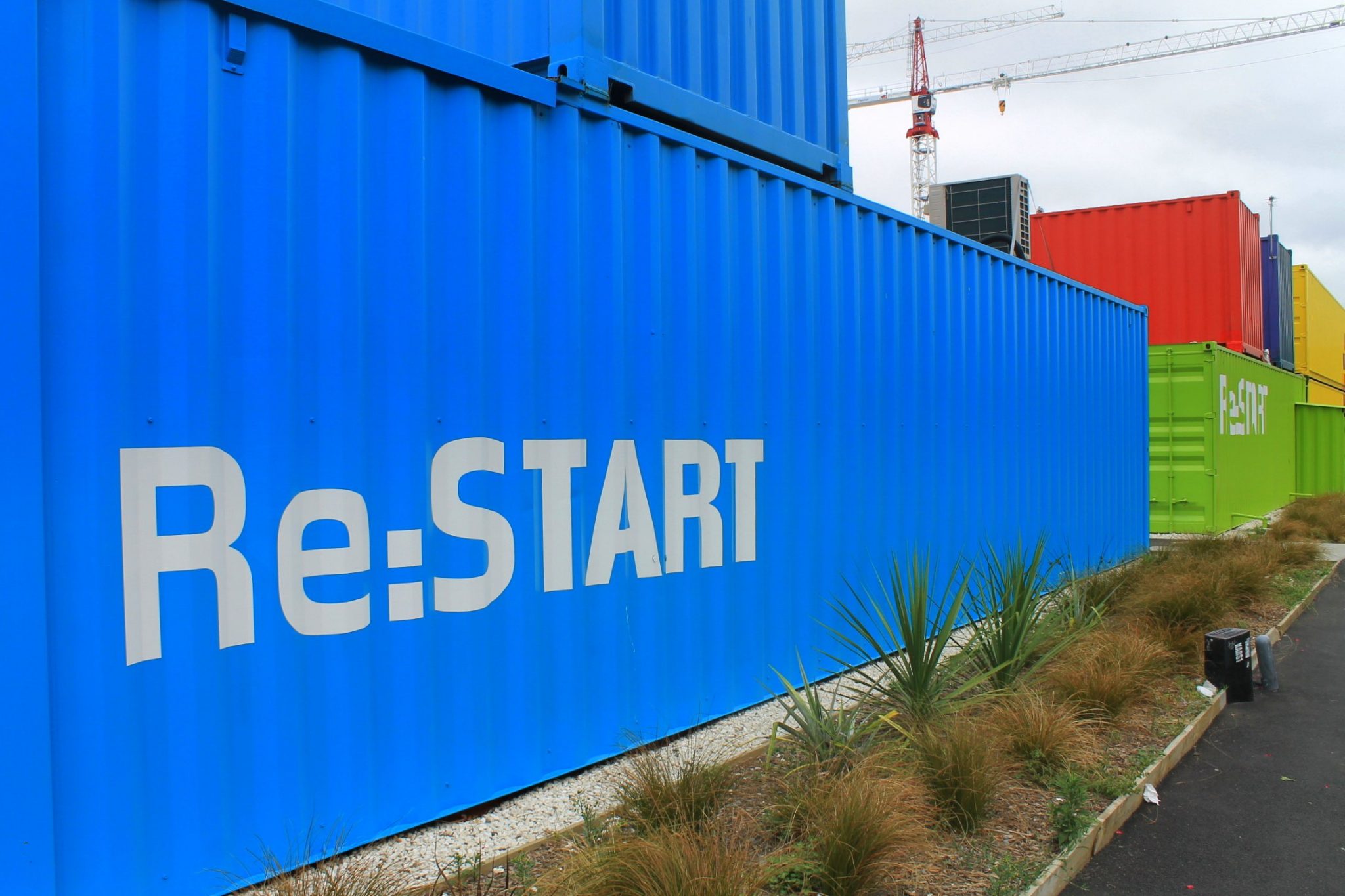 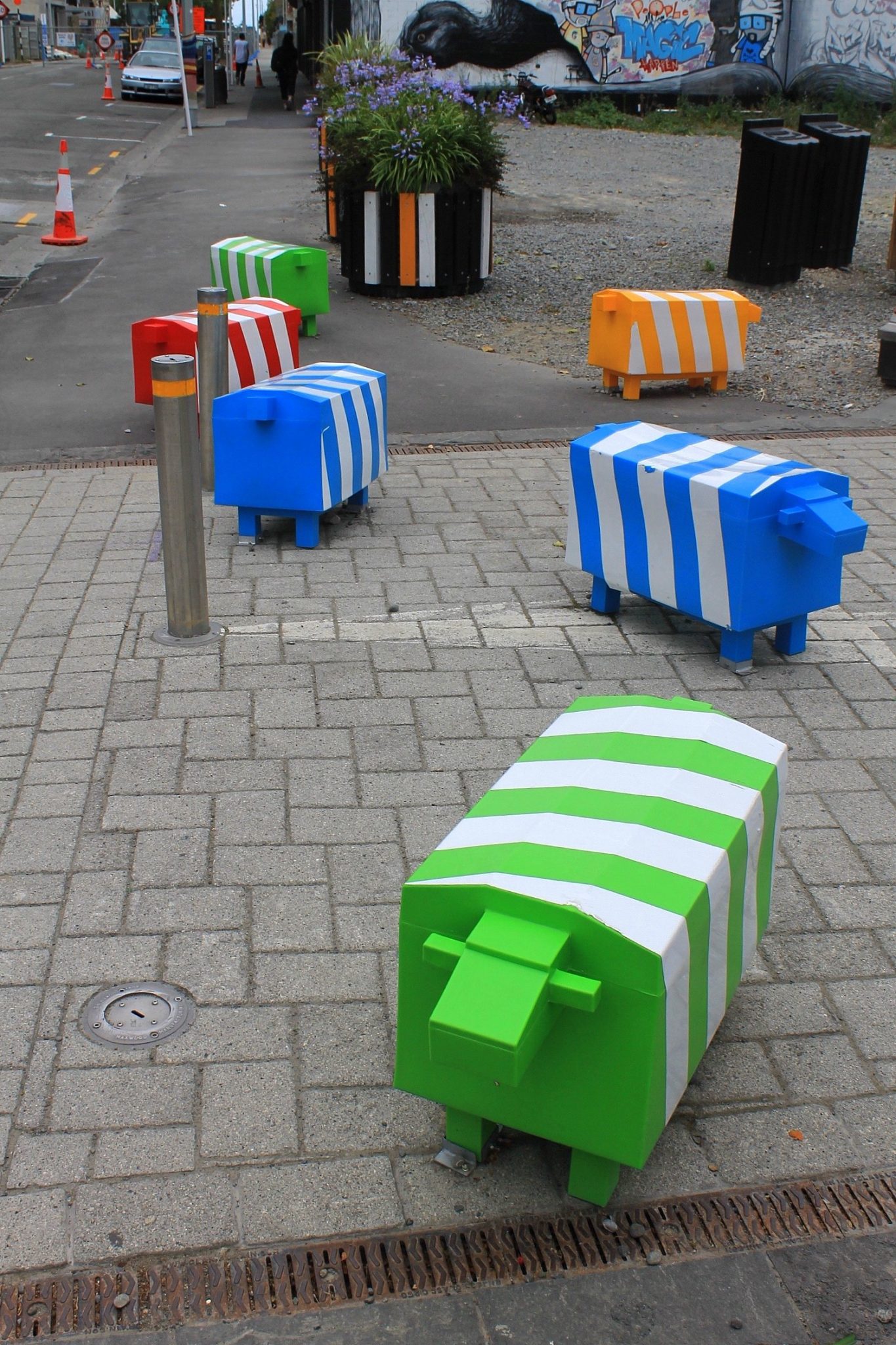 Visiting the 185 White Chairs Memorial next to where the CTV building fell was something else all together. Each chair was designed uniquely to represent each individual who perished in the earthquake. Walking around and taking my time at each spot, I stopped in front of a child’s small chair and a baby carriage. 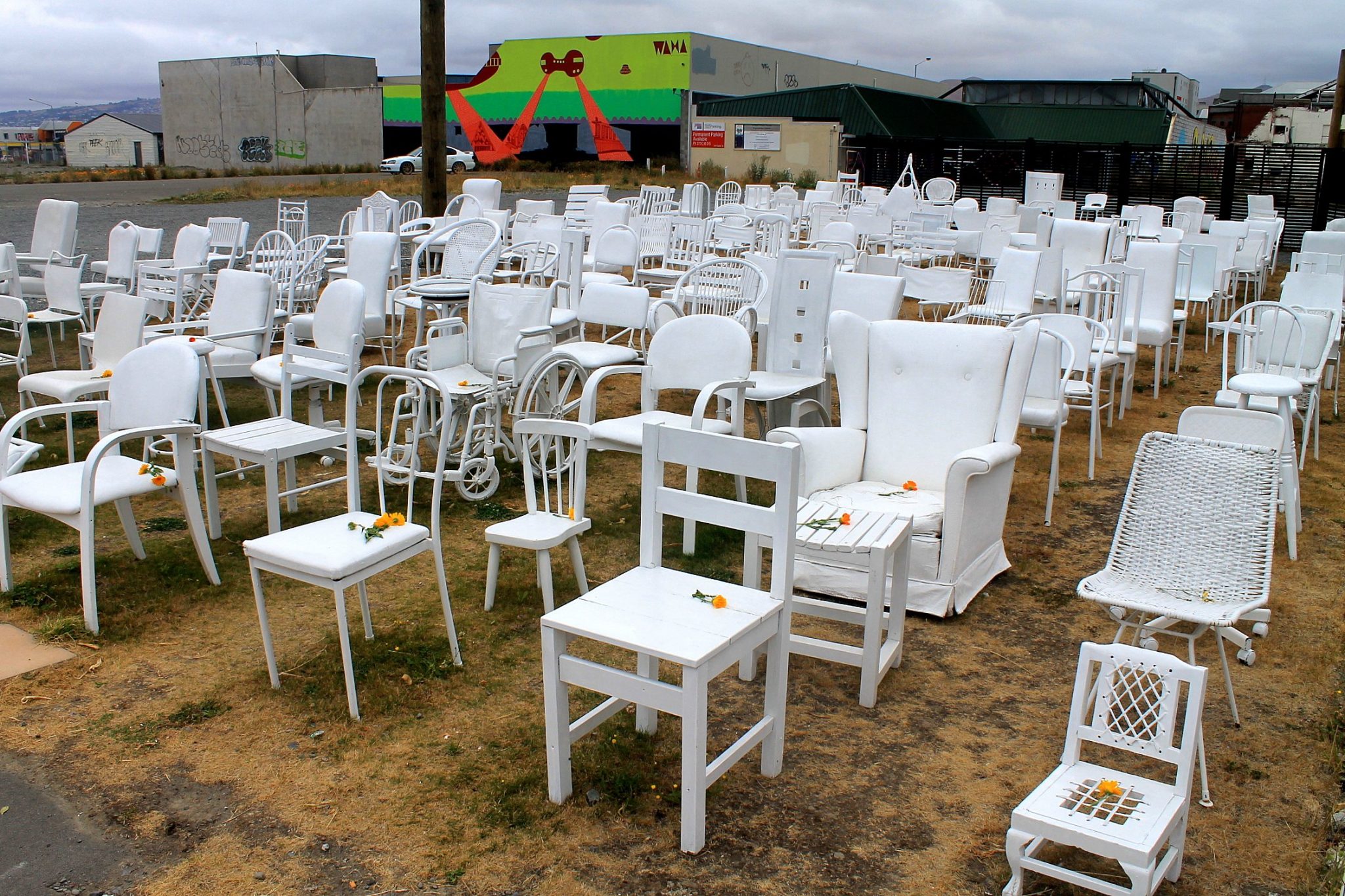 I didn’t say a word, let out a sound, or shed a tear, but inside I was raging at the unfairness of these destructive events. How often they seem to inflict pain on innocent people around the world. I felt such uncontrollable anger at the situation, until sadness took over and enveloped me. This sadness would stay with me for the remainder of my time in Christchurch. 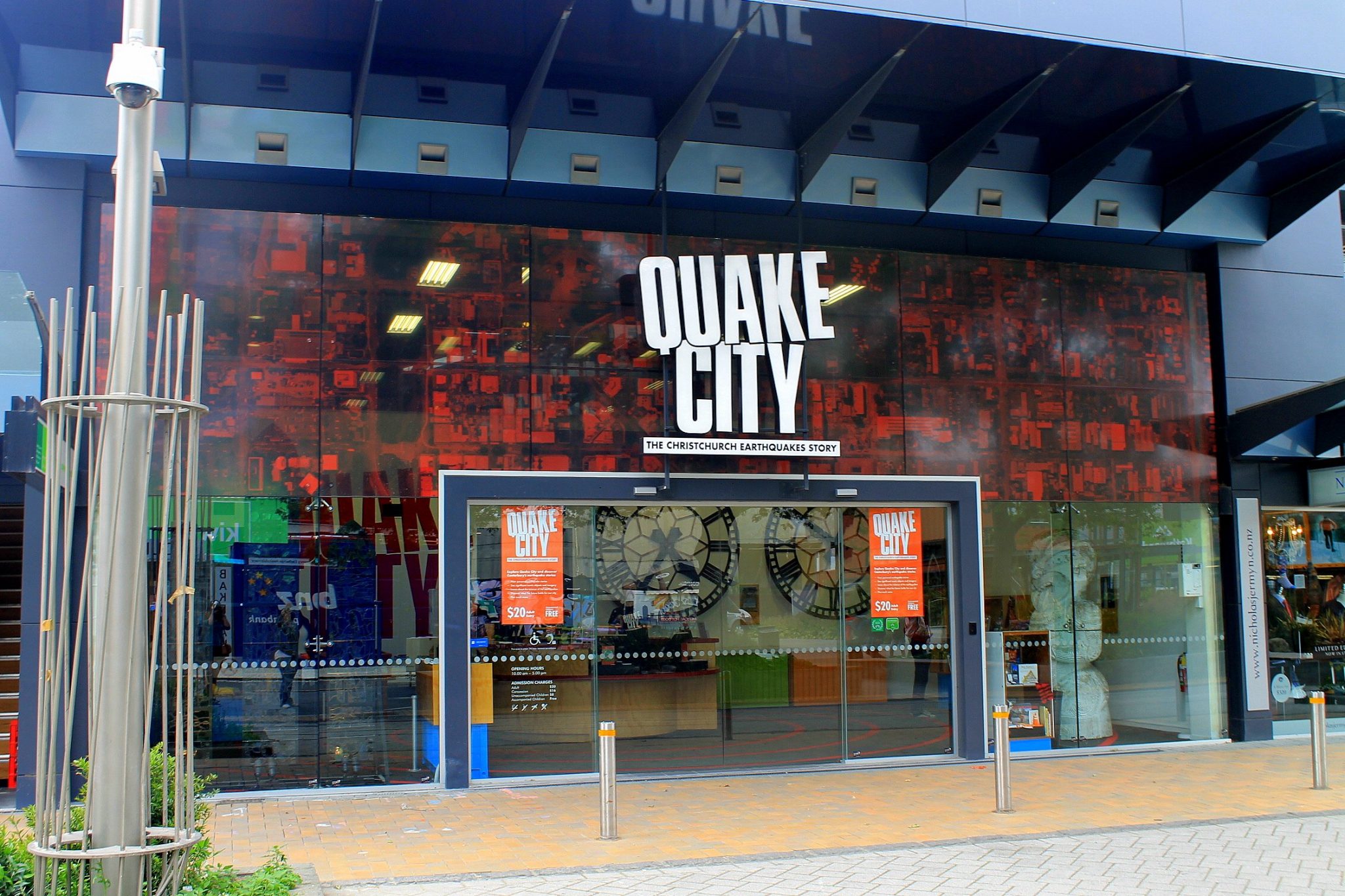 It’s somewhere I want to go back to one day and feel happy and excited to be in. In life we tend to ignore the places or memories that make us uncomfortable, but sometimes those are the most important places to visit to feel a real emotional connection.

Have you ever been to Christchurch? What were your thoughts on the city?