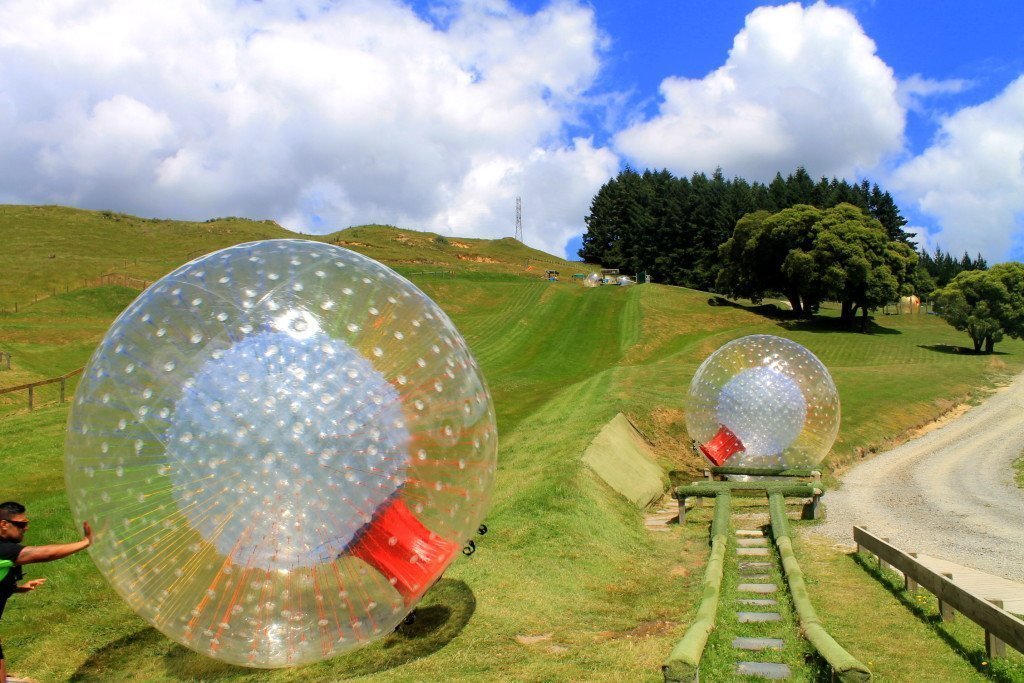 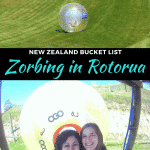 I’m baffled every time I come across a tourist who has been to Rotorua and has never heard of zorbing, so I’m here to let you in on a secret, go zorbing if you’re in Rotorua, I can guarantee it’s a very unique Kiwi experience. Ever since I came across it when I was 12 and mindlessly surfing the internet for things to do around the world, zorbing has been on my mind. It looks ridiculous, but a touch of just too much fun to pass up, I knew I had to try it.

So, when I found myself in the birthplace of zorbing last month in Rotorua, it was time to slide into that huge ball and let it roll. Zorbing was created in New Zealand in 1995, and it literally involves jumping into an orb and rolling down a big hill. Seriously, only in New Zealand.

There are two zorbing companies in Rotorua, one called ZORB, and the other called OGO Rotorua. ZORB claims to be the originals in Rotorua, which is true to an extent, but a little backstory is necessary to have the full details. Andrew Akers, the creator of zorbing, originally created the company ZORB, but left it in 2006 to start a new company, where OGO Rotorua comes in. Akers started OGO Rotorua with improved zorbing technology, and is seen as the more modernized version of the two companies, in my opinion. Now, OGO is more expensive, but from everyone that I’ve talked to who actually lives in Rotorua, it’s worth the price, and I definitely enjoyed it. There are a few different types of zorbing you can do with OGO, but the most popular is the slip ‘n’ slide version where there is water in the orb with you. That’s the one I did with my fellow Californian, Kelsey.

You can also try a dry zorb where you don’t get wet at all but you’re loose within the orb, or you can also be hooked up to a harness and truly get dizzy in the orb while still staying dry. Another option is how many people you’d like to zorb with, whether that’s going solo, with a friend, or even with two friends if you want to get cozy. I made a little video for you guys to give you an idea of the amount of glee you find in these orbs.

Have you ever heard of zorbing?