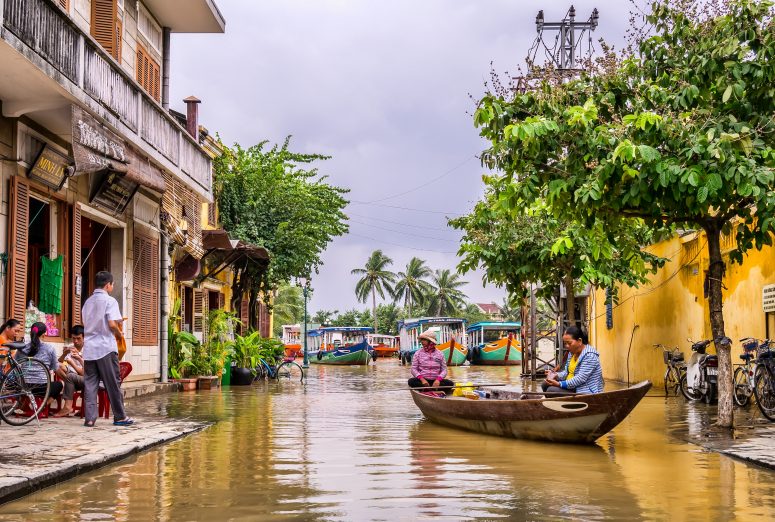 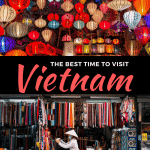 It’s always high season somewhere in Vietnam! This is the best time to visit Vietnam, depending on the region and what type of experience you're looking for.

Vietnam is split up into three different regions, each with their own climate and optimal time of the year to visit.

There's no doubt that Vietnam has breathtaking sights to see, whether it be in the countryside, on the beach, or in the heart of a bustling city.

It's a country that is also known for having a tropical climate and the type of intense moisture in the air that makes your shirt stick to your skin.

Vietnam has heavy monsoon seasons and thick humidity leading up to it, but the country also has plenty of days where the weather is beautiful.

No matter what region of Vietnam you are traveling to, there will always be a point in the year where the weather becomes more hospitable and you can enjoy the outdoors.

You should be well aware of the climate changes between the three regions of Vietnam and understand which time of year is best to travel depending on where you plan to base yourself.

Weather is an important factor in deciding where to go in Vietnam and when. So, let's dive into the best time to visit Vietnam!

What’s the best time of the year to visit Vietnam?

The best time to visit Vietnam is winter. Generally speaking, this is when the weather is the most hospitable and you won’t be completely drenched in sweat (or rain).

Winter is the best time to go to the south and central regions of the country. Popular cities in these regions include Ho Chi Minh City and Nha Trang. Granted, it will still be humid and there will still be rain, just not as much so it won't damper your days of exploring.

Peak humidity hasn’t arrived yet before monsoon season and the skies aren’t bursting at the seams with rain. It’s a bit like the calm before the storm (literally) so take advantage of outdoor sightseeing while you can.

Others may disagree, but it really just depends on your preference.

Let's have a more in depth look at Vietnam by the season to help you figure out when you should book your flight.

Vietnam by the Season (and Region) 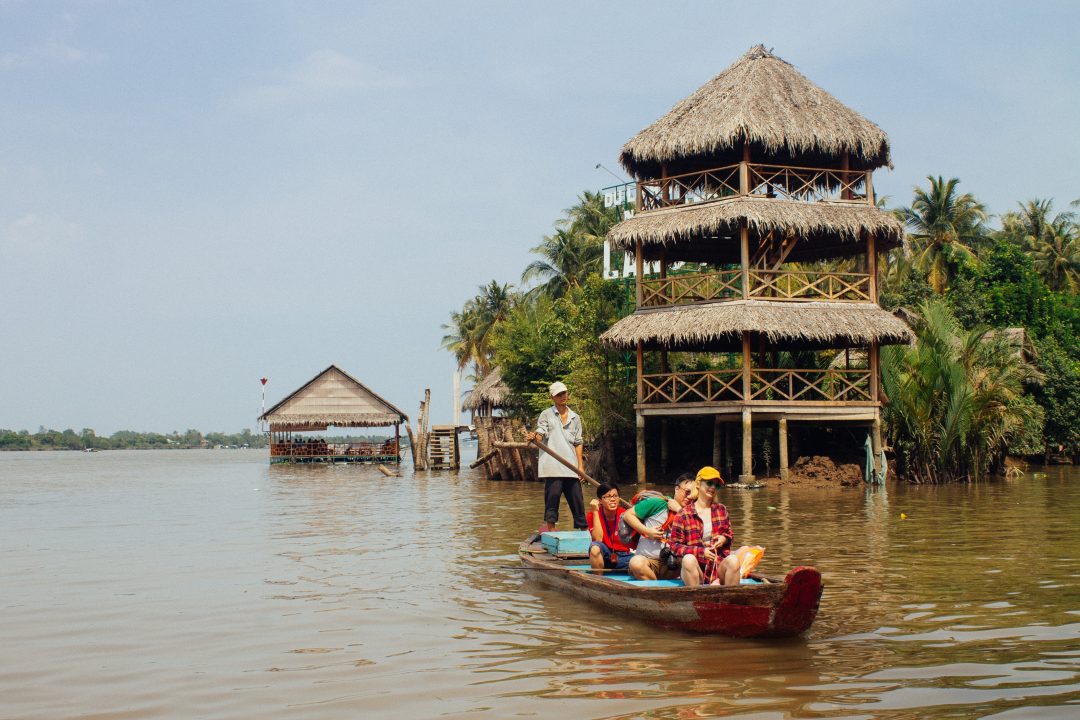 Vietnam is divided into three regions: the north, central, and south.

This is very important to keep this in mind when choosing the best time to visit Vietnam.

In order to properly plan a trip to this popular Southeast Asian country, I'd first suggest researching the region you'd like to travel to the most and plan on going when the weather in that particular region is optimal.

If you're traveling to Vietnam for an extended period of time, don't worry about the weather ruining your trip. On the contrary, when the weather is not favorable during certain months in one region, it is probably favorable in another region.

It is relatively cheap and easy to travel from one region of Vietnam to another, so you can always find the best weather that suits your travel needs.

The north's climate is the most favorable from March to May and then again from September to November.

The spring and fall seasons in the north make for a beautiful time to visit the countryside and enjoy the fair temperatures. The winter months are usually cold and wet.

The climate in the central region of Vietnam is optimal between January and August. The other half of the year is much warmer and it is when this region receives the majority of its rainfall.

The south's climate is more ideal from December to April. This is before monsoon season starts, so the temperatures are lower and the heavy rainfall hasn't begun yet. 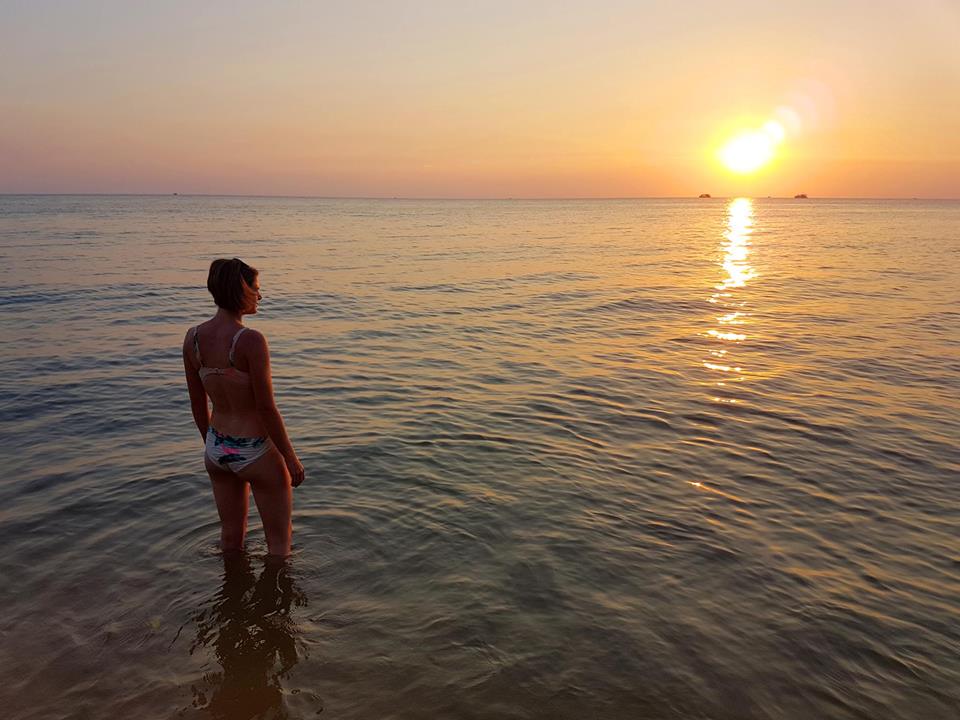 Best Places to visit in Vietnam during winter: The south and central regions of Vietnam are best visited during the winter.

Vietnam in December is full of sunny days with little rainfall. The temperature if also comfortable for spendings a lot of time outdoors.

When to visit Vietnam all depends on how willing you are able to brave some of the Asian heat and wet weather.

For many, winter is the best time to go to Vietnam and explore Ho Chi Minh City. You could also visit Halong Bay and Hanoi in the winter.

Generally, many top destinations within Vietnam should be explored during this season.

Best time to visit if you're looking for: the perfect weather to spend a lot of time outdoors.

Pro tip: If you’re visiting Vietnam during Tet, make sure you book your hotel well in advance. This is the most popular time of the year for tourists and celebrations, so hotels book up very quickly. 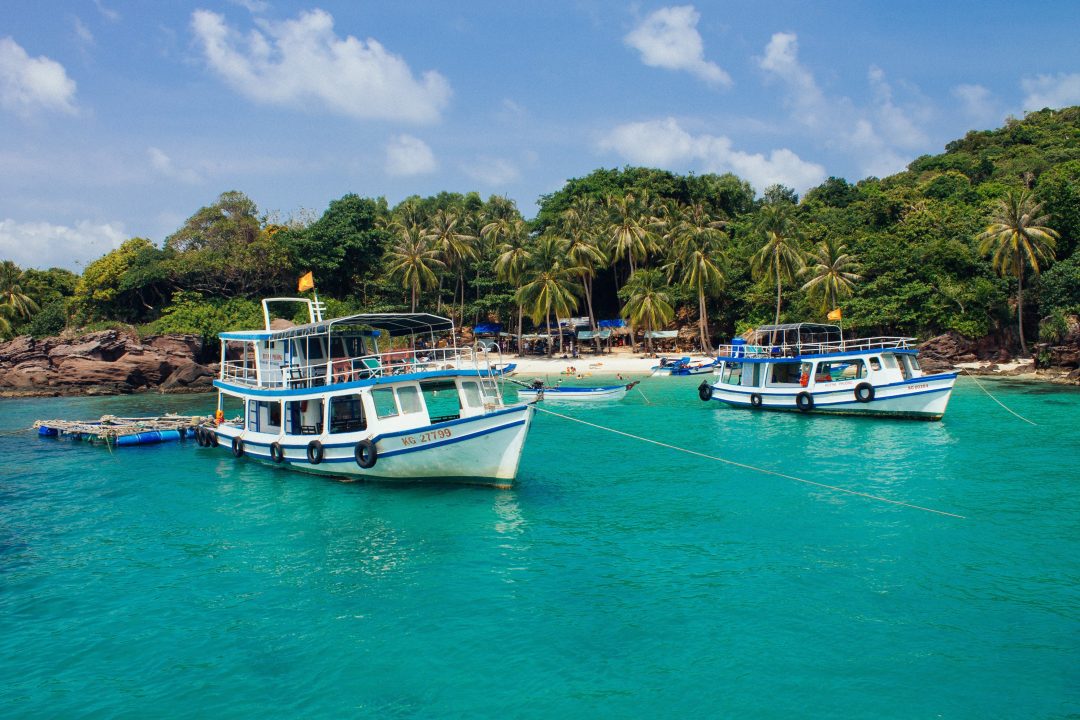 For those who don't mind sweating. All the time.

Best places to visit in Vietnam during spring: Spend most of your time in the central region of Vietnam as the temperatures are not as hot as they are in the south during this time.

This area is full of coastal beach towns the explore. Da Nang and the central highlands are also great places to visit in during spring in Vietnam.

Best time to visit if you're looking for: Coastal adventures and Vietnamese beaches. 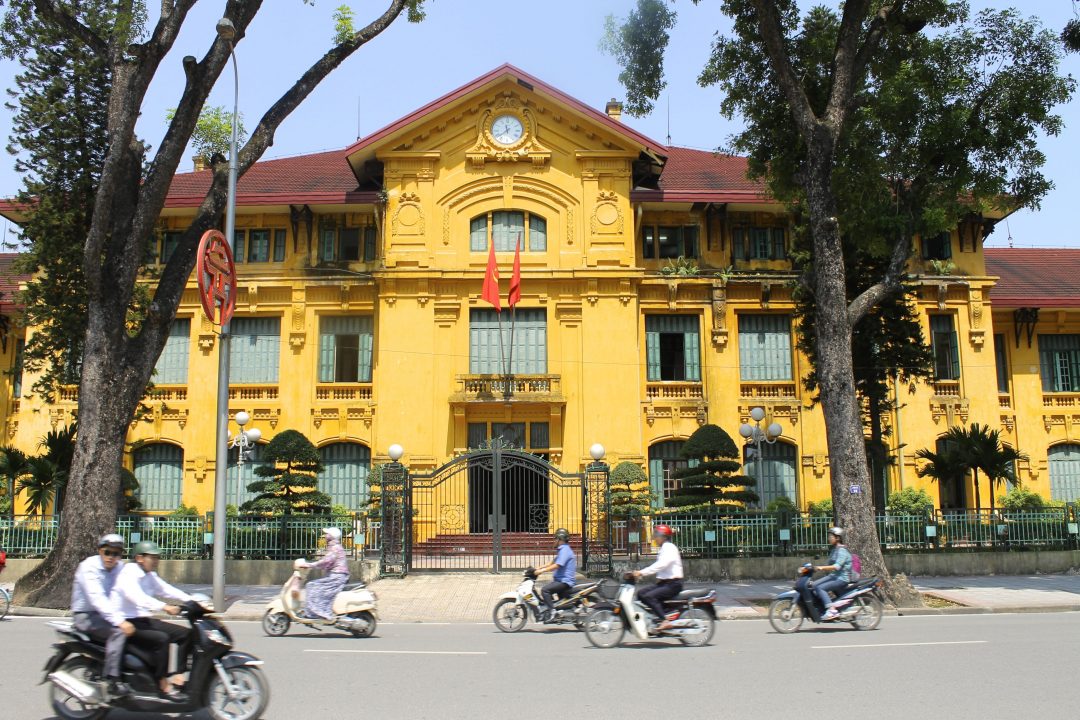 For those who are okay with warmer temperatures in the majority of the country.

Best places to visit in Vietnam during summer: Spend more time in the north during the summer since temperatures aren't as hot as they are in the south.

Head over to Sapa to see beautiful rice fields and in May spend time in the countryside where the spring flowers are in full bloom, just outside of Hanoi.

Stick with the north and central regions of Vietnam during the summer. Beach vacations are popular at this time, including Nha Trang, Phu Quac, and Hoi An.

Best time to visit if you're looking for: Adventures in the countryside and away from major cities. 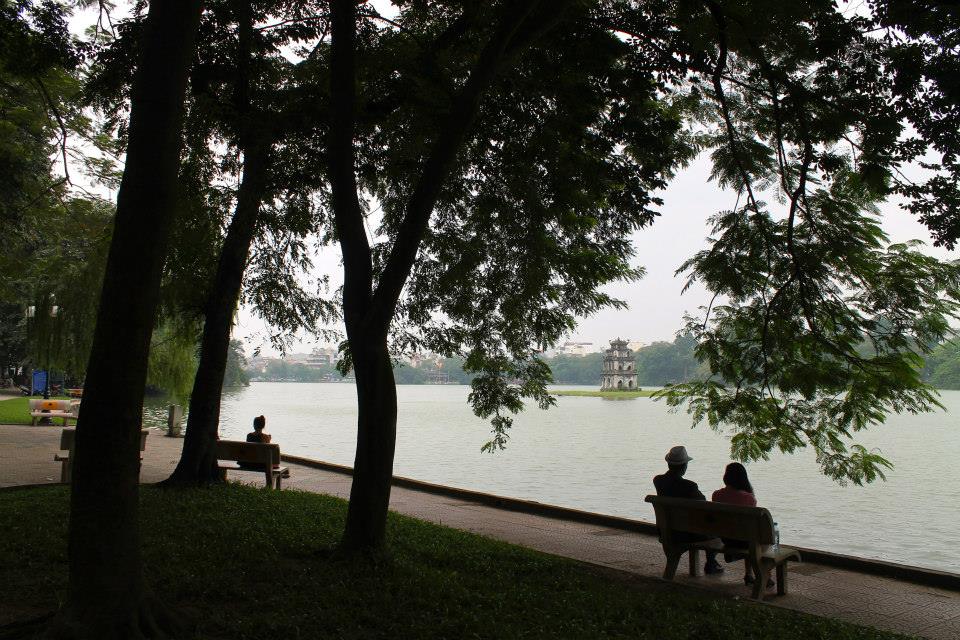 This is the best time to travel to Vietnam for travelers who don't mind dealing with hot temperatures in exchange for cheaper accommodation options and airfare.

Best places to visit in Vietnam in the Fall: Visit areas like Hoi An during this time. The weather is comfortable and the popular Mid-Autumn Festival takes place in September.

It's the perfect time to see the streets full of celebrations, parades, lion dances, and houses that set up altars to honor the full moon.

Best time to visit if you're looking for: Smaller crowds and cheaper accommodation.

Vietnam is a beautiful destination to visit all year long. Traveling to Vietnam means immersing yourself in a rich culture and history unlike anything else in Asia.

There are amazing things to do and places to discover no matter what season it is.

Of course the weather will play a role in your travels throughout Vietnam, but planning ahead and traveling to regions where the weather is favorable is your best bet.

What to Pack for Vietnam 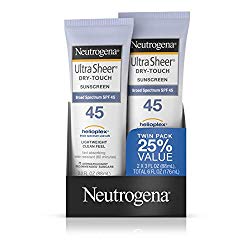 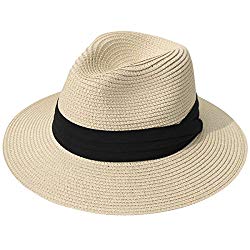 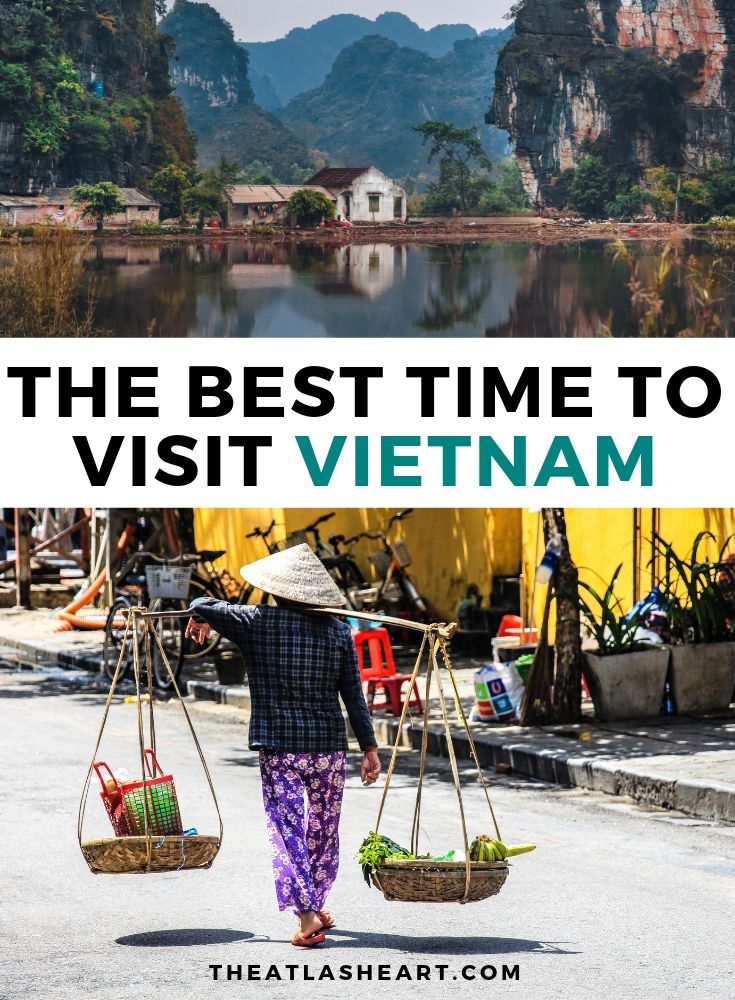 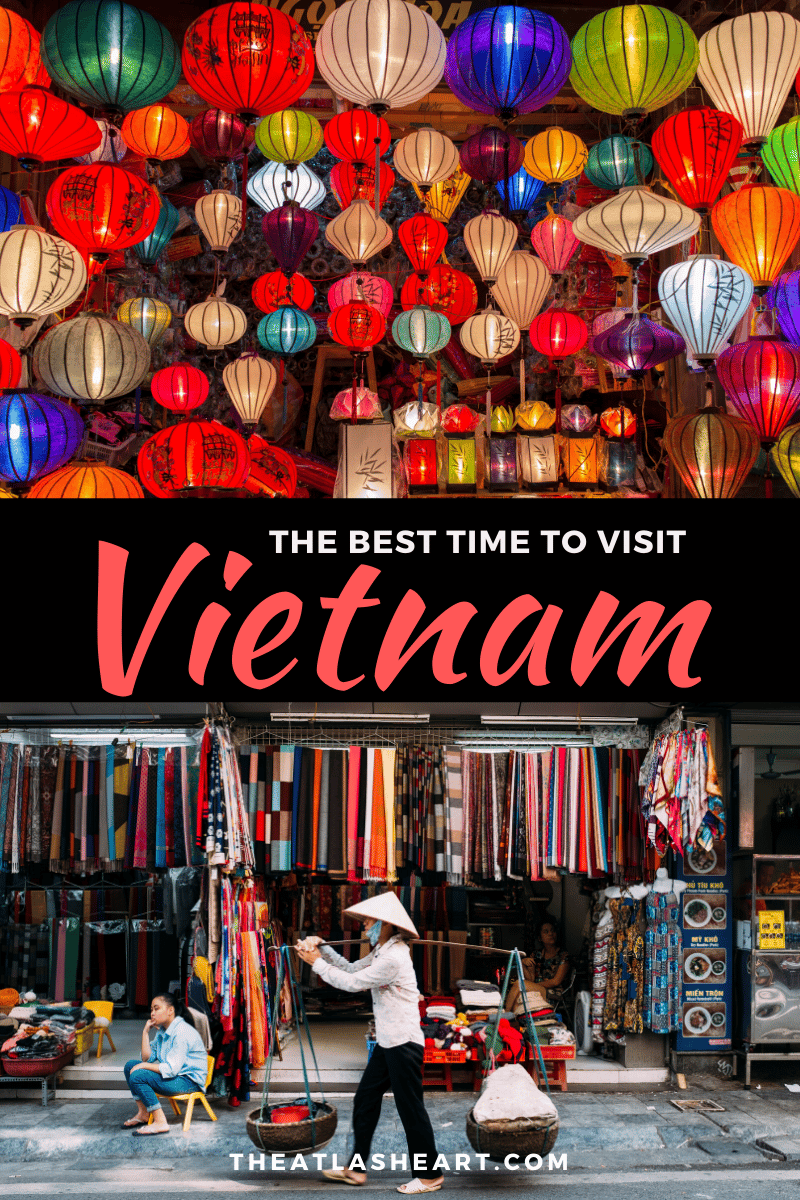 Looking for more Vietnam travel inspiration? Check out these related posts below!

6 Things to do in Phú Quốc, Vietnam

Mekong Delta Tour: A Day of Agritourism in Vietnam

A few of my favorite things about Hoi An

Getting lost (a few times) in Hanoi, Vietnam 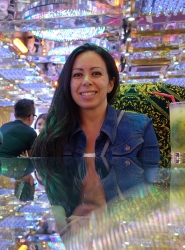 Sarah Mueller
My name is Sarah from Sarah and a Suitcase! I’m a habitual traveler and displaced Brooklyn native currently living in Northern Virginia. I provide The Atlas Heart readers with local travel tips and recommendations for where to stay in some of my favorite places around the world.