My First Visit to Mt. Rushmore & the Black Hills 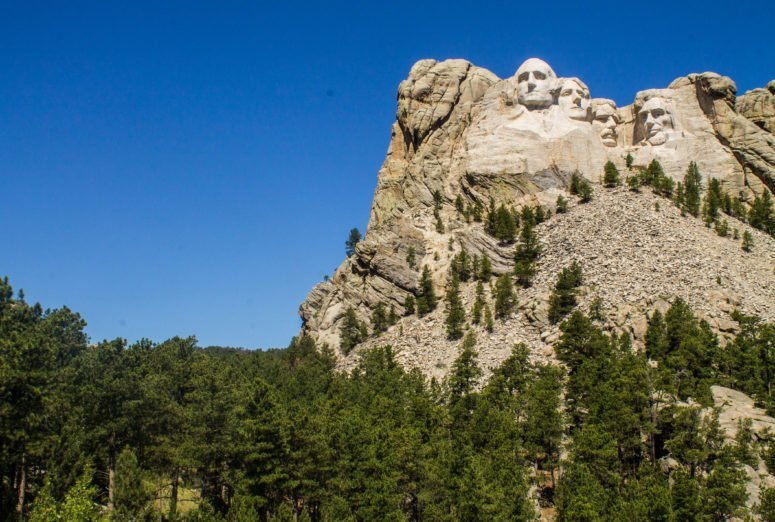 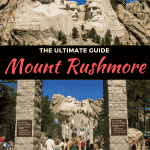 I’ve been taking advantage of my time stateside for the last year or so. I’ve managed to travel to a handful of new states – including Hawaii, Florida, Montana, Illinois, Michigan, Idaho, Wyoming, South Dakota, and North Dakota – and in the process I’ve hit my fair share of Americana sights and monuments.

One of the most iconic ones I finally got to see this summer was Mt. Rushmore. Yes, it’s just a bunch of white dudes carved into a mountain, but it also represents 150 years of American history.

Similar to what a lot of people say when they first see Mt. Rushmore, it was smaller than the pictures make it out to be. However, I gotta say there was closure in finally seeing something I’d heard so much about in person. And no matter its size, it is still an impressive human feat to look upon in person. It’s one of the most well-known road trip stops if you’re traveling around America.

South Dakota, the state where the monument is located, is not the easiest to get to.

It’s smack dab right in the middle of the US, but luckily I decided to take a road trip through the more rural parts of America at the start of this summer.

South Dakota was a little out of the way for heading up to British Columbia from Portland, but hey, it was well worth the drive.

Mount Rushmore is one of those iconic must-see monuments and USA bucket list attractions, so we didn’t want to miss it on our South Dakota road trip.

Mt. Rushmore stands at 60 feet tall. It was sculpted by Gutzon Borglum and includes the likes of four presidents: George Washington, Thomas Jefferson, Abraham Lincoln, and Theodore Roosevelt – all important men to American history. Borglum sadly died before its completion, but his son took over and finished the monument in 1941. Thus in total, it took 14 years to complete.

It was the historian Doane Robinson who originally had the idea of sculpting famous faces into the side of the mountain to help promote tourism in the area, but ultimately it was Borglum who convinced him it should be the four historic presidents.

The monument is about 30 miles from the second largest city in South Dakota, Rapid City. Although it’s not a long drive, I would recommend spending at least a night or two in the Black Hills if possible. The hills are sacred to many Native American tribes, and it’s not hard to feel the magic in the forests as you drive through them. Not to mention, there are so many other activities to do than just a quick drive-by of Mt. Rushmore. Although we only had a night there, I would’ve loved to have closer to 3 or 4 nights.

As I mentioned above, the Black Hills, where Mt. Rushmore is located, is much more than just the one famous monument. Besides the abundance of hiking trails and beautiful scenery in which to get lost, there is the Crazy Horse Memorial. This memorial is arguably even more impressive than Mt. Rushmore. It’s currently the world’s largest sculpture in progress, unfinished since 1948. When it finally is completed, and I do hope it will be in my lifetime, it will be 10x the size of Mt. Rushmore. Crazy, right!?

The Crazy Horse Memorial was started in 1948 by a man called Korczack Ziolkowski, and he worked on it by himself for the majority of his life, his sons joining him once they were old enough. He was hired by Chief Henry Standing Bear to honor the history and traditions of the Native American tribes who have called the Black Hills home for so many years. Crazy Horse was a war hero of the Oglala Lakota Tribe and led the Sioux resistance against white men coming in and taking over the Black Hills.

Chief Henry Standing Bear thought it was about time that Native Americans had their own hero on the side of a hill after Mt. Rushmore was built. Thus, the idea of a much larger installation representing an important figure in Native American history was brought forth.

Crazy Horse was one of the most revered men by local Native American tribes, and is still honored to this day. The memorial stands not only as a way to show their profound respect for Crazy Horse, but as a way to honor all of their ancestors and the hardships they’ve had to go through at the hands of white men.

Besides a great lookout over the huge memorial, there is an interesting Native American museum and cultural center that gives a detailed overview of the different local tribes, the Native American way of life, art, and the varied traditions. There’s also a restaurant and often live Native American music or performances to enjoy.

It’s still very much a family-run operation today and the Crazy Horse Memorial doesn’t accept any funding from the government. Everything for the project is funded from admission costs and donations. With over 1 million visitors per year and $11 admission cost per person, it’s not the worst budget.

I only wish I would’ve had more time to explore the Black Hills to discover more treasures within the deep forests. It’s a place that one could easily get lost in for a week, and still not touch the surface with the amount of natural beauty there is to see.

Have you been to the Black Hills or Mt. Rushmore before? What is your favorite famous US monument? 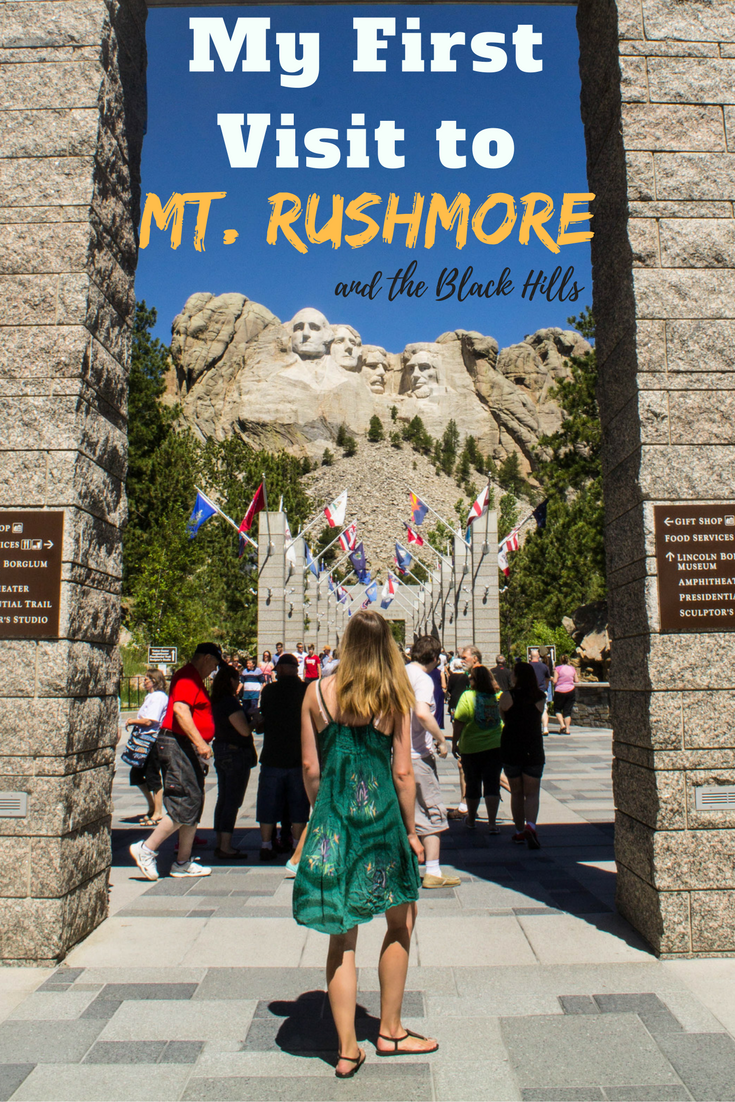 14 thoughts on “My First Visit to Mt. Rushmore & the Black Hills”