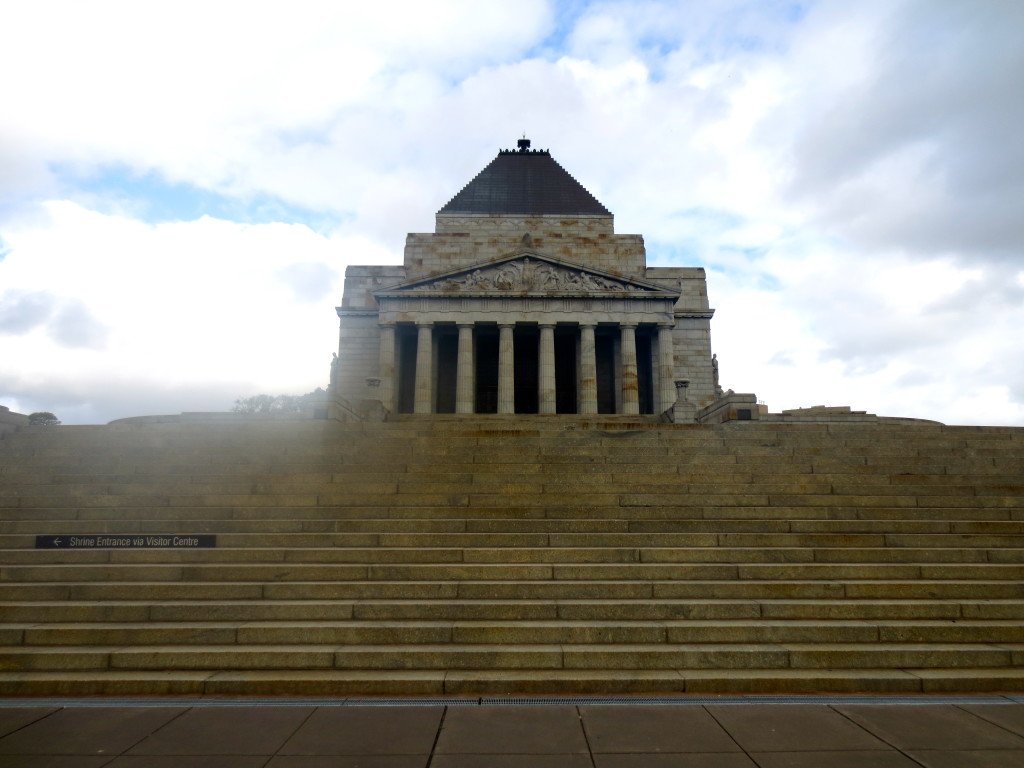 Over drinks with an Aussie friend, I was talking about my birthday and how it usually falls around Memorial Day weekend. She looked at me blankly, clearly having no idea what I was referencing. Oh right, Memorial Day is an American holiday.

It’s so strange when you make those realizations abroad, that aspects that are such an institution in your culture, such as public holidays, aren’t recognized in other countries. Although I must say, one of the best Fourth of July’s I’ve had was actually in an American holiday. 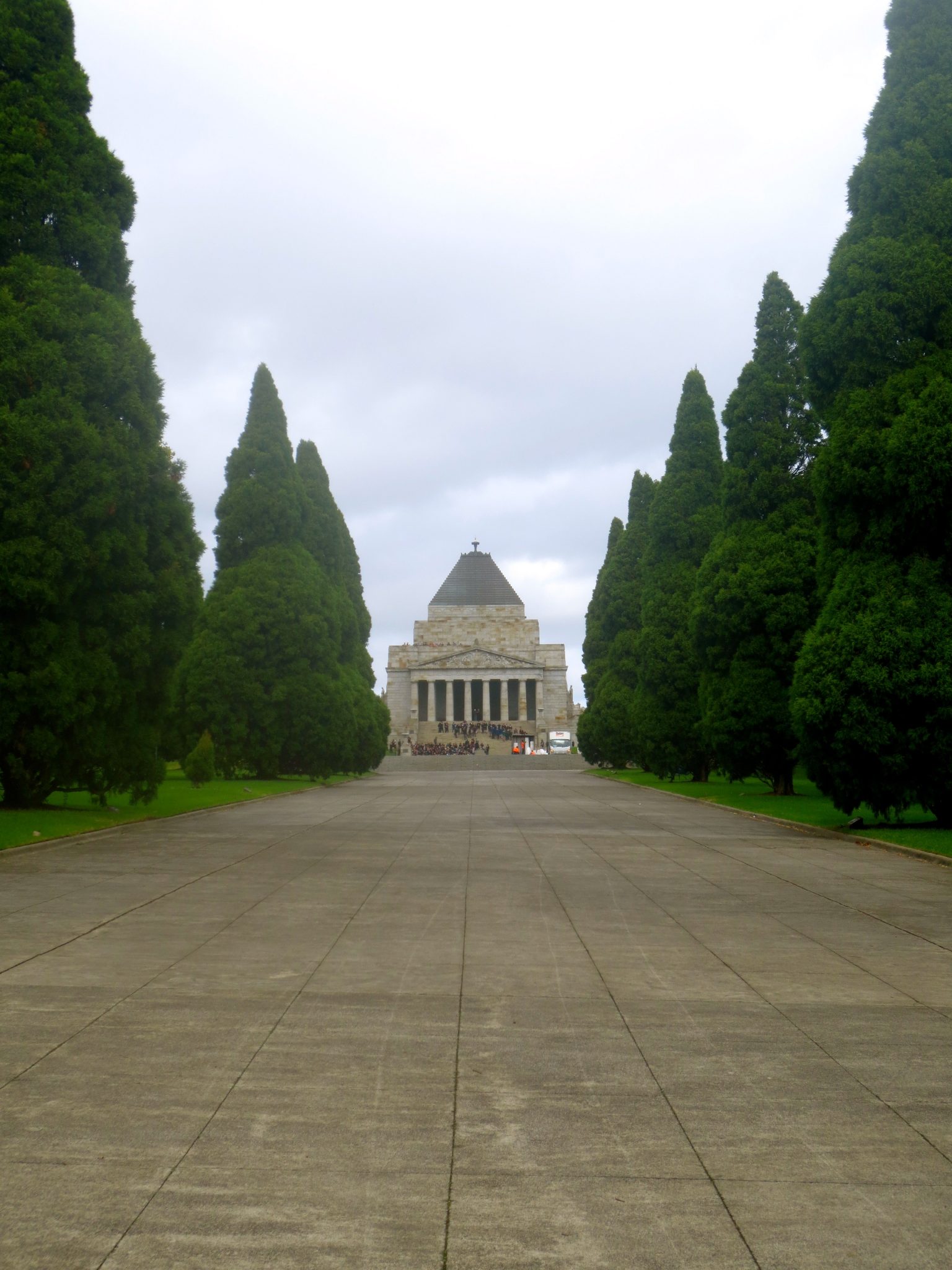 As I explore more of Melbourne, I keep coming across signs for the upcoming holiday in Australia, ANZAC Day.

ANZAC day, from what I’ve researched, seems to be a similar holiday to Memorial Day in the States. There are ANZAC eve celebrations at local pubs, but also more somber events such as the dawn service at the Shrine of Remembrance. 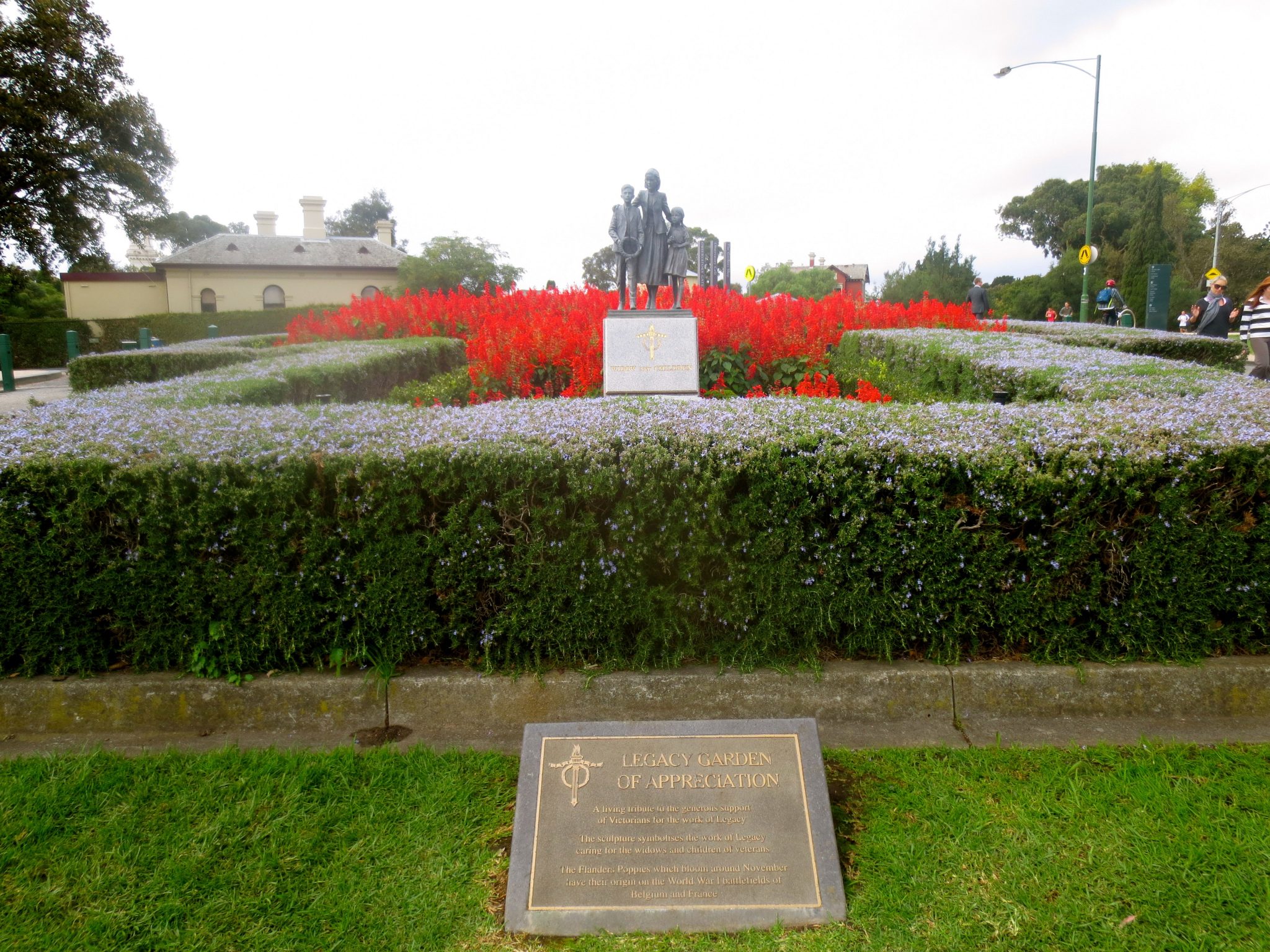 ANZAC is an acronym for Australian and New Zealand Army Corps. Sadly, in ethnocentric American classrooms, I never heard much about wars fought by Australians and/or New Zealanders, and so I find it fascinating learning about that history now that I’m immersed in the culture.

ANZAC Day started from the first World War, after over 8,000 Australian soldiers were killed. It’s celebrated on April 25th because that’s the anniversary of the first day of major military action by the Australian and New Zealand forces in 1915 (when Australia had only been a sovereign nation for a mere 13 years).

It has become a day of remembrance, not only for those who gave their lives in the first World War, but also for any others who have died for their country in subsequent wars since then. 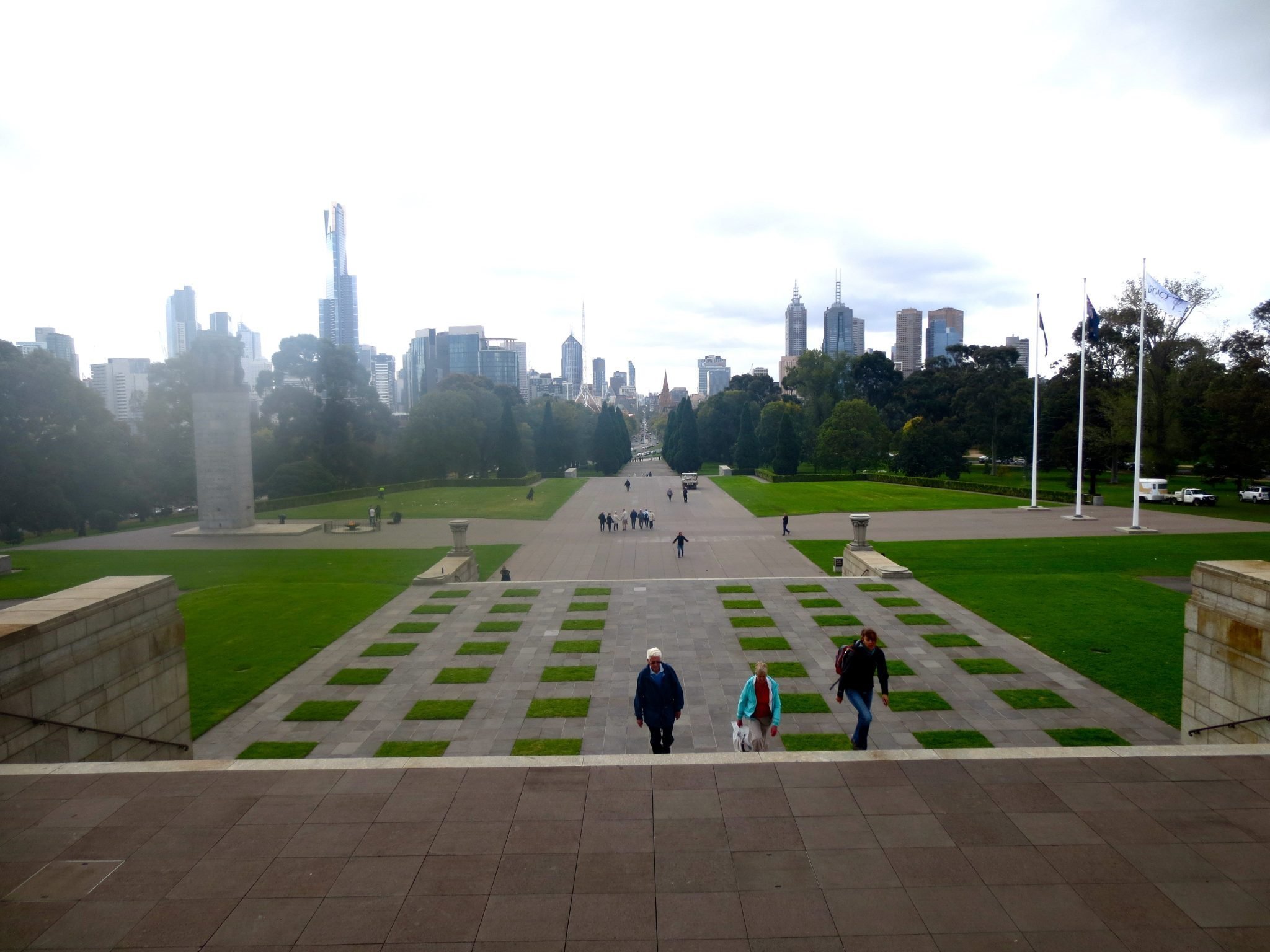 A few days ago, after exploring the beautiful Royal Botanical Gardens, I ventured over to the Shrine of Remembrance and the Eternal Flame that is always burning.

I walked into the visitor center and read all about the history behind ANZAC Day, afterwards finding my way into the crypt, and I even stumbled upon a memorial service that was going on inside the Shrine for a fallen soldier.

I paused when I realized what I had walked into, respecting the moment of silence, and feeling a wave of emotion come over me when the unfamiliar military call was played. 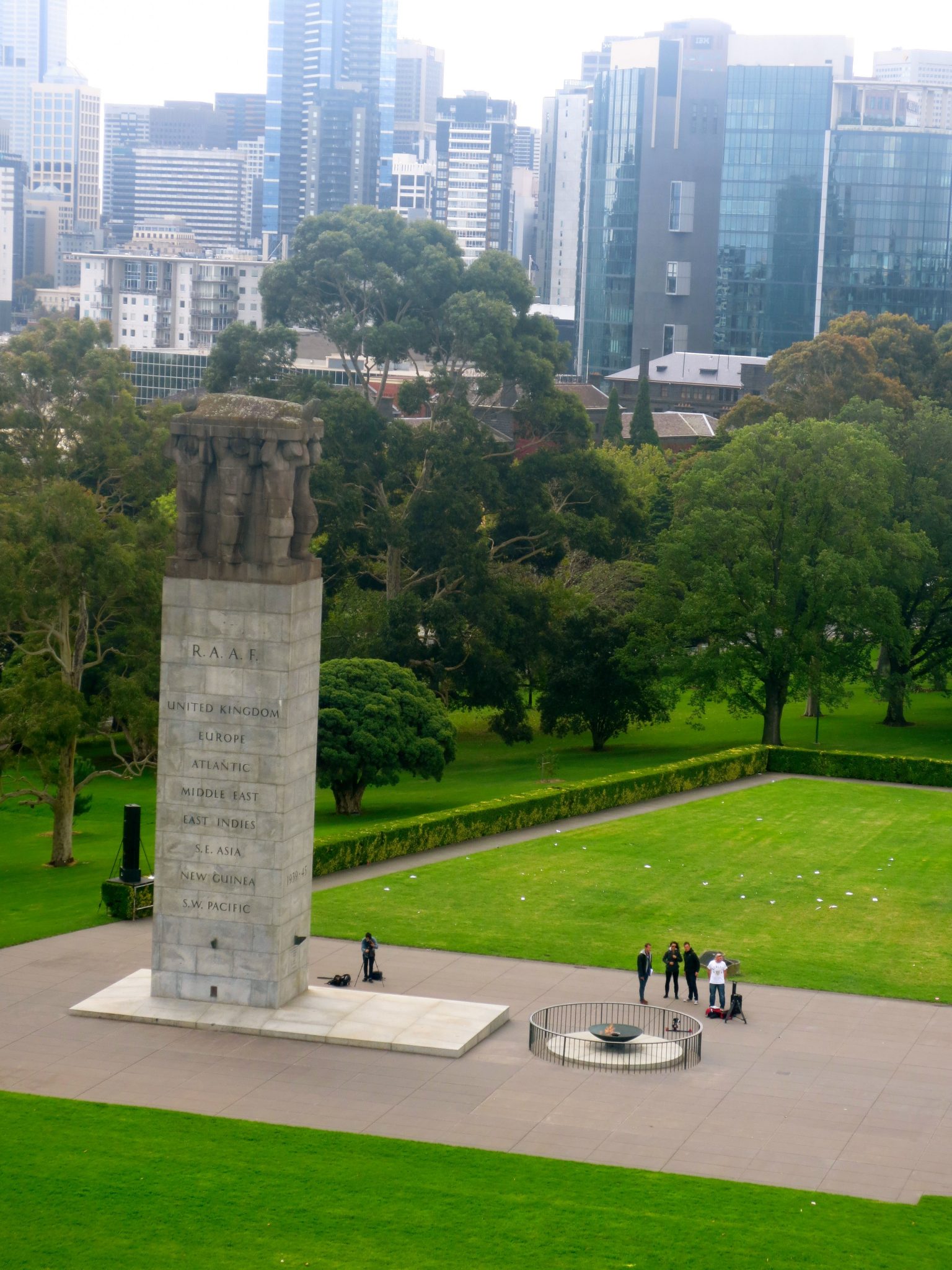 I eventually made it to the top of the shrine, completely alone with no other tourists or school groups disrupting my time for reflection.

I was glad I was able to pay my respects to these fallen soldiers, no matter if they come from a different country than my own. It reminded me of visiting the 9/11 Memorial in New York City last year, and the feeling I had when visiting Auschwitz a couple summers ago; the respect and rush of emotions that went out to those who perished in both.

For this year’s ANZAC Day, I’m hoping to attend the dawn memorial service to pay my respects, and maybe even bake some ANZAC biscuits for my housemates to celebrate the day.

Have you heard of ANZAC Day? What different holidays have you discovered abroad before?