Life is a Journey, not a Destination 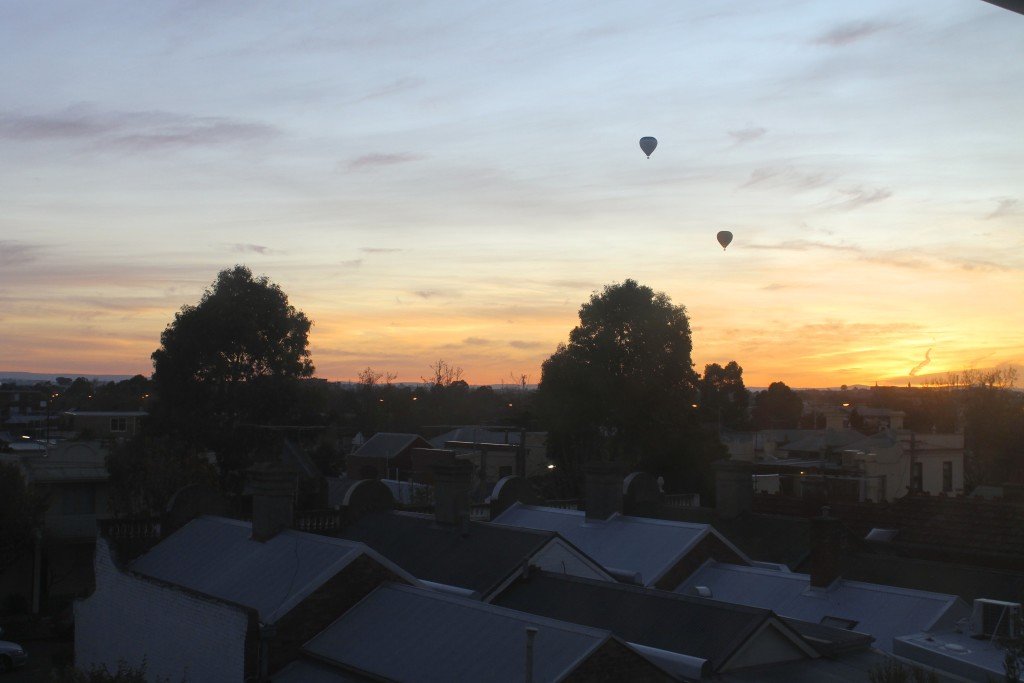 Finding my place in a new city thousands of miles away from home.

At a recent get together with my bartender coworkers, there was a point in the night where we had all drank a fair amount of craft beer and were dancing ridiculously to Hot Chip.

I’m talking the kind of dancing you usually save for being alone in your bedroom when no one will ever see what kind of moves you truly possess.

That may seem like a weird time to have an epiphany, but I remember taking a second to just look around me and realize how lucky I felt to have met all of these people. I felt so close and at ease with them, when a few months ago I had no idea who they were.

The words “life is a journey, not a destination” by Ralph Waldo Emerson came to mind. 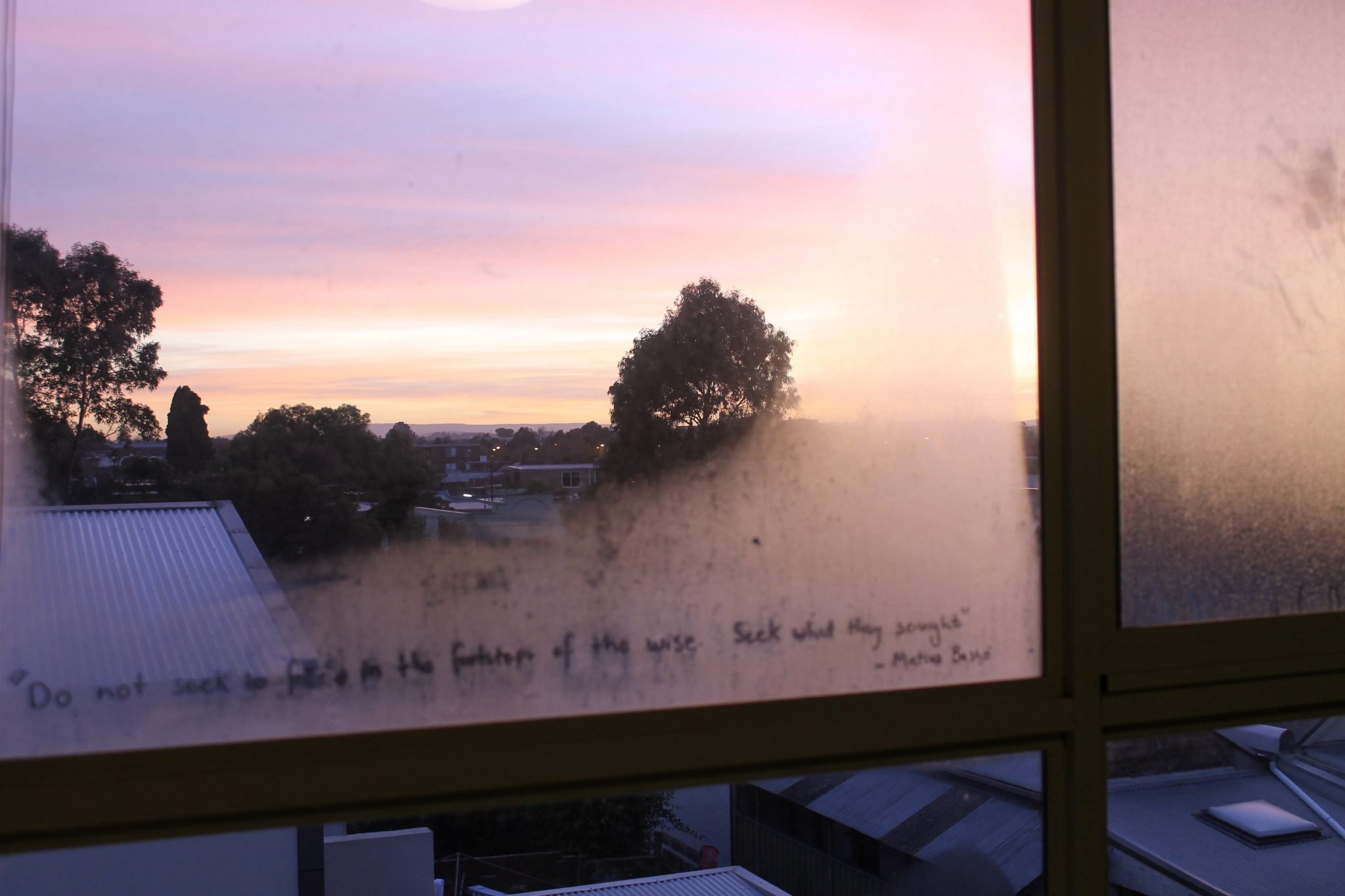 As common as that quote might seem, the most important life lesson I’ve learned from traveling is exactly that idea. This is especially the case when it comes to the people you meet and the bonds you form while on the road.

I should’ve realized this sooner, being a psychology major and all, always in love with the idea of understanding people on a deeper level, yet it has taken me awhile and a few hurtful relationships to realize that attachment does not always have to hold a negative connotation.

I remember writing this piece a few months back on being alone vs. being lonely as a solo female traveler, and now when I read it, it feels as if I’m in a completely different city.

That’s because the places you travel, no matter how beautiful and exciting they may be, are different to everyone depending on who you meet along the way. 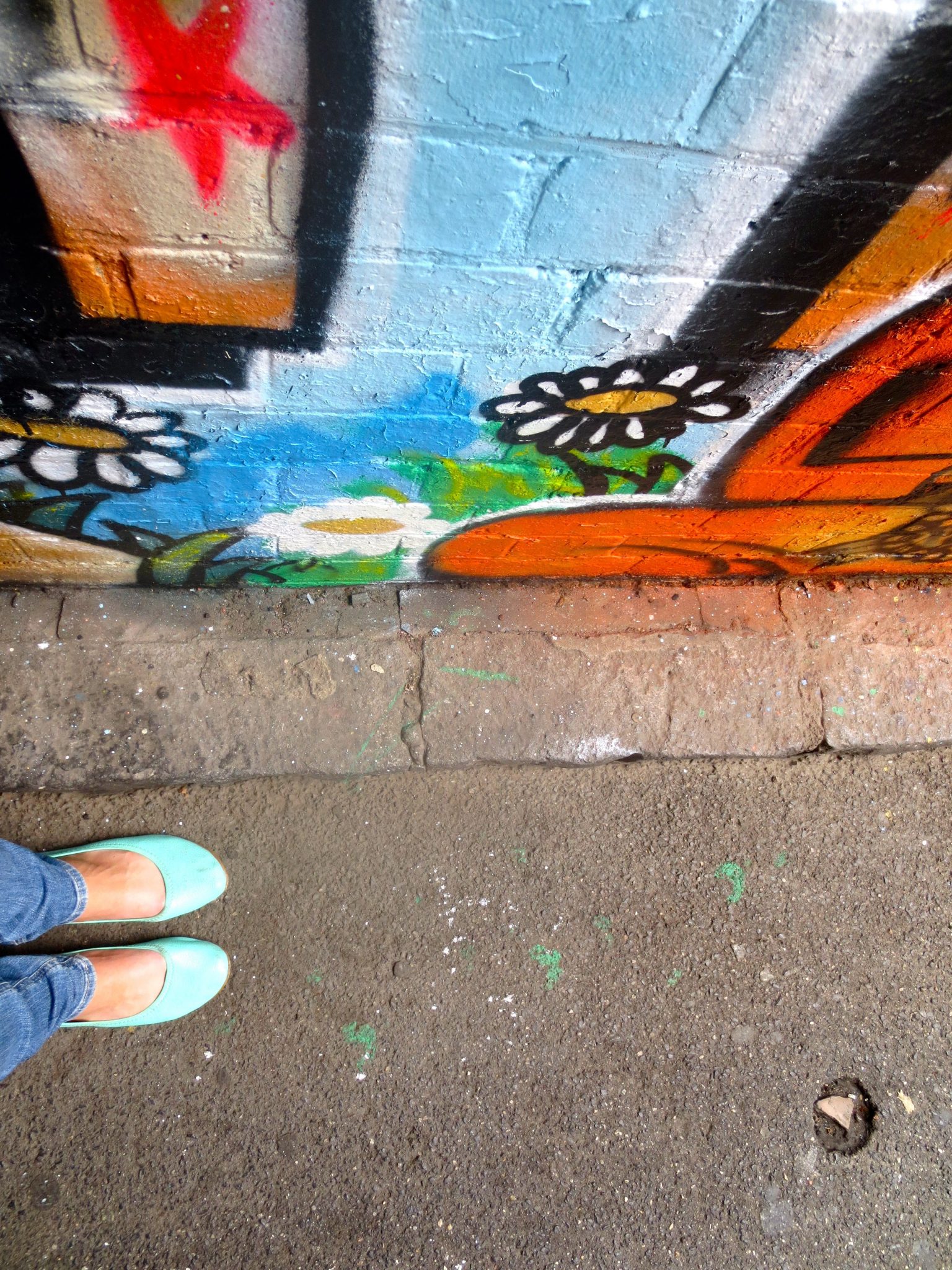 A few months ago, I was still healing from an emotionally draining two year relationship, I wasn’t really planning on making any attachments to Melbourne as a city or really to anything in my year of travel.

And I’m not saying that the aftershock from that relationship has magically evaporated away, but I’m in such a different mindset now than I was when I first arrived in the city.

Although I still value my alone time greatly, and I will always be extremely independent whether I’m single or in a relationship, I don’t think I use it as a crutch as much as I used to.

I’ve always considered myself to be gregarious, friendly, and open, yet it still takes me awhile to completely be myself around someone new and to not put up a wall in order to hide myself away from judgement. Besides a few exceptions, my new housemate included, it takes time to truly be myself around new friends and groups of people that I meet.

Comparing where I was when I arrived and only had two friends in the city, to where I am today just a few months later, the changes are extraordinary.

I’ve somehow built up my own friend base, a support system from scratch in a completely foreign place. It’s one of the most reassuring realizations you can make in life; that you can start over anywhere and be more than okay, you can be genuinely happy.

My coworkers at the bar were the first ones who opened up to me and welcomed me into their inner circle.

From my boss giving me my first ever motorcycle ride at 3 in the morning after my first week, to him offering to drop off my birthday card right before midnight so that I could have it before my birthday ended (let alone, my coworkers even getting me a birthday card after only working together for a month!), to playing Halo and drinking beer together on slow nights, to beer line parties, and house dinners, to going to gigs to support each other since a couple of my fellow bartenders are in bands. 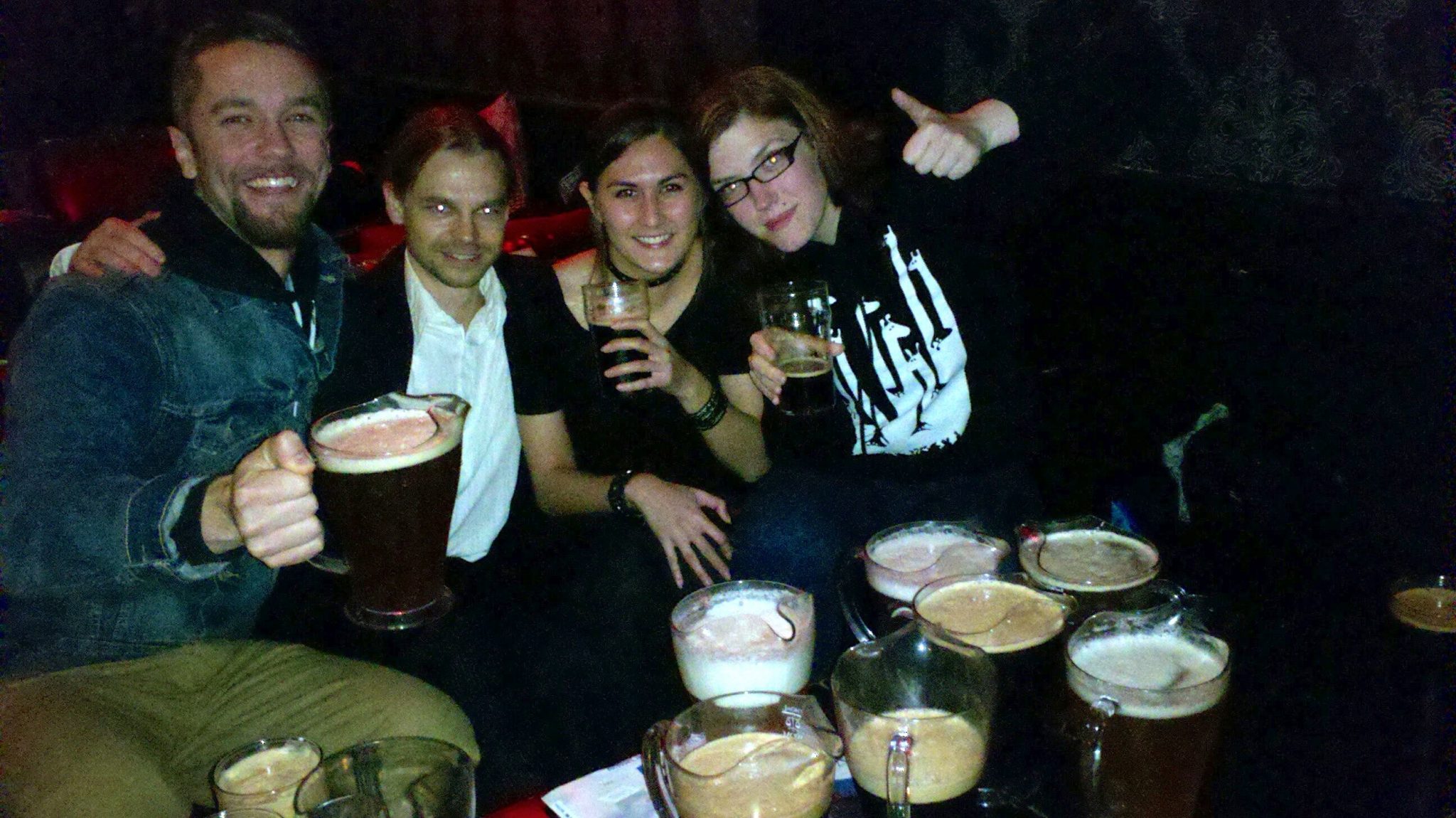 And there have been so many others I’ve met on my journey so far.

I clicked immediately with my housemate from the day I met her, I knew we would be close friends from the beginning. She’s someone who’s always down to go out dancing, or just have a wine night after a busy weekend.

And most importantly, she’s someone who is cool to be a dork with me. She’s even down to sing along with me while watching Moulin Rouge. The test of a true friendship.

That’s just one example of the many friendships that have had an impact on me since arriving in Australia, but there have been so many other instances of grabbing coffee with a new acquaintance every week, and even a few dates here and there.

I originally thought this year was going to be my year of being alone, but I find that I don’t have the time to be alone like I used to, and I’m okay with that. I’m finally completely immersed in my life in Melbourne, and I love it. 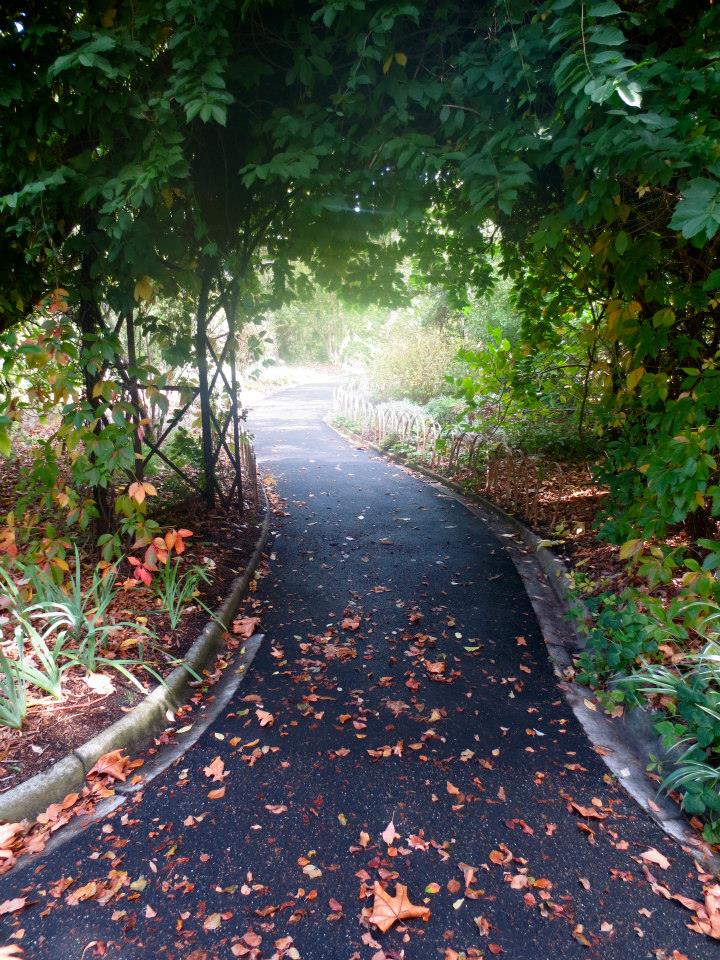 I shouldn’t be surprised, it was the same with Europe and the lasting bonds I made through that trip.

Two years later, I’m not only still in close contact with one of the girls I met in Europe, but I’m traveling through Southeast Asia with her for two months. Another friend from that trip was one of my only friends when I first arrived in Melbourne, and still someone I hang out with on a regular basis.

The bonds you make while traveling are like no other, because at no other time will you be as vulnerable when you have nothing to fall back on, no comforts of home to keep you closed off from making new connections.

It’s funny when I think about how differently things could’ve turned out if I hadn’t found my job at the bar, or if I’d chosen a different house to live in. I might be writing a completely different post right now.

But I truly believe that everything happens for a reason, and although I still have awhile left in Melbourne, I can already tell that moving abroad was one of the most important things I could’ve done for myself.

I used to think negatively of attachments, always drawn to the Buddhist philosophy of living an attachment-free life, and I still believe the reason behind those teachings, to an extent, because nothing in life is permanent.

Yet now, even though I still hate goodbyes, I realize that attachments and the bonds you make along the way are what make life worthwhile and meaningful, at least to me, and why it’s so important sometimes to just allow yourself to live in the present.

Hence, why I love traveling so much, because it constantly keeps you in that mindset.

When I pick up and leave Melbourne for Southeast Asia and continue on my journey, I think it’s going to be just as hard to say goodbye to my new life here as it was in San Diego, but I don’t regret it for a second. I’ve already learned so much from the people I’ve met along the way.

“Getting lost isn’t something to avoid, but to embrace. The only leaps of faith you’ll ever regret are the ones you don’t take.” – The Lost Girls

1 thought on “Life is a Journey, not a Destination”