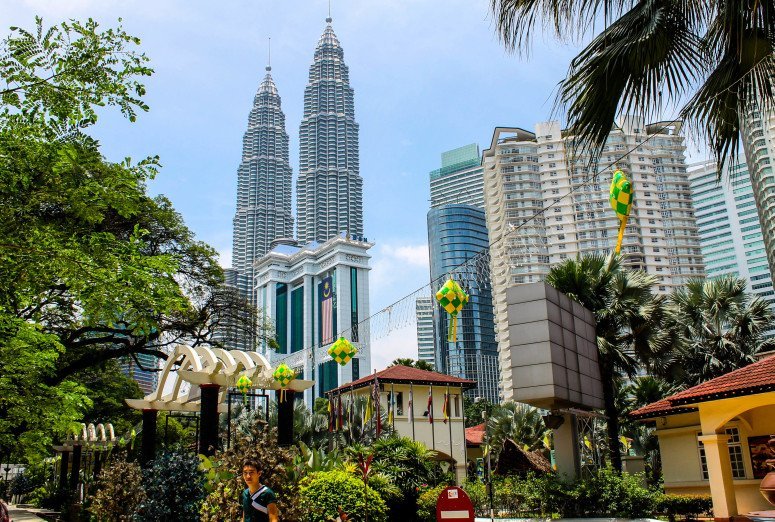 There’s something about a good city view. I love looking at skylines and seeing what the city maze looks like from above. It gives you a whole new perspective on a place and sometimes even makes you stand back in awe at the city planners, architects, and designers that created such an intricate place that is a city.

Sometimes the towers themselves are enough to look at in admiration for the ingenuity of their infrastructure and elegance.

I was randomly thinking of some of the best views and towers I’ve experienced during my travels last night and realized I should make it into a post. I felt a new connection to the city after experiencing each one of these towers, and I would recommend them as a stop for anyone who happens to be in these places and wants to gain a new perspective.

Funnily enough, I first experienced the Skydeck on a date with an Italian guy. I was new to the city and eating lunch by myself in St. Kilda one afternoon and he happened to be my cheeky waiter, who was also on a working holiday visa. Although we never quite hit it off, I still remember experiencing the Eureka Skydeck it all of its glory that sunny afternoon in Melbourne.

I really hadn’t been to the top of that many high towers before, and it was amazing looking down at the streets that I walked in 8 hours a day while job hunting from a quiet and serene spot above the chaos. I’m bummed I didn’t do the Sun and Stars package to see the view at night since Melbourne is one of my favorite skylines in the dark, but it’s something to save for next time I’m in the city!

A cool fact about the Eureka Skydeck is that it’s the tallest viewing platform in the Southern Hemisphere. Oh and I did the “Edge” experience as well – not scary at all unless you have extreme acrophobia and in my opinion not worth the extra cost. Save your pennies for the Sun & Stars package instead would be my two cents. 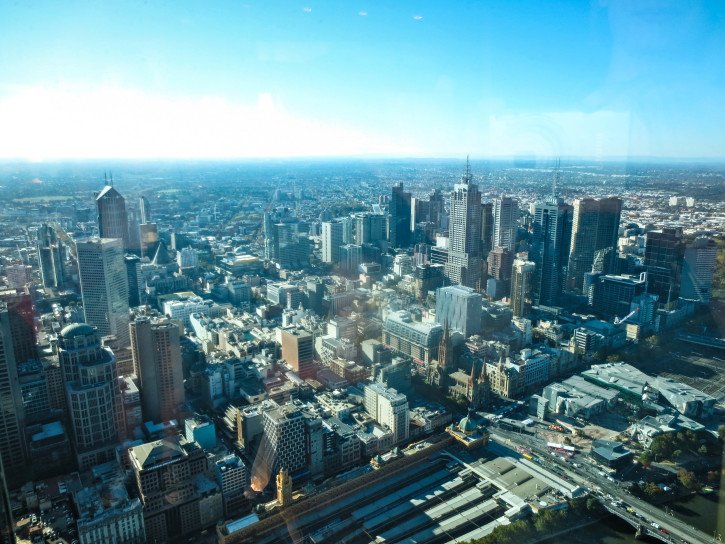 I visited the Sky Tower in Auckland my last week in New Zealand and although I had barely explored the city yet, it offered a grand view of the harbor city that reminded me a lot of Sydney. 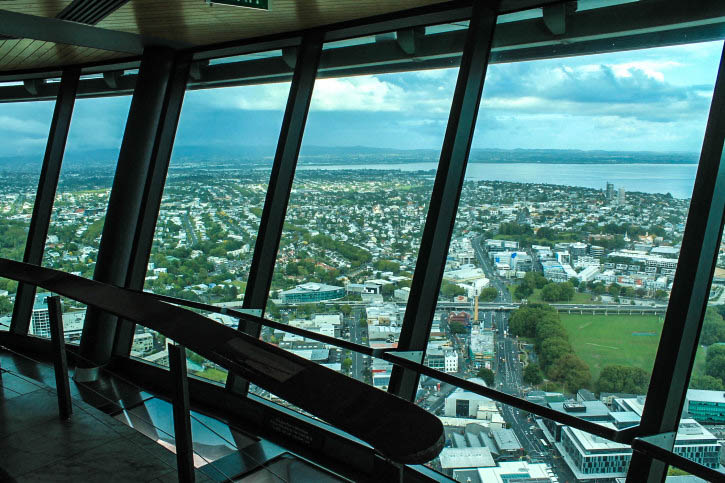 The aspects I enjoyed about the Sky Tower were the see through floors, the 360 degree view, and the small cafe near the top, just in case you want to look out at an incredible view over coffee.

At over 1,000 feet high, the Sky Tower is the tallest man-made structure in New Zealand. Besides the great view, the tower offers activities such as the SkyWalk and SkyJump for the adrenaline junkies. I mean, it would be pretty cool to say you’ve jumped off the highest building in New Zealand, right? 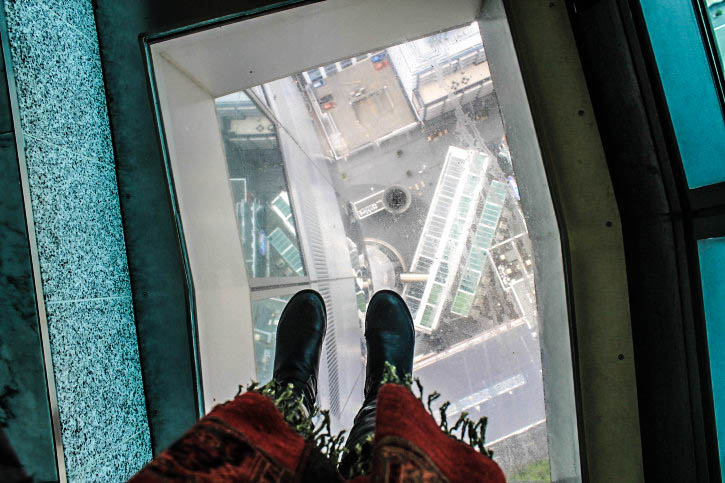 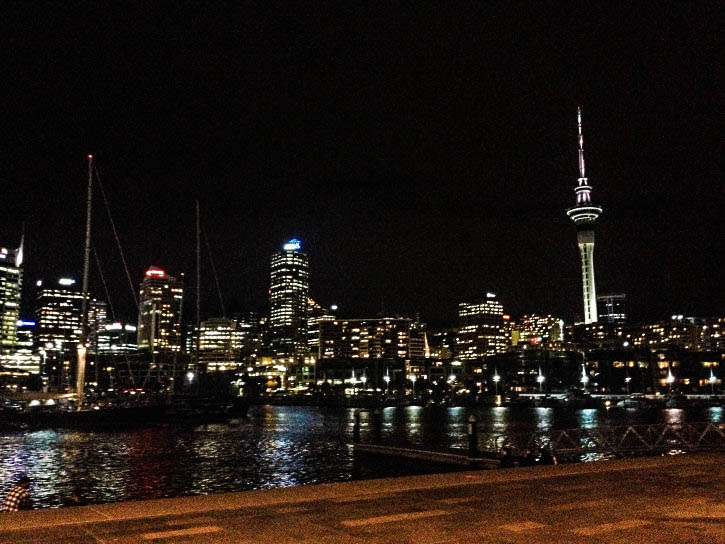 Although I would argue that you don’t have to go to the top of the Space Needle to experience the best view in Seattle, I prefer Kerry Park, it’s still an iconic tower that is a must-see while you’re in Seattle, regardless if you go to the top or not. 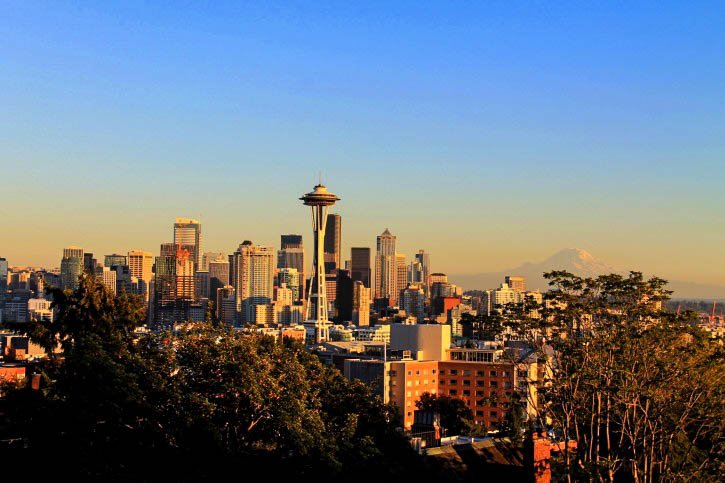 It’s not the tallest tower on this list by any means at 605 feet, but it used to be the tallest structure west of the Mississippi River in the USA when it was built for the World’s Fair in 1962. For those who are slightly terrified of heights, it might make you feel better that the Space Needle is built to withstand earthquakes up to 9.1 magnitude and hurricane force winds, so I would say it’s pretty sturdy.

The best part about the Space Needle in addition to the view is the the see-through elevators that take you to the top at 10 miles per hour. Space Agey indeed! 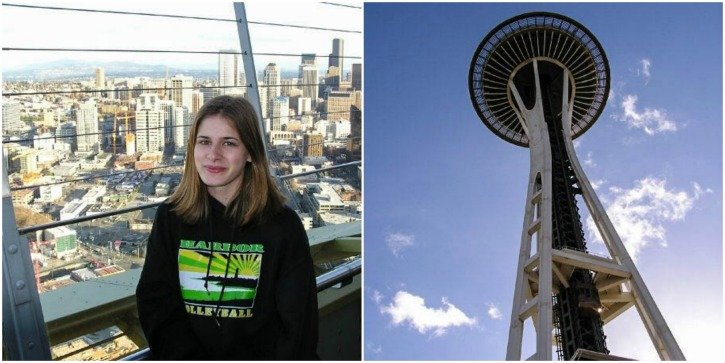 If you hate the thought of crowds and pushy tourists you should probably stay far away from the town of Pisa, but if you’re able to make it work for an hour and don’t mind the sight of tour buses everywhere, it’s worth it. 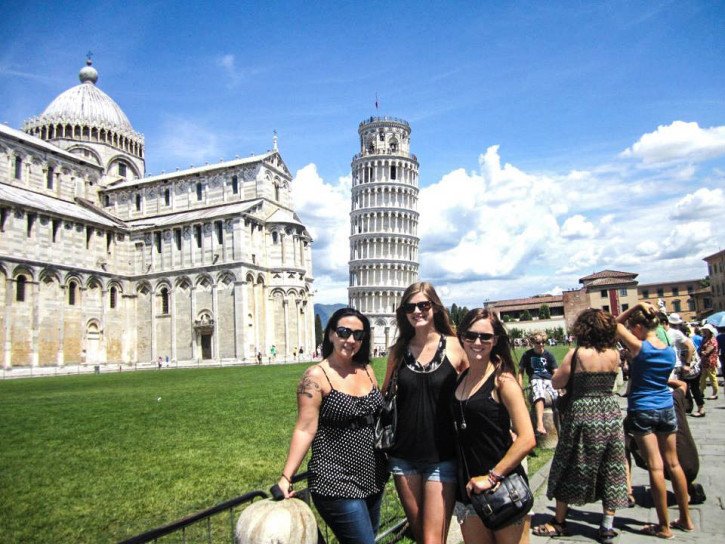 Although a little hectic with the masses of people who come here every day, I found the Leaning Tower of Pisa to be a fun place, whether that be through people watching or trying to take your own goofy photo with the tower. Even though it may look structurally unsound from outside, they’ve now reopened the tower if you want to climb to the top.

Very short compared to today’s standards at 183 feet, it was a huge feat and probably one of the tallest towers in Medieval Europe after its construction in 1372. And fun fact, it was meant to be a completely vertical tower, but it started to lean something wicked during the construction process and the architects just decided to leave it. It took 200 years to build, so I can understand why they wouldn’t want to start over.

And regardless of the countless tourists, I actually found Pisa to be a beautiful small city in Italy. It’s a great place to add to your Italy itinerary if you have an extra day. 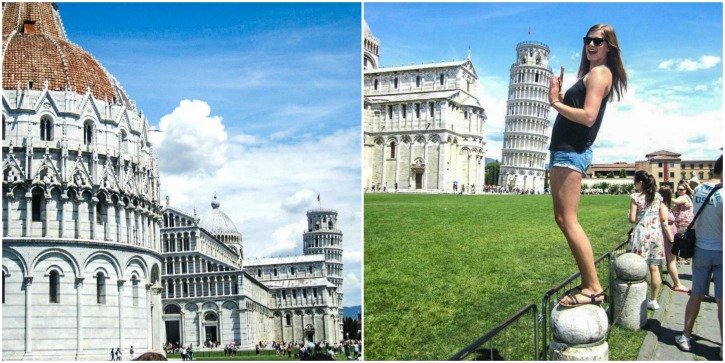 The City of Lights – Pariee! I soon understood why Paris was called this during my first tour of the city at night. Everything was lit up in such grandeur and elegance, it was as if the city was meant for nighttime. From Montmartre to the Palais Garnier and Moulin Rouge, to finally the iconic symbol of Paris – the Eiffel Tower.

Although seen as an eyesore to some Parisians and a seedy area to a lot of tourists, there’s something magical about the Eiffel Tower in person, especially at night. If you catch it at the right time, the tower has taken to doing light shows now where it looks as if it has erupted in glitter.

I never made it to the top of the Eiffel Tower but I was content seeing it from below, both during the day and at night. I also loved seeing it in the skyline when I went to the top of the Centre Pompidou for a good look at the city. The Eiffel Tower is one of those iconic structures you always hear about growing up and it was wonderful to finally be able to see it in person after all these years.

In as hilly a place as San Francisco, it’s hard to narrow down just one best view of the city, but I think Coit Tower would have to win it for me. Located on Telegraph Hill, Coit Tower gives you a 360-degree view of the city and forces you to experience one of San Francisco’s greatest charms – walking up incredibly steep streets. 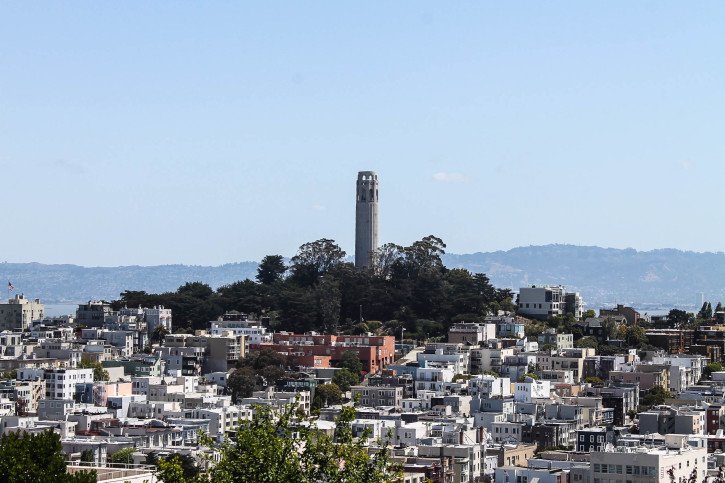 At only 210 feet, Coit Tower provides a grand view of the city because it’s also on a very large hill. I had a perfect view of the city from the base of the tower alone without having to pay the extra to go to the top.

A nice aspect about Coit Tower is the colorful murals you’ll find inside the tower that were painted in 1933 as part of the Works Progress Administration. Also, Coit Tower is not too far off from North Beach which is probably my all time favorite neighborhood in San Francisco. Enjoy! 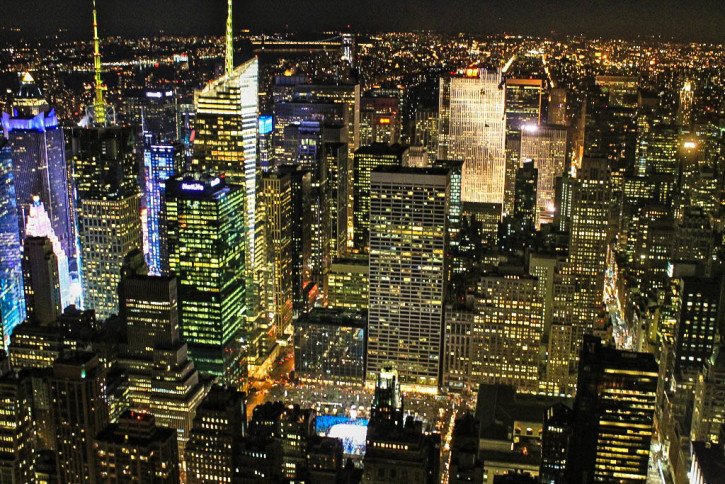 The view was incredible, don’t get me wrong (although very cold in the middle of winter!), but I would highly recommend getting one of the fast passes that lets you skip the line. It is so worth it. I don’t think I’ve ever stood in line for that long except for maybe a Britney Spears concert when I was 11 years old.

With that said, I think to have a true New York sightseeing experience, it’s nice to see the Empire State Building at least once during your time in New York City. It’s famous for a reason, after all, that view is incredible. 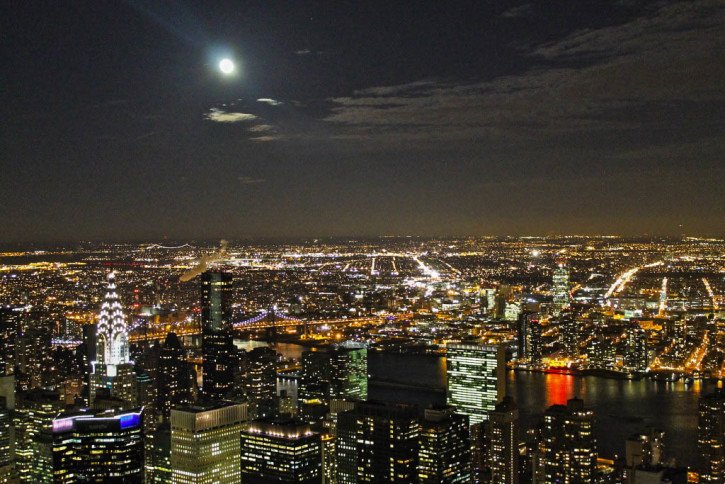 It’s sad to say but I don’t think I even really knew about the Petronas Towers before I went to Kuala Lumpur, but as soon as I landed down in the city it was the most mesmerizing landmark I saw from a distance. When I finally went to go see the towers up close I was amazed at the intricate design and how far up these babies went, 1,483 feet into the air! 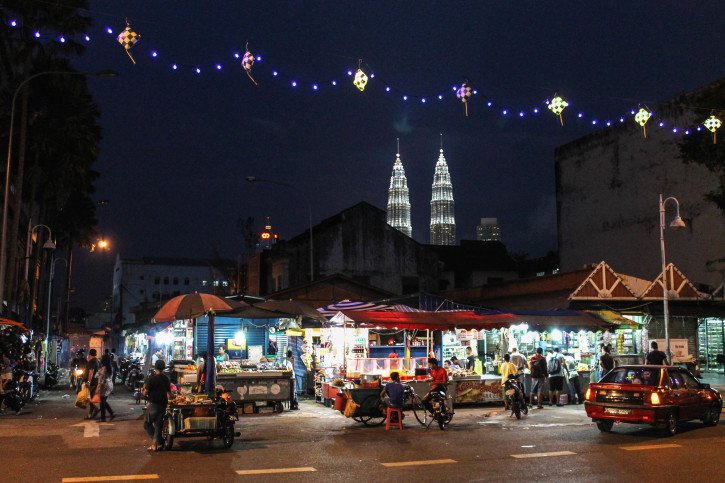 The Petronas Towers were another one I just looked up in awe at from below, but didn’t actually pay to go up to the top. These other worldly looking towers are worth the views from below; however, and are a must-see in both day and night. They take on a completely different personality once the sun goes down. 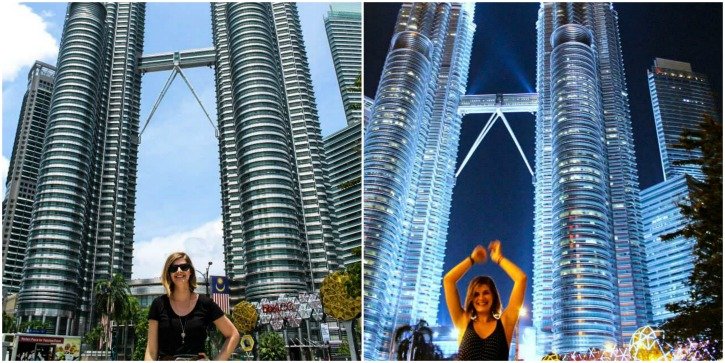 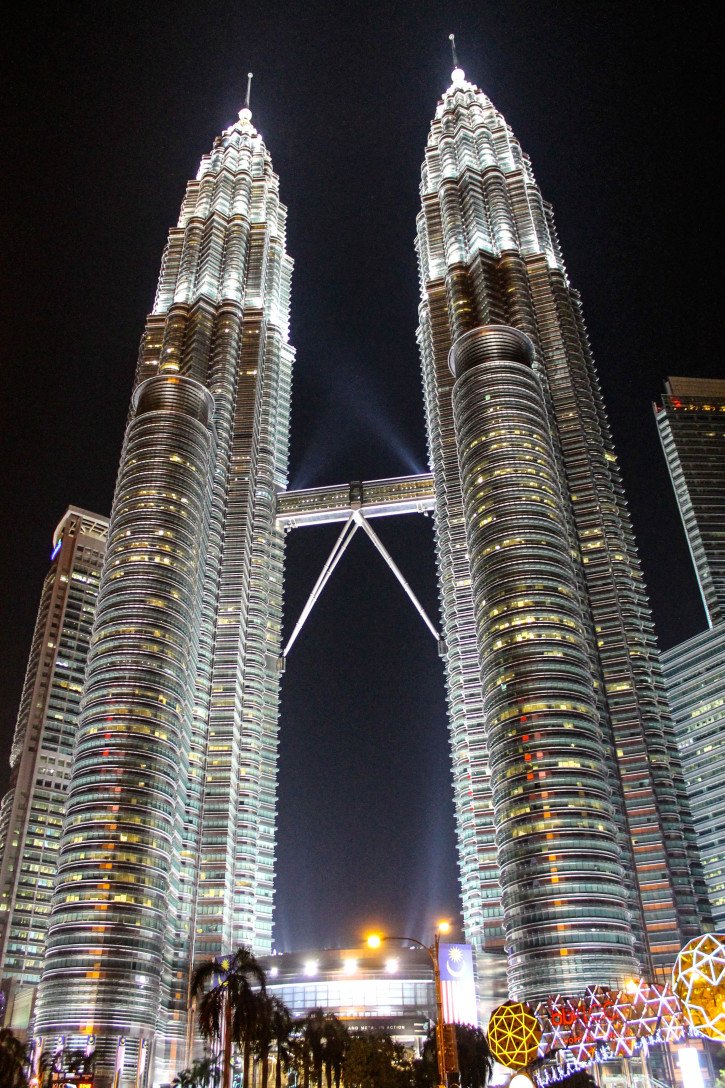 And finally, I couldn’t leave you guys without a mention to one of my favorite cities in the world – Florence, Italy. 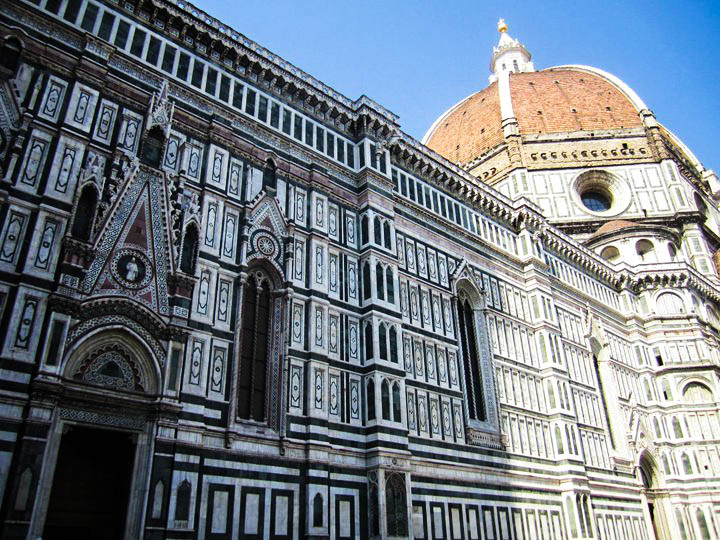 Giotto’s Bell Tower, or Campanile, is actually part of the Duomo building in the main piazza of Florence, and offers a grand lookout of the multi-hued red brick buildings and the snake-like cobblestone streets of the city below.

This tower highlights the best of Florentine Gothic architecture, and in my mind represents the essence of Florence and its amazing architectural feats, artistic eye, and typical ornate details. It also helps that there is a fantastic view after a good workout of tiny stairs up to the top – 414 to be exact. 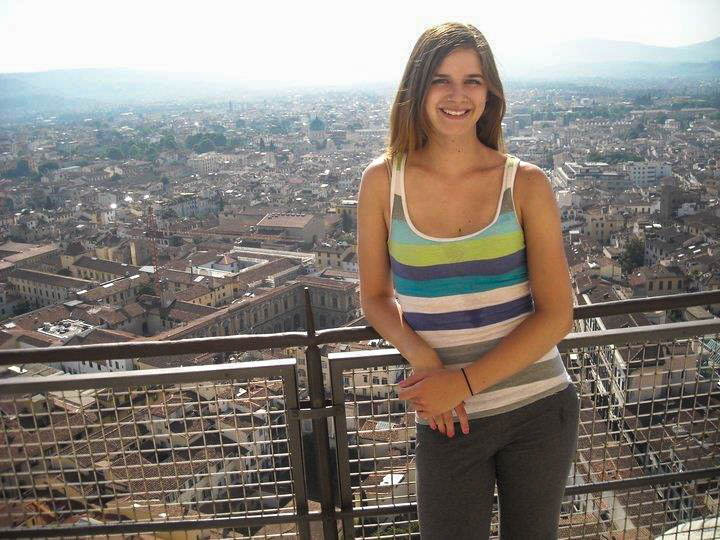 These have been some of my favorite towers I’ve come across in my travels, but I’m sure there are plenty of others I’ll soon discover that will make an impression on me as well. A few other notables that comes to mind that I haven’t seen myself yet include the CN Tower in Toronto, the Willis Tower in Chicago, the Stratosphere in Las Vegas, the Burj Khalifa in Dubai, the Macau Tower, and the Tower of London in England.

Do you have a favorite tower from around the world? Have you been to any of the ones mentioned in this post? 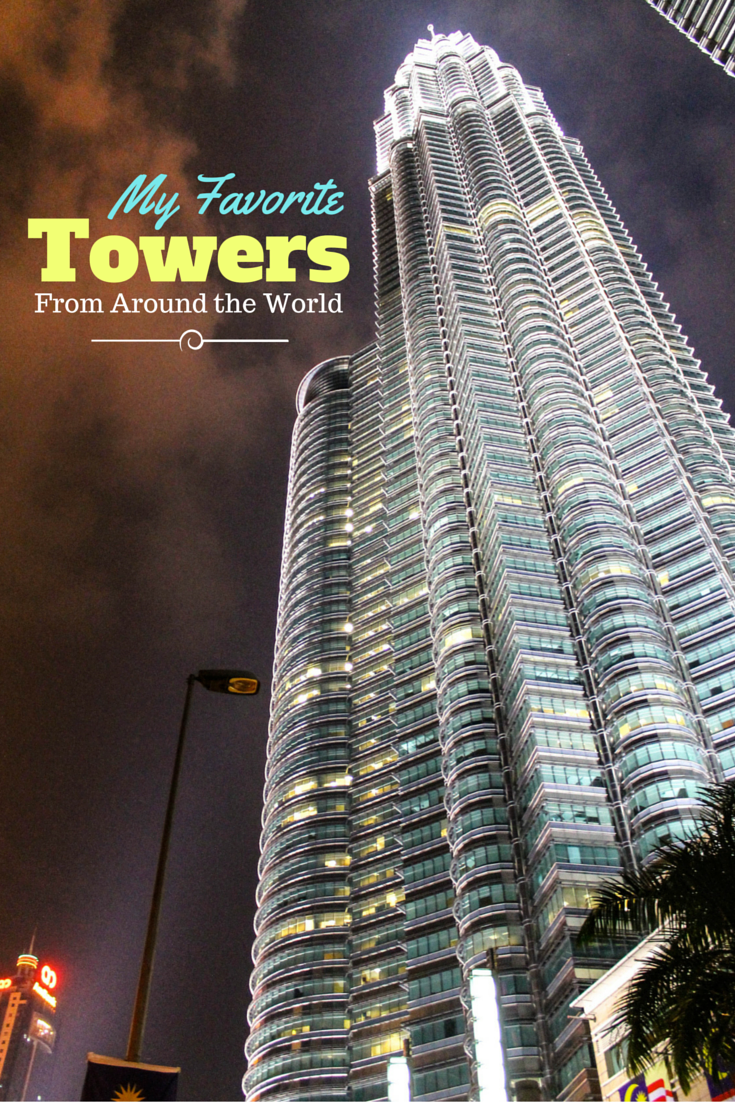