My First 36 Hours in Melbourne 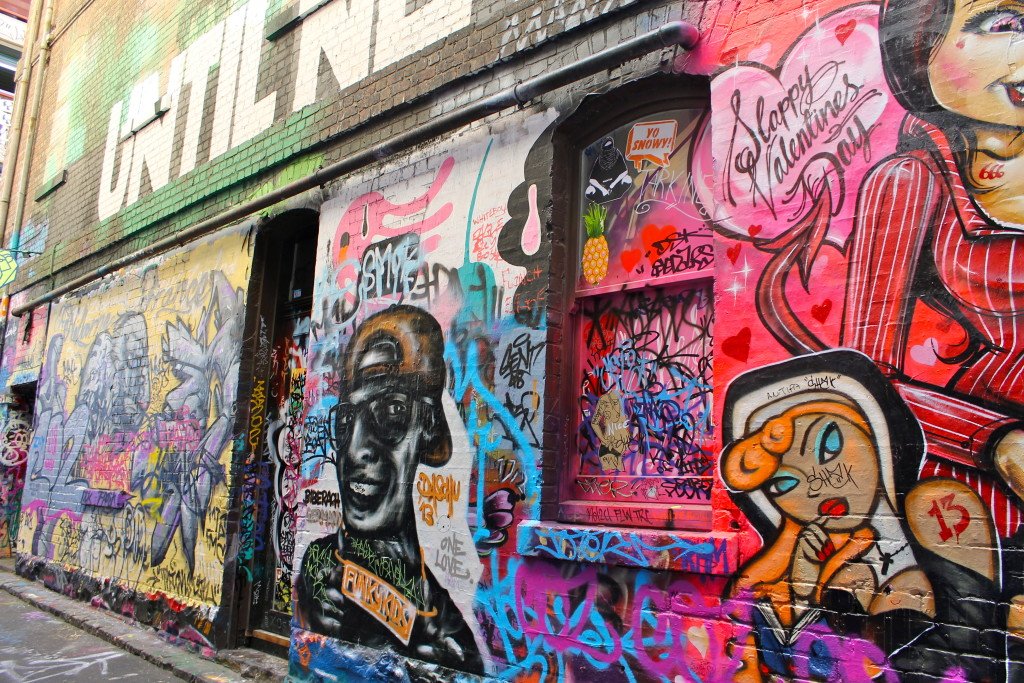 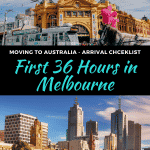 A look at my first day and a half in Melbourne, Australia – my home base for the next 6 months or more.

My first 36 hours in Australia have been wonderful, yet trying and tiring, and full of hilarious fails that I’ll just label as “new experiences.”

It started when I got to my apartment and it looked like a closed up store front. The door was locked and the windows looked as if they hadn’t seen daylight in months.

When I called my housemate, a little panicked that I was given the wrong address or that this place didn’t exist, he instructed me that the actual door to the apartment was just around the corner, the next door down.

Phew, I let out a huge sigh of relief. 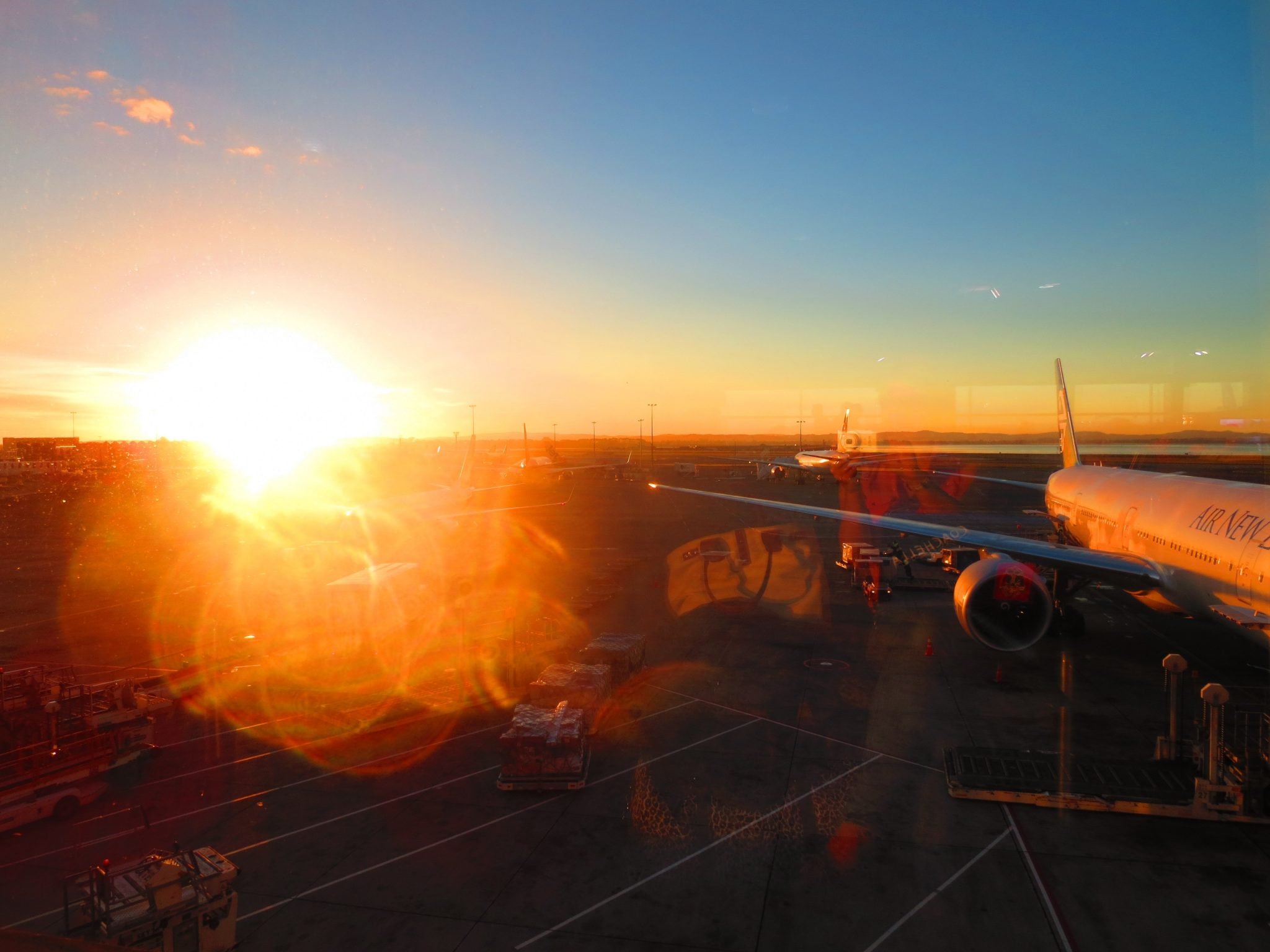 I’m living with two Australian guys, who are both chill and friendly, no complaints here. Although I’m sure it’s going to be quite the difference from living in a house full of sorority girls in San Diego to a house of Aussie dudes in Melbourne, I think it’s going to turn out to be a great living situation.

I’m already in love with my room. And today, I met up with a friend of my brother. He’s an expat who has lived here for the past couple of years, and who spent most of the day showing me around lovely Melbourne. 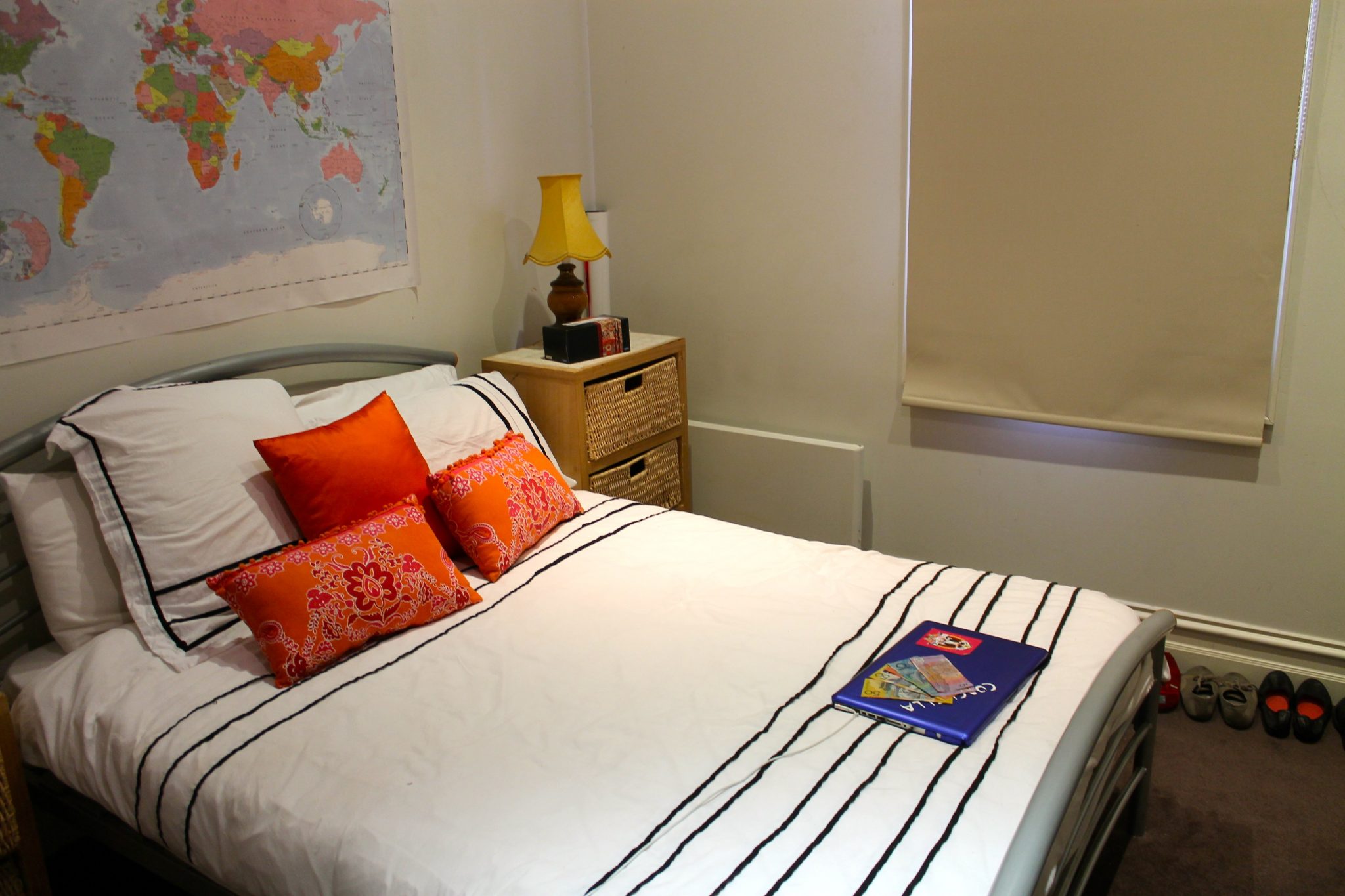 Here are a few things I’ve accomplished in my first day and a half in the city.

I learned that you can’t outsmart jet lag

After I had a few precious moments of shut eye on my 13 hour flight from LA to Auckland, NZ, I downed more than one free coffee on the four hour flight to Melbourne.

I figured since I was arriving at 10:30am, if I could last the whole day and not go to bed until a regular hour, I could trick my body into not being jet lagged.

I tried. I tried my best and I did pretty well. But by 5:00pm, I was passed out and slept for 14 hours straight. To be fair, the 17 hour time difference is a hard one to adjust to.

It’s always strange going grocery shopping in a foreign land, but I think the weirdest thing about Australia is that it almost feels like I’m still back in the States, but in an alternate universe that has different names for everything and does everything opposite in a cool accent.

Going grocery shopping, I recognized similar labels on my favorite food products, but it was as if they were all off brand. Of course, they were simply all Aussie brand names that I didn’t recognize, but I could find almost everything I can find back in the States. 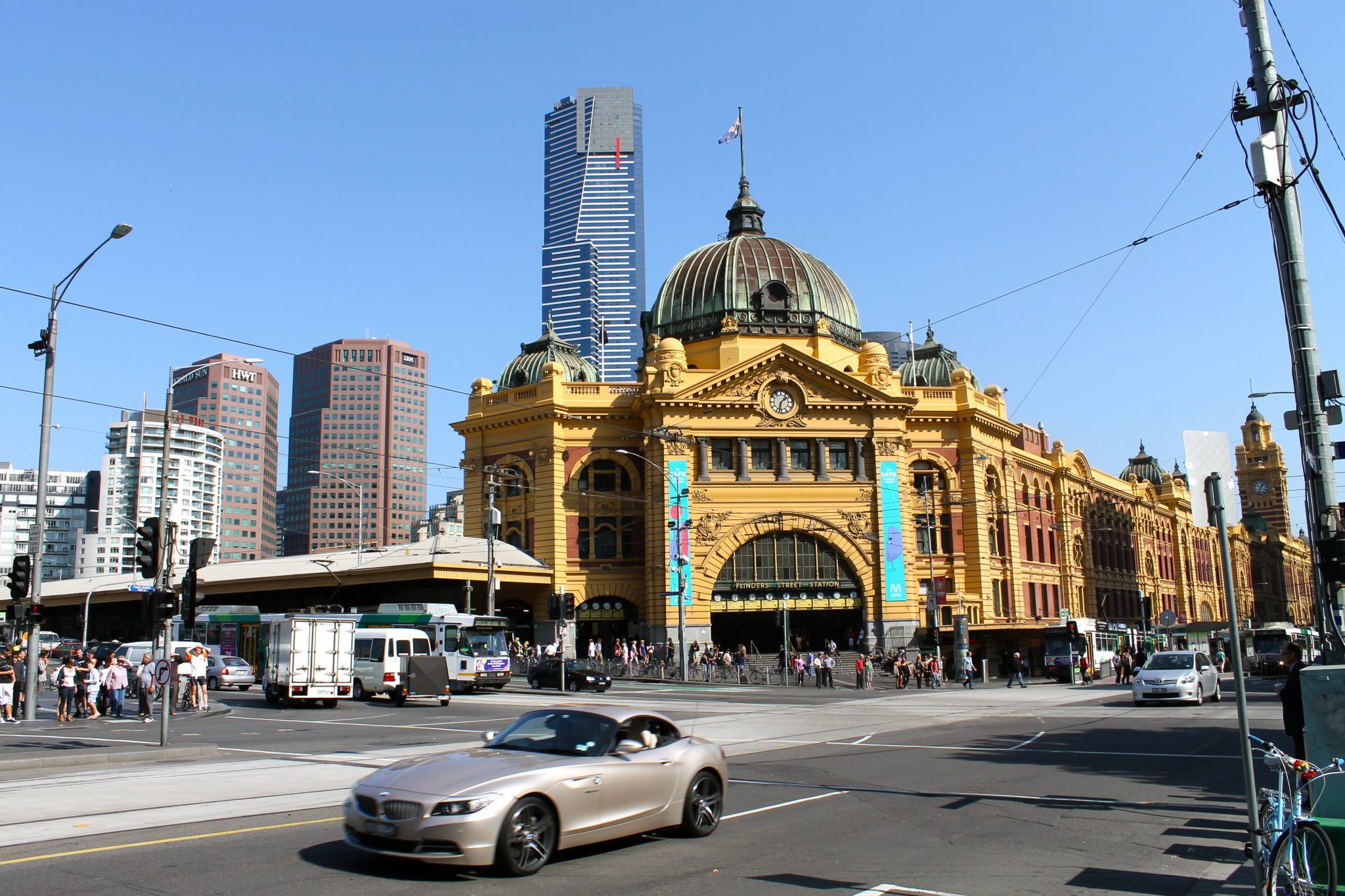 to cross the street

This is something I’m still working on with the whole driving on the opposite side of the street thing that’s so popular in Australia.

Crossing the street properly is a skill you learn from a very young age, so having the cars coming in the opposite direction you expect goes against every instinct in your body.

Even when looking both ways, there’s always a car that seems to pop out when I’m least expecting it. It doesn’t help that the way you make a right hand turn in Melbourne is to go to the furthest left lane and cross multiple lanes of traffic.

As I’ve said, cars literally come out of nowhere.

I’m sure this is a common mistake with Starbucks cultured Americans coming over to the land down under, but they do not use the same names for coffee as we do, at least for the most part.

I went into the coffee shop down the street this morning and ordered a black coffee. “A long black, you mean?”, said the girl at the counter.

A long black is not American drip coffee. It is a shot of espresso diluted with hot water (kind of like an Americano but with less water). Note to self, study over Aussie coffee names before applying for barista jobs, or ordering any more coffee.

I walked into the National Australia Bank (NAB) and opened an account this morning. Recommended by my expat friend, NAB is nice for Americans to use in Australia because they don’t have any hidden fees when opening an account, such as banks like ANZ do. There is also no minimum balance needed to open an account (especially ideal for unemployed backpackers).

If you plan on working at all in Australia, I would highly recommend opening a bank account. It’s free, and you get your own local debit card so you can avoid all of the nasty international fees US banks and credit cards like to charge you.

This is a necessary thing to have if you want to legally work in Melbourne, as opposed to under the table (which is actually quite common but also usually less pay, and you know, illegal).

I’m choosing to have more of an official presence in the Melbourne work force, so I applied for one of these today. The bummer is that I just finished filing my taxes in the States, and apparently the tax day in Australia is in June, so I have to go through all of that fun again.

Bought a local SIM card for my phone

Telstra is the recommended carrier in Australia because they have the best coverage. They are basically the Verizon of Australia.

I went into a Telstra store today and for a measly $30 a month, I have a plan that will let me text/call locally to my heart’s desire. And I officially have an Australian phone number, I’d like to think that makes me a semi-local! 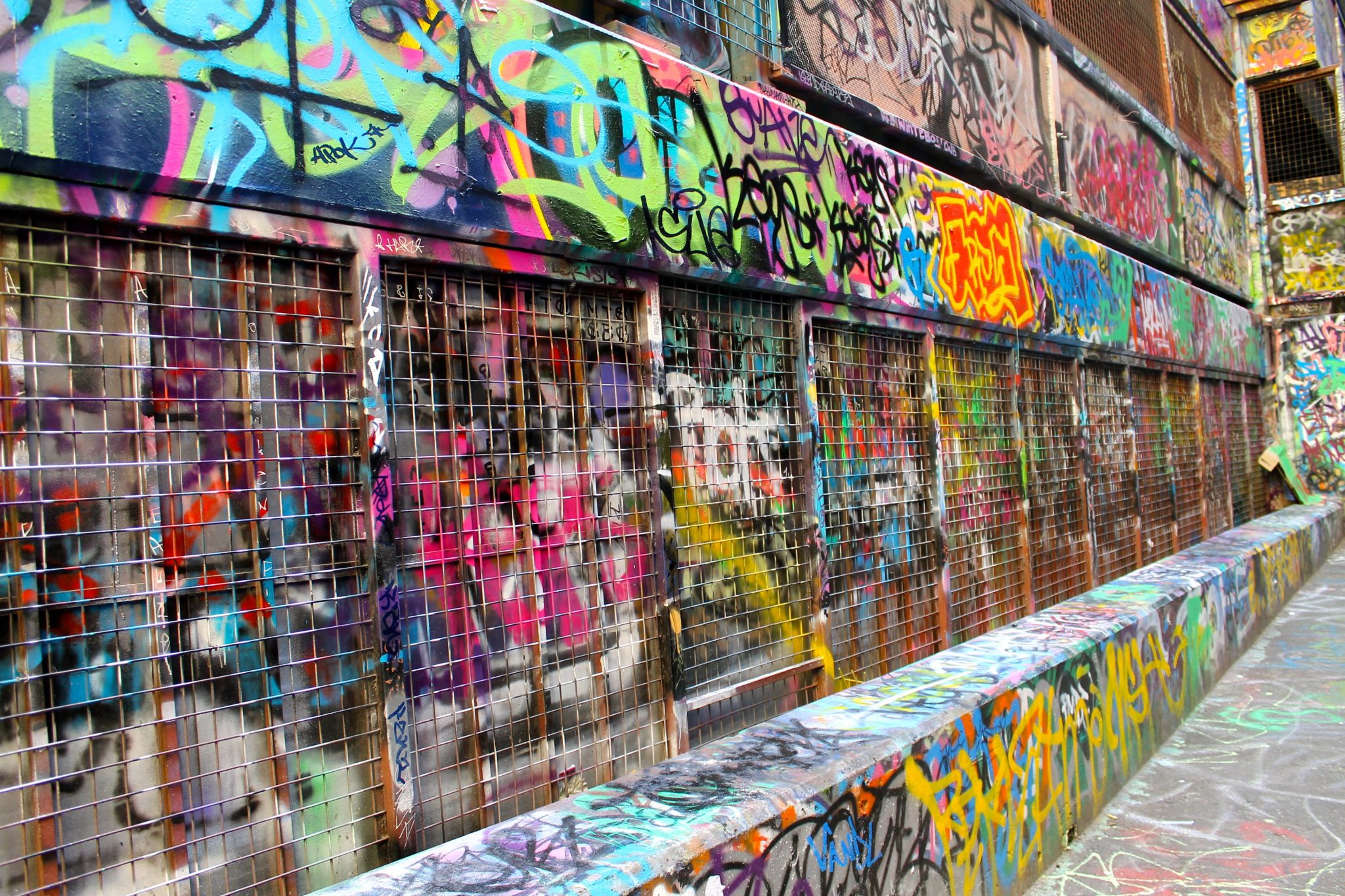 Learned how to use the extensive tram network in Melbourne

Maybe I haven’t learned all the detailed routes and timetables like I have in San Diego, but I at least know how to get from my apartment in Port Melbourne to the center of the city (CBD) on the tram. It only takes about 10 minutes.

I also learned that the Metro card in Melbourne is called a “Myki”, and that you’re able to reload it online, as well as at any local convenience store (they have 7-11s here!).

Went sightseeing in the CBD

My expat friend Eric spent most of the morning and afternoon teaching me the ins and outs of Aussie life, and showed me around the major sights in the CBD.

According to him, Melbourne is almost exactly like San Francisco, just without all the trash and hobos. I couldn’t agree more. Melbourne is an incredibly clean and safe city, especially when it comes to the public transit.

I ate at the Queen Victoria Market, sat at Federation Square, walked by Flinders St. Station and through the famous street art at Hosier Lane, and my personal favorite, went inside the State Library of Victoria.

I’m also pretty sure I saw Mr. Bean, or at least a pretty sweet look-alike, as I was walking along the Yarra River this afternoon. 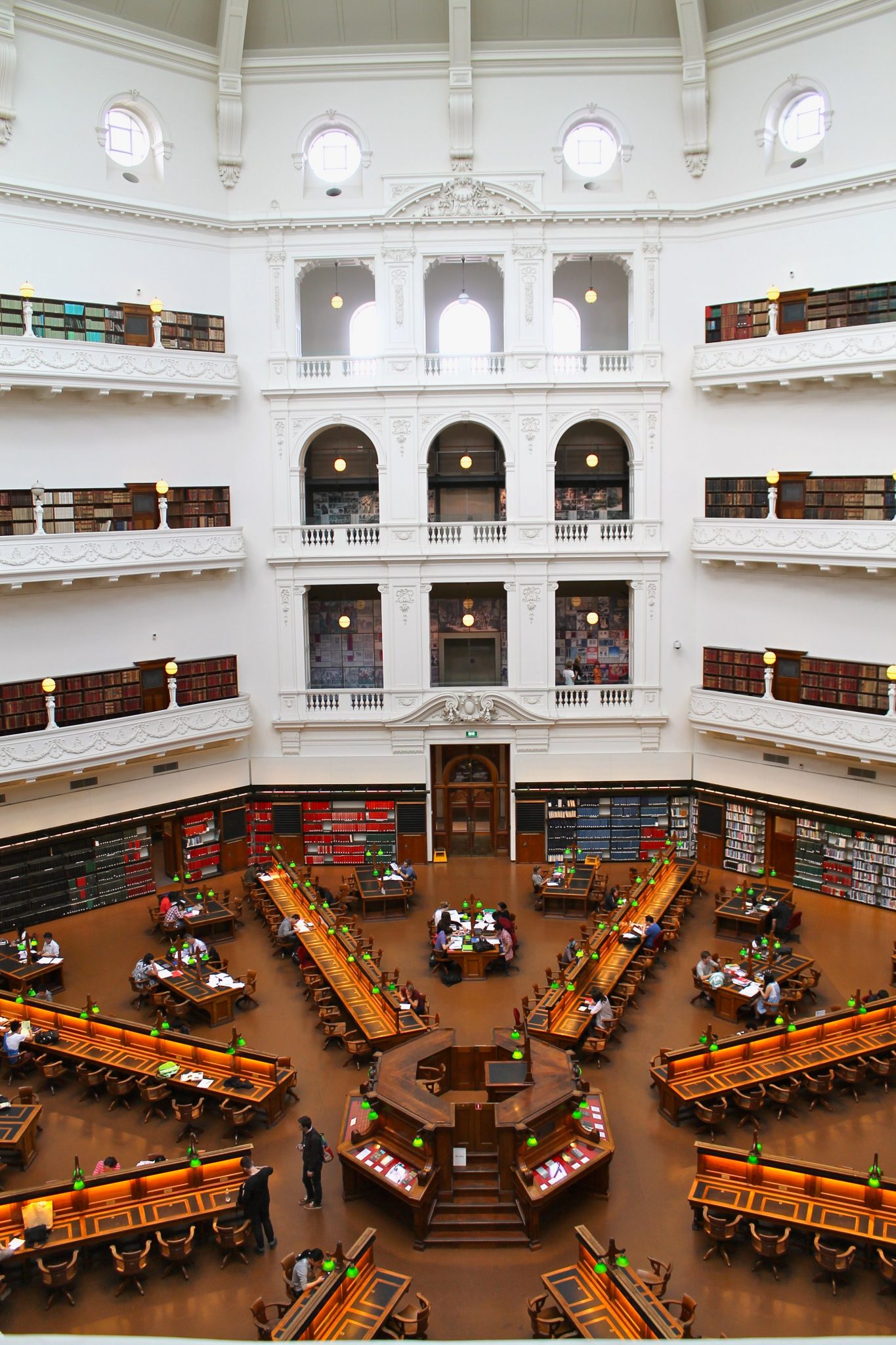 I’m sill adjusting and getting used to the subtle differences that Australia has to offer. I was confused when I woke up this morning and heard multiple Australian accents outside my window.

I still have to pinch myself from time to time and realize that I’m actually here. That I’ve made the leap and traveled thousands of miles from home to have an unforgettable experience in Australia, but I’m enjoying every minute of it while it lasts.