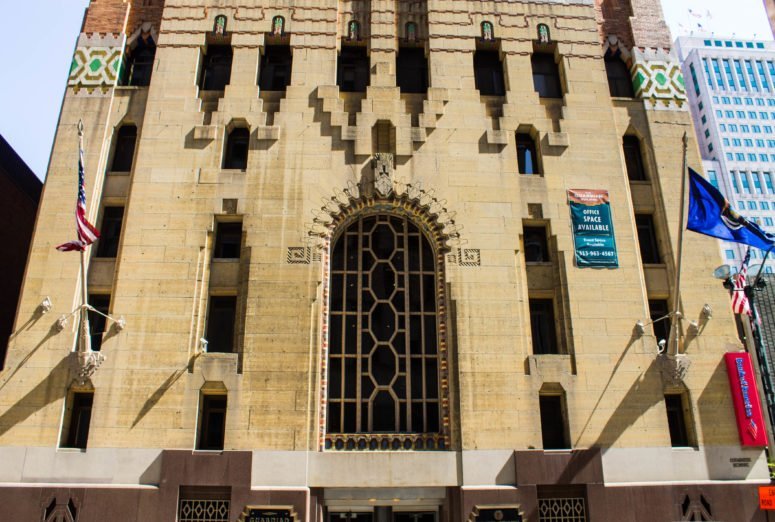 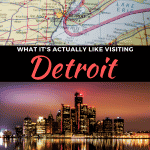 Before this year, I didn’t think much of visiting Detroit. It’s located on the other side of the country, known as one of the most dangerous places in the USA, and abandoned by droves of people not all that long ago. It doesn’t exactly scream postcard fun travels.

One of the aspects that beckoned me to visit, however, is my fondness for all things Motown. I wanted to see the birthplace of an era that had a huge impact on my love for music.

In Detroit, I discovered an enticing vibrancy to the city, even with all of the misconceptions I held previously. My Uber driver dropped me off at Eastern Market from the Greyhound station, and he said it best as I hopped out of the car: “If there’s one way to describe this city, it’s that it has a whole lot of soul.”

In 2008, Detroit had the highest murder rate in the USA and it was seen as the most segregated metropolitan area in the country.

There was a local from Grosse Point, the surrounding, mostly white, city outside of Detroit, who said that at one point his mayor set up a blockade on the border of Detroit to keep out all of the black people. In addition, the city, I was told, is built into sections that are divided by the main freeways that go through town. These sections make it easy to segregate between whites and blacks depending on which side of the freeway you’re on.

Detroit has sadly dealt with that type of segregation throughout its existence and even very much today.

By 2012, the huge decrease in population left over 90,000 abandoned buildings. The city quickly fell to one of its lowest points when it became the largest city in America to file for bankruptcy. In their rock bottom year, the unemployment rate rose to 50% and the last mayor ended up in jail for a corruption scandal. 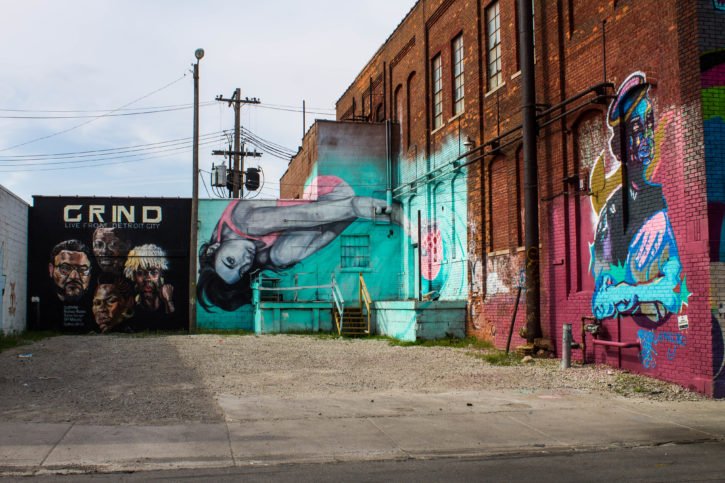 How can a city come back from that?

One major aspect I garnered from my time in Detroit is that it’s a city known for resilience. To have fallen so far from the golden years of GM Motors and Motown, to a city that people choose to avoid at all costs, that’s difficult to come back from.

Nonetheless, people are starting to call Detroit the comeback city. If you visit it today, you might see why those hard times could eventually make it a better city than it has ever been before. I don’t think I’ve ever come across so much local pride in a city. It was wonderful to see. 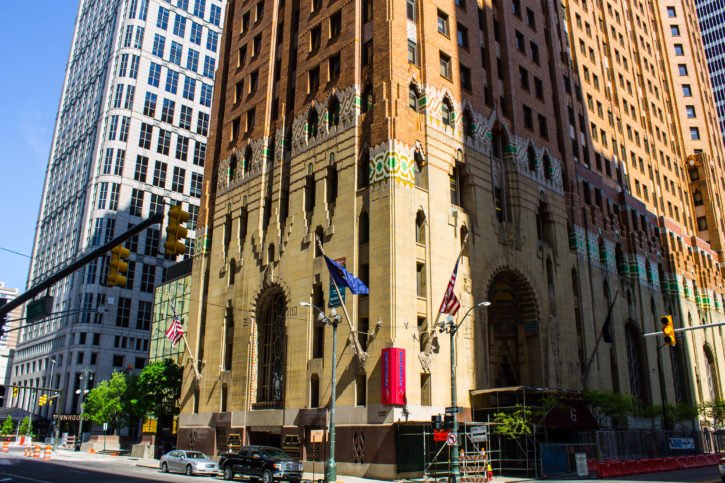 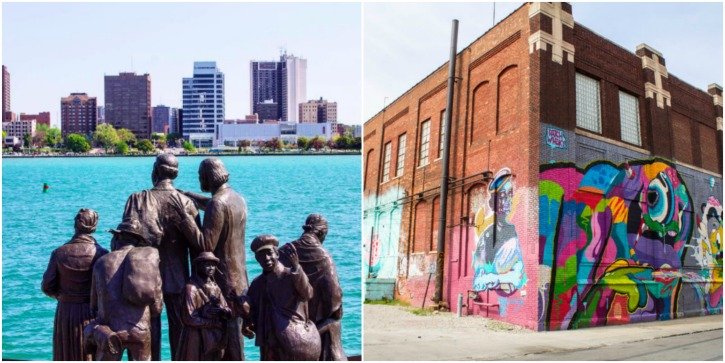 I found the Detroit of today to be a city of opposites, a city that was challenging, beautiful, and one that is slowly reinventing itself. I couchsurfed in Midtown during my time in the city. To my surprise, it was built up with brand new shops and restaurants. A decade ago, I never would’ve guessed Midtown was known for the amount of murders that happened in the area.

Woodward Avenue, the main street that goes through Midtown, was under major construction while I was there, but it was still a bustling street with a lot of activity, people riding their bikes, and families walking near the university.

You can see the increase of young millennials and entrepreneurs that have come in and taken over a few parts of the city, especially Midtown. Blended around the historic architecture and friendly student atmosphere, there are breweries, foodie eats galore, and cafes.

Eastern Market was my first stop in town. I happened to be there on a Saturday when there are tons of people out and about, live music, and barbecues. It came off as communal, funky, and an artistic part of town. My couchsurfer host and I became lost in the many murals down side streets and the remaining abandoned buildings in the area. There was colorful street art everywhere. 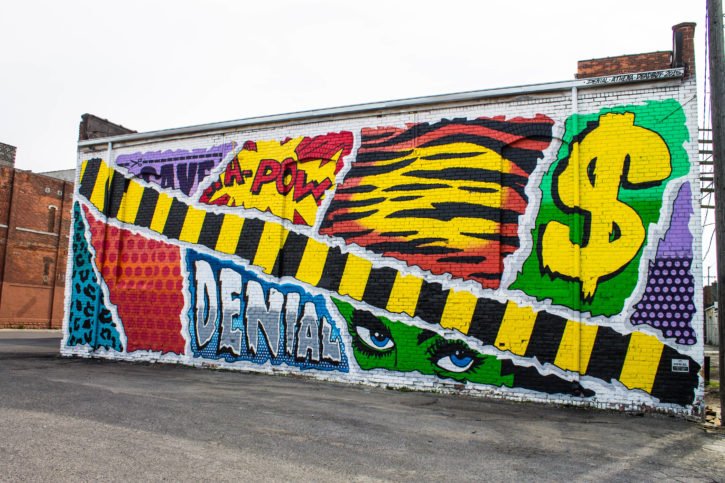 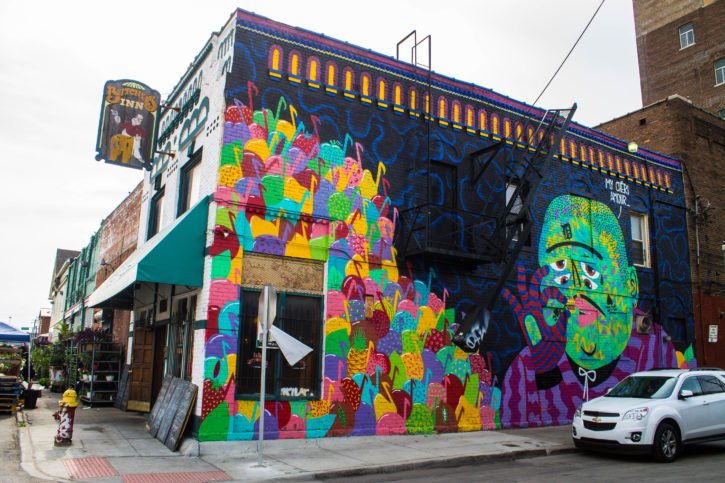 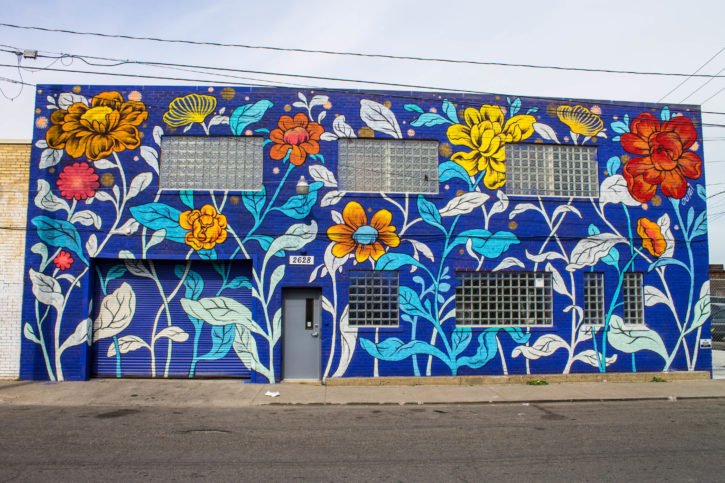 Detroit seems to be all about turning the negative aspects into positive ones with the blink of an eye. Old dusty warehouses become hip new art galleries or works of street art. The old butcher mill that is falling down and decrepit turns into fancy apartment buildings. Some people may see this as gentrification, but it seems like this type of progress and love to the neighborhood has done more good than bad.

And don’t get me wrong, a lot still needs to be improved in Detroit. The bus is notorious for simply not showing up at times. The suburban areas deemed as “dangerous” where public transportation is needed the most, don’t have bus service.

The response rate of the police is better now, but you will still wait a minimum of 20 minutes (if not an hour) before police officers show up to your call. The university students told me if they were in an emergency, they would much rather call the campus security than the city police, because they’ll be there in a few minutes. The three most dangerous spots in the USA are still all in the Detroit suburbs.

I walked everywhere in the city, from Corktown to Midtown, Newtown, Downtown, and Eastern Market. Without a doubt, I felt uncomfortable with the amount of catcalls I received. Outside of Midtown, passerby’s on bikes, foot, and even in their cars harassed me for just walking down the street. 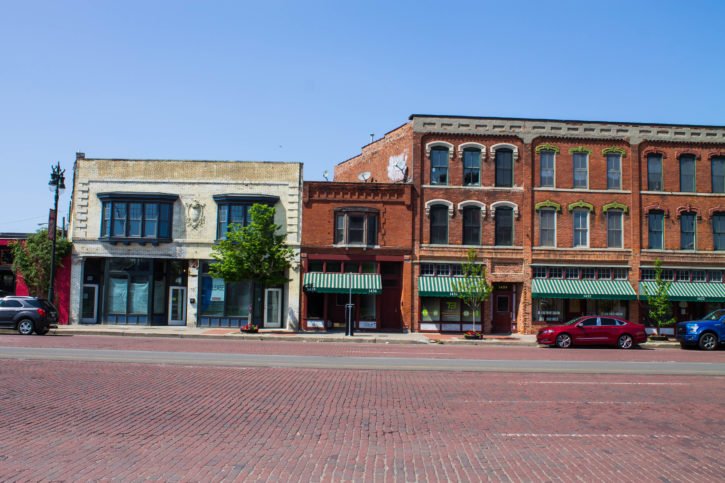 I guess not that many people walk around Detroit, most people bike or drive, so I perhaps called more attention to myself than necessary. Regardless, I like feeling that I can walk where I want without anxiety about my surroundings.

Furthermore, places like Eastern Market that felt so friendly and welcoming when I first saw it on a Saturday, became one of the sketchier neighborhoods I stumbled into during the week. The vibrancy I first felt toned down with the feeling that I was no longer in a safe neighborhood. When a car follows you down the street for a few blocks, with a male constantly pestering you about where you’re going, it’s not the most comforting feeling.

This is all to say that one – Detroit still has a ways to go before it has made a full comeback. But two – I loved the city much more than I thought I would. And three – it’s a city that made me come away with contrasting views.

Part of me would go back in a heartbeat, especially to explore more of the music, arts scene, and true heart of the city. The other part of me didn’t love the uneasiness I felt in walking around certain areas. I always felt the need to be highly alert, even more than usual when I travel.

With that said, I came away with more of a positive perspective than negative. The moment I realized this was when I experienced my first Slow Roll.

Slow Roll is an event that has happened for about 7 years now. Everyone meets on Monday nights and cycles around a new part of the city for an hour or two. And when I say everyone, I’m talking thousands of people. Thousands of people come out EVERY Monday night to partake in this community event.

It was an incredible sight to experience. There were people from every walk of life – white, black, hispanic, poor, rich, it didn’t matter. Some cyclists wore matching uniforms, including one particular badass bicycle gang with decked out bikes and speakers, others came straight from work.

The bike ride went out to the suburbs and into areas you would probably never go to on your own, but with thousands of people it didn’t matter. Even in the most run-down places, people would wave from their front porch and cheer us on. Everyone that was a part of the bike ride was open and friendly, some were playing music, singling along to the Backstreet Boys or Motown. It was my favorite moment from my time in the city. 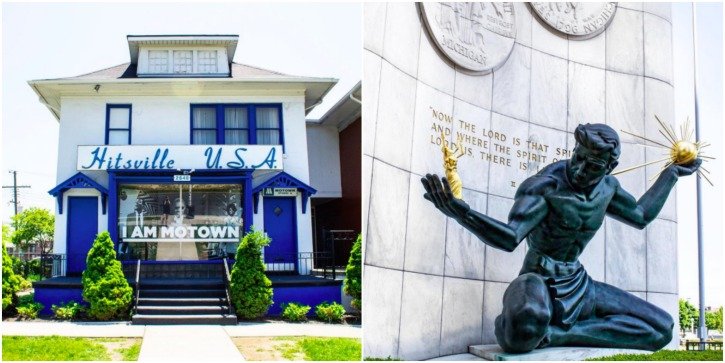 I realized that moment just how much soul Detroit really has as a city. I don’t think it will ever lose that. The best time to witness its transformation and progress is now, even if it may be a recovering place that has a long way to go until it’s functioning at full speed again.

Preconceived notions aside, I’m happy that I saw that side of love and pride to the city and experienced it for myself. I’ve now had the pleasure of visiting one of the most unique cities in the USA, and I only hope that the Detroit tourism increases to the point where more people can say that too.

Have you been to Detroit before? What was your impression of the city? 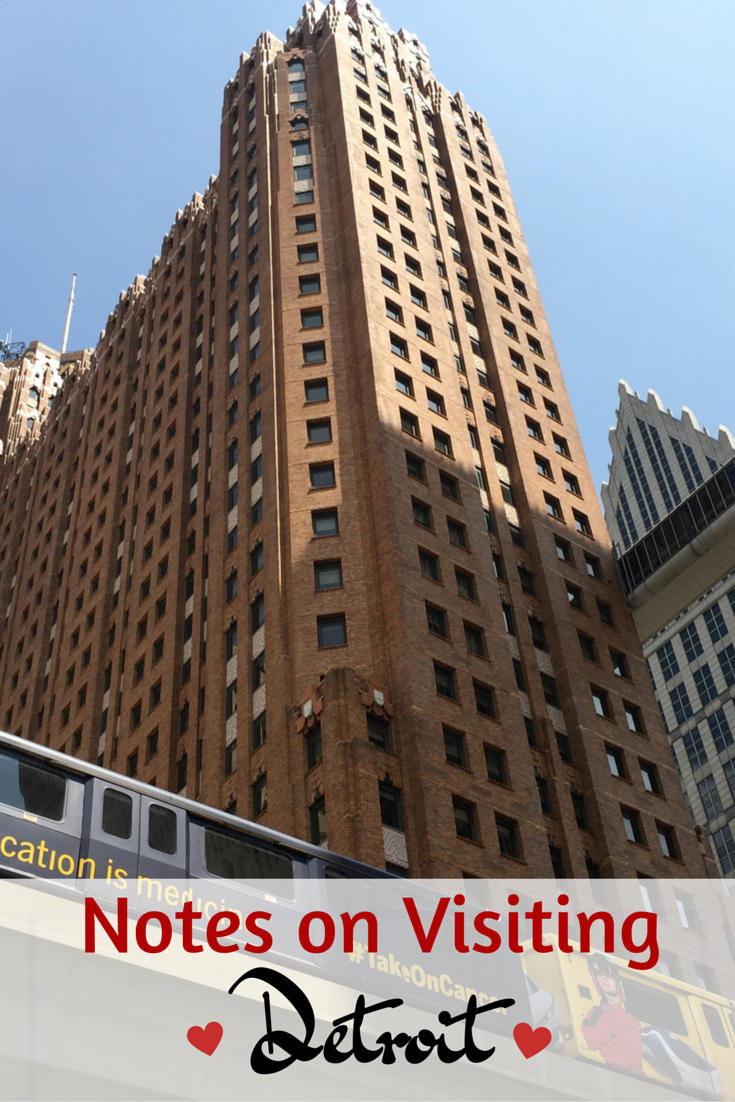