How to See NYC on a Budget During Any Season 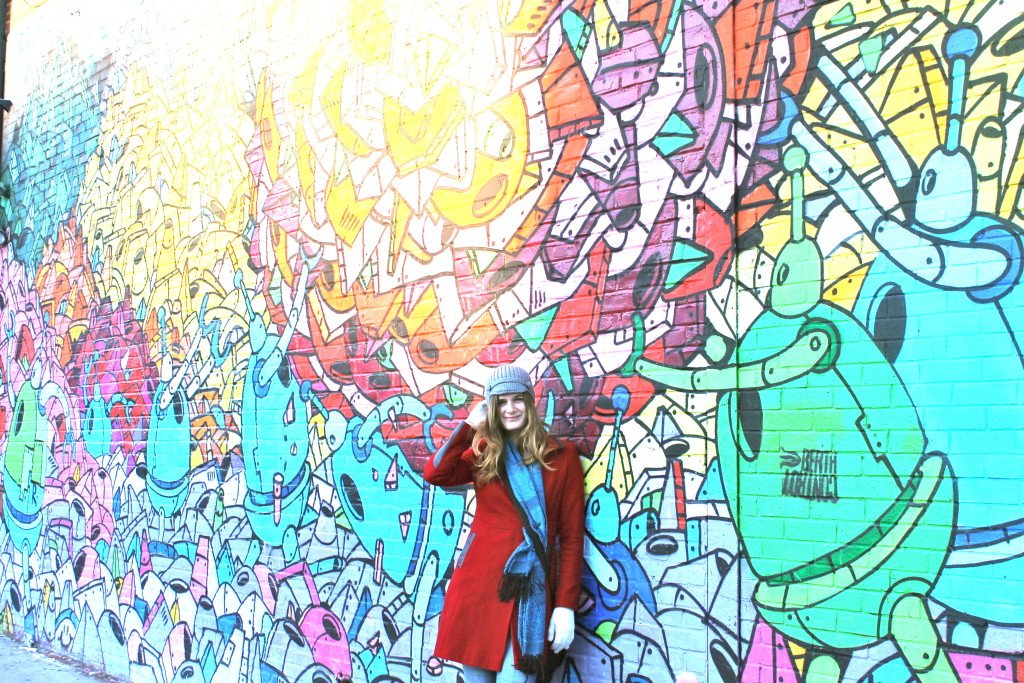 How to see NYC on a budget! The Big Apple is known as one of the most expensive cities in the US, this is how you can see it on the cheap.

My first week in New York City was a learning process of what and what not to do, especially in terms of keeping to a tight budget. Here’s the short list of what I found out and how you can see NYC on a budget too.

The Best Ways to See NYC on a Budget

Don’t pay for one of the pricey bus tours around the city.

They cost anywhere from $50-$70 for the least expensive ones and they are not worth it. Although reluctant to spend that much for a tour, my sister and I thought we might get a better feel for the layout of the city if we were chauffeured around on a bus for one of our first days there.

First of all, this is not true. You don’t really get a sense of the layout when you’re whizzing by on a bus, with barely a few seconds between attractions to snap a couple generic pics before the light turns green again.

Secondly, even though we bought our tickets ahead of time online, we still had to go in person to the office and wait in a line that was winding out the door for a couple hours to pick them up.

After that ordeal, we had to wait in another 45 minute line at the pickup spot to actually get on the bus. Once on the bus, it was hard to hear the tour guide, especially since his mic kept going in and out. Overall, it was overpriced and time consuming, to say the least. 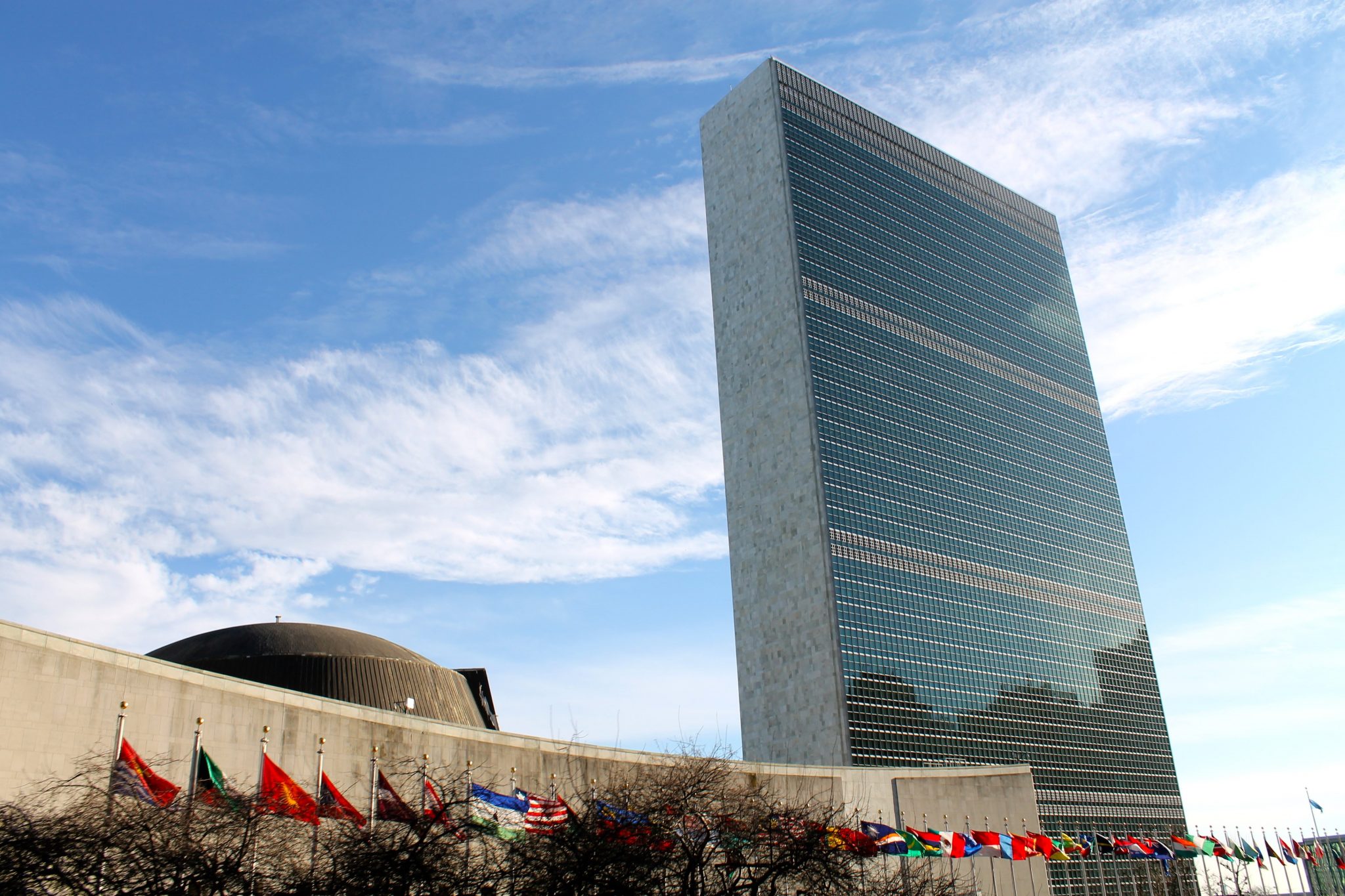 Don’t wait in line at the Empire State Building.

Maybe it’s slightly better when it’s not the holidays, but this was the most torturous part of our trip to New York. They’ll ask you multiple times throughout your doldrums of waiting in line if you want to buy the express pass. I am telling you now, buy the express pass.

It sucks shelling out more money than you already have to in order to get to the top (especially when you’re trying to see NYC on a budget), but it’s worth it.

If I had known how many different lines there were going to be, and just how long it was going to take to get to the lookout, I would’ve bought it instantly.

The wait for the Empire State Building is a tricky one. There were probably seven different lines I stood in, and you can’t see the next line from where you’re waiting.

So, you think you’re almost to the front until they lead you to another room with hundreds of more tired and listless people who are just as annoyed as you.

The total wait time for us to get to the top without an express pass was over 3 hours.

Especially if you just got off the plane, and this is one of the first things you want to do in New York City when you still have jet lag, buying the express pass is well worth it.

Related: Postcard from the Top of the Empire State Building 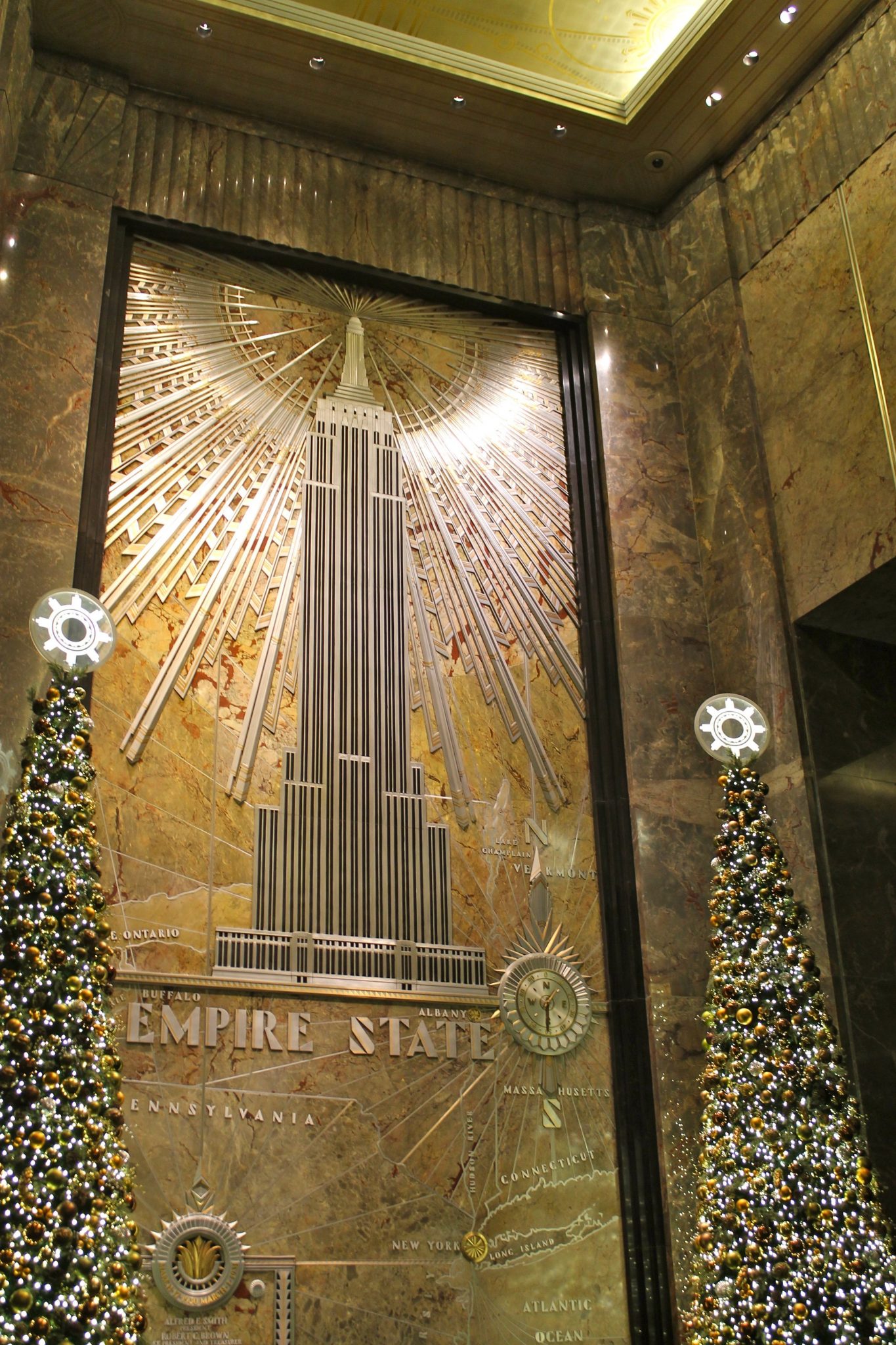 If you’re a student, take advantage of your status! If you go directly to the box office where a Broadway show is playing and show your student ID, you will not only get tickets for around $20, but also 4th row seats.

Broadway is very big on making sure young intellectuals have the opportunity to enjoy stellar theater as much as anyone else, so they always set aside a percentage of tickets just for this purpose. Go early in the day and see what they have left for the show you want to see.

If you’re not a student, use the TKTS tickets booths and get a discount for the day of, or for a matinee the next day. This is one of the best tips for seeing a Broadway show in NYC on a budget.

My sister and I were told that most of the decent Broadway shows sell out quickly during the holidays, so we chose to buy our tickets ahead of time, paying full price for nosebleed seats.

Apparently, they always say that tickets are sold out or are about to sell out, but more often then not they still have some the day of.

The one exception is for the extremely popular shows. This year those sold out shows were The Lion King and Book of Morman. Broadway was still a phenomenal experience, but I’ll know the right way to buy tickets next time.

Use the local metro.

The NYC metro system is actually very easy to use and will take you anywhere you need to go for super cheap. There is even an iPhone app for it. This is the best way to get around NYC on a budget, and it’s usually faster than taking a car with all the traffic in the city, no matter where you’re staying in New York.

As a bonus, it runs 24/7 so you can take it home once the bars close up at 4am, or anytime before. Paris doesn’t even have a metro that runs all night! The New York Metro is truly a blessing for being so accessible.

Take advantage of the Free Tours By Foot.

The Greenwich and Holiday Lights walking tours were some of my favorite memories from our NYC trip. Both tour guides I had were witty, funny, and extremely knowledgable about the city.

These tours not only made the historical facts behind the monuments and famous sights interesting, but gave you additional tips on the best places to go, things to do, and how to truly stay cheap in the city. They’re also a good way to see more local spots around the city, including some unique NYC street art and favorite cafes and restaurants.

I’m sure the tours are even better when it’s not winter, below freezing, and when you can actually feel your feet and hands.

If there is one thing I regret about this trip, it was not doing more of these tours. The wealth of information you attain is well worth the amount of exercise you put in by going on them. 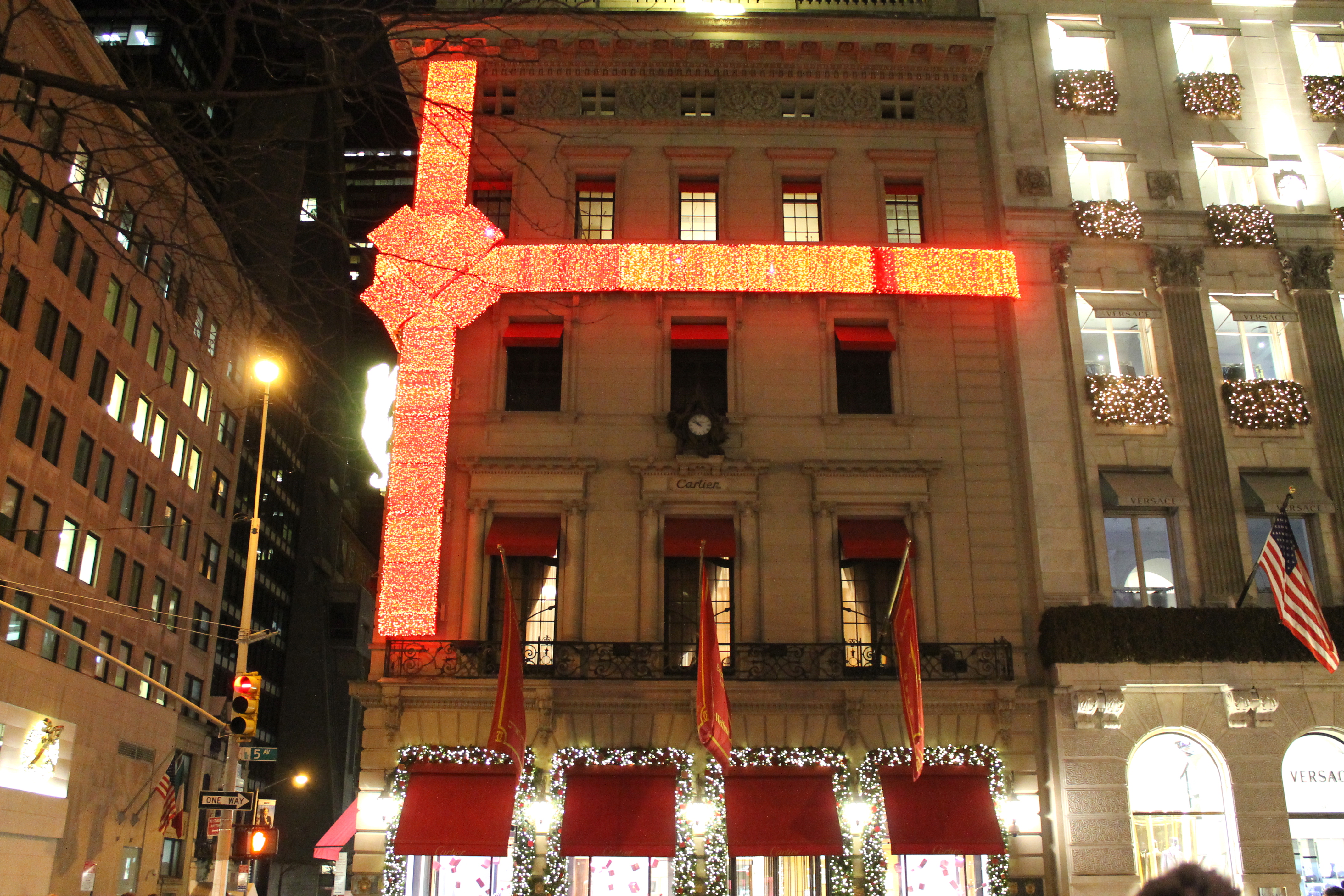 Use airbnb for accommodation.

Hotels in the city are one of the biggest drains on your wallet, and the hostels can be a little more on the sketch side than most cities.

To find a happy medium, check out airbnb (and get $40 off your first booking by signing up for an account through my link).

Recommended by a friend, it’s similar to an upscale couchsurfing site. Somehow my sister and I were able to find affordable accommodation a few weeks before our trip during the holidays in New York City. This is usually a more affordable option if you’re traveling either with one other person who you’re taking the whole family to NYC.

One of my favorite aspects of where we stayed in Brooklyn was the fact that there were no hotels around us, it was all local coffee shops, pizza places, and within walking distance to downtown Williamsburg.

Have you been to New York City? What are some of your favorite tips for staying cheap in the city?

Looking for cheap places to eat in NYC? Check out this post!

Related: 101 Things to do in Montreal | The Ultimate Bucket List

Looking for more US travel inspiration? Check out these related posts below!

Where to Find the Best Pizza in Chicago

The Best Things to do in Grand Rapids, Michigan

Looking to get lost in a redwood forest this weeke

Summer in the city 🌞✨ *hand sanitizer not pic

There’s no better time to get lost in nature, es

If you’ve been following my stories, you know th