On Coming Home to the Land of Fear

I’m tired you guys. Exhausted might be a better word. I try my best to spread positivity on this blog and to focus on the good, but sometimes, sometimes, I have to be honest and talk about the negativity too.

The America I left 3 years ago, is not the same one I came back to last March. Perhaps I was blinded by my love for my country, never having spent a decent amount of time away from it previously.

I know this was not a sudden change, it’s something that has been building throughout the decades, probably, to be honest, since America was born. But the America I came back to last March, the one I’ve been living in for the past year and a half is unrecognizable to me now.

This is not the America I remember. I hear about a new shooting at least every other week if not every week these days. The political sides have become so polarized that even our news is not really news anymore. Fox News blatantly lies to your face every day of the week, MSNBC puts a liberal spin on their stories. There’s not an American news channel I trust anymore, the media here continues to do what it does best, in conjunction with our politicians – it spreads fear and hate for the unknown.

I know this and yet even I can feel the fear creeping in with each day I spend in this country. We’re brainwashed to fear everything. Brainwashed to the point that even our citizens can successfully argue to keep fully automatic weapons loaded and concealed with them when they’re out and about – to protect themselves against assailants, the government, a rabid bear that walks into Walmart, you name it.

We have become so polarized that even news stories that have nothing to do with politics become highly political in online message boards. People call each other “libtards” and “repugnantcans”, like we’re in middle school again and we use names to make the other party feel bad because we don’t know how to have a thoughtful discourse.

People say, “it’s just because you came back in an election year, it’s always bad in election years,” and to them I say, I don’t think it’s that simple. It doesn’t just have to do with it being an election year (although that has brought out its fair share of hate as well – don’t even get me started on Mr. Trump over there).

Our fellow citizens, whether they’re white, black, hispanic, asian, or arab, they’re dying. They’re dying every single day in this country, mostly due to senseless violence. How is there not something wrong with that? How can that not be enough to set aside stubborn differences and come together to make real change?

How can so many people just give up and pessimistically say that nothing is ever going to change, America is too stuck in its ways. Or, “the libtards are just trying to take away our guns” or “the repugnantcans are all idiots that only use logic from Fox News, I can’t argue with that.”

How can America be so stuck in its traditions, of what makes us “AMURICAN” that more people can’t see the bigger picture? People are DYING left right and center because of this fear of the unknown, because of racism, xenophobia, homophobia. 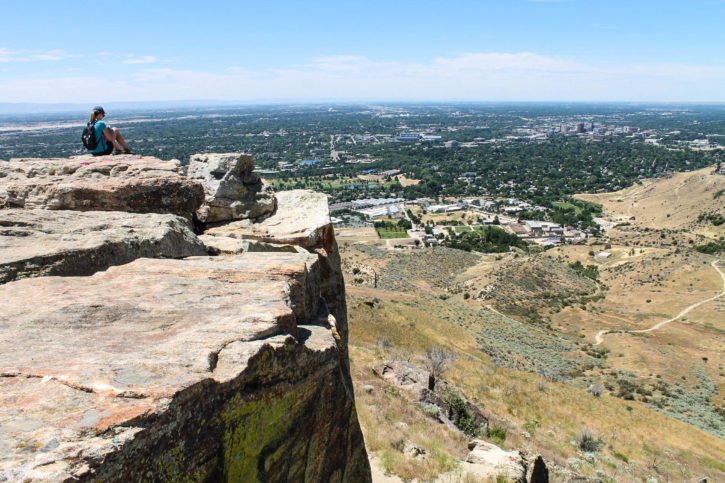 But it’s a cycle that continues to repeat itself. Each night the individual news channels come together and spew hate and fear. The politicians speak at press conferences telling us why we should be afraid of ISIS, or muslims, or the new scapegoat that we should fear. This country is not run on being the land of the free, the land of understanding and acceptance, the land of rights and freedoms, it has become the land of fear.

And it breaks my heart, it makes my head spin, it makes me feel helpless, which is exactly how this cycle keeps repeating itself. At times I just want to go off to a deserted little shack on an island with no internet, no news channels, no politicians, just to find some peace of mind.

The amount of hate I’ve witnessed in the past year is immeasurable. The lack of understanding from both sides of any argument brought up in this country is astounding.

I can only hope that more positive things will start to outweigh the bad, that there will be more openness and change. I am happy that I’ve been able to see that kind of slow change in this country in the past few years, even though it may be overshadowed sometimes.

There was the affirmation of same-sex marriage in the supreme court, the fact that climate change is being put into the forefront of discussions now, the mainstream acceptance of transgender people, new relations and progress with Cuba – a country that has been closed to America since I’ve been alive. But this is just touching the surface. What this country needs today is even more progress, more change, and more understanding.

I hope that we as a people can eventually get off our high horses and actually listen to each other. I hope that one day it won’t be ingrained in our culture to perpetually fear people of color, and thus act out according to that fear. I want there to be a serious discussion of rape culture in this country, of white privilege, of law enforcement, lawyers, and judges doing their jobs and not allowing bias to seep into the cracks.

I want more people to travel, to see the world and the different cultural discussions, issues, and the good that is actually happening out there. I want everyone to have friends of all colors, sexuality, and gender so that we can stop with the us vs. them mentality.

I want the hate to stop so we can actually start healing. We only tear bigger holes into ourselves with each shooting, rape, and hate crime that happens. I’m ready for us to work towards something, not stay in this repeating cycle that leads to nowhere but sadness.

I hope that one day I can see those dreams come true and join in the fight to make them a reality. To see this country come out of the darkness and to let a little light back in.

Think before pressing enter on Facebook or that BuzzFeed message board, think before sending that chirpy meme to your friends (no matter how funny or true you may think it to be), and ask yourself if you’re a part of the problem.

Are you spreading hate today? Even if it’s with people who think the same way you do, if you’re putting down the other side (whether that be in terms of politics, race, religion, or gender), you’re adding to the divide. Sometimes we don’t even realize it because we believe to be on the right side of an argument, I know that feeling well too.

All I ask is that we take a moment to stop spinning and at least try to understand each other, to think before acting or arguing, to think for ourselves, and to actually start listening to one another. Although seemingly small in the scheme of things, I think this will be the key to eventually opening up a thoughtful discussion on how to change where we’re at in this country.

I’m tired of feeling sad and angry – how about you? 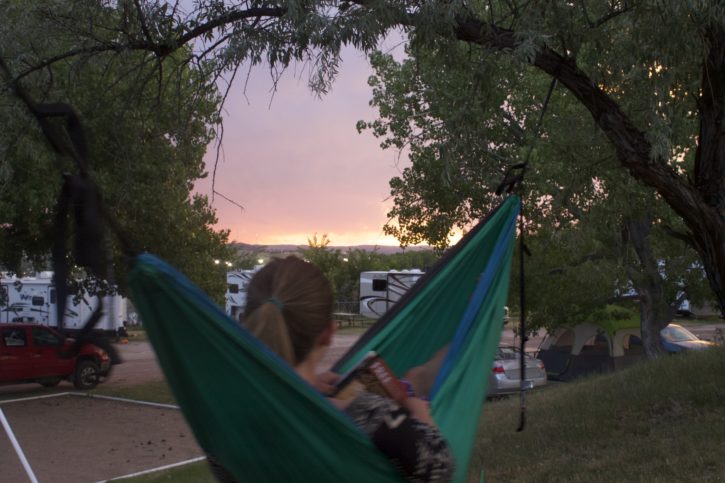 What are your thoughts on America in 2016? How can we change the present discourse of fear and hate that is somehow normal these days?