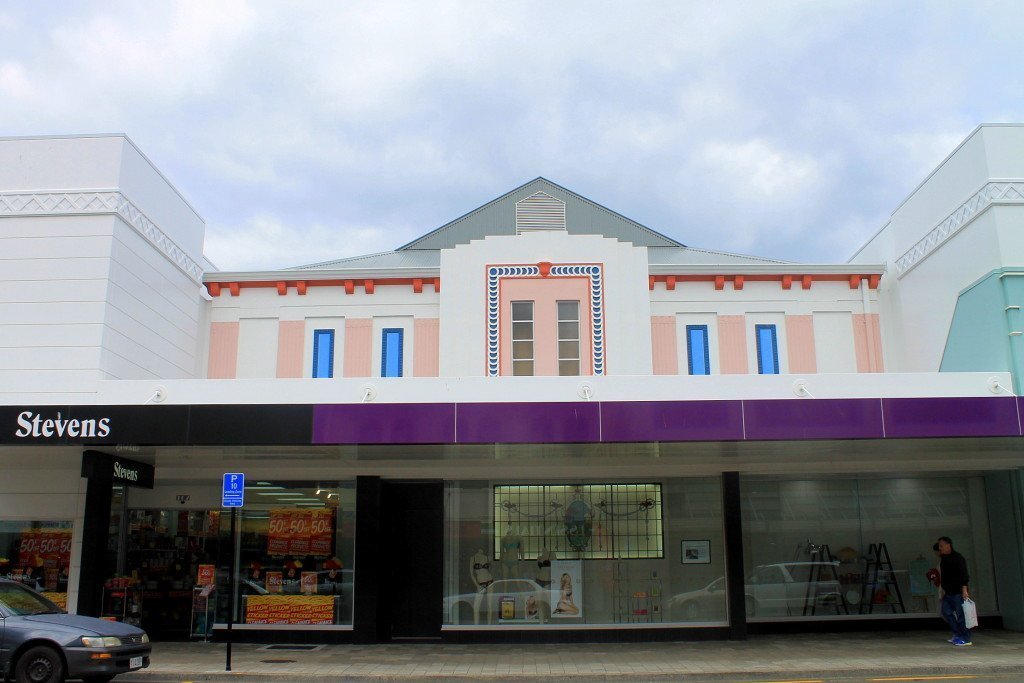 On our way to Gisborne for a romantic getaway for Valentine’s Day, my boyfriend and I stopped in Napier, the Art Deco capital of New Zealand, and one that I was immediately charmed and enamored with.

When we parked the car and hopped out, we were inundated with the feeling that we had just walked into The Great Gatsby. Located in Hawke’s Bay, which is known for its wine (especially Chardonnay!), the sleepy city of Napier takes you back to another time and place. In 1931, there was a 7.2 Hawke’s Bay earthquake which leveled the town and killed over 250 people in the region. The downtown of Napier was catastrophically destroyed and had to be rebuilt. Being the 1930s, at the height of the Art Deco period, the downtown was rebuilt in the style that was popular at the time. Most of those buildings still stand today and many of the storefronts remain untouched, not remodeled into modern aesthetics. I see this as a homage to all those who perished or were effected by the 1931 earthquake.

It makes for a really interesting and photogenic city, one that is actually one of the most photographed tourist attractions in all of New Zealand. Every year in February, people flock to Napier for the Tremains Art Deco Weekend. Unfortunately we weren’t there for the weekend, but I’ve heard it’s a sight to see with the number of old cars from the early 20th century and people dressed up in 1930s fashion.

Napier goes all out to relive the Art Deco period. We had a grand time grabbing lunch, walking around the downtown streets, and taking pictures of the colorful personality of Art Deco Napier.

I would highly recommend making a stop and checking it out for yourself, especially if you have ever wondered what it would feel like to live in another time.

Napier is a great stopover if you’re on your way to Gisborne, or taking a road trip around the North Island. Have you ever been to a place that still feels like another time period?