5 Cool Things to do in Budapest (From a Local) 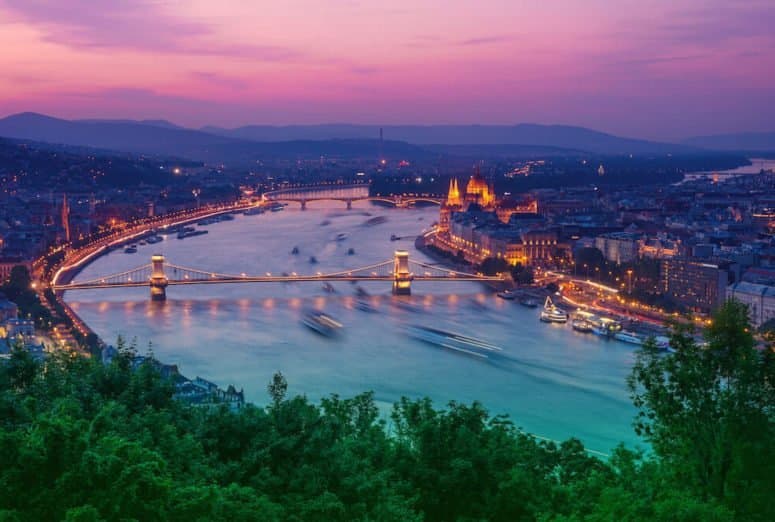 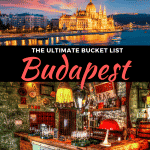 5 of the coolest things to do in Budapest from a local’s perspective.

The Atlas Heart is a place to find the best local experiences in cool cities around the world, and to throw out misconceptions we might have about other cultures. With this in mind, I sometimes seek out other perspectives on this blog to help with a more layered view of the world.

Today, Katie Matthews from ‘Where to Stay in Budapest’ shares her picks for the best local experiences to have in Budapest, Hungary – a city she has been living in for the past 15 months.

In January 2017, my husband and I landed in Budapest for the third time, intent on moving to the city that had so intrigued us on previous visits as tourists.

With a few friends and acquaintances living here – all of whom who regularly sang the city’s praises – we knew it was a livable, young, and fun city to base ourselves. Super convenient for exploring other parts of Europe, but also worth plenty of time in its own right.

Thankfully, the Hungarian authorities agreed with our plans, and granted us a 3-year visa to live in Budapest, giving us the time to develop an even deeper love affair with this so-called pearl of the Danube.

If you’re lucky enough to have a trip to Budapest on your travel docket, and want to get off the well-beaten path of tourism and explore the city like a local, these suggestions should get you started.

These are some of the best things to do in Budapest, Hungary that keep us busy as locals in the city!

5 of the Best Local Things to do in Budapest

Take the BKK Ferry Instead of the Danube River Cruises

Locals are keenly aware of what an asset the mighty Danube is to their city and its tourism dollars.

As a result there is no shortage of organized river cruises crawling up and down the Danube throughout each day and night. While these cruises aren’t bad per se, and many of them are in fact reasonably priced, they’re not exactly packed with locals either.

Our suggestion is to skip these organized boat tours and take the public ferry instead. BKK, the Budapest transit authority, runs several small ferries going up and down the Danube throughout the day.

We’d suggest boarding the boat at Boráros tér in the south, and riding the boat all the way up to Margaret Island (Margit sziget). This route takes about an hour, and will zig-zag across the river from Pest to Buda and back again.

You’ll go under the Chain Bridge and pass in front of the Hungarian Parliament building, checking off some sightseeing and one of the best things to do in Budapest as you go.

You can check updated boat timetables and prices on the BKK website: https://bkk.hu/en/

Drink at a Bar Filled with Locals

When it comes to nightlife, Budapest is most known for its ruin bar scene.

Back when communism kicked the bucket in this part of the world, some young and enterprising Budapesters convinced the government to let them take over abandoned buildings and turn them into what were essentially pop-up bars filled with mismatched furniture and decorations.

The bare minimum of renovations and construction were done, all of which were focused on safety rather than aesthetics. As it turns out, these bars were a hit and never “popped down.”

Today Budapest is full of ruin bars that share that same sparse and haphazard look of the originals, as if they were decorated by raiding grandma’s house.

While Szimpla Kert in the party-focused 7th district is the most famous, it’s also the most touristy. Head there on a weekend evening in the summer, and you’re unlikely to run into any locals.

If you’d rather find a ruin pub where you can rub shoulders with young and fun Budapesters, check out Élesztőház instead, in the 9th District. Much more subdued, Élesztő has a great selection of local craft beers and Hungarian wines, served around a central courtyard of tables.

If you’d prefer not to stray from the super central 7th district, known as the Budapest party district, it’s possible to find local favorites in this area – you just need to know where to go!

In the summer, Kőleves kert garden bar on Kazinczy u. is a favorite. Fekete Kutya on Dob u. is popular year-round, and in summer drinkers spill out into the attached portico, perching themselves in the arches while enjoying a beer, glass of wine, or rosé fröccs – the wine spritzer that is ubiquitous in the summer.

Just up the street, Kisüzem is always a popular option, too. When it gets too crowded to reach the front door, patrons climb in and out of the windows to access the bar!

And when you get hungry, head to Street Food Karavan. Admittedly fairly touristy due to its location and ambience, this is still a really fun spot to grab a casual dinner when the weather is warm.

New York Café, Café Gerbaud, and Café Central get a lot of hype, and most tourists have a visit to at least one of these cafés on their Budapest to-do list. And while they are gorgeous, they are also extremely expensive by Budapest standards.

If you want a great cup of coffee in a place where you’re likely to run into locals, make a point of exploring some of Budapest’s excellent third-wave coffee shops.

Café Madal has three locations, but the one near parliament is the largest and is my favorite. Espresso Embassy is just a few blocks from St. Stephen’s Basilica, and has great coffee and some of the best chocolate chip cookies in the city.

And My Little Melbourne is on the edge of the 7th district, making it a perfect stop when you need a break from exploring the city’s impressive Jewish heritage.

One of our favorite things to do in Budapest. The views of the Danube and Pest from Castle Hill – at Fisherman’s Bastion and the Castle Gardens, in particular – are undeniably impressive. But locals rarely go to the Castle District, and these aren’t the very best views in the city.

Instead, take the M4 to Szent Gellért tér and hike the 20 minutes or so up Gellért Hill / the Citadel to the Liberation Monument at the top. While there are plenty of tourists that do the same, this is also a popular spot with locals, and you’re sure to pass many Budapesters relaxing at the viewpoints and benches on the way up.

This is one of the best spot for sunsets in the city, so we suggest you head up toward the end of the day to enjoy the show!

When it comes to Budapest’s bridges, the Chain Bridge gets all the glory!

While it does make a picturesque walk from Pest to Buda, or vice versa, I much prefer the view from Margaret Bridge (Margit híd), which is a bit closer to the Parliament building, and offers a nicer view overall.

To get to the viewpoint, take tram #4 or #6 to the Margitsziget / Margit híd stop, and cross to the south side of the bridge.

When you’re finished enjoying the view, head into Margaret Island to explore one of Budapest’s nicest parks! 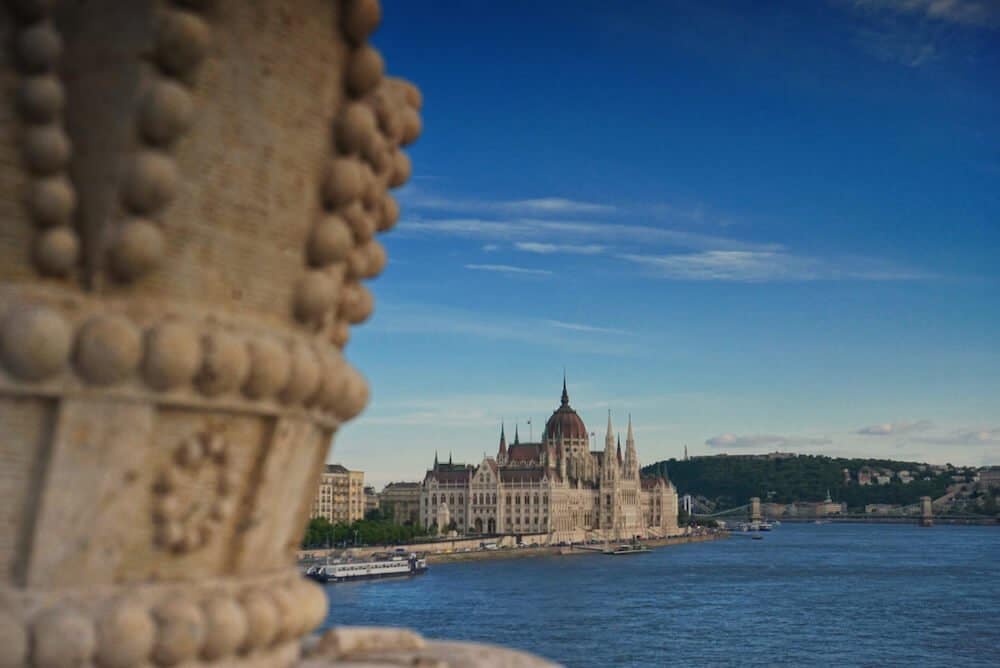 Perpetually on the hunt for cheap flights and cold beers, Katie Matthews has been traveling since she was 16, when she moved to Denmark in search of hygge.

Picking up a Canadian husband and a Taiwanese street cat along the way, she now lives in Budapest, where she runs the travel blog WhereToStayinBudapest.com with her husband, Geoff, as well as making adult coloring books for travelers. You can follow her online at Facebook, Instagram and Twitter. 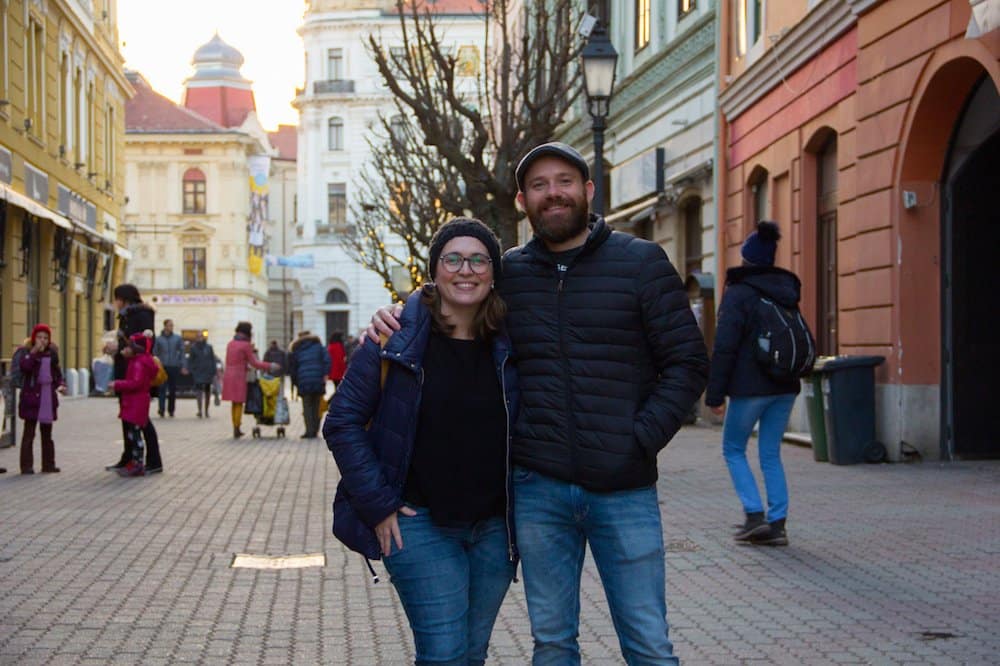 Looking for more Central Europe travel inspiration? Check out these related posts below!

Escaping from a Salt Mine in Krakow 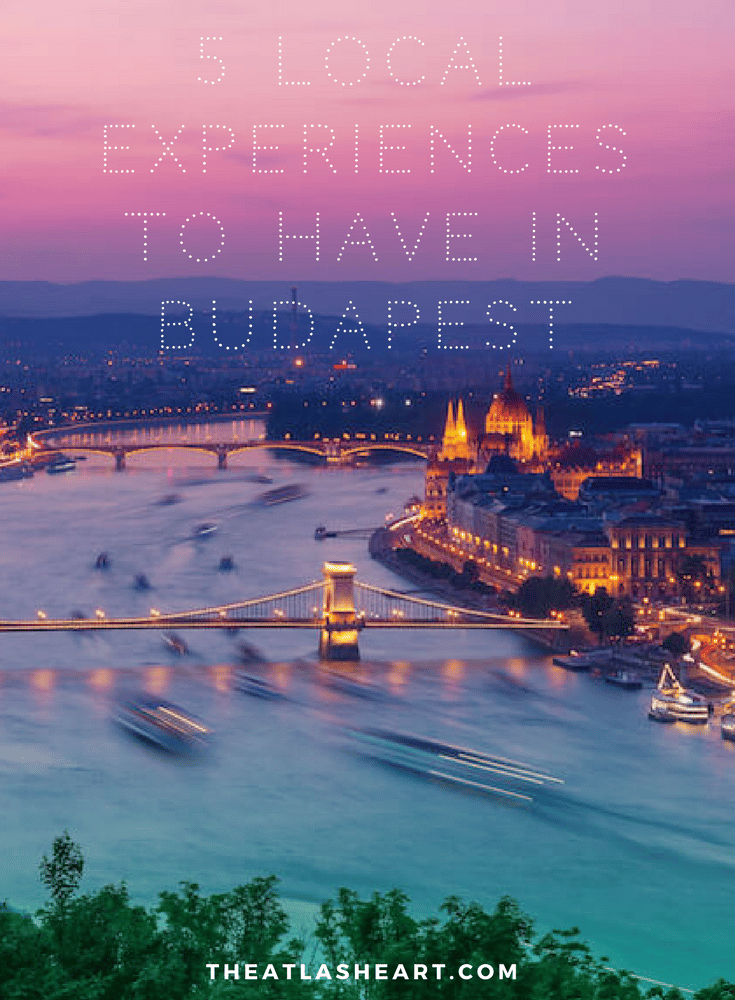 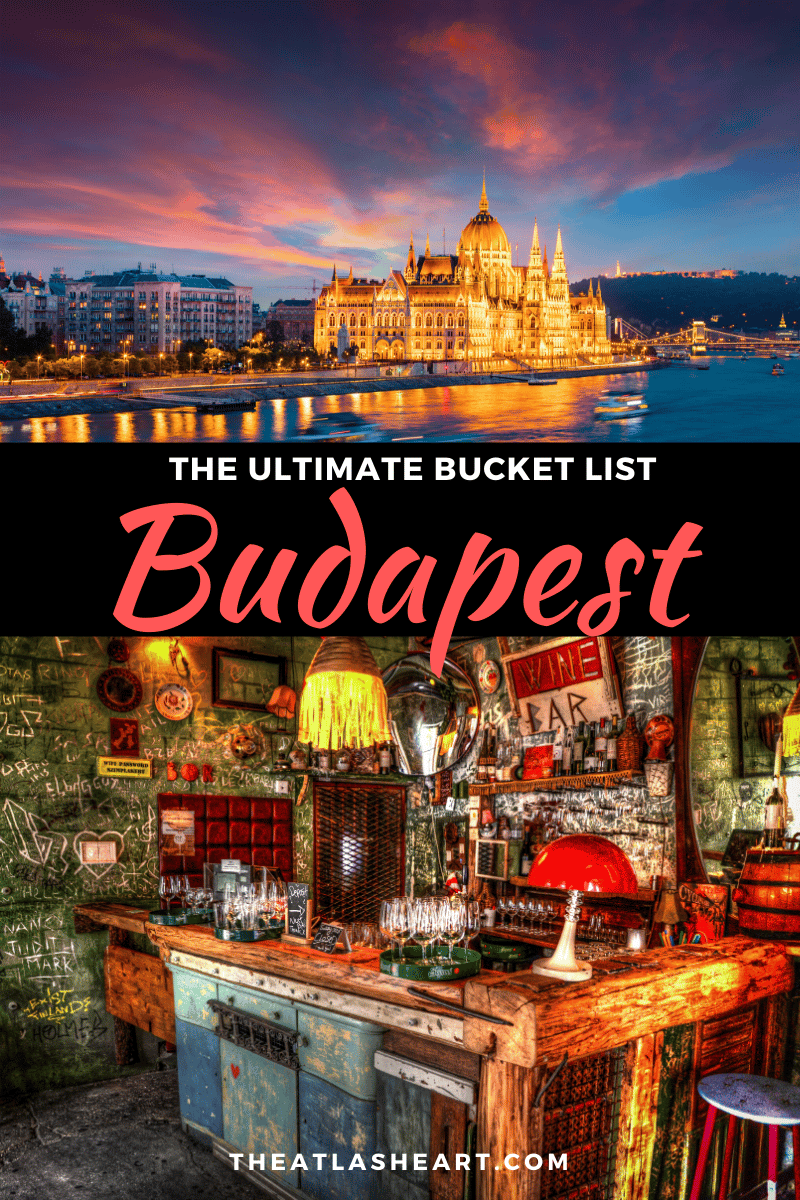