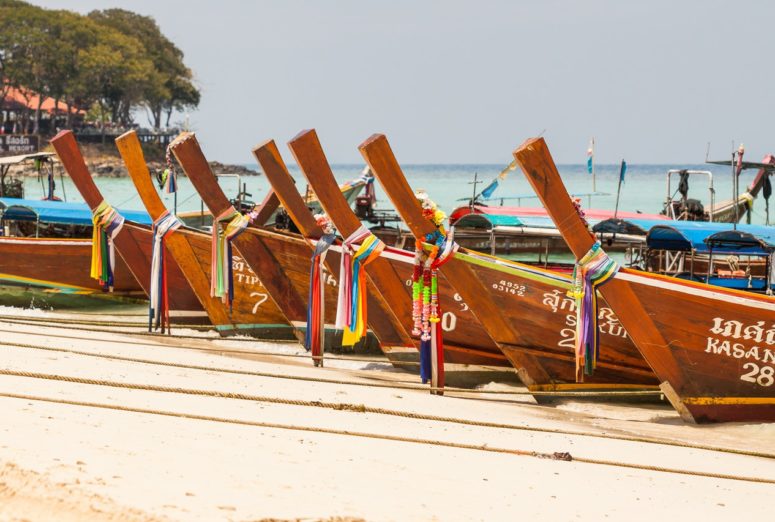 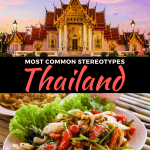 So, this is my guest posting series about the travel misconceptions we find throughout our lives and epic journeys. I’ve asked a few writers to talk about their own misconceptions and perhaps how they were proven wrong in their travels.

Without further ado, I’m happy to introduce the next guest poster on this blog – Jim Liang from Asia Marvels, who is discussing Thailand and the common misconceptions many travelers might have before traveling to the country. Take it away Jim!

When thinking of the Thailand from popular travel magazines and brochures, you probably imagine beautiful Buddhist pagodas, tropical islands, and the vibrant city of Bangkok with its skyscrapers and exquisite street food.

You will find this when it comes to being a traveler in Thailand, but there is also so much more to the country than just these cliche touristy images. 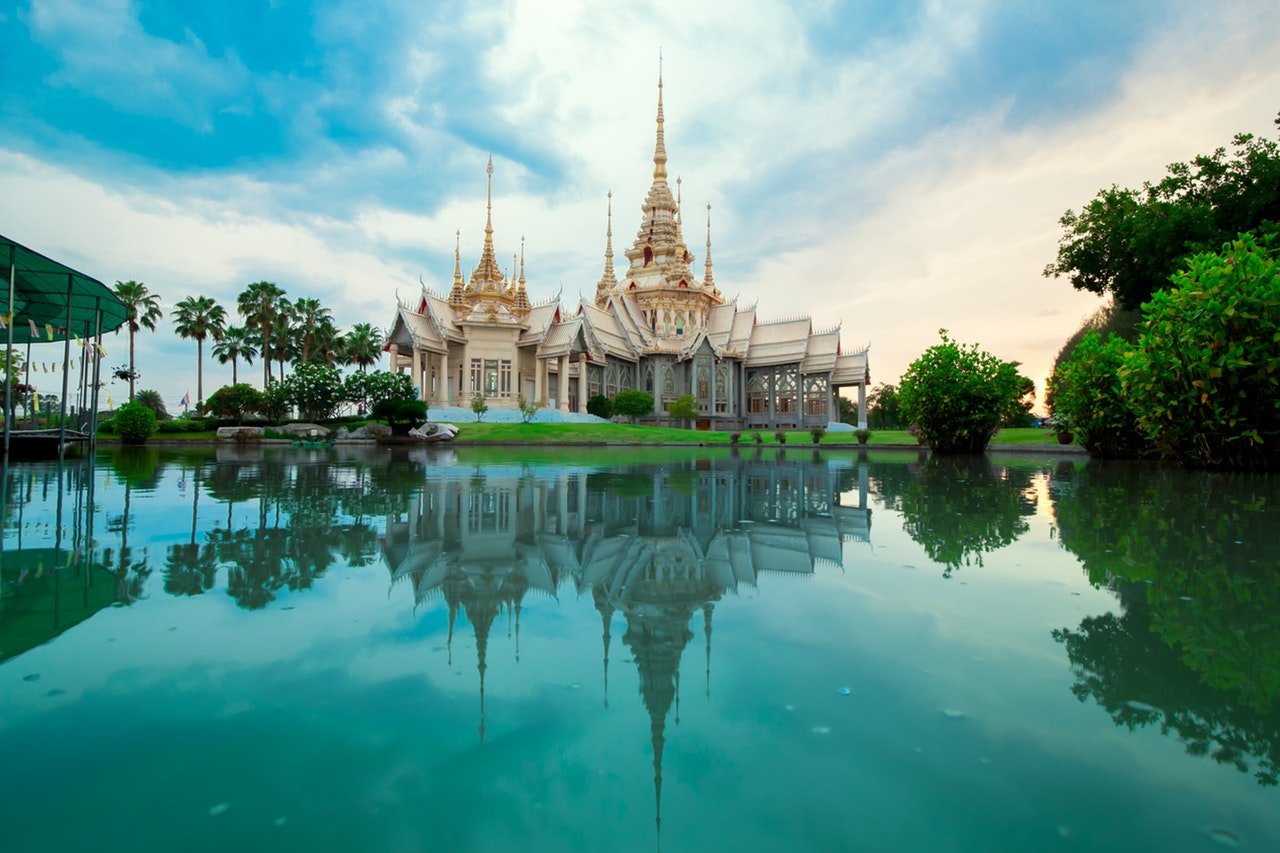 Tourism in Thailand has had both positive and negative aspects, and what you commonly think, hear, or read about is not always true. Specifically, the monks with their ascetic life, the pampering of elephants, and eating Thai food with chopsticks are the usual misconceptions that visitors have before arriving in the country.

If you don’t want to be shocked when you actually travel to Thailand for the first time, the following article will be helpful to read through.

Thailand is in the ‘Third world’ 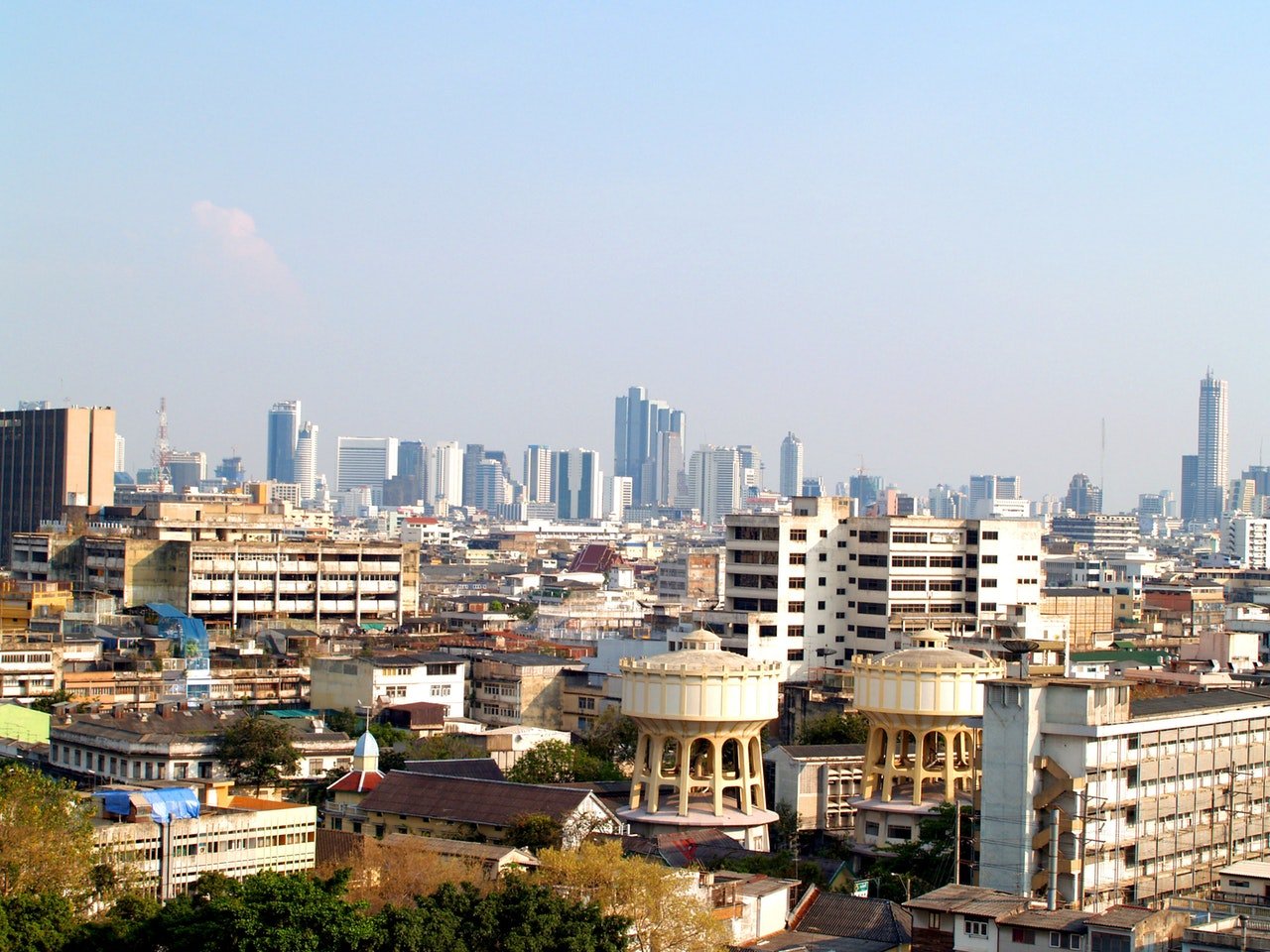 The term ‘Third World’ was first used in 1952 by the French demographer, Alfred Sauvy, as a reference to the Third Class in the French Revolution. Today, however, this term refers to developing countries, regardless of their political form, and often has a negative connotation.

In modern day lingo, although still not perfect, the term ‘developing’ countries has become popular to replace the term ‘Third World’.

However, this misconception can be misleading. Nowadays, visitors who have spent some time in the country, associate Thailand with modern cities, such as Phuket, Chiang Mai, or Bangkok. Travelers may also be surprised to find skyscrapers, 5-star hotels, international hospitals, prestigious schools, and many wealthy citizens. 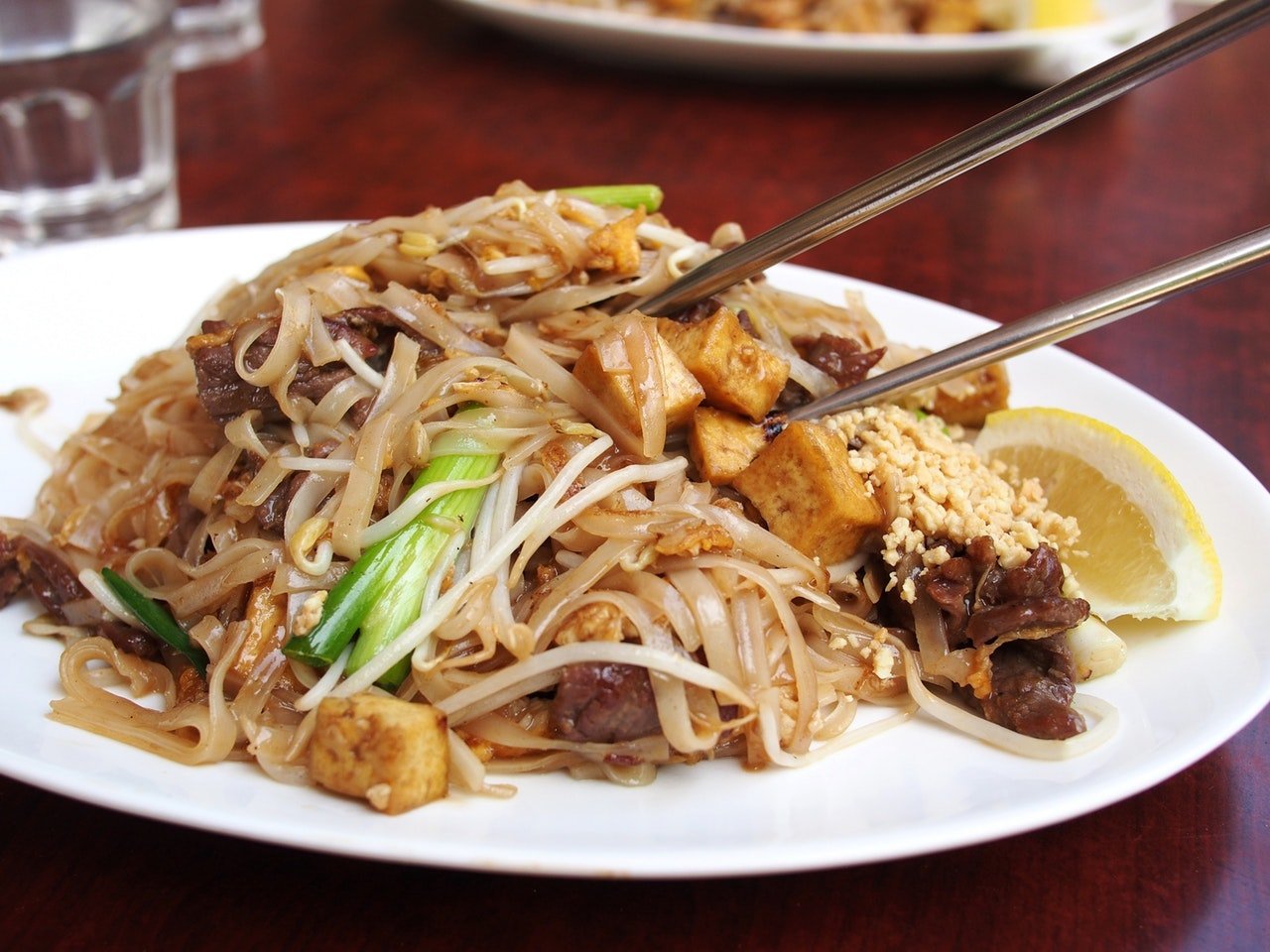 Thailand is an Asian country, therefore, it is easy to understand why many people think everyone eats withs chopsticks. Thailand is one of the many Southeast Asian countries where this isn’t the case though.

In Thailand, people mainly use spoons and forks, and chopsticks are only used in Chinese and Japanese restaurants. Moreover, the fork does not tend to be used directly when eating, but to help push food onto the spoon. 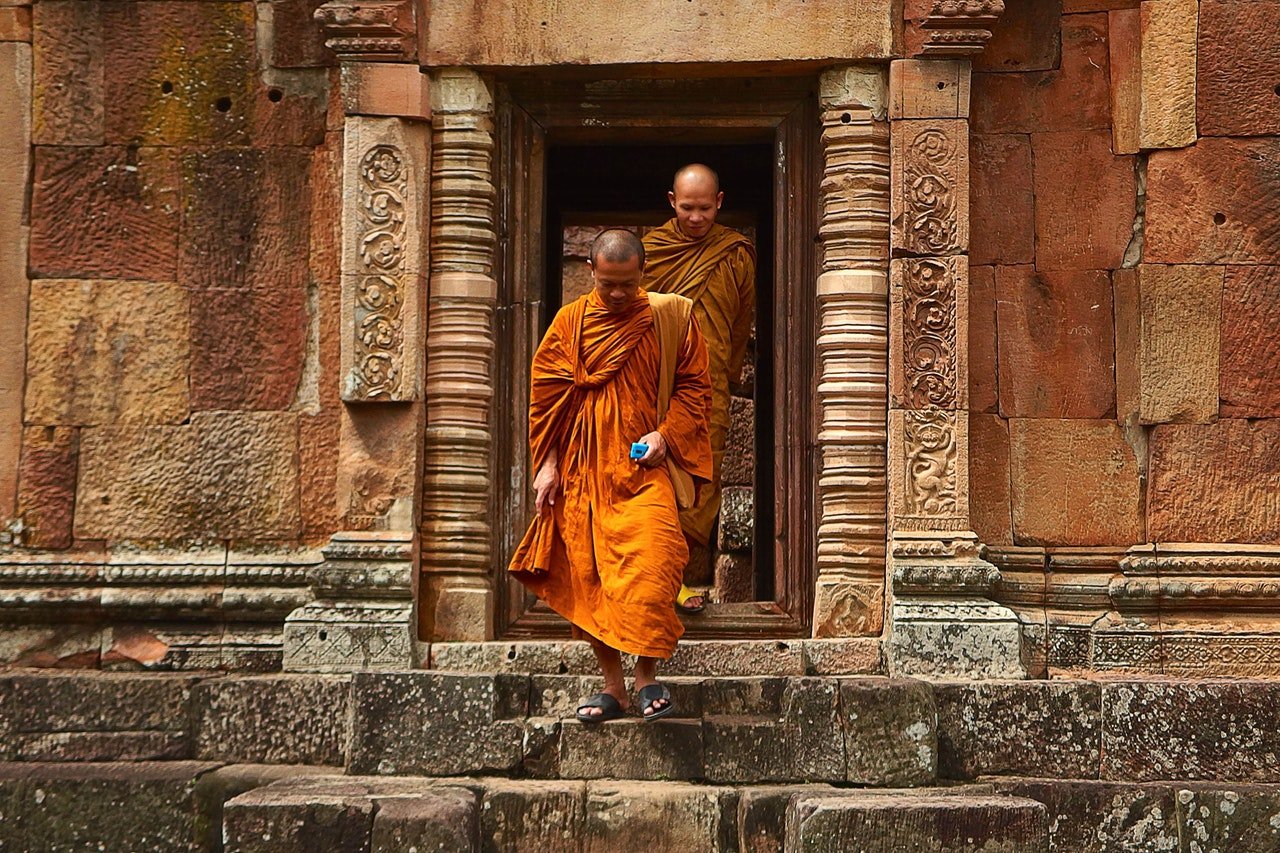 Travelers often assume that Thai monks are quiet men in yellow robes, begging for alms, and living an ascetic life.

In fact, some Thai monks go shopping for electronics, take photos with iPads, and use sophisticated cameras, iPhones, and smoke cigarettes. It’s not uncommon to meet a monk and then be able to add them on Facebook.

Elephants are well taken care of 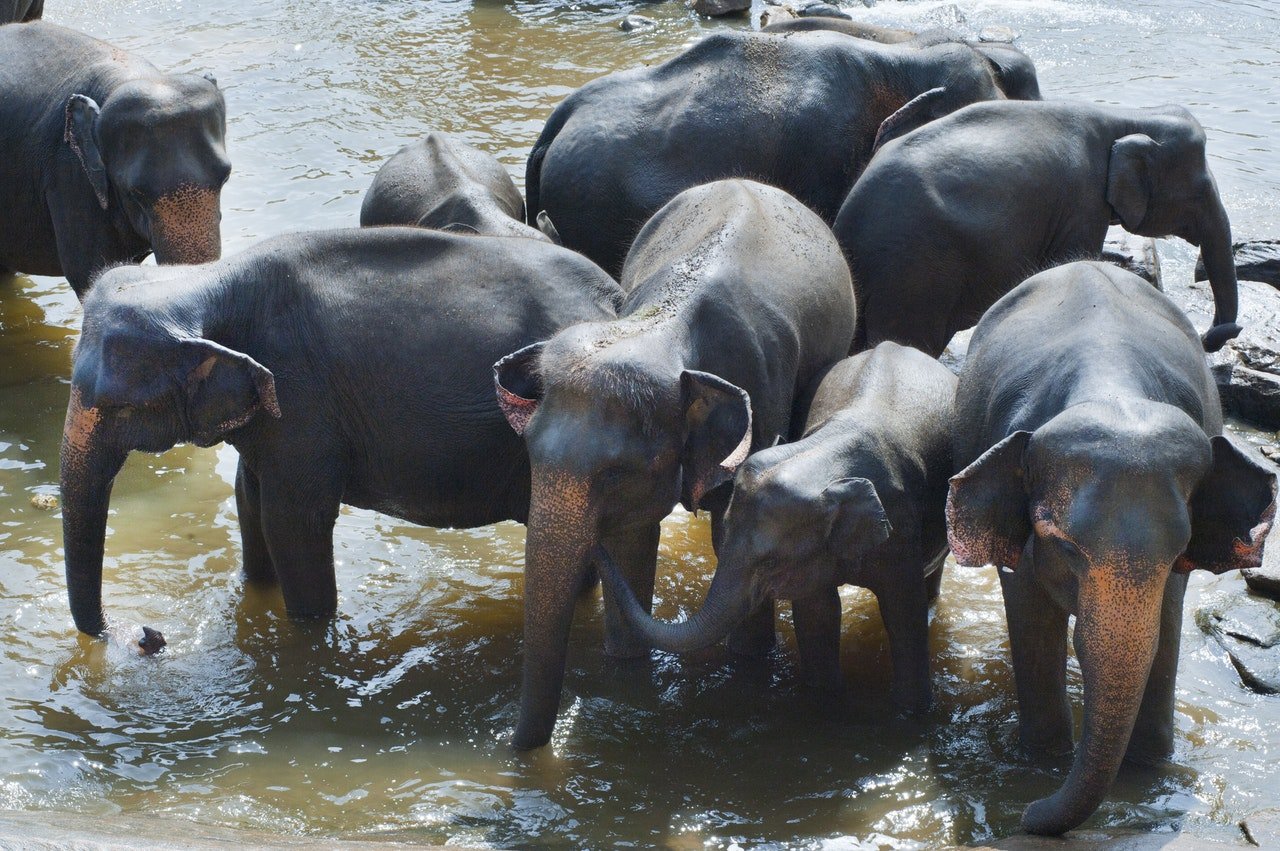 Elephants are Thailand’s symbolic animal, but sadly not always well taken care of. One of the reasons this is the case is because of the tourism industry, and the demand for elephant rides by tourists. (One of the many reasons why you should never ride an elephant in Thailand).

This demand has led to an illegal trade and the regular abuse of elephants. Elephants are obliged to cater to travelers, are often beaten, and live a shackled existence from a young age.

In Chiang Mai, the tourism industry exploits the benefits of elephant riding across the forest, which raises many ethical questions.

Many elephants in the northern city are trafficked illegally and brought to Thailand to be domesticated by barbaric means. They are usually kept in chains when they are not working. When these elephants carry passengers, they are beaten by the ‘carer’ with iron hooks to maintain control of the animal.

Nature reserves such as Elephant Nature Park in Chiang Mai and Boon Lott’s Elephant Sanctuary in Sukhothai are safe homes and sanctuaries for elephants, allowing you to have contact without harming these animals.

Pad Thai is the typical dish of Thailand 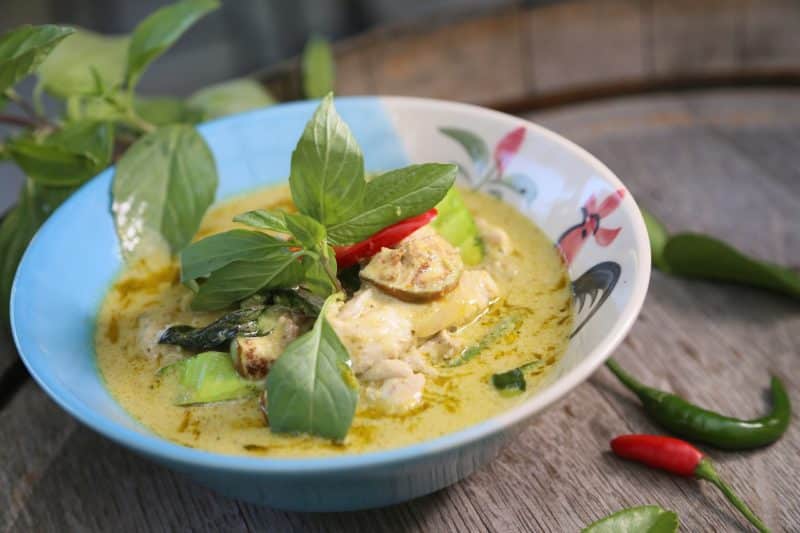 When thinking of Thai food, the American tourists often refer to Pad Thai first, as this dish always appears on the menu of Thai restaurants in the United States.

However, this is not the most popular dish in Thailand among thousands of attractive dishes. It is only popular in the tourist areas.

Anyone can teach English 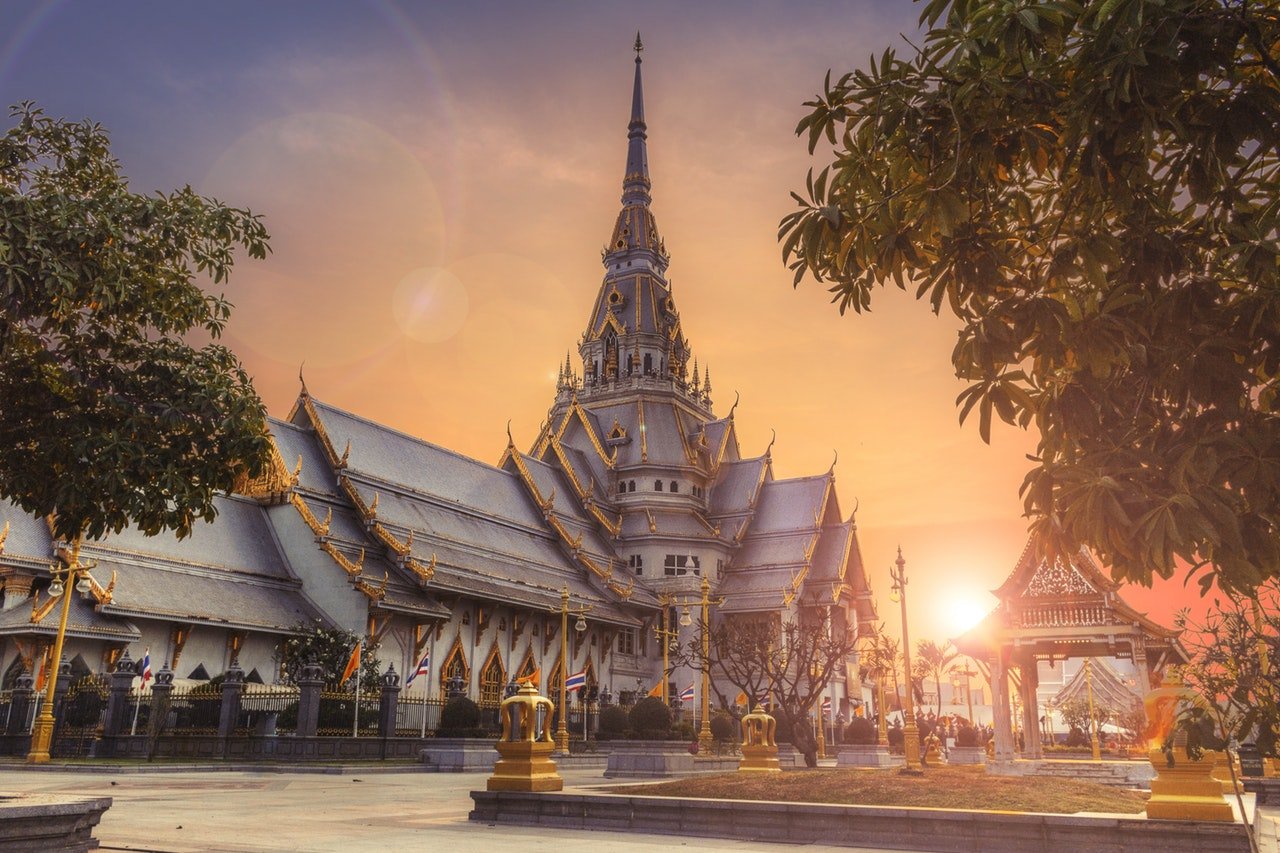 However, not everyone can teach english in Thailand. Teaching English requires a selection process with credentials, formal qualifications, as well as teaching experience. Many places also require a four-year university degree.

Thailand is all about the Full Moon Party 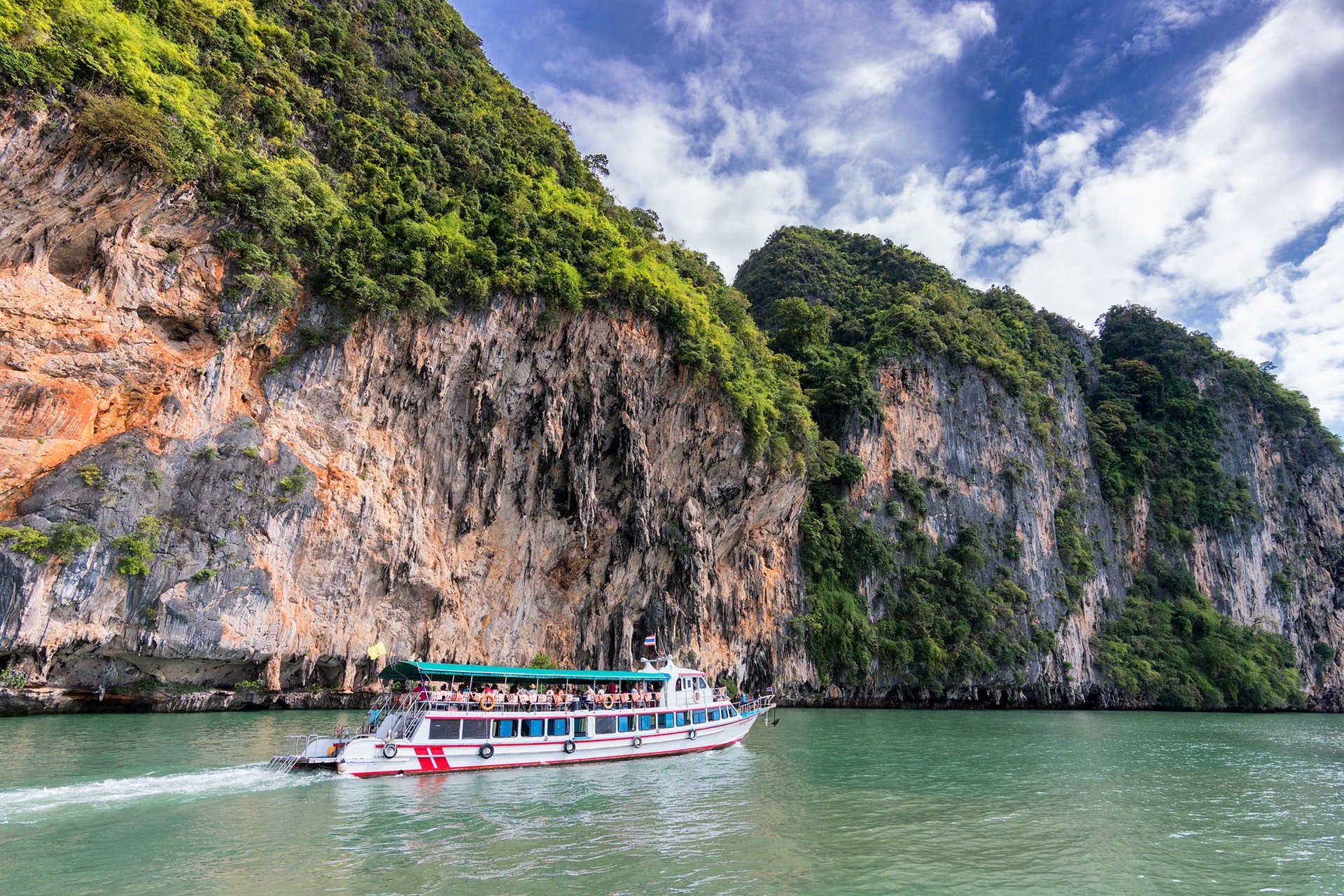 The Full Moon Party in Koh Phangan has long been an event attracting many tourists and late night party lovers. However, Thailand has many other interesting and colorful festivals throughout the year that aren’t only focused on drinking and geared for western tourists.

For example, the International Kite Festival held every March; Songkran Festival – The Thai New Year generally celebrated in April; Loy Krathong (Lantern Festival), which is considered to be the most romantic festival in the world with sparkling lights, floating lanterns, and scented candles; and also the Thai Craft Beer Festival, which has a festive and relaxed atmosphere.

All Thai foods are spicy 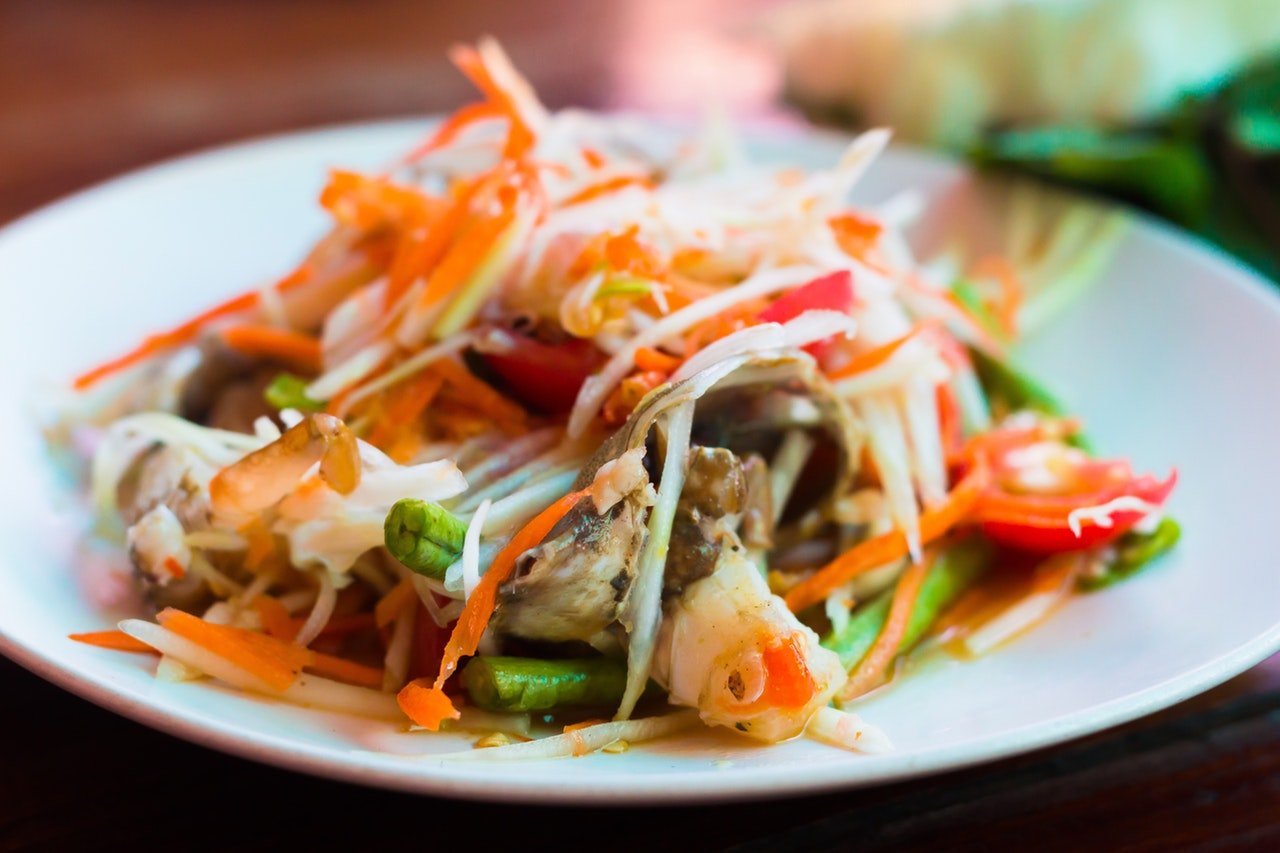 Tom Yum and Som Tum are often very spicy. Many other dishes though, such as the omelet, garlic chicken, meat noodles, fried rice and other popular dishes are not spicy at all. 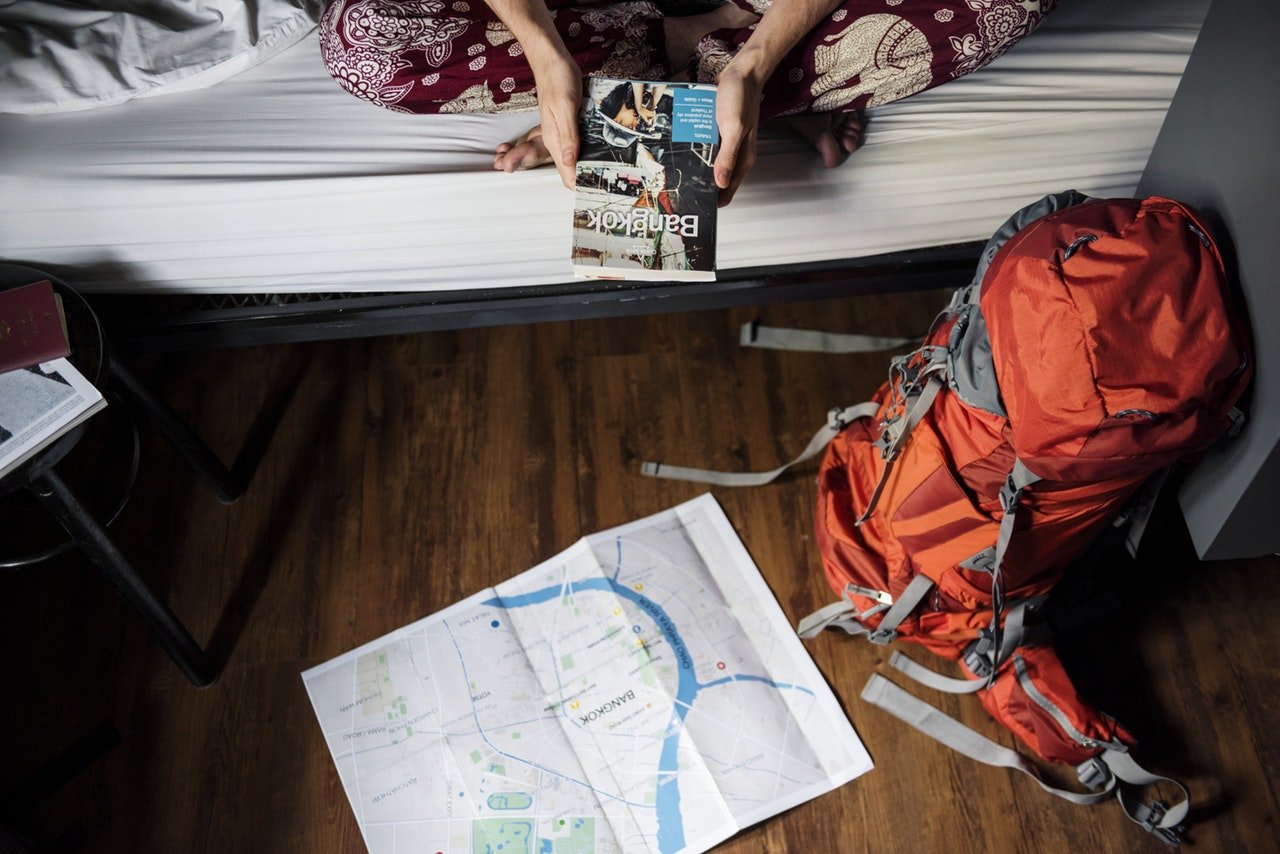 In comparison to most Western countries, your holiday to Thailand will be very cheap. This is especially the case in terms of accommodation, meals, and overland travel, which are extremely affordable. You can buy street food for less than $2 with a glass of Chang Beer.

On the other hand, Thailand has a significant tax on imported goods. Electronics and cars are expensive. Restaurants, bars, and shopping malls, especially those that cater to western tourists and in cities like Bangkok and Phuket, are not cheap at all. You will often find the same prices that you would back home in these places.

The weather is always hot 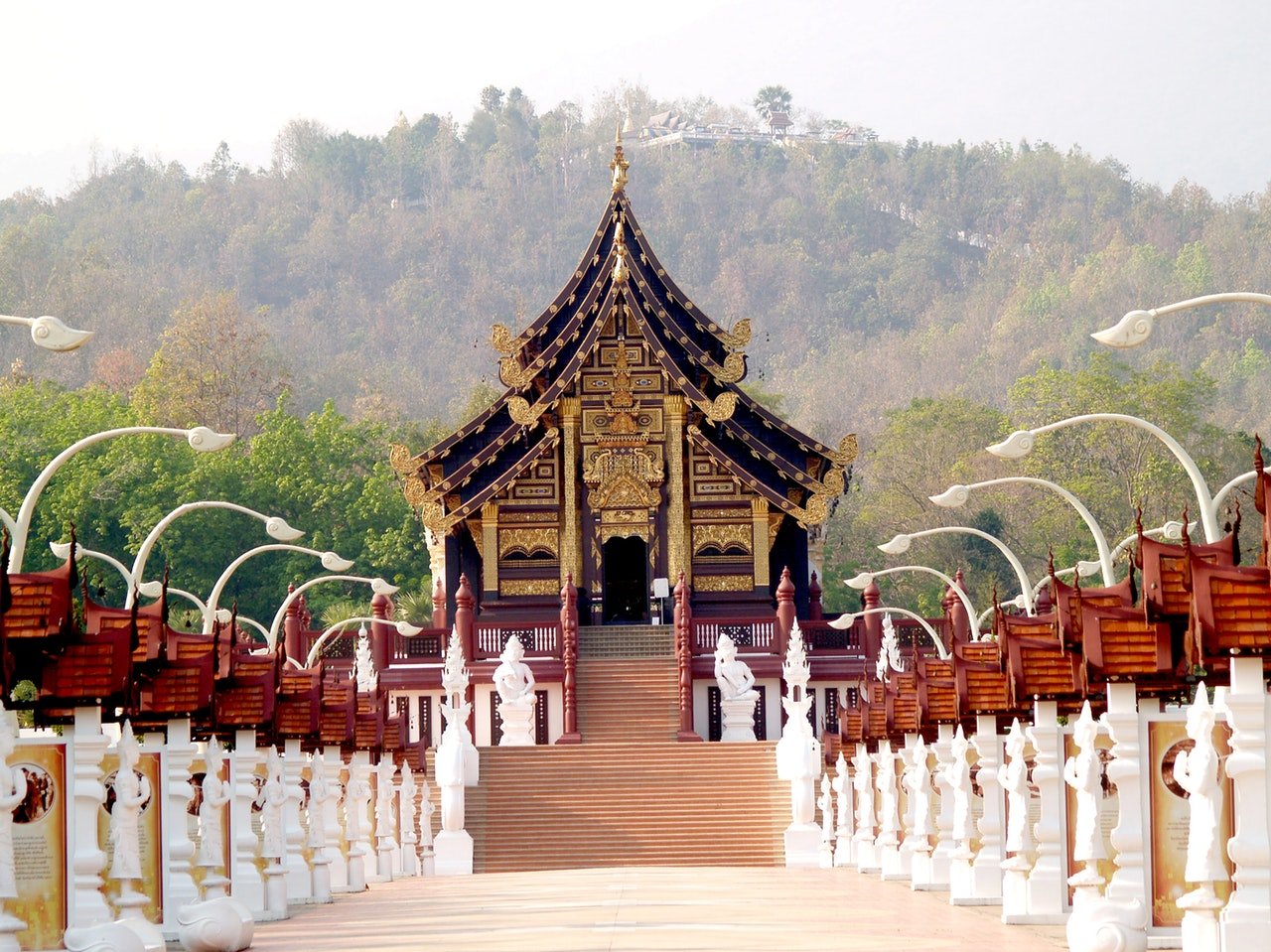 Thailand has a tropical climate but this does not mean that it’s always hot. The cities in the northern and northeastern highlands, such as Chiang Mai and Chiang Rai have a mild climate with low humidity, especially from December to February.

This is a common misconception that you’ll find in many places around Southeast Asia, especially in northern regions of countries such as Myanmar, Thailand, Laos, and Vietnam – it can get cold during certain seasons.

For instance, Loei Province is Thailand’s coldest region. Phu Rua National Park in Loei can get down to 48 F during the day and cooler at night. So depending on where you are coming from and what season you’re traveling in, make sure to do some research and bring the appropriate clothing.

I hope that the above information will help you look right over the beautiful country of Thailand. Have a nice trip!

Jim is the writer behind Asia Marvels. He loves traveling around Asia and sharing his stories & travel guidelines with his readers. His goal is for people from all over the world to see the beauty of the landscape, people, and culture of Asia. You can also find him on Twitter and Facebook!

Are you ready for a trip to Thailand now that you know more about Thai culture? Check out how to spend 3 weeks in Thailand here. 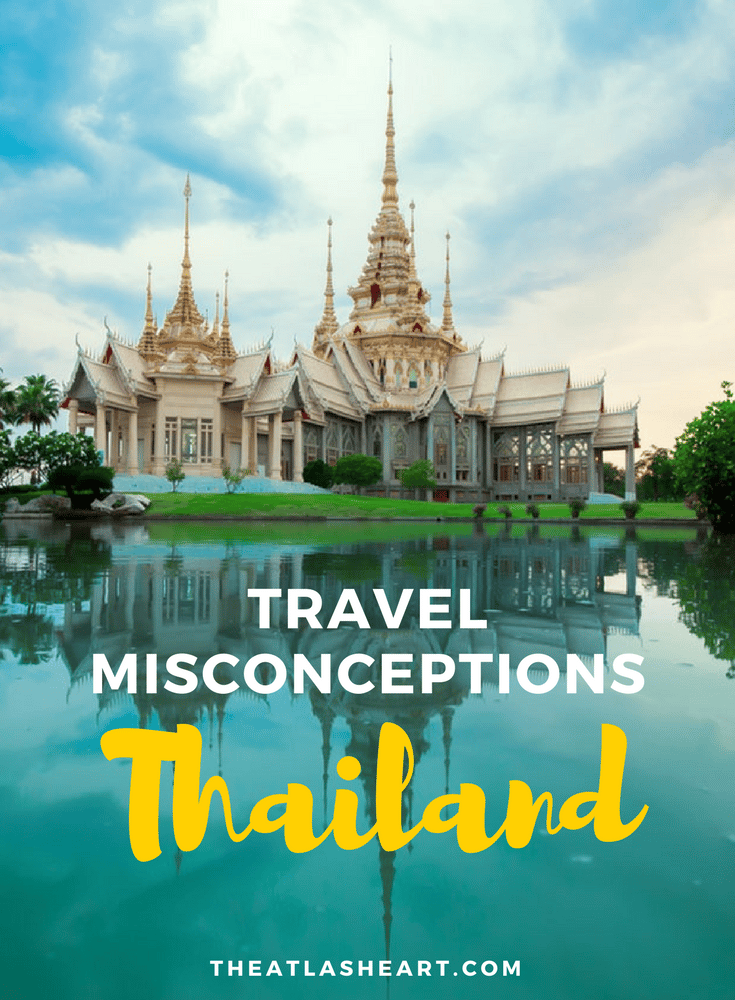 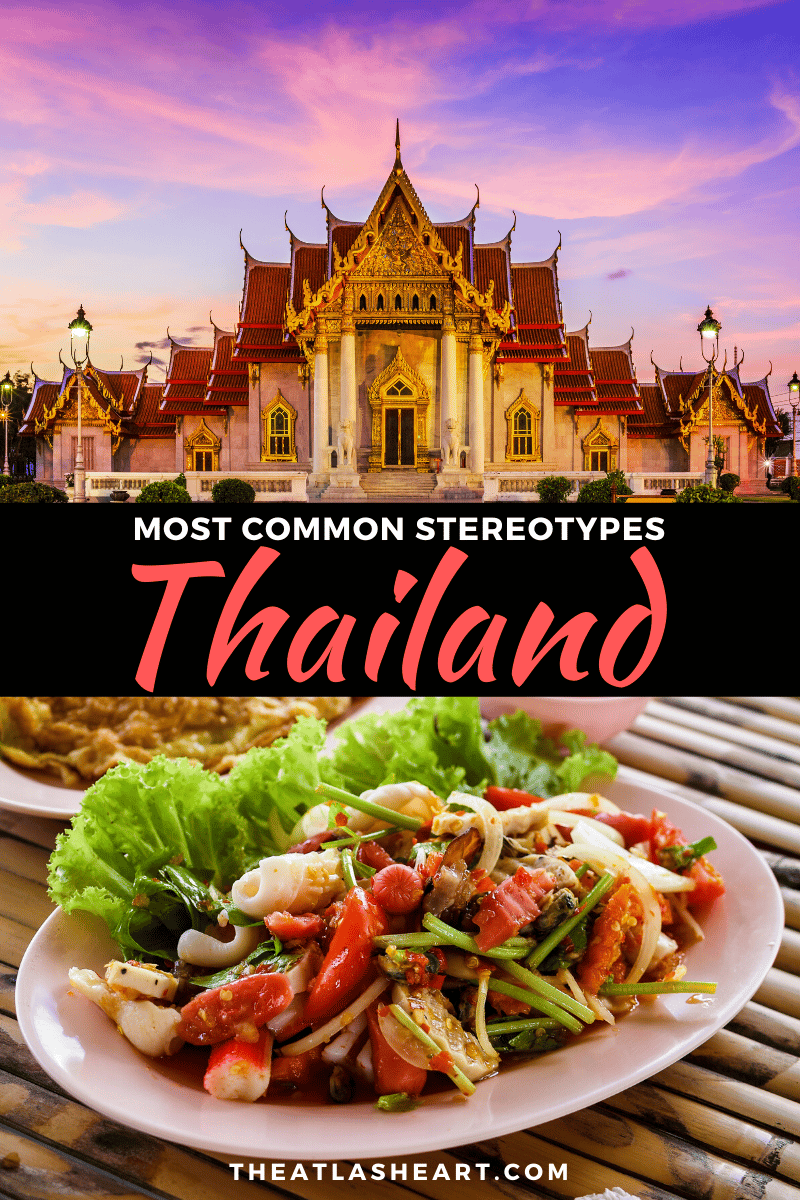