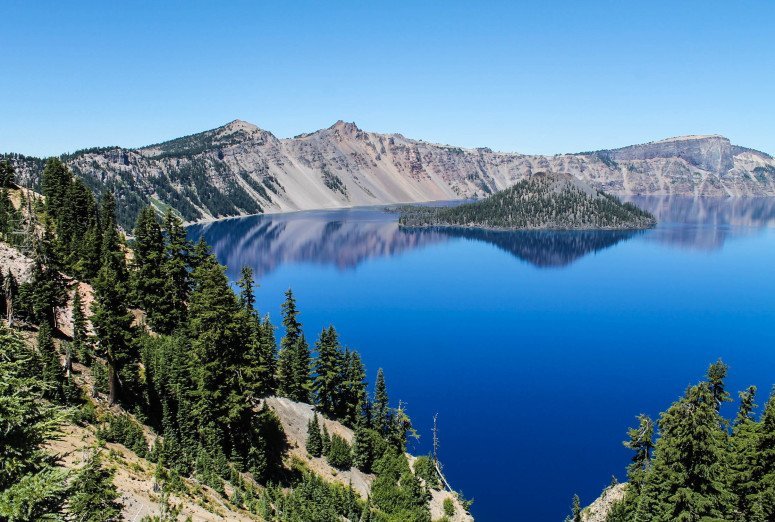 I remember the feeling I had when I first saw Crater Lake, that feeling of pure awe and amazement.

I’ve seen quite a few miraculous feats of nature, but none quite so pretty as the clear blue reflective waters of a sunken volcano.

Located in southern Oregon, Crater Lake is a popular road trip stop for those traveling through the Beaver State. It has been that way since the late 19th century because, did I mention, it’s AhhMAZING. 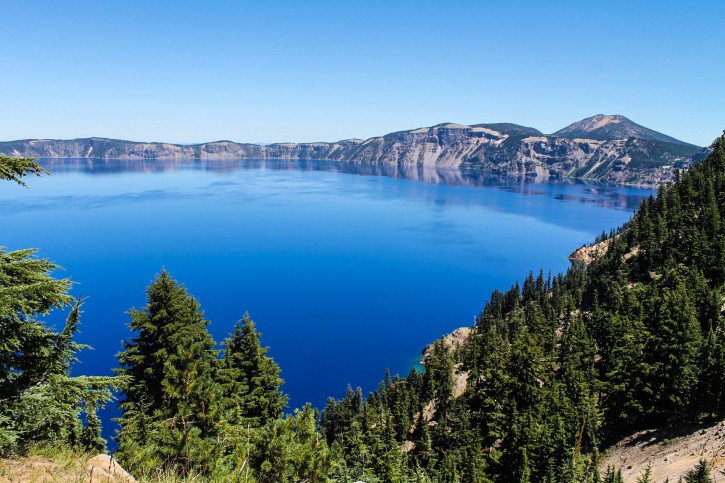 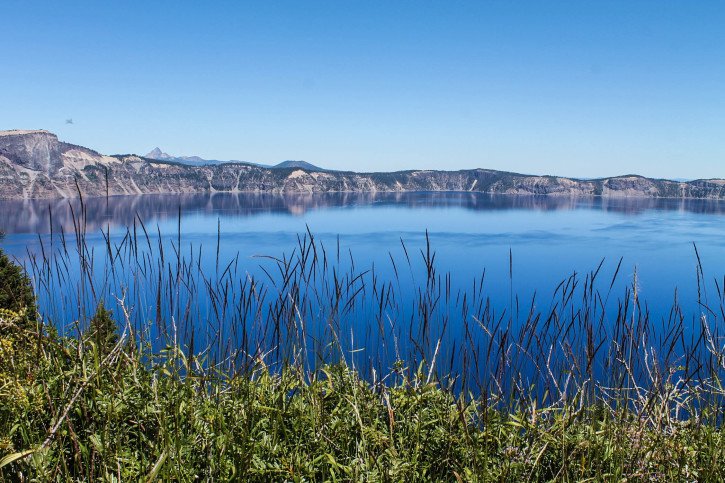 I visited the lake for a second time a couple of weeks ago, and I was hoping to go camping there for a night or two to take advantage of the many trails surrounding Rim Drive. Silly me, I didn’t realize just how much snow a place like Crater Lake gets on average.

The first time I had seen it was during the height of a sweltering Oregon summer, I didn’t even compute how high up I was in elevation, just that the air was a little windy and brisk for a summer day. I was too distracted by the glittering lake to pay that much notice.

Luckily, I checked the weather the day before we ventured to Crater Lake this time around and realized that none of the campsites would be open.

In fact, half of Rim Drive was closed until warmer weather came around again.

Regardless of this, I still wanted to take my partner to see this magnificent hidden lake that I couldn’t give justice to with just a verbal description. 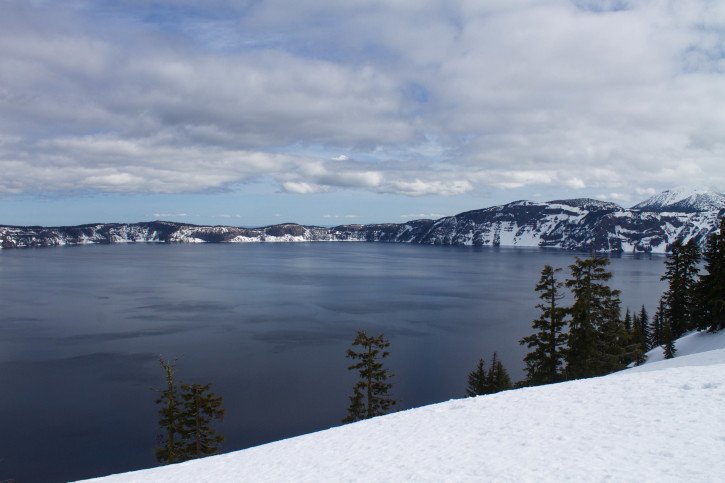 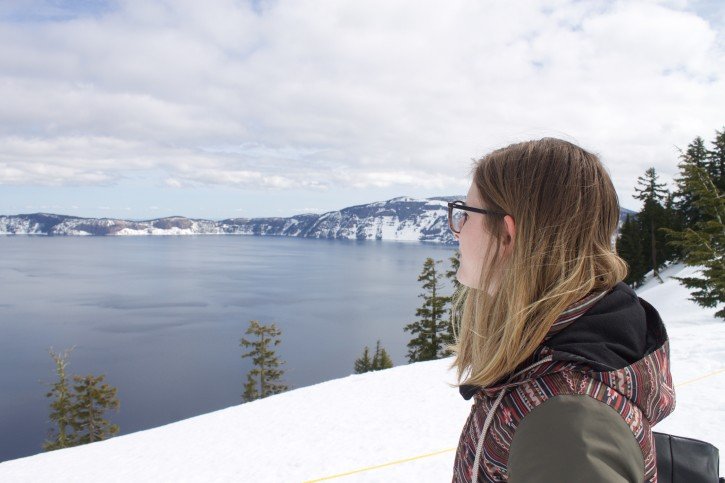 We drove the 2.5 hours to Crater Lake National Park from Bend and I watched as his face changed into awe the same way mine did the first time I saw it.

Again, words can’t really describe this place, but it’s safe to say that it’s my favorite spot in Oregon.

The lake looked so different in the winter. I loved the winter wonderland vibe and the semi-familiar feel to a place I had been only 6 months previously, but it wasn’t quite as magical as it was that sunny summer day.

Regardless of the season, your visit is still bound to have some magic in it. P

lus, there are plenty of things to do at Crater Lake at anytime of the year. 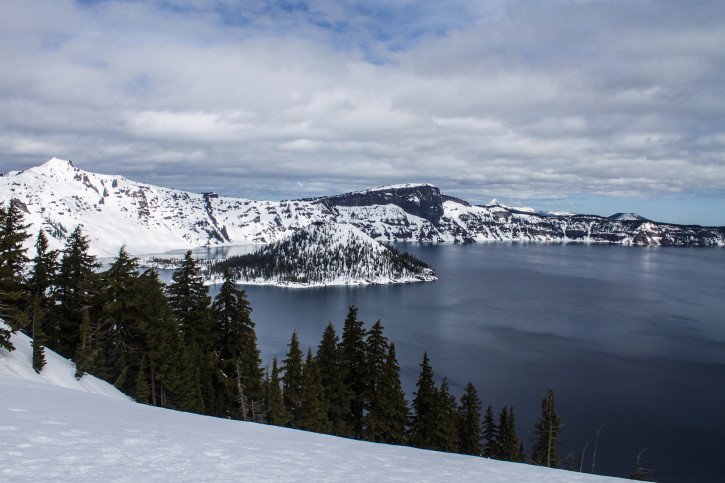 Crater Lake was formed over 7,500 years ago with a violent eruption from the volcano it used to be. The volcano, Mount Mazama, produced such an intense eruption that the volcano actually collapsed in on itself and crumbled, leaving a 2,148-foot caldera in its wake. 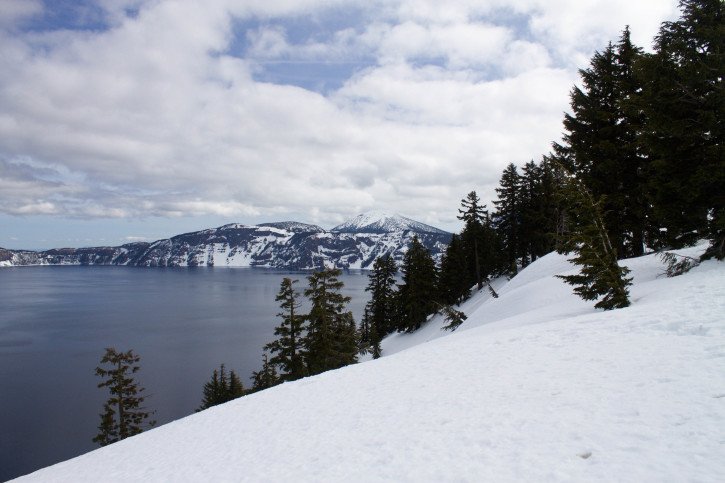 There are no rivers that flow into or out of the lake, the water comes strictly from rain and snowfall throughout the year. It’s the deepest lake in the United States and it makes the top 10 for one of the deepest lakes in the world. The lake is most famously known for its deep blue reflective color and its water clarity. The steep cliffs that surround the glimmering water are almost 2,000 feet high.

The lake sits at 7,100 feet above sea level, which explains its heavy snowfall – averaging about 483 inches per year. The snow doesn’t actually melt until about mid-July, so when I visited last summer it would’ve just melted in time for my arrival – little did I know. 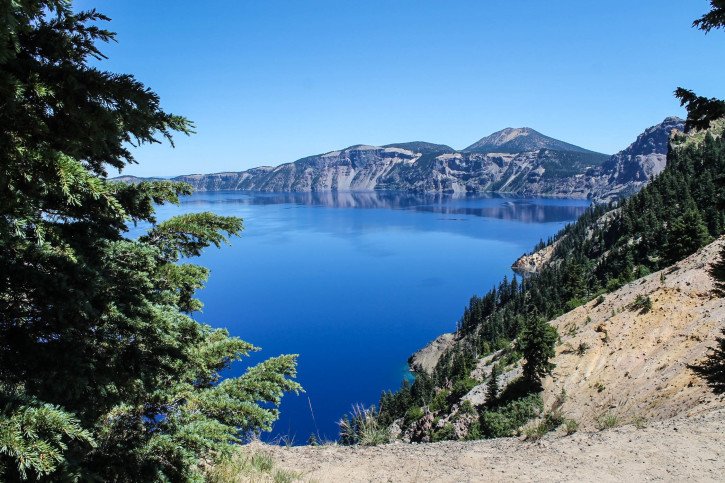 They do have snowshoe tours during the winter, but I hope to go back a third time before I leave Oregon to partake in some good old-fashioned summer hiking in the gorgeous subalpine area.

And even if I don’t make it back, I’m happy to have seen Crater Lake at both ends of the seasonal spectrum, it truly is an intriguing place to visit in southern Oregon.

Have you been to Crater Lake before? Do you find it more beautiful in the summer or the winter?

The Best Things to do in Florence, Oregon 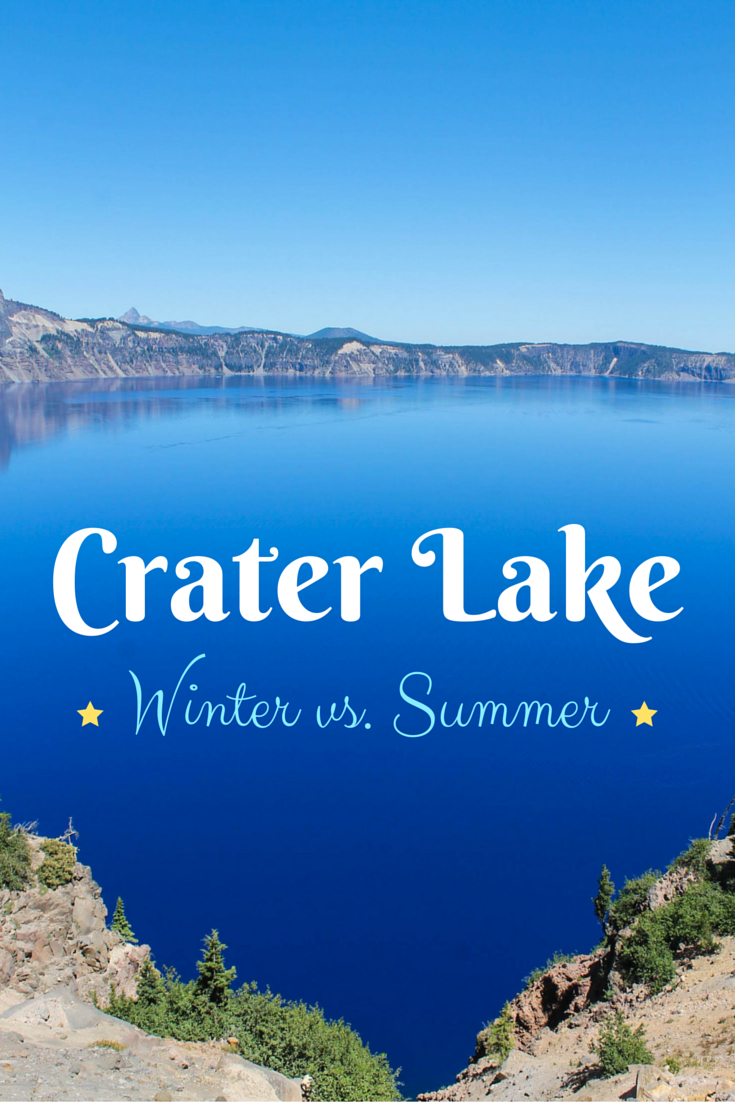